A new book and exhibition expounds both the personal and political aspects of Raymond Depardon’s experiences in the USA, from the 1960s to the 1990s 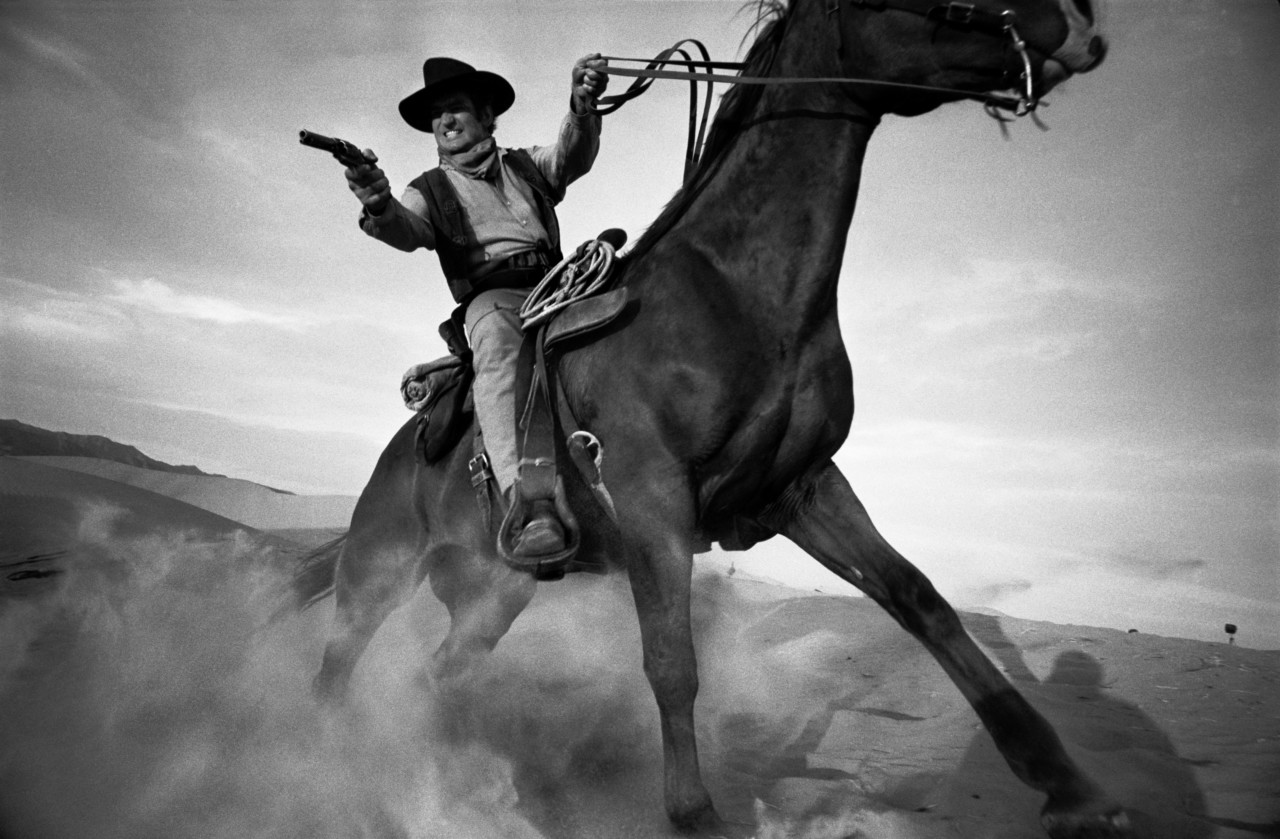 In Chicago, in 1968, Raymond Depardon made his first report across the Atlantic, covering the Democratic National Convention, which was being besieged by a 10,000 strong protest against the Vietnam War. In the summer of 1981, the photographer sent a photo and a caption from New York to the French newspaper Libération, once a day for a month. This New York correspondence marked, with his out-of-field images and his offbeat angles, a turning point in his photographic journey. In 1982, Raymond Depardon traveled west, from New Mexico to California via Colorado and Nevada. He then returned in 1999, this time confronting, in a tall format, the grandiose landscapes of Arizona, Montana and Dakota.

Curated by Philippe Séclier and Sam Stourdzé, ‘Depardon USA, 1968-1999’, brings this expanse of work together for the first time at the Rencontres d’Arles. Alongside the exhibition a new book, ‘Depardon USA’, will be published by Editions Xavier Barral. The following excerpt by Philippe Séclier, taken from the book, explores the political flash-points captured by Depardon, as well as the personal stories behind his documentation of aspects of the country. 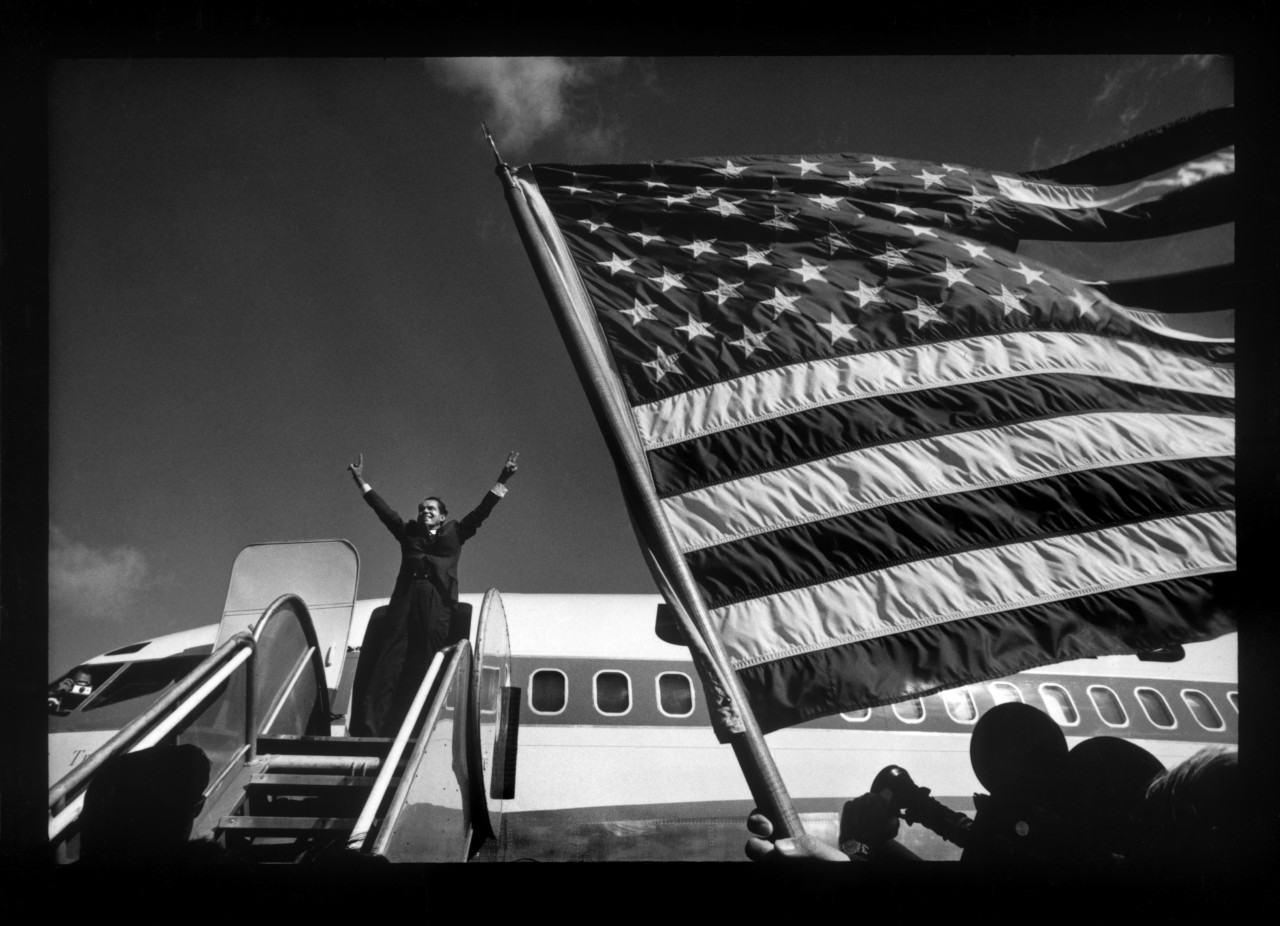 Born in 1942, Raymond Depardon belonged to the generation that saw America come to the rescue of Europe and then propagate its cultural model after the Second World War. “Everyone was happy to greet the soldiers of the US Army in their GMC cargo trucks, with their stylish fatigues. I remember running with my brother Jean to swap apples from Le Garet farm for chewing gum. Later, in 1952, my godmother, Madeleine Brenon, who was my father’s niece and worked in the clothing industry, was invited to the Levis plant in Wichita Falls, Texas. She brought me back a pair of jeans and a jacket, plus a huge illustrated map of the US that I hung up in my bedroom. I looked at it all the time and in the end, I knew it off by heart. In those days we were completely sold on the American dream. When I had my first darkroom, at the age of 14, I even called it atomic labo, not really knowing the meaning of this word which was fashionable in those Cold War times.” 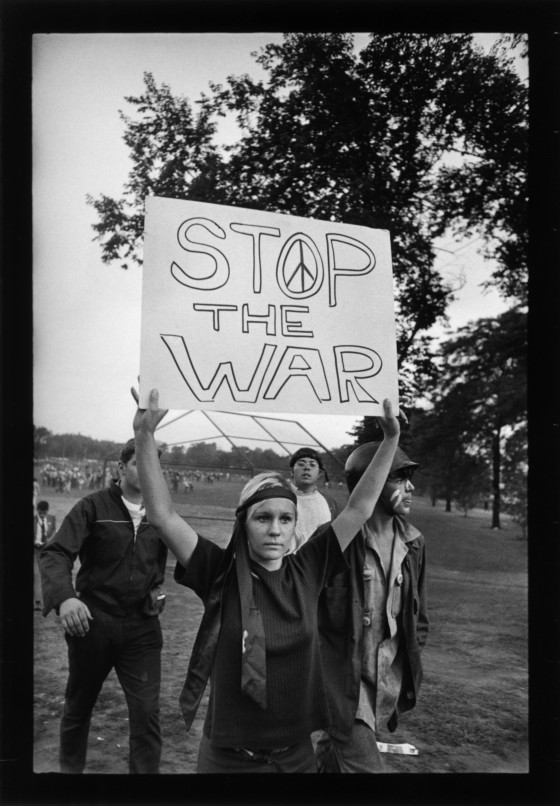 "In those days we were completely sold on the American dream"

In 1961, when he was covering the first anniversary of independence in Côte d’Ivoire for the Dalmas agency, Depardon met Robert Kennedy, then Attorney General, who was among the official guests. “At one point he sat on a step to rest and ate an orange. He gave me half and we started talking about his country, notably about the problems of racial segregation. I slipped into the conversation the fact that I was hoping to train as a photojournalist in the United States. He told me to write to him in Washington. A few weeks later, I was sent the address of the Missouri School of Journalism in Columbia, but I never followed up. I had already started something else.”

In fact, Depardon learned his trade on the job. He was obsessed with only one thing: getting his photographs published. He was there to catch ministers after cabinet meetings and on the lookout at lm premieres; he followed sensational news and covered internationally significant events such as the construction of the Berlin Wall in 1961, the war in Algeria, the beginnings of the Vietnam War and the Tokyo Olympics in 1964. Gamma, the agency that he founded with Hubert Henrotte and Hugues Vassal in November 1966, boosted his career. 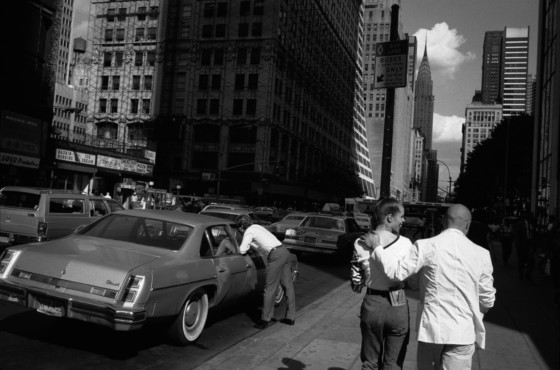 Depardon was soon joined there by Gilles Caron, and the two men formed a tandem that was unique in French photojournalism. Both men lived to the rhythms of the convulsions of the planet: the Six-Day War, the occupied territories in Palestine, the famine and civil war in Biafra, the rebellion in Chad. “We were fascinated by America, which was very much in the lead in terms of photojournalism. We therefore put in place a system that we called the ‘French Touch’ which was very efficient and innovative, and which consisted in making photos long before this or that magazine got around to commissioning us.”

"I thought about nothing but photography"

In May 1968, when Caron was photographing the student revolt in Paris, Depardon was in the Persian Gulf. From there he went on to follow Pope Paul VI in Colombia and then continued, in late August, with the Democratic National Convention in Chicago. “The organizers provided me with a magnetic pass and a box of aspirin. They also gave out a little note about which apertures to use, depending on the lm and on the light in the hall. It was bliss!” 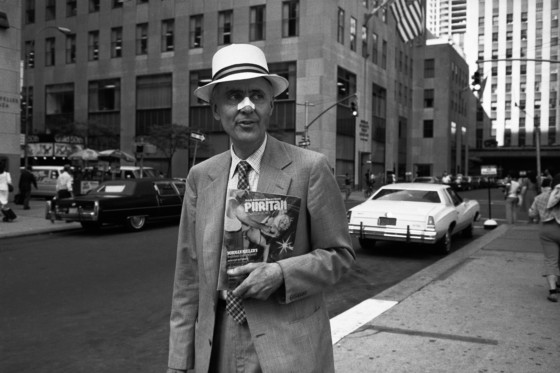 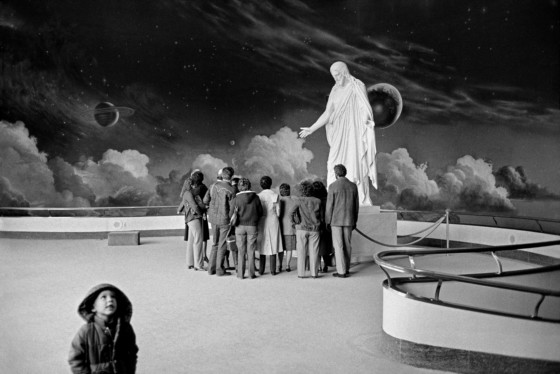 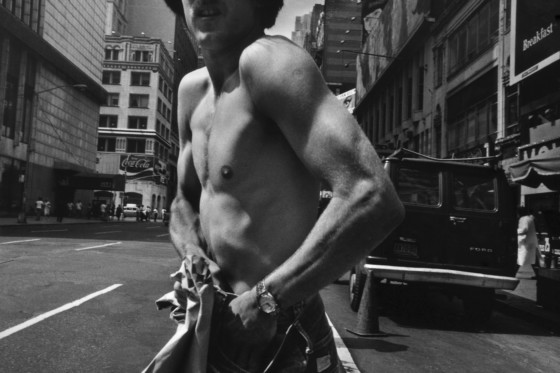 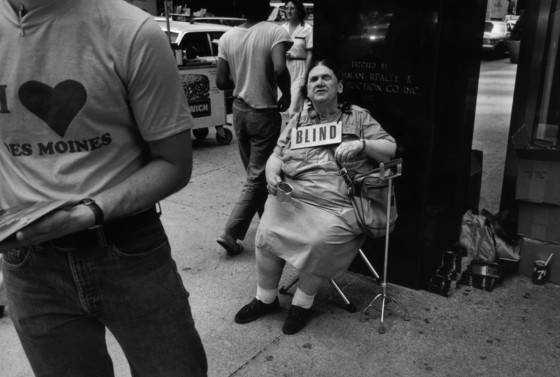 On 28 August a demonstration was held in Grant Park against both the Vietnam War and the incumbent president, Lyndon Johnson. The marchers were prevented from approaching the International Amphitheatre, where the assembled Democrats were about to elect the senator for Minnesota, Hubert Humphrey, as their candidate for the coming presidential election. Depardon had a front-line view of the face-off with the forces of order: “August 1968 is their May ’68. But the revolt is not the same. What is urgent in the United States is putting an end to the Vietnam War and racial segregation. The protest contestation was also extremely widespread, but it didn’t take the same form. This was in the middle of the peace and love movement. Not that the Feds were taking things lightly, mind you . . . . I was lucky because I was the only European photographer.” 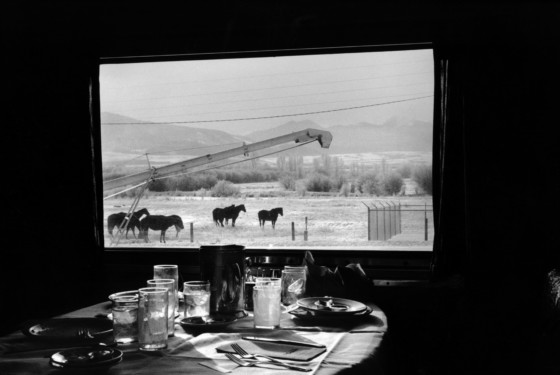 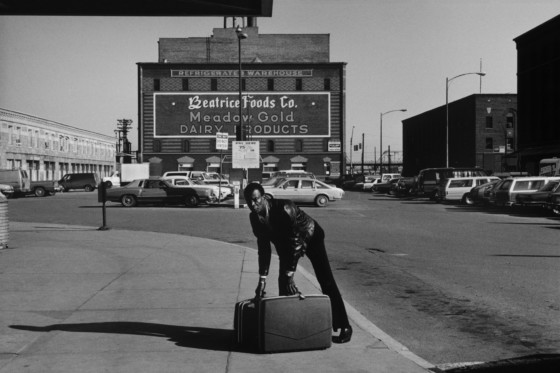 Elected 37th president of the United States, Richard Nixon declared that he wanted to start the process of withdrawing the American military from Vietnam, but the conflict had now spread into Cambodia. Indeed, it was on a stretch of the road linking the two countries, Route 1, controlled by the Khmer Rouge, that Caron disappeared in April 1970. “We never knew and will never know how Gilles died. We couldn’t bring ourselves to believe it. We were sure that he was going to come back.”

Depardon was in a state of shock. He had lost both a partner and a friend. He was so out of sorts that in winter 1970 the Gamma agency decided to send him to Los Angeles to recover. Staying at the Tropicana Motel on Santa Monica Boulevard, in West Hollywood, he spent three months there making himself numb with work.

"We never knew and will never know how Gilles died" 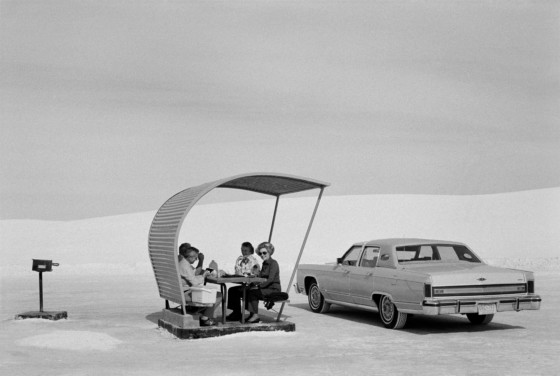 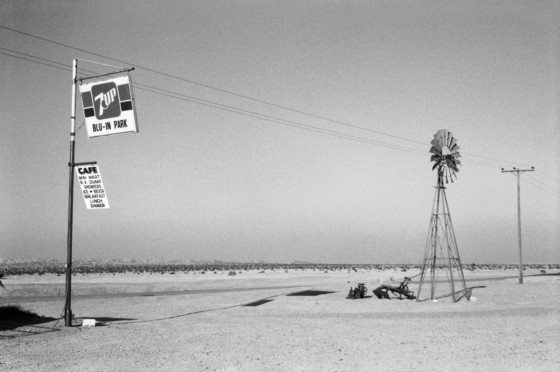 “I thought about nothing but photography. That long stay in the Californian sun did me a lot of good. Marysa Maslansky, Roger Vadim’s former secretary, organized all my appointments. I could go from a Western shoot with John Wayne to private photographs of Robert Wagner and Natalie Wood, or Lee Marvin. I also watched the filming of Vadim’s Pretty Maids All in a Row, in Malibu, with Rock Hudson and Angie Dickinson. I did a lot of work with Metro-Goldwyn-Mayer. As Europe was an enormous market for them, they were interested in having a French studio photographer. That job helped me improve my technique. You had to really concentrate, to act quickly, work only in color and in Kodachrome. Photographing actresses is all about learning where to position yourself in relation to your subject and working with the light on a face. American standards, which were the benchmark in those days, helped me develop in my work and become more rounded.”

For all the details on Magnum photographers showing work at Arles, go here. 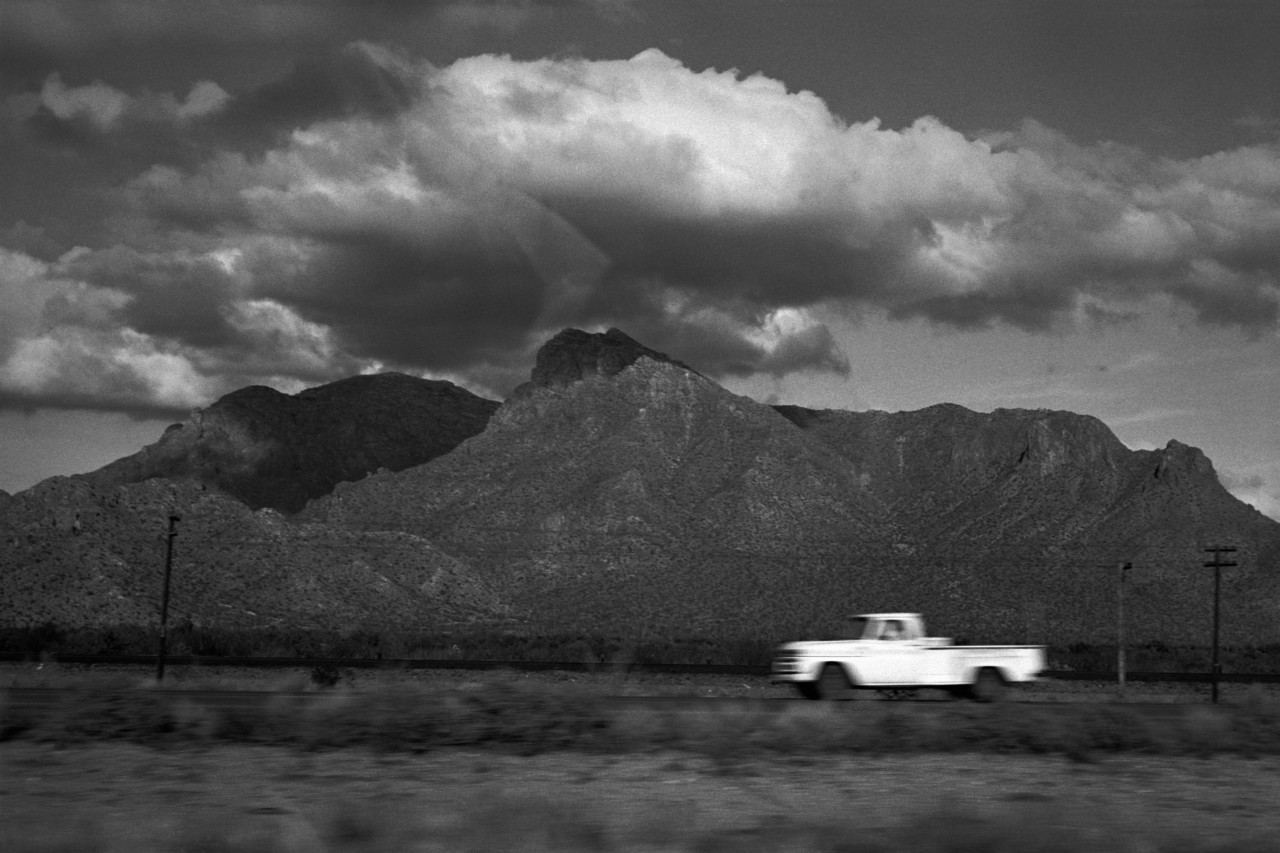