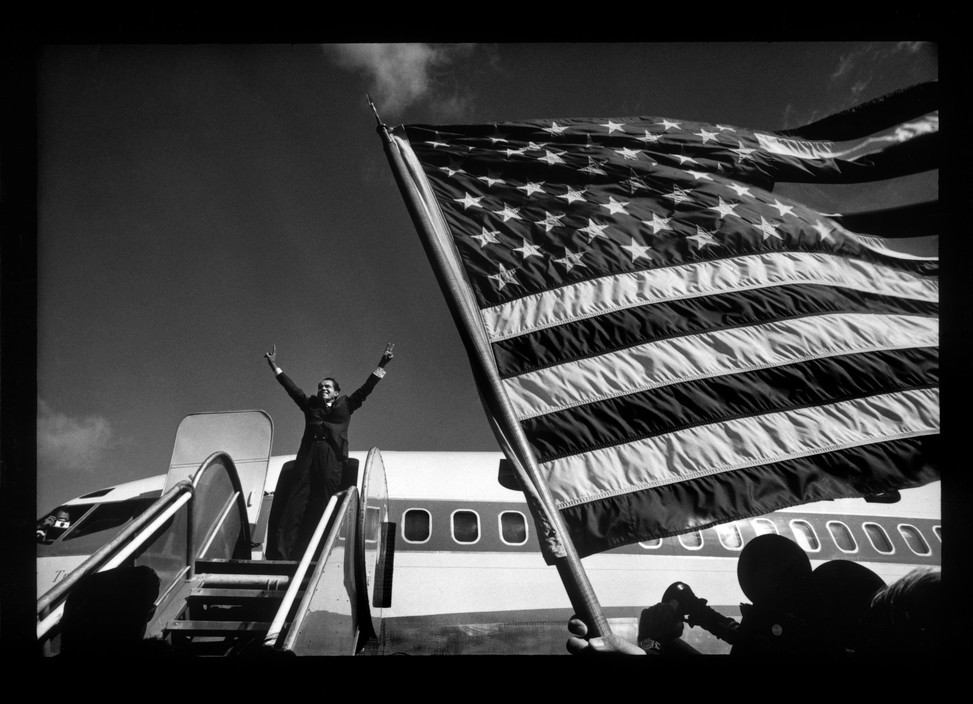 The annual Rencontres d’Arles photography festival is due to take over the town of Arles, in the South of France this summer, for its 49th instalment. Opening at 30 venues across the city, in public spaces, galleries, museums, the festival’s programme maps out the world of photography, spanning both historic and contemporary artistic practices.

The overarching topic at this year’s festival will be ‘Back to the Future’, providing a thematic springboard from which photographers explored themes as varied as concepts surrounding the political events and the legacy of the year 1968, transhumanism, and America through the ages, from Robert Frank’s The Americans to Trump’s ‘Make America great again!’ rhetoric. As the festival’s director, Sam Stourdzé, writes, “Photography is often the best‐placed medium for registering all the shocks that remind us the world is changing, sometimes right before our eyes.”

Magnum Photos will be well represented at this year’s fair, with a number of photographers’ work included in the programme. The full list of events can be viewed below. 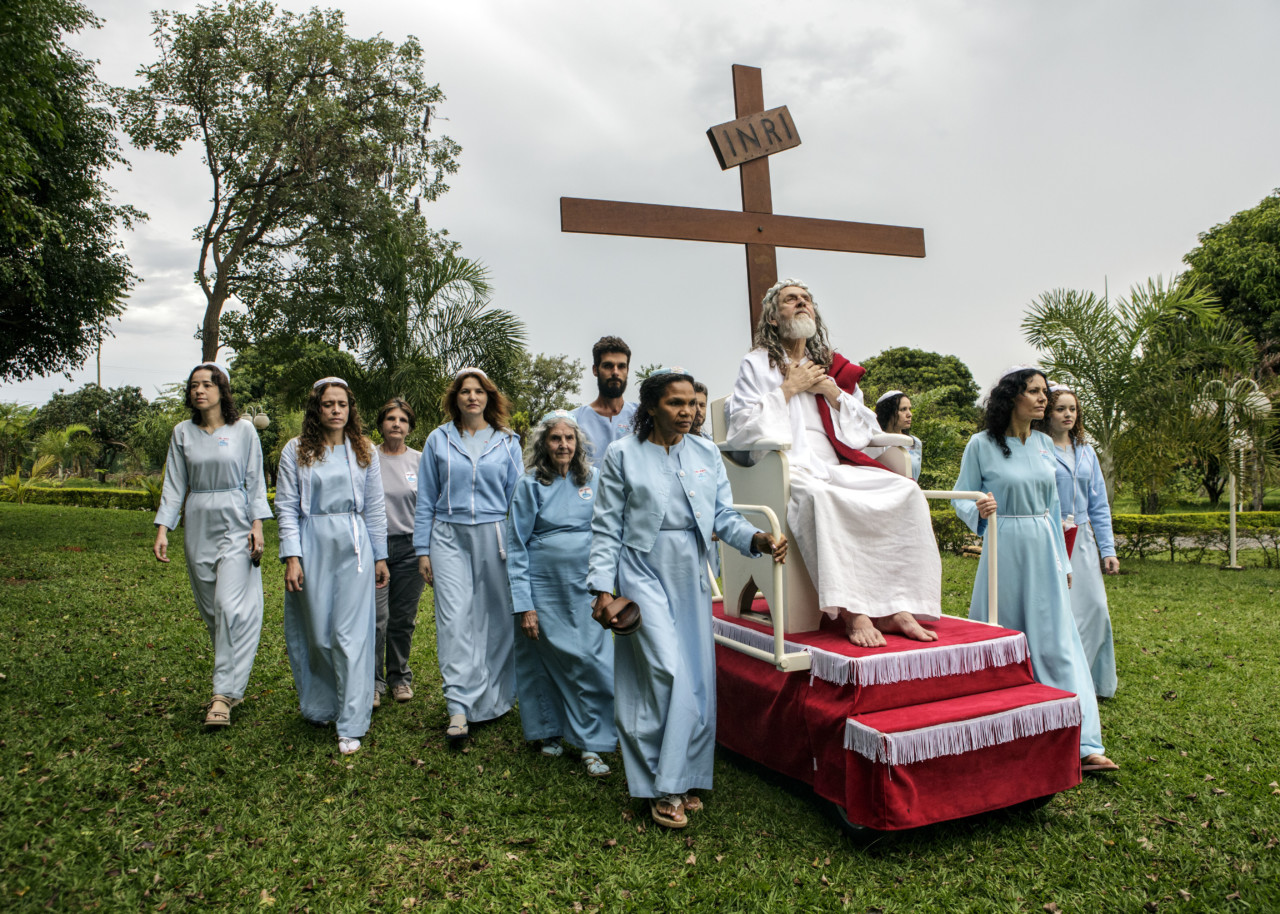 Jonas Bendiksen Inri Cristo’s disciples rolling him around on the compound grounds on his rolling pedestal. From the book “The Last Testament”. Brasilia, Brazil. 2014. © Jonas Bendiksen | Magnum Photos
License |

Jonas Bendiksen follows seven characters from around the world who, reassured by their followers, consider themselves the new messiah. Through personal testimonies and intimate portraits, The Last Testament investigates the boundaries of religious faith and a world in need of salvation, yearning for a new prophet.

On 4 July, the photographer will lead a guided tour at 3 pm, finishing with a book signing at 3.45 pm. 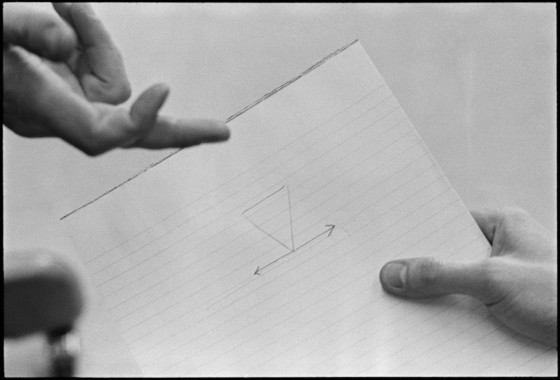 In Midnight at the Crossroads, Cristina de Middel and Bruno Morais look at transhumanism and changes in Èsù, the spirit that controls life’s movement. The exhibition explores the deep roots of African spirituality through four strategic shores: Benin, Cuba, Brazil, and Haiti. Over three decades Raymond Depardon traveled intermittently across America, examining the country through the lens of a foreigner. From photographing a Democratic National Convention beleaguered by anti-Vietnam War demonstrations in 1968 to the epic landscapes of Arizona, Montana and South Dakota — Depardon USA, 1968-1999 brings together 75 photographs from his American oeuvre, many yet to be published.

Meanwhile in Paris at the Magnum Gallery, Raymond Depardon’s Correspondance New Yorkaise 1981–2017 is being exhibited.

This exhibition combines the images of The Original New York Correspondence of 1981, where he took one photograph per day for French newspaper Liberation, with photographs of New York taken in 2017, creating an unexpected portrait of the city. 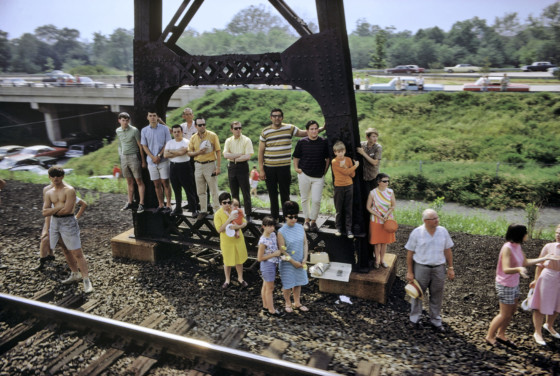 On June 8, 1968, three days after the assassination of Robert F. Kennedy, his body was transported in a funeral train from New York to Washington, passing huge crowds that had assembled to say their final goodbyes. The Train looks at this historic event through three distinct works. The work of Magnum photographer Paul Fusco will form part of the exhibition.

Actes Sud will be showcasing a selection of prints from books edited by Robert Delpire, including 10 images from Richard’s Kalvar‘s Photo Poche – one of the last books to be edited by the late photo editor. 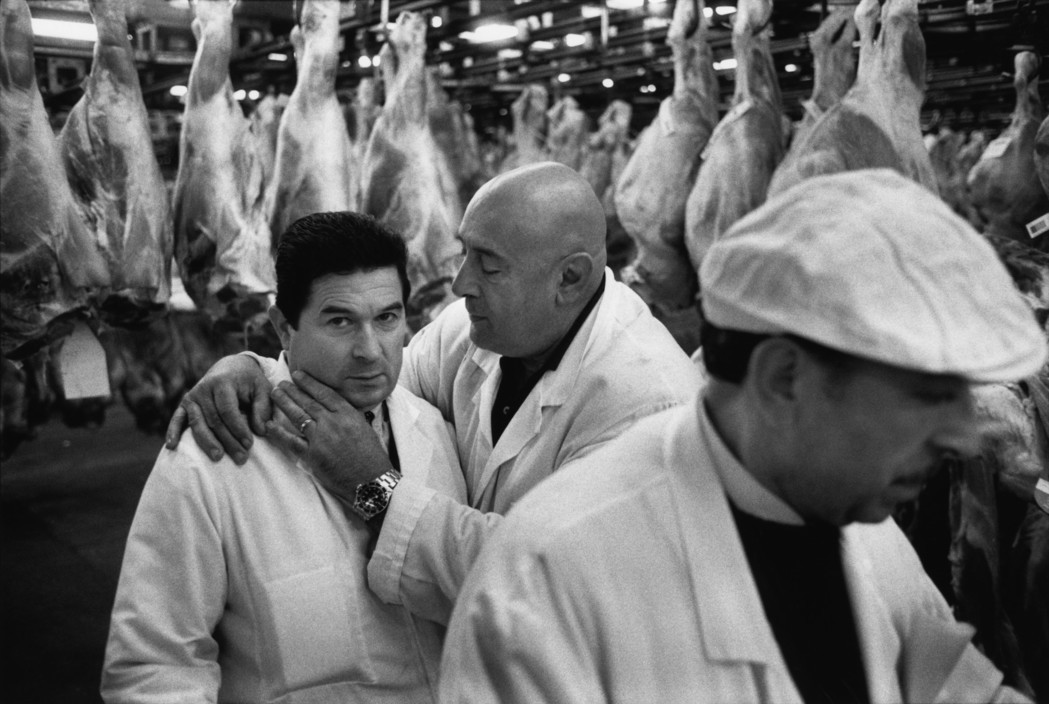