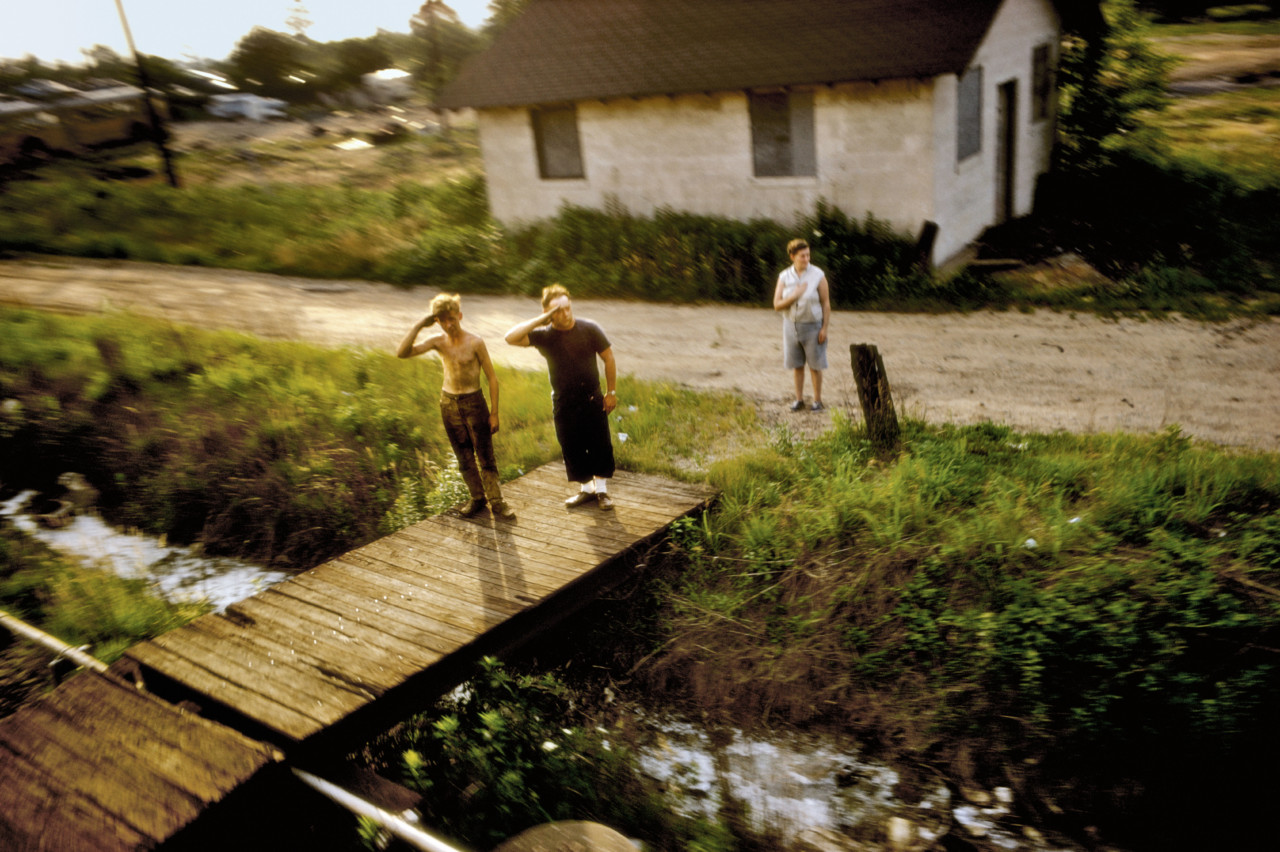 A newly-expanded collection of contact sheet prints, featuring seminal Magnum images and records of history-defining moments, includes images from this story by Paul Fusco. Contact sheets reveal the ‘befores’ and ‘afters’ of the making of classic images: read more about them in Magnum’s series here. Shop Fusco’s RFK funeral train print here, and explore the whole contact sheet collection on the Shop here.

“The blow was monumental. Hope-on-the-rise had again been shattered and those in most need of hope crowded the tracks of Bobby’s last train stunned into disbelief and watched that hope trapped in a coffin pass and disappear from their lives,” reads a quote from Paul Fusco on the final page of his critically-acclaimed photo-book RFK Funeral Train. Published thirty years after Fusco captured the aftermath of the assassination of the Democratic, presidential candidate Robert F. Kennedy in June 1968, this collection of fifty-three photographs, all shot in color, is a poignant document of a nation in mourning. 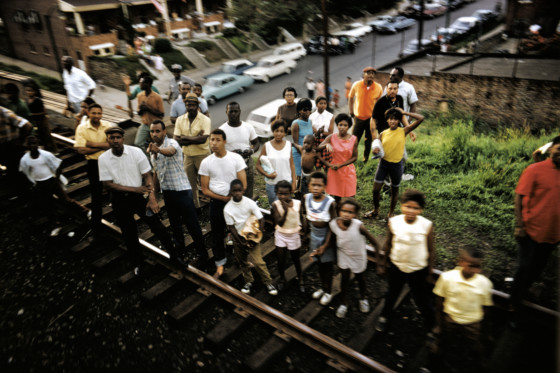 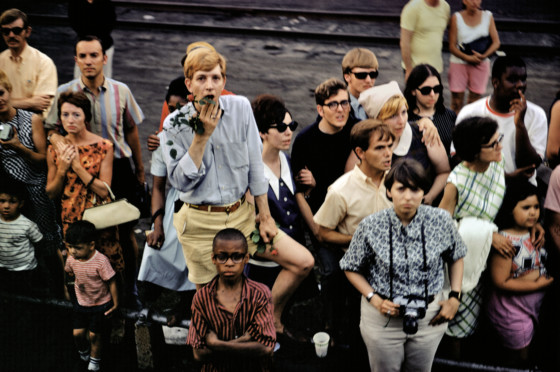 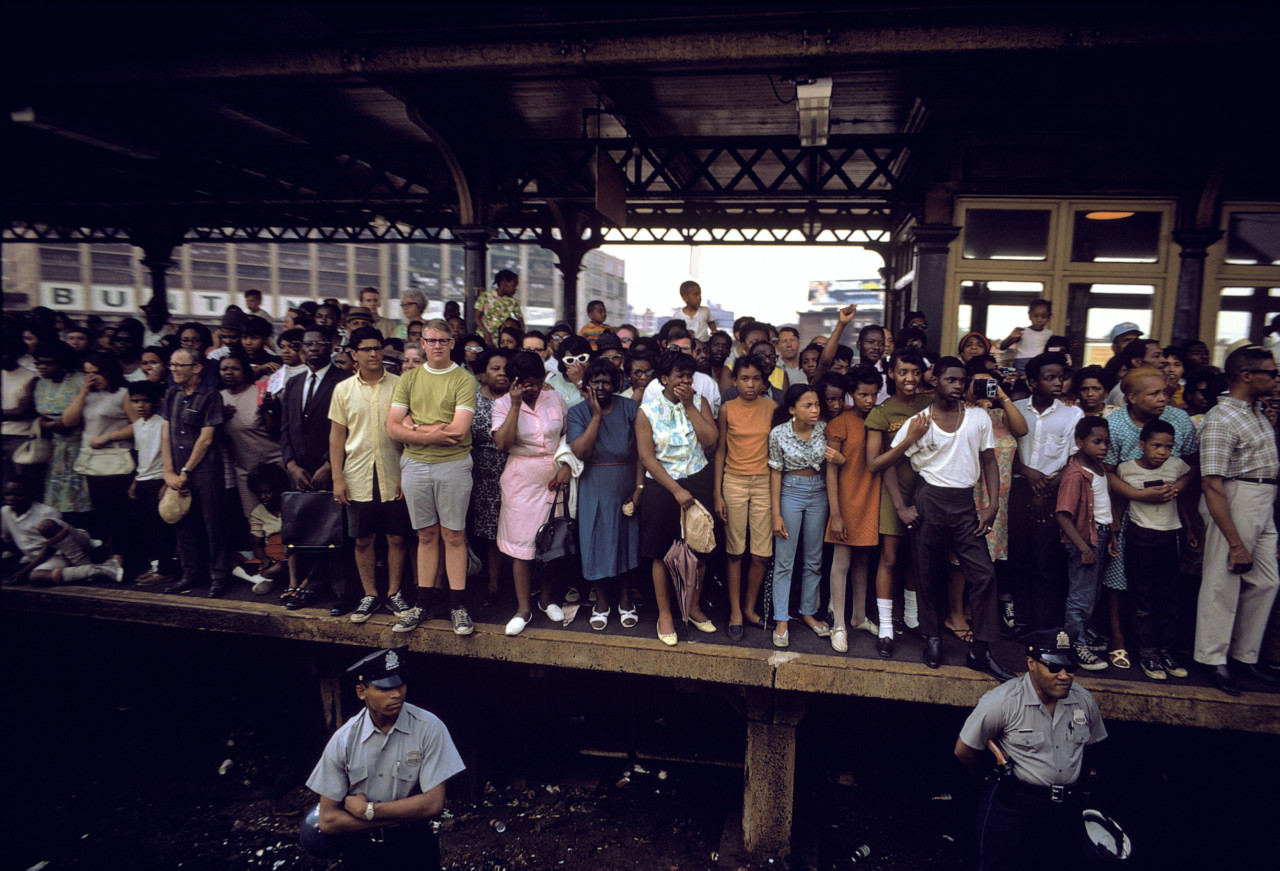 On commission from Look magazine, Fusco was given exclusive access to photograph from onboard the train carrying Kennedy’s body along the East coast, from NYC to the Arlington Cemetery in Washington, DC; as they are in the book, the images here are laid out in chronological order to reflect that route. A second edition of the publication, Paul Fusco: RFK, includes additional coverage of the funeral at St. Patrick’s Cathedral in New York, and the night burial in Arlington with members of the Kennedy family. This first edition is however focused solely on the two million people who lined the tracks to catch a glimpse of Kennedy’s coffin; the diversity and sheer number of those who populate the frames reflecting the terrible loss felt by individuals from all walks of life, across the nation. 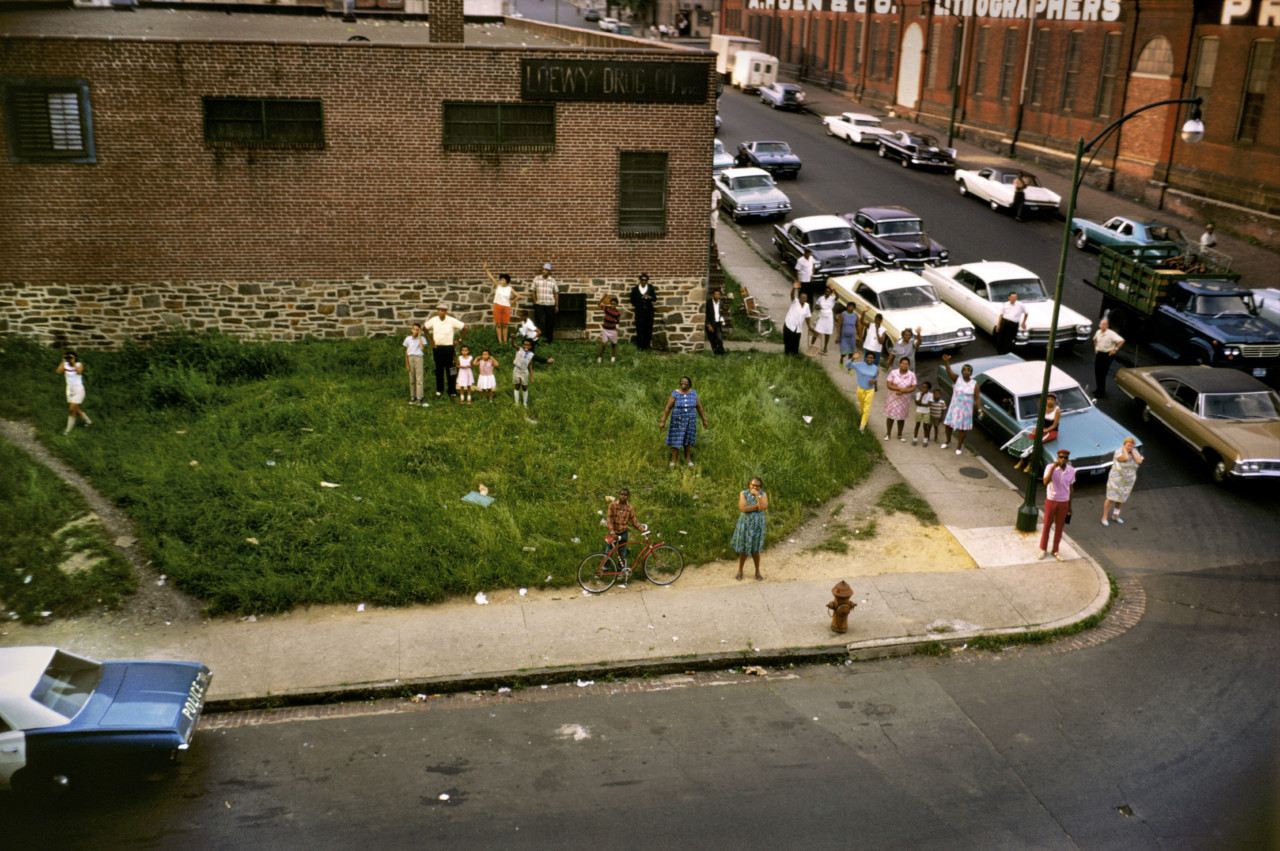 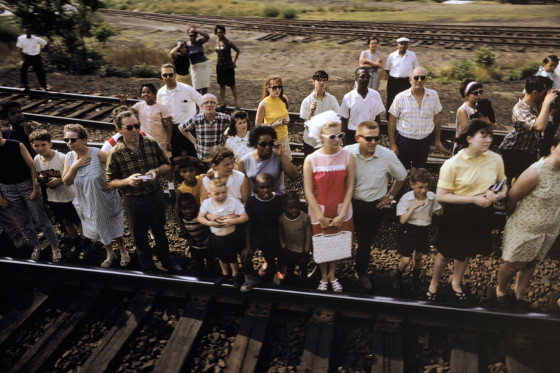 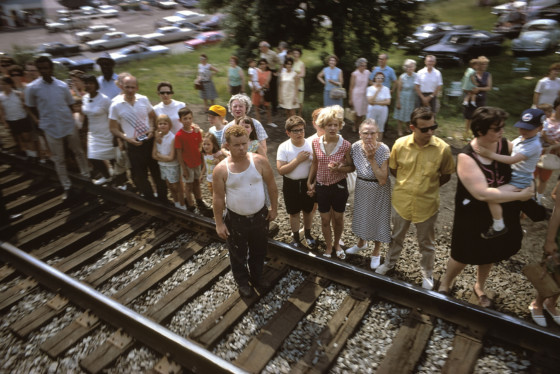 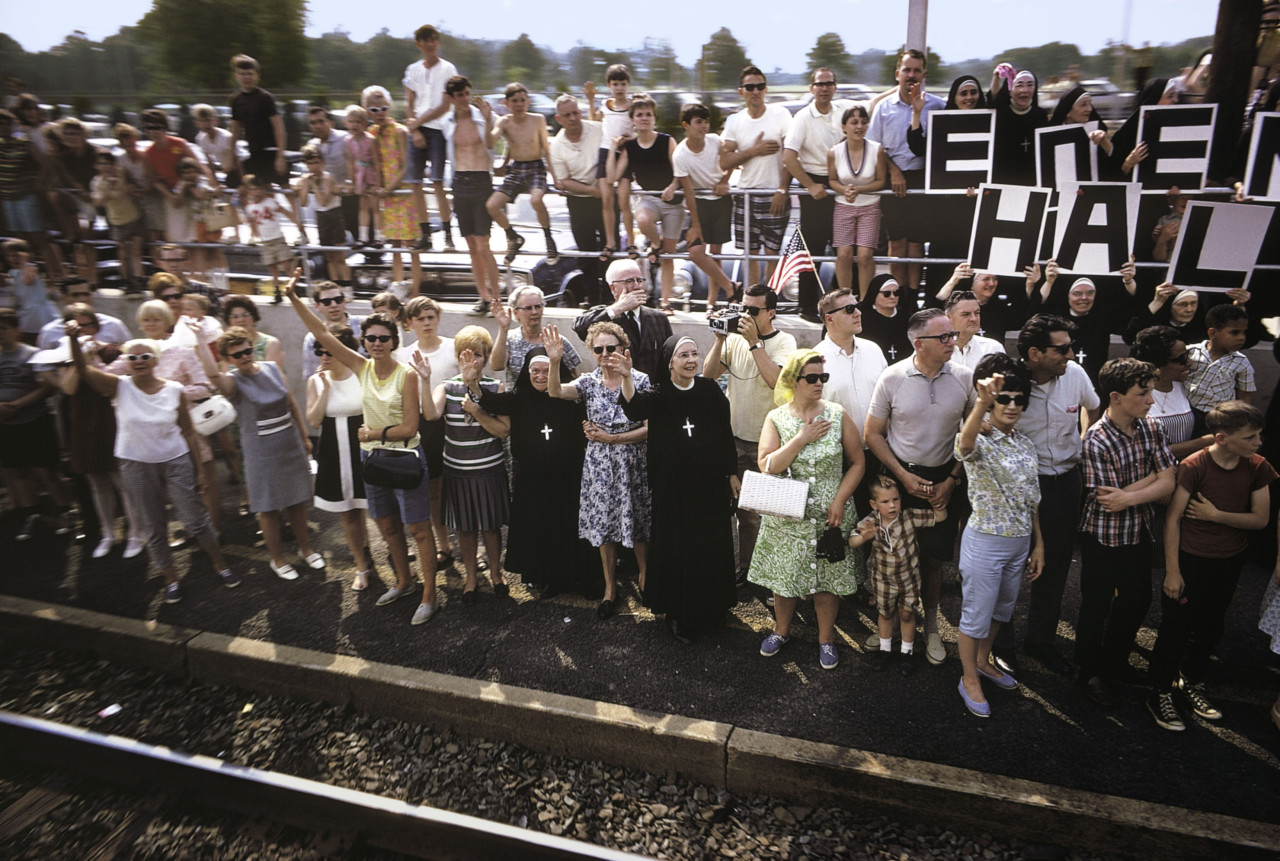 "When Bobby rose to try to reestablish a government of hope the hearts of Americans quickened and excitement flared. Then tragedy struck again" 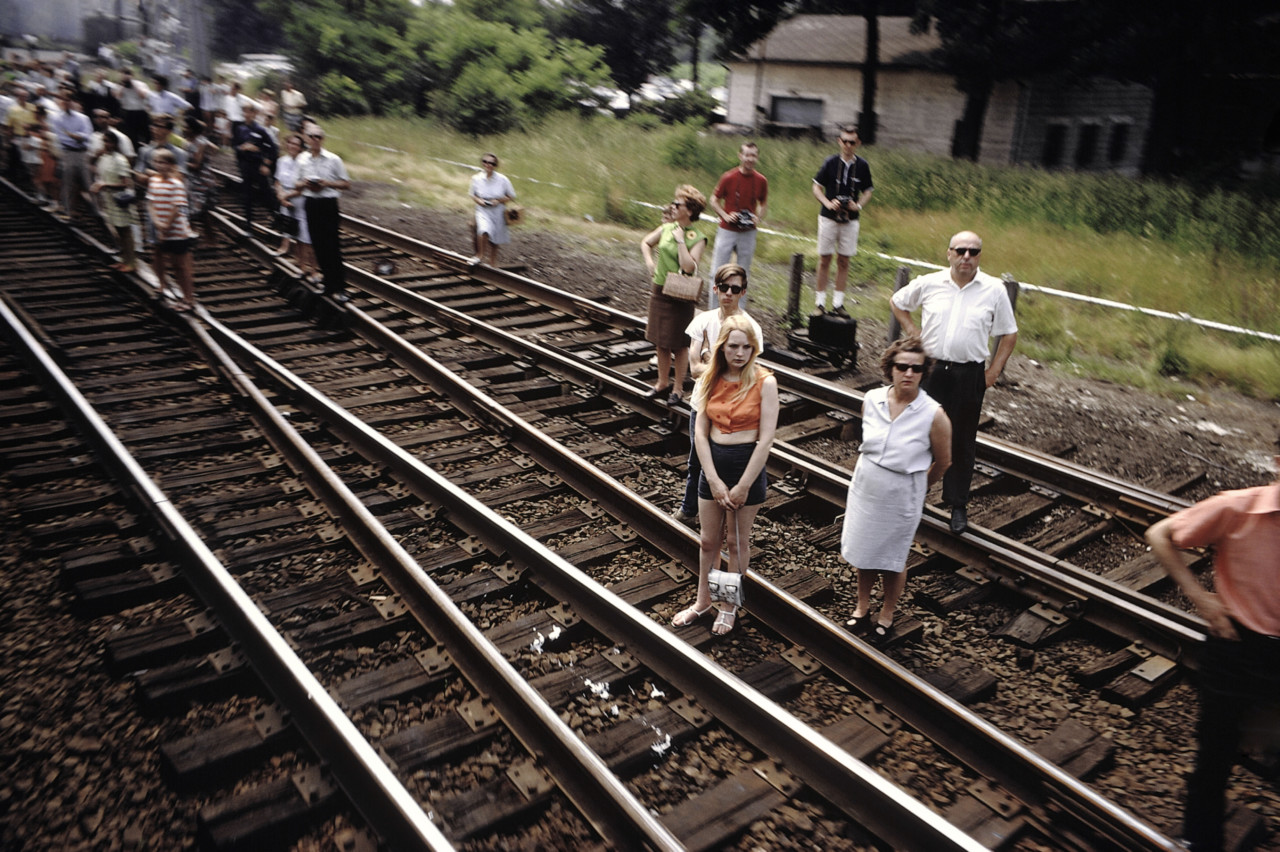 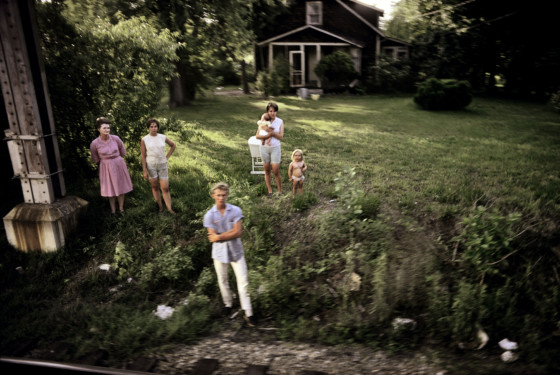 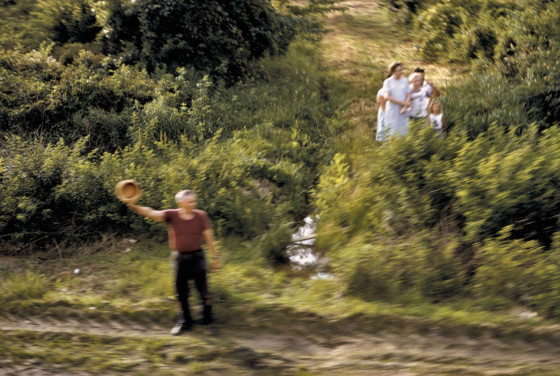 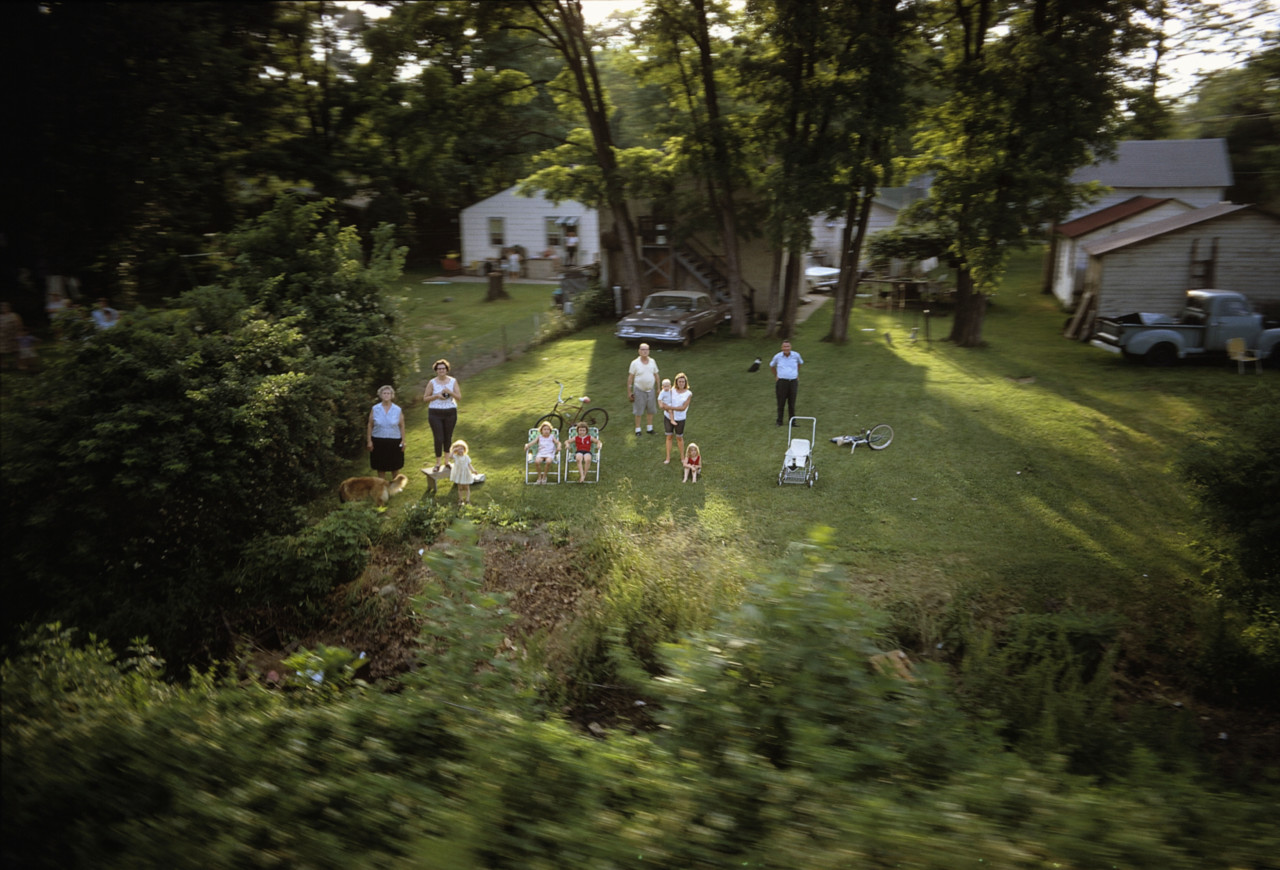 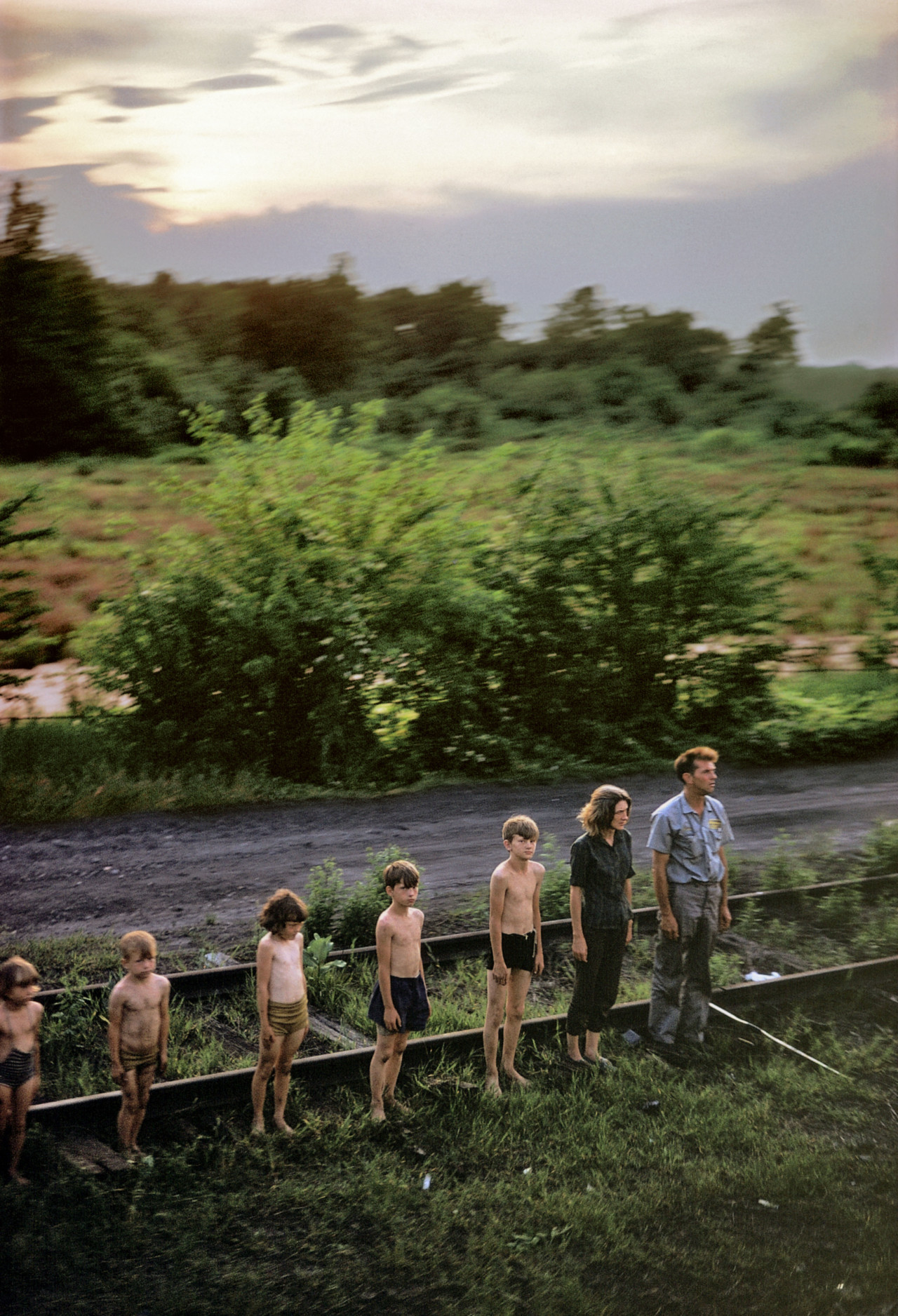 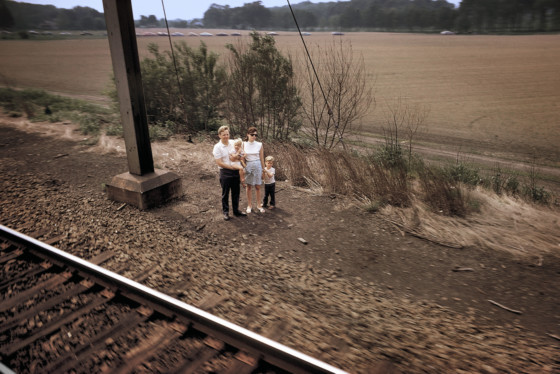 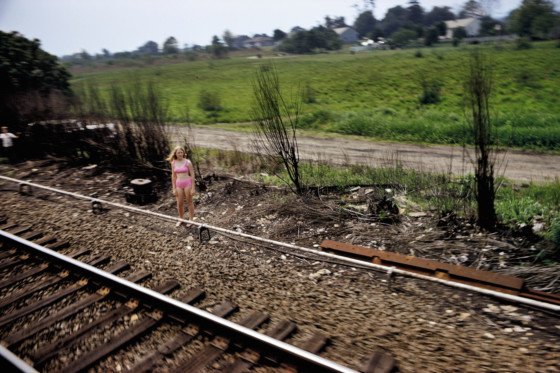 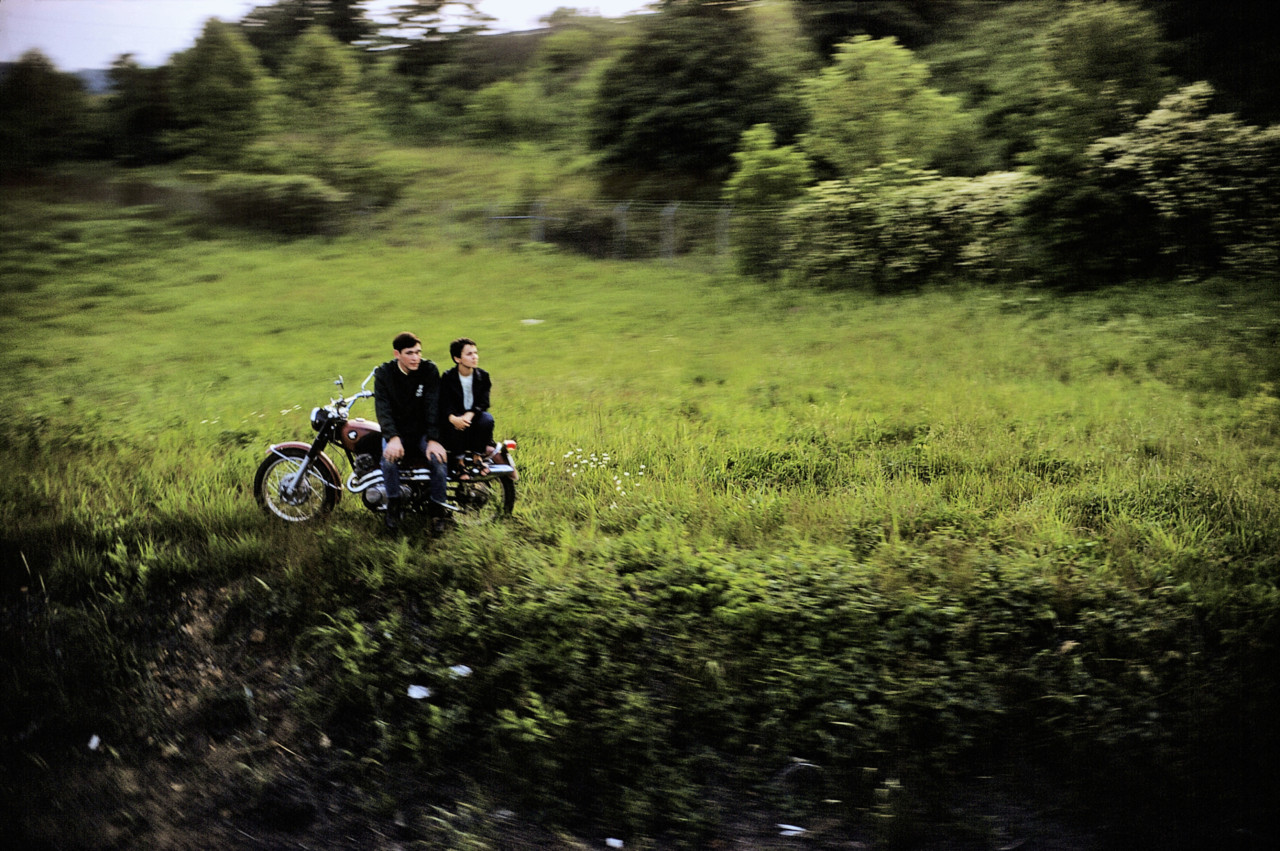 "A river of working-class people came down to march past Kennedy's coffin, and this endless line of people had really loved him, loved Bobby Kennedy like no political figure in years had been loved" 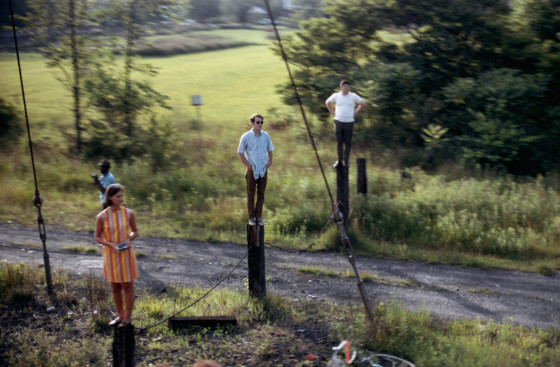 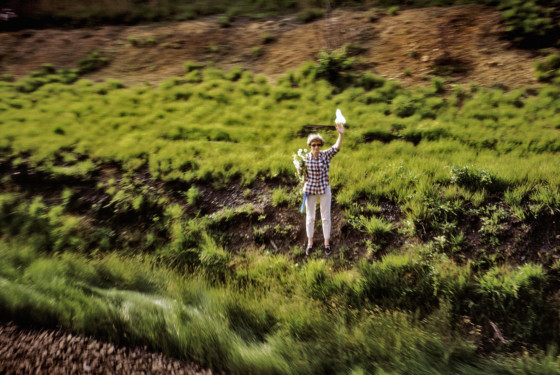 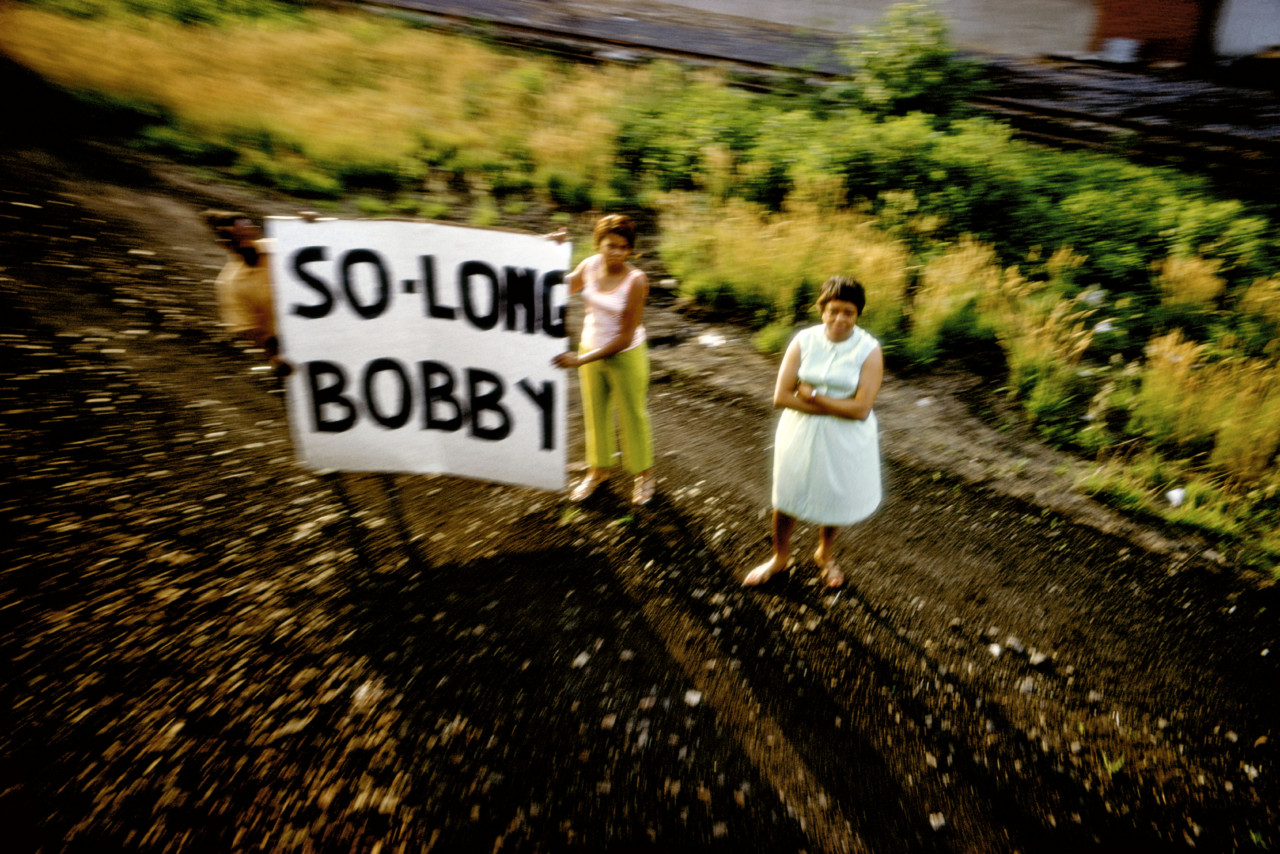