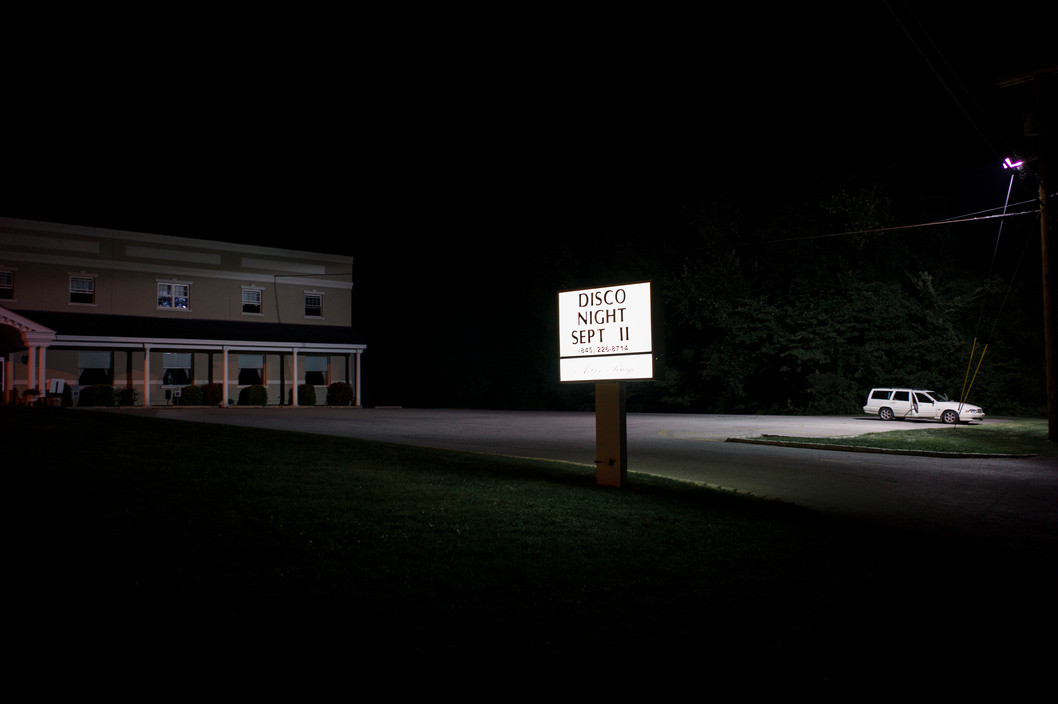 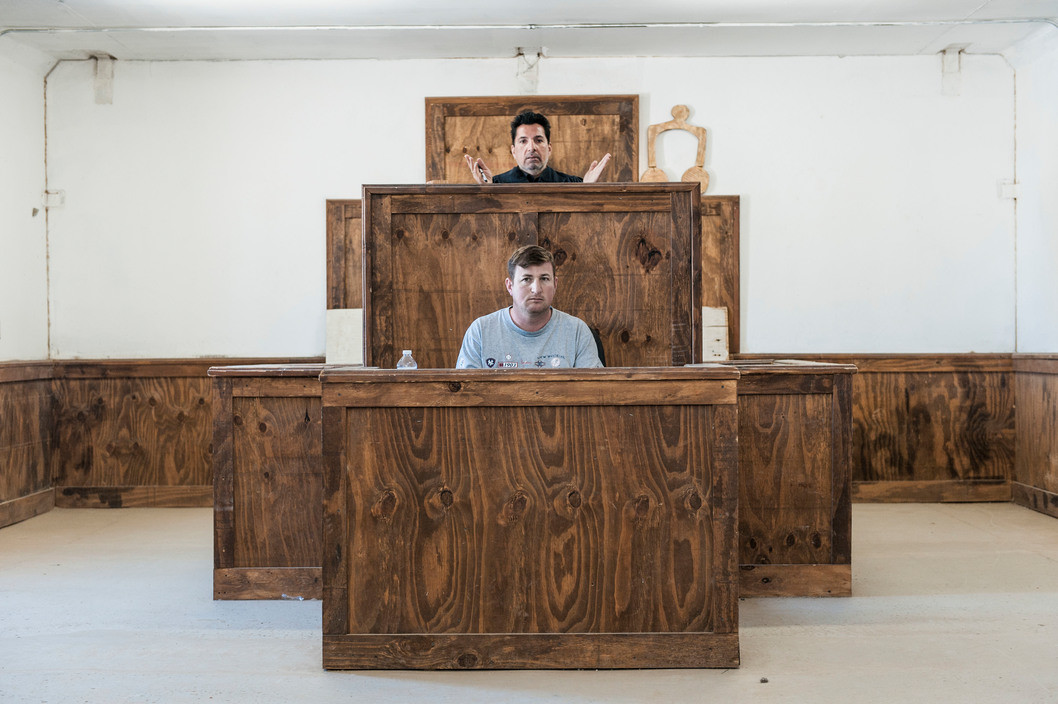 14
Peter van Agtmael | Disco Night Sept. 11 A mock courthouse exercise in which an American lawyer makes a case against a suspected insurgent. The case was dismissed on lack of evidence. Mock villages and elaborate exercises seek to recreate (...)
conditions on the ground in the war zones. South Carolina, USA. 2011. © Peter van Agtmael | Magnum Photos 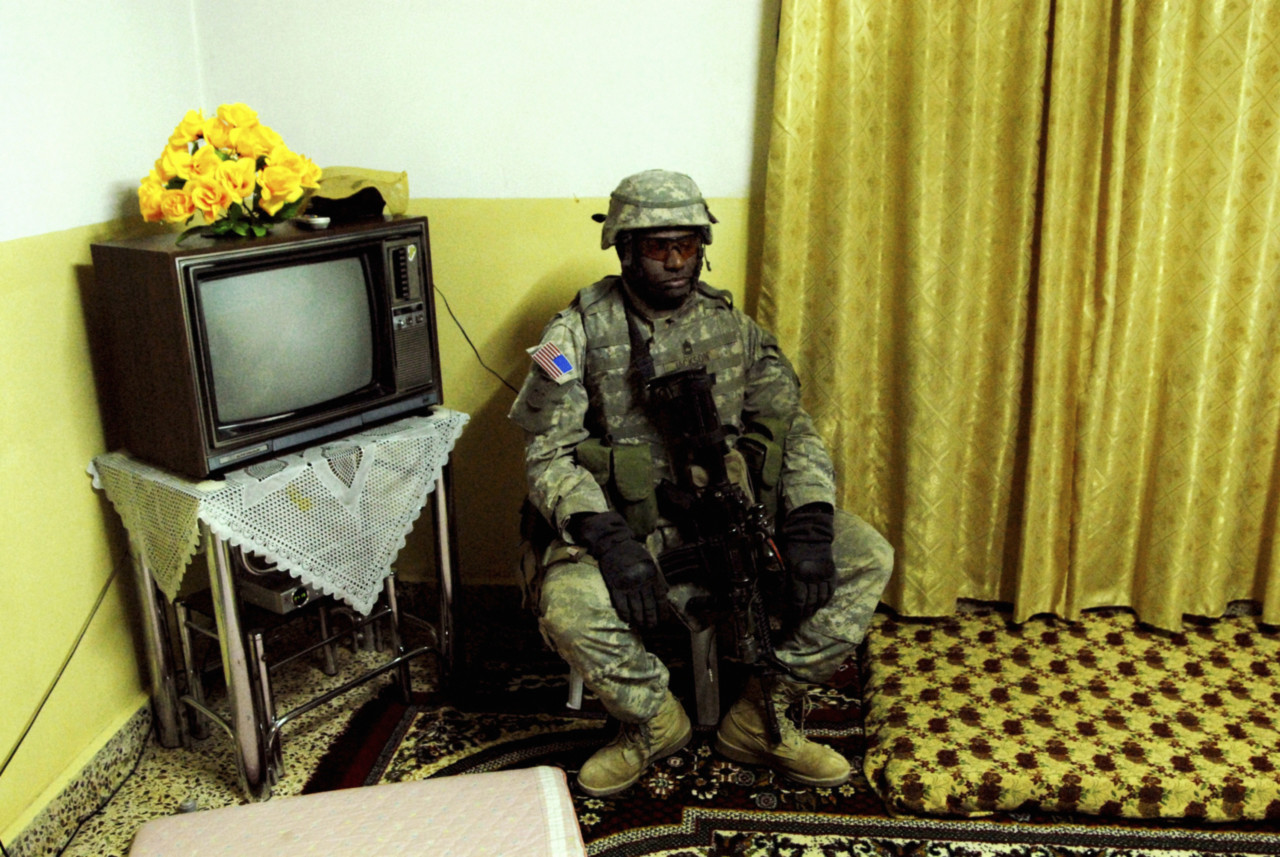 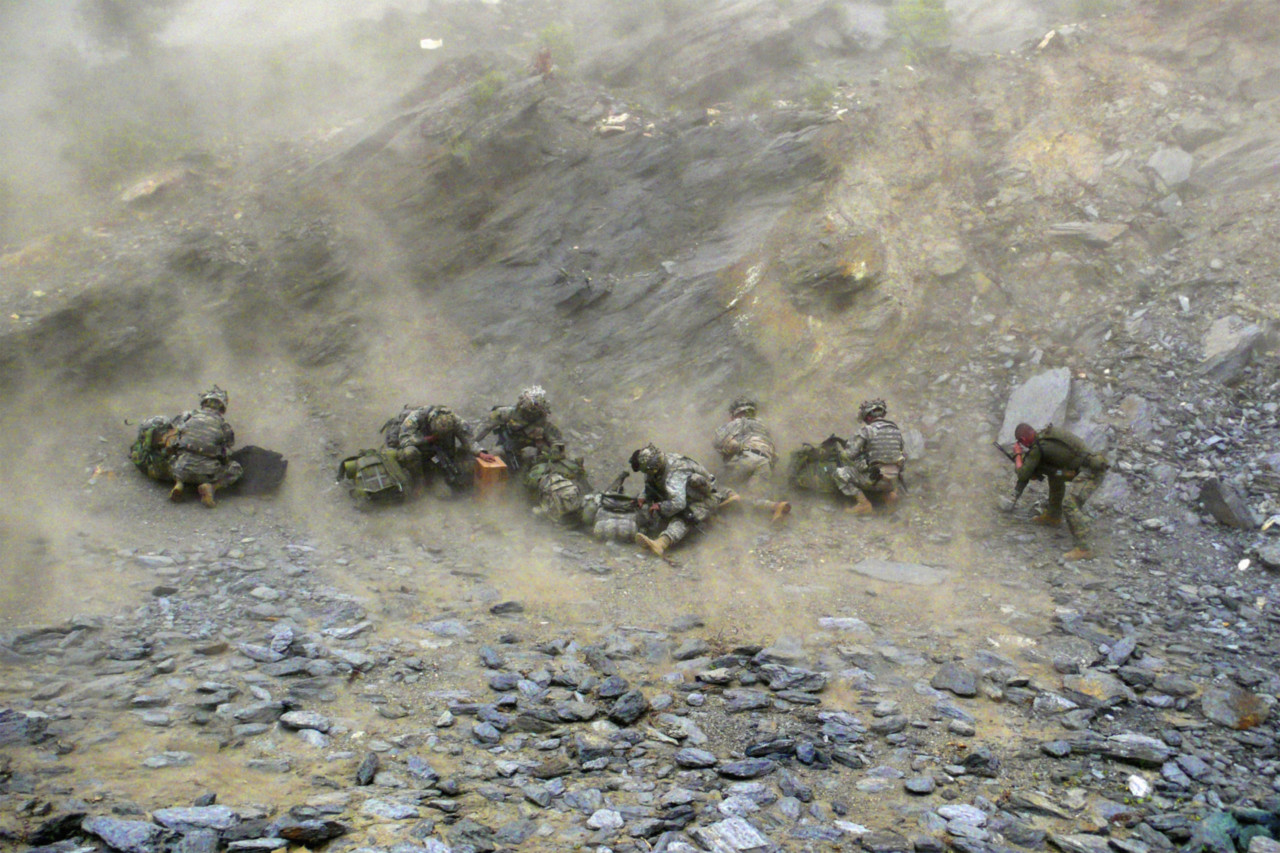 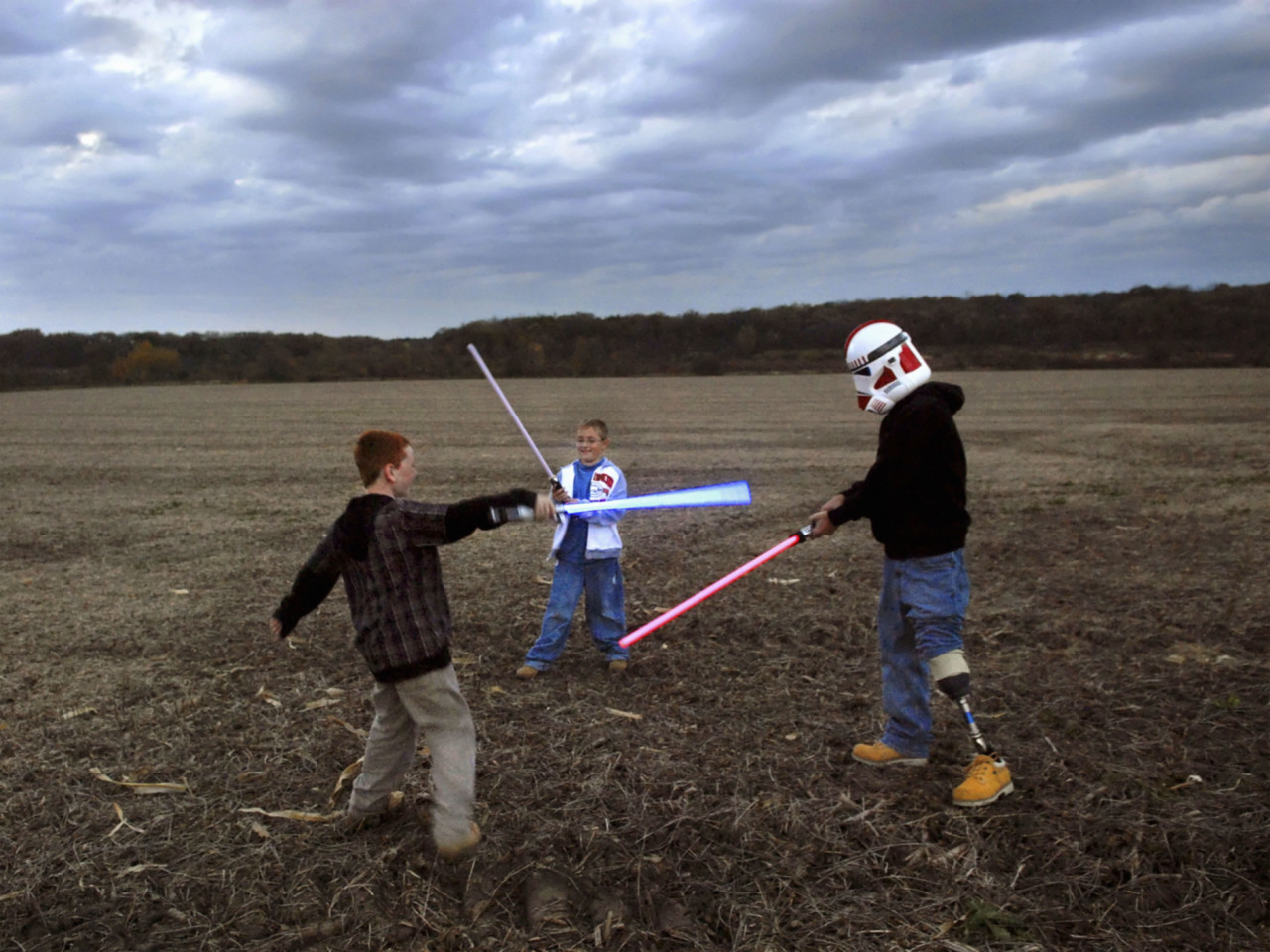 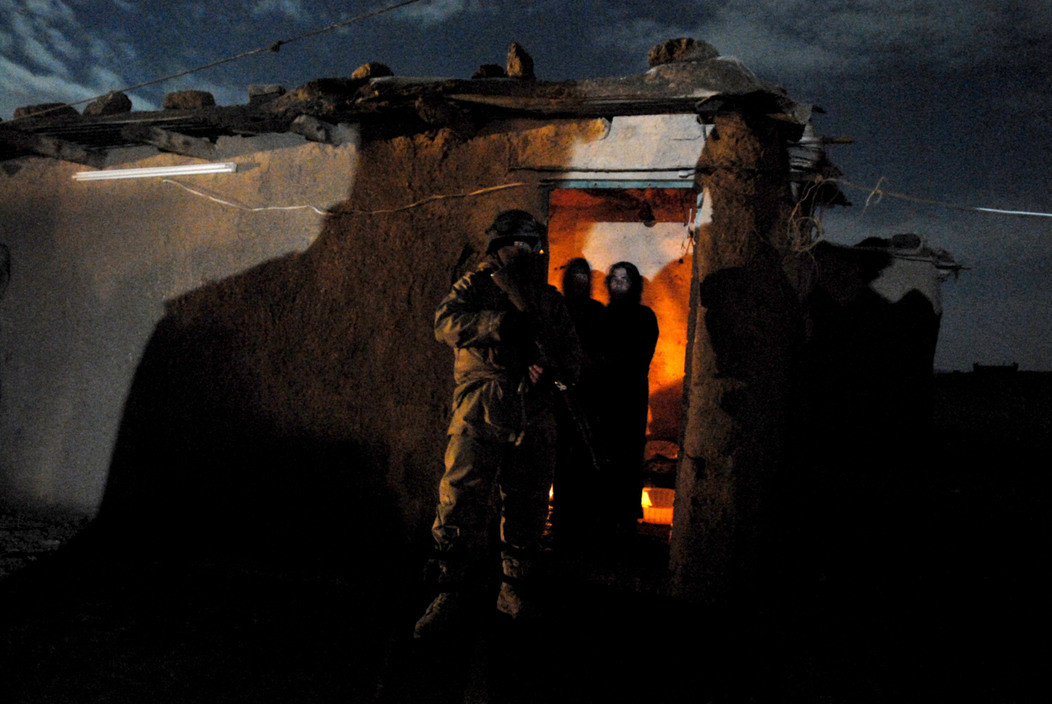 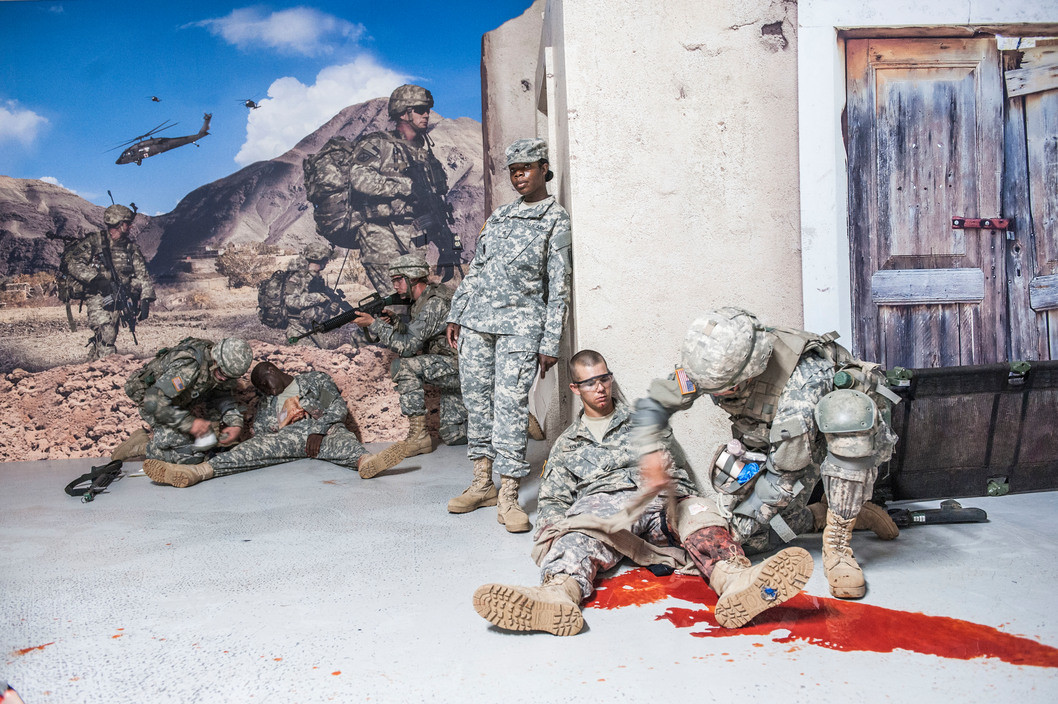 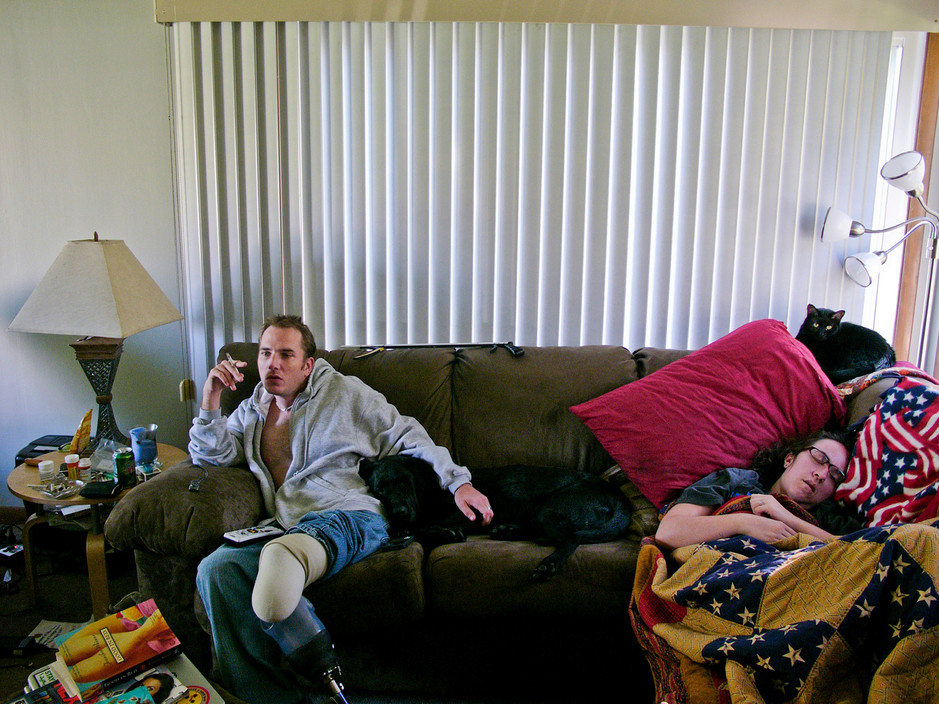 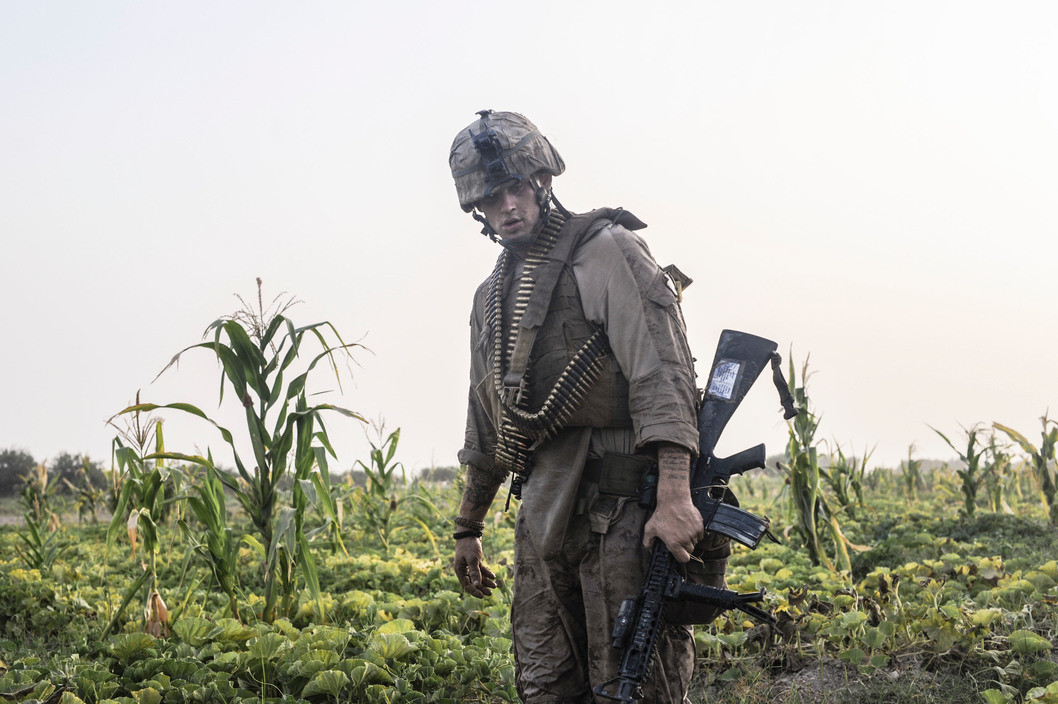 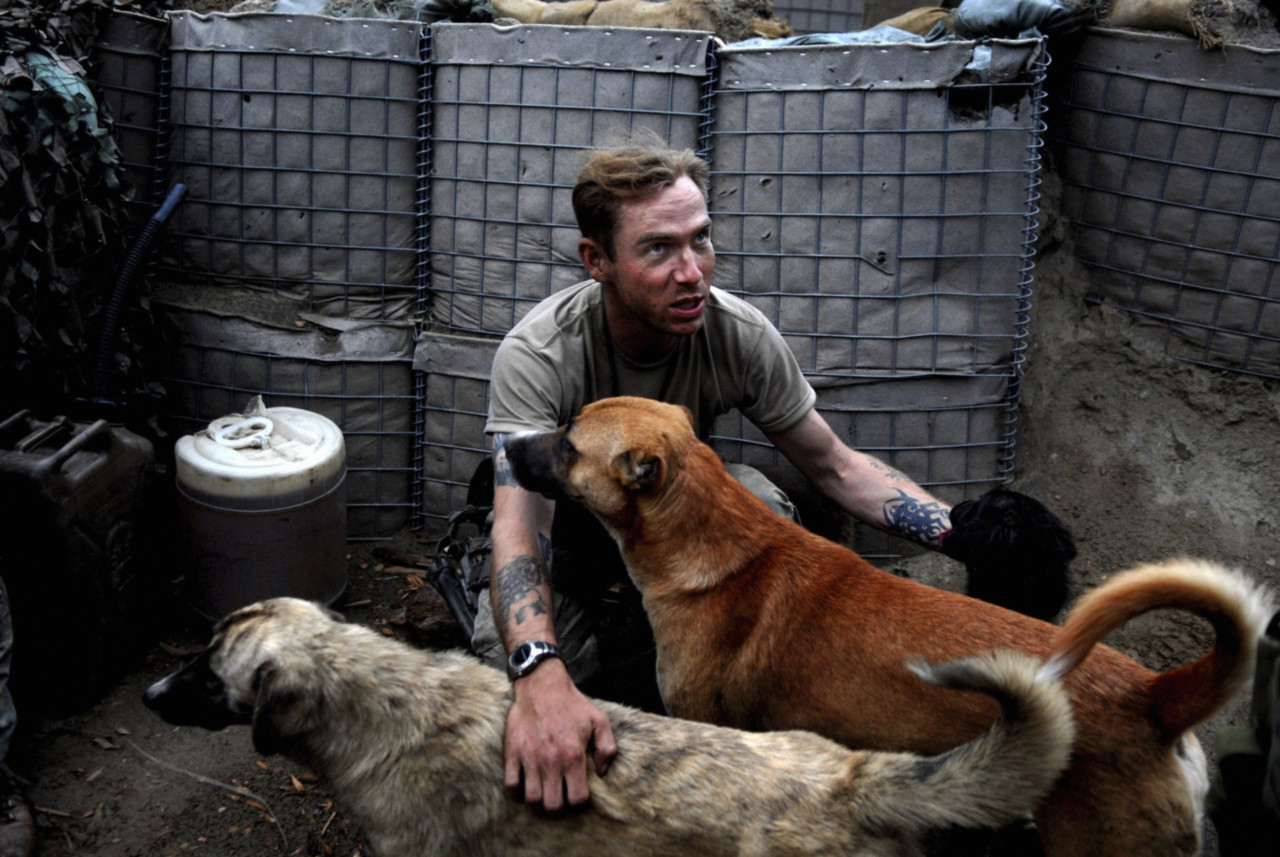 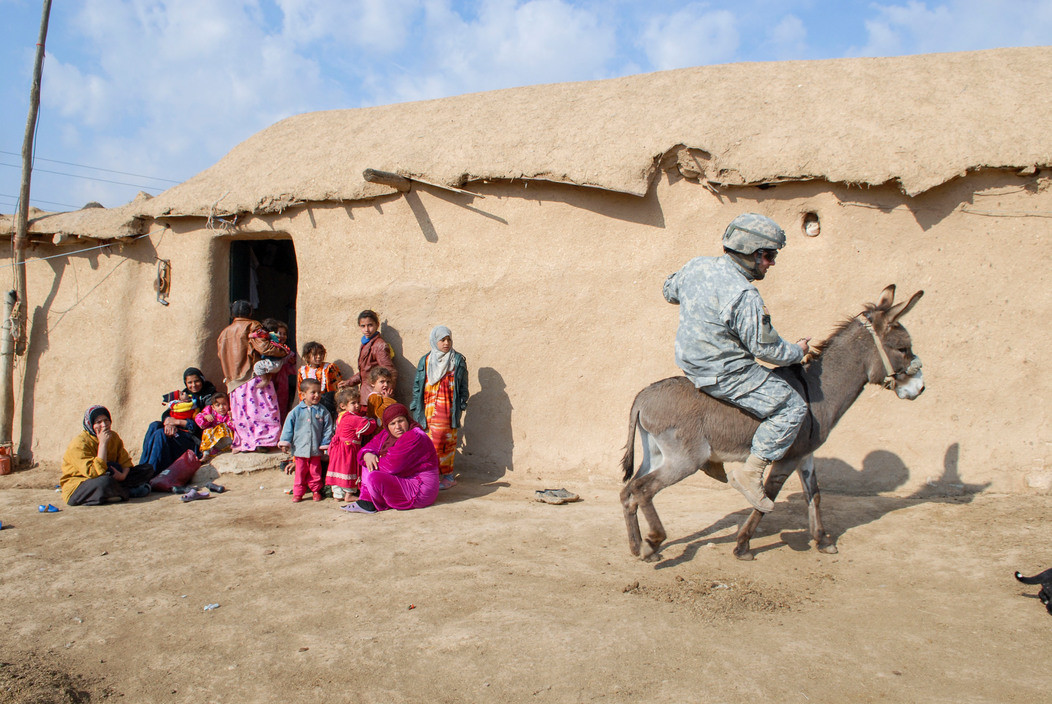 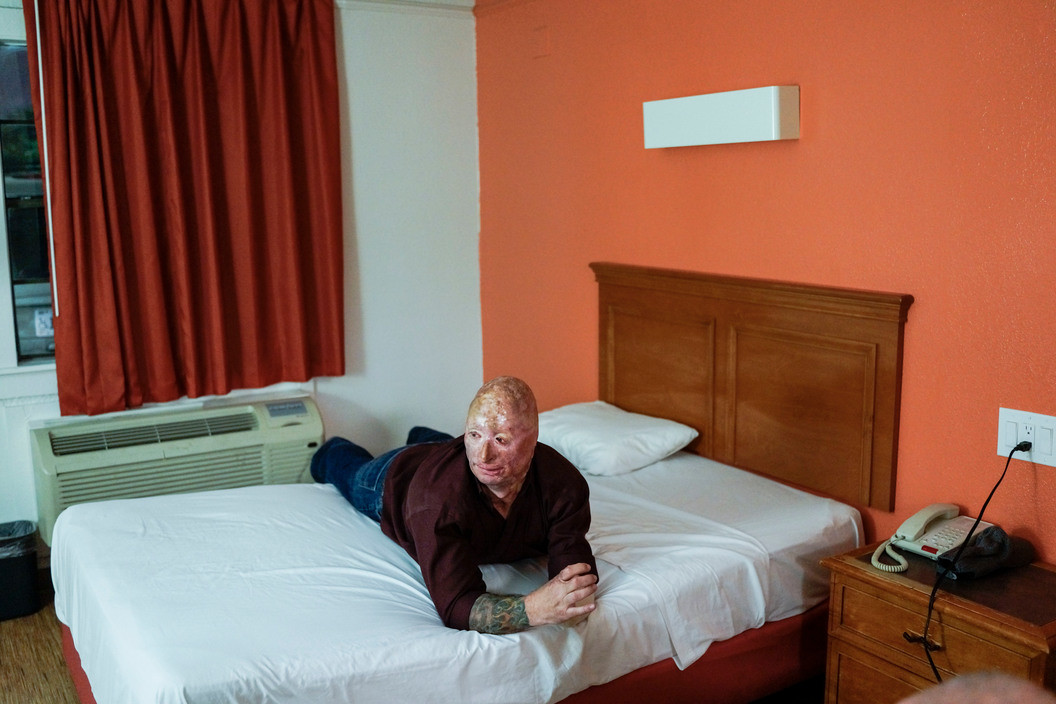 14
Peter van Agtmael | Disco Night Sept. 11 Bobby in his Motel 6 room after performing his comedy routine. Bobby Henline, 41, veteran of four tours to Iraq and sole survivor of an IED blast that killed the other four soldiers in his humvee i (...)
n Iraq in 2007. Dallas, Texas, USA. 2013. © Peter van Agtmael | Magnum Photos 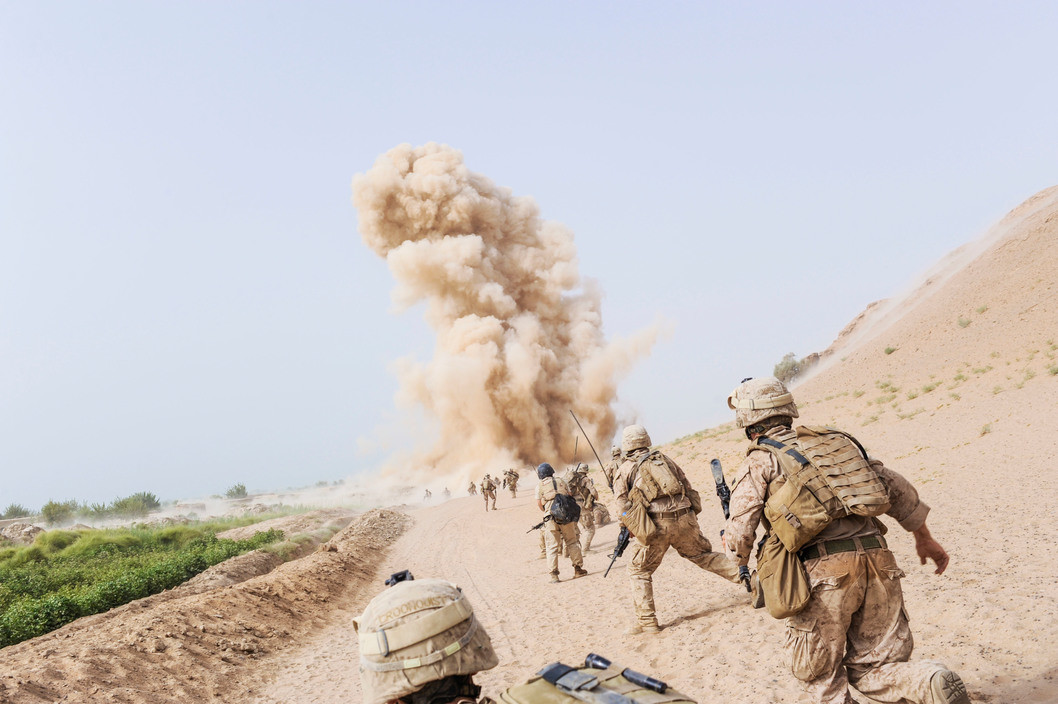 14
Peter van Agtmael | Disco Night Sept. 11 An IED detonates on a Marine patrol. It was detonated too soon by the triggermen, and no one was killed or seriously wounded. Afghanistan. August 16, 2009. © Peter van Agtmael | Magnum Photos 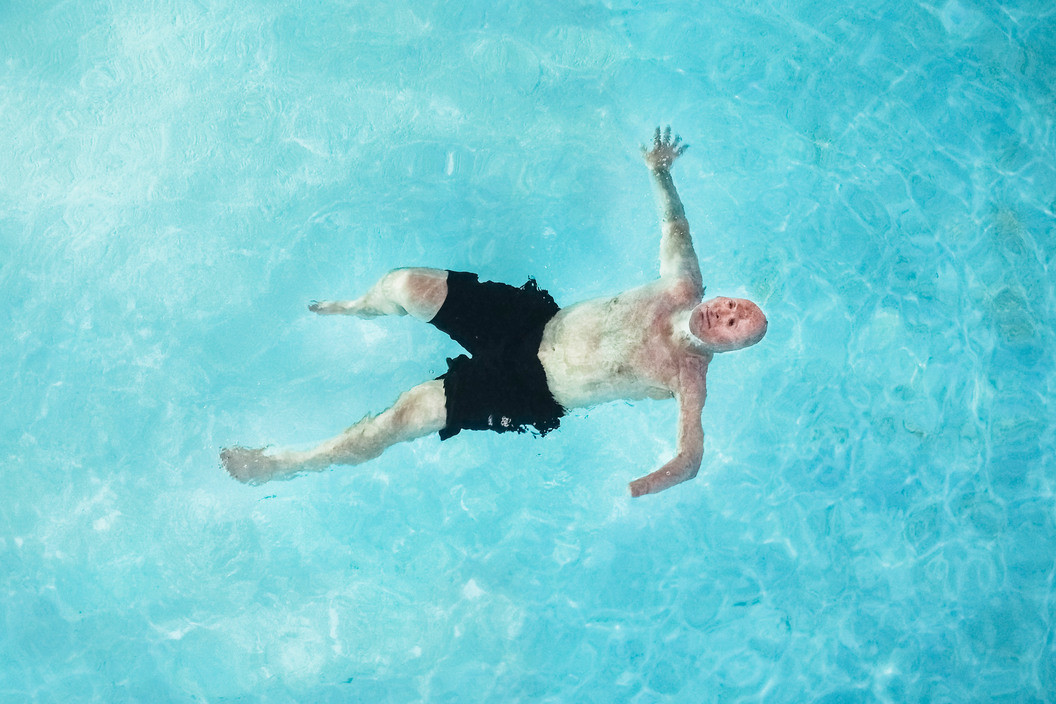 Disco Night Sept. 11 is a chronicle of America’s wars from 2006-2013. The photographs shift back and forth from the wars in Iraq and Afghanistan to the USA, unsparingly capturing the violent, ceaseless cost, but also the mystery and the madness, the beauty and absurdity at the core of each conflict. The narrative is complemented by nineteen gatefolds which elaborate on places and individuals.

Photographs are fragments, sometimes only loosely tied to important experiences. An extensive text records some of the missing pieces. The stories that precede and follow the moment of the photograph, conversations with soldiers, anonymous graffiti that’s part confession, part boast. Disco Night Sept. 11 is an expansive yet intimate account of this defining era of history.