While leading separate groups of stuents on trips within China, in an education project supported by Jeep, Alex Webb and Jonas Bendiksen created new work of their own. As we present their personal work from the trip, the two Magnum photographers discuss their experiences teaching while traveling.

Where in China did you go, and how much did you know about it before going?

Jonas Bendiksen: I went to Xiamen and Quanzhou. While I’ve worked in China quite a few times before, I knew virtually nothing about these places before I went. The trip came in a fairly busy period for me, so I didn’t have much time to read up on them. But like so many other cities in China, even though I might not ever have heard of them – they are each the size of say, London. Each of these regional towns have more inhabitants than my own country of Norway. So somehow when I go there I feel automatically pretty ignorant.

Alex Webb: I went to Chongqing, a city of some 30 million people, a place I knew next to nothing about. 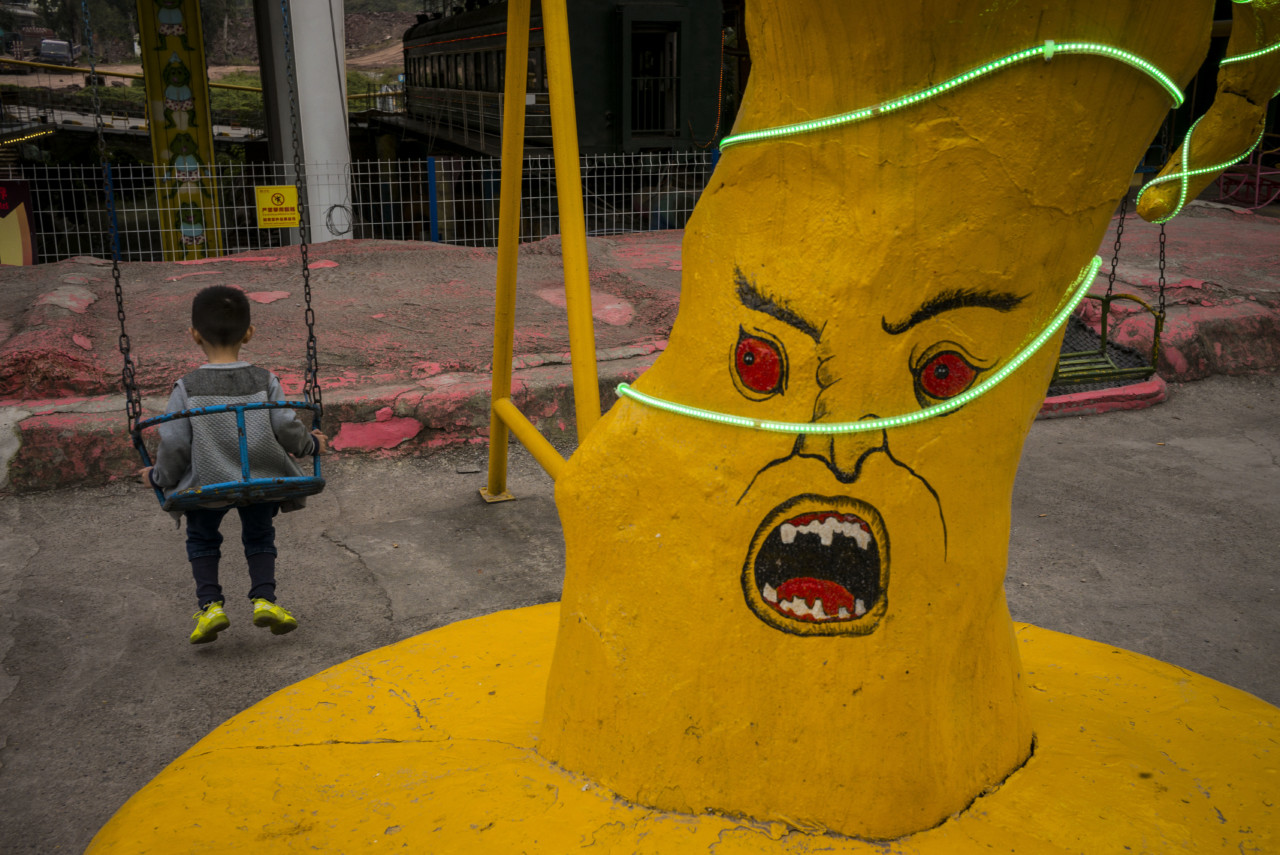 What did you learn about your destination while you were there?

AW: I found a complicated and intriguing city that’s one of the larger cities in the world. What I learned is how much I don’t know about Chongqing. For me, I have to make multiple visits to a place to get more of a sense of it, each time wandering the streets with my camera.

JB: Xiamen is a bit of a regional hub – and important both politically, economically and also in terms of tourism. It sits on the coast right opposite Taiwan, so it is a pretty significant city. 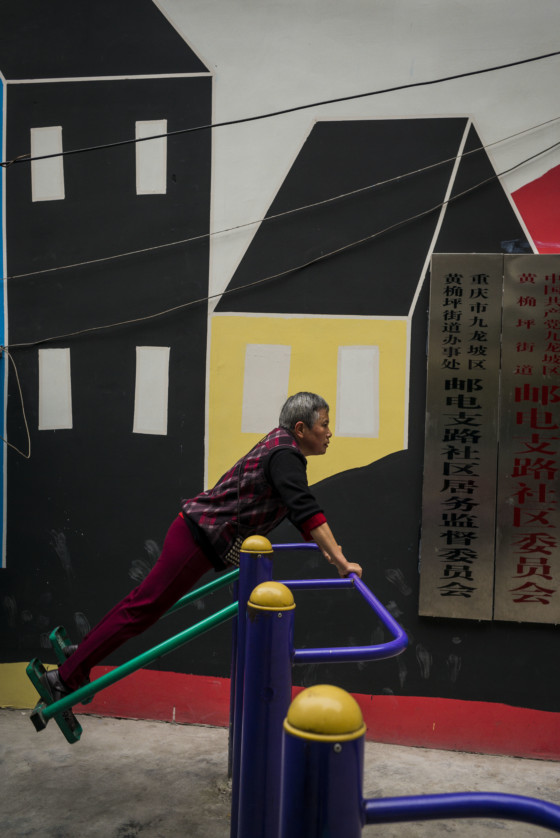 Was there any element of culture shock in your trip?

AW: No, I’ve visited China before, so there was little culture shock. However, I was surprised to find that Chongqing had so few Westerners. I was often an object of curiosity on some of the streets where I photographed.

JB: I’m not sure if I really ever experience culture shock anymore. I’d rather say the opposite – that while there are always things that I will never easily understand about China, I am more shocked by how similar every place has become. The young people are all somehow part of a pretty uniform global culture, with slight variations. Everywhere you go, whenever you feel like it, you can stop, go to a completely generic cafe, drink a latte and feel like you could basically be anywhere. As I write these words, I am sitting in a tiny village of about 40 people in Greenland, far out on the western coast, looking at icebergs floating by, but even here the 3G internet is pretty good and one doesn’t really feel that far off the grid. This is all pretty different from when I started out as a photographer, when I often went to places that felt completely alien. 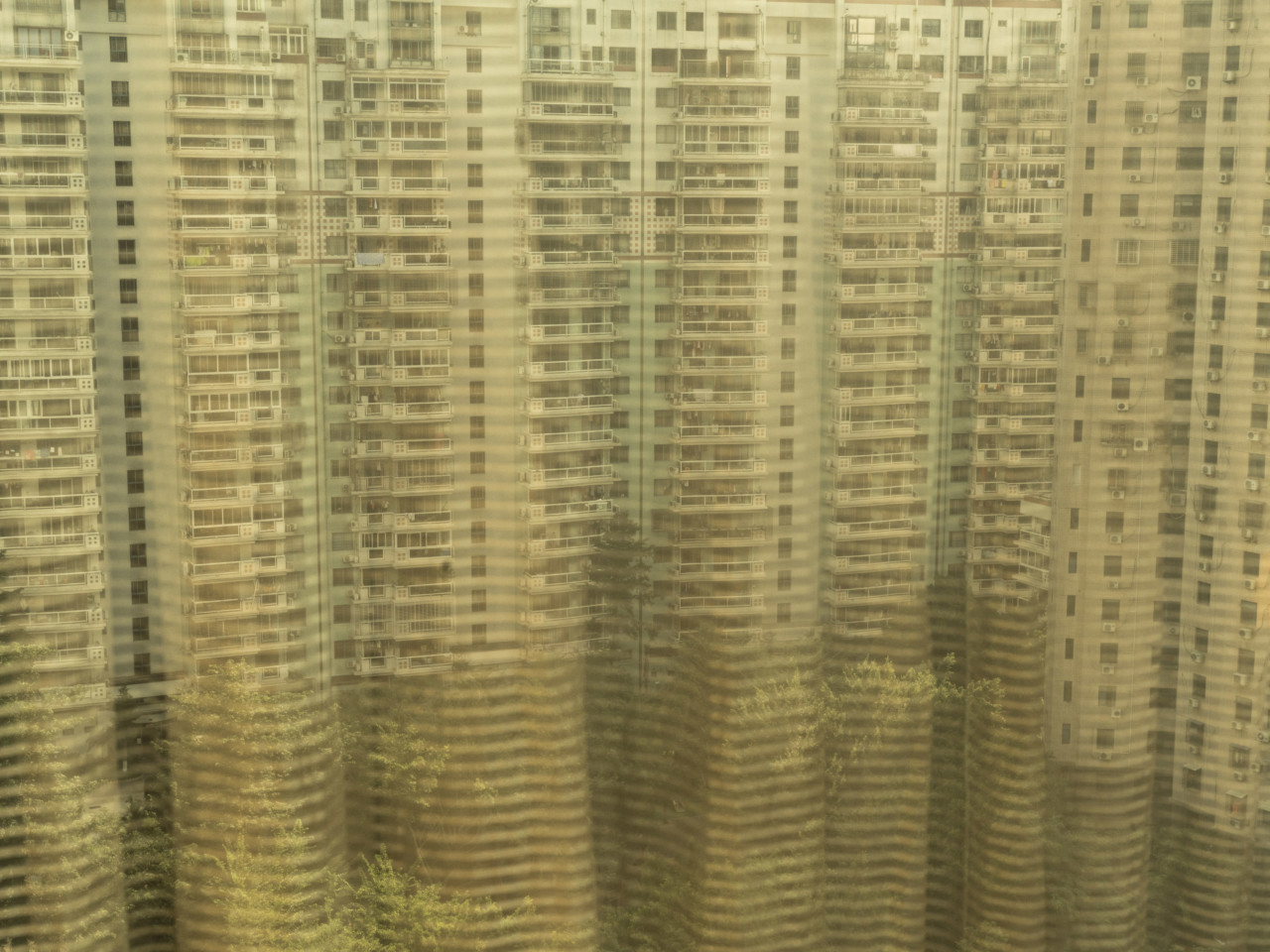 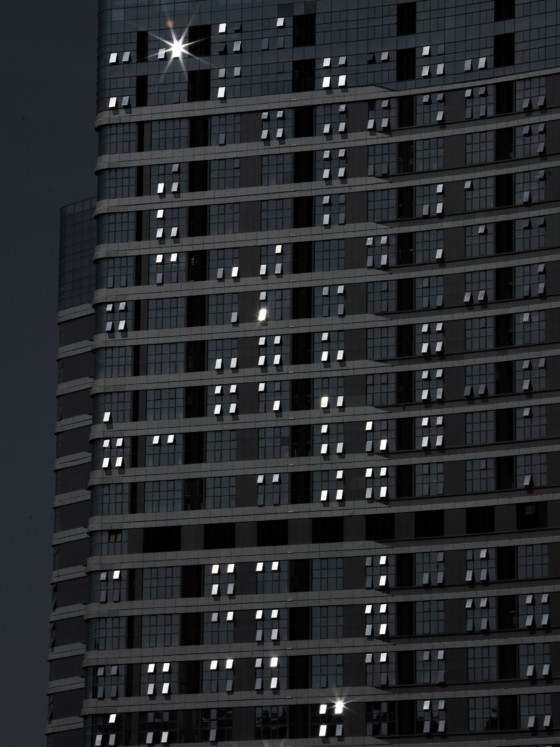 What did you find yourself drawn to photographing?

JB: I guess I didn’t have too much of an agenda beyond using the opportunity to explore the city, to have the act of looking for pictures be my reason to wander and connect with the place.

AW: I often found myself photographing the Chinese at leisure, at play. Sometimes I was drawn to amusements parks. However, the slickness that I associate with Western theme parks like Disneyland had been replaced by something far more charming—with a more idiosyncratic, more homemade look. Was there anything from your personal practice that you continued or experimented with during the time you had there?

JB: Well, you could say that my work is often very driven by telling a story, and in this case I was not bound to that, I could just photograph whatever came my way.

AW: I photographed as I usually photograph: wandering the streets, allowing my experiences with the camera to lead me where they will. I was—as I often am—drawn to quiet, often unusual, occasionally inexplicable moments. On my previous trips to Mainland China, I’ve either been doing press for a book or working on a very specific commission, so I didn’t have a chance to explore extensively with the camera. This trip was the first time in Mainland China that I felt photographically in tune with the streets. 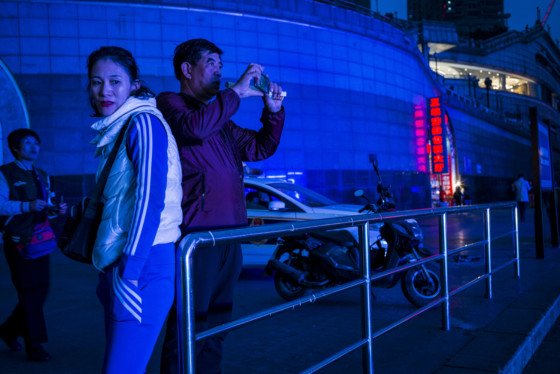 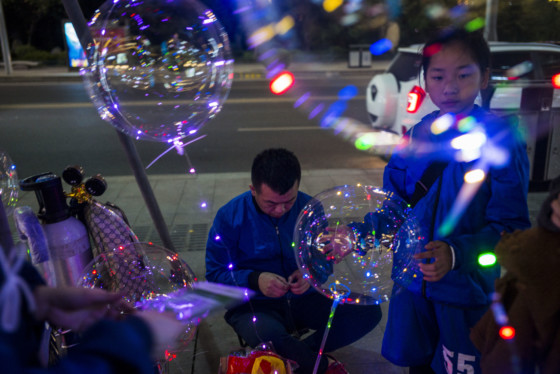 "I photographed as I usually photograph: wandering the streets, allowing my experiences with the camera to lead me where they will" What did your students pick up on? Did you find that they found the same things as you interesting? How did their points of view differ from yours?

AW: It’s impossible to generalize about my students. They were all quite different, and each person photographed his or her own subject from his or her point of view.

JB: My students were a really broad range. Some of them were really talented and hard working, so I think they differed among themselves just as much as some differed from my own perspective. That was what was interesting about the experience, to see the different visions work in parallel with one another. I think what they picked up on was the emphasis I tried to convey about the importance of finding your own voice, your own way of seeing the world, and to not try to reenact some photographic hero’s way of doing things. I felt that some of the students really found their stride during the workshop, and I could see them get enormous satisfaction from that.

On the other hand, there were a few funny things that united us: almost everyone had independently discovered this one pretty vibrant neighborhood right by the airport, where airliners kept whizzing by right over your head on the way in to land, and everyone, including me, got seduced into spending lots of time trying to get a perfect scene that included an airplane. We all failed, nobody got a decent picture out of it. 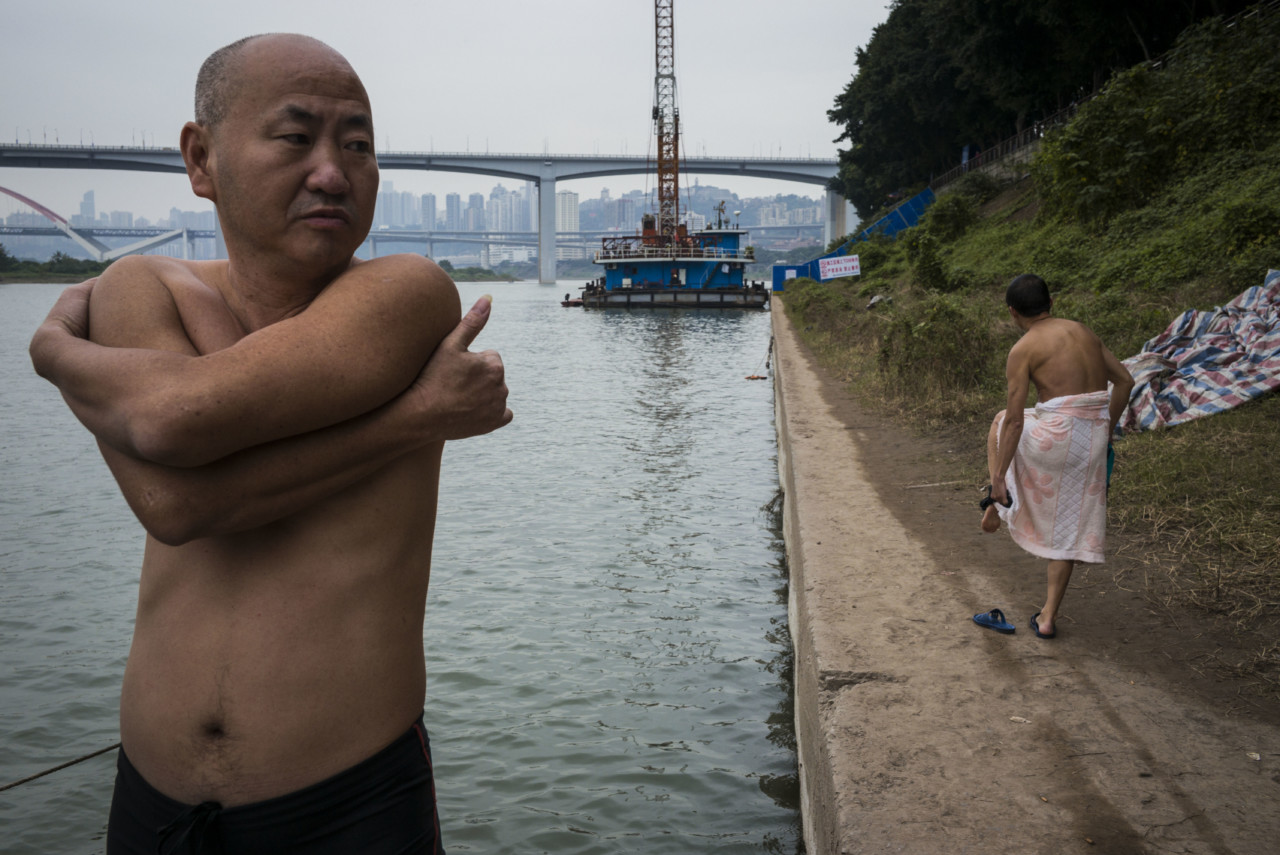 What was it like to teach students about documenting a place when you are still discovering the place yourself?

JB:  Well, I think all my work is just that – I discover places and stories through my photography. I guess it is when I feel like I’m done discovering that I am done with the photography. So in that sense, this was no different. It’s not like I need to understand everything and know every corner of a place in order to teach photography there. In a way, maybe it was better because I didn’t know the place, and I in that sense was put into the same situation as the students, who had come from all over China to participate.

AW: If I—or more likely, Rebecca Norris Webb and I, since we often teach together—are in a new place as intriguing as Chongqing, we like to photograph, not just teach. The structure of the Chongqing workshop did just that—giving me several days to photograph between meetings with the students. Both Rebecca and I find that photographing in the same place where we’re teaching tends to make us more open and receptive as teachers. For photography is a humbling process, and returns one to the sense of being a student again—with the world as one’s teacher. 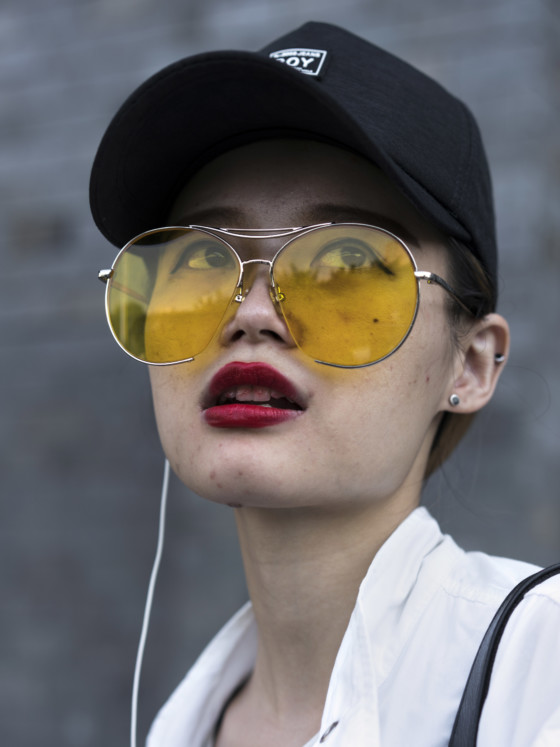 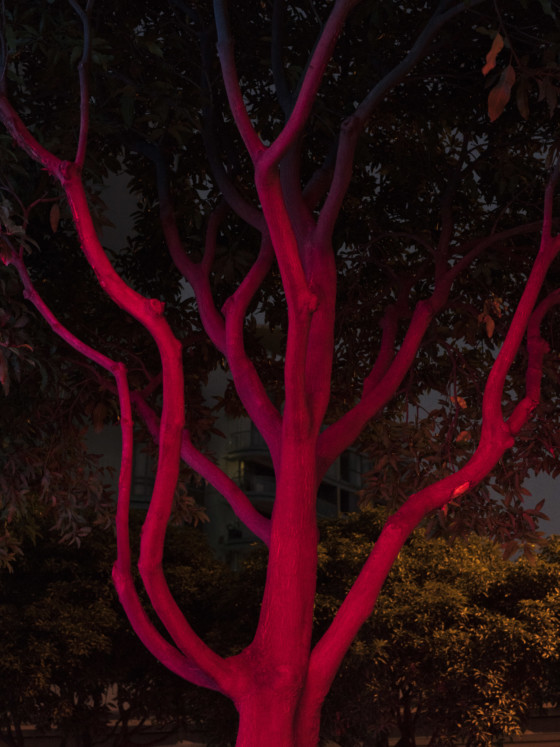 As an educational experience, what do you hope your students took away from the trip?

JB: Judging from my students when we first met, I think there was this expectation that the teacher is this grand master, almost an oracle, who sits and blesses everyone with their deep wisdom. Maybe it’s a Chinese cultural thing. I spent some days trying to kill that image of myself – I am just a working photographer, still trying to figure all this out myself, and all I can do is to share my own experiences and perspectives. Those perspectives might be all wrong for some of them, and I don’t want everyone to agree all the time. So I was trying to have an ongoing roundtable discussion, to try to show that it is the flora of different viewpoints and ways of doing things that can teach us something. And as long as one works really hard in a dedicated way, there are a lot of different ways to use photography to look at the world, not just one. I think that was an eye-opener to many of them – the fact that just because I photograph in a certain way it doesn’t mean at all that I think that is necessarily the way forward for others.

AW: For the past twenty years that I’ve taught workshops with Rebecca, we always try to encourage students to discover their own way of seeing. It’s often a long, meandering creative journey, one that’s filled with frustration and doubt. We try to instil—both in our teaching and in our photography, especially our books—the importance of finding and following your own unique creative passions and obsessions, wherever they may lead you. 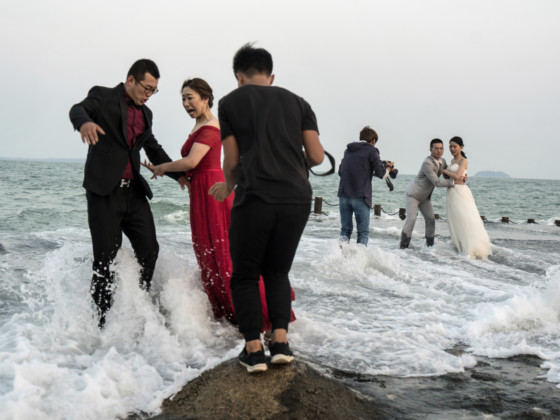 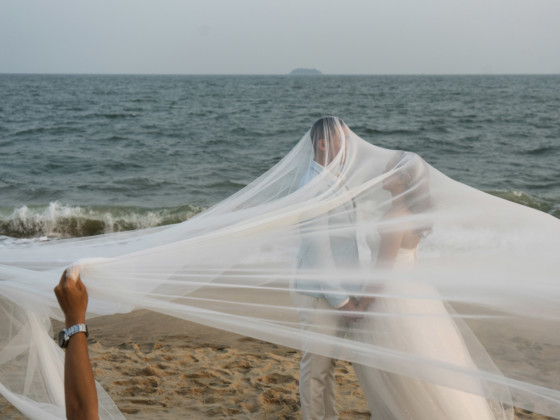 "I learned a lot. I learned, again, for the hundredth time, that you are never better than what was on your last memory card." 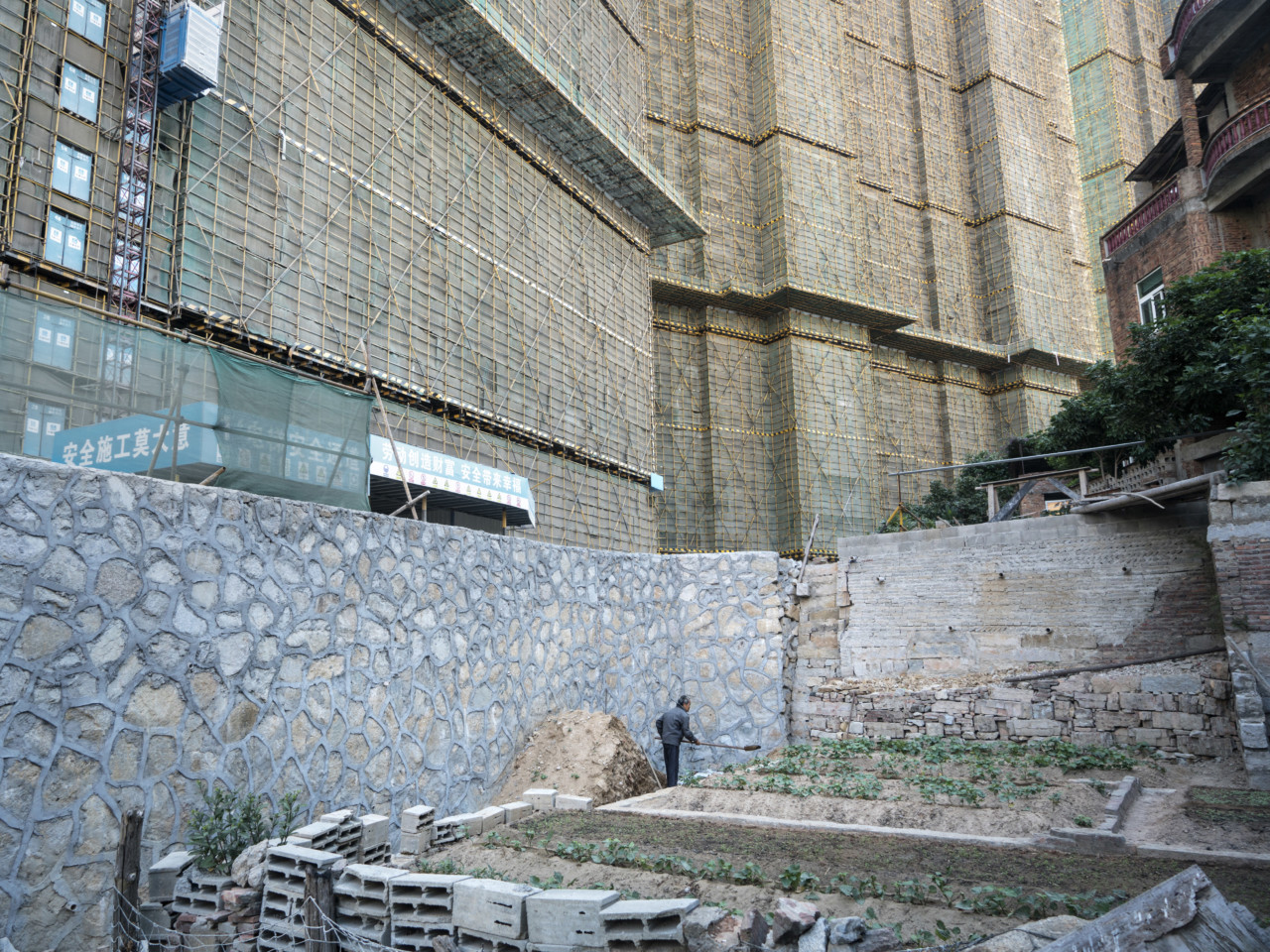 Likewise, even a teacher can learn new things from their students, is there anything you, personally took away from the experiences teaching?

JB: For sure, I learned a lot. I learned, again, for the hundredth time, that you are never better than what was on your last memory card. Many of the students came back with fascinating images that left me thinking, “Wow, I wish I could see it like that”, and made me wonder why I didn’t. And that process, going over and over again in my head, is what one learns from – for that next memory card.

AW: There were several photographers in the workshop who were exploring the world in interesting and unexpected ways. One photographer worked in black and white—somewhat inspired by Moriyama’s dark moody vision—others were exploring distorted color at night, another photographed the still objects of daily life. They were seeing Chongqing on their own terms. I saw in their work another Chongqing than that which I found. It’s one of the surprises and delights of teaching. That’s why I hope to be invited again to Chongqing or another Chinese city—along with Rebecca—to continue to photograph, to teach, and to learn.

Traveling with Magnum was an education project supported by Jeep. 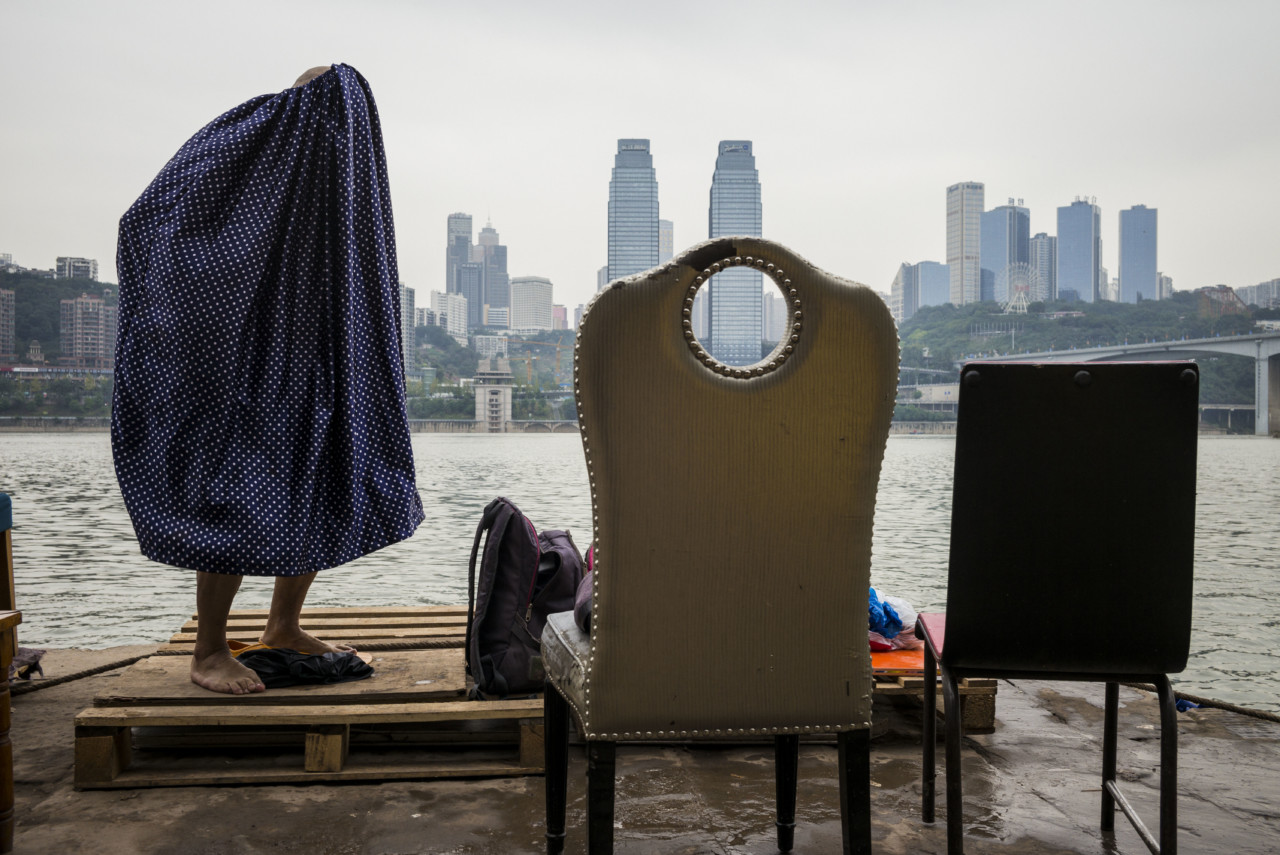 Watch short films, following the journeys of each photographer as they discover a new place, teaching and photographing along the way.