The EIDOS Foundation, Bucharest, has given carte blanche to five Magnum photographers – Thomas Dworzak, Paolo Pellegrin, Alec Soth, Bieke Depoorter and Newsha Tavakolian – to deliver their visions of contemporary Romania. The project, Romanias, is currently on display at the National Museum of Art of Romania. The accompanying book of the same name – to be released during the exhibition – features the five Magnum photographers’ essays as well as one by Cristian Movilă, a Romanian photographer and founder of EIDOS Foundation. More information on the exhibition can be found here.

The project was a collaboration between the EIDOS Foundation, a non-profit organization, and Magnum Photos.

The following is an adaptation of a text by Florian Ebner – chief photography curator at the Centre Georges Pompidou – and curator of the Romanias project. 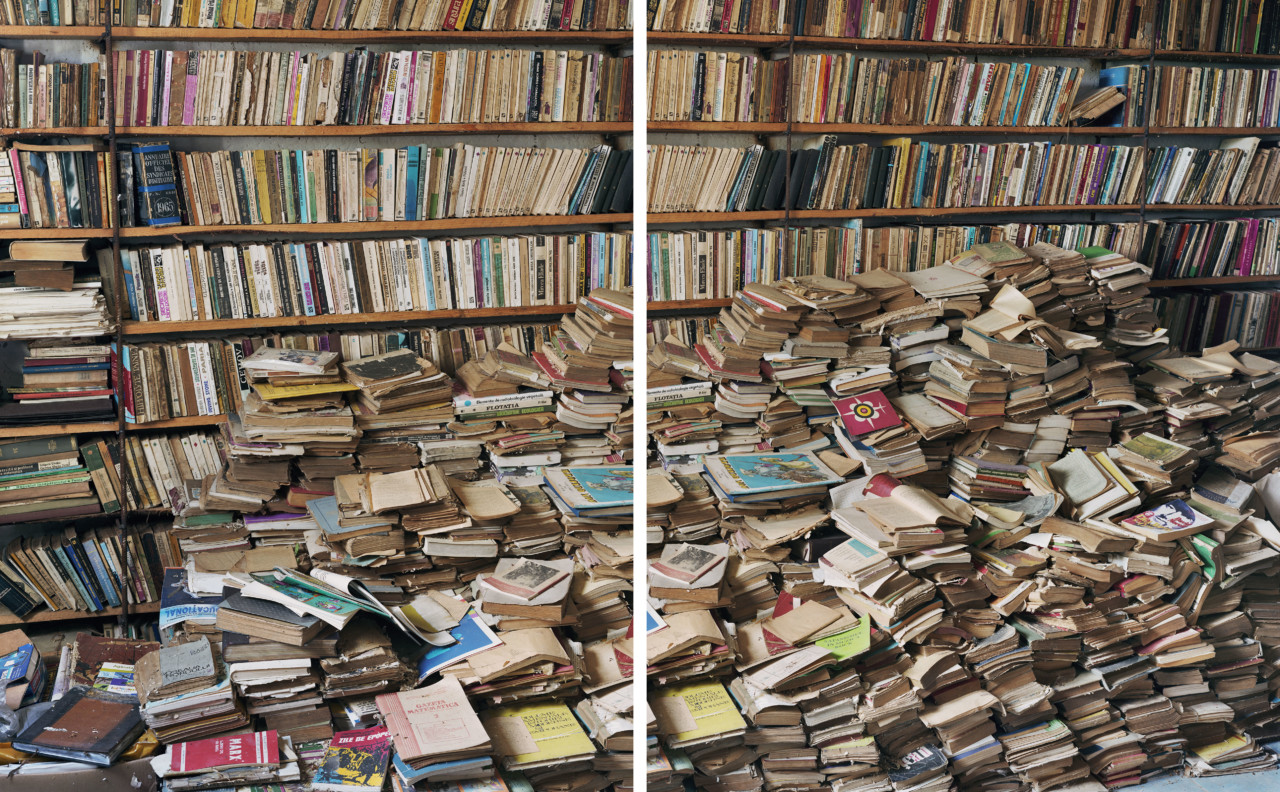 How should Romania be represented today, 30 years after the revolution? What realities, and also what perspectives can this region hold? And which photographers can best address these questions?

The choice of the five Magnum photographers in the Romanias project, made by the EIDOS Foundation with my assistance, was not limited to those with intimate knowledge of the country, but aims instead for diversity in approaches. Indeed, Alec Soth, Bieke Depoorter and Newsha Tavakolian – had never previously been to Romania.

Despite the difference in methods and styles, as well as in subjects and interests, the authors of these projects share a vision of Romania that is summarized in the project’s pluralized title: Romanias. For it is difficult today to speak of a single Romania. Several countries and several realities seem to exist, or rather to coexist, simultaneously. What did these photographers discover in Romania, what do they project in their outlook on the country, and how does their vision resonate with that of Cristian Movilă, the Romanian photographer and founder of EIDOS who himself contributed a photographic essay to the book?

Further, what will we discover in 30 years by looking back upon these photographic essays which in their own ways explore the Romania of today? These works, cutting and crossing through society, offer not only a transversal image of Romania, they are also strewn with latent signs that might only reveal themselves to the viewer in the future. To Get Drunk on Cold Water, Bieke Depoorter

Traveling across rural Romania, photographer Depoorter and writer Gideon Jacobs compiled scenes, environments, characters, and narratives which they synthesized as if sourced from a single fictional Romanian town.

Their approach — using small vignettes to paint a larger picture — reveals that a country, a people, a culture, are never just one thing, and any attempt to holistically capture what is infinitely nuanced will always end in the realm of storytelling. 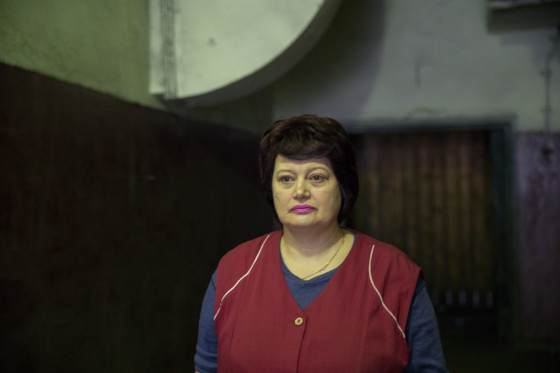 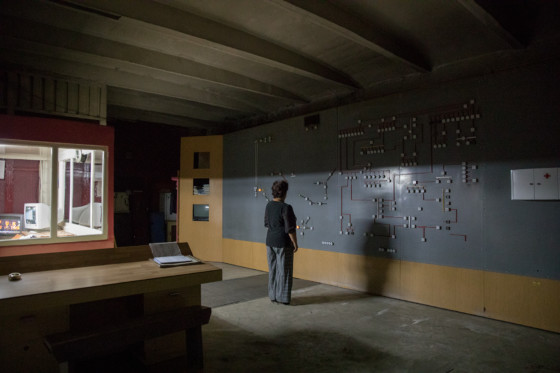 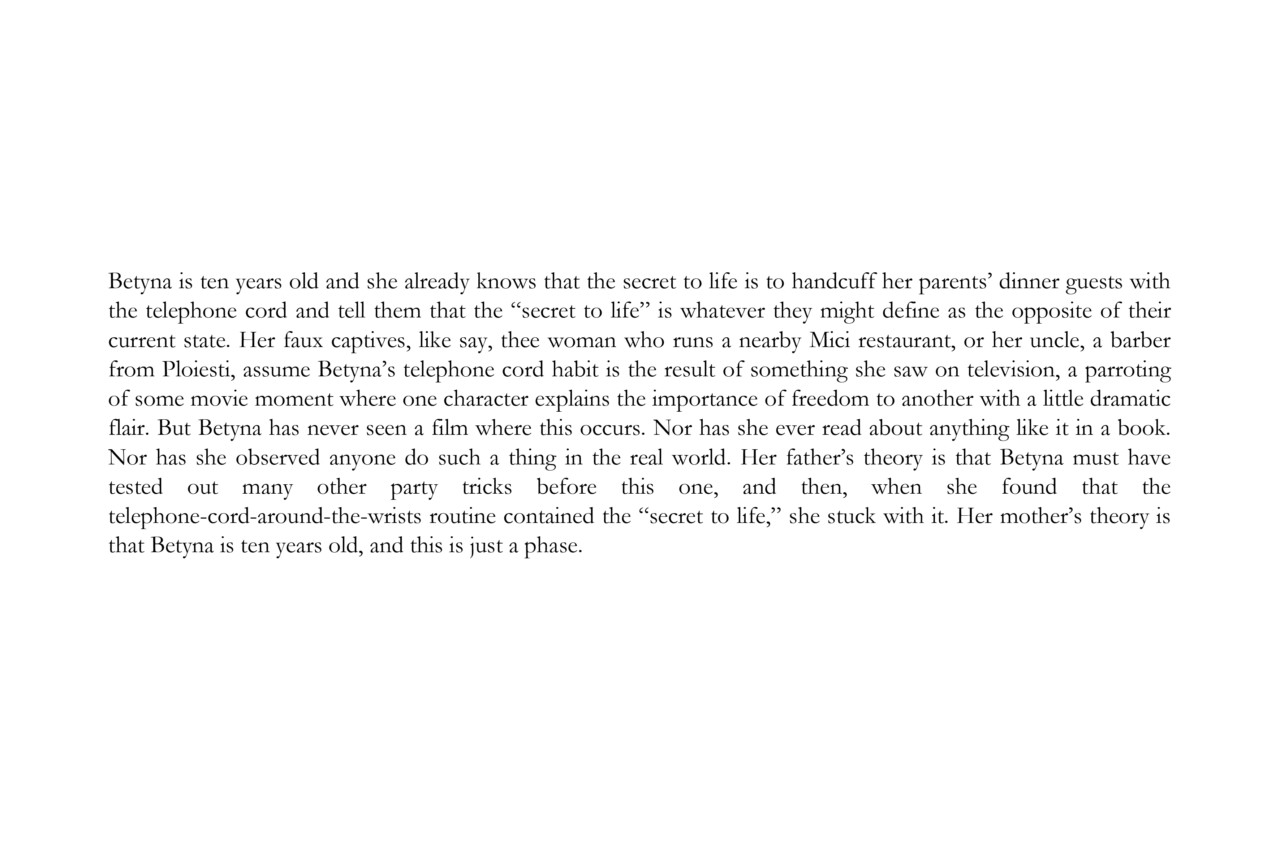 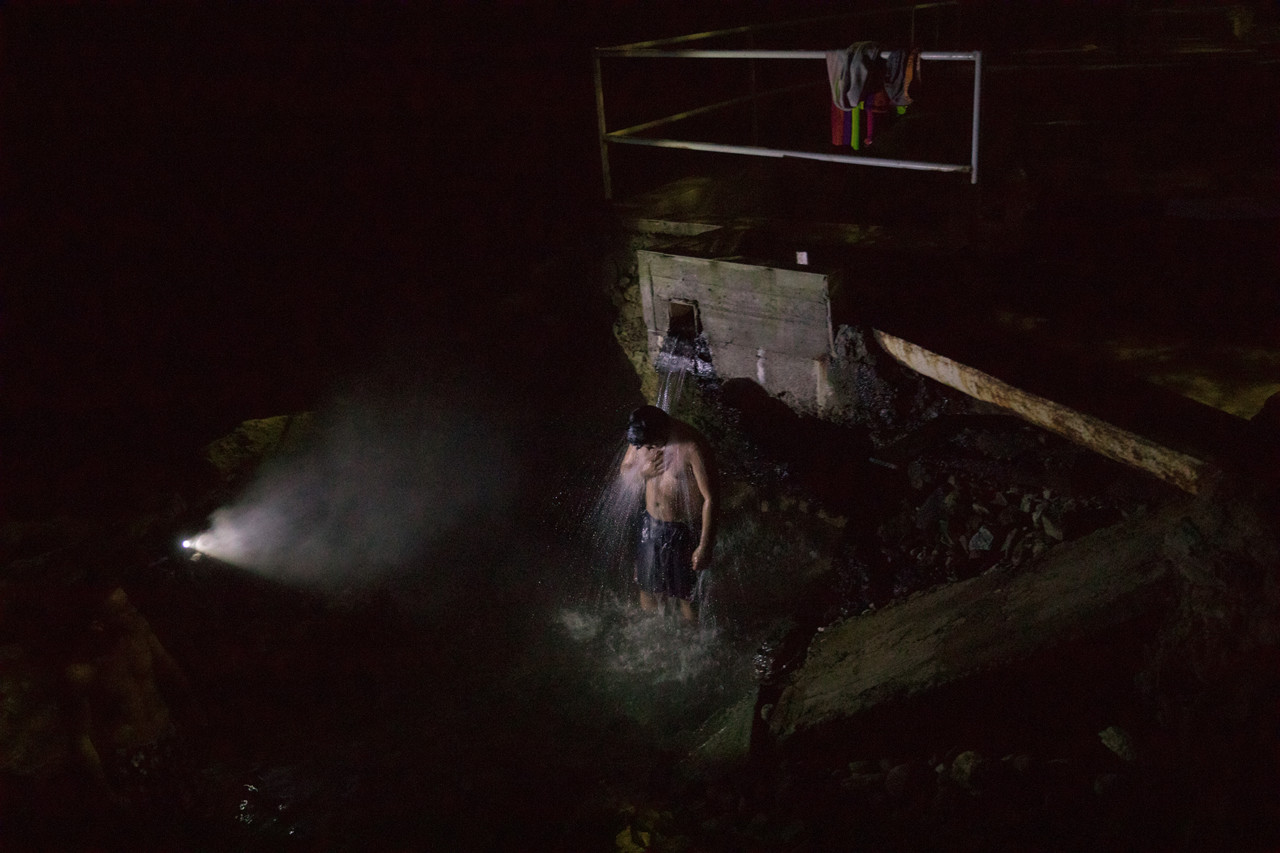 In close collaboration with the historian Elena Tănase, Dworzak traveled through Romania looking for remnants of the past in the country’s present. Accompanied by Tănase, Dworzak searched for the great subjects of Romanian history – from Queen Marie and the foundations of modern Romania to Western and Russian influences – in an effort to produce one great fresco representing the end of the Ceausescu dynasty and another showing the photographic surveillance methods of the Securitate.

The relationship between past and present, as Dworzak’s tableaux suggests, is never linear, but rather rhizomatic. The challenge is to show how widely the traces of history can still be read today, and how decisively they are shaping the present. 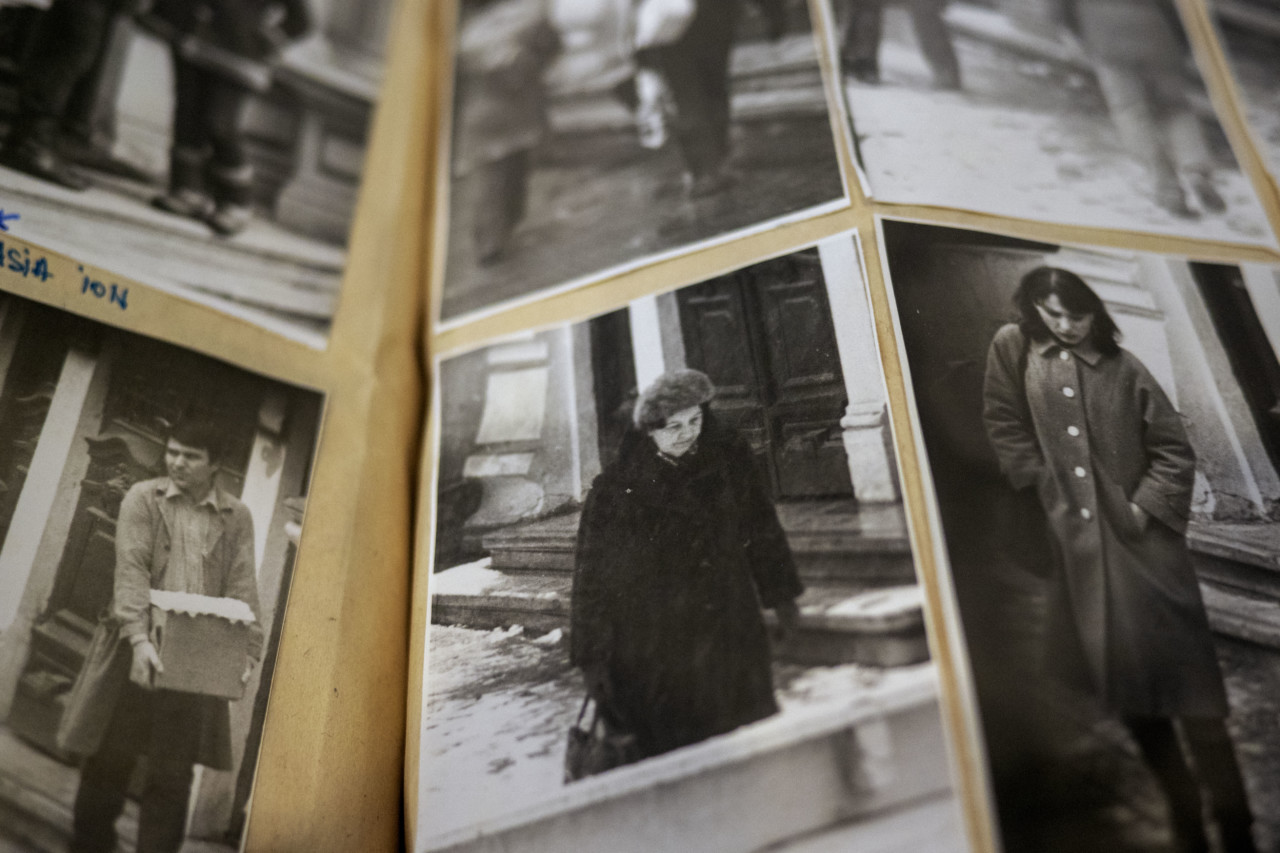 Thomas Dworzak Securitate Archive Popesti-Leordeni. Album with Romanian Secret Service, Securitate, pictures taken in front of and around the US library between 1982-88. The library was allowed to open also with (...)
the idea in mind that it would attract pro-US citizens of Communist Romania and so allow their persecution. Romania. 2019/03. © Thomas Dworzak | Magnum Photos 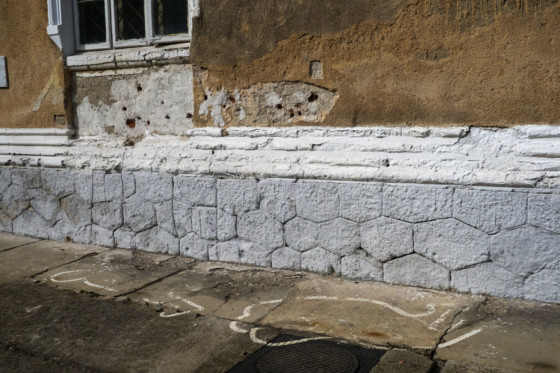 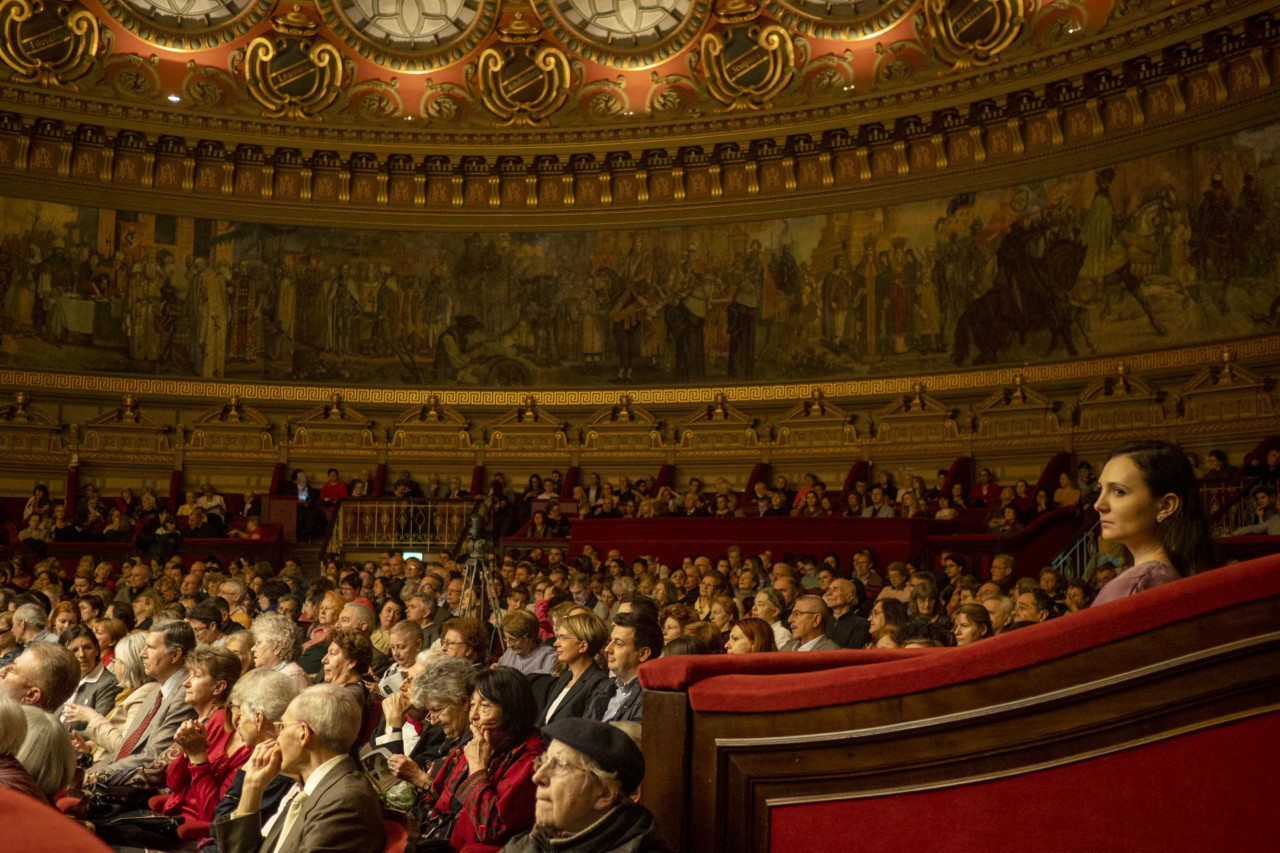 Paolo Pellegrin’s project portrays a cross-section of society. One aspect of his journey (shown here) being a concert by Romanian singer Ștefan Bănică. Here, he manages in one night to deconstruct the performance and produce a typology of the Romanian audience, swept away by the music and the spectacle.

Pellegrin – in the wider project – focuses on different interiors and their relationships to exteriors, showing the old and the new Romania. Complementing his travelogue and portrait series, the photographer presents sites and spaces that have been shaped by a society in transition. 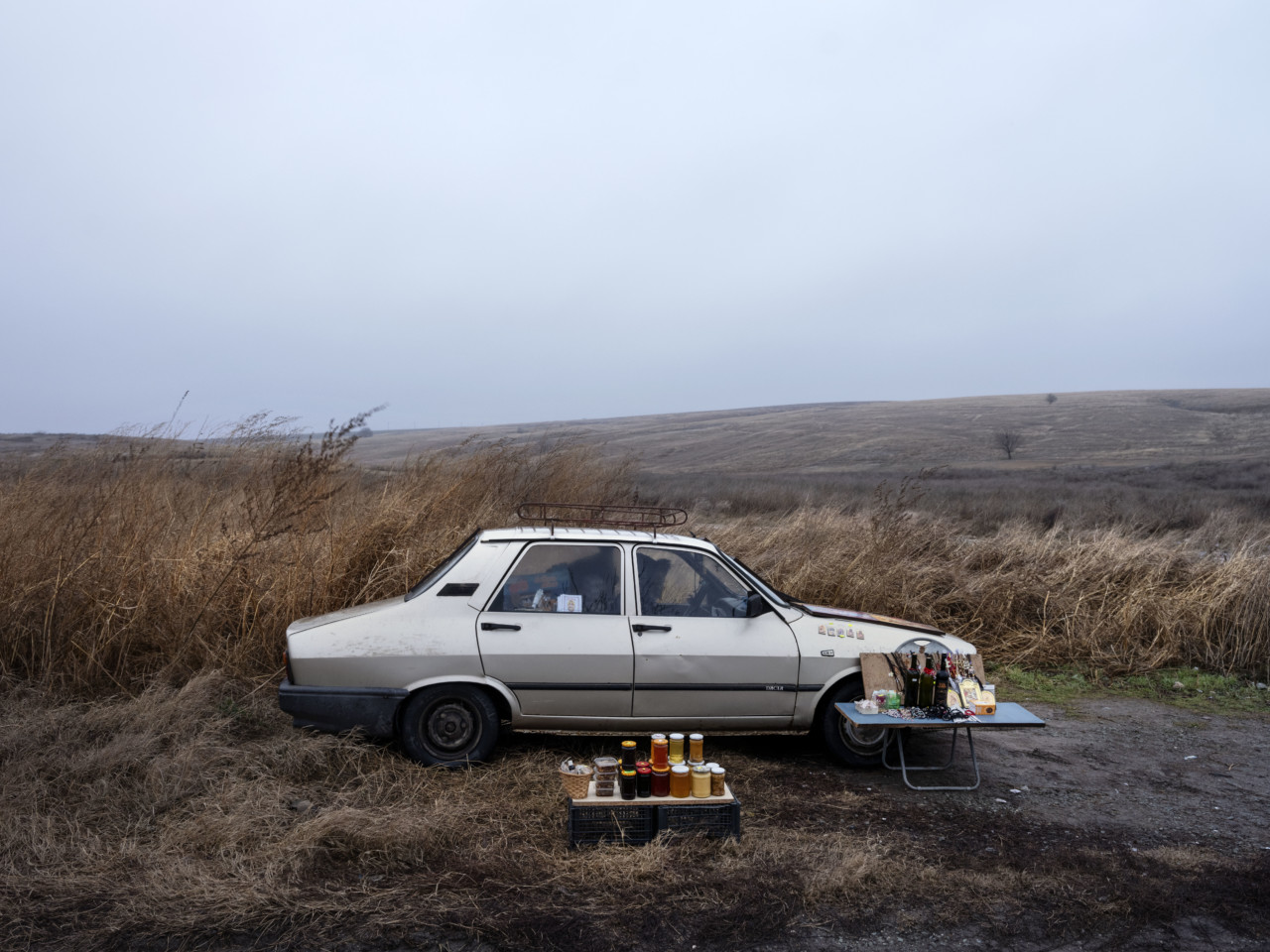 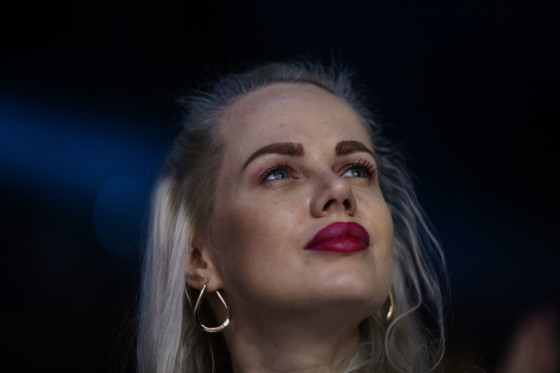 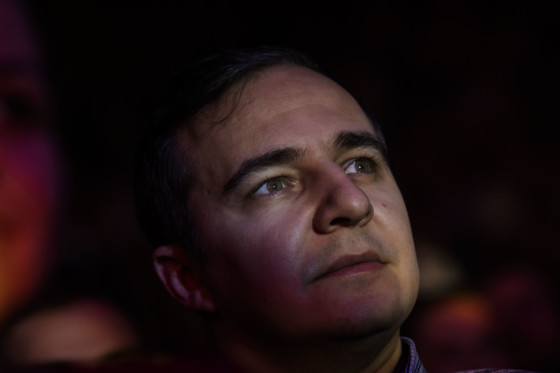 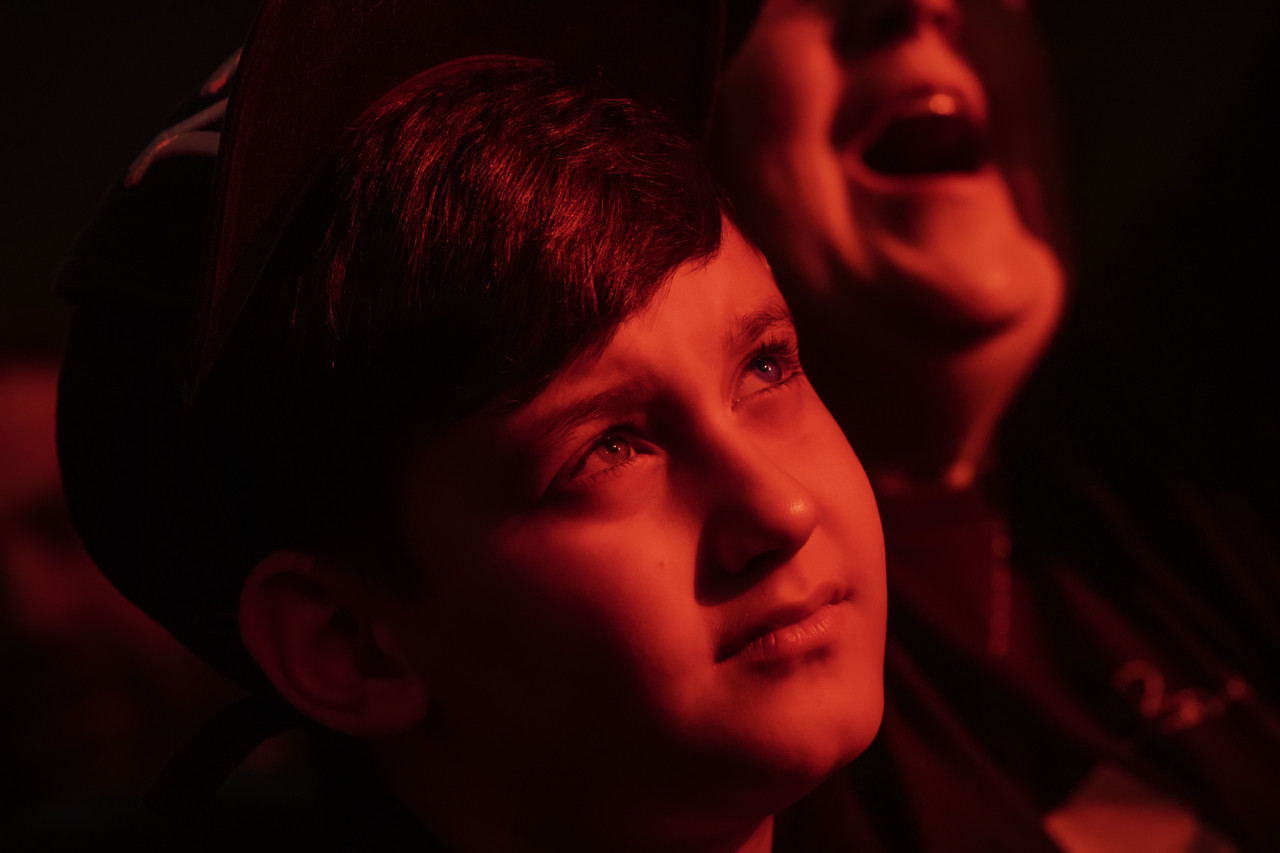 Every House Has Room, Alec Soth

Soth’s photographs – all taken on large format 8×10 inch film – are portraits in which individuals, objects and interiors retain their singularity, yet contribute to the collective image of a society. Photographed inside their own homes, his subjects come across as urban bohemians whose everyday existence goes beyond the conventional bourgeois success story – they appear believers in a self-determined life.

Soth manages to portray his subjects without judging them, preserving their secrets and respecting their differences. It is no accident that Soth also photographed the interiors and tombs of famous writers and authors such as Tudor Arghezi, father of the photographer Eli Lotar during the project. 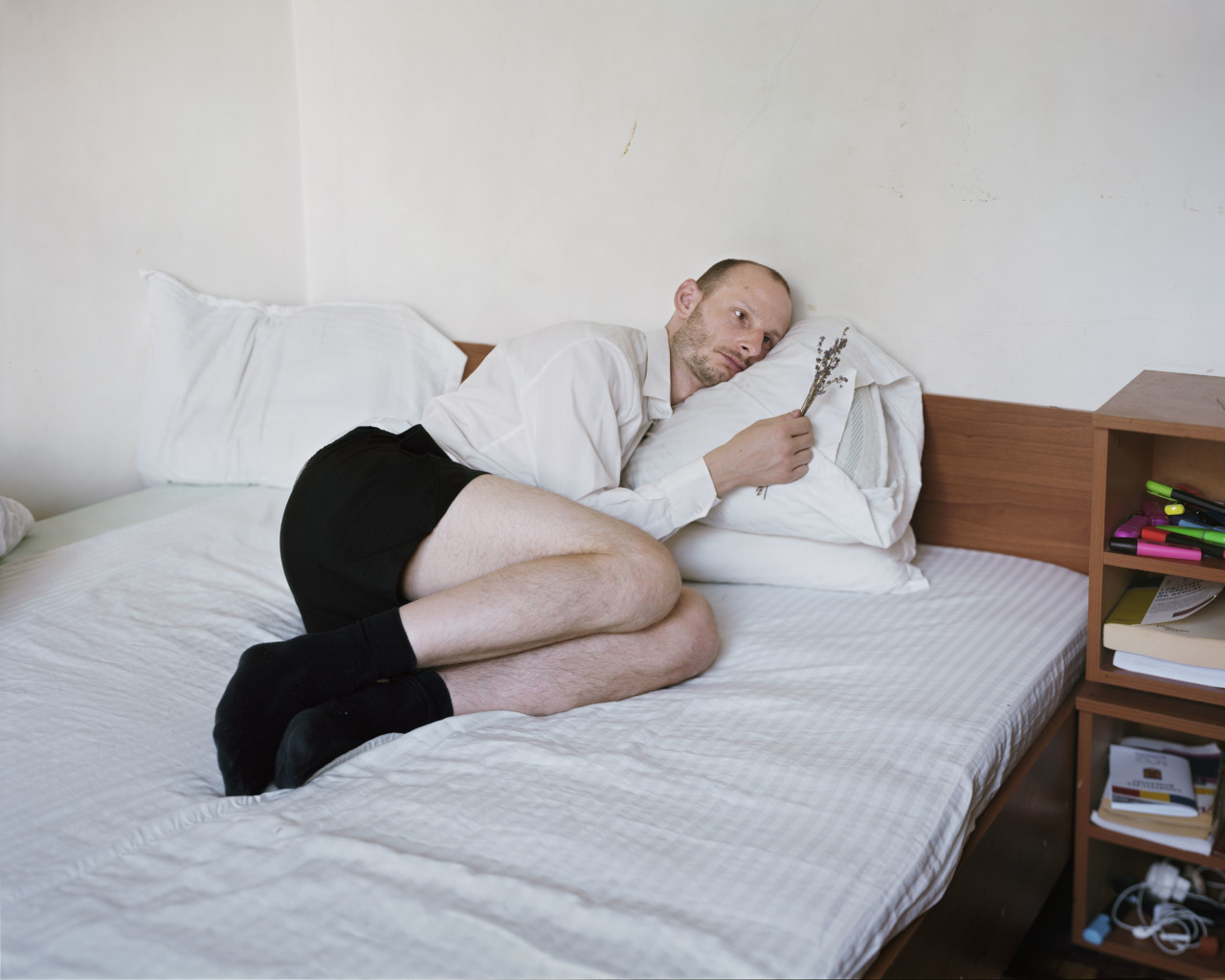 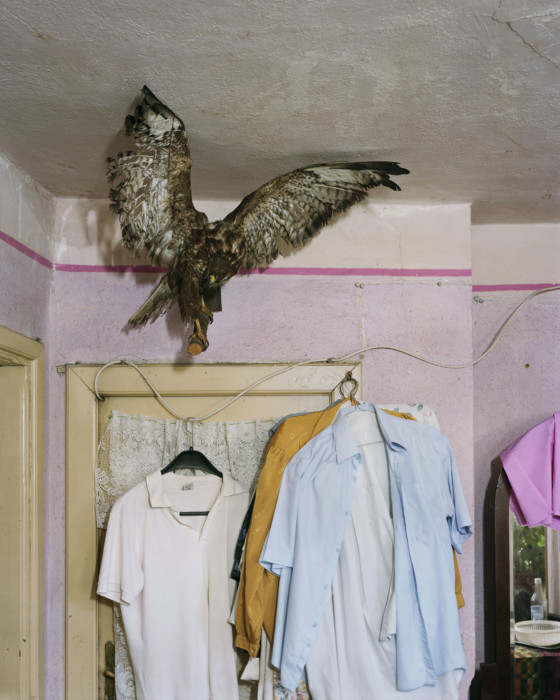 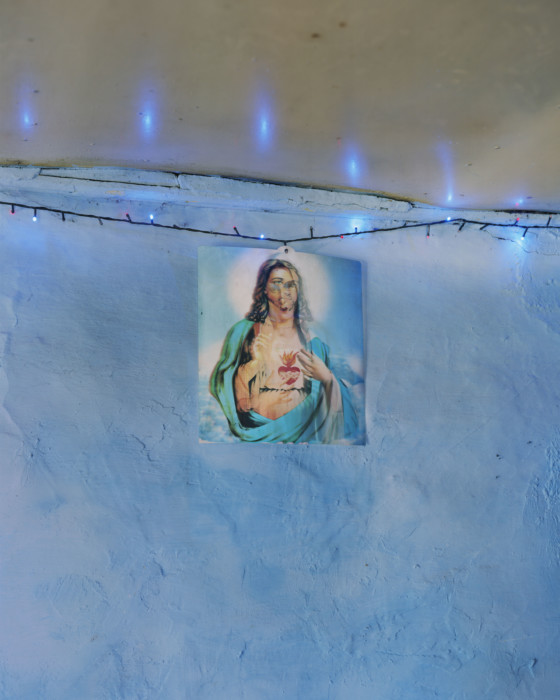 Tavakolian put the same question to a large number of people across Romania, either via an online survey or directly, on the street: ‘What image would you like to see on the cover of  a book on Romania? What should this image represent?’

Whether she finds her subjects at the Gara de Nord or on Facebook, her resulting research offers a transversal view of Romanian society. The questionnaire is the starting point for responses and portraits, and for the establishment of a network of people, ideas and images which together create this imaginary identity. Anthropologist Alexandru Bălășescu further reflected on this meta-approach in producing a cross-section of society as part of the project. 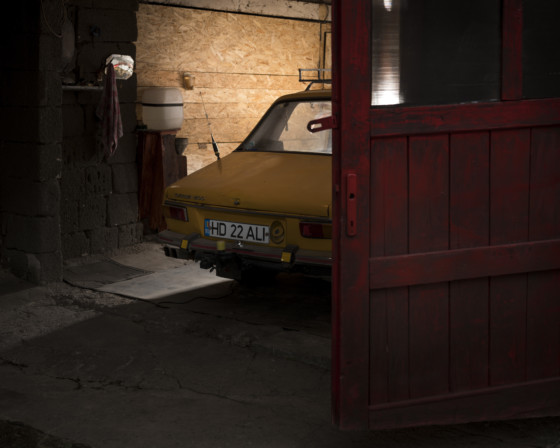 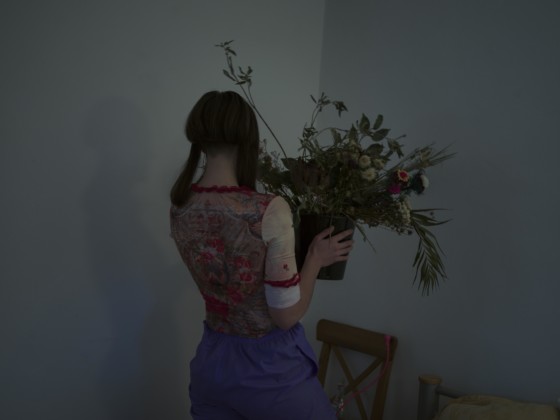 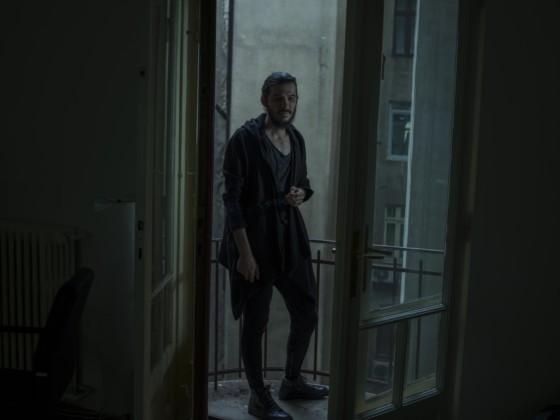 Cristian Movilă’s, Where do we come from?

Cristian Movilă, the only Romanian in the group, adds his vision to that of the five Magnum photographers. Movilă’s work is a meditation on the origins of one of the European countries that has been most shaped by rurality and agriculture.

Far from focusing on the clichés of contemporary Romania, Movilă tries to show the coexistence of the ‘where do we come from?’, and of the ‘where are we going?’ He pays simultaneous homage to the various ethnic and religious origins of Romania, and to the old men roaming their land, as well as to the younger generations who tend to their ancestral domains while building something new.

Coupled with psychiatrist Gabriel Diaconu’s stream-of-consciousness text, this multifaceted depiction reveals and pieces together the fragments of the pair’s homeland, from dilated families to religious foundations, and the turbulent energy of its youth. 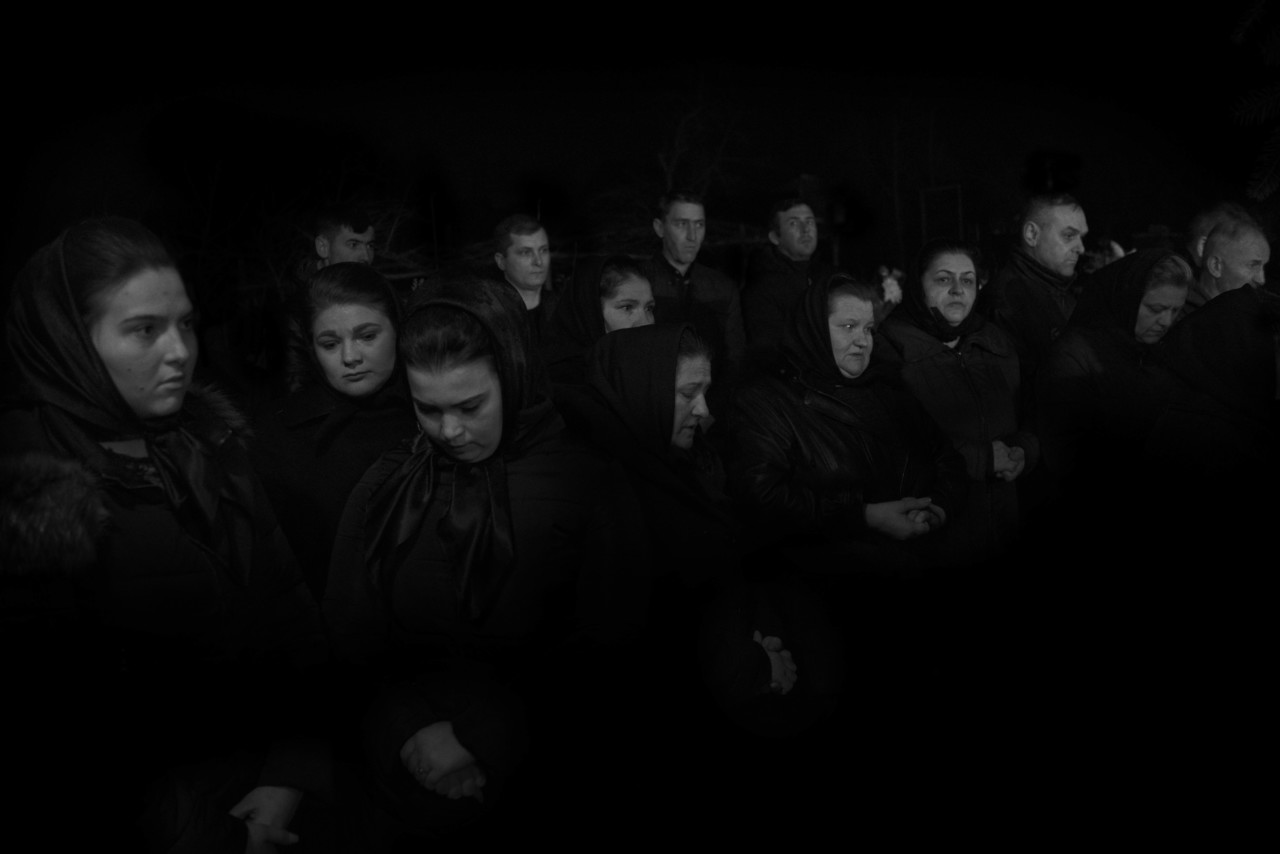 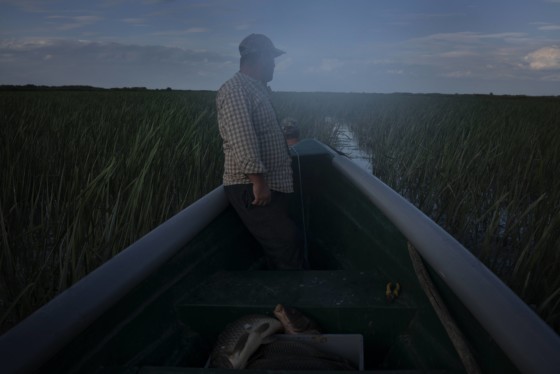 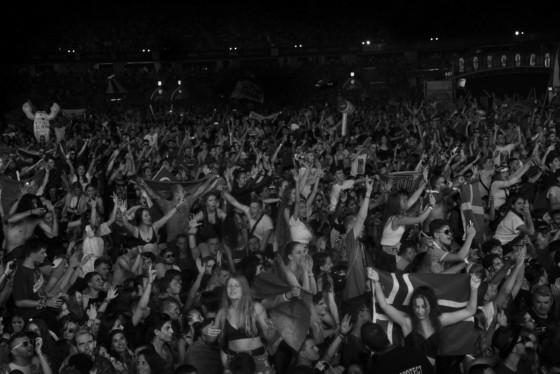 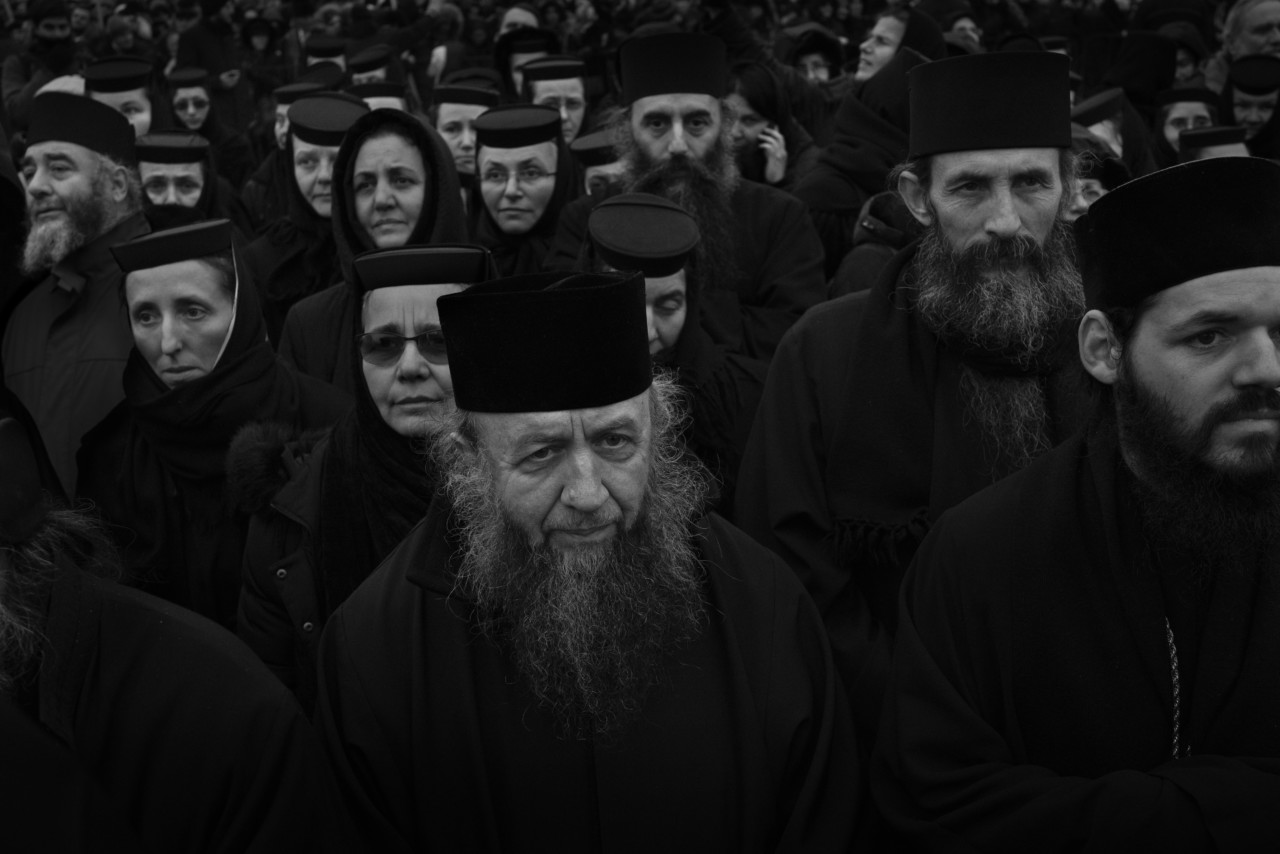