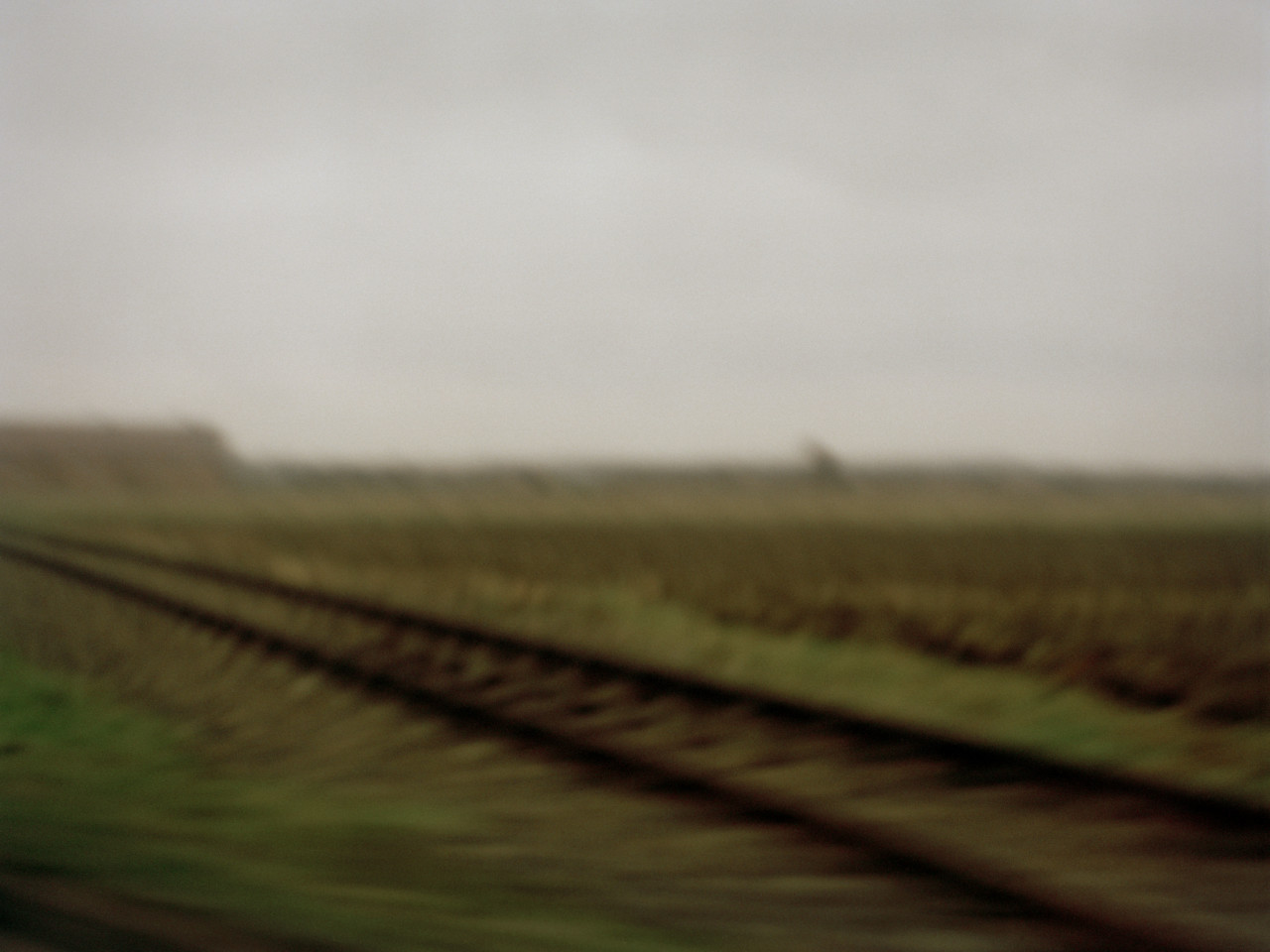 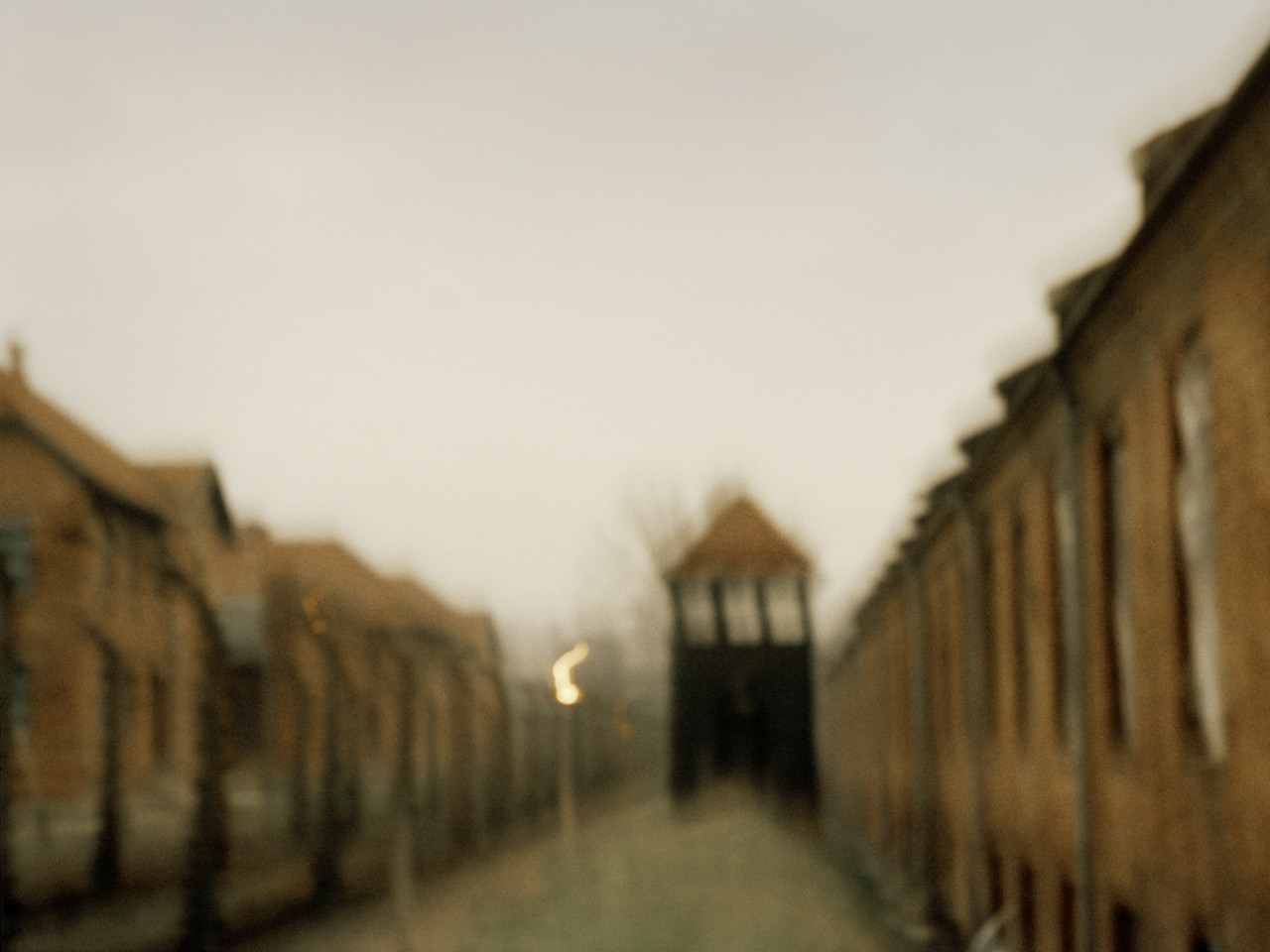 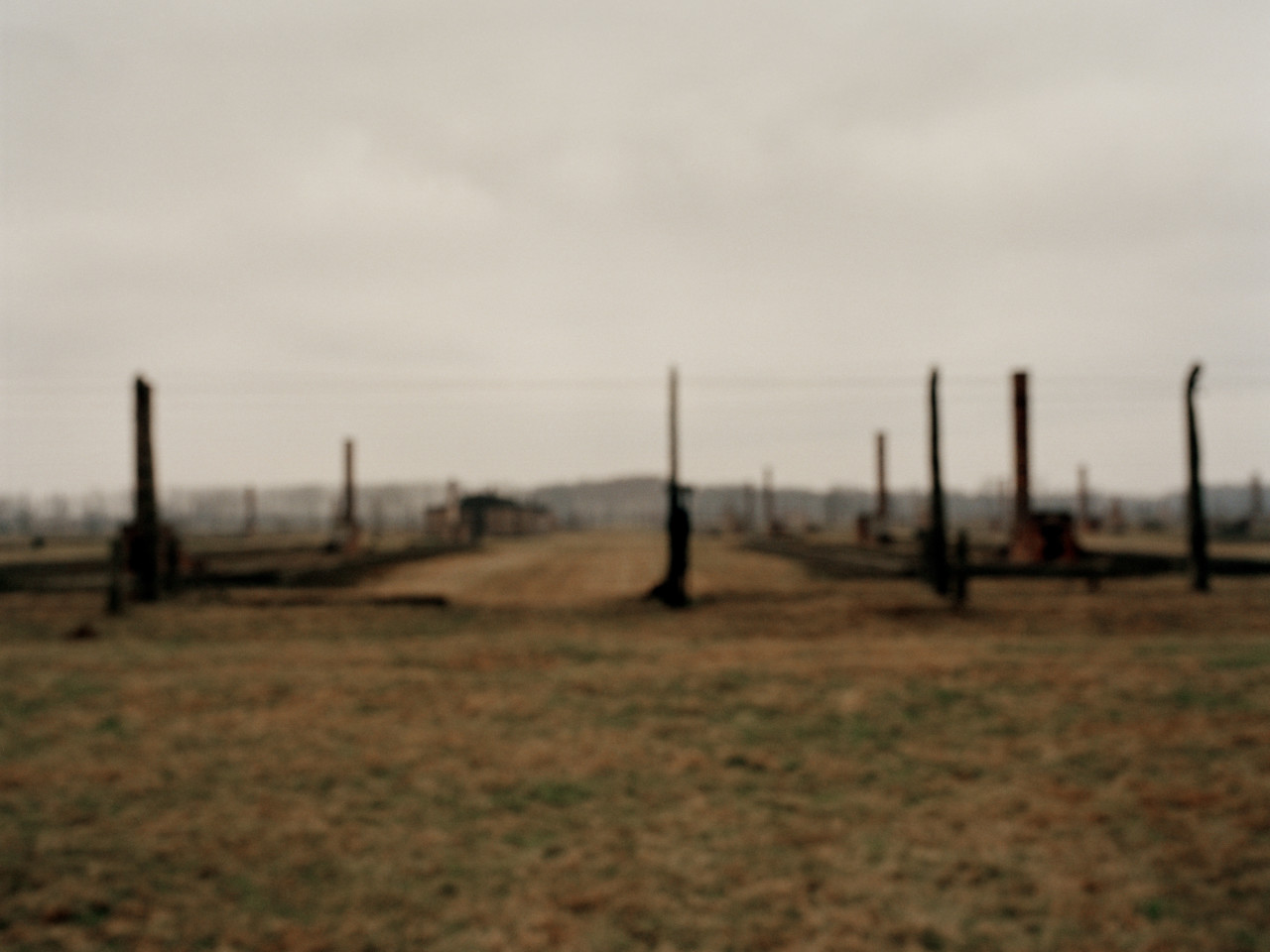 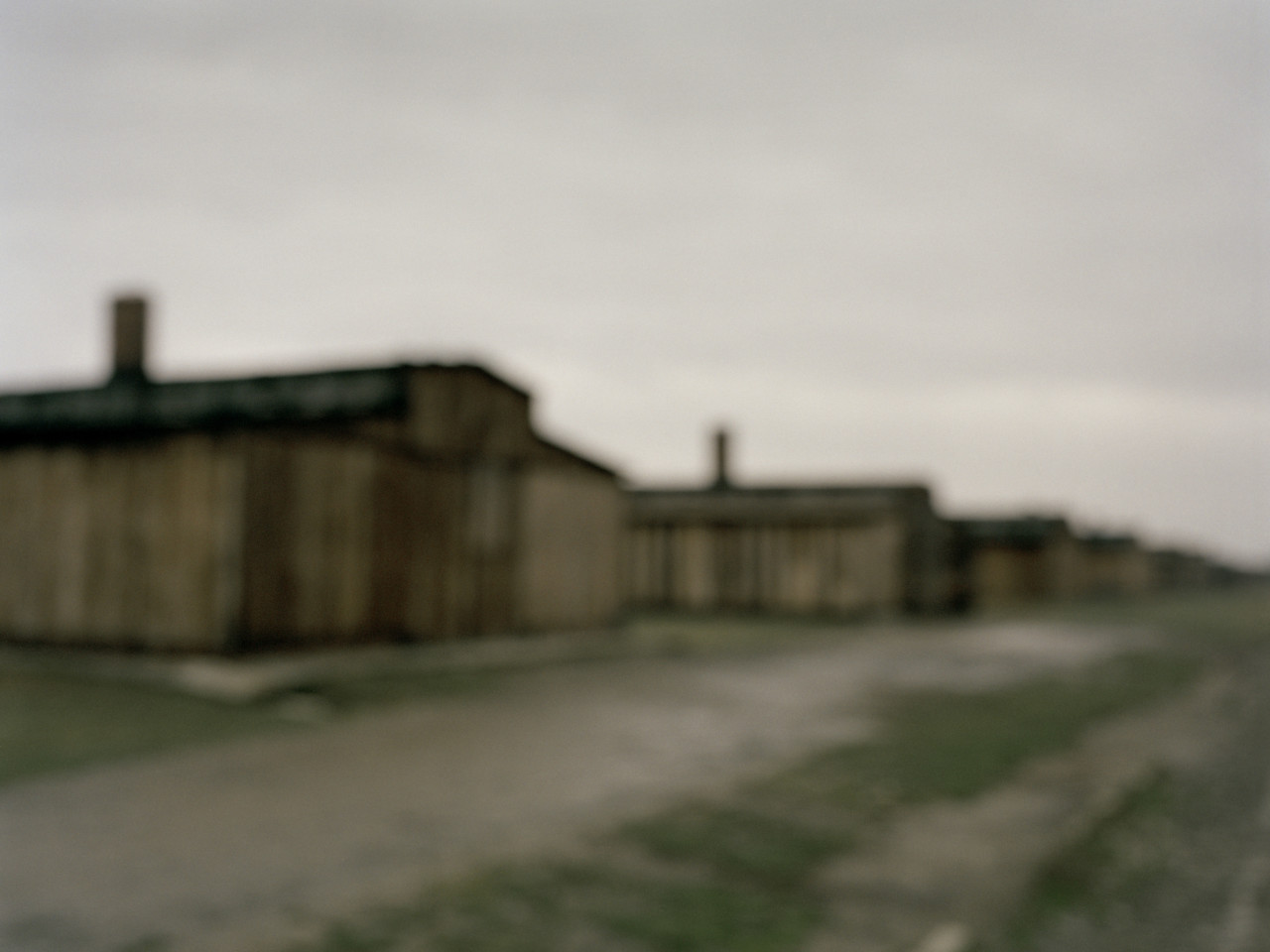 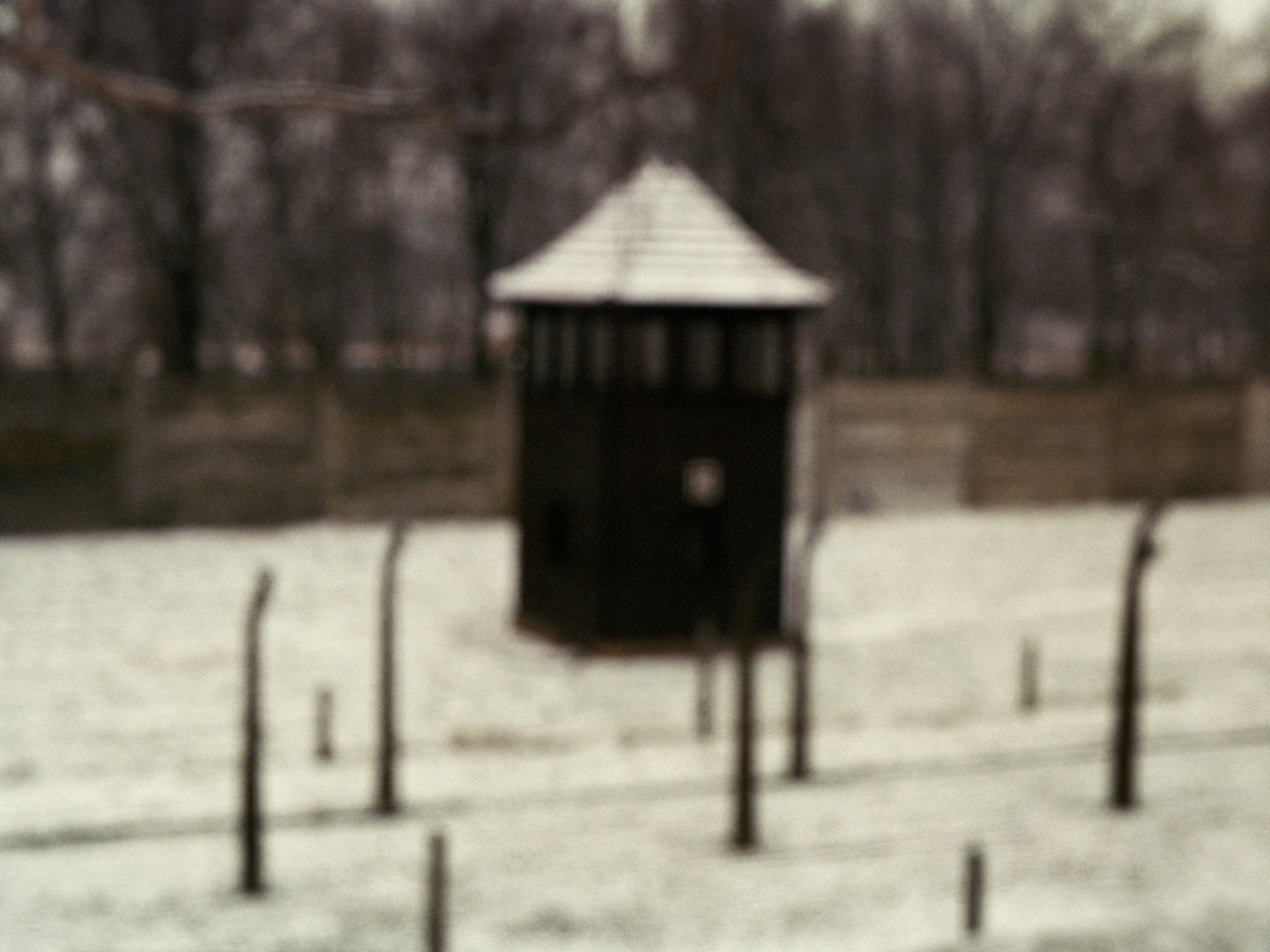 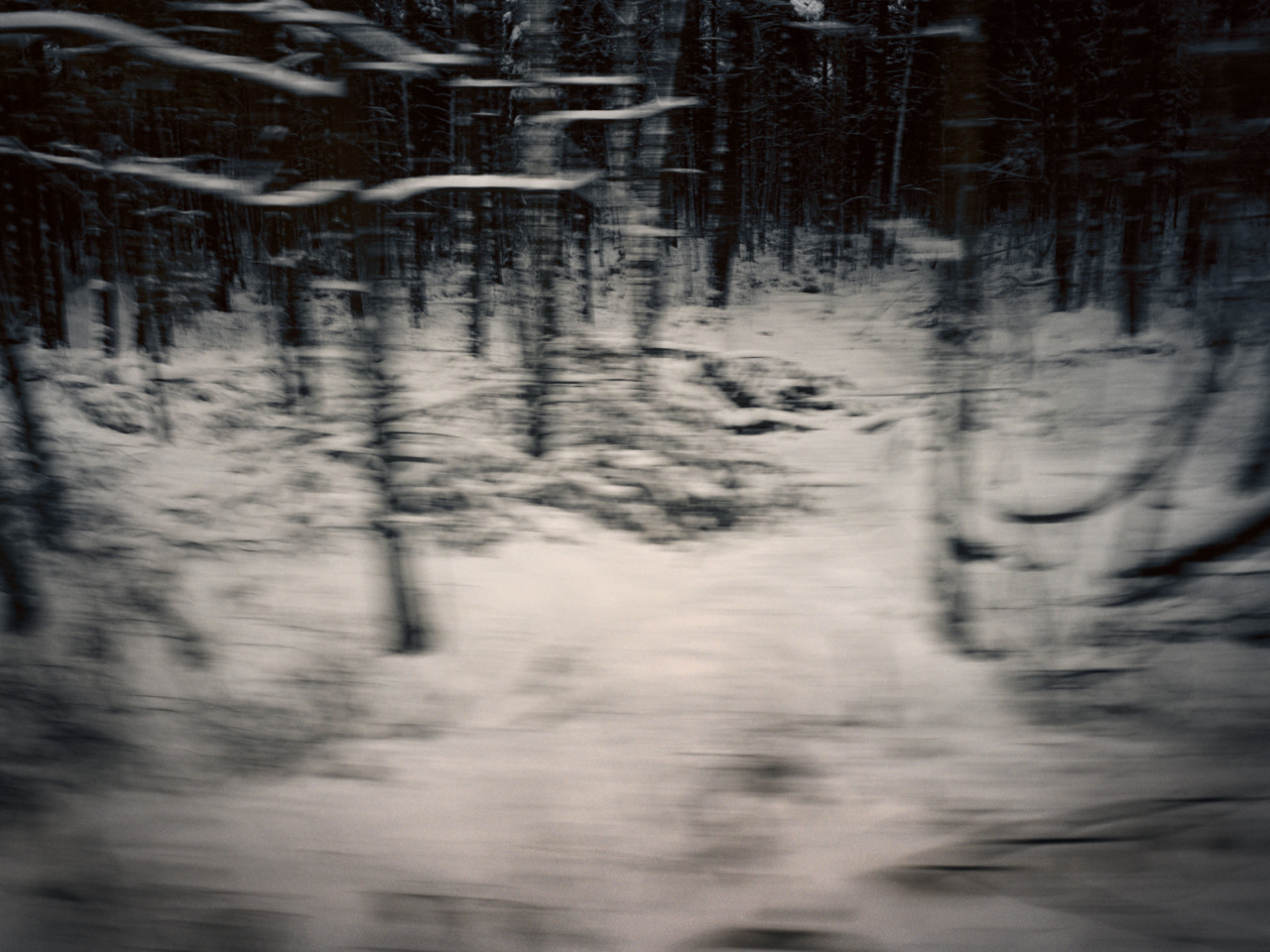 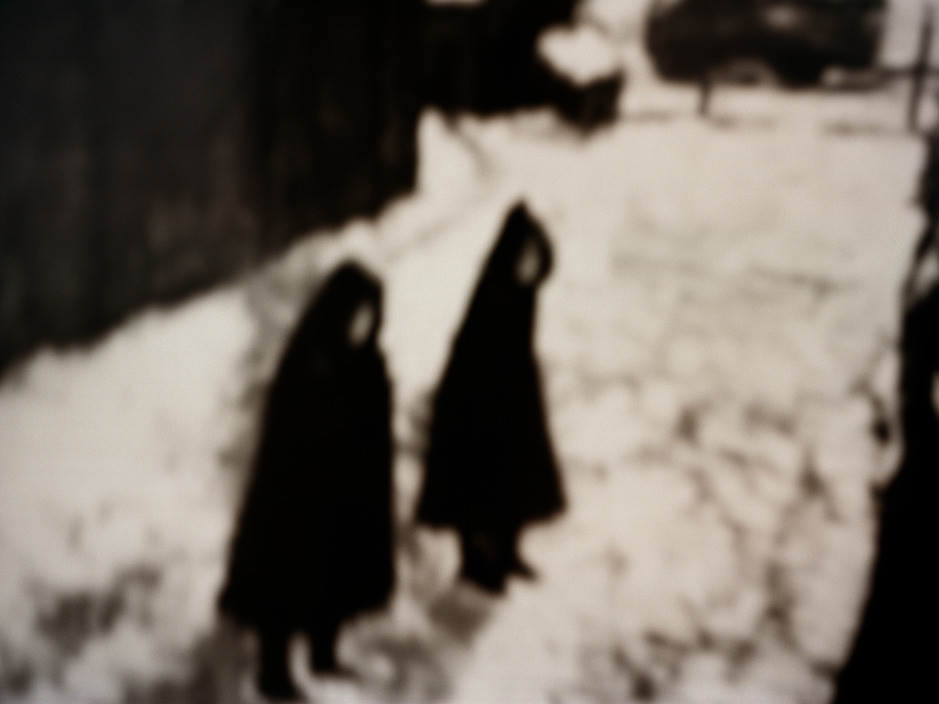 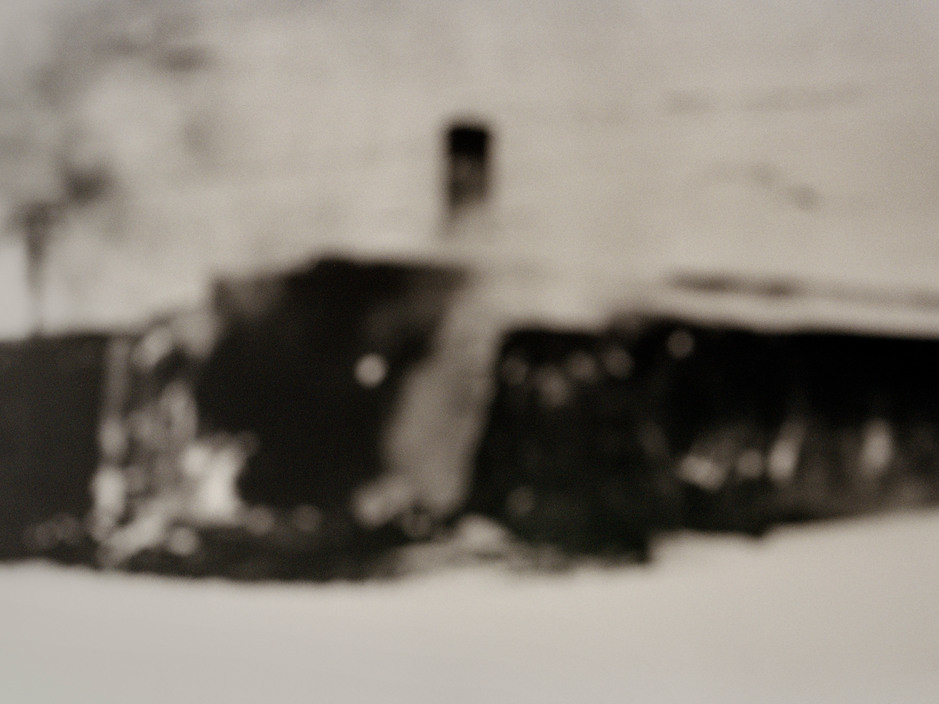 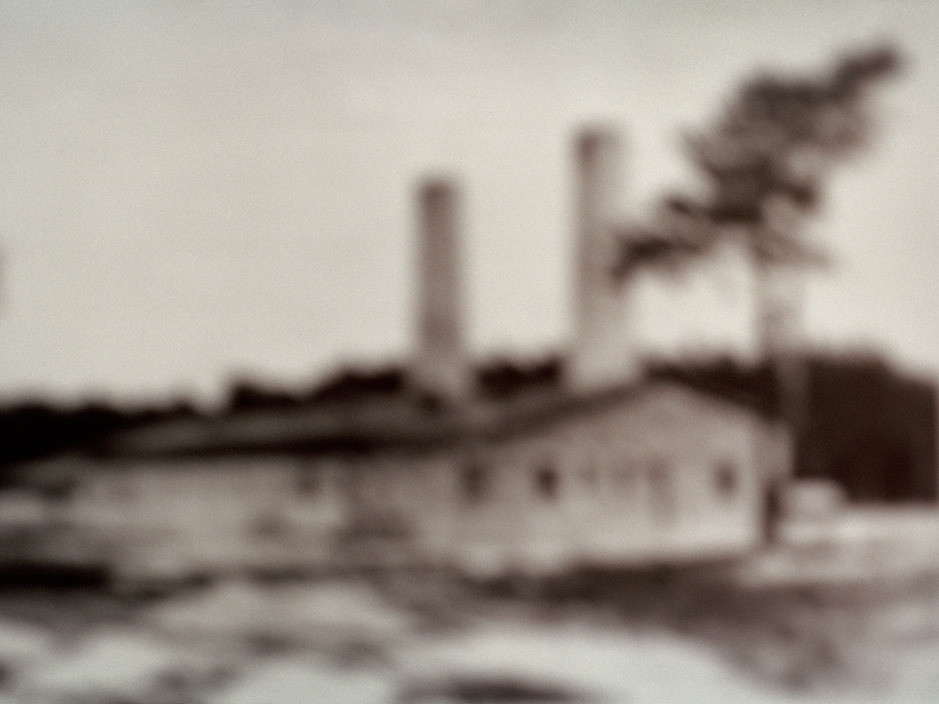 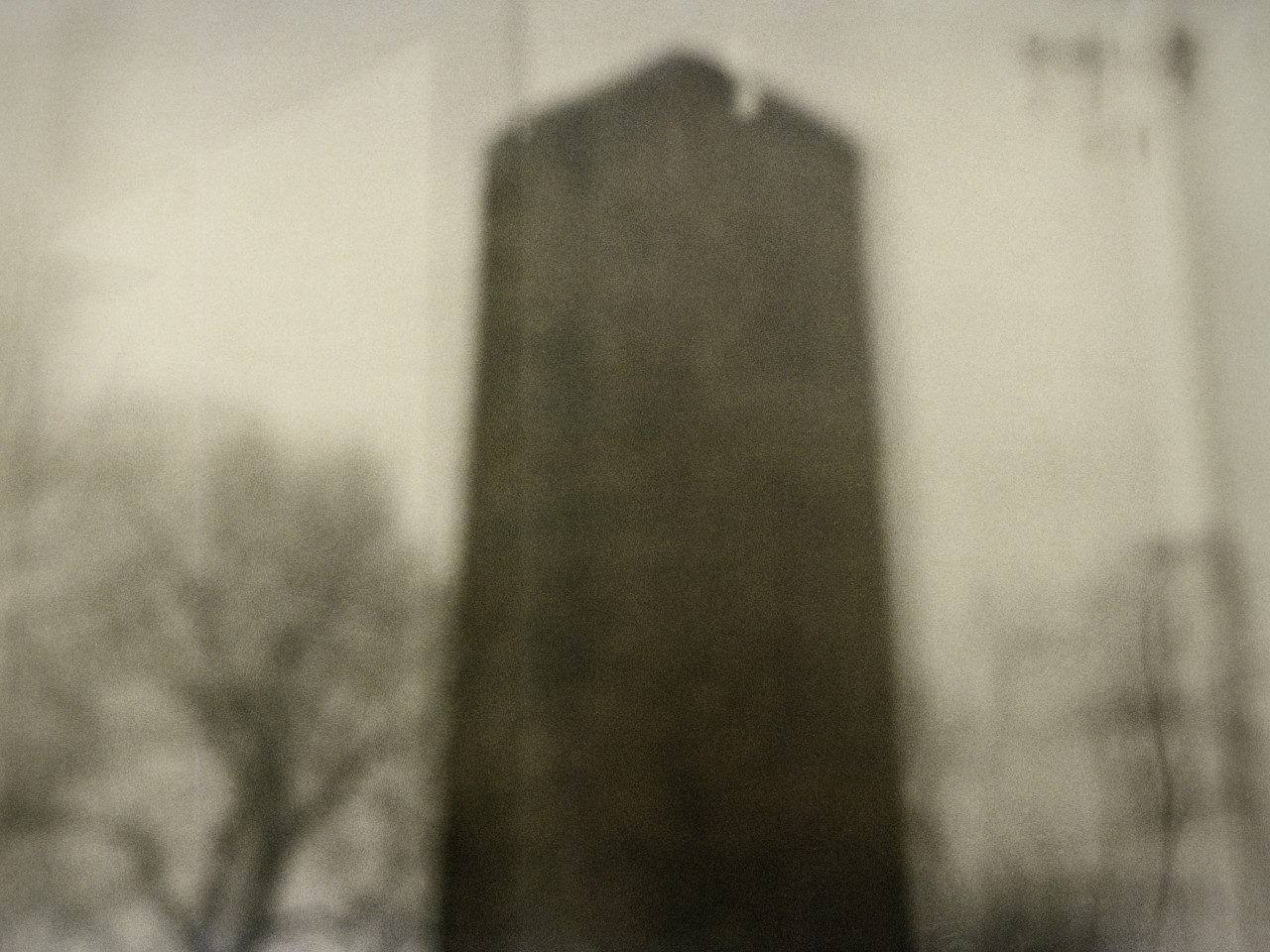 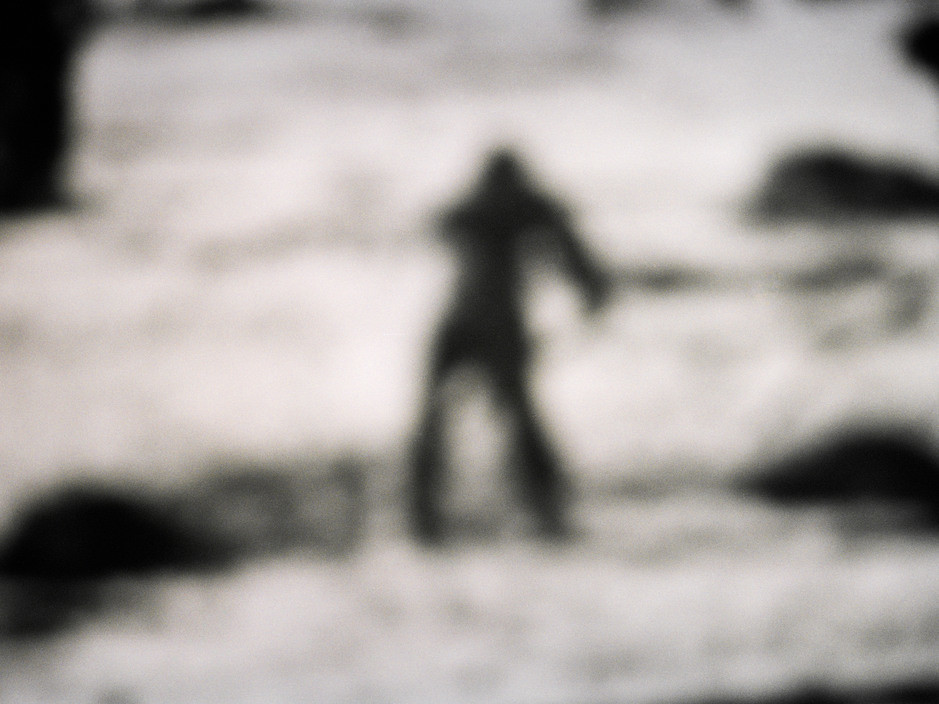 During WWII, the Polish town of Oświęcim was annexed by Nazi Germany and became home to Auschwitz, a network of German Nazi concentration and extermination camps built and operated by the Third Reich. According to the United States Holocaust Memorial Museum, it is estimated that the SS and police deported at least 1.3 million people to the Auschwitz complex between 1940 and 1945. Of these, the camp authorities murdered approximately 1.1 million.

In 2002, Antoine d’Agata travelled to the town of Oswiecim. His characteristic photographs capture the specter of the area’s past. Here, in prose from his book Désordre, Agata reflects on how his project reveals a personal relationship to the location:

Berlin, Katowice, Oswiecim, stages of an improvised itinerary. The desire to understand. The landscape does not retain the eye. Pregnant, as if in hollow, devoid of tragedy, charged with an intimacy with history that is inaccessible to me. The gap between the banality of appearances and this tension deforms the gaze, causes an indefinite malaise, a deaf tension. What I know contaminates what I see. Since my arrival in Poland, this same sense of absence, of a fait accompli, persists. The photographs I make of the outskirts of the camp are marked by this frustration. The pale light disappears and condemns the images to a blur. A deep fog clouds the eye. The little town of Oswiecim is ordinary. The silence and stopped time seem complicit. The camp is a gaping void despite the many explicit landmarks; stone buildings, watchtowers, barbed wire. I renounce and photograph the archive images. The thing I see is beyond my ability to represent it. Claiming to document the place makes no sense. Today, the wooden barracks are redone, the barbed wire changed regularly: an historical reconstruction which, however precise, remains illusory. I do not have to take pictures for fear of disappearing traces or material proofs. This was done before, during, and after the liberation of the camp. I cannot pretend to be an historian or a witness. The only position I can and want to assume, is that of visitor to the Auschwitz camp. I choose not to focus my lens. It is not a matter of morality but of relevance. I can only account for my own perception of the camp, which, conceived as a place of memory with a pedagogical vocation, intervenes as a screen. The feeling of being intimated, crushed by the architecture of the concentration camp is brutal. I make these images because there is a feeling of guilt, the guilt of shared responsibility. I can only try to shoulder it on my own terms. This does not restrain me, but leads me to take shots, compulsively. My journey is stuck. I look at empty, opaque spaces. The truth of these short moments is played out in the distance that separates me from the surface of places, in the progressive understanding of their profound nature. Traces of the past, forced reminiscences, are superimposed on the images of the present, which are only fragments of my conscience. I give up photographing the relics, the anthropomorphic portraits, an endless succession of innocent faces and human lives annihilated. Collapse of logic, of thought. Night comes. Dazed in a cafeteria at Oswiecim station. Only an image remains: a banal snowy landscape, the outside world photographed from the camp. An impassable distance. Everything is diluted.