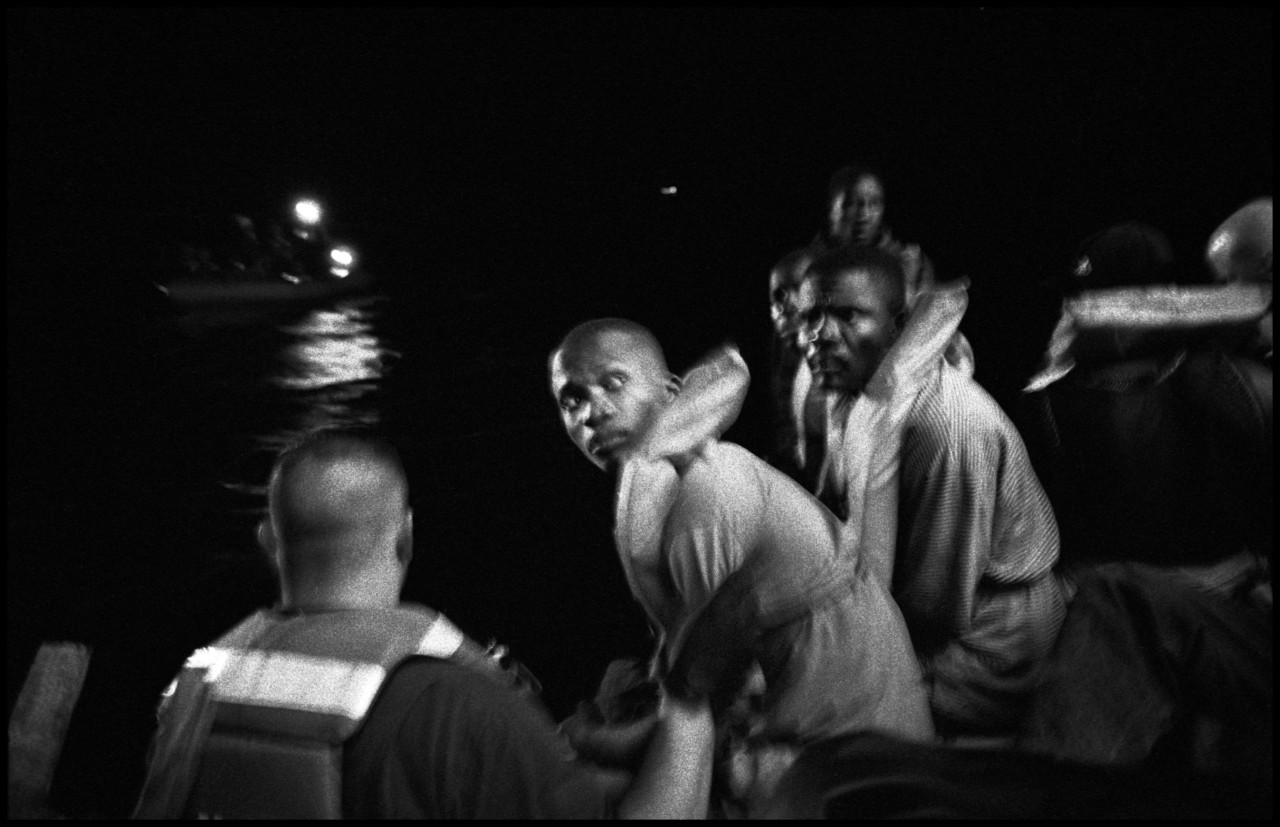 10
Christopher Anderson 44 Haitians attempt to sail from Haiti to the United States in a 23-foot homemade wooden boat named the 'Believe in God.' As the boat sinks, the coast-guard board the boat to rescue its passengers. (...)
Haiti. 2000. © Christopher Anderson | Magnum Photos 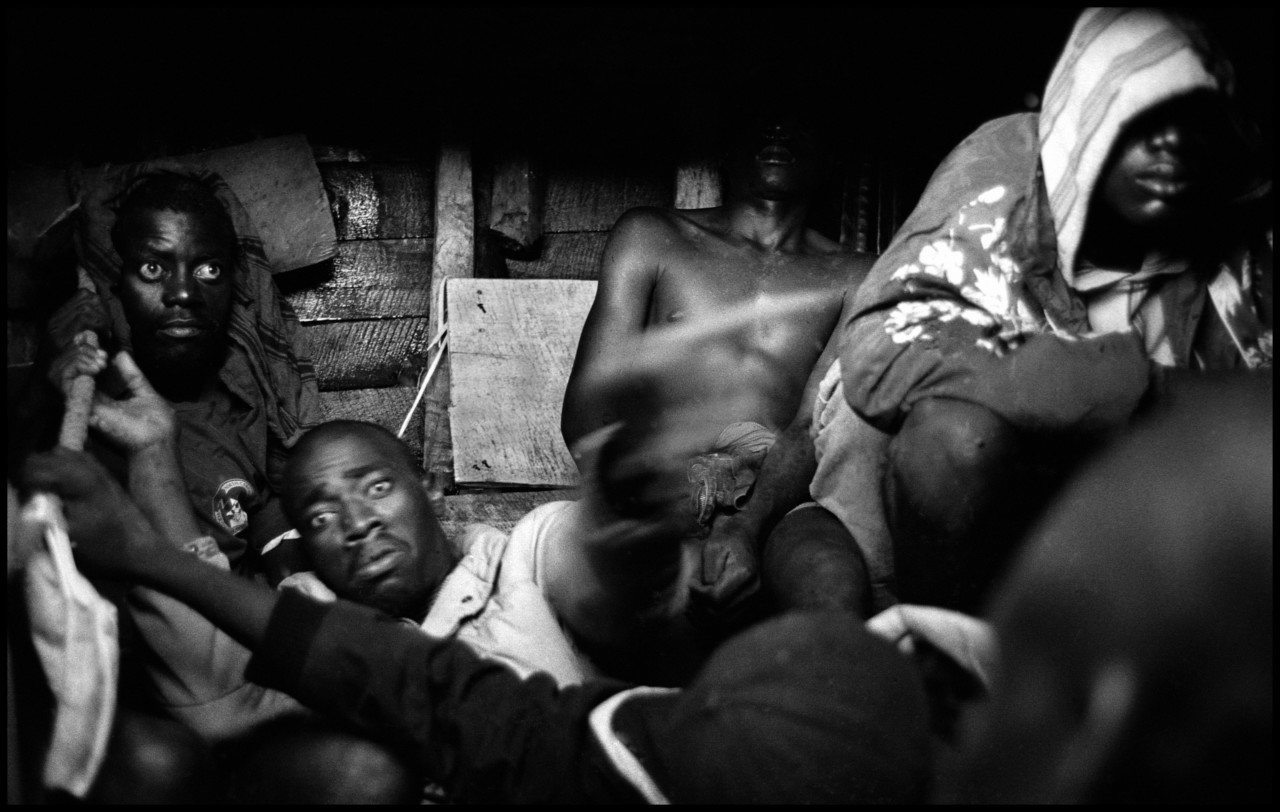 10
Christopher Anderson In the hold of the boat 'Believe in God', some hundred miles off the coast of the Bahamas, after leaving L'lle de la Tortue, Haiti. The Haitians aboard are terrified as we realize that the boat is (...)
sinking. Most do not know how to swim and are willing to risk their lives to make it to America. Haiti. 2000. © Christopher Anderson | Magnum Photos 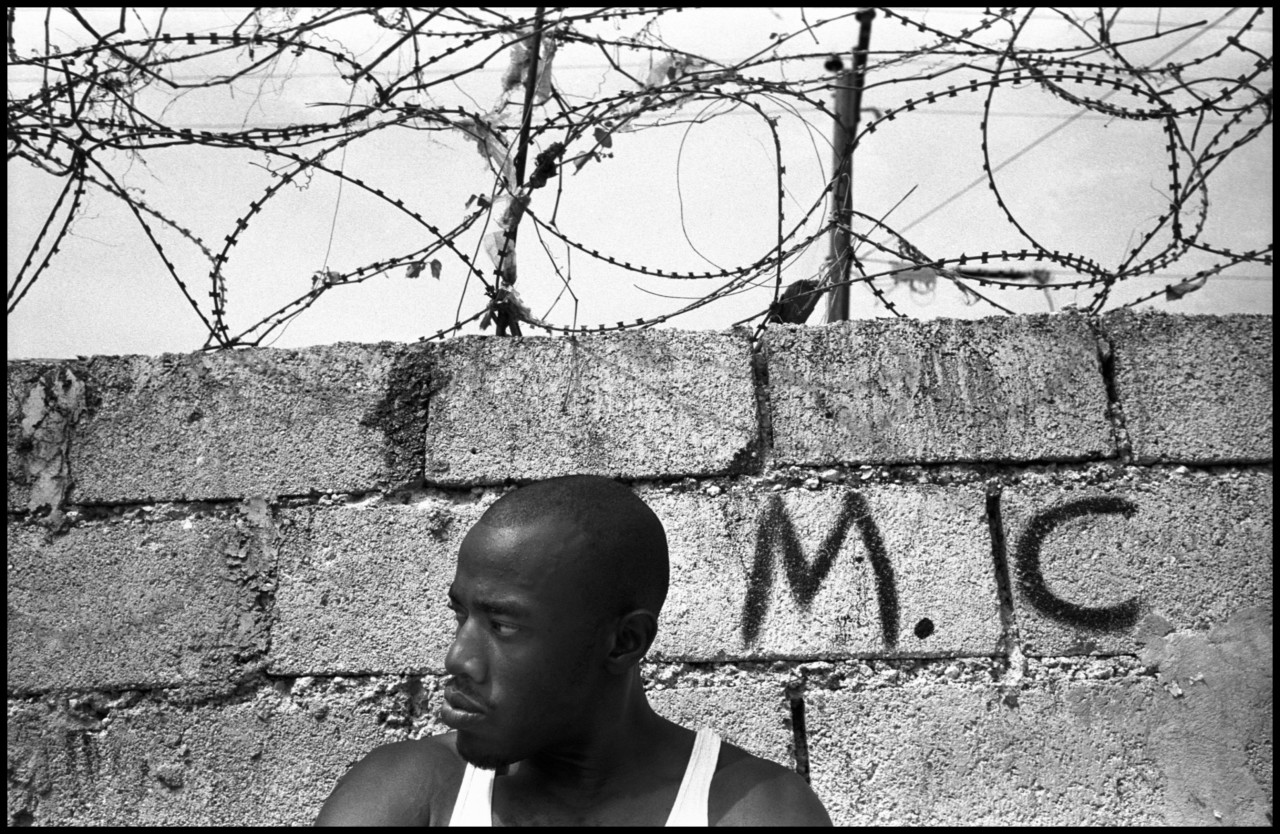 10
Christopher Anderson A Haitian man drifts in and out of consciousness from dehydration. He was too weak to stand and had to be carried from the boat by the coast-guard, who came to the rescue as 'The Believe in God' (...)
began to sink. Haiti. 2000. © Christopher Anderson | Magnum Photos 10
Christopher Anderson Two workers take a break from boat building in the shade. On the L'Ile de la Tortue boats are made by hand from pine trees, scrap wood and used nails and are then used in attempts to sail from Hait (...)
i to America carrying human cargo. This is the starting point for an epic voyage that many hope will take them to America. Haiti. 2000. © Christopher Anderson | Magnum Photos 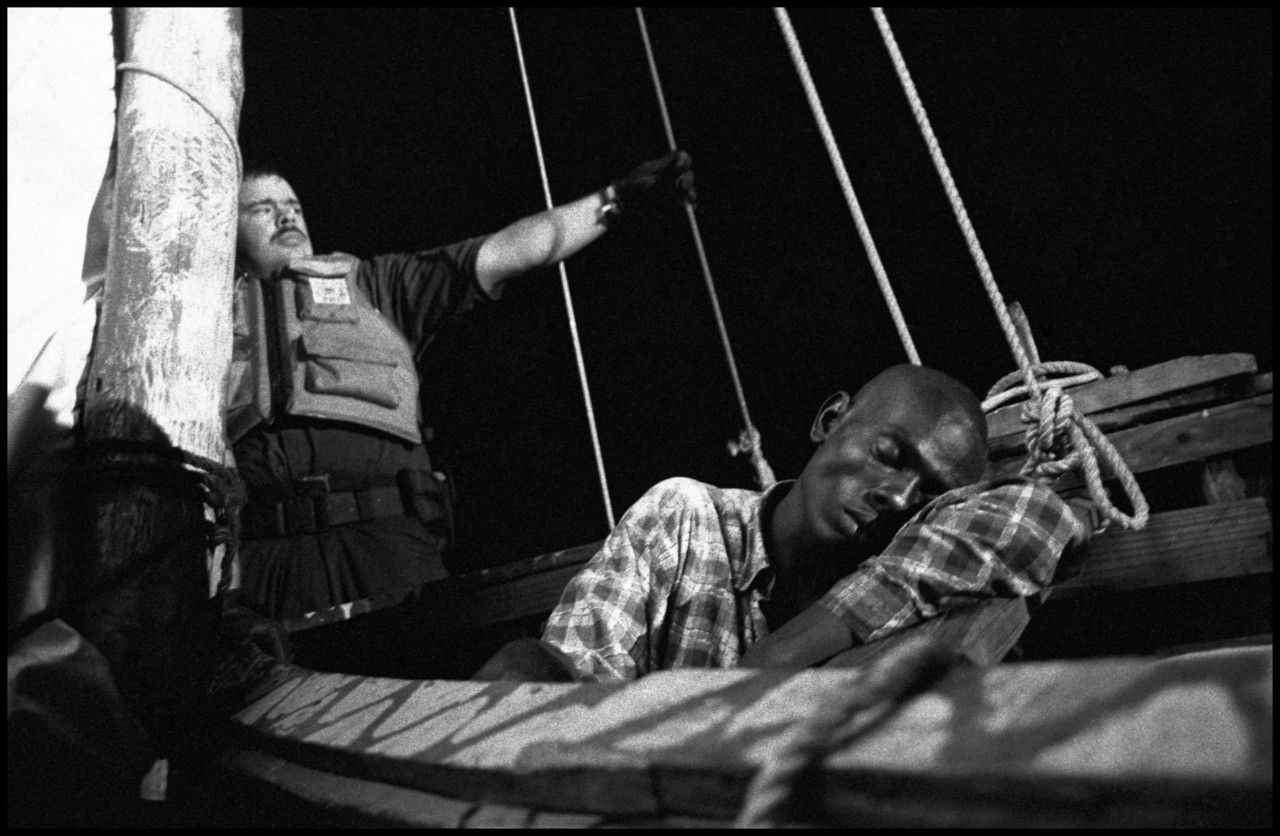 10
Christopher Anderson A Haitian man drifts in and out of consciousness from dehydration. He was too weak to stand and had to be carried from the boat by the coast-guard who came to the rescue as the 'Believe in God' b (...)
egan to sink. Haiti. 2000. © Christopher Anderson | Magnum Photos
10
View all

In 2000 Magnum’s Christopher Anderson joined journalist Michael Finkel and 44 Haitians aboard a 23-foot-long wooden boat named ‘Believe in God’, which was powered only by sails. The clandestine Haitians, mostly hiding below deck, were fleeing their home country with hopes of making a 600-mile journey to start a new life in the United States. But when the boat began to sink, all passengers – including the journalist and photographer – were in danger, with the United States Coast guards having to rescue them all off the coast of Florida. The photographs Anderson took earned him the Robert Capa Gold Medal award. For the Magnum Contact Sheets Book, Anderson recalled the events:

“A couple of days into our journey, the boat began to sink. We were doomed and we knew it. We started saying goodbye to one another. Strangely, it was quite calm on the boat. There was not much to do except resign oneself to the inevitability of it all. Up to that point, I had not taken many pictures. Everyone on the boat knew I was a photographer, but it somehow had not felt right. It’s difficult to explain. But as the boat sank, David, the Haitian whom I had followed on this journey, said to me, ‘Chris, you’d better start making pictures. We only have an hour to live.’ And so, without much thought, I began making pictures.

We were saved at the last moment by a US coast guard cutter that happened upon us, but that’s another story. Much later on, back home safe, I reflected on this question: why make pictures that no one will ever see? The only explanation for me was that the act of photographing had more to do with the explaining of the world to myself than explaining something to someone else. The pictures were about communicating something about my experience, not about reporting literal information. This would be the single most transformative moment of my photographic life.”