The Magnum photographer reflects on his 2016 project, which even in the earliest days of her rule, cast doubt on Aung San Suu Kyi’s potential to bring far-reaching reform and democracy to the country Chien-Chi Chang, known for projects like The Chain and Double Happiness, which explore polarised aspects of alienation and human relationships, turned his attention to the duality of life in Myanmar during the 100 days that followed Aung San Suu Kyi’s ascent to power. Over those 100 days he – like so many within Myanmar and around the world – saw her fail to live up to immense expectations. During her years living under house arrest Aung San Suu Kyi had become an icon, a silent representative of human rights and freedom, at odds with the junta that had detained her. Yet today Myanmar remains in focus for its continuing failure to address the systemic mistreatment of its Rohingya minority, a lack of press freedom, and human rights abuses. Here, Chien-Chi Chang reflects on his project and how it sits within the nation’s current travails. 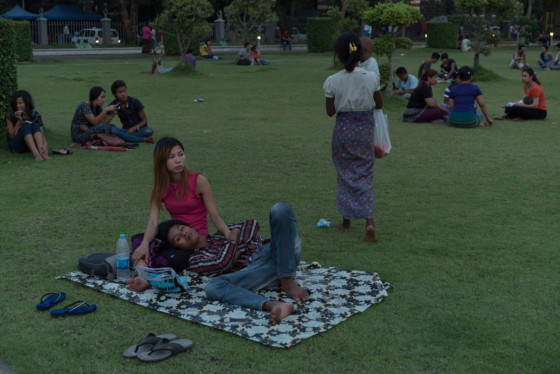 "For the first time, it seemed that democracy and human rights would prevail in Myanmar" 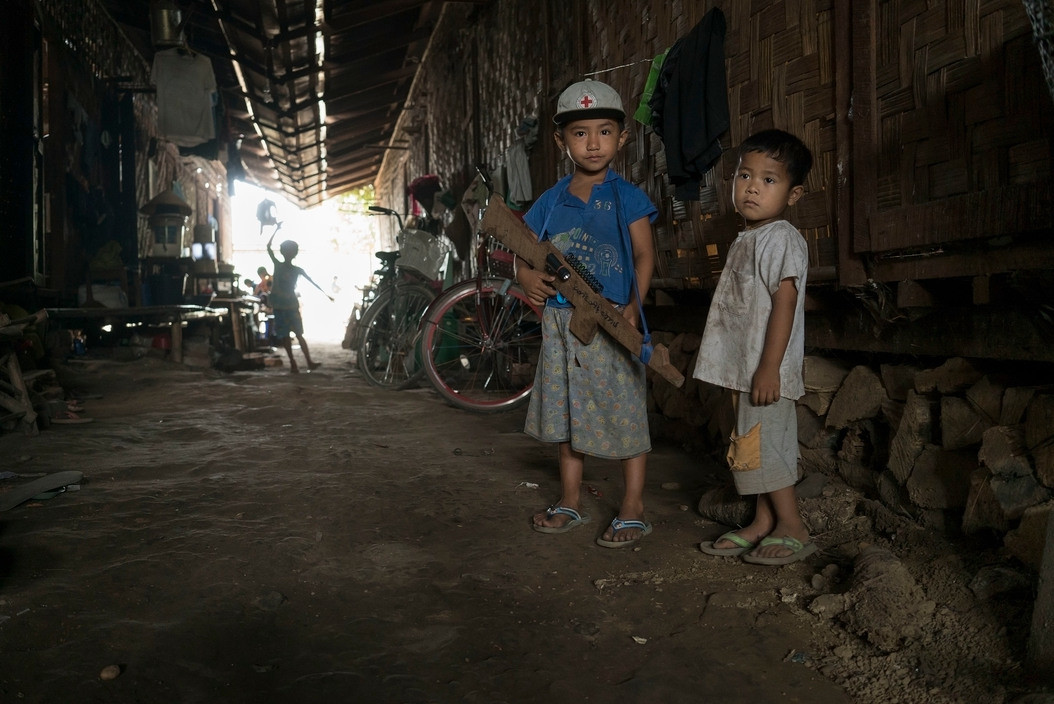 How did your Price of Isolation work come to be? What were your motivations, and what level of personal attachment did you have to the issues at hand?

I had always been fascinated with Myanmar (Burma) ever since I read George Orwell’s Shooting an Elephant. I have made over ten trips to Myanmar in the past decade. Back then, the military junta was insular and xenophobic, and I had to assume that every move I made and every word I said was being watched or listened to by Big Brother’s ubiquitous informers.

It was unlike any land I had been to or knew about before. Every trip was challenging—sometimes menacing but always exciting, too. When I first photographed the Nobel Laureate Aung San Suu Kyi, as she was released from house arrest, I switched taxis three times for a 10-minute ride, stopping by a movie theatre and a shopping mall to shake off potential tails so as to reach The Lady’s party headquarters in one piece.

It had become a matter of time before she would come to power. I could smell an urgent hunger for, and sense of, freedom in the air. For the first time, it seemed that democracy and human rights would prevail in Myanmar. I had high hopes for the country and its people. 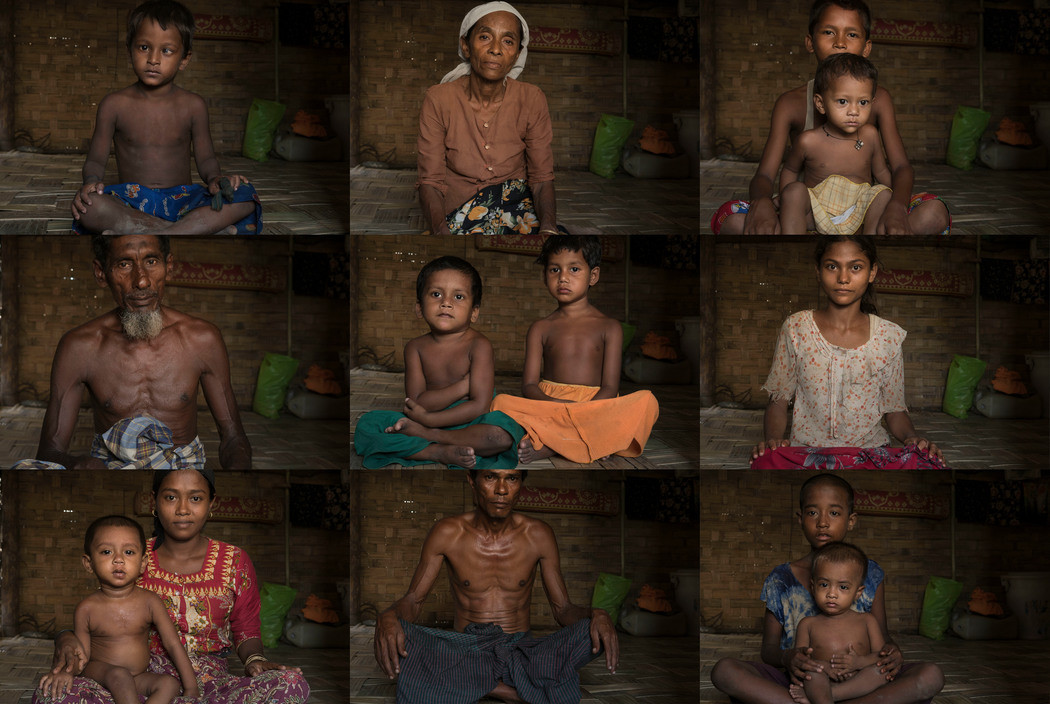 "While killing goes on at the border, elsewhere in the country there is still life to be lived" The project you made over the next 100 days paired images from displaced person camps with more personal portraits and cityscapes, how did you approach the work? And how do you see it as fitting within your wider practice, and your longstanding interest in interpersonal relationships?

In making photographs, I try to recognize an order within the existing visual anarchy. In making diptychs or polyptychs, in this case it was because in Myanmar, history and politics do not always present the same face. While killing goes on at the border, elsewhere in the country there is still life to be lived. For this project, I juxtaposed the contrasts within a country that had been buried in the past, and which was now coming into a new world it was not familiar with.

What, for you, was the significance of the 100 days in which you set the work? To some it may seem a short time in which a new leader might make great change?

The first hundred days is precisely the time period when a new leader sets their agenda for governance. It was the exact time when Aung San Suu Kyi could have prevailed. She didn’t use that time. Like much of the Western World which had acted to save her life, I believed in her. There was hope that she, and an organized Western response, could step in and save a country in transition. 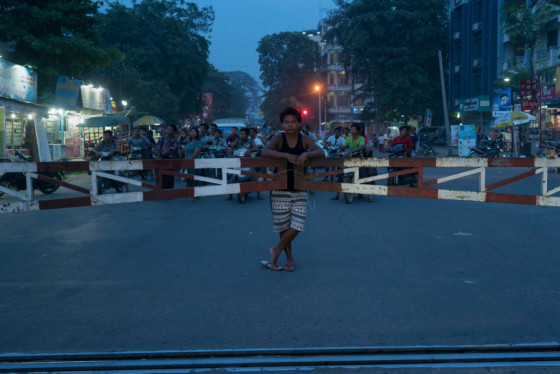 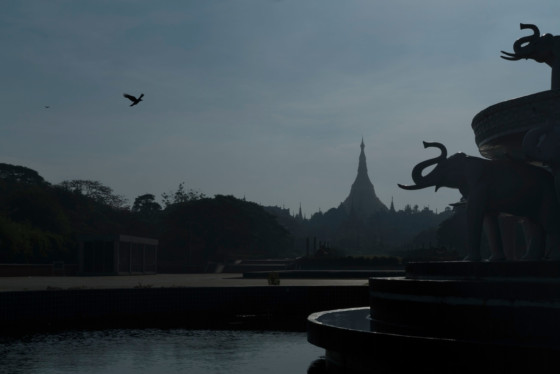 Were you, as someone who has worked in the region, always more circumspect about the impact her being in power might have?

At that time, to the outside world, Myanmar was a shining candle of hope and possibility. On the inside, we suffered the incredible disappointment of The Lady’s first 100 days in power. It’s ironic beyond belief that in her essay Freedom from Fear, she stated that “It is not power that corrupts but fear. Fear of losing power corrupts those who wield it and fear of the scourge of power corrupts those who are subject to it.”

The recent UN accusations of genocide against the Rohingya by the Myanmar military, are for many just a formalization of what they knew had been, and still is, taking place. How do you feel now, about your 2016 project, in the context of what is happening in Myanmar at present? Does it have a new resonance for you, or take on a new weight?

In all those years of documenting Myanmar, I also listened to the leaders of the different ethnic groups, and they were very astute. They respect Aung San Suu Kyi as a hero of Burma, but distrusted where her heart is. They were right. "Myanmar was a shining candle of hope and possibility. On the inside, we suffered the incredible disappointment of The Lady’s first 100 days in power" The efforts of those in the press to expose crimes against the Rohingya have been stifled by the state, most publicly and recently evidenced in the arrest of two Reuters journalists. As someone who has worked in the region, and whose work has covered such issues before, what is your feeling about the climate of press freedoms in Myanmar, or indeed the lack thereof?

I had travelled to the Rohingya region in Myanmar when I first began working there—accompanied and tracked by government officials who tried to control where I could go and what I could see and who I could talk to. I was confident that this kind of abuse of the freedom of the press would be corrected when The Lady came to power. One of the least understood and most important decisions in those first days of her rule, which signalled failure, was Aung San Suu Kyi’s decision not to disband the government’s newspaper.

It would have been one of the key elements that could have given Myanmar open dialogue, hope, and justice. And it was one of the pressing elements that the West had demanded. On September 3 this year, a Myanmar court sentenced two Reuters journalists to seven years in prison for illegal possession of official documents. This was a ruling that was met with international condemnation. It’s clear to me that in Myanmar, the government’s newspaper plays a special role. It is not just a political organ that presented a government voice: It was a measure of loyalty.

Kill the paper, and a thousand other voices would speak. That was the key turning point in the first 100 days, her decision not to close the state paper – today there’s still one paper, and no voices of the people. 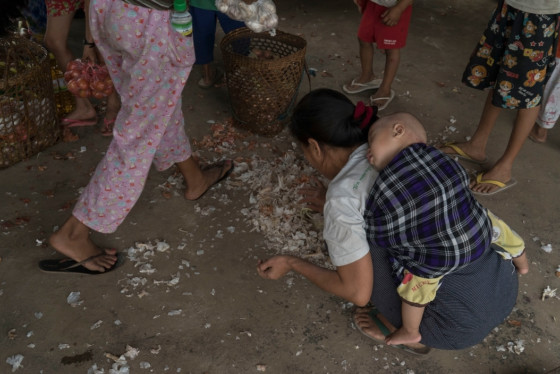 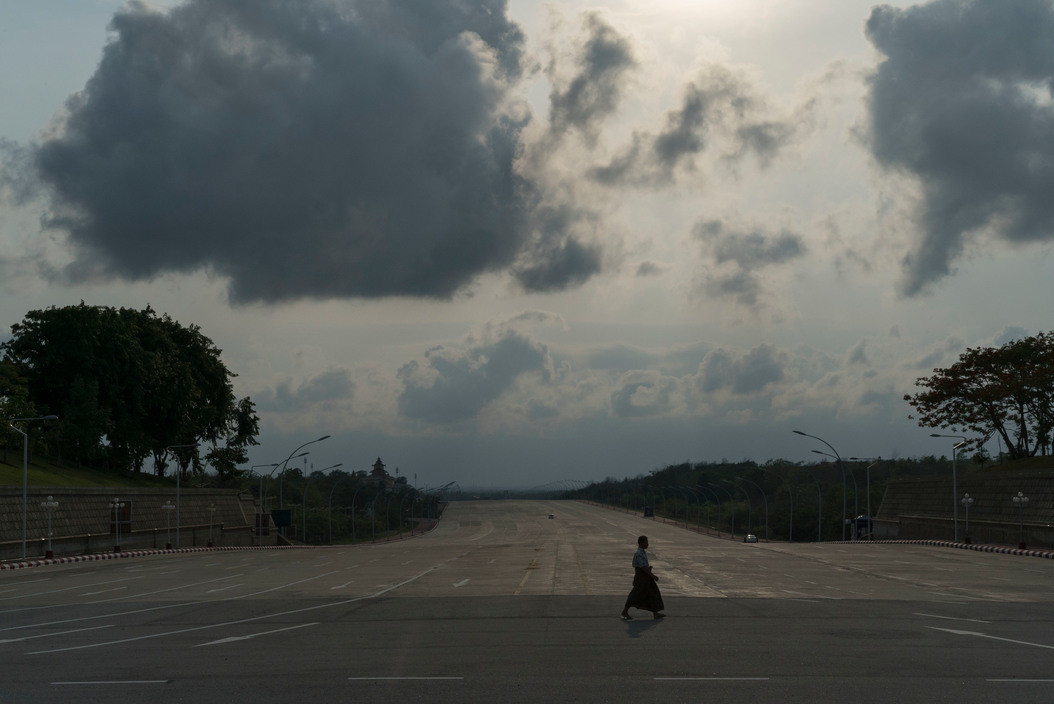