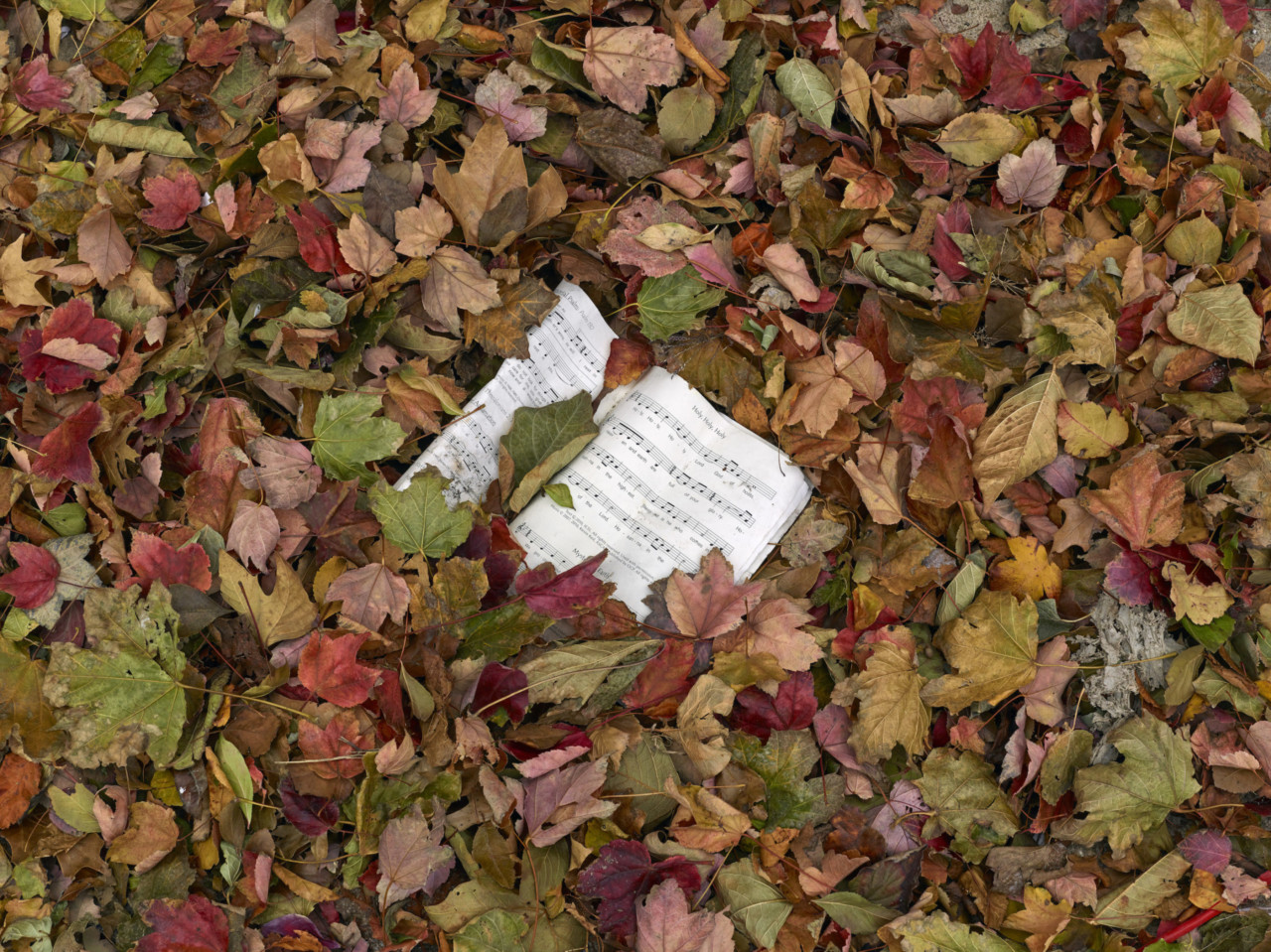 Every season has its colors: winter’s dove grey and icy blue, spring’s pale pinks and budding greens, summer’s bright explosions of flowers. Fall, though, comes with its own kind of abundance. Its transformations are of another, warmer palette, all yellows, oranges, reds, and rust browns. These are the colors of misty early morning light and scattered leaves, of ruddy apples and fields full of pumpkins.

It is hard to write about Fall without feeling like one is dipping into a familiar store of words. They come up again and again. Leaves. Trees. Bonfires. Fireworks. Wood-smoke. In Persuasion Jane Austen wryly characterizes it as “that season which has drawn from every poet worthy of being read some attempt at description, or some lines of feeling.” These attempts are everywhere, influencing our understanding of this peculiar season of great riches and slow decline. 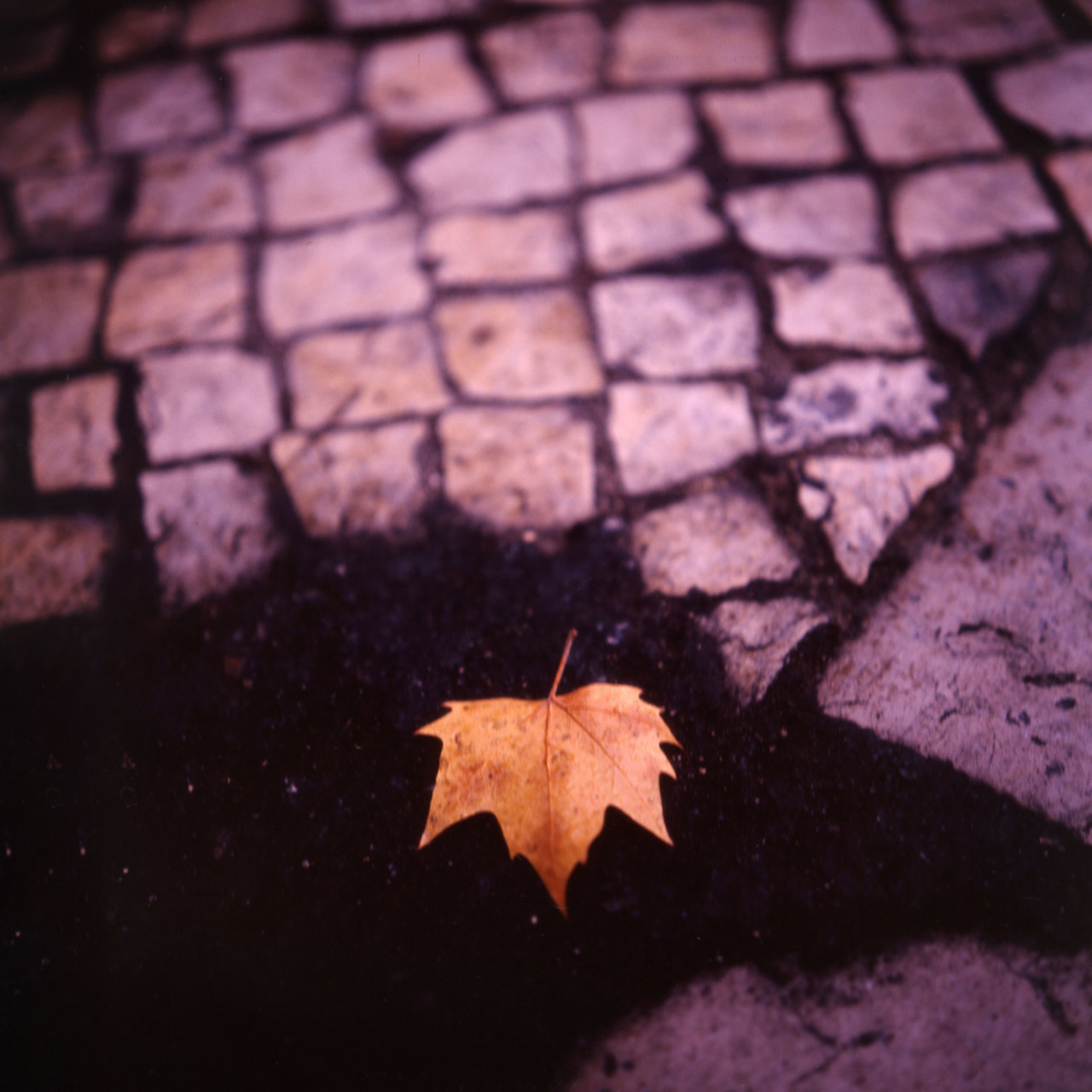 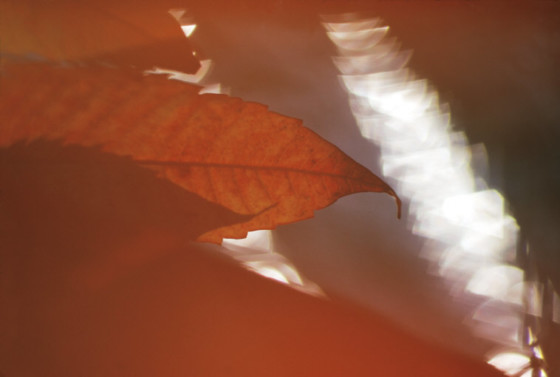 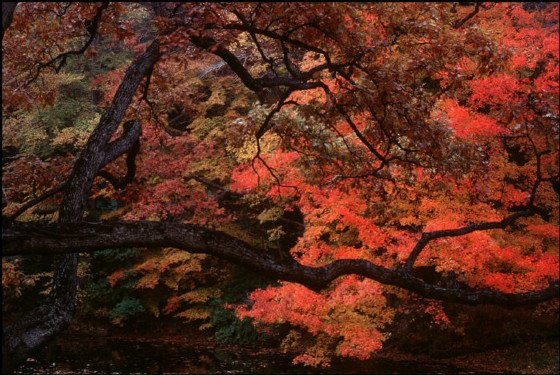 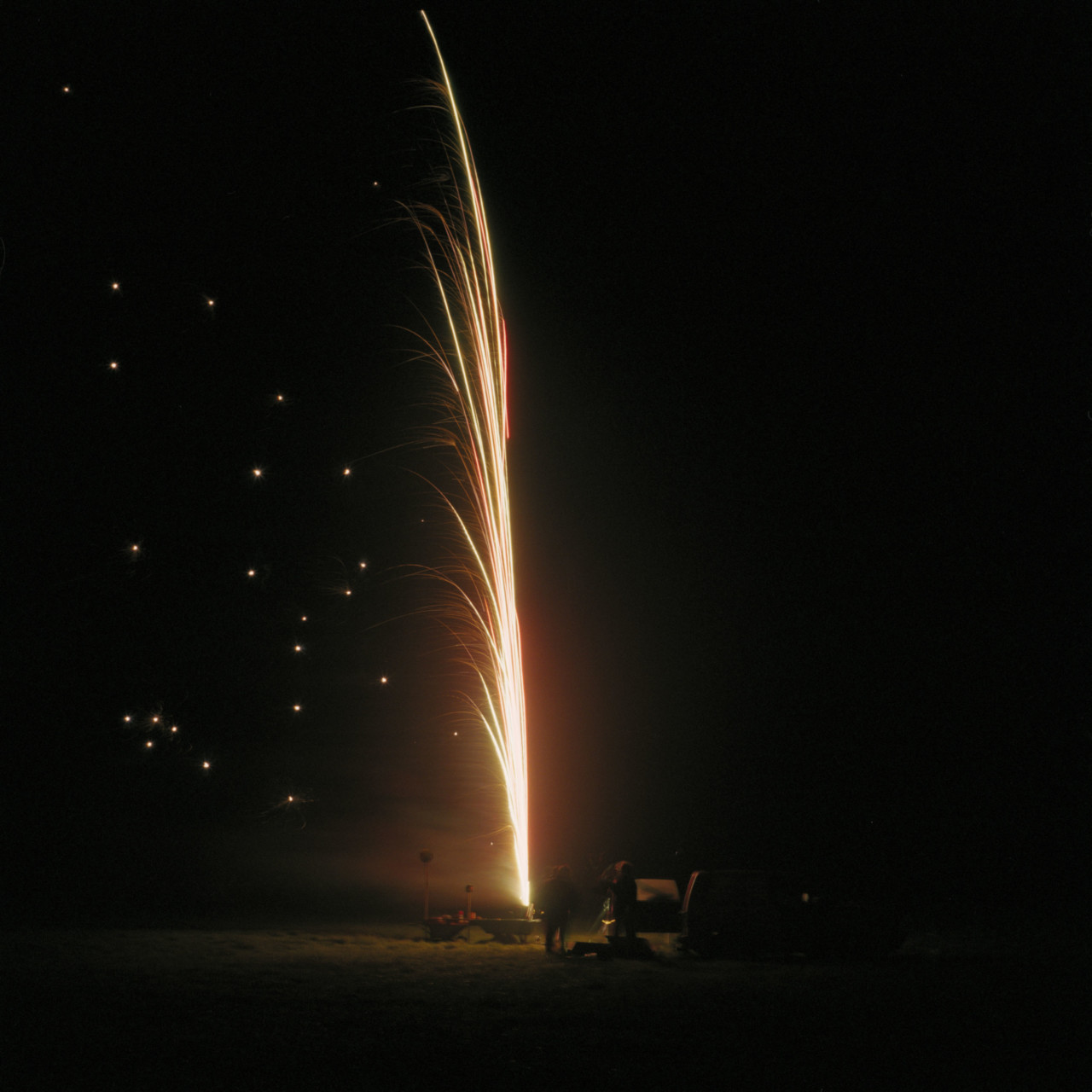 No article dwelling on the season is complete without a line or two from Keats’ famous ode To Autumn referencing “mists and mellow fruitfulness” and “moss cottage’d trees,” or George Eliot’s 1841 missive praising “the still melancholy” of autumn with its sights of “trees… putting on the hectic or pallid hues of decay.” Perhaps one might add in a line from Sylvia Townsend-Warner’s diary for good measure: “Spring is strictly sentimental self-regarding; but I burn more careless in the autumn bonfire.” (With this idea of fire think too of Nick Drake’s song Milk & Honey, “gold and silver burns my autumns/ All too soon they’d fade and die.”) 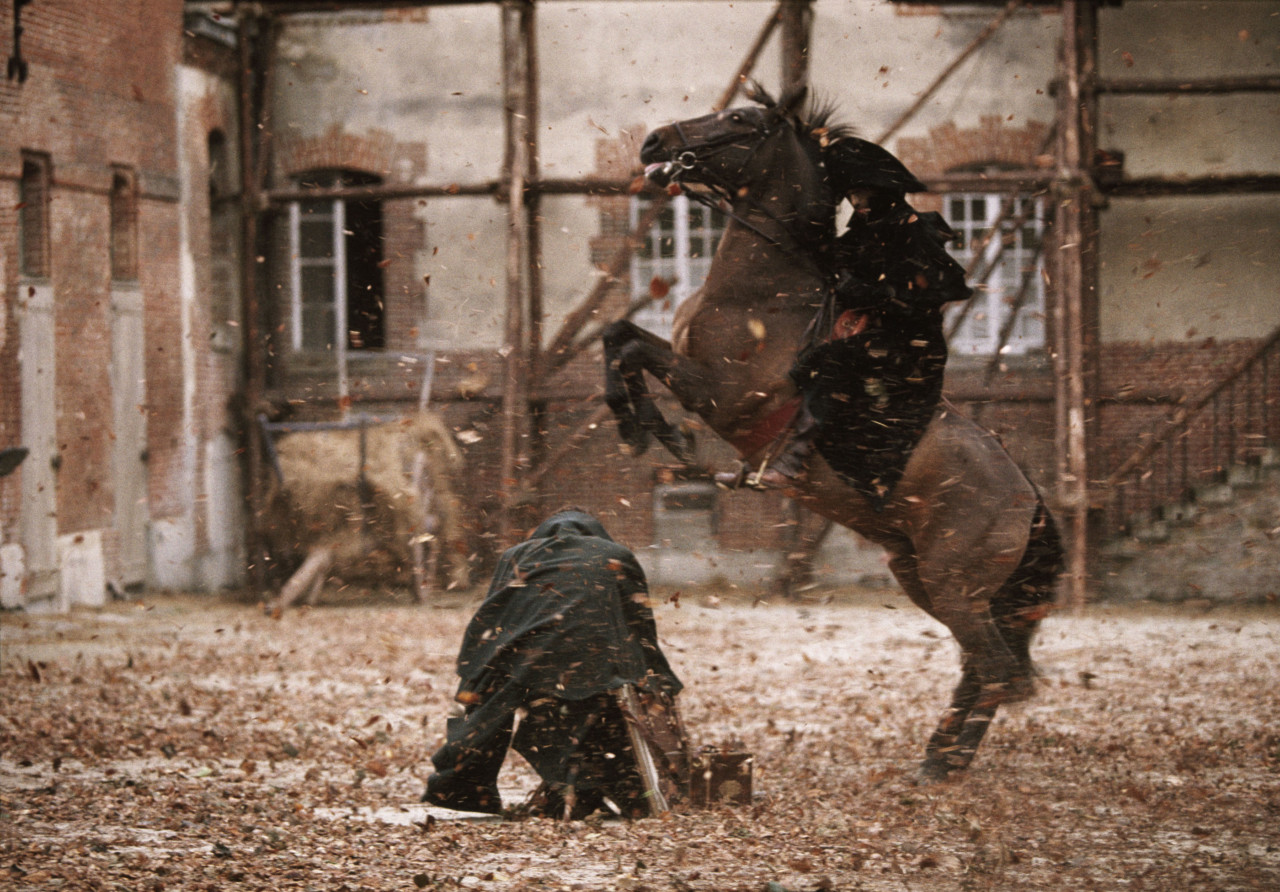 "Townsend-Warner might see spring as the season for it, but sentimentality is present here too" 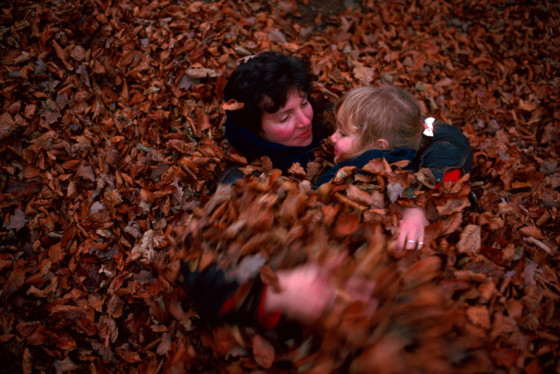 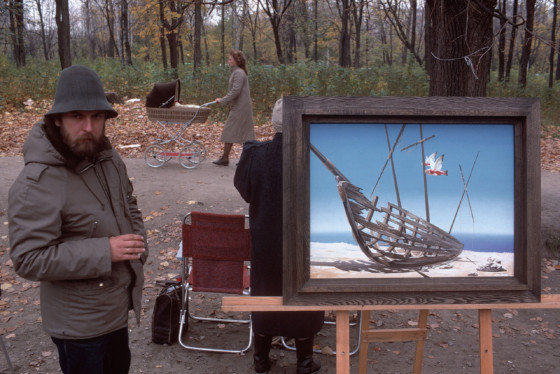 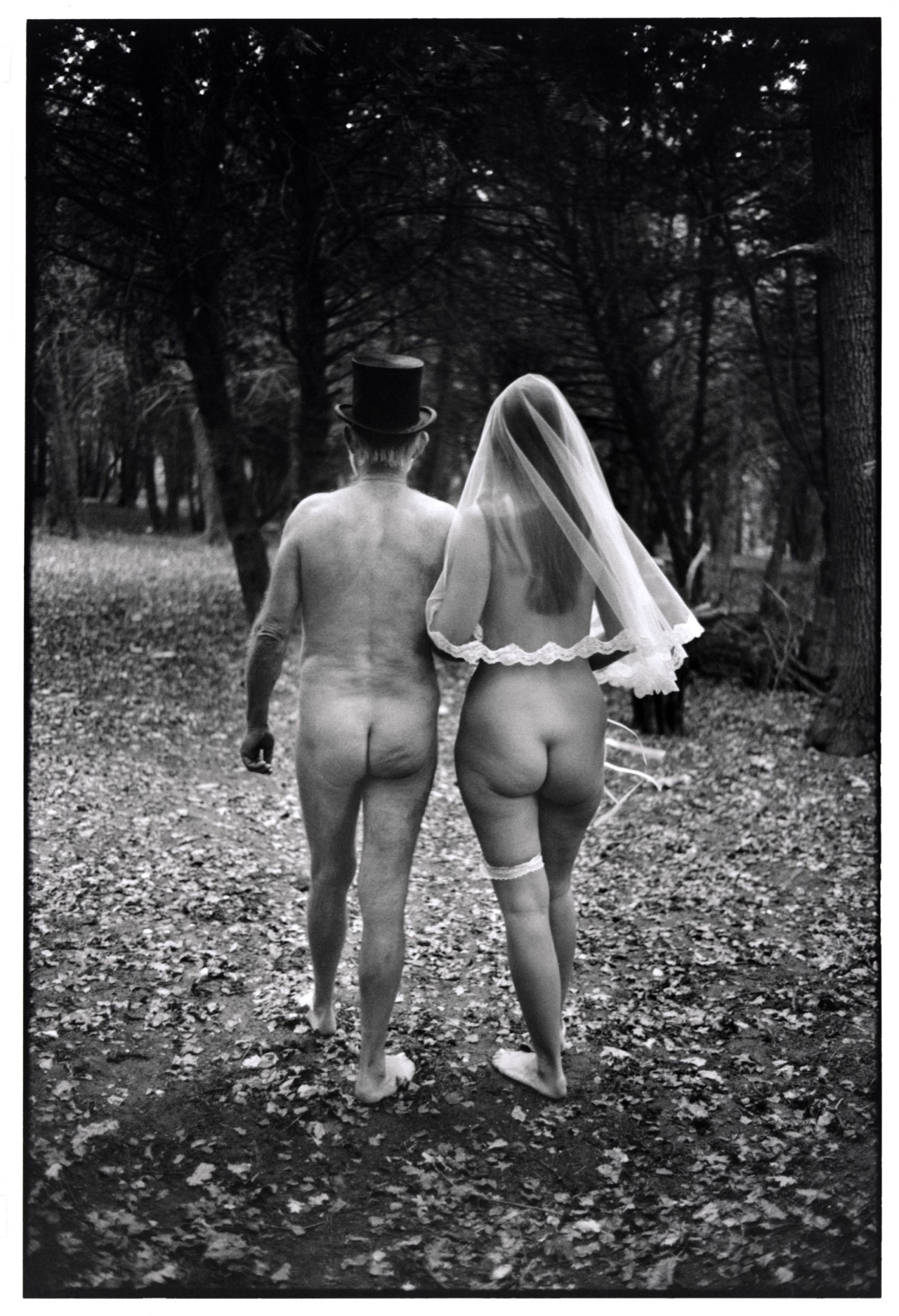 Autumn is a season that both welcomes – indeed encourages – these attempts to articulate its character, and makes it surprisingly hard to achieve with any particular originality. Townsend-Warner might see spring as the season for it, but sentimentality is present here too, what with all those mists and melancholy and poets trying to capture its peculiarly evocative atmosphere. Perhaps, instead, we should turn to photos: letting those colors speak for themselves in all their careless, burning glory. 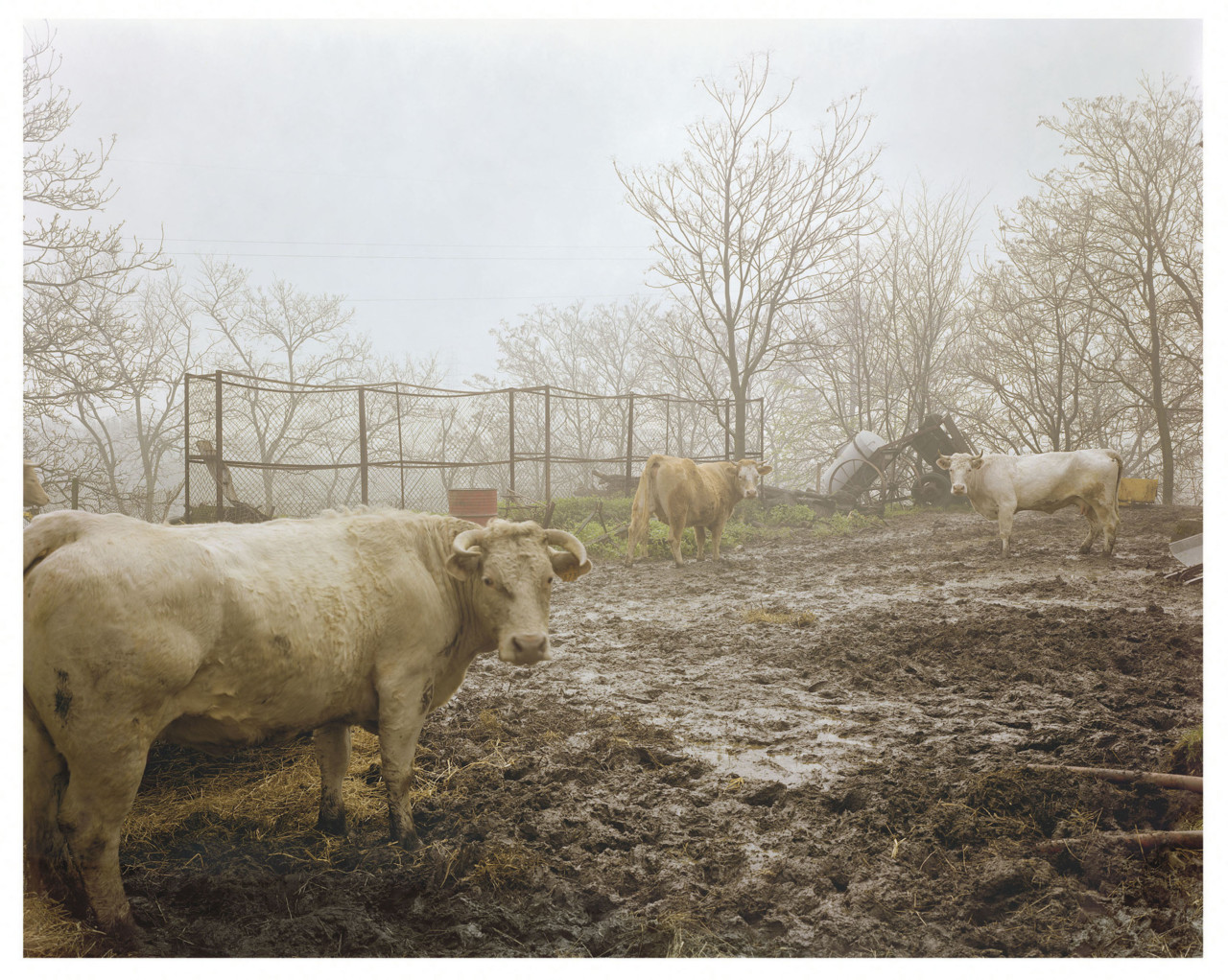 "Martine Franck focuses on the curious shapes found at the French festival ‘Fruits and Vegetables of Today and Yesterday’ (has there ever been a more aptly named autumn celebration?)" 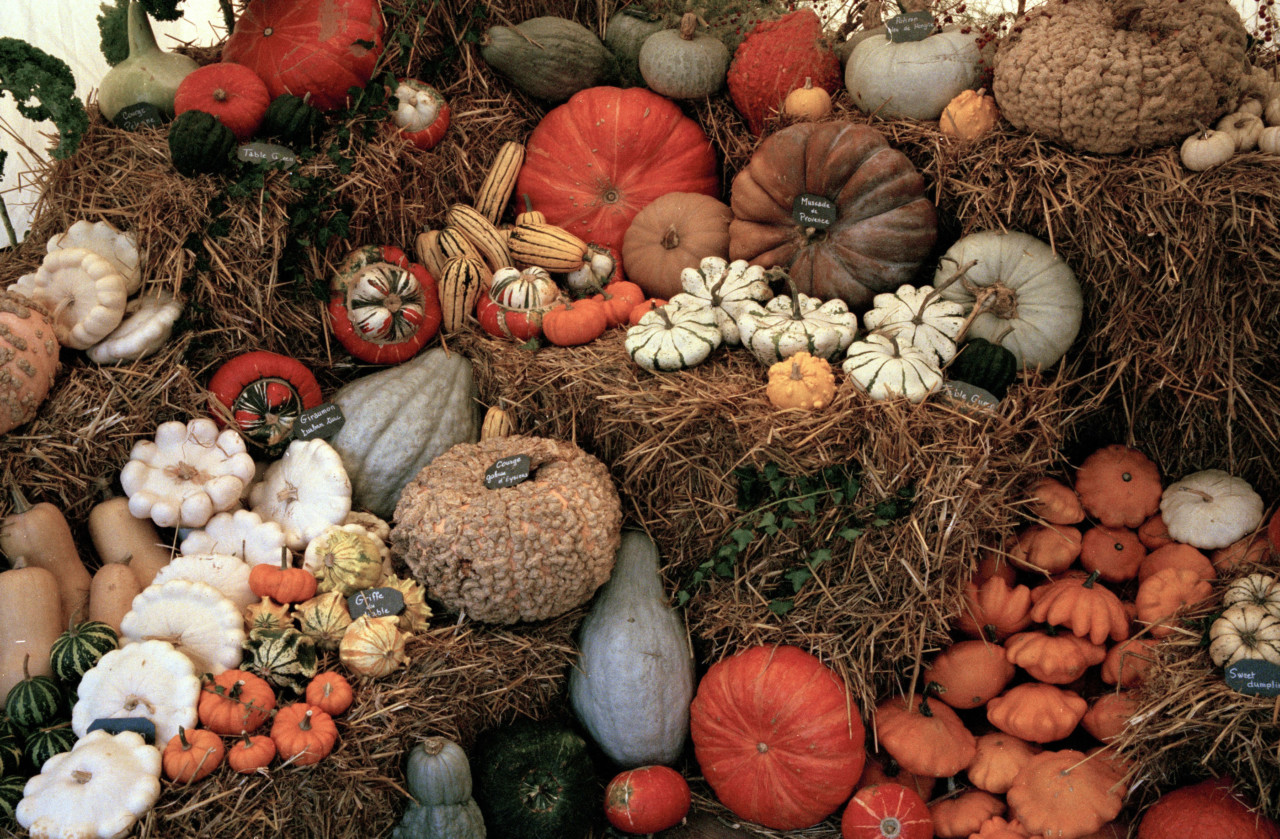 In fact, Magnum’s photographers offer us all the shades of Fall we could possibly want. Martine Franck focuses on the curious shapes found at the French festival ‘Fruits and Vegetables of Today and Yesterday’ (has there ever been a more aptly named autumn celebration?) Hiroji Kubota dwells on stark contrasts: between lemon yellow trees and the blue haze of the Rocky Mountains, between blurred red leaves and cool, glassy water in Kyoto. Dennis Stock pauses by a majestic tree-lined avenue, the drive edged with copper. 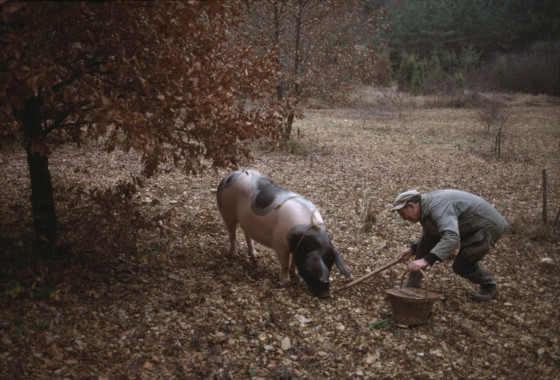 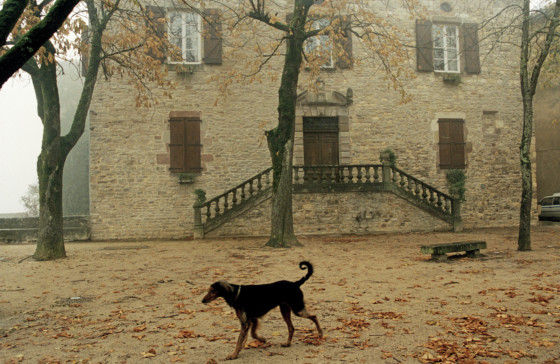 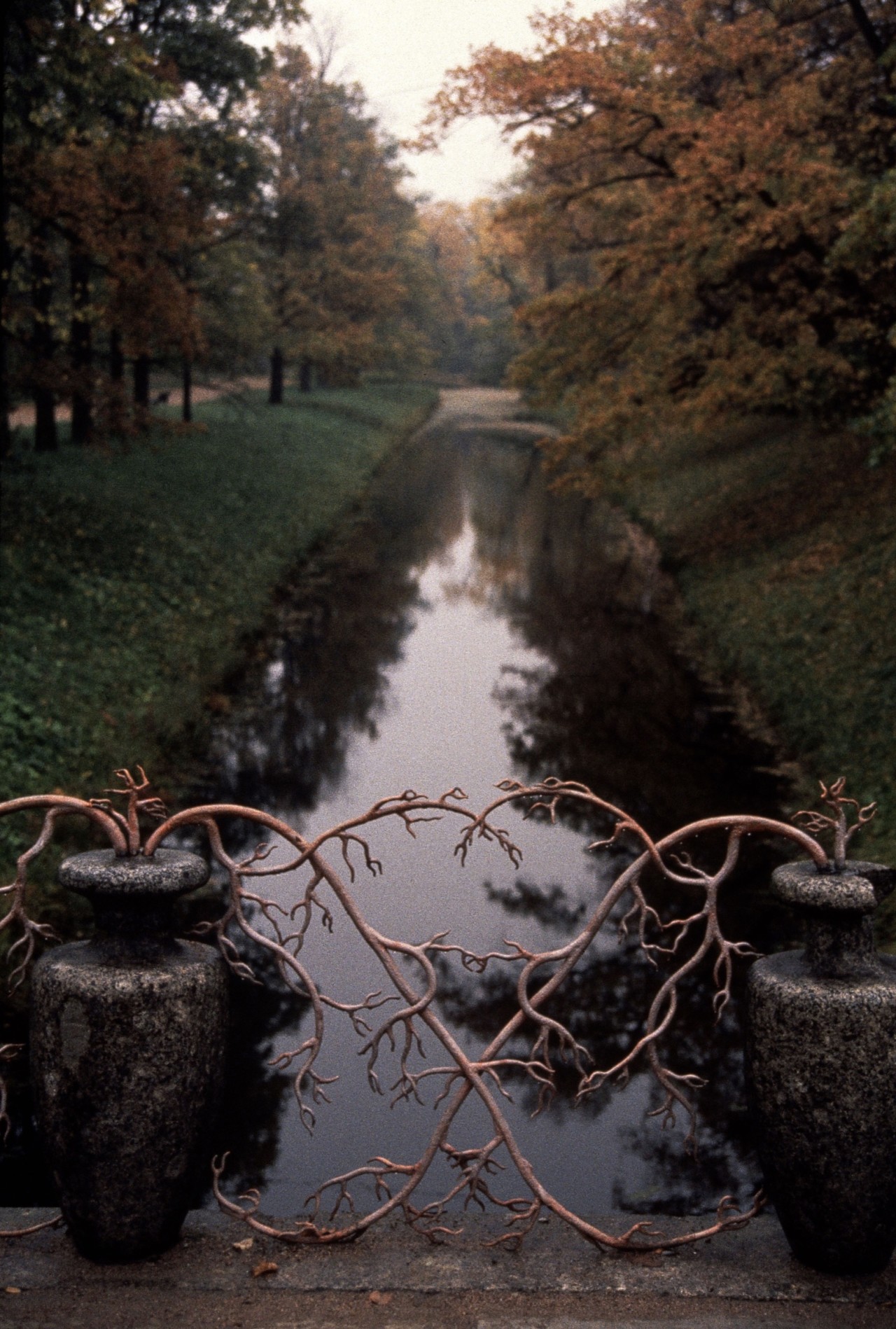 Bruno Barbey captures a man and his truffle pig, the photo spiked with the bright scarlet of the farmer’s scarf. Abbas offers the softness of a hazy autumn day and a dog in motion. Inge Morath notes architecture mimicking nature in the twisting vines of an ornamental bridge. Thomas Hoepker sees the old and the new simultaneously: an ancient, striated rock face briefly mirrored in the changing trees beneath. 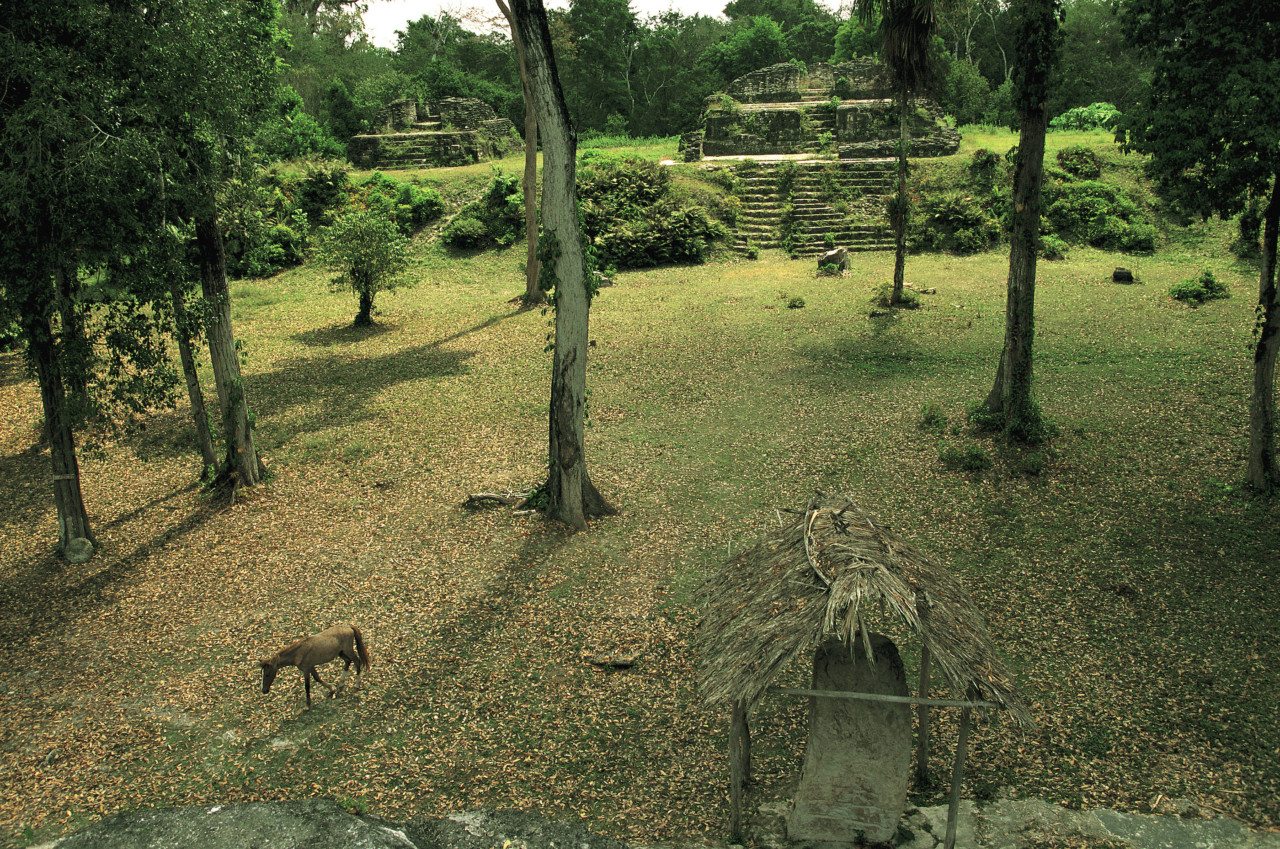 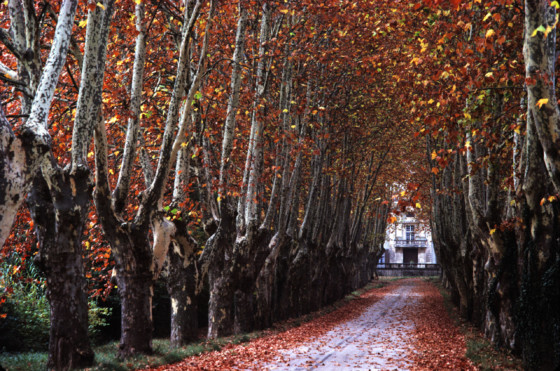 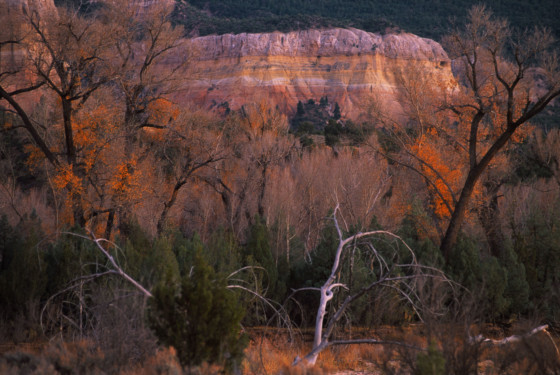 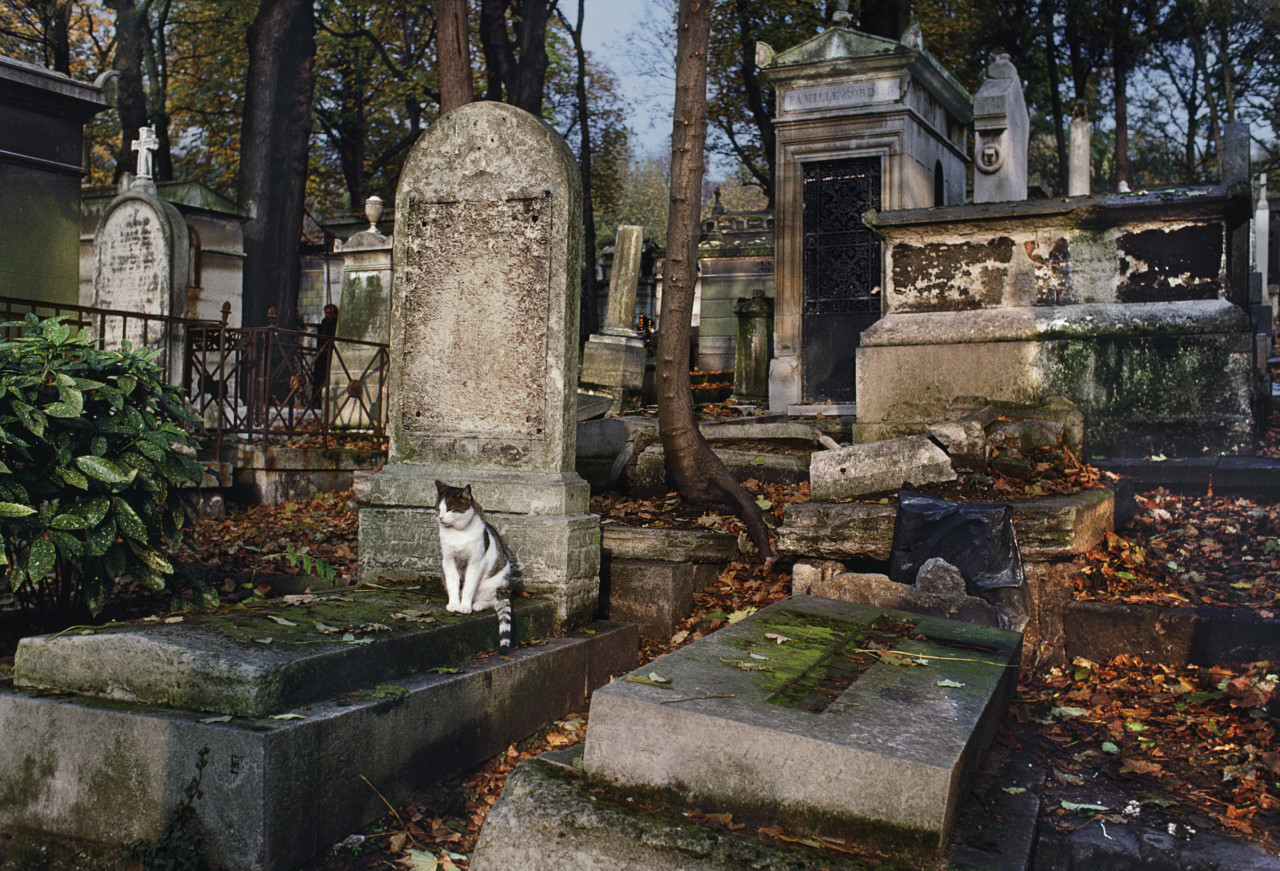 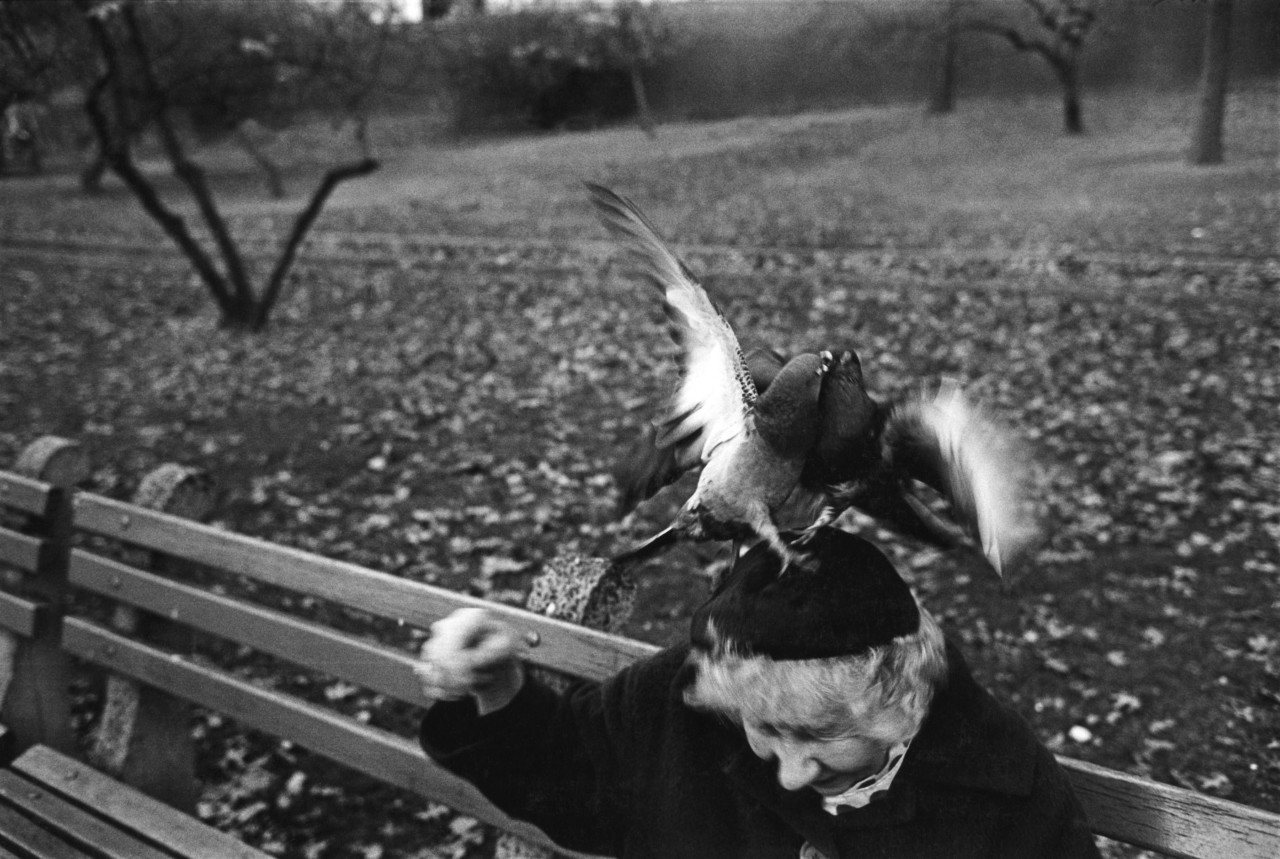 It doesn’t always take color though. Much as one can argue for the centrality of all things bright, bold, and (sometimes) golden, something of Fall’s slide towards the symbolic and literal bleakness of winter is reflected particularly well in black and white too. Monochrome reminds us of the increasingly biting chill of autumn as the days wind down. 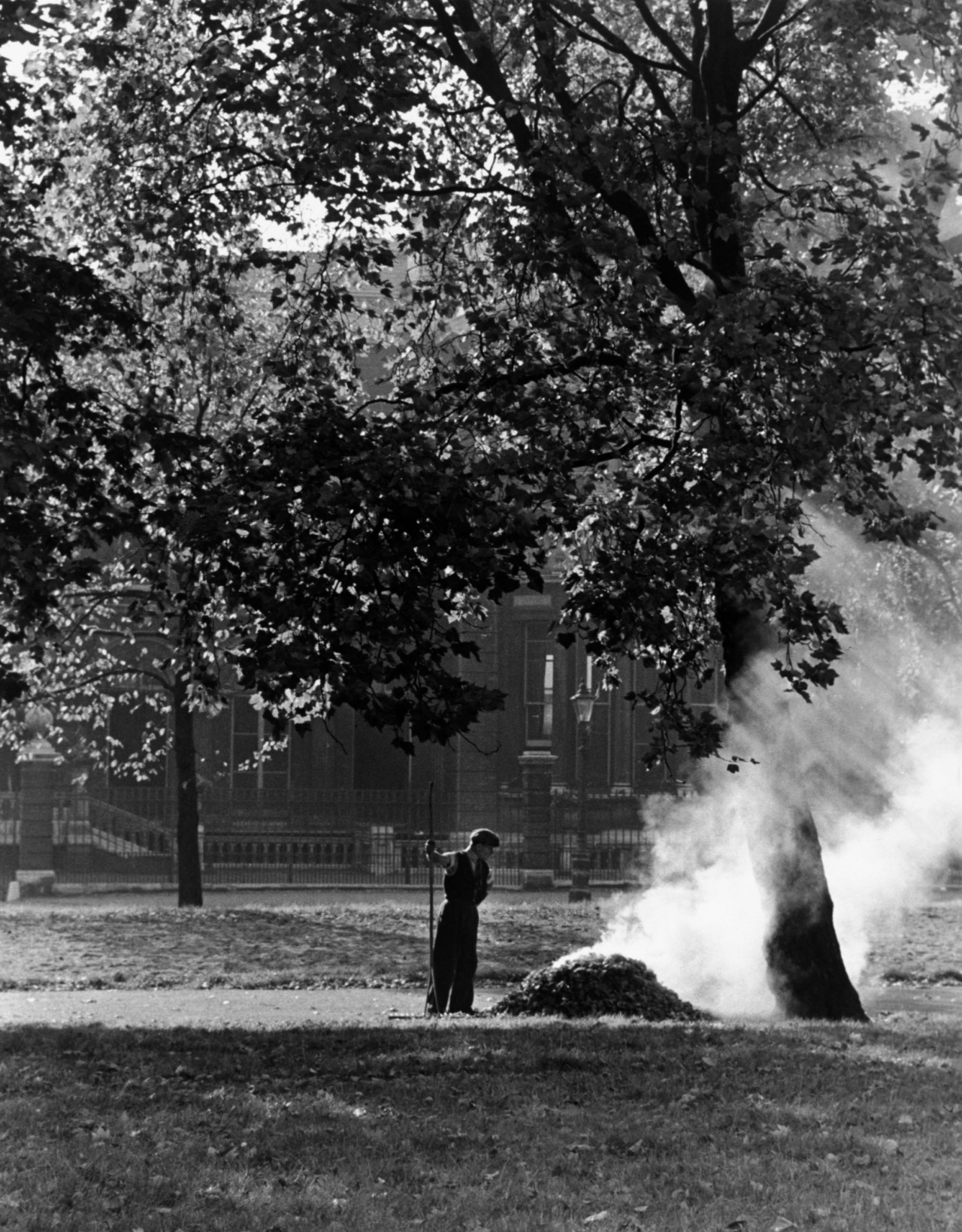 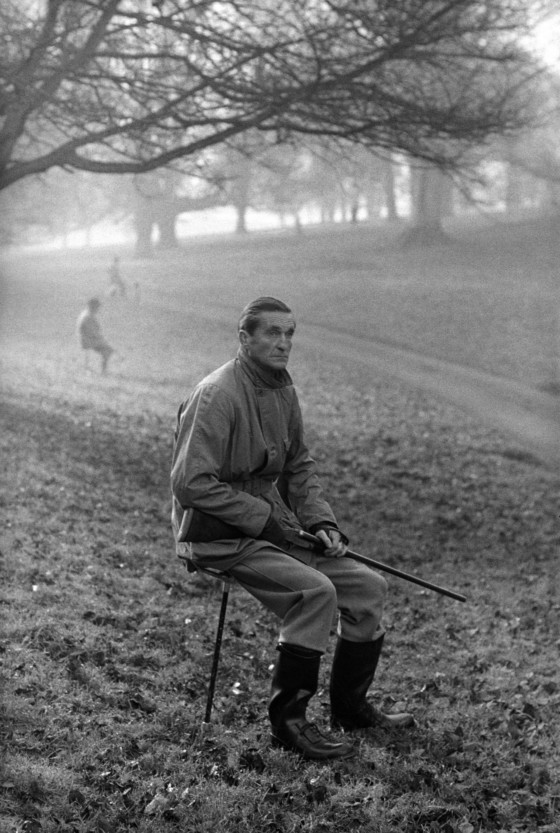 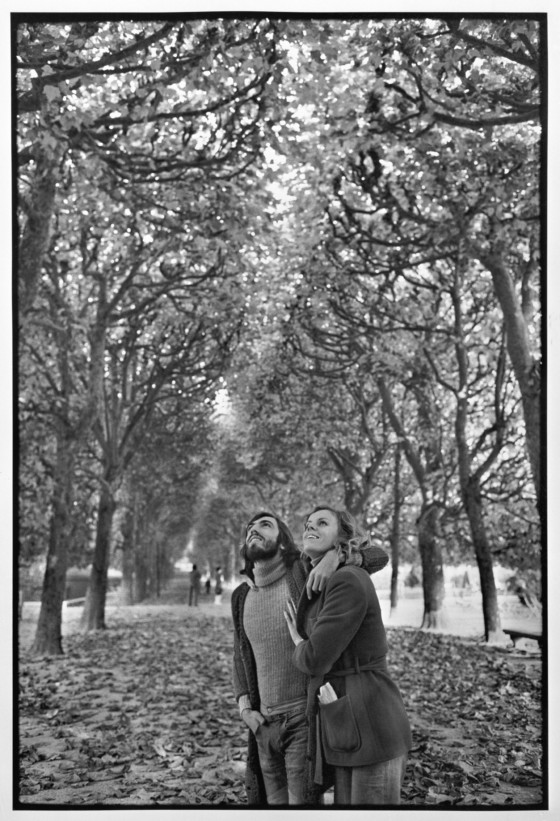 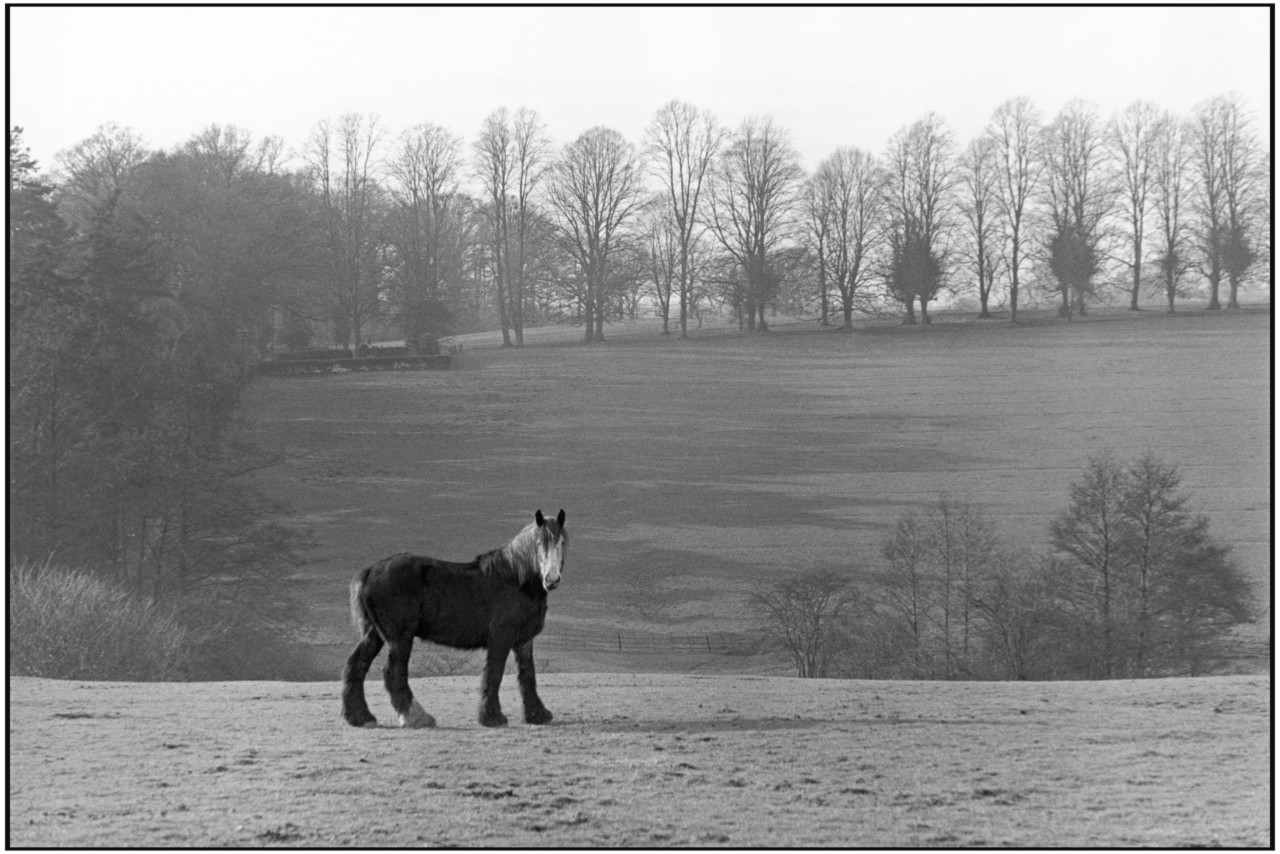 In Henri Cartier-Bresson’s photo of a horse in Shropshire one can almost feel the frost still in the shadows. In Josef Koudelka’s beautiful portrait of a child hiding among the leaves one recognizes both the play of autumn – the crisp joy of ransacking great piles of leaves – and the pensiveness of this time, the stillness at the center of this season we struggle to articulate and desperately want to capture. 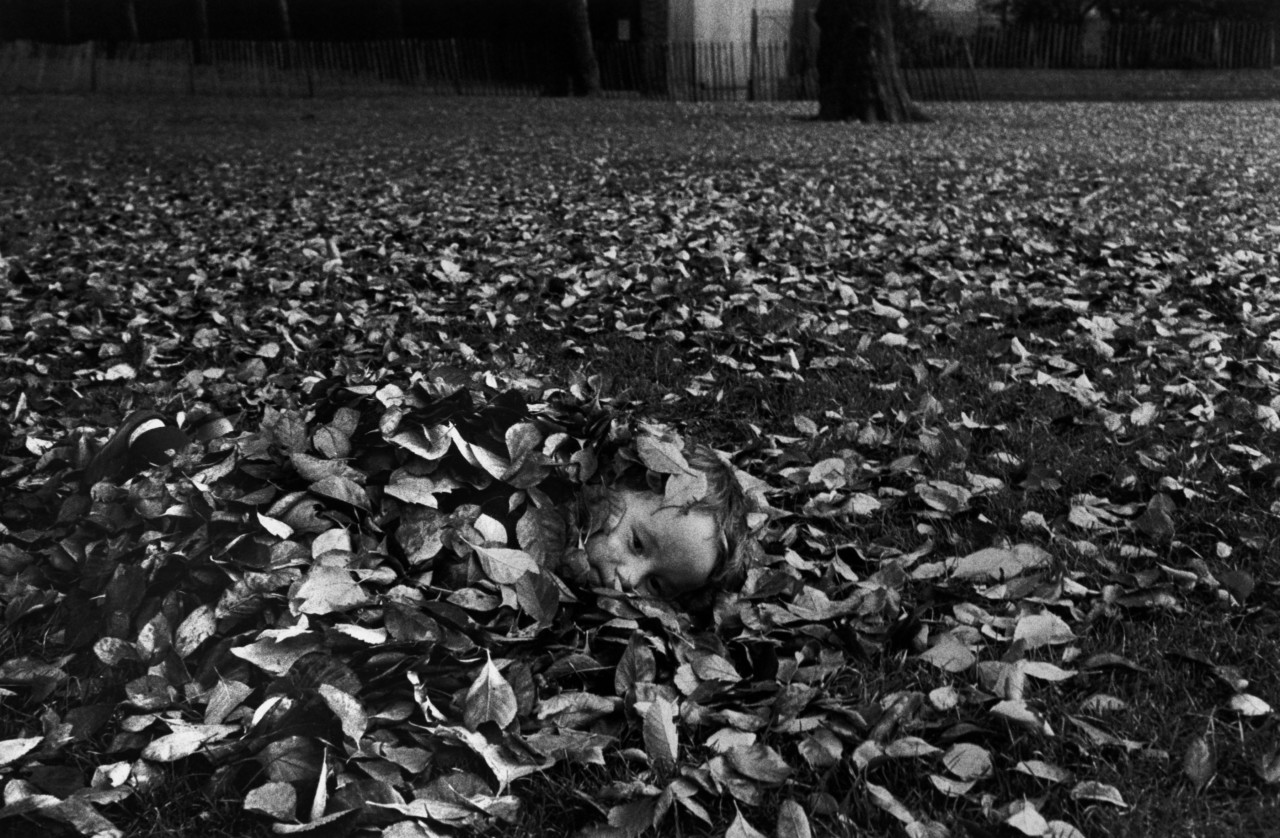