As part of an ongoing series, Living With the Land, we speak to Magnum photographers whose work explores a way of life tied closely to the rituals of nature

Raymond Depardon’s career in photography was born out of a childhood spent on his parents’ farm at Le Garet, near Villefranche-sur-Saône in southern France. He spent his formative years mucking-in during school holidays; taking the cows to graze or collecting hay during harvest time. Depardon knew he was “lucky to live his childhood on a farm” despite the playground teasing he suffered; “How many times did I fight in the schoolyard because I was called a ‘farmer’? I would answer: ‘You would be eating nails if there were no peasants!’”

Though his parents may have hoped that he would one day take over the family farm he became transfixed with photography after his brother was given a Lumiere camera for Christmas. When Depardon received his own Lumiere not long after, he began documenting his surroundings. “There wasn’t suddenly a day when I said to myself: ‘I want to be a photographer; that this is my life, my life’s work…’,” he says. “At the start, there were daydreams. I had this wonderful playground, the farm with all its lofts, its sheds, its animals…all those hiding places.” 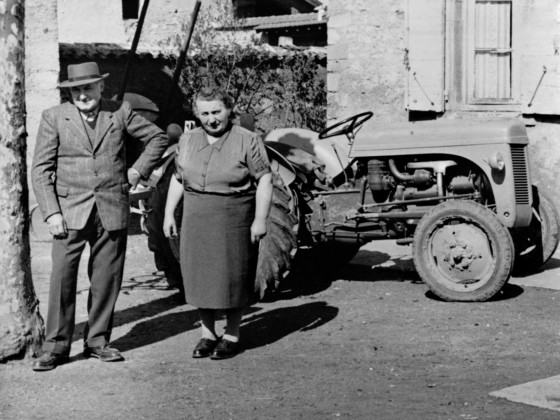 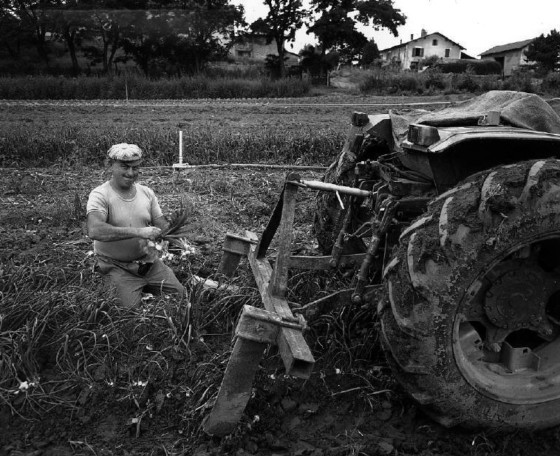 Kittens were his first models. “That shows how well I knew the [animal] world, the lofts and the secret places where they hid their newborn kittens.” He progressed to calfs, ducks and hens and finally “dared” to turn his lens upon people. The first person he ever photographed was Polish farmworker, Sylvestre Charkov, who had lived and worked with the family for a long time, watching Depardon grow up. “I liked him,” he says. “He was able and persistent. He used to call me The Champ.”

Farm life may have inspired Depardon to photograph but it didn’t inspire him to learn the agricultural trade. “I knew that every day after school, I should have run home to my parents to help them in the fields. I should have been enthusiastic about the farm, I should have helped them until night fell on Thursdays, Saturdays, Sundays as well as during the holidays… But I didn’t, I didn’t do it well, I didn’t help them enough,” he reflects. “They had so much experience with raising animals, growing crops; they knew everything there was to know about wine, calves, fruit trees, they knew about the influence of the moon. They knew it all, and I today, know nothing. If I ever have a garden one day, I will have to ask my brother in which phase of the moon I should plant my salad. So sad!” "When the light is good, when the sun is red over the Saône, nostalgia creeps in" 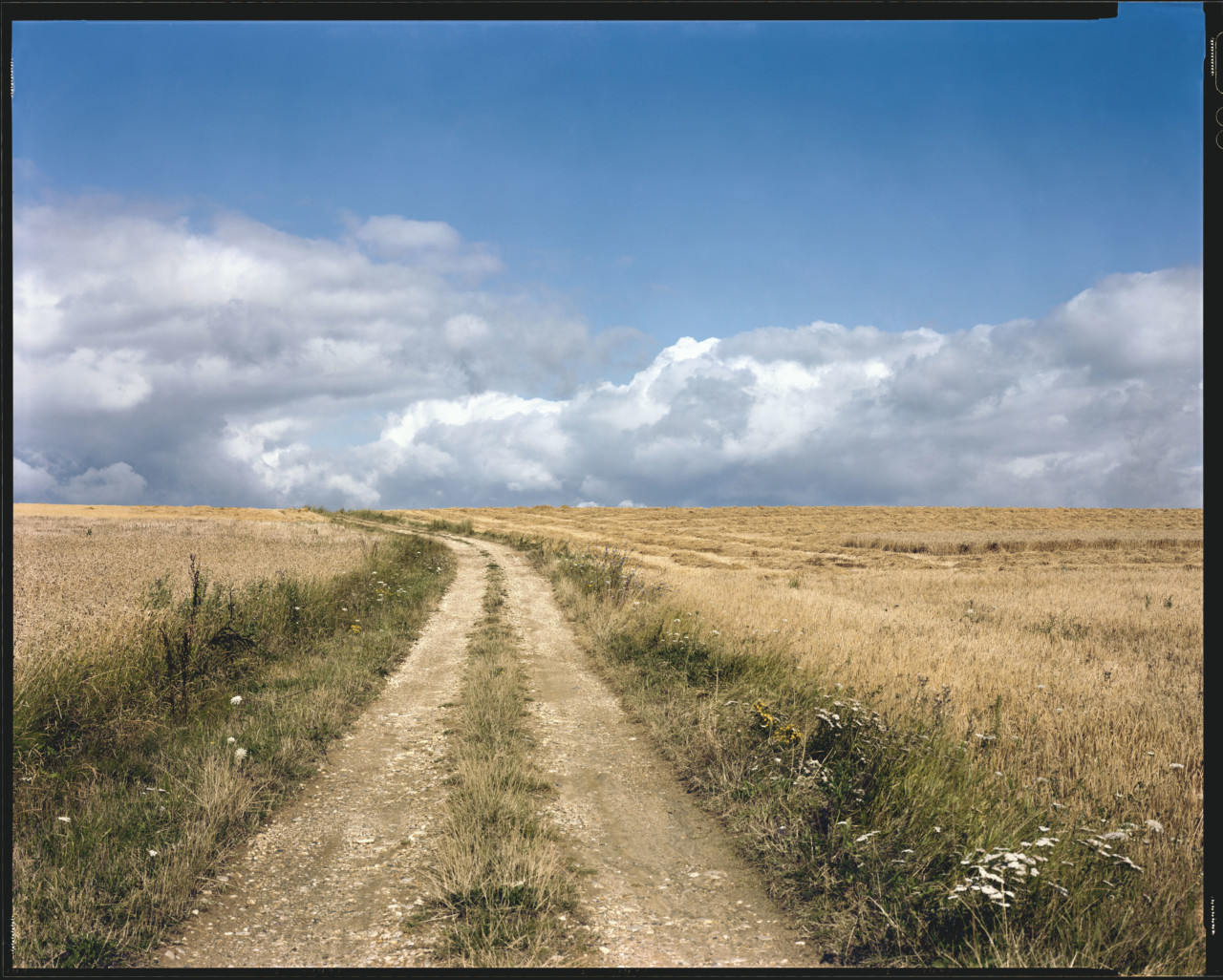 Depardon left the farm for Paris aged 16, “proud and wild”—it was the first time he had ever travelled alone. He had an appointment with Louis Foucherand, an independent photographer reporter who had answered Depardon’s letter asking for work. “I brought a few prints of my photos…the farm animals of course: calves, cats, [the horses called] Fafan and Bijou…I don’t think there was a single one of a human being!,” he recalls. “After taking a look, he asked me what my parents did. I blushed and said: ‘farmers’.”

Despite his lack of experience, Depardon convinced Foucherand to take him on as an apprentice. “I did not know how to do anything, much less photography,” he says. “For a year, I stayed in his shop in Île Saint-Louis to learn everything, before working as a freelancer at the Dalmas agency in 1959.” Depardon was taken on as staff in 1960 and was soon travelling the world on assignment; Africa, Japan, Vietnam, Venezuela. He was enthralled by the diversity of foriegn lands and easily “forgot his origins”. 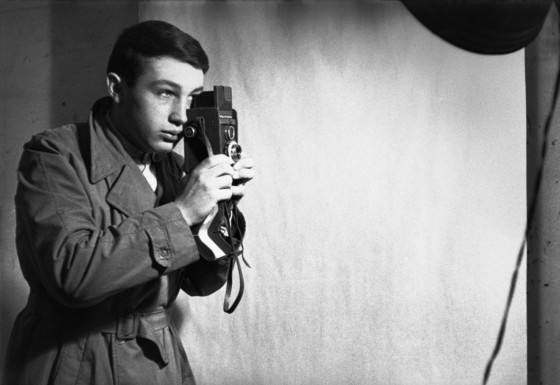 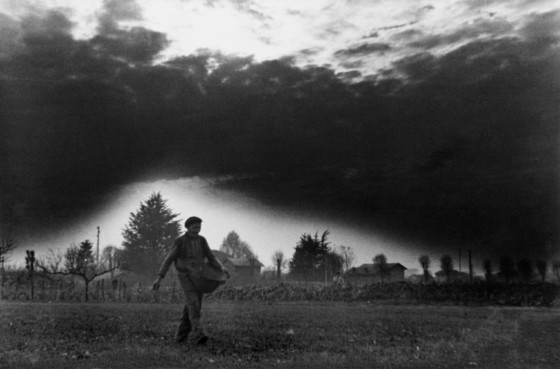 But in September 1971, he went to Chile with a friend, Robert Pledge, to photograph the first anniversary of the accession to power of Salvador Allende, the first socialist president in South America, who redistributed land to Mapuche farmers in the south of the country. “It was the first time that I photographed peasants far from the farm of Le Garet,” he said. “I remember sending a postcard to my parents who were still farmers. I was proud to do this report … I was happy to photograph these peasants.”

Indeed, though Depardon photographed everywhere from bustling cities to vast deserts, his ties to rural farm life never left him. In 1975, he visited his ill father before returning to Chad to continue documenting the François Claustre hostage situation. “My father asked me why I wanted to go back to Africa; I had talked to him about the Toubous, the camel breeders of the Sahara. It seemed to me their problems were rather similar to his. There is something universal about breeding; concerns, uncertainty, instability…” he says. “I also explained to my father that the Toubous who were holding François Claustre hostage were simply breeders, farmers who had been turned into warriors! That is why I got along well with them.” 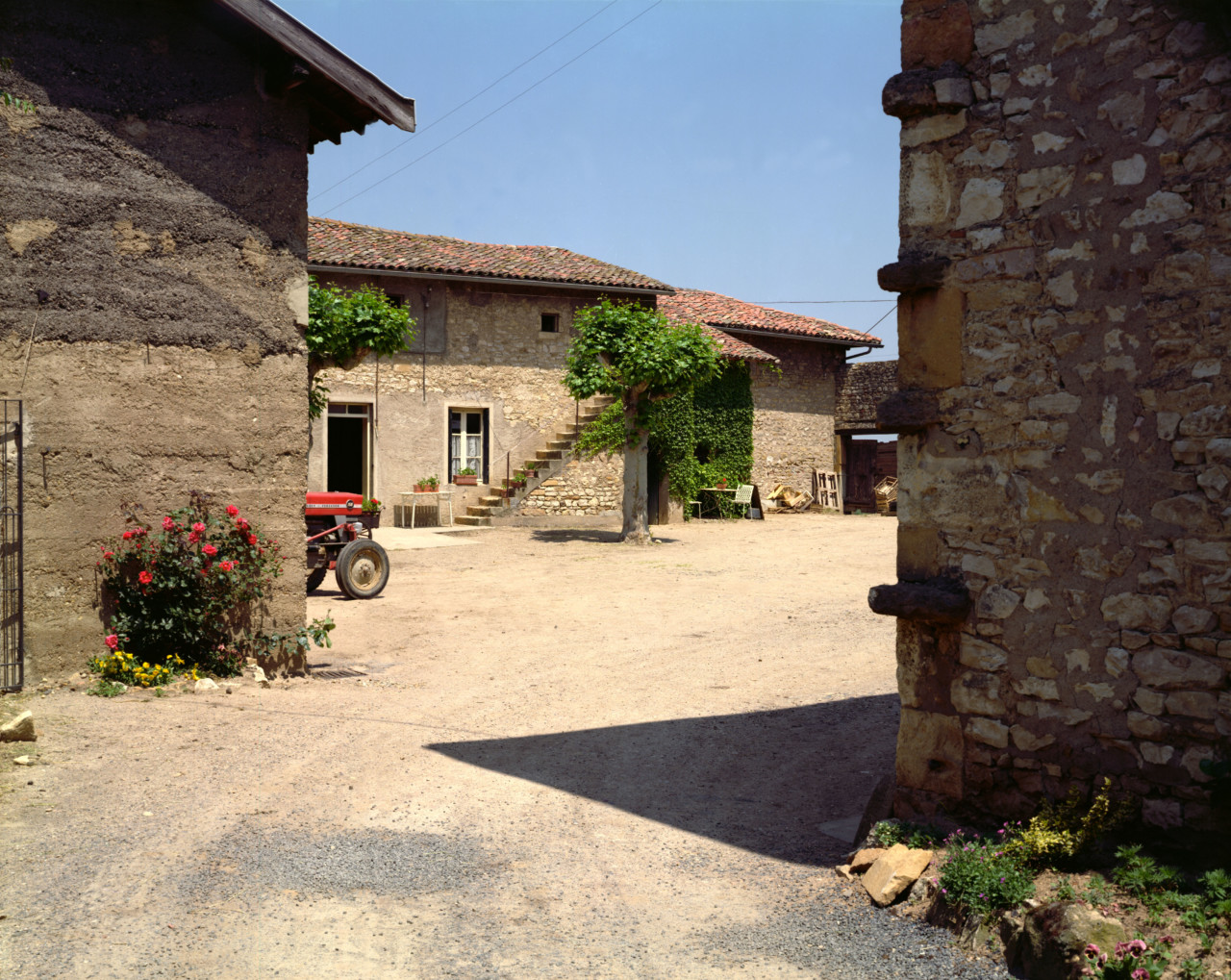 "Le Garet is a place like many others in France. Yesterday, it was the countryside; today, it is the outskirts of the city. And tomorrow?" 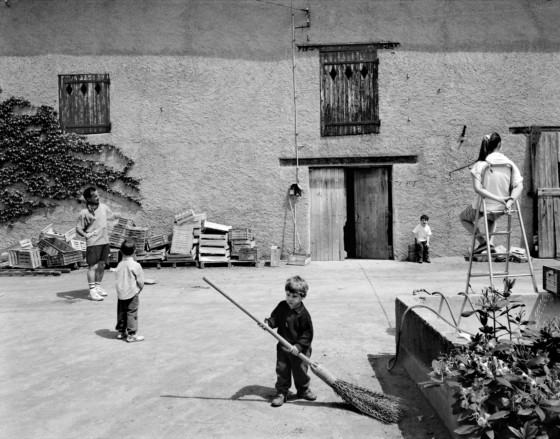 Farm life may have been a constant motif throughout his career—Depardon has directed three films on mountain agriculture and produced several books, The Land of the Peasants and Our Farm, on the theme—but it wasn’t until he returned to Le Garet much later, his parents both dead, that he realised the true value of where he came from.

“When the light is good, when the sun is red over the Saône, nostalgia creeps in,” he says. “Then I sometimes regret I didn’t come more often when my parents worked the farm. There were so many photographs to take here, more beautiful ones, in this normal, everyday farm: the men at work, the plowing, the milking, the harvesting…I lived right next to a priceless treasure that is seldom seen today and hardly ever photographed. I had to go a long, roundabout way before I could realize at last how many photos were worth taking here, in this farm that was so active, so busy when I was in my teens.”

Le Garet now has a jail, a stadium, a swimming pool and a big mall complete with a McDonald’s, and the farm is cut in two by a motorway.  Depardon reflects: “Le Garet is a place like many others in France. Yesterday, it was the countryside; today, it is the outskirts of the city. And tomorrow?”