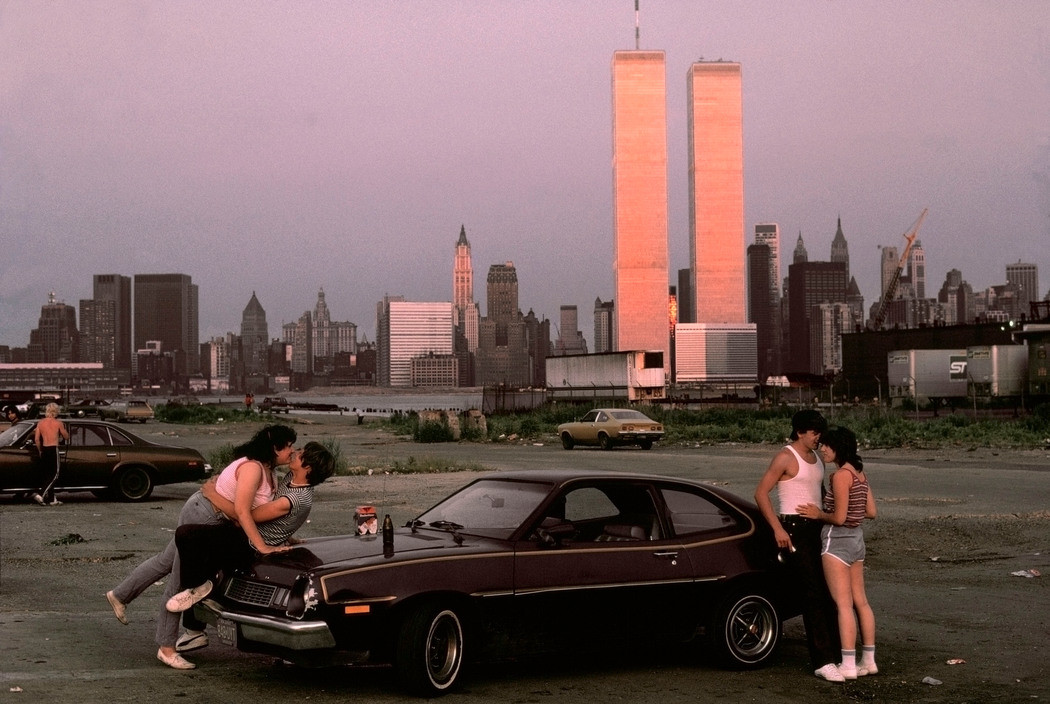 Mapping the pivotal role the city has played as a source of inspiration to the photographic collective since 1947, a newly expanded selection of fine prints from the Magnum archive explores the city of New York. The following piece features just a fraction of the full collection of signed or estate-stamped prints, which can be seen here.

“New York is a state of mind, it’s about vitality and taking chances and the surprise. It’s vibrant, sexy, beautiful, ugly, and depressing.” So said Bruce Davidson about the city in which he lives – a city that has inspired some of his most iconic images and projects, from Subway, to Brooklyn Gang, and East 100th Street. Davidson is far from alone in seeing the city as a key inspiration in his work; indeed, the city has played a central role in Magnum’s history on a collective level also. 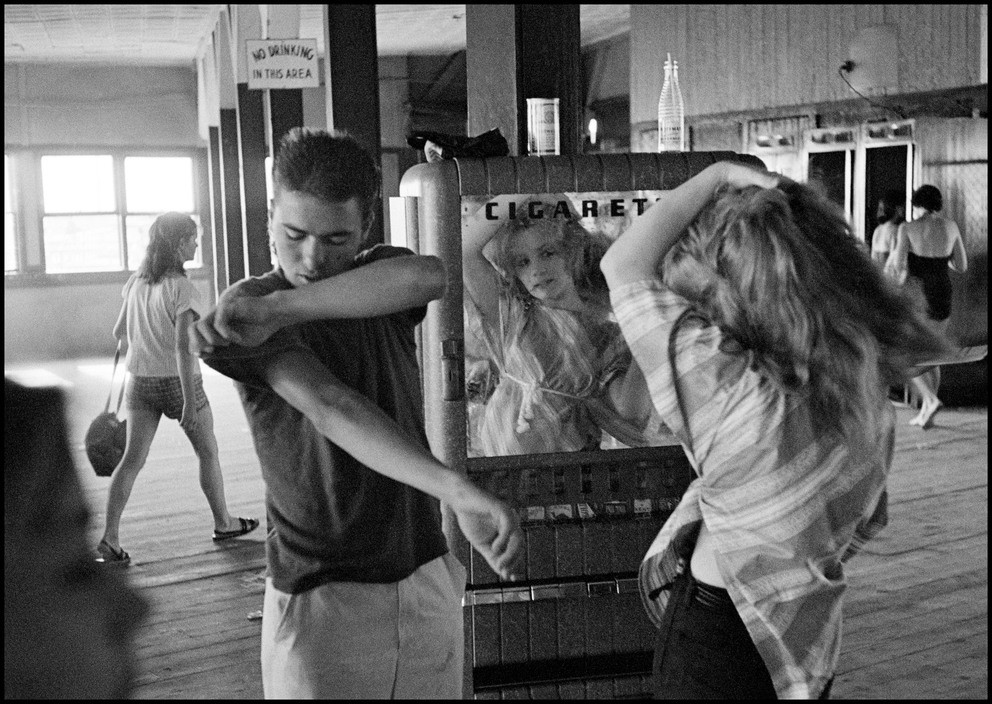 Magnum Photos was founded by Robert Capa, David ‘Chim’ Seymour, Henri Cartier-Bresson, and George Rodger over a magnum of champagne at the Museum of Modern Art – the oversized vessel giving the new agency its name. The New York bureau of Magnum Photos opened in 1947 at 55 West 8th Street, and was first run by Rita Vandivert, wife of photographer William Vandivert. Drained magnums still adorn the office, serving as a reminder of Capa’s favourite drink, and the agency’s origins. One sits on a shelf where a young Elliott Erwitt and his first wife pose with their baby daughter, in a candid early shot of the agency’s office by Werner Bischof – an image that features in the New York collection.

The agency was founded on a plan to secure the independence of working photographers – a key part of which was that Magnum’s photographer members on assignment would retain copyright of their work, expanding control over their images and archives, and allowing for personal projects to be pursued alongside the daily responsibilities of editorial work. This fundamental change shifted the relationship between magazines and photographers for decades to come — not only for Magnum’s members. 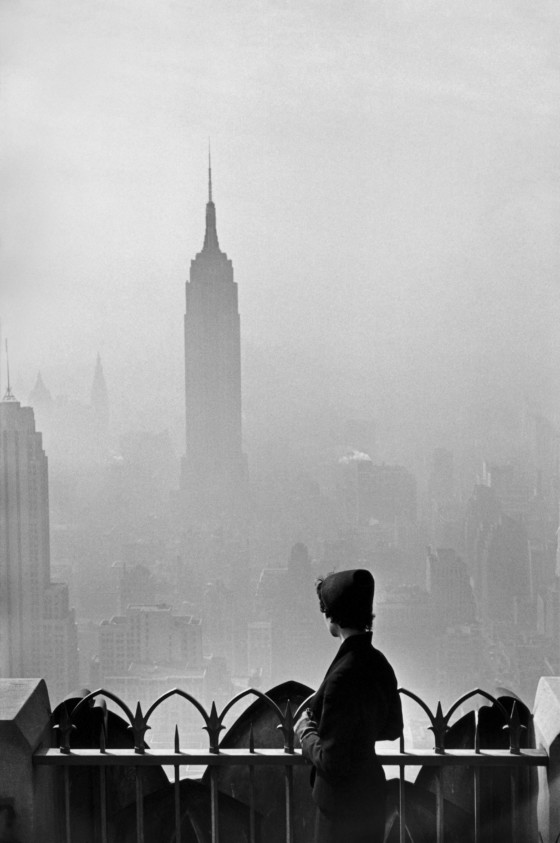 The collective’s number grew in size to match its founders’ ambitions, incorporating Eve Arnold, Cornell Capa, Elliott Erwitt, Burt Glinn, Erich Hartmann and Dennis Stock by 1954, followed by Inge Morath in 1955, Davidson in 1958, and Rene Burri in 1959. More would follow over the course of that decade.

The newly expanded collection of New York fine prints conveys the degree to which the city is present in the personal histories of many Magnum members, in the photobooks that they have published, and in the archives they have built – in some cases – over many decades. 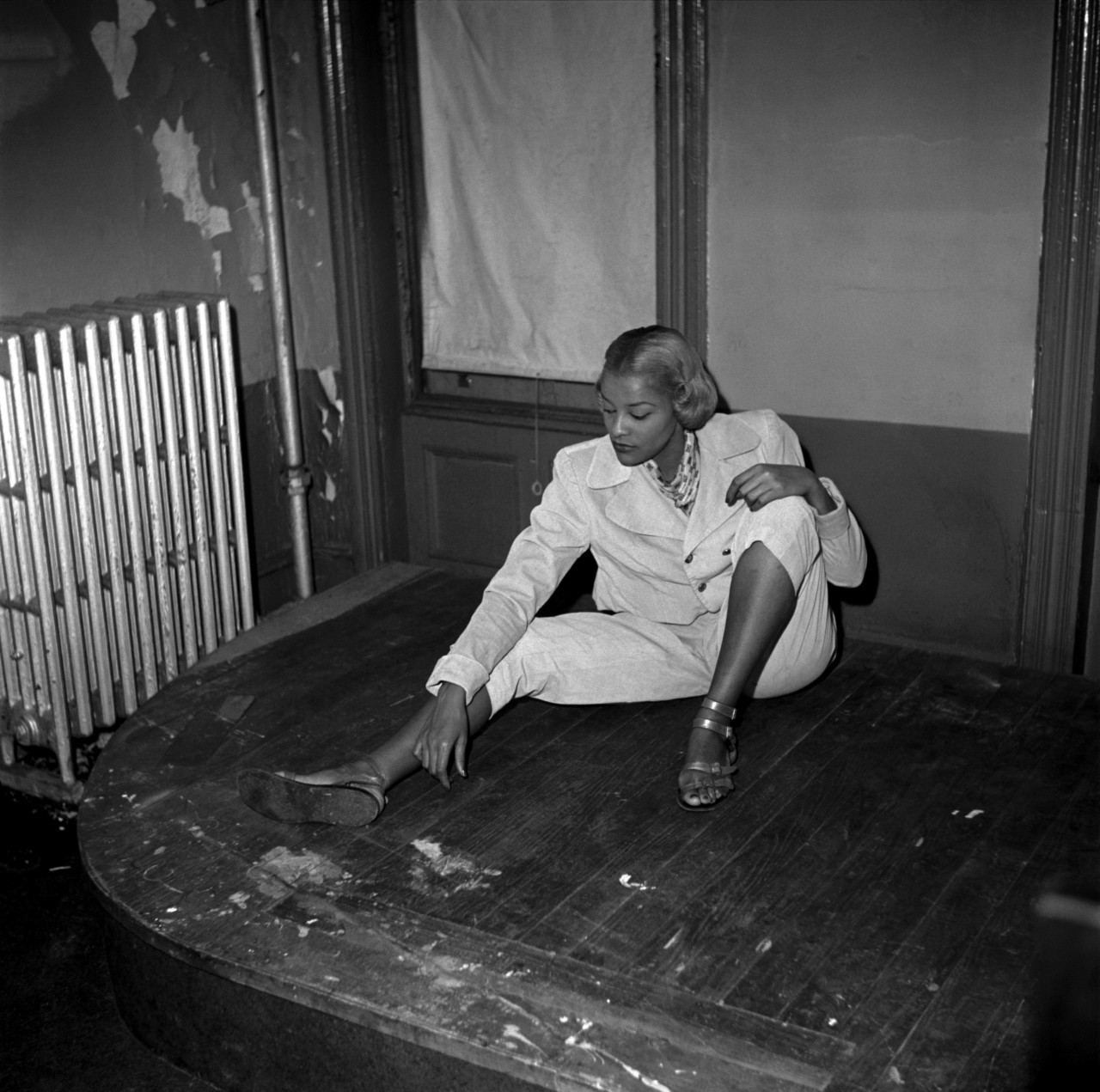 Arnold – the first woman to become a full member of the collective – travelled in 1950 to an Abyssinian church in Harlem as part of a photography course assignment to photograph an African American fashion show. The resultant body of work, which covered a side of then-segregated life in New York – a side that had broadly speaking been ignored by much of the media – would propel her further toward a career in photography. An image from the essay – of model Charlotte Stribling stretching before the show – is one of a number of newly-available photographs by Arnold in the collection. 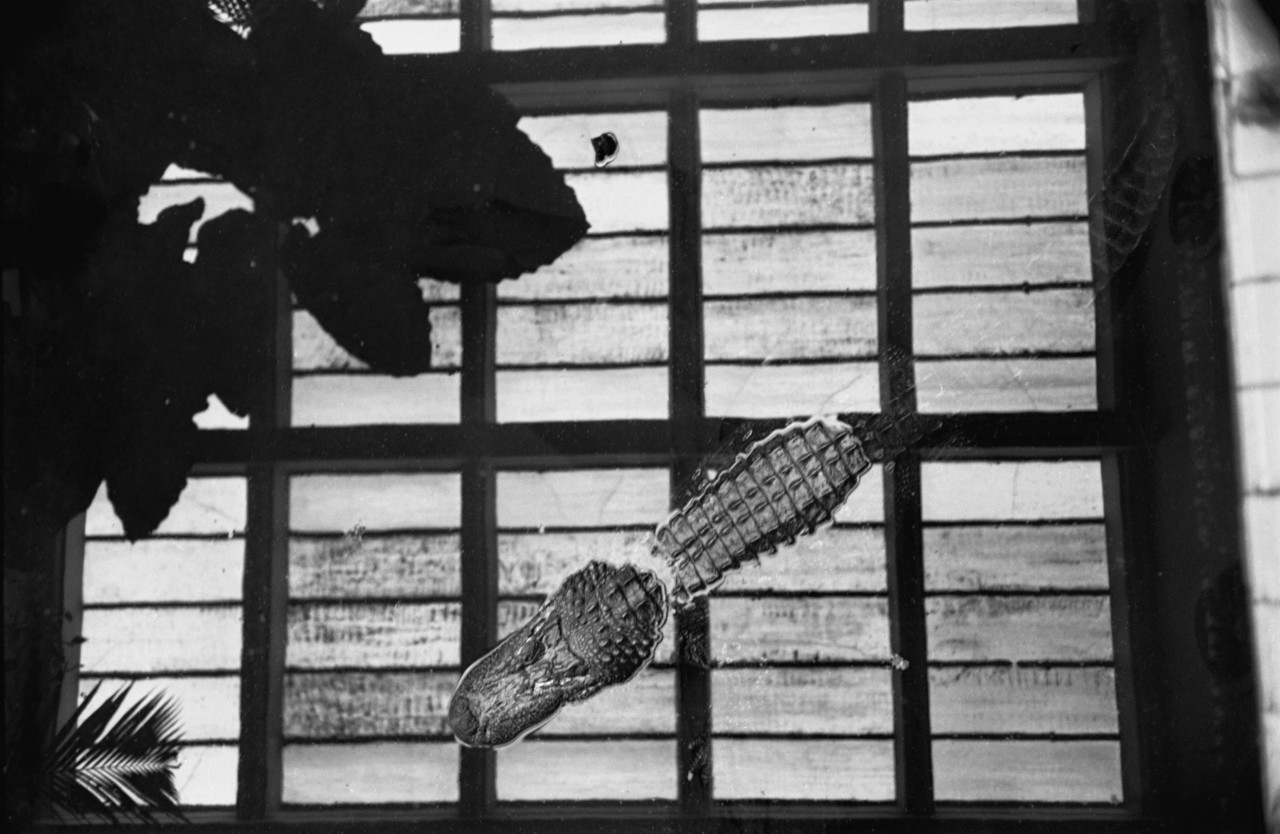 Bischof’s newly-added images, also made in the ‘50s, capture the structural and the surreal in the city – its geometry and juxtapositions, its grand scale and simultaneously its closeness. Leonard Freed’s famed photo essay and book Police Work captures New York during the crime-ridden 1970s, offering an up-close view of the day-to-day beats of city cops, undercovers, addicts, criminals and communities. Alongside these are Freed’s images dwelling upon the city’s inhabitants: bands of children on the streets of Little Italy and Harlem, and office parties with the attendant awkward dance moves. 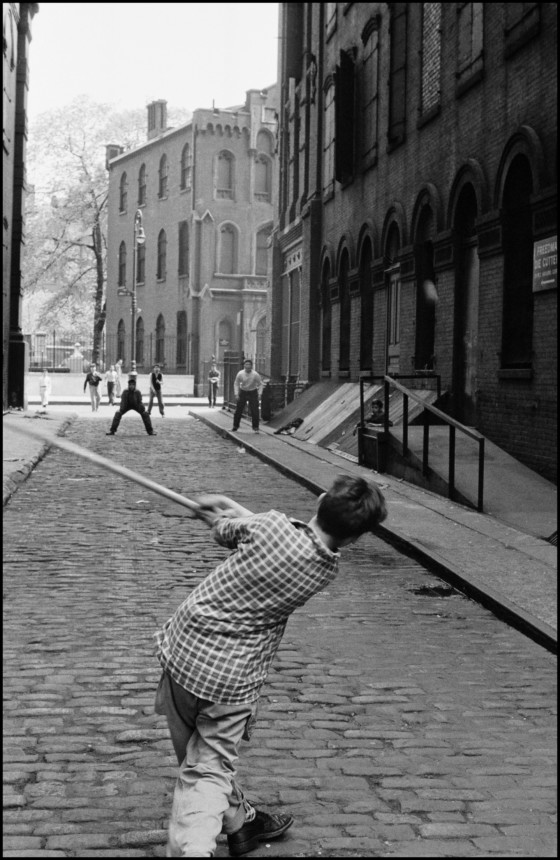 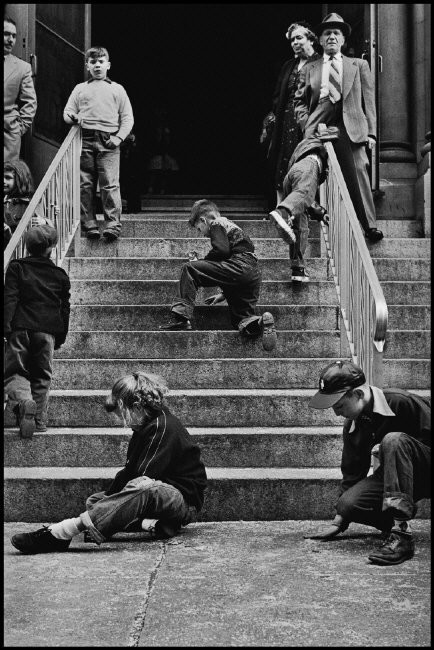 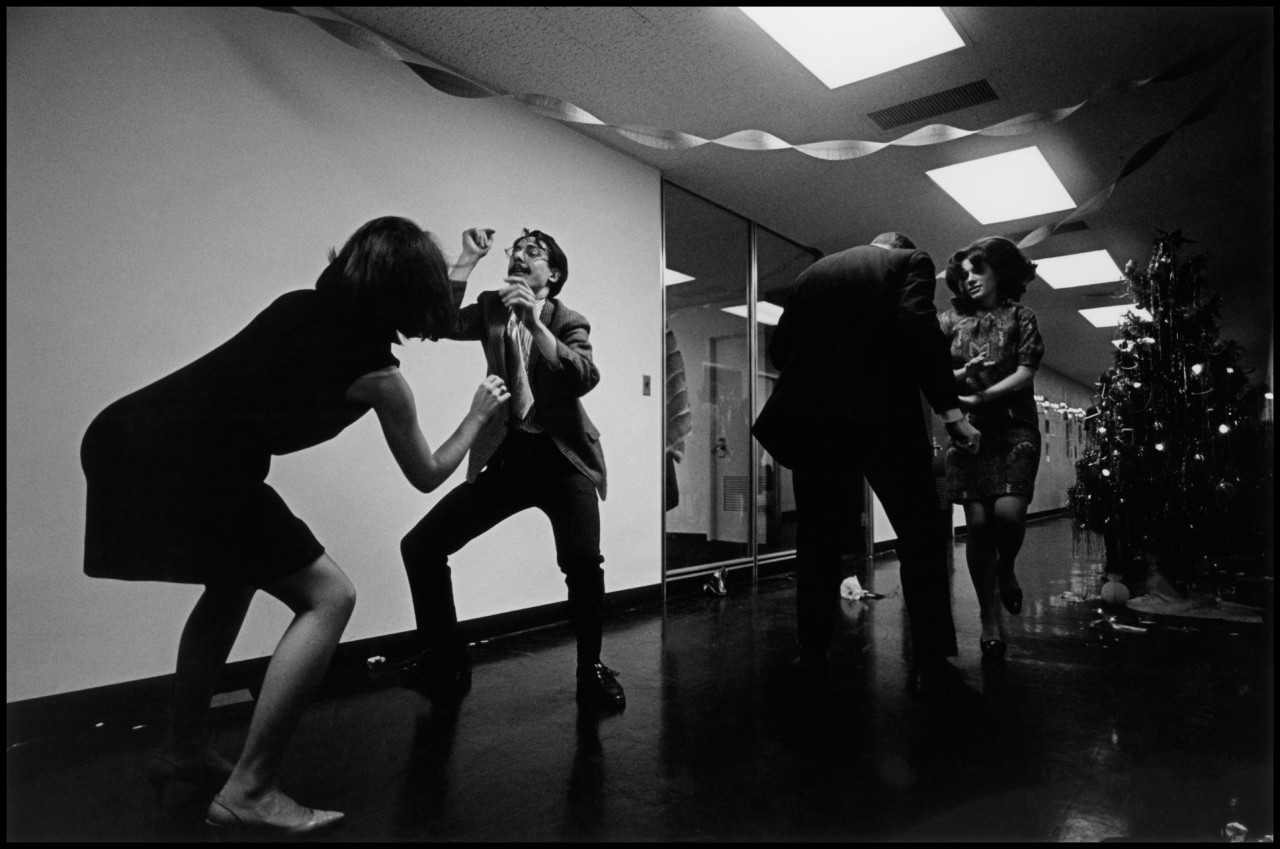 Hartmann, originally from Munich, Germany, moved to New York after serving in the United States Army during World War II. His prints span six decades of life and work in his chosen home, and include an image from his famed ‘light writing’ series, of which he wrote:

“I cannot really describe these photographs any further than that. They give me a sense of satisfaction because I have been able to use familiar, sometimes commonplace situations and, by the introduction of an unfamiliar way of using light, transform them into photographs which seem to me disquieting, questioning, ambiguous.” Recent additions to the New York collection from the archive of Glinn span the decades either side of his becoming a Magnum member in 1951 – capturing the last days of the infamous Lower East Side bar Sammy’s Bowery Follies in 1949, tourists in the city in the ‘50s, and Thanksgiving crowds overlooking Central Park in the early ‘90s. 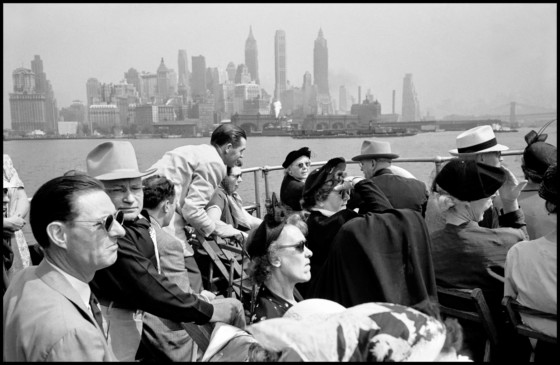 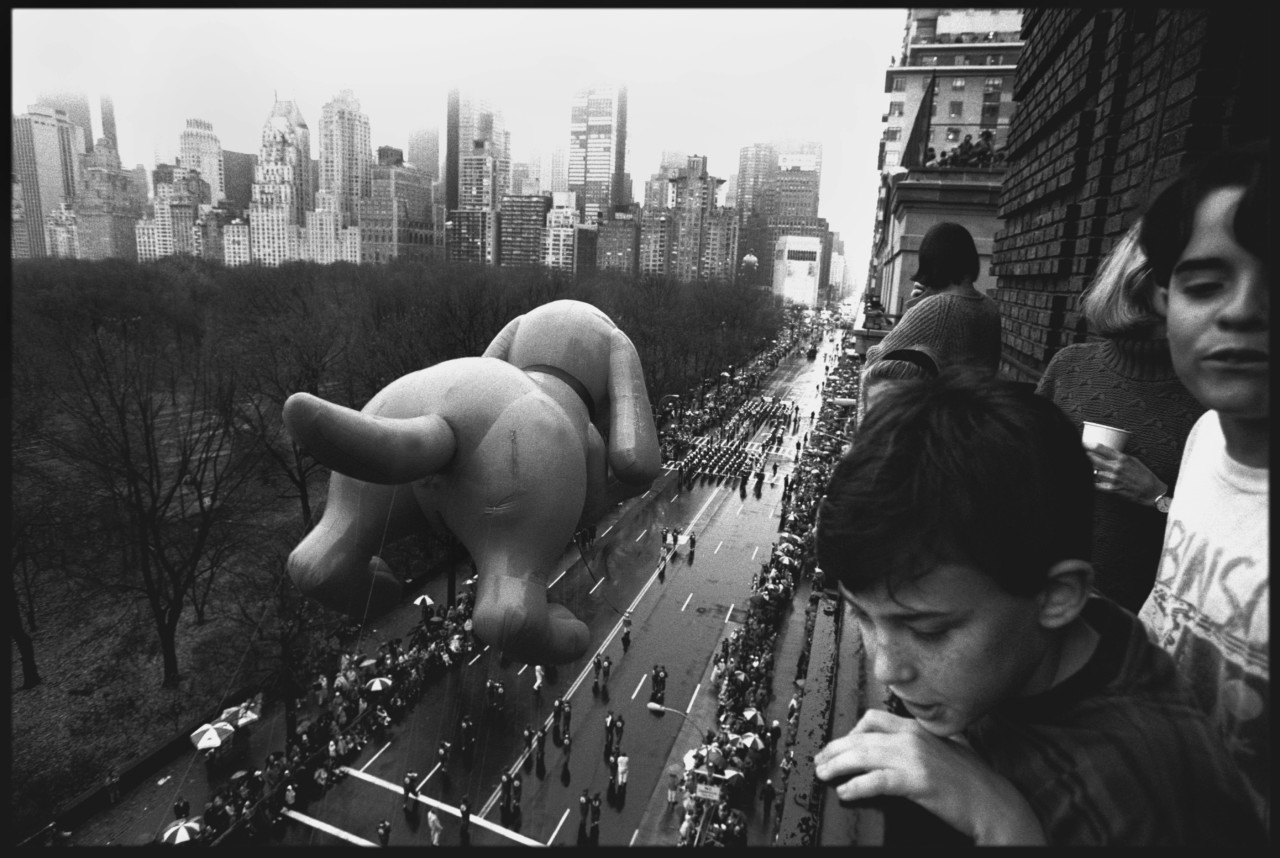 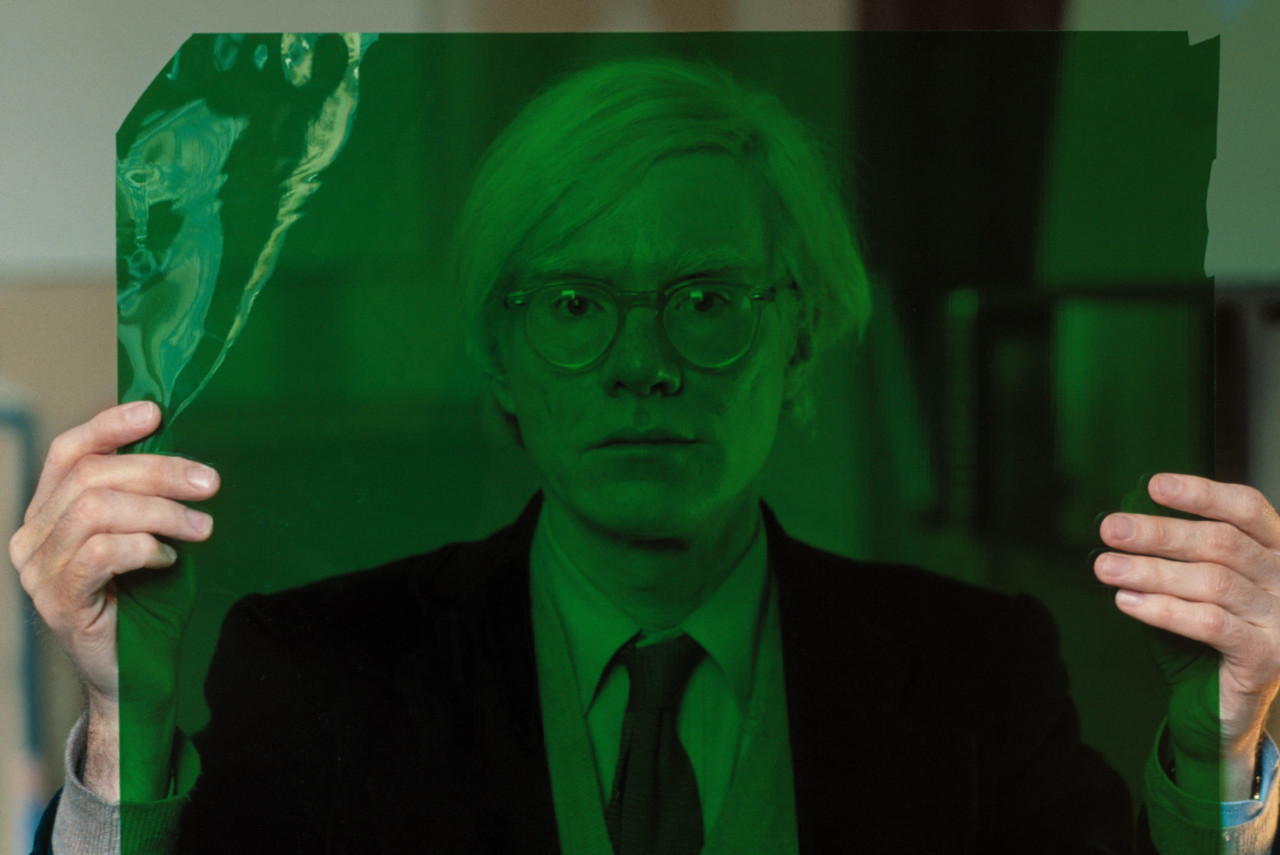 Color images by Thomas Hoepker and Constantine Manos have also been brought into the collection. The former’s portraits of New York artists Andy Warhol and Keith Haring continue the lineage of Magum’s members documenting the city’s artists and art-spaces. Manos’ seminal color project American Color is also represented here, an example of the photographer’s recognizable usage of the counter-play between shadow and brilliance. 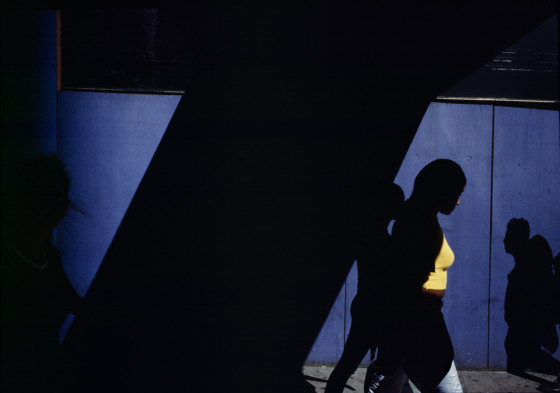 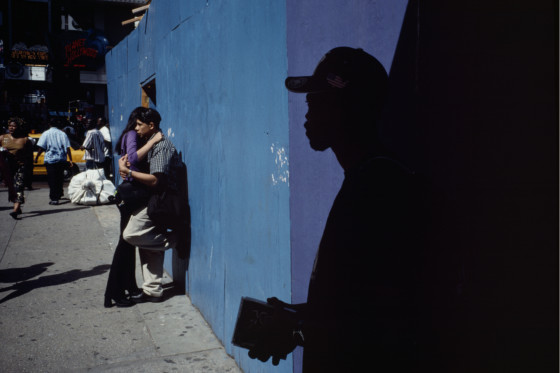 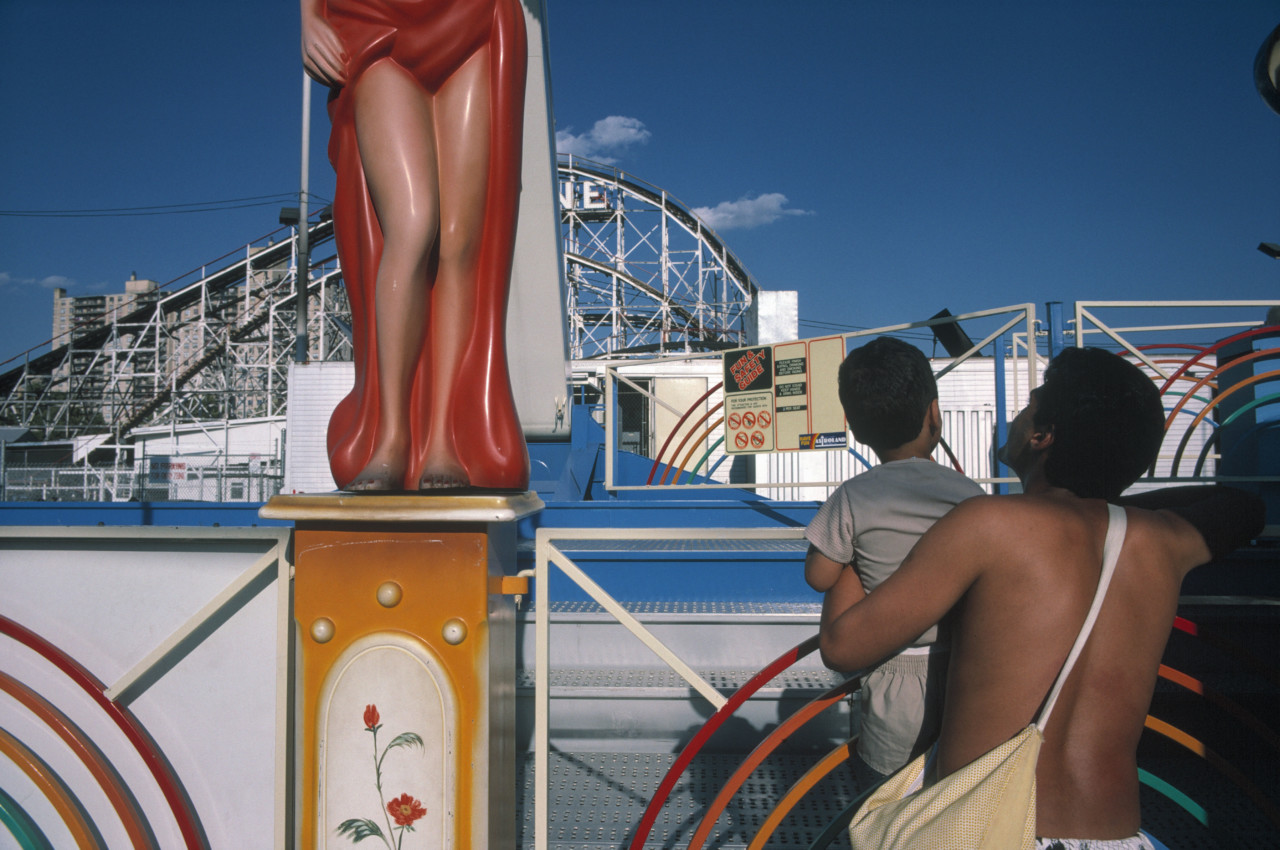 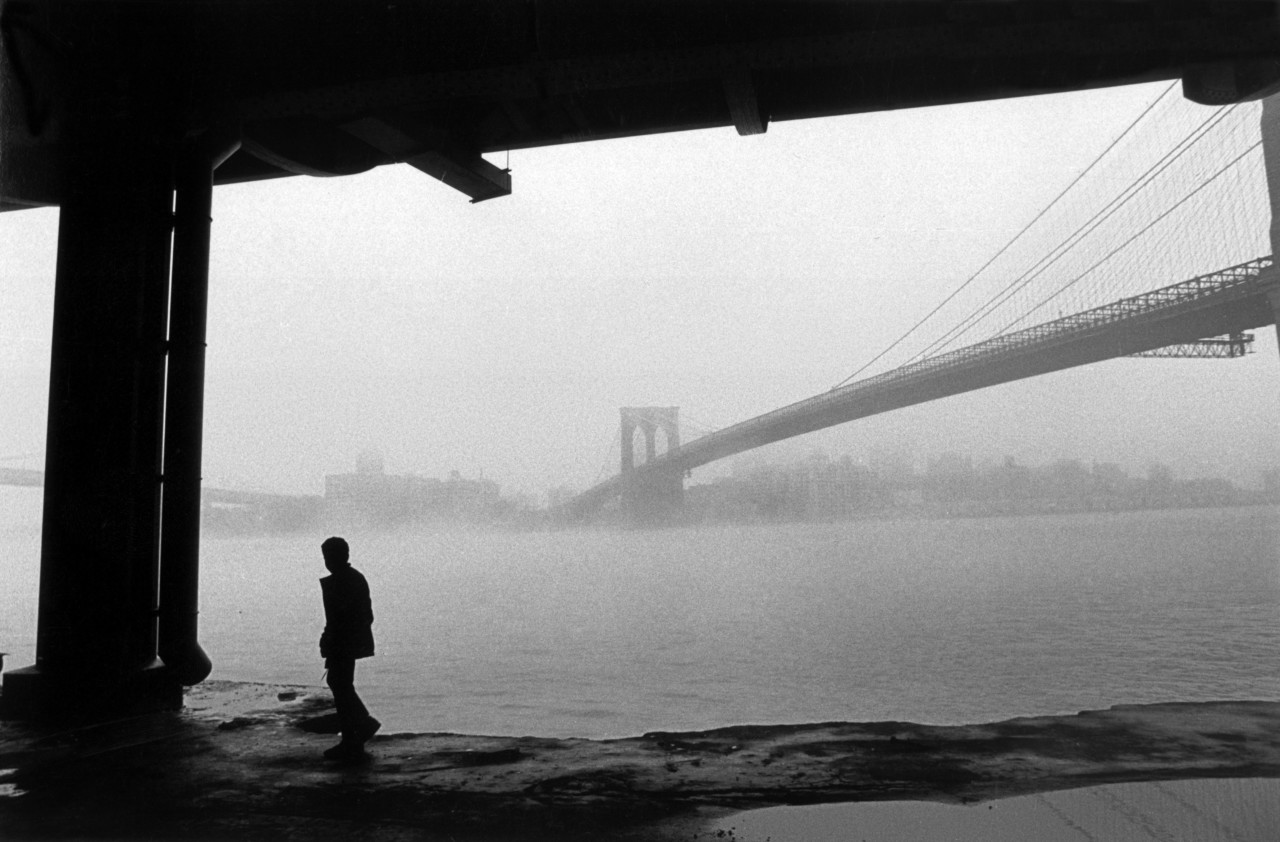 Through the mid 1980s and early 90s, Sicilian photographer Ferdinando Scianna worked in New York capturing the city’s corner bars, oversized spans, subways, its stars and its everyday inhabitants – a far cry, visually-speaking, from his editorial and fashion work made on the intimate stone streets of Southern Italy. These newly incorporated prints are added to the more than 500 images available in the New York Collection – a view of the city through the lenses of Magnum’s members.

You can see the full New York Collection on the Magnum Gallery, here. 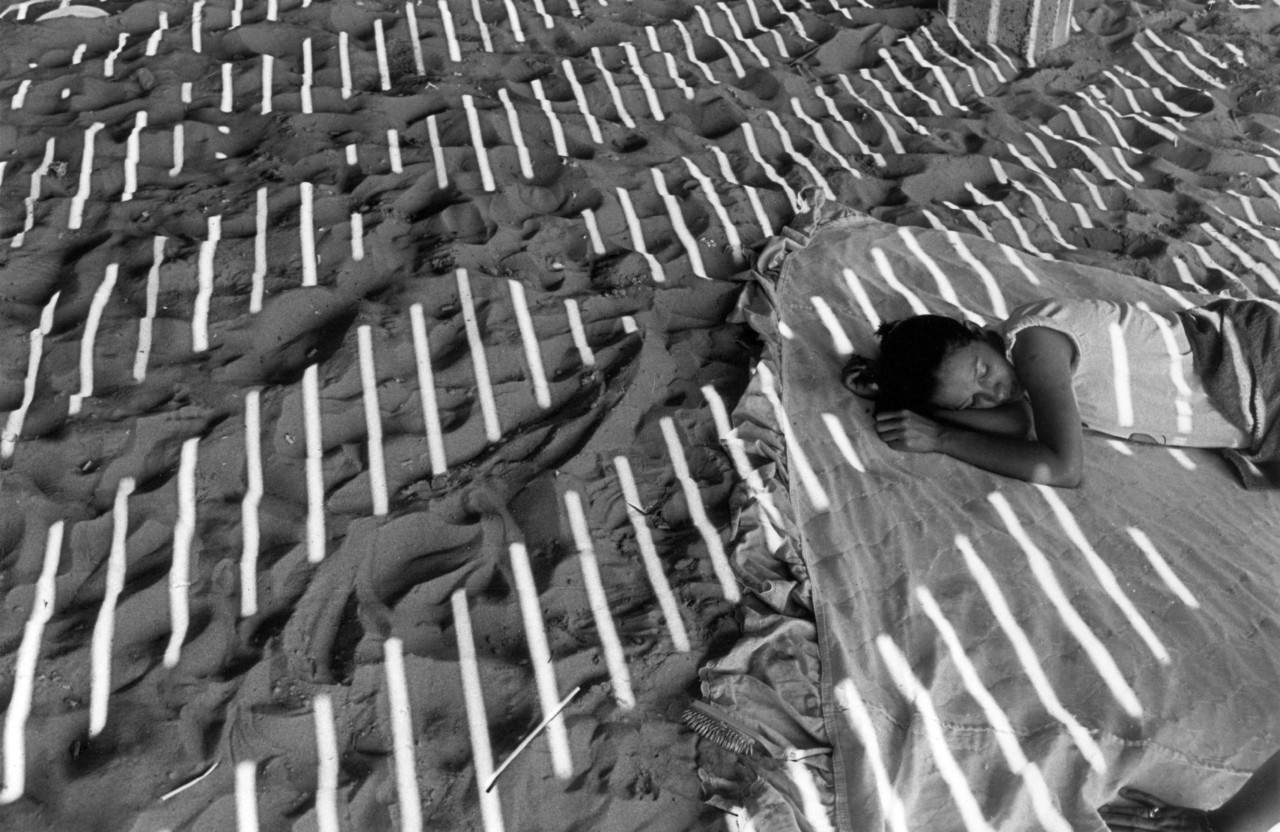