Magnum photographers select images that resonate with them, as the US election nears

As the run-up to the 2020 US election enters its last days, a number of Magnum’s members select images from their archives which represent something impacted by, or representative of, contemporary America. From the opioid epidemic, to the polarization of news coverage and the national conversation, to the Mexico border wall,  political wargames and the global migrant crisis – the images reflect a breadth of practices and concerns as November 3 approaches.

This is a co-publication with Magnum Flow, Magnum’s photographer-initiated project which allows the collective’s members to share both contemporary and historical work relating to world-changing events, in near-real-time. Learn more here. 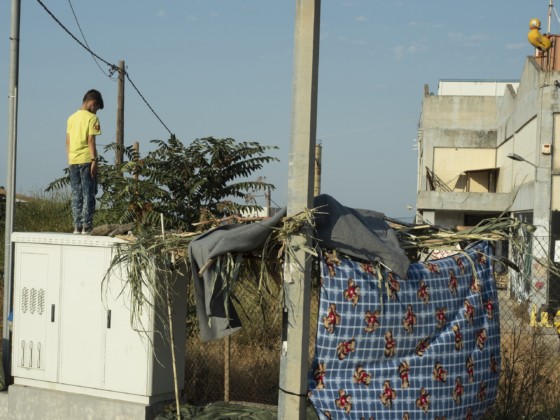 Enri Canaj Greek authorities have been scrambling to find a way to house more than 12,000 people left in need of emergency shelter on the island after the fires deliberately set on Tuesday and Wednesday night (...)
gutted the Moria refugee camp. Little boy playing outdoor - All people evacuated from Moria slept one week in the open. Lesbos, Greece 2020 © Enri Canaj | Magnum Photos 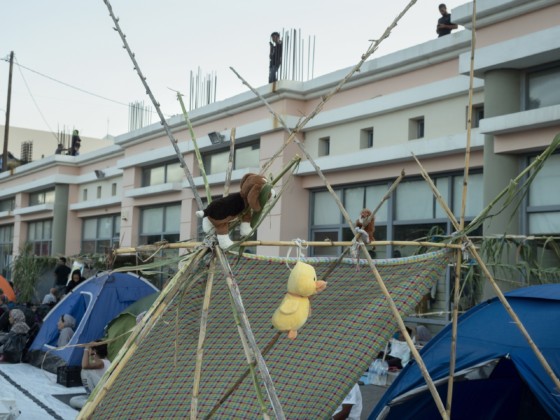 Enri Canaj Greek authorities have been scrambling to find a way to house more than 12,000 people left in need of emergency shelter on the island after the fires deliberately set on Tuesday and Wednesday night (...)
gutted the Moria refugee camp. Crib toys, above an infant improvised bed. Lesbos, Greece 2020 © Enri Canaj | Magnum Photos

“Each time I go to Mytilene the scenario has never improved. This last year people in the camp could not leave the area for six months due to Covid-19 measures. Children could not go to school or follow any other alternative program. This has still not changed. Later, the disastrous fire in Moria camp left thousands of people on the street for many days and nights, with no facilities at all. Infants, children, the elderly, women, and men were left under the stars and with nothing.

The last time I went there a little refugee girl said to me: ‘Before you leave the island come and say goodbye’. That moment has been imprinted on my soul. I wish she were the one – as well as thousands of other children – that was able to say goodbye to the island.”

“I keep thinking about the photo shoot I did with the women in Knit Club at the Yalobusha County courthouse two years ago. We played judge and jury with courtroom dockets, a gavel, and knit club props. One person dressed up as Ruth Bader Ginsberg. It seemed like a subversive thing to do in a Mississippi courthouse, and we had fun. But I don’t think any of us would be so whimsical about it now, knowing where things stand in the Supreme Court.” 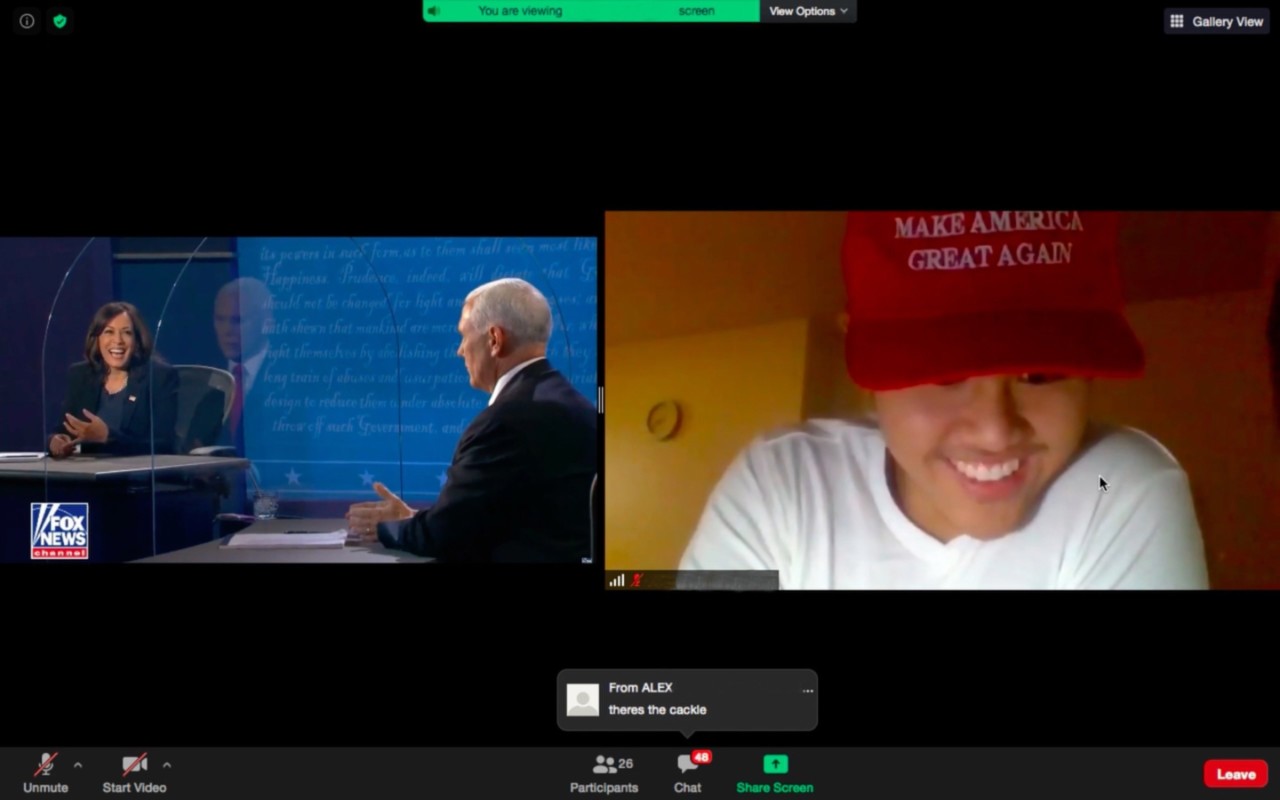 “The 2020 US presidential campaign, not only because of the extreme polarization, is truly a campaign like no other. At the height of the second wave of the Covid-19 crisis, both candidates have drastically reduced their traditional public campaigning. The Biden campaign is practically happening in a virtual space.

President Trump has survived his Covid infection and continues to campaign in person and disrespects anti-Covid measures repeatedly. For Republicans ‘ZOOM’ is an insult.

At the only VP debate between Kamala Harris and Mike Pence, a small university group of Trump supporters organized a “watch party” on zoom. From the beginning of the Covid-19 crisis, I decided to turn my efforts inside the new, online world to which many of our activities have migrated. Education, parties, protest and politics, entertainment, etc….. happening on Zoom.” 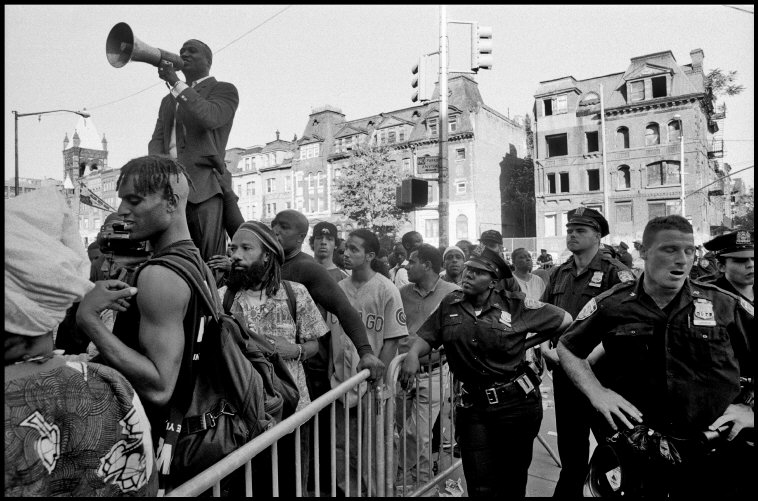 Paul was a champion of the underdog. The vast majority of the personal stories he chose to cover were critical of governmental and political policies or actions that abandoned or persecuted the people. Paul’s motive to photograph these stories was so the injustices could be known and the subjects be seen. He always said “there is nothing that should not be photographed,” and bristled at censorship and secrecy.
Regarding his essay Bitter Fruit he said:
“I believe in democracy and freedom. I hate what this administration is doing to our country. It intentionally never tells the truth. That is unacceptable. From the beginning of the Iraq war the great ‘spin’ from the Bush administration has been and is: ‘Only the enemy suffers casualties.’ The most obvious example of that effort was closing Dover Air Force Base to the press — let no one see the rows of flag-draped coffins ready to be shipped to grieving families. The Bush administration was prohibiting photographs of soldiers’ coffins arriving back home. I was just infuriated about the whole thing. It’s news of national importance. Military officers kept me out of all but a few funerals, using verbal intimidation, physical force, or both. I’m sure they were being told right out of the White House, ‘Don’t let them cover this. It’s been incredibly controlled.” “These were taken at the George Floyd protest in Brooklyn, in June. The protest route ran over the Brooklyn Bridge into Manhattan. I was really struck by the energy, and the animation that people were displaying – and rightfully so. I hadn’t even realized this lady was a famous rapper [Young Ma], she was just there, on the front lines like everyone else. This day, and these protests, were a great opportunity for people to express themselves, and they were a great opportunity for me to do interesting pictures.” “The Zonkie was created in the ‘50s in the streets of Tijuana as a mascot provided for American tourists that could combine the stereotypes of Mexico with the exoticism of a foreign, still neighboring country. More than 50 years later in November 2018, close to 10,000 Central American migrants fled from violence and persecution in their countries of origin to seek asylum in the United States. With this migration Tijuana became a base for many migrants that tried to cross the border with hopes to fulfil the American dream. Betsy and her family walked for 34 days to reach Tijuana, where they were given shelter on the outskirts of a city used to excess and acting as a playground for survival, with a mascot as mythological as the dream they sought.”

[Photograph made in collaboration with Cristina De Middel.] 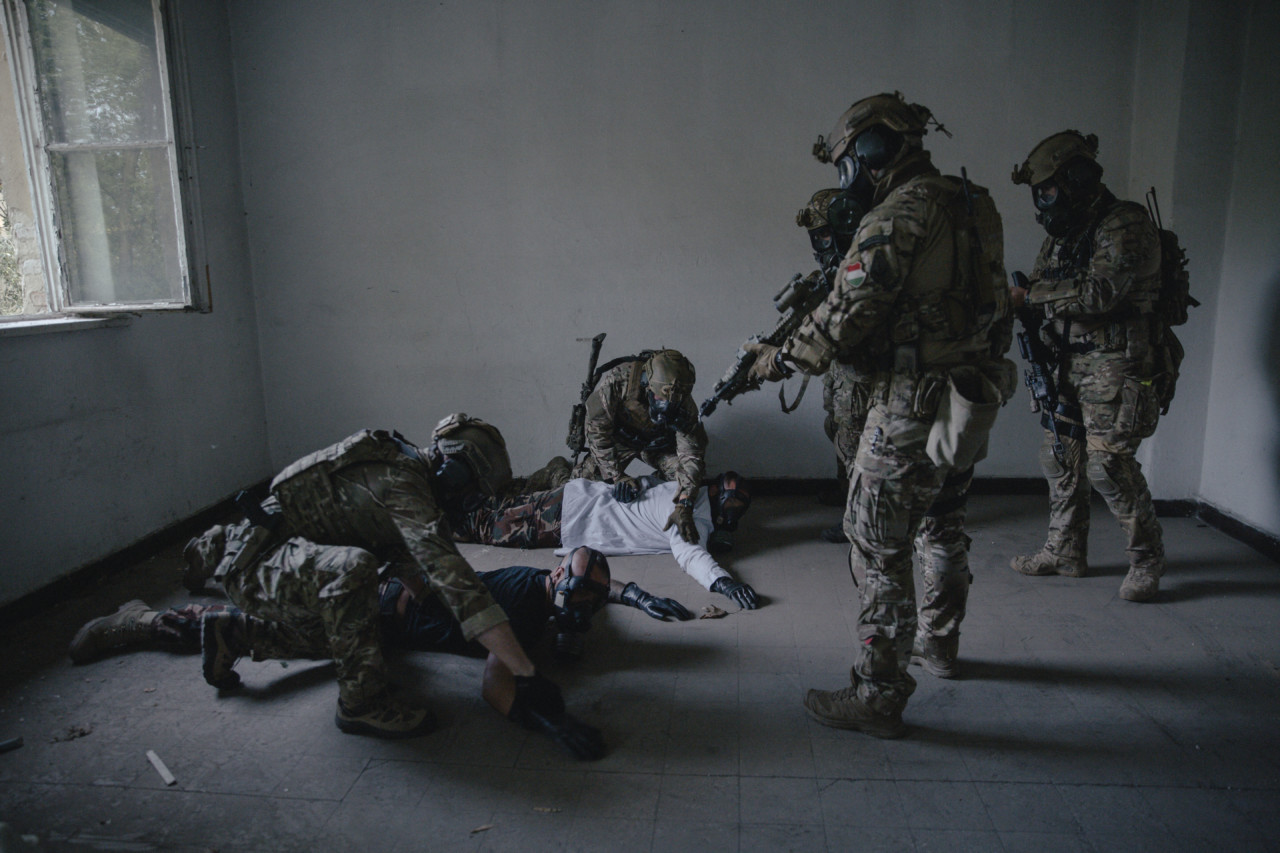 “Last year, on assignment for The New York Times I joined a military exercise which saw U.S. Special Operations forces training in Hungary. To me the story showed that while Trump is strengthening ties with Putin and the Hungarian authoritarian nationalist leader Orban, U.S. Spec Ops commandos together with their Eastern European and Baltic counterparts are shifting to employ 21st guerrilla tactics, including cyber, space and propaganda warfare, to blunt advances by Russian Spetsnaz and other special forces.

It was confusing to see how American and Hungarian forces find themselves back in a sort of Cold War with a contemporary twist, while both their presidents continue flirting with Russia. Or as the reporter Eric Schmitt summed up: ‘When asked about these seeming contradictions, the top Hungarian and American officers overseeing the commando exercise exchanged glances and, after an awkward silence, chose their words carefully.’” 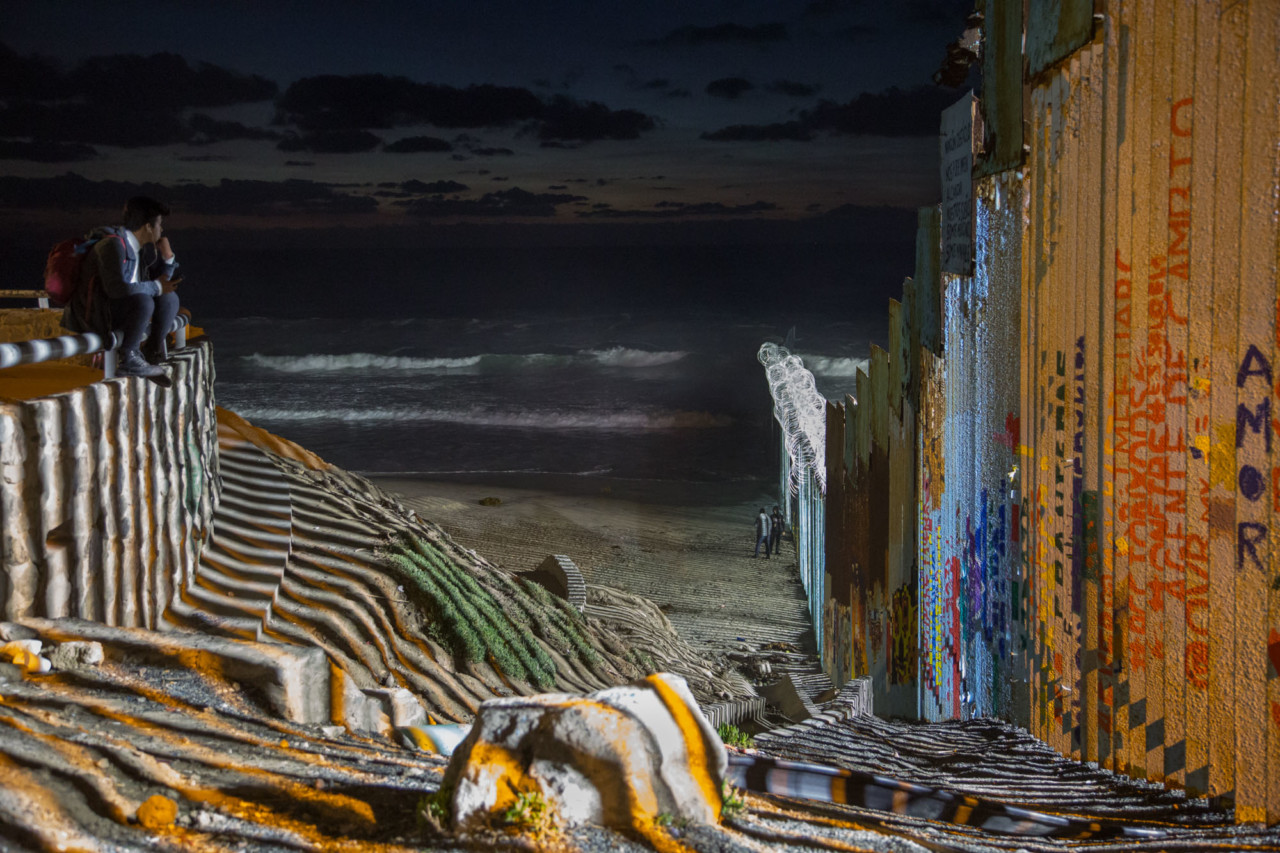 “With the U.S.-Mexico border closed since March, the future is uncertain for more than 11 million undocumented people in the United States, and for many more seeking asylum here. Thousands of families were separated under Trump’s “no tolerance” migration policy, now we hear that 545 children have yet to be reunited with their parents. Will America continue to be a nation of welcome? It’s impossible to know how the election will change immigration policy in this country.” 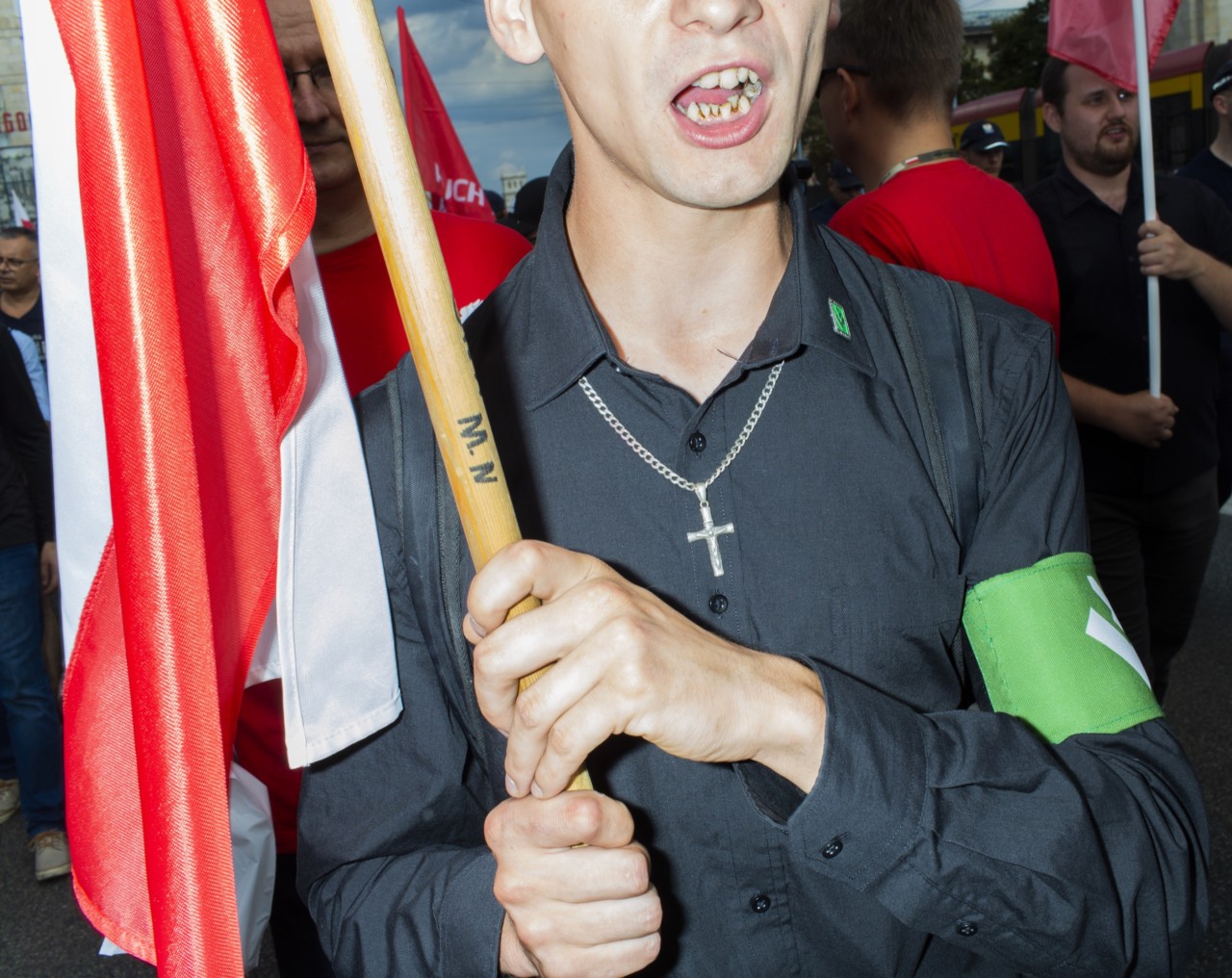 “Right wing populism and neofascism have moved from the peripheries to the mainstream. It’s thanks to the leaders like Donald Trump, Jaroslaw Kaczynski or Viktor Orban who silently or openly credit the actions of white supremacists and alt-right movements for political gain. Gender and sexual discrimination have become a part of contemporary social landscape, not only in Poland. The presence of neofascism in public space in Poland – a nation that suffered from Nazi oppression just decades ago seems to be a dark and ironic historical loop. Here, members of Młodzież Wszechpolska (All-Polish Youth) alt-right formation are marching through Warsaw, back in 2018.” 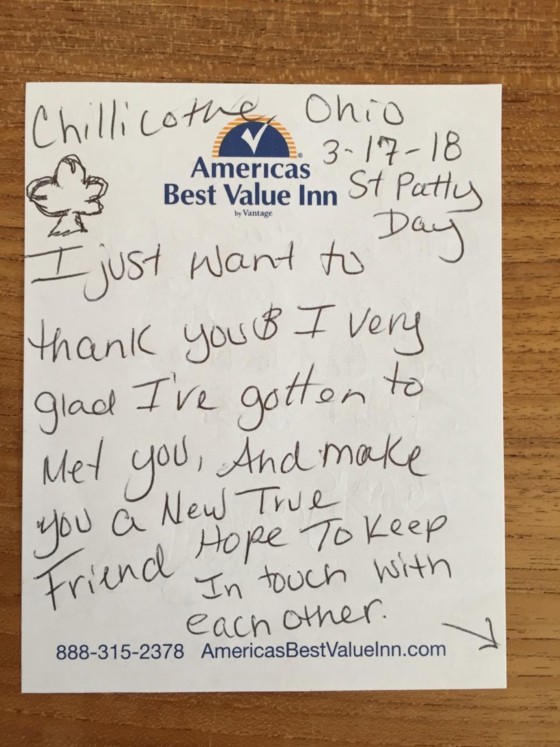 “Missy, 30, was one of the first people I met in Ohio. She had been using heroin for three years when we met, I’ve since lost contact with her. I wonder where she is. Did she stop using? Drug addicts are stigmatized, the victims of stereotypes, wider society portrays them as criminals, yet addiction is a disease. Missy, like many other users, is just trying to numb a deep pain.

As Mikhail Bulgakov wrote in the short story Morphine, a fictional diary of a morphine addicted doctor: ‘I’m afraid of the slightest noise, I hate everyone when I’m in the abstinence phase. People scare me. In a phase of euphoria, I love them all, but I prefer loneliness.'” “If I had to sum up the subject of my work in two words, I would say ‘human separation.’ But I’m far more interested in the softer forms of separation like loneliness and heartbreak than I am in the hot button political divisiveness. When I take photographs in the context of the latter, I’m usually disappointed. In the leadup to the 2016 election, I photographed in Logan County, West Virginia for a magazine story titled “In The Heart of Trump Country.” The lead photo from the story was of a billboard with Hillary Clinton behind bars.

The picture did its job: it got readers to stop and hopefully read the article. But for me the image is a one-liner that possibly generates more division. I’m far more interested in this photo that never ran in the magazine: 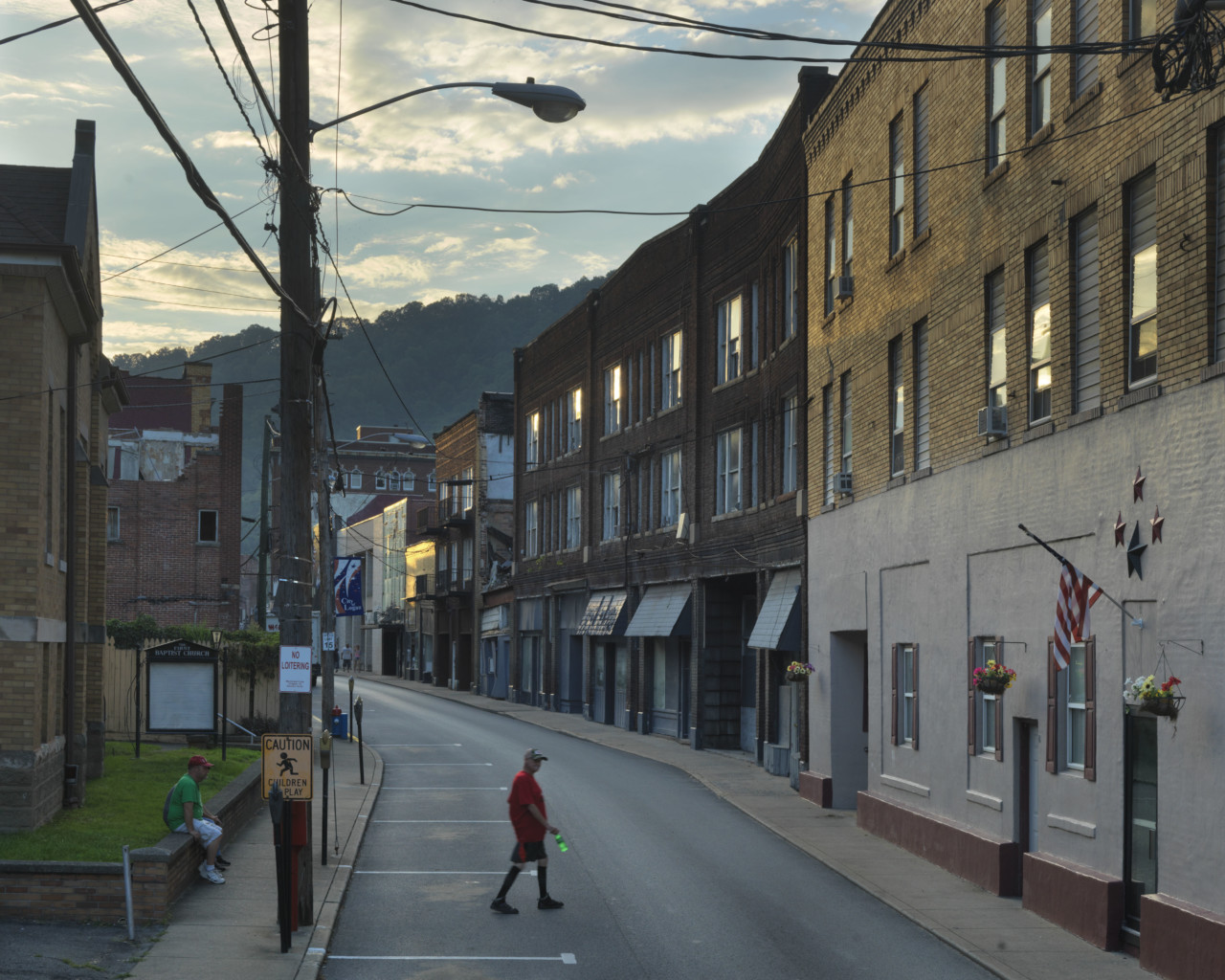 I’m grateful for the photographers working today that can document the extraordinary conflict of our time. But I don’t see this as my job. For better or worse, I’m more devoted to the light hitting the bottle held by a man crossing a deserted street at twilight.” 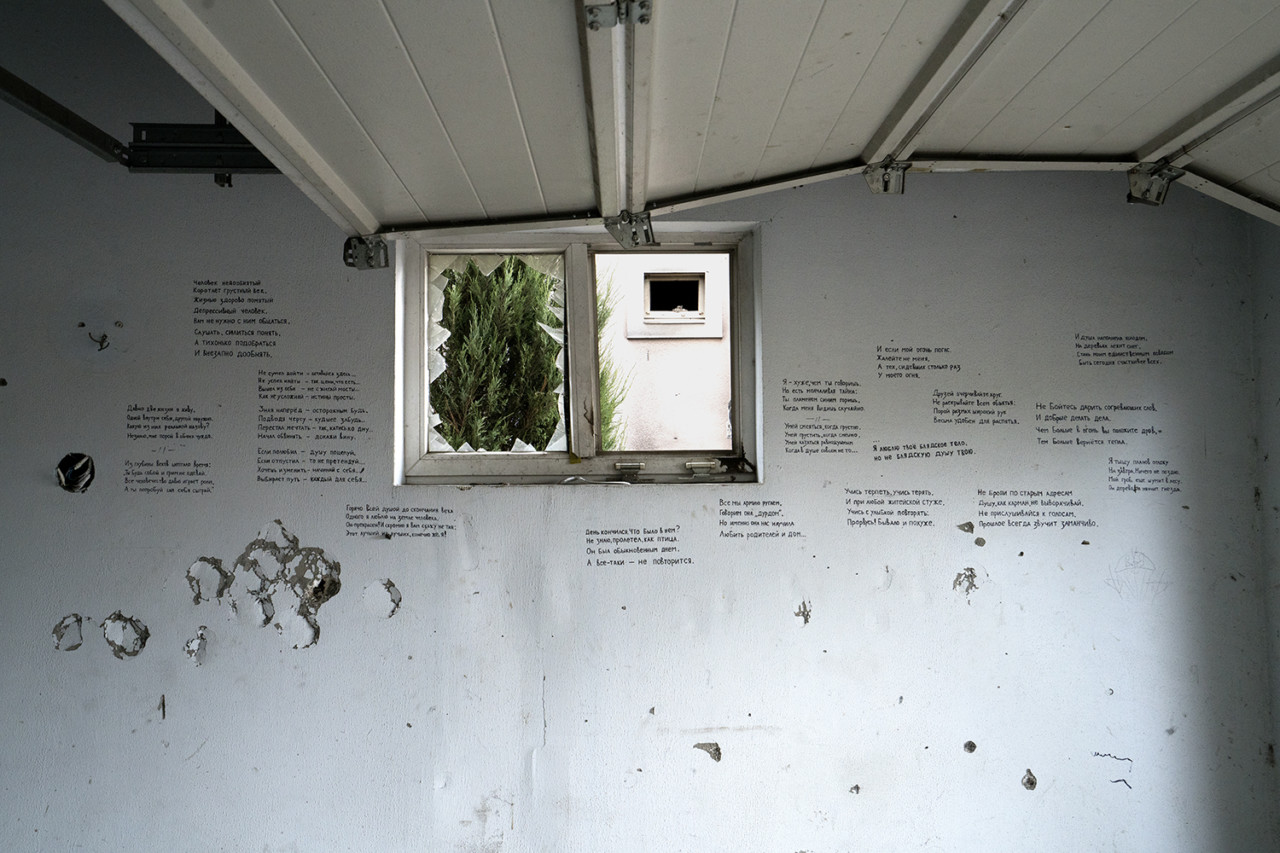 Larry Towell Poetry written on the wall of a garage by Ukranian soldiers when it was used as a bivouac. Frontline position, Donbass. Pesky, Ukraine. 2017. © Larry Towell | Magnum Photos

“The impeachment trial of Donald Trump in early 2020 was based on abuse of power and obstruction of Congress due to allegations of foreign interference by threatening to withhold military aid to Ukraine unless it could uncover wrongdoing by Democratic rival Joe Biden’s family. There was never a more divided moment in US history involving an issue of foreign affairs, because there is nothing more divisive than a presidential impeachment trial. The Republican-held Senate found the president not-guilty. Nancy Pelosi, Democratic House Representative, warned the public of ‘normalized lawlessness’.” 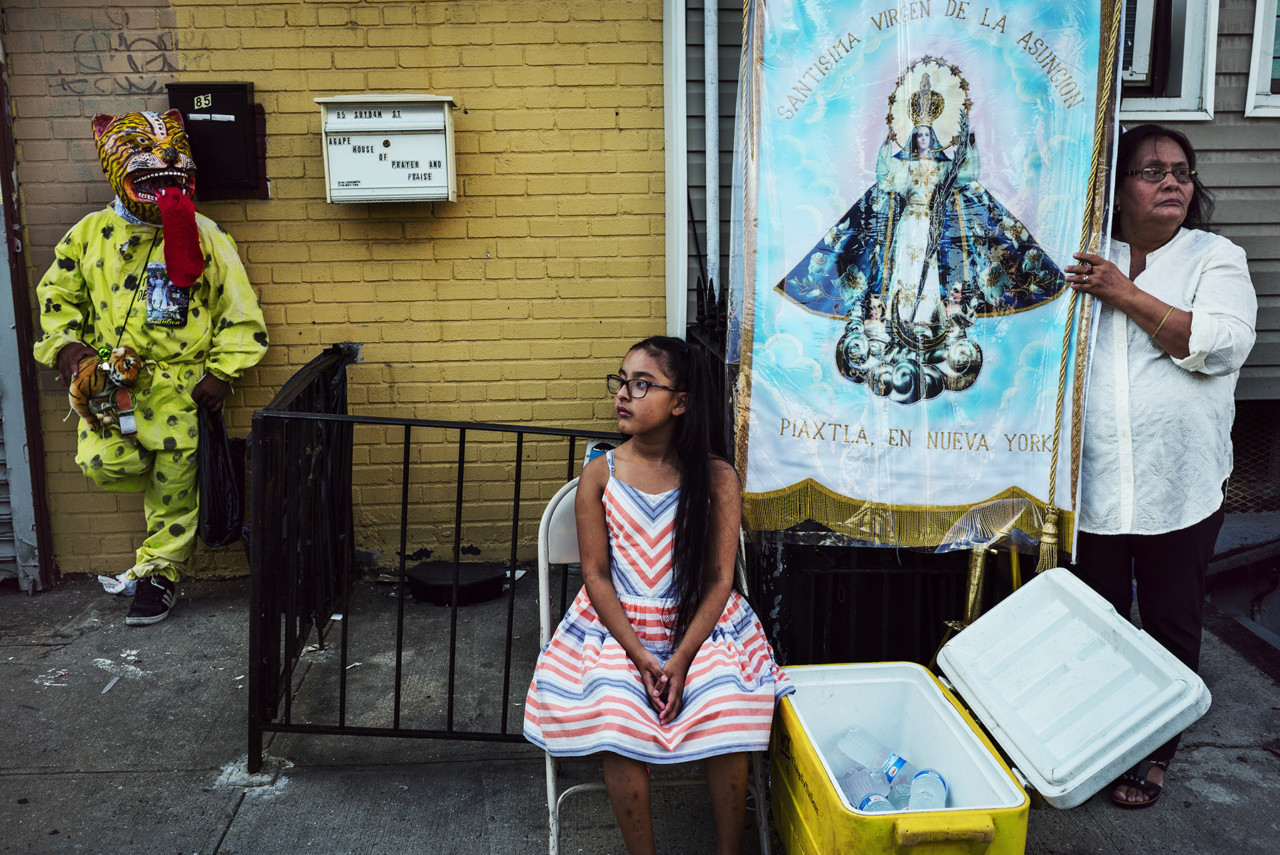 “In August in Bushwick, I passed banners of the Virgin Mary—who rises to heaven on this holy day of Assumption—as well as men dressed as jaguars, an integral part of this Mexican tradition. Delighted to be invited into an apartment for tamales, I felt as if I’d entered a Mexican village, since most of the celebrants hailed from Piaxtla, a small town in the south-central state of Puebla, Mexico. It brought to mind another Assumption Day, one I’d photographed some thirty years before in the central Mexican city of Aguascalientes.”

Extended caption from The City Within: Brooklyn Photographs by Alex Webb and Rebecca Norris Webb. On show at Museum of the City of New York. Due to the pandemic, the exhibition is extended to April 18, 2021