As the third volume in his five-book exploration of the United States, Good Morning, America, is released, Mark Power discusses the ever-evolving project. Completing his latest working travels in the United States just before Covid-19 took hold, and months before the Black Lives Matter protests – and rightwing counter protests – gripped the nation, Power here reflects on the impact those momentous events of 2020 have had on the reading of his images, as well as the benefits of outsider status when working, and the clarifying nature of time and distance away from the subject.

Over the years you have been working on it, do you find the project’s meaning, or maybe its focus changing? 2020 saw America’s place in the world shift so much, did it change how you see things on the ground, and how you expect resulting images to be read?

Before answering that question it’s important to understand that when I completed my most recent period of work in America, on February 7, 2020, there were just a dozen Covid-19 cases confirmed in the US. The extent to which the pandemic would spread was not apparent then, except among the most visionary of scientists. Similarly, the rise to prominence of the Black Lives Matter movement, had also not materialised, and the elections (and the consequences) were still many months away… in fact, Joe Biden hadn’t yet been declared as the official Democratic presidential candidate. So much water has passed under the bridge since then.

A benefit of the various lockdowns we’ve faced here in the UK was that I was allowed proper time to edit and sequence the work I’d amassed since the publication of Volume Two, as well as reassessing pictures going back to the very beginning of the project (in 2012) which were so far unused. With the exception of the Presidential election, which took place after the book was printed, I was able to look at all those pictures in the light of what had occurred since leaving that last time. It was strange, but they seemed to have developed a different meaning; they became more loaded, and even the simplest of landscapes began to look like stages, set and waiting patiently for the drama that was to come. 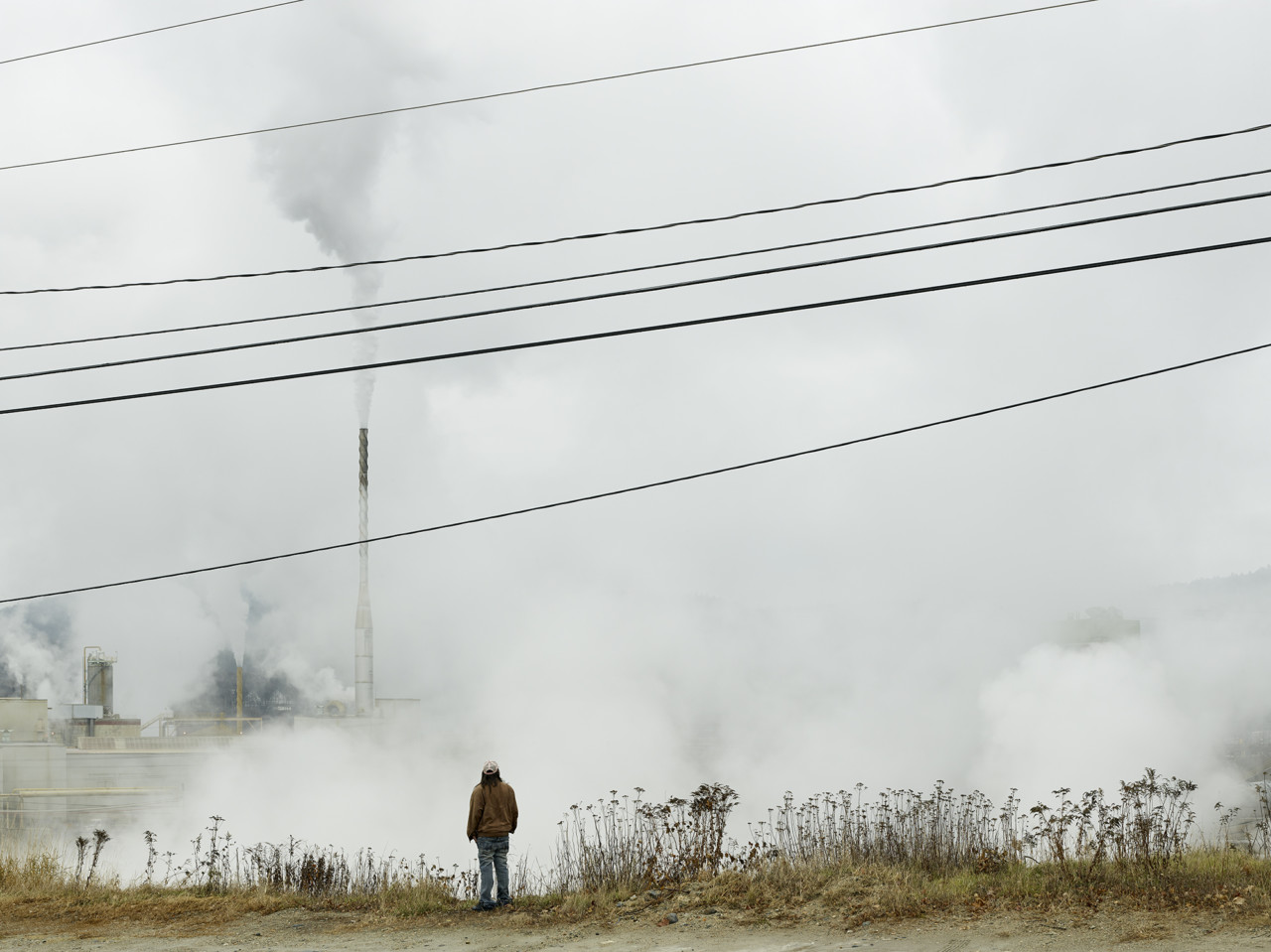 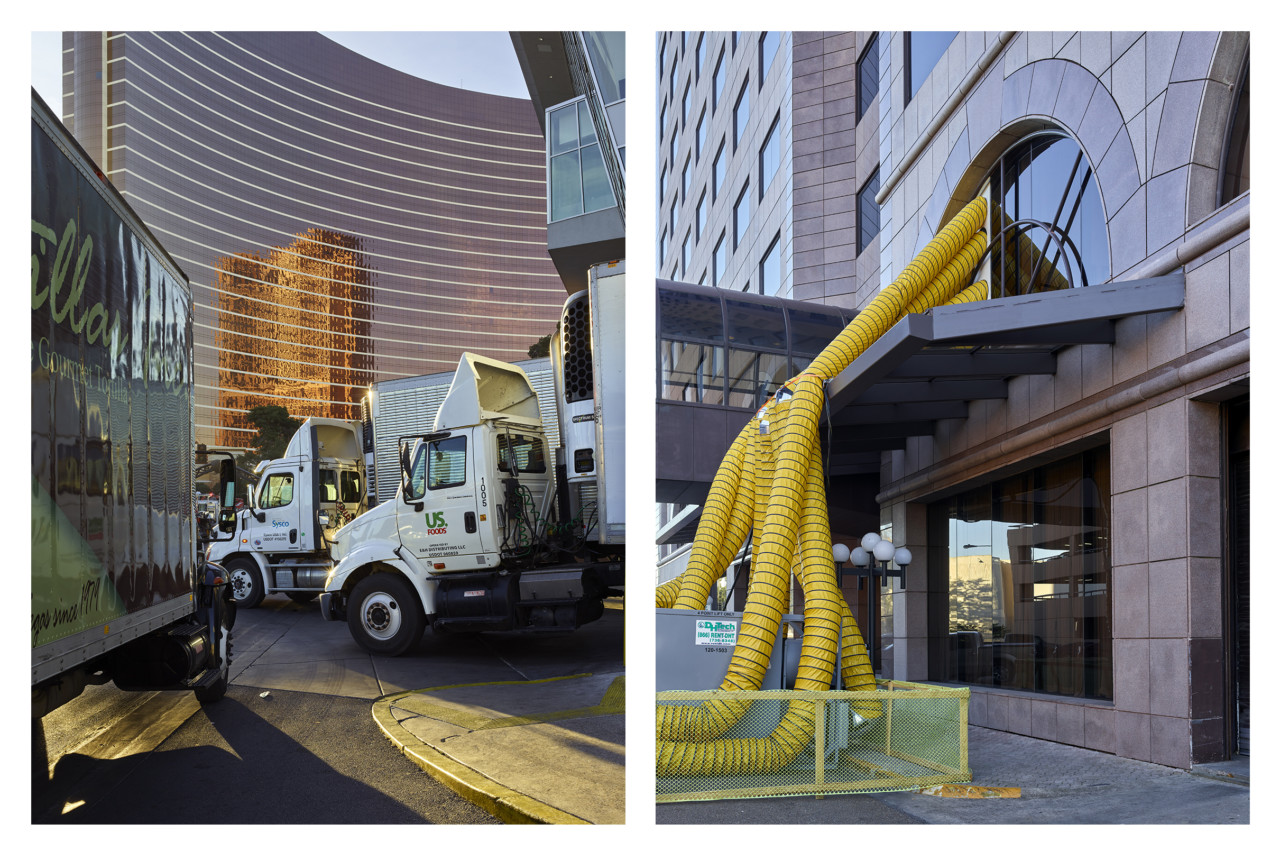 All this raises two further questions, although to neither do I yet know the answers. The first is entirely practical: when will I be able to return to America with some safety? The second is more philosophical: once I’m there, how I will respond to the momentous events that have occurred since my last visit? When I look at (for instance) Peter Van Agtmael’s remarkable documentary images of the pandemic and the post-election riots I naturally question the relevance of what I’ve been doing. But then I remind myself that I’m not a photojournalist per se, and so I must endeavour to approach the subject in another way. Quite what a post-Covid landscape will look like, or how I will photograph it, is something I think about a lot. But I’m reminded of something I said right at the beginning of the project, which now seems even more poignant: might it be possible to photograph a violent demonstration, a riot, call it what you will, without photographing protesters wielding batons and other weaponry? Similarly, then, how does one photograph the pandemic after its over?

"In the knowledge that true objectivity in photography is nigh-on impossible, it’s inevitable that the work will investigate my own relationship to the place..." 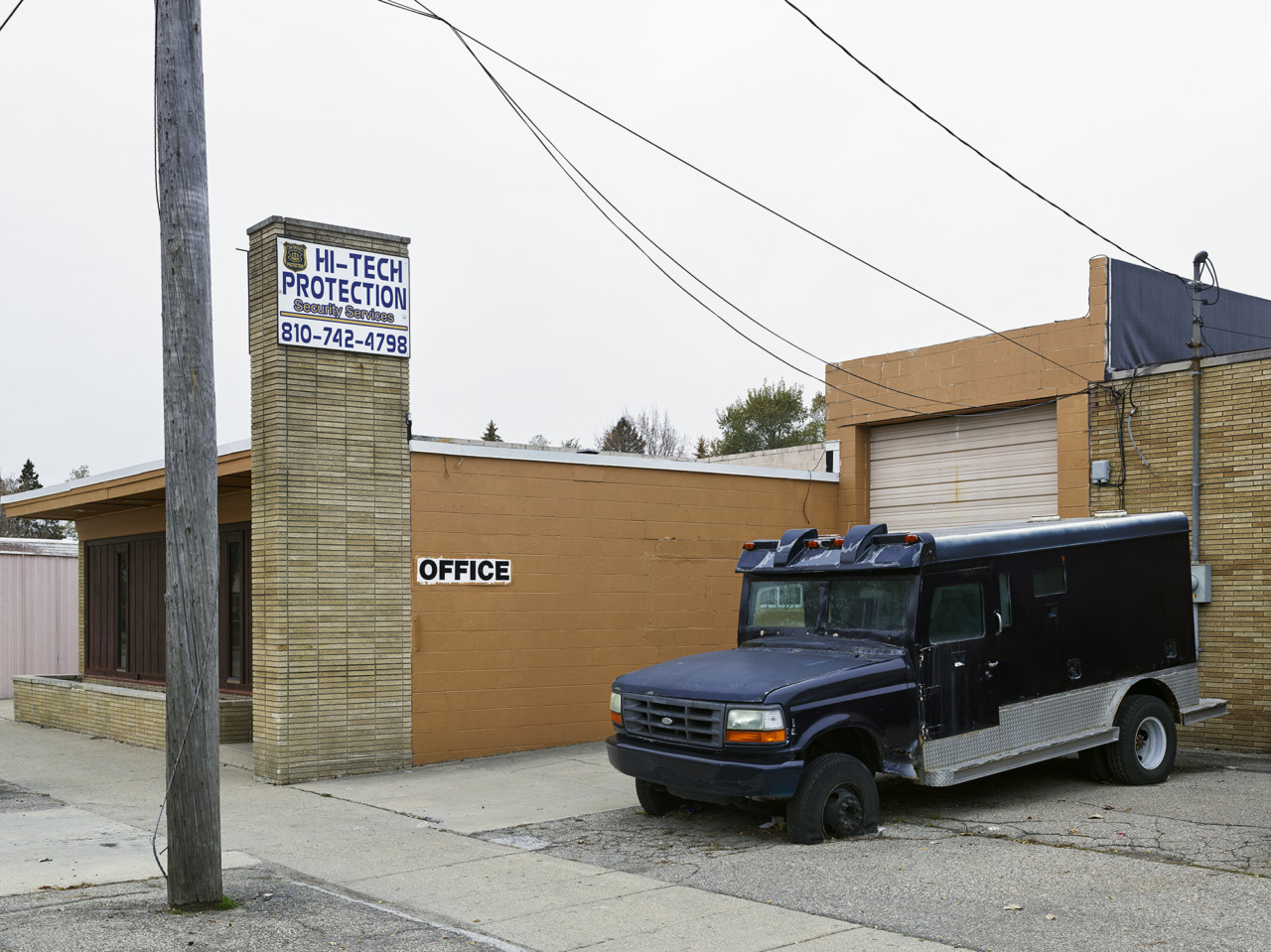 Does America’s changing fortune see your project homing in ever closer to its original premise, or moving away from it? Is the reality of America today further from those cultural ideals it exported to homes like yours in the past, or do you see it’s current state and character as weirdly reminiscent of the tone of things like ‘Men from U.N.C.L.E.’, popular blokey Westerns, and so on?

You’re assuming of course that I knew what the original premise was! Good Morning, America has always been, and will continue to be (until Volume Five is published) a work in progress. I’d always intended for the books to span a decade, but, given all that’s happened in the last year and the time I’ve lost, it’s now likely to last even longer than that. The work was always meant to evolve as my own attitude to America shifted and changed. This is not to say that I want to make the project about me, me, me, but, as the author of the work, and in the knowledge that true objectivity in photography is nigh-on impossible, it’s inevitable that the work will investigate my own relationship to the place.

My position as an outsider, as someone from somewhere else, is of course key to this, but there’s also the ‘so what’ factor to consider. This is something I wrestle with all the time – all photographers, all visual artists, should be asking themselves these difficult questions on a regular basis – but at the end of the day I’m committed to finishing this work and to bring it to some kind of conclusion. Of course the history of America is on-going, so my books can only ever be a response to a specific period of time. 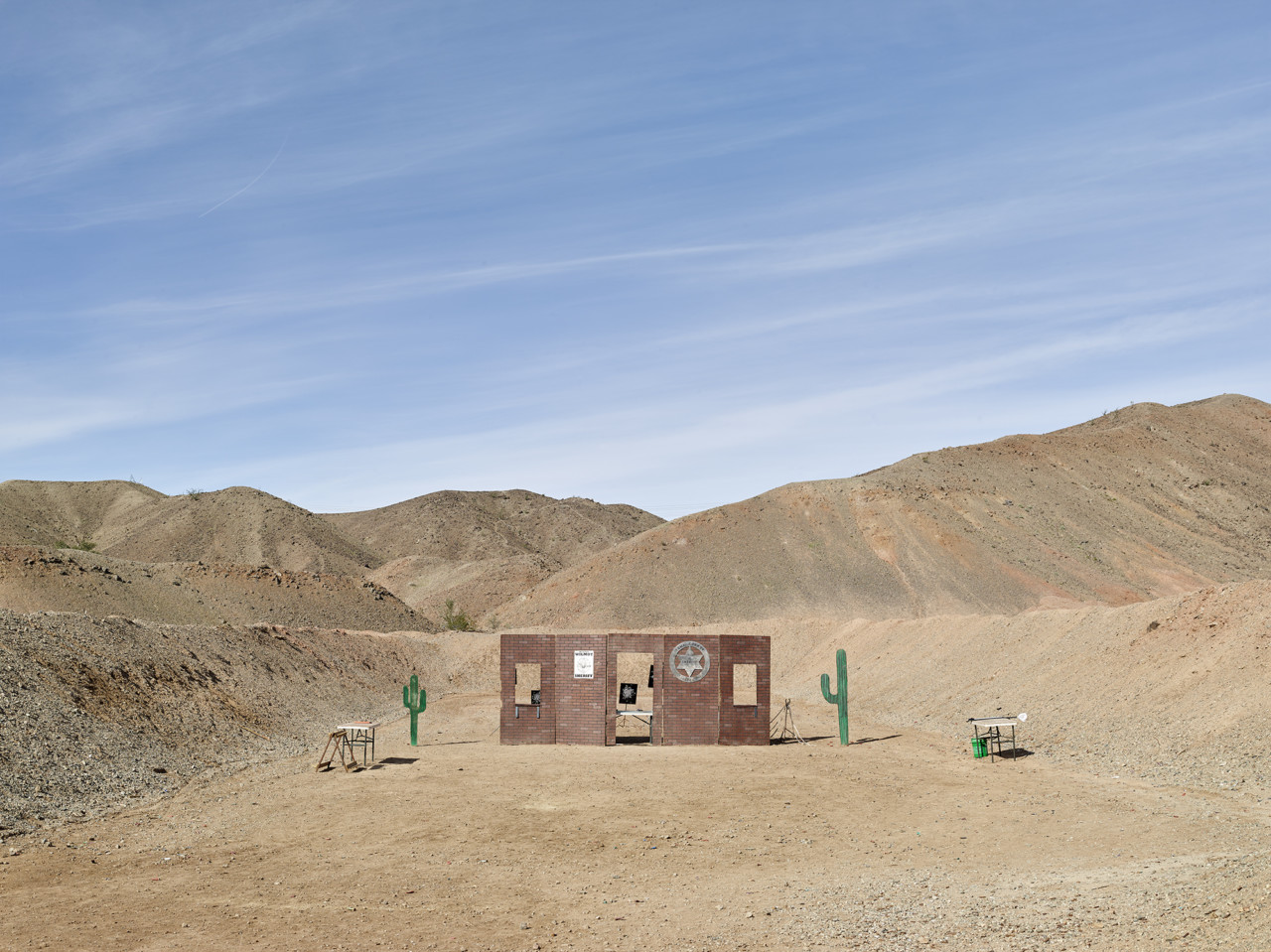 "I’ve never seen myself as a storyteller; it’s not how my mind works when I look at the world. Instead, I tend to revel in visual layers that interact with each other to create a chaotic whole." It is true, certainly, that the driving force behind my initial trips was a search for a fictitious America that was etched in my mind during childhood, particularly as a result of my obsession with westerns. But I feel I’ve moved on, I’ve exorcised all of that by confirming what I knew already… That this really was a version of America that had never existed at all.

While making The Sound of Two Songs over a five-year period in Poland I learned something of the benefits of being an outsider. I travelled back and forth between Poland and home, allowing long periods of reflection between each visit. It seemed as if this distance, both physical and emotional, put me in a better position to undertake a kind of ‘survey’ of the country than a Pole who was living there permanently might have been able to achieve. It’s inevitable that the latter would have a tendency to concentrate more on detail (I mean this in its widest sense, and not literally)… it’s a kind micro/macro argument.

I have been working in this way again, with periods of reflection at home, while making Good Morning, America. My determination to include all 50 states is very much in line with the concept of a survey. I’ve never seen myself as a storyteller; it’s not how my mind works when I look at the world. Instead, I tend to revel in visual layers that interact with each other to create a chaotic whole. My job, I think, is to try to make sense of this chaos, at least from my own point of view. 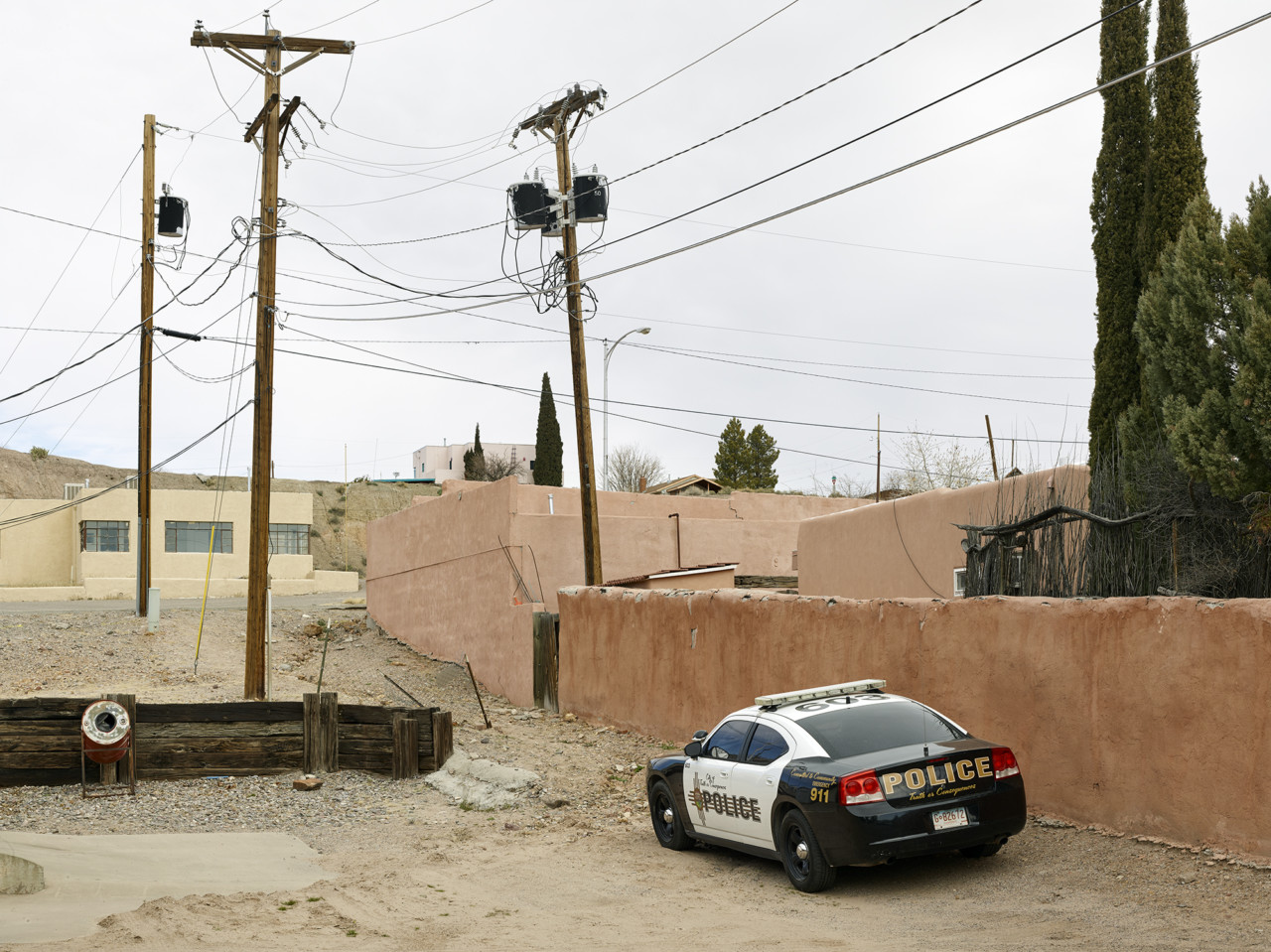 "We’re told, and I think I believe, that the pandemic has made has us kinder, wiser people, but the whole Trumpism movement has divided the US to such a dreadful extent that it seems to have engendered, as a result, a more distrustful society." 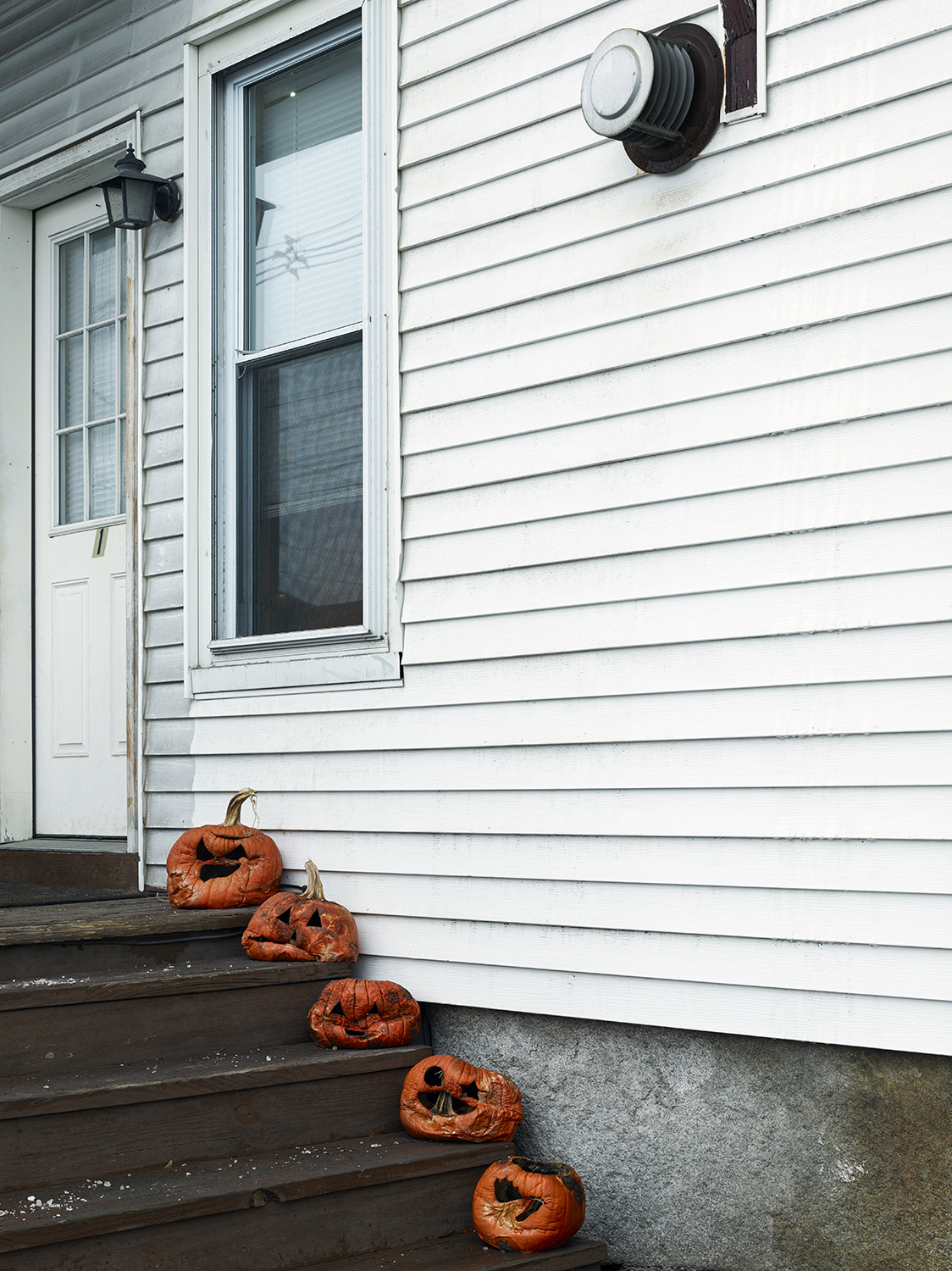 How have national and global shifts changed how you approach editing this chapter of the project, compared, say, to plans you had when you released Volume One? Have you included older images that have become more relevant over time?

I’d always planned to include, in each of the five books, pictures going way back to the beginning of the project. Not only does this constantly remind the viewer that the meaning of pictures evolves and changes over time (and will continue to do so), but it’s also a fall-back strategy: a picture which doesn’t fit into a particular edit might well be absolutely right in a later book. Although, that said, it’s inevitable that many decent pictures simply won’t make the cut in any of the books. I’m reconciled to this however; this series isn’t meant to celebrate single pictures but instead it’s more about the entire 300-400 that will eventually fill the pages of all five volumes. 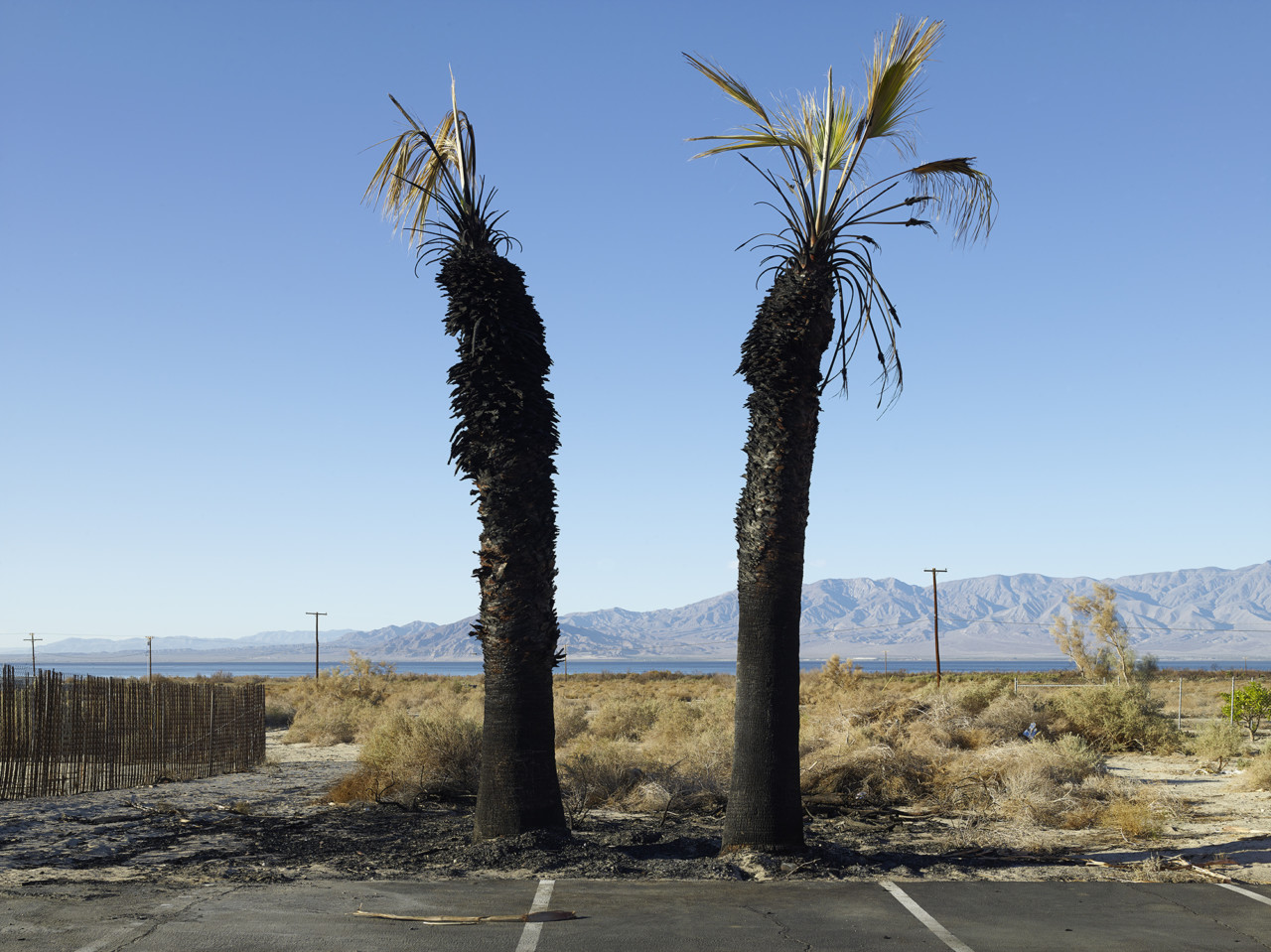 Have you – over the years – felt a change in how people react to your making images for this project, in the immediate sense? I know you have said before that the way you photograph leads to scant interactions, but from the few that do occur is there a changing mood you discern?

Not really. Generally speaking the people I meet on the road, particularly while I’m working, tend to be more interested in the strange looking camera I’m using than in what I’m doing and why (it never ceases to amaze me how rarely I get asked those questions). I’ve had one or two incidences when I’ve not had a particularly warm welcome, but these have thankfully been very rare. Again, I’ll be interested – when I return – to see if attitudes have changed in the wake of recent events. We’re told, and I think I believe, that the pandemic has made has us kinder, wiser people, but the whole Trumpism movement has divided the US to such a dreadful extent that it seems to have engendered, as a result, a more distrustful society. I was beginning to see the effects of this during my most recent trips; maybe I was imagining it, but people just didn’t seem quite as friendly anymore. 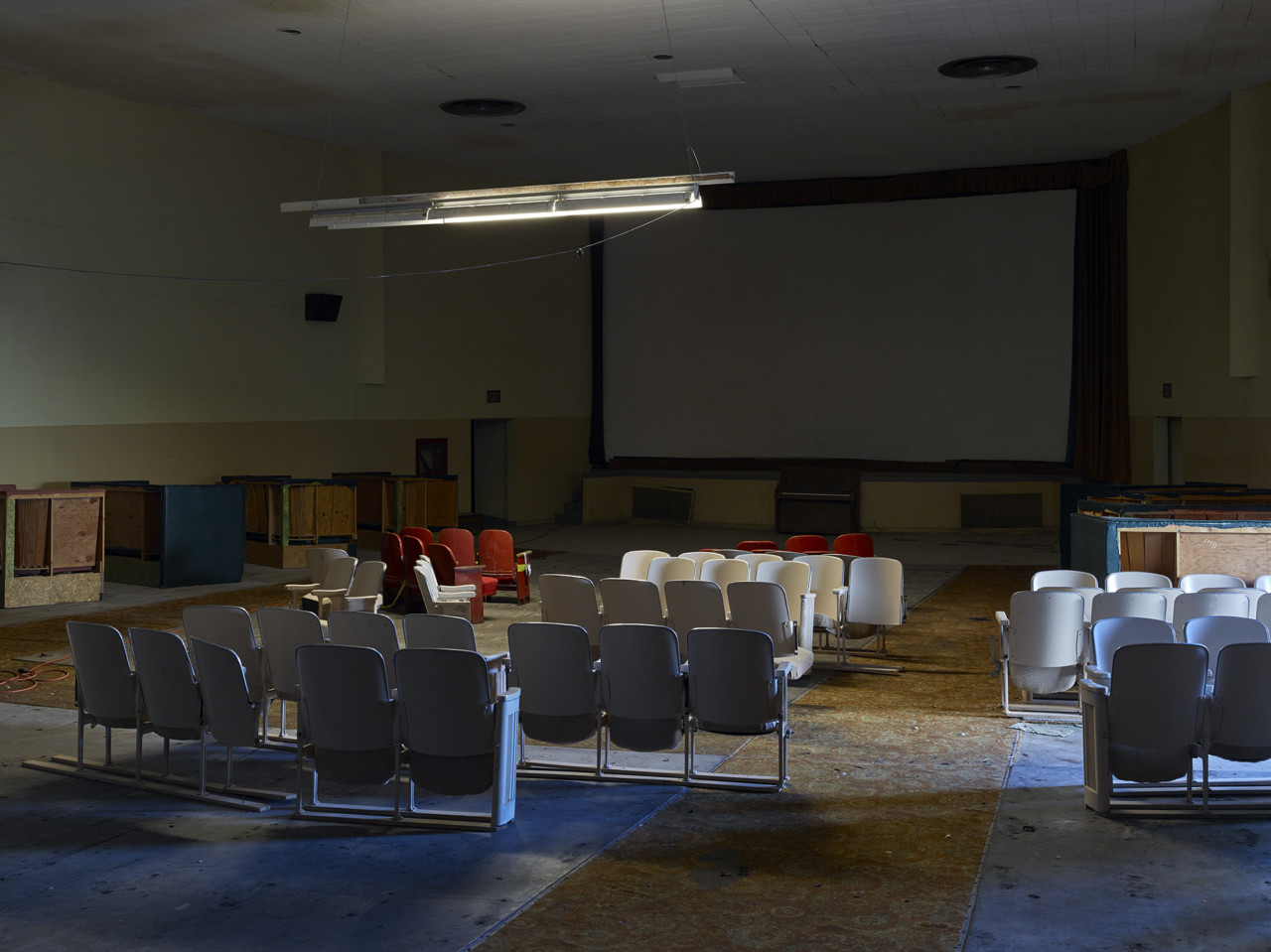 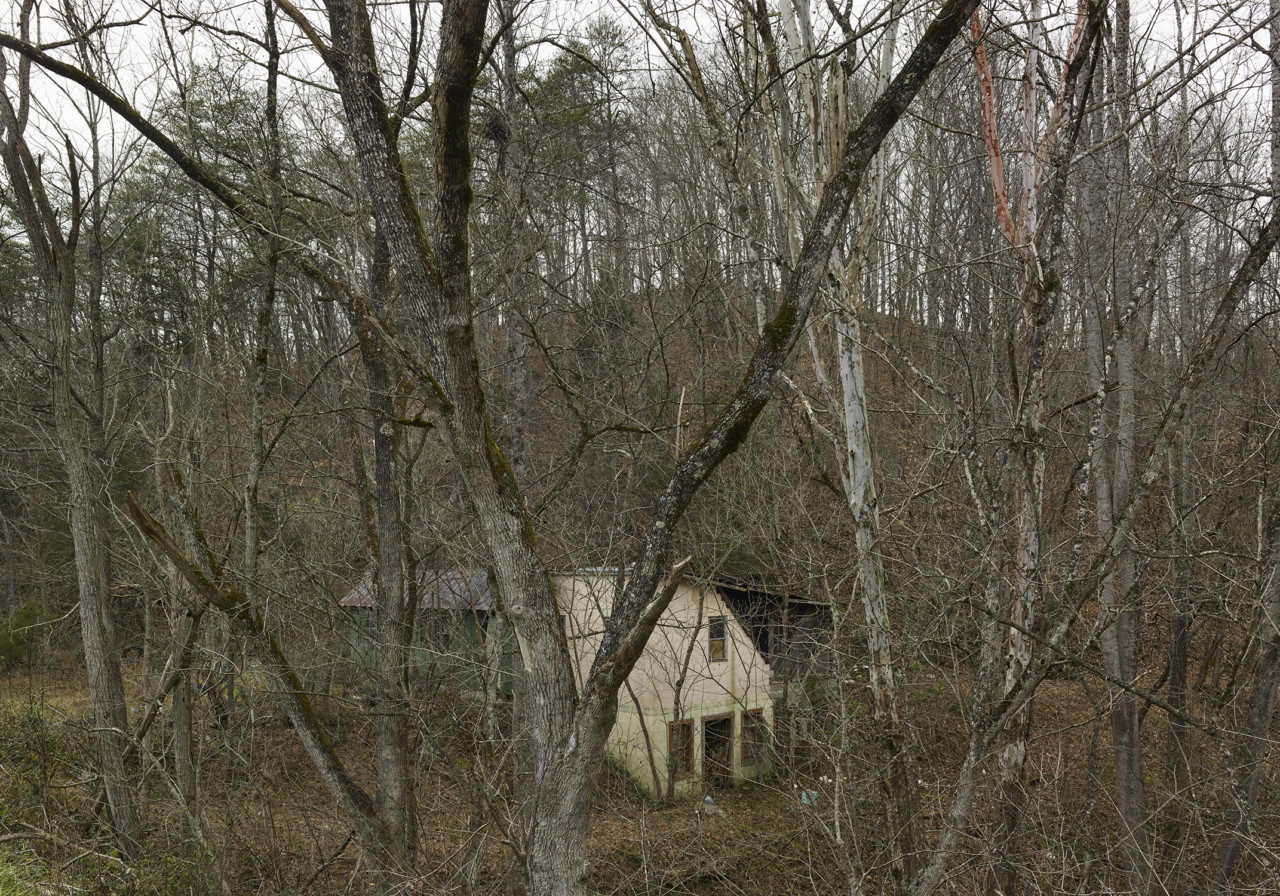 Have you felt reception of the work change? Do people read Volume Three markedly differently to how they might have read Volume One, for example? Are people superimposing angles onto the work that you didn’t expect, and if so – is that something you are happy about and welcome?

Volume Three hasn’t been out around for long enough to get much feedback. But unless my short text at the end of the book (which details the timeline and what the book doesn’t contain) is read it’s inevitably going to be read in the light of recent events. I did have long conversations with Stuart Smith at GOST questioning the perspicacity of publishing a book which contains no direct references to either Covid or BLM, but in the end we decided to go to press. The jury is out on whether we made the right move, or not… but there is always Volume Four…

To what extent do you feel you ‘know’ America now, and what are you still curious, excited, or anxious to find out?

I would never be presumptuous enough to claim that I know America. This whole adventure has always been, and will continue to be, a journey of discovery. It’s been a long time coming; while moving studios recently I found a map of the USA I’d bought in the late 1970s. It had been pinned to my wall while I was an art student, so even then, 40 years ago, I’d dreamed of discovering the country. Finally, in my 50s and 60s, I’m able to do it. 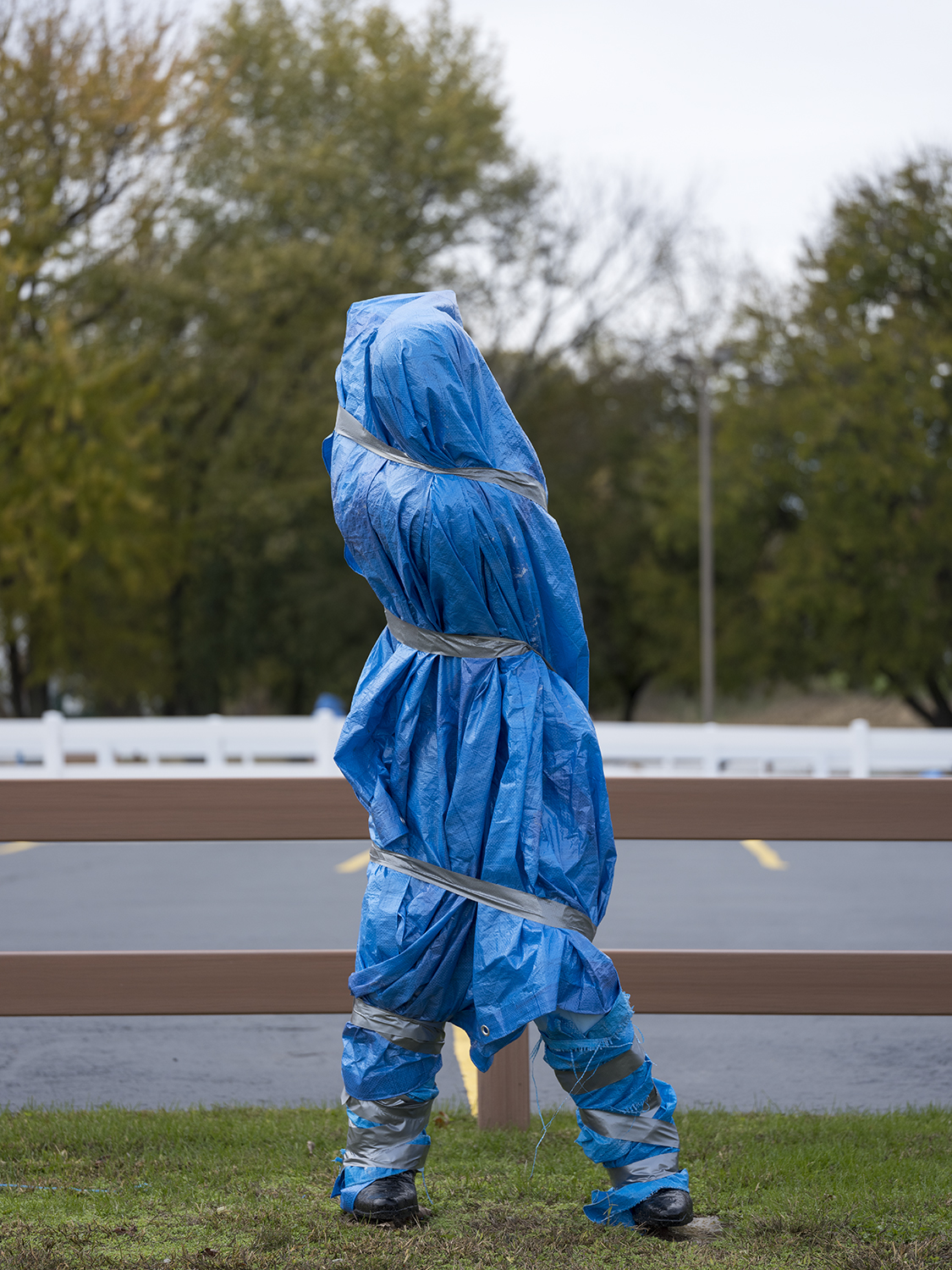