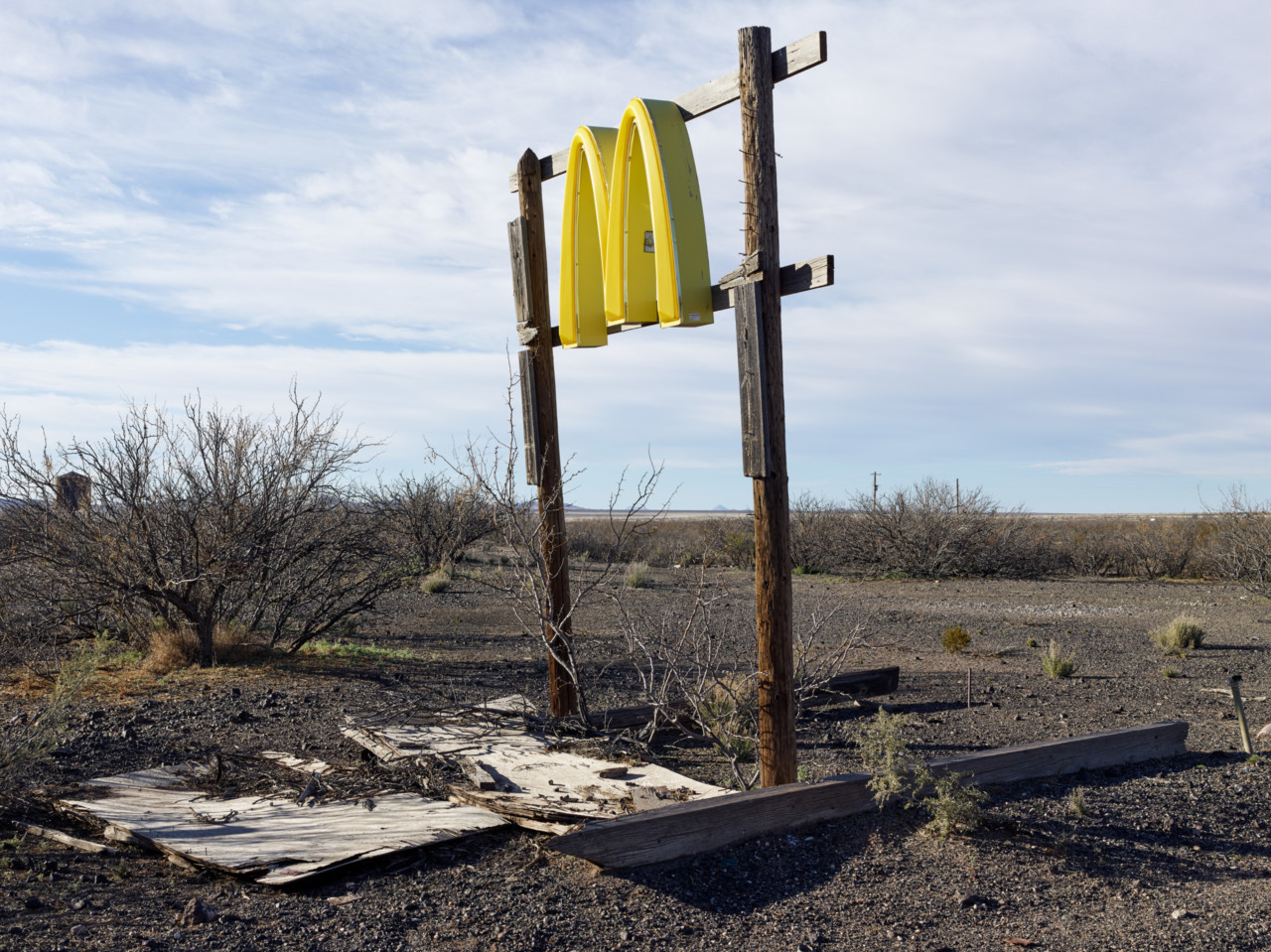 The first two in the five-book series of Mark Power’s Good Morning, America project, discussed below, are available here.

“A man went looking for America. And couldn’t find it anywhere…” ran the tagline on the posters for Easy Rider. Originally, a countercultural riposte to the mainstream American Dream, the film soon became absorbed into the world of Americana; its more troubling thought-provoking aspects overlooked as it became the archetypal road trip movie, synonymous with the exceptionalist idea of America as a place of frontier freedom and possibility.

The tagline came to mind while listening to Mark Power discuss his ongoing series Good Morning, America (2012-) with Dr Yasufumi Nakamori, senior curator of international art (photography) at London’s Tate Modern, in February. Collected in the first two volumes of a five-book series, Good Morning, America is a compelling, unflinching yet meditative examination of the country, far beyond the image it projects to the world. Growing up in a relatively monochrome Britain, Power has set out to see if he can find the technicolour America promised in his youth via television, films, music and advertising. What he finds, and how he finds it, is much more complex, troubling and revealing than he expected. "I’m trying to avoid subjects we might loosely call Americana. What I’m looking for is more subtle. They are the subjects that reveal themselves through the slowness of walking"

Keen to emphasise that he follows in, and is indebted to, a tradition of outsider photography-explorers of the U.S., Power’s journey is an unconventional one. Driving around America by car, he regularly pulls up and sets off on foot with his camera, “Almost all my best pictures have been made during long and often exhausting walks. Occasionally I’ll see something that looks interesting at the side of the road as I drive past, but these things tend to be very obvious; they shout too loudly. I’m trying to avoid subjects we might loosely call Americana. What I’m looking for is more subtle. These are the subjects that reveal themselves through the slowness of walking.” Dr Nakamori perceptively focuses in on the photographer as a pedestrian, given that pacing is crucial to the power of his work, which is contemplative yet incisive. There is a sensitivity even to the most impactful of his scenes of decay and decline. 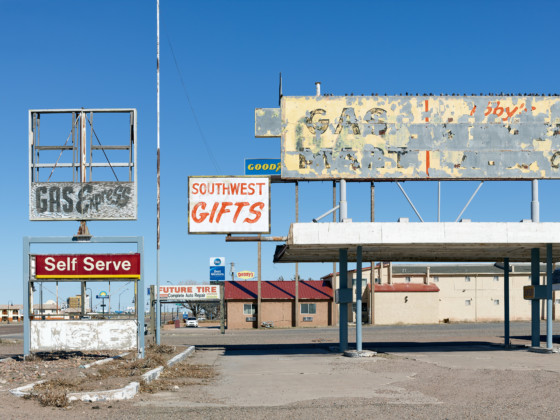 Acknowledging that America is as much a wishful idea as a single coherent place, Good Morning, America gazes behind the façade. Power manages to do so by continually avoiding the obvious. Initially, this means bypassing the affluent, aspirational imagery projected by the entertainment industry, “I don’t photograph these motifs, because there’s enough of that type of imagery already out there.” Yet it also requires not falling into cliché in the opposite direction, as he replies to Nakamori’s questions regarding the obscurity of his locations, “I was, at least initially, looking forward to going to the Rustbelt, a post-industrial area largely in decline. But now I tend to prefer more rural states with huge distances between towns. There’s something magical about that kind of landscape. I like the idea of having to work harder to find pictures. In the Rustbelt, potential pictures were metaphorically banging me on the head and, in the end, I realised I was starting to repeat myself. It was so difficult to do the place justice and, all too often, I felt as if I were failing. By contrast, the rural pictures feel somehow more ‘real’ to me.” 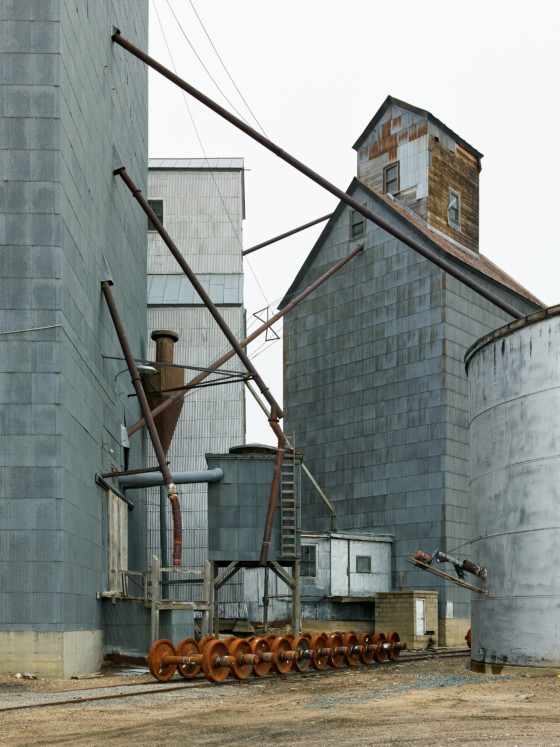 Another obstacle to navigate is the anxiety of influence but Power has found the passage of time helps, “The great thing about being a documentary photographer is that the world is always changing. Even if I might want to make work like Walker Evans, I can’t because I’m not working in the 1930s. On the other hand, I’m constantly referencing the great pantheon of photographers who have similarly travelled through America. It’s a little game I’m playing with myself.” Nakamori notes that Power is not just a photographer but a teacher, historian and a collector of photography – and especially photography books – and there is a sense of collecting to Good Morning, America. “When I look at the American landscape through the ground glass of my camera, I can see those who came before me – there’s a Stephen Shore, there’s a Lewis Baltz, there’s a Robert Adams – the list goes on. So, I can do one of two things – I can either turn away thinking ‘what’s the point?’ or I can embrace it. There are two or three examples where I’ve made photographs of a building in the way I think Walker Evans might have done. Then it might well have been new, but now that same building is falling into decay, as if I’m witnessing history in reverse.” The result is not the work of a curator but rather an idiosyncratic creative documentary photographer in whose work we can detect not merely influences but echoes. 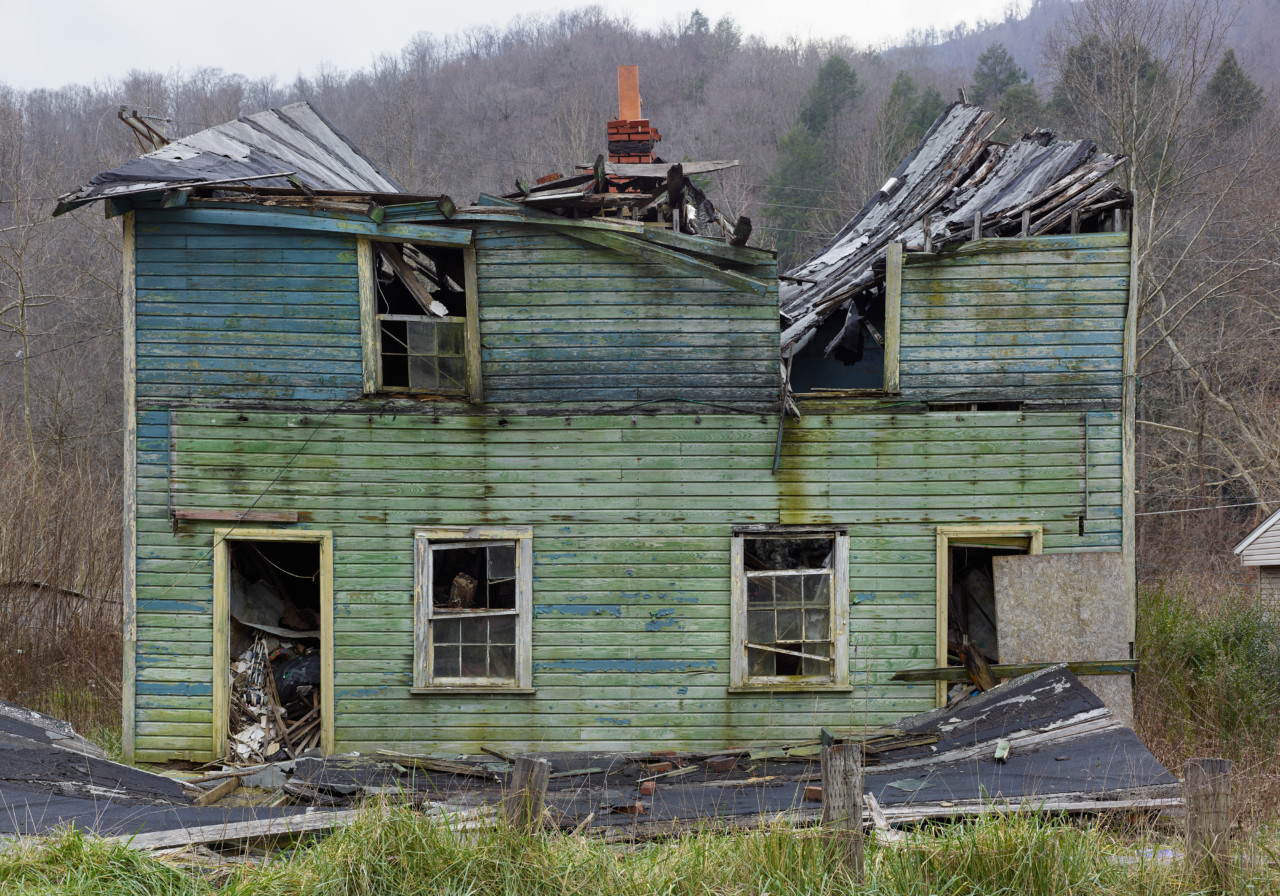 "America isn’t like I imagined it to be as a child. The America we all imagine is, let’s face it, a construct" Power’s Shipping Forecast series, made around the sea areas of the enigmatic and poetic BBC radio institution between 1992 and 1996, was a groundbreaking body of work which touched a nerve with the British public, selling an astonishing 10,000 copies, unprecedented for a largely unknown photographer, as he was then. Growing up in landlocked Leicester, the radio broadcast conjured up a similar dreamlike fascination. As with Good Morning, America, Power set off “to see if the imaginary landscapes that had developed in my head as a child actually existed. My fascination with myth and reality, truth and fiction, began with The Shipping Forecast. The American work is very much a continuation of that. Images born in childhood can be quite profound; I search to see if they’re true but of course they’re not. I don’t want to sound pretentious but within that space where myth and reality meet, something happens. The best work seems to come at that point, when there is a clash between what I’m expecting to find and what is actually there.” 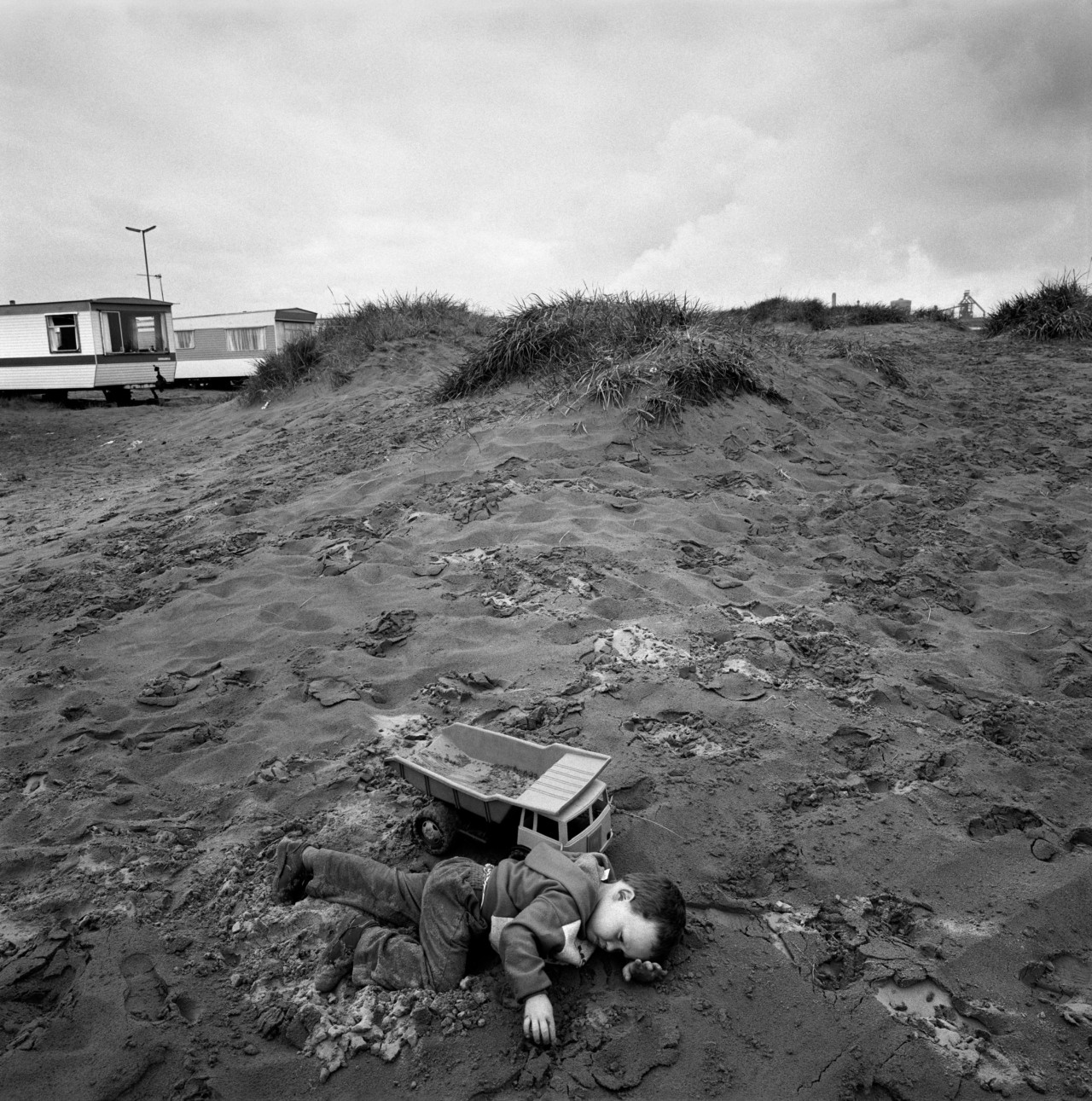 "My fascination with myth and reality, truth and fiction, began with The Shipping Forecast. The American work is very much a continuation of that..." 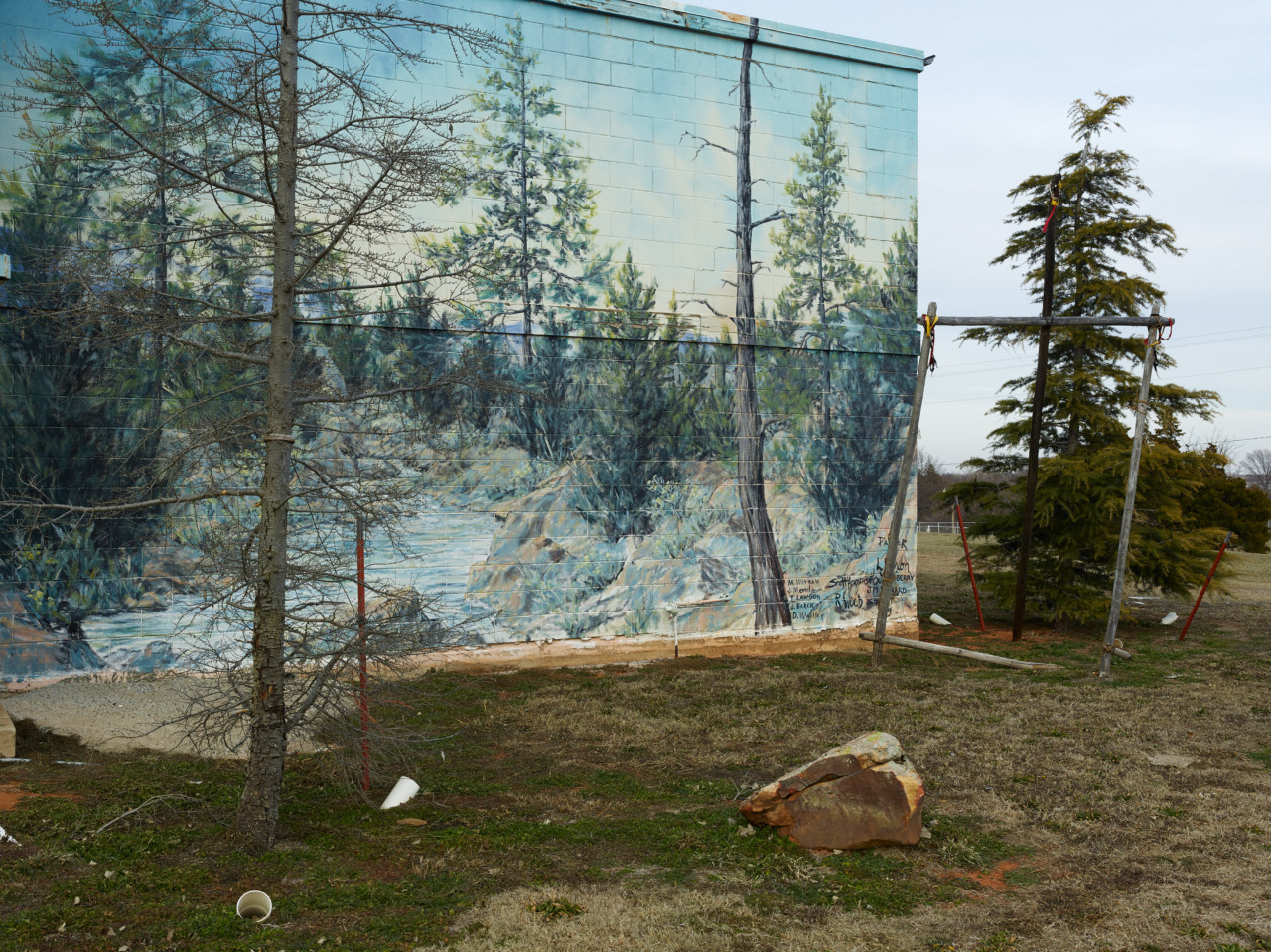 Nevertheless, Power recalls receiving an irate letter from one reader who claimed the photographer had “destroyed [his] radio dreams.” It’s a sentiment that overlooks the beauty inherent in Power’s honesty, yet it’s also a view that Power can empathise with, “It’s difficult to say I know exactly what I’m looking for [in America]. It’s more of a feeling I suppose, a kind of atmosphere. What I’m experiencing there is a series of disappointments because it’s not as I’d thought it would be. But that’s exactly my strategy, of course. America isn’t like I imagined it to be as a child. The America we all imagine is, let’s face it, a construct.” He notes, with a smile, “In effect, I’m destroying my childhood imagination,” adding, “I might write myself an irate letter.” 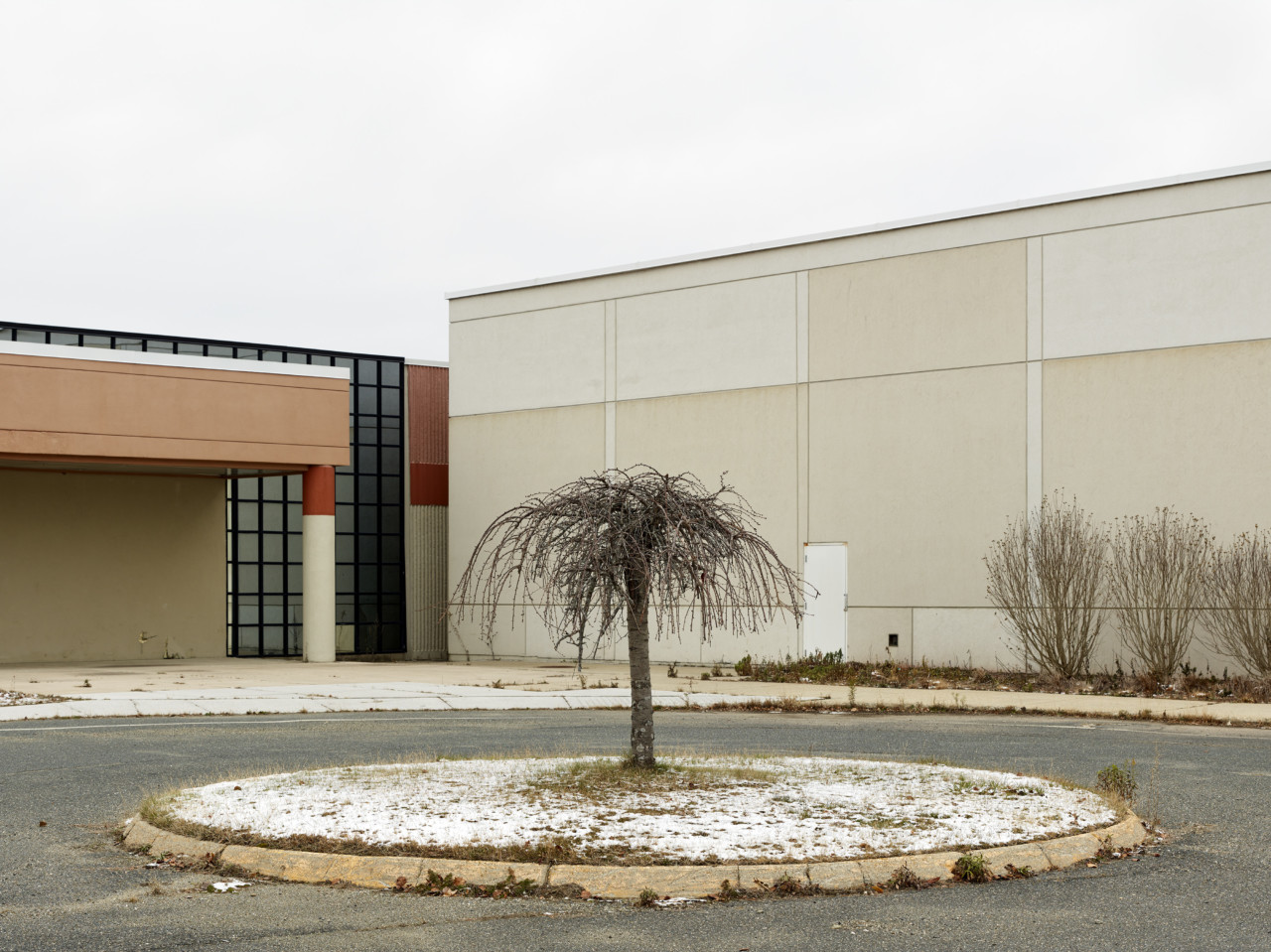 "From his work in remote Miyazaki, in the far south of Japan, he learned not to worry about being an outsider and “just make the best work I could.” From 26 Different Endings... he learned that he preferred less-constrained approaches" 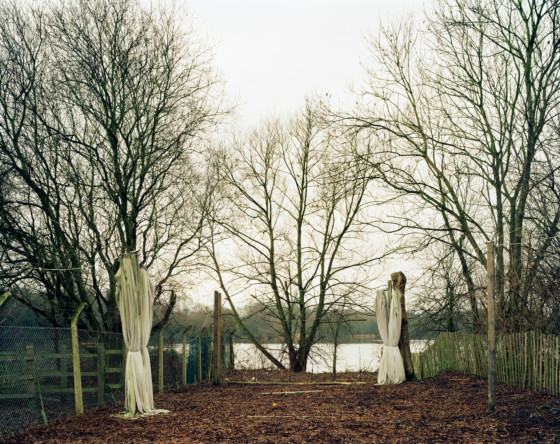 If Good Morning, America is a continuation and culmination of the themes of Power’s earlier work, it is also partly an escape from their more restrictive elements. After the relentless energy of The Shipping Forecast, Power learned that he preferred a slower way of working. From his work in remote Miyazaki, in the far south of Japan, he learned not to worry about being an outsider and “just make the best work I could.” From 26 Different Endings (2004-2006), his study of the landscapes that fell off the edge of the A-Z London Street Atlas, he learned that he preferred less-constrained approaches, “I discovered I’m a photographer who really likes to have an open brief, where I feel that I can photograph anything. I’m not someone who sits at home making lists of subjects before going out to find them as a butterfly collector might. I have enormous respect for those who do work like that, but my brain doesn’t function in that way. I feel [with Good Morning, America] I have the ability to throw myself into a place and respond to it reasonably successfully.” 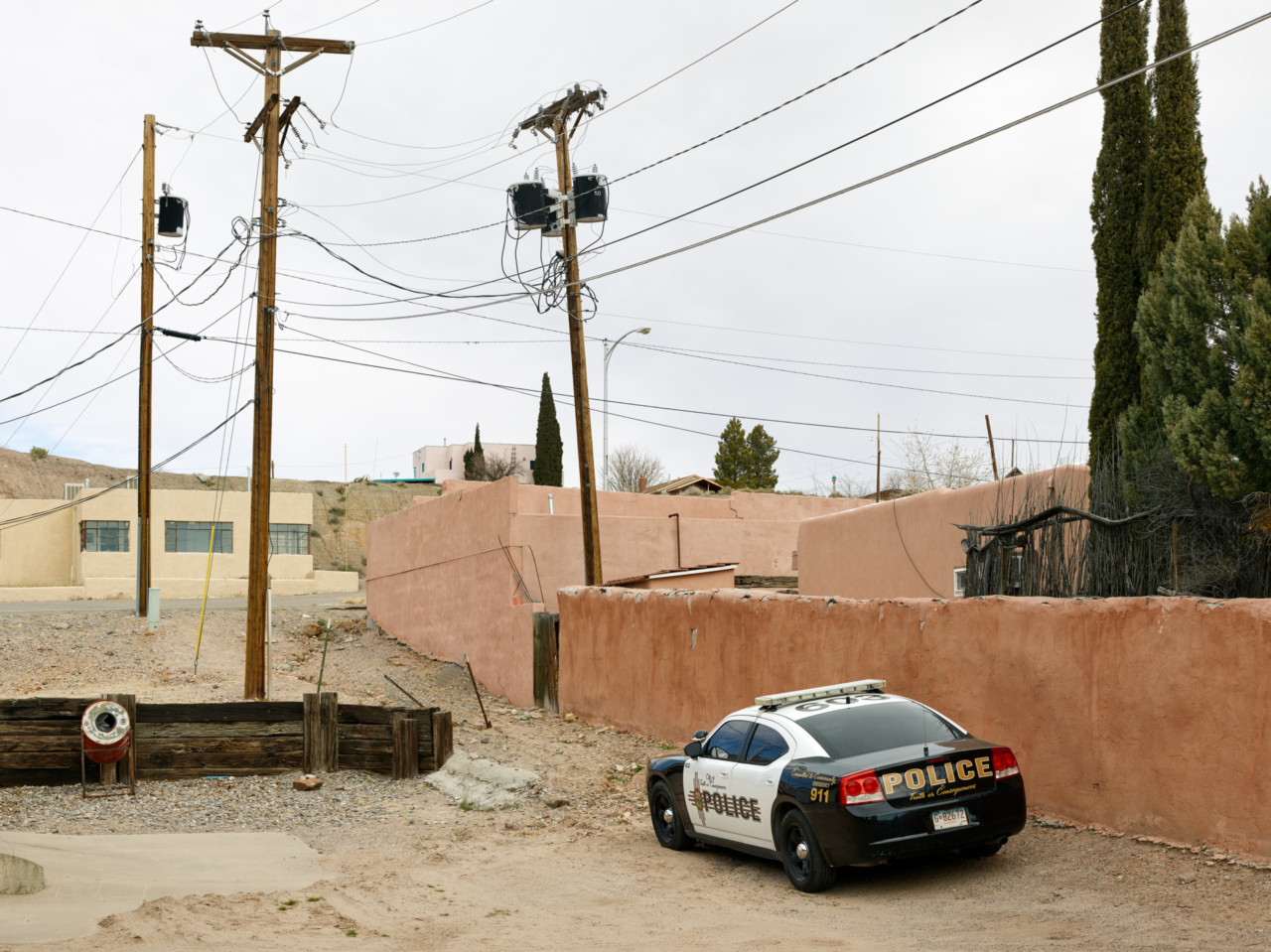 Throughout Power’s American photographs, there is a sense of desolation, even disconnection. Nakamori compares Power’s work to Alec Soth’s Sleeping by the Mississippi (2004) but notes, in comparison, that Power doesn’t seem to be searching for something uplifting in the decline. Power recalls walking around countless small towns in the middle of nowhere, and noted the accuracy of an observation made by ‘Rust’ Cohle in the television series True Detective: “This place looks like someone’s memory of a town”, and, added Power, “that memory is fading.” Power places importance on the fact that he is an observer from elsewhere. This is a quality that manifests in his working practice; he rejects the ‘aggressive’ nature of handheld photography and has a strategy of often taking pictures from far away, “Most of the work is made from a discreet distance which reinforces the sense that I’m from somewhere else, the idea that I’m looking at the place through a series of layers.” "I think it’s a very fine line photographing things that are in decline, but beautifully. I don’t want to make a project that aestheticizes poverty and decline; it’s an issue I’m constantly aware of"

Yet his work, with its dark humor, lightness of touch and innate sympathy, suggests there are still fragments of the America that Power dreamt of as a boy, somewhere in the wreckage. He notes his excitement at driving through the kind of landscapes he marvelled at in the Westerns of his youth and acknowledges a desolate splendour throughout his photographs while at the same time voicing caution, “I think it’s a very fine line photographing things that are in decline, but beautifully. I don’t want to make a project that aestheticizes poverty and decline; it’s an issue I’m constantly aware of. I’m reminded of Don McCullin who once replied, when accused of taking beautiful pictures of war, “What do you want me to do? Take bad pictures?” 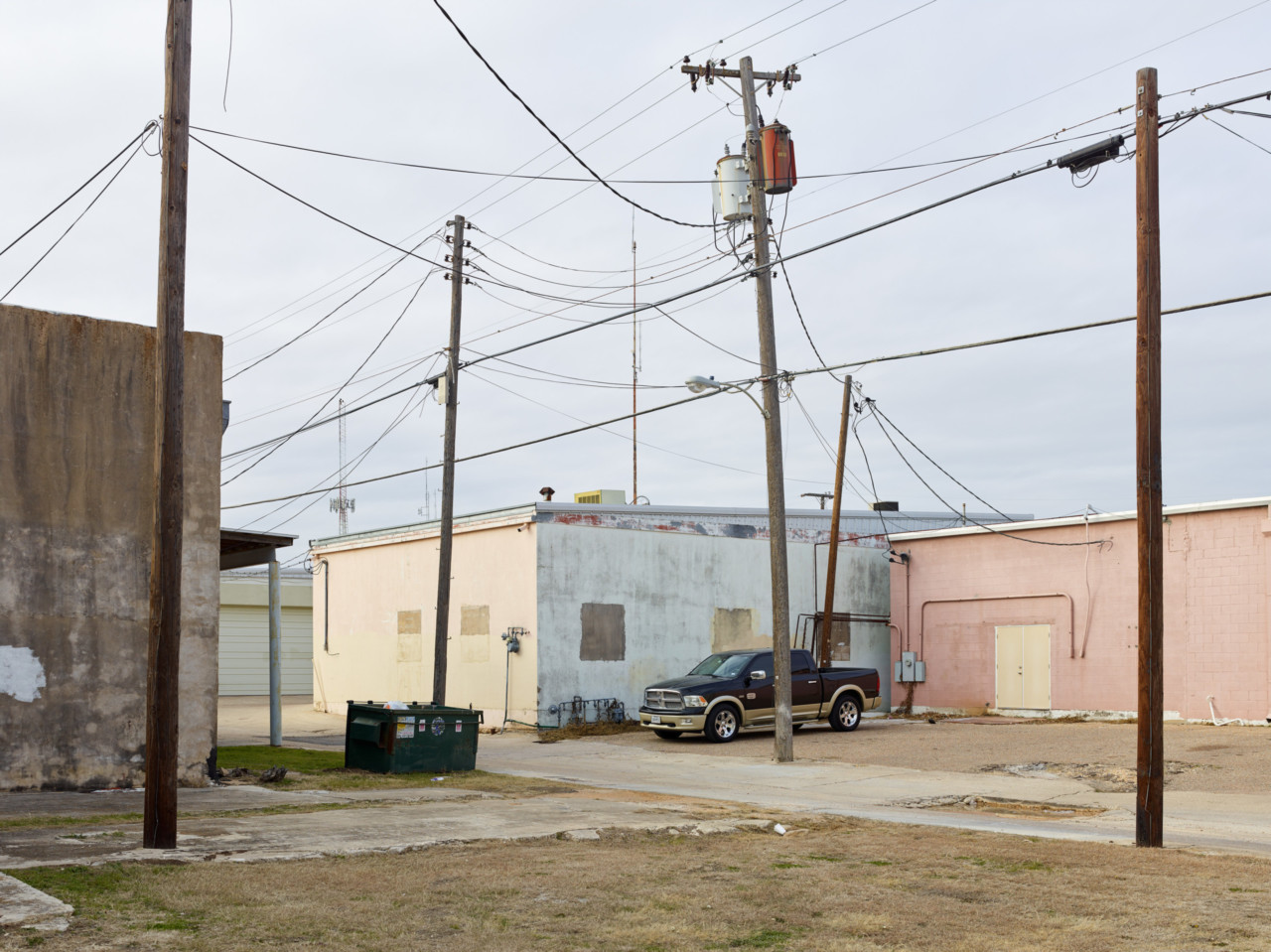 "I feel like I’m putting together an enormous jigsaw, but without being able to see the picture the individual pieces will finally make"

In the end, what makes Good Morning America so intriguing and adventurous is its sense of uncertainty, as Power responds to the question of ‘How will you know when the project is coming to an end?’

“I feel like I’m putting together an enormous jigsaw, but without being able to see the picture the individual pieces will finally make. On the other hand, I think I know what the last picture of the fifth and final book will be, because I’ve got that in the bag already. I’m not worried about this, however; actually I’m excited by the prospect. Part of the energy of the project is that it doesn’t make sense yet and quite possibly never will.” It may well be that, as the poster for Easy Rider claims, the mythic America is nowhere to be found but Good Morning, America already proves there are many other Americas out there, all the more deserving of attention.

Images of Solidarity and Community in Times of COVID-19

The Silence: 25 Years Since the Rwandan Genocide