The Shipping Forecast is a British institution. Broadcast four times a day on BBC Radio 4, it splits the waters of Western Europe into 31 sea areas encompassing the UK, from Dover to Southeast Iceland to German Bight. Beyond its practical and still-crucial use to mariners (indeed it can mean the difference between life and death for those at sea) it is also listened to by millions of people who tune in simply to hear the soft, measured cadences of the voices that present it day after day. Poetic and spare, clipped clusters of words conjure up visions of seemingly abstract, far-off places. Wintery Showers. Occasional rain. Good becoming moderate. Mainly fair. There’s a particular comfort in listening to the haunting toll of the forecast; knowing that there are forces far greater than us operating beyond our island’s shores. 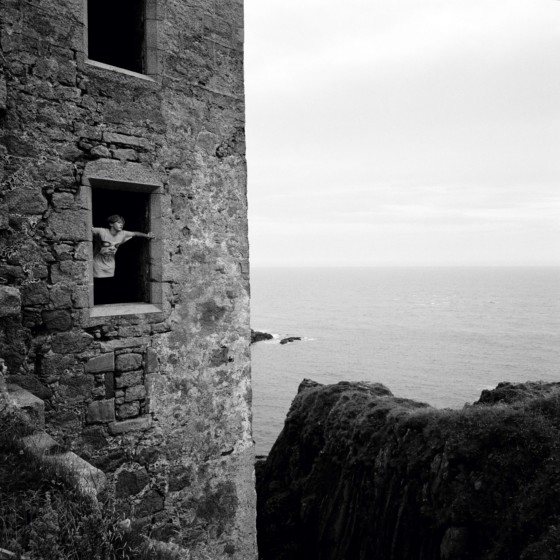 It’s been almost three decades since Mark Power began his seminal project The Shipping Forecast, conceived in response to the esoteric language of the service. Recalling his initial impulses to make the project he says, “While the forecast, or at least our version of it, uses words we understand, the actual meaning of each sentence remains elusive, unless of course your life depends upon it. I was looking for pictures that were visual metaphors for the spoken words… somewhat difficult to understand and not at all self-explanatory, usually because I would intentionally leave out contextual information. Also, the poetic and mantra-like delivery of the broadcast is unashamedly romantic and beautiful, so I tried to make beautiful images as well.” 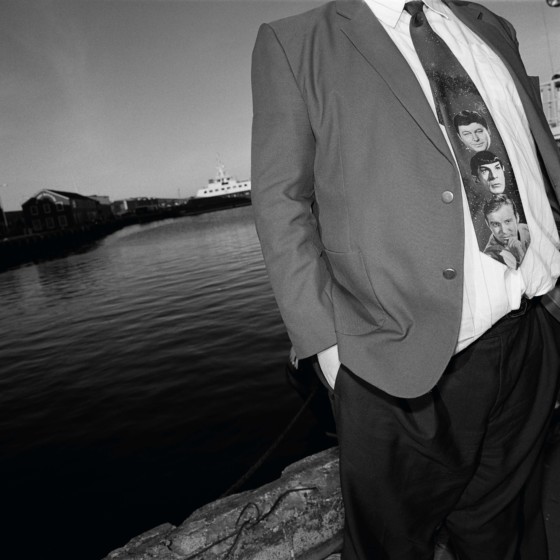 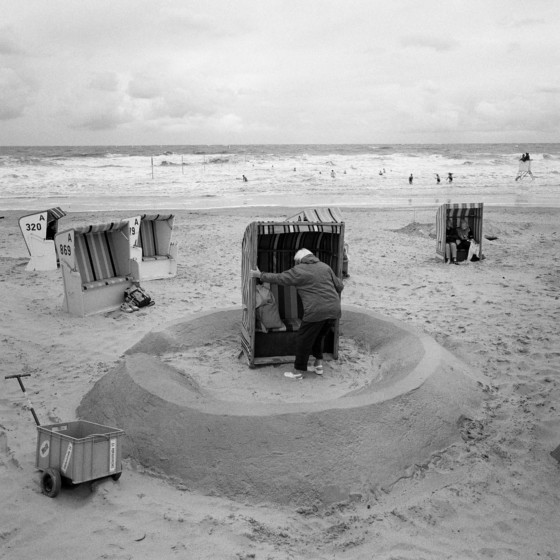 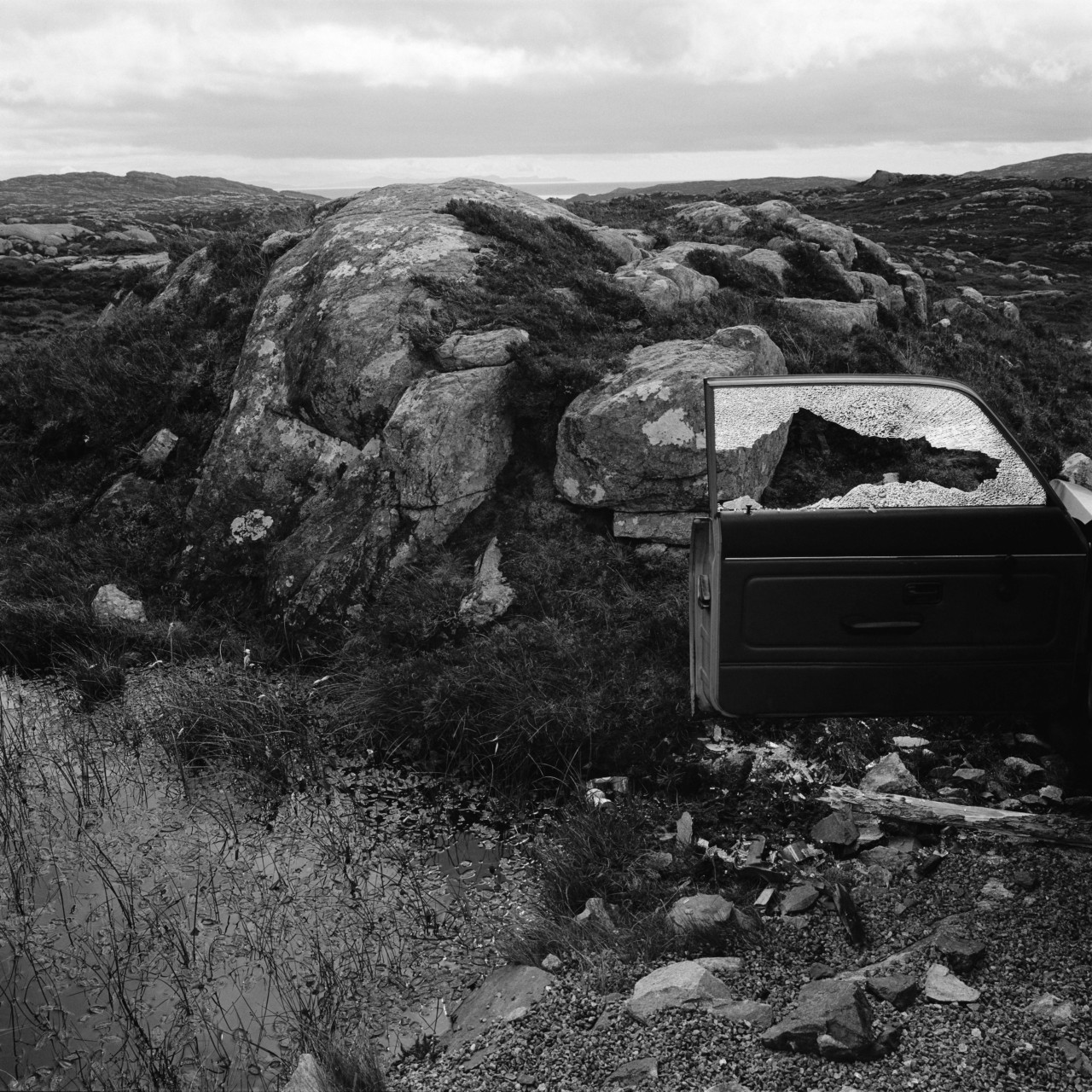 "The project was about those of us – and we are in our millions – who, through the Forecast, experience a reinforced sense of ‘Britishness'." 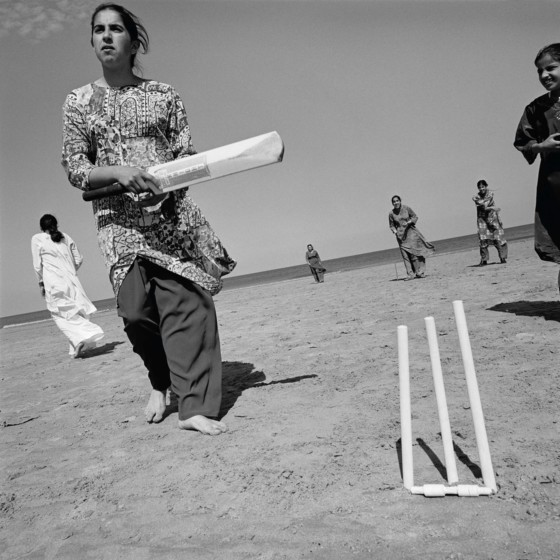 The Shipping Forecast, with its status as a sort of harbinger of what’s ‘out there’, is almost talismanic for safety and protection, and Power’s photographs – black and white, enigmatic and brooding – offer a complementary dichotomy of romance and threat; oscillating between whimsy and foreboding as storm clouds merge above the people he photographs. And it’s people that are the main focus of this project. In a collection of fragmented moments, figures gather together and meander, as if somnambulating, through the frames. With shorelines, horizons and beaches – places tinged with both collective and personal nostalgia – often forming the backdrops to his photographs, the project works as a sort of chronicle of social theatre too. Each image is captioned with the 0600hr forecast on the day they were taken. 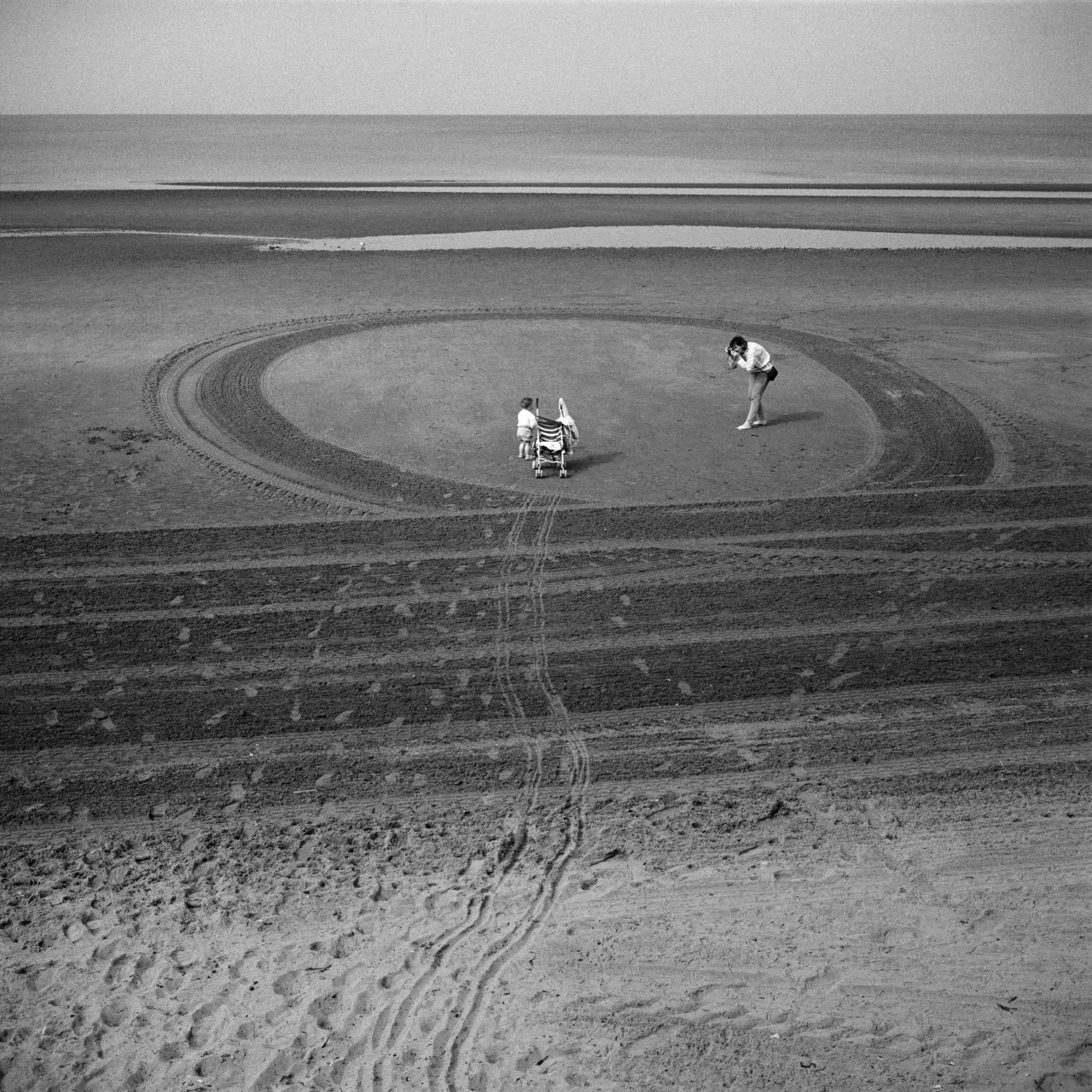 “It’s often said that the best place to listen to the Shipping Forecast, especially the midnight broadcast, is in a cosy bed with wind rattling windows and rain lashing down outside. There’s something deeply romantic about that, imagining those at sea while tucked up safe and warm,” Power muses. “Of course, those of us who live on an island take the sea for granted, and I find it impossible to imagine it otherwise. Yet other countries use the same forecast, albeit in a different language. It may be that the Meteo Marine has the same cultural significance in France… but somehow I doubt it.” It’s those romantic notions of Britain and its island status Power set out to probe. “I was interested only in photographing people like myself – ‘landlubbers’ if you like – and not heroic sailors or fishermen,” he says. “The project was about those of us – and we are in our millions – who, through the Forecast, experience a reinforced sense of ‘Britishness’.” 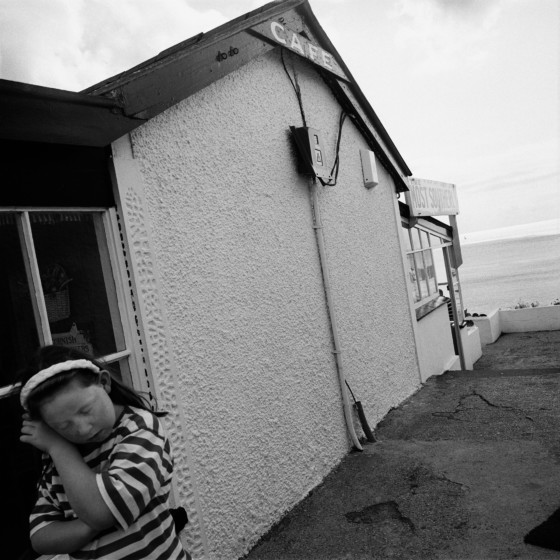 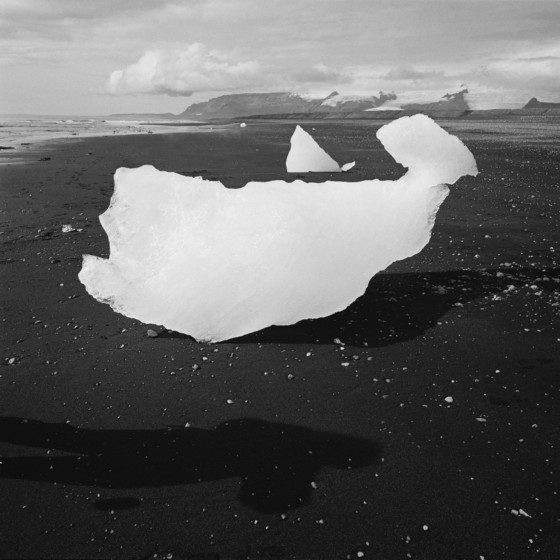 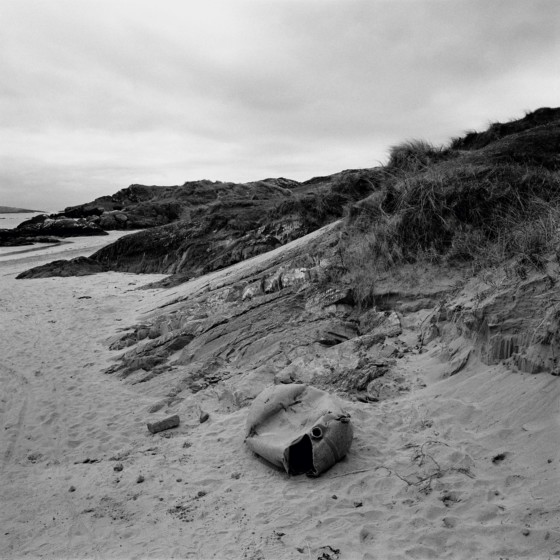 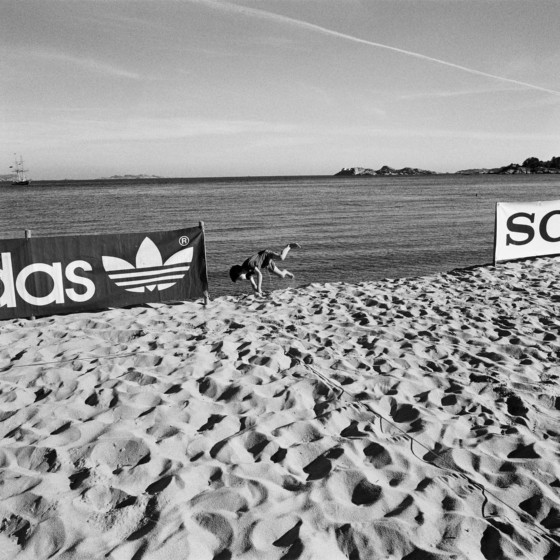 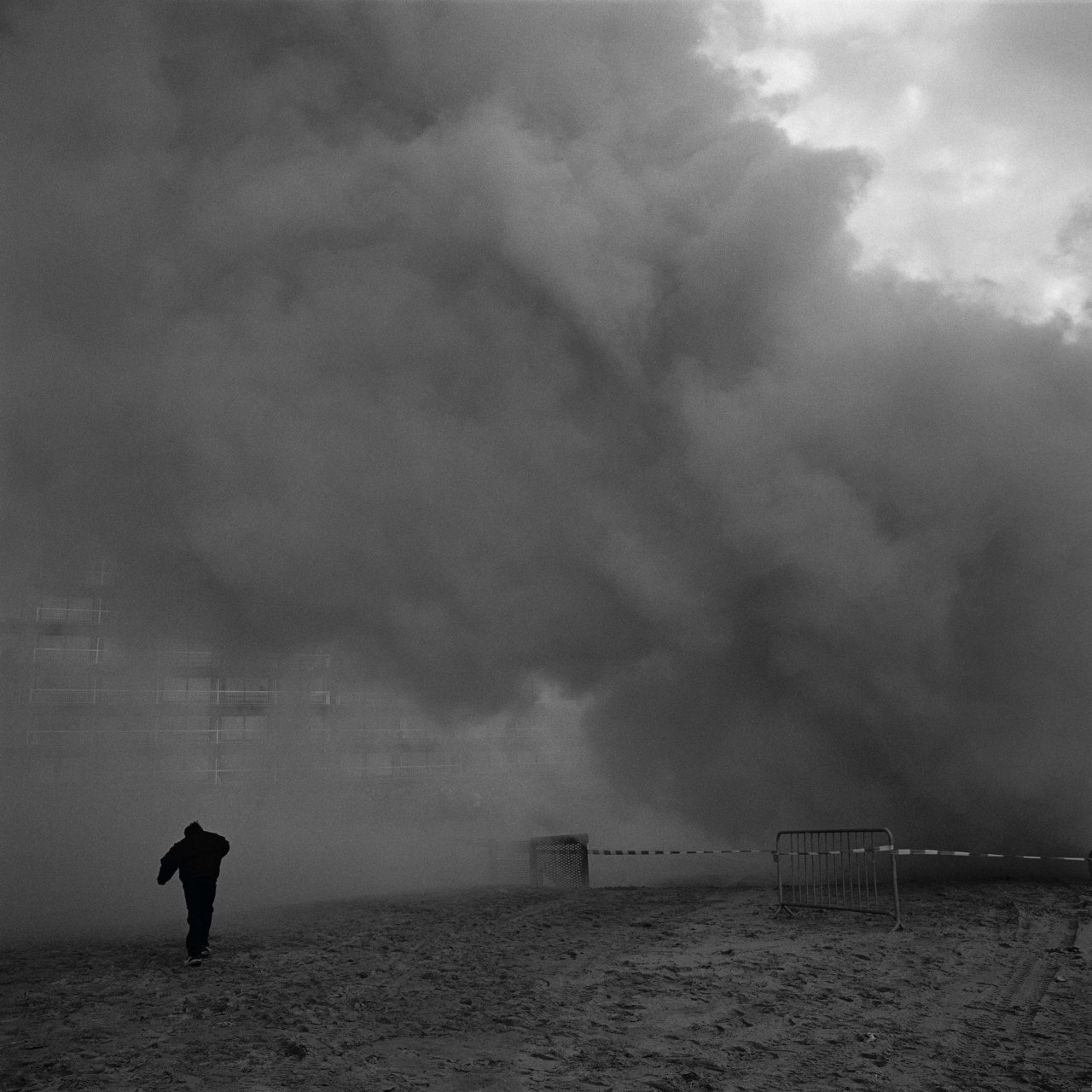 The Shipping Forecast took Power four years to complete, and he travelled to each of the 31 areas. “I’m one of those photographers who tends to work out what I’m doing simply by doing it,” he says. “If I’d really thought through the idea of how I’d reach so many far-flung places I probably wouldn’t have started in the first place. But I’ve never been good at logistics.” He was surviving on little money at the time and the chances of reaching some of the further afield places seemed unlikely. Three years into the project however, he won a prize for European photography from Luxembourg, and his fortunes changed. The irony of receiving the prize from a landlocked country with no coastline, and therefore no Shipping Forecast, was not lost on him. “For them, conceptually, the work would have meant nothing,” he says. Nevertheless, the value of the project was clear, and the $25,000 he won allowed him to finish the project, put something towards his book and produce an exhibition with an intricate sound installation. 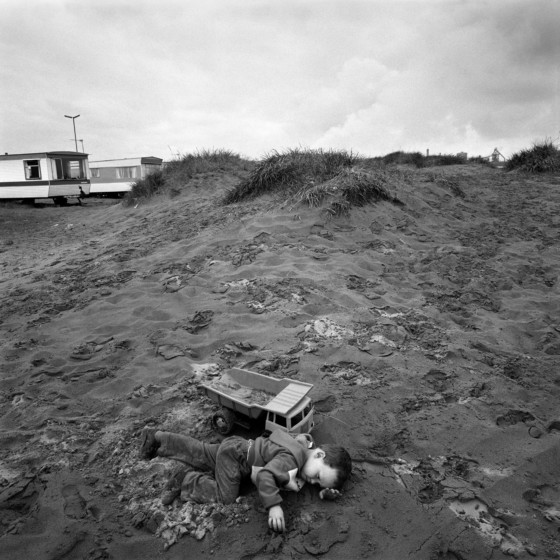 Power’s own image of the Shipping Forecast has changed over the years, and when asked if he would do it differently now he says, “Inevitably, but I can’t say exactly how. My work has evolved since then; it’s quieter and more reflective now. All that action is the work of a younger photographer.” Recently he has been reassessing the work with a view to making a new version of it someday. “There are pictures I made back then that I’m astonished I didn’t include in the book, while there are others I wish I’d left out.” In 2017, Radio 4 celebrated the Forecast’s 150th anniversary, and there’s everything to suggest it’s more popular than ever. Likewise, Power’s images have remained culturally significant all this time too, beloved by people far beyond what he refers to as the “photography ghetto”. That’s something, he says, he remains very proud of.

The Shipping Forecast by Mark Power will be at the Waterfront Gallery, University of Suffolk, Ipswich, UK, May 24, 2018 – June 24, 2018
It is the signature exhibition of the second PhotoEast festival. 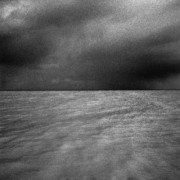