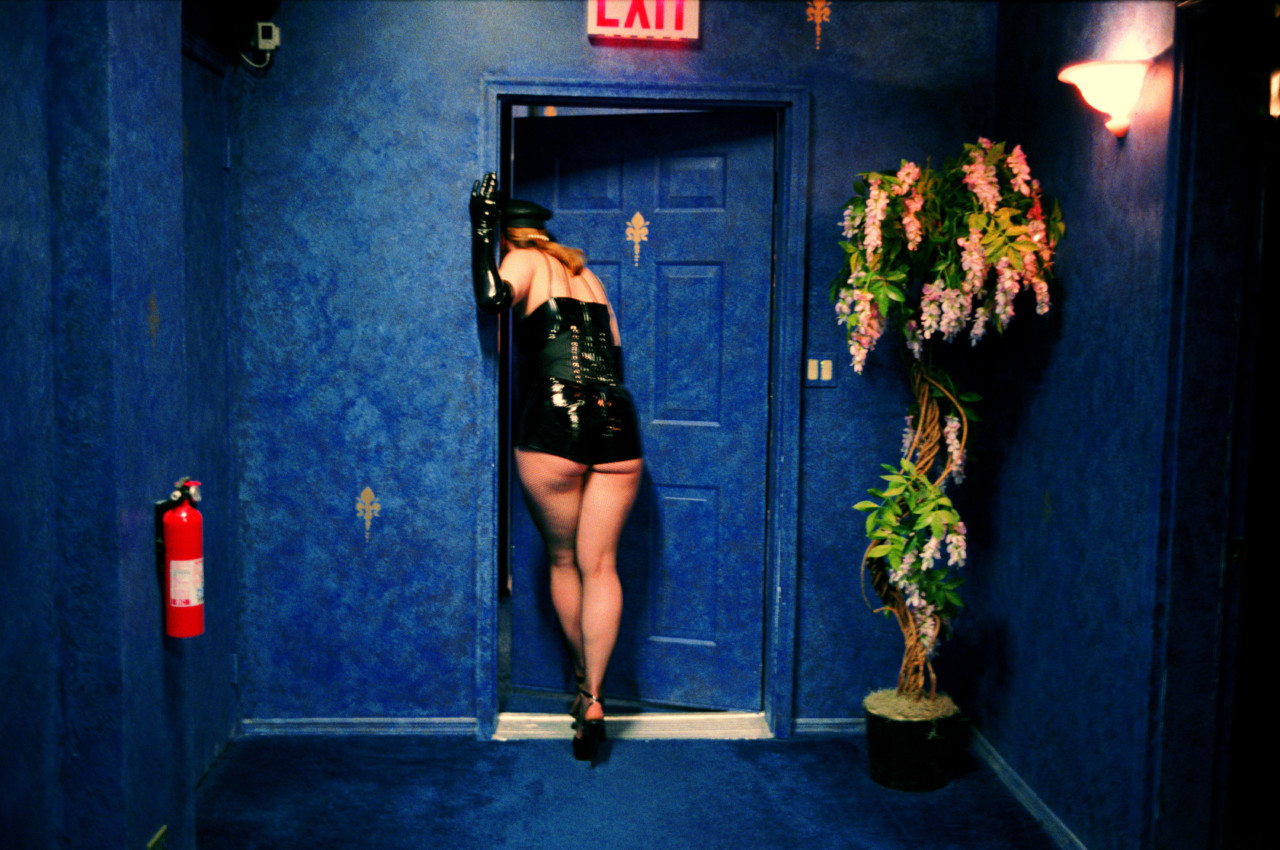 Documenting hidden worlds by collaborating with those who inhabit them has been a central part of Susan Meiselas’s practice from the very beginning. The approach has allowed her to capture scenes where the act of photographing could have easily become voyeuristic. First, at the small circuses and state fairs of 1970s America, where Meiselas was invited into the private dressing rooms of the carnival strippers; and later, in the covert spaces of the elite S&M club Pandora’s Box.

“The subject has to want me to be there for me to feel that I can be there. This was the central space of collaboration, along with an act of reciprocation, that I was trying to discover right from the beginning,” she writes in Susan Meiselas: On the Frontline. While working on her breakthrough project Carnival Strippers during the 1970s, Meiselas was committed to fostering relationships with the women she photographed, ensuring that the work represented their voices and experiences. She captured the dancers performing for all-male audiences and while they relaxed backstage between shows, determined to reveal the complexities of this world as seen by her subjects.

Two decades later, Meiselas would be invited to explore another hidden world, where sex, secrecy and power dynamics would all come into play once more. 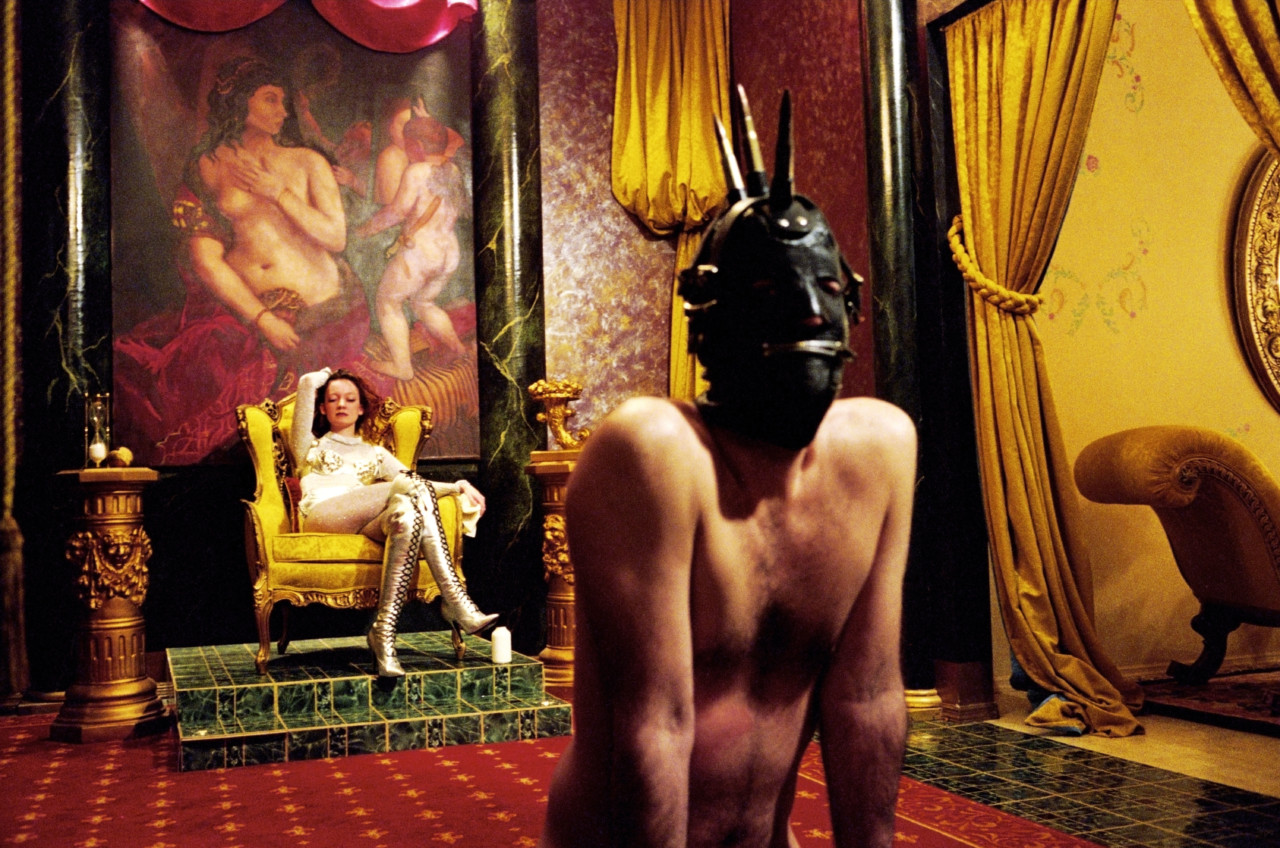 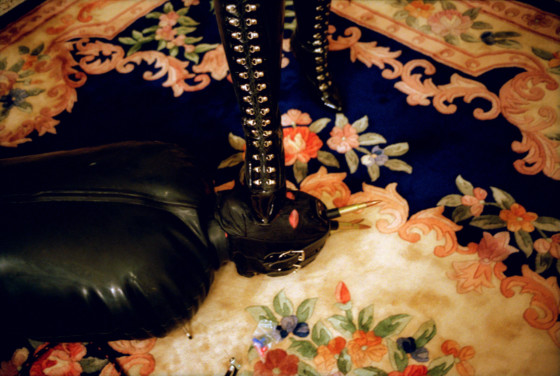 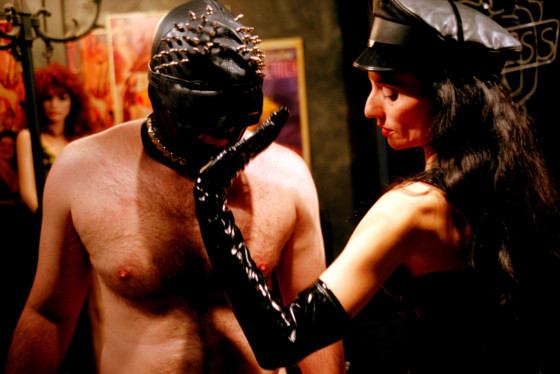 "I get the feeling that you enjoy dominating me as much as I enjoy being dominated by you. I feel like you’re as fascinated by the power you have over me as I am."

- A client message to Mistress Delilah

In 1995, the documentary film-maker Nick Broomfield invited Meiselas  to visit the infamous New York S&M club, Pandora’s Box, proclaiming it “Carnival Strippers for a new decade.” Like the clandestine tents of this first work, the 4,000 square feet of Pandora’s Box presented a realm shrouded in secrecy and taboo. “I thought it was the perfect name. It is the unknown that lurks inside the box that intrigues,” explained Mistress Raven, co-owner of the club, in an interview that Meiselas conducted with clients and staff, excerpts of which are interspersed throughout the book Pandora’s Box, published in 2001. 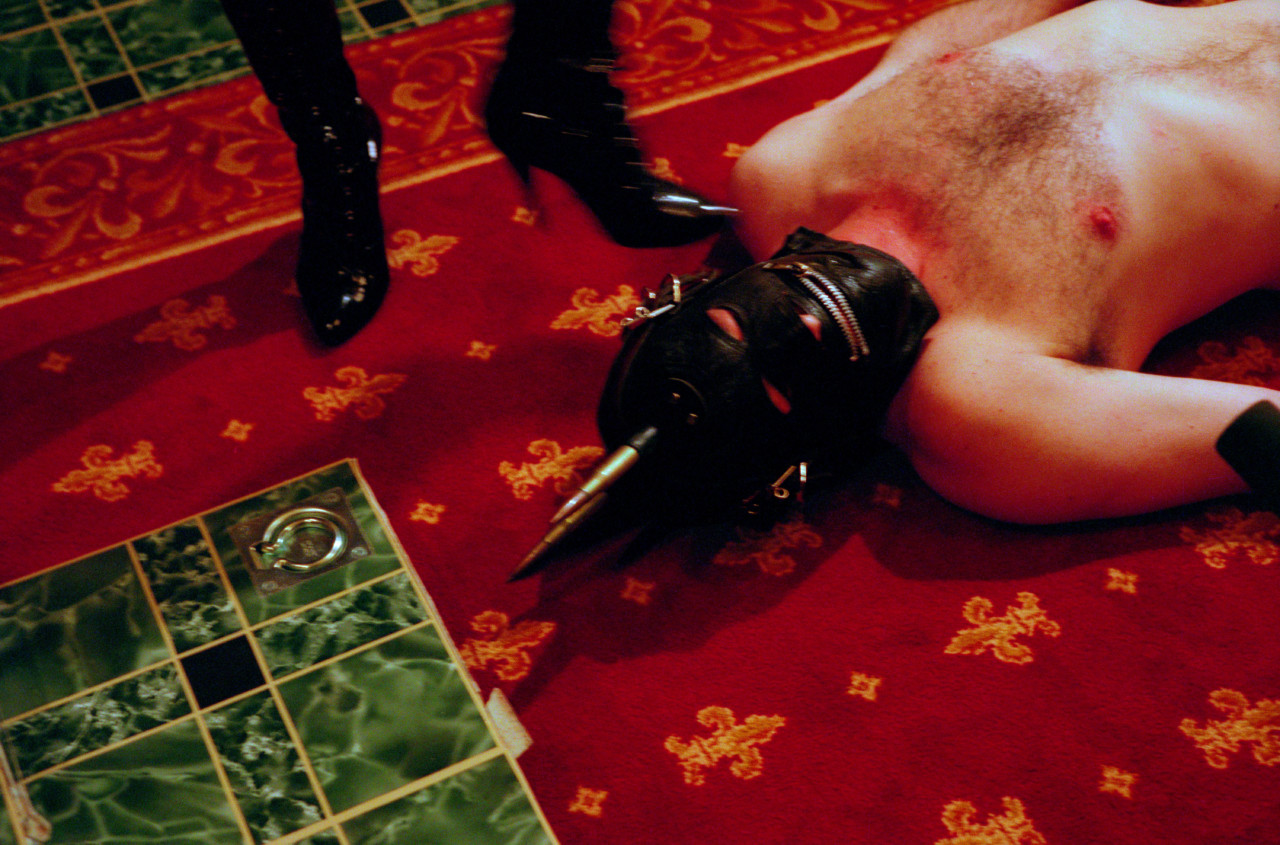 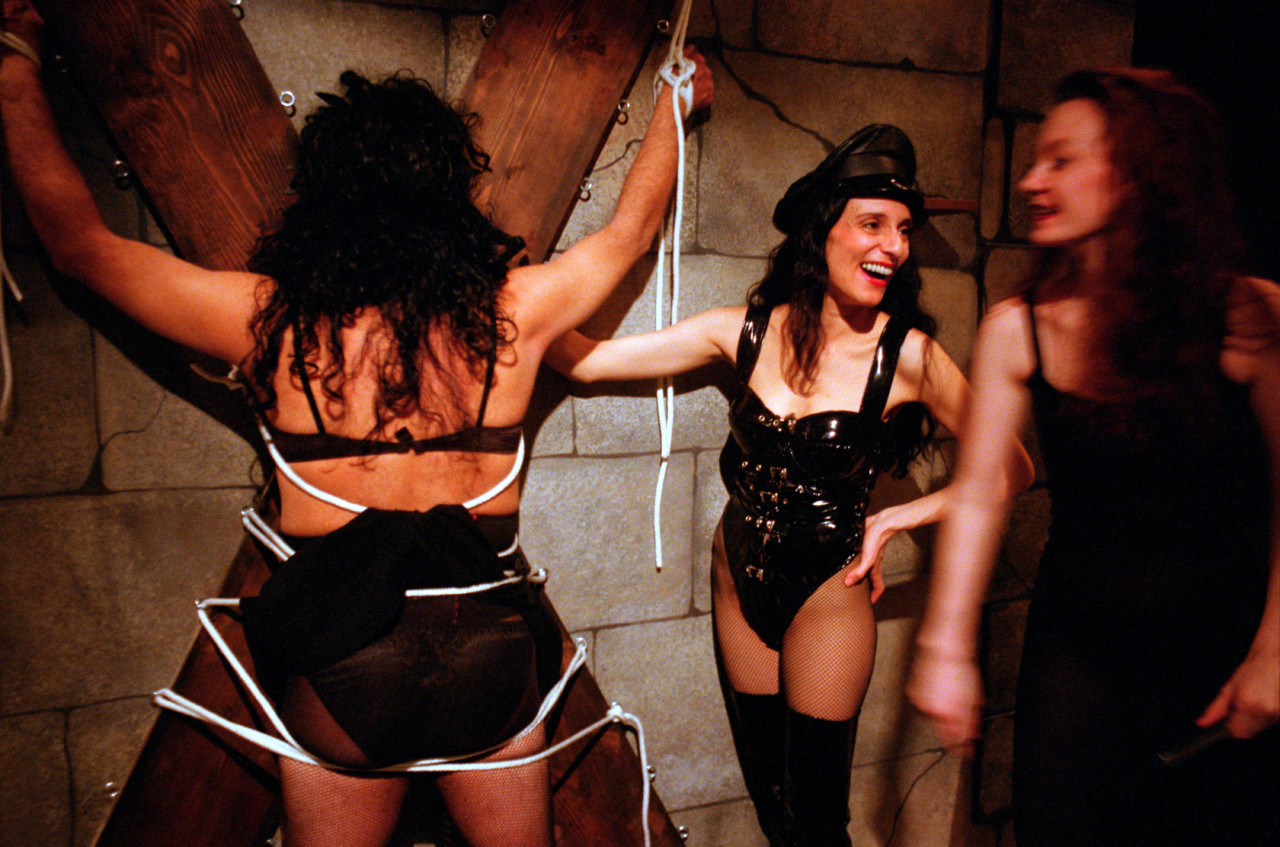 On entering, Meiselas was immediately drawn to the upscale loft’s intricately decorated interiors. Dubbed the “Disneyland of Domination,” each of the club’s themed spaces was designed around a different fantasy, from the sumptuous furnishings of the Versailles room to the cold, clinical feel of the ‘medical chamber.’ It was, however, the complex and nuanced relationships between mistress and client, playing out across this imagined landscape, that most interested Meiselas. As with Carnival Strippers, which had opened up an unseen world and in doing so challenged the preconceived view of women who perform in the shows, Meiselas was drawn to exploring the experiences and motivations of both the club’s visitors and its staff.

Through extensive interviews with the mistresses and their clients, Meiselas was able to delve deeper into their worlds and offer an insight into Pandora’s Box that challenged contemporary attitudes towards S&M, sex and power. “Some people will say that it is kinky, perverted sex and some that its role play, and others even a lifestyle. Because it’s really not definable except by the person who is engaging in it,” explained Mistress Delilah. Drawn from all walks of life, the majority of the club’s clientele were working professionals — doctors, lawyers, and stockbrokers — unanimous in their willingness to give themselves over to the control of these women. 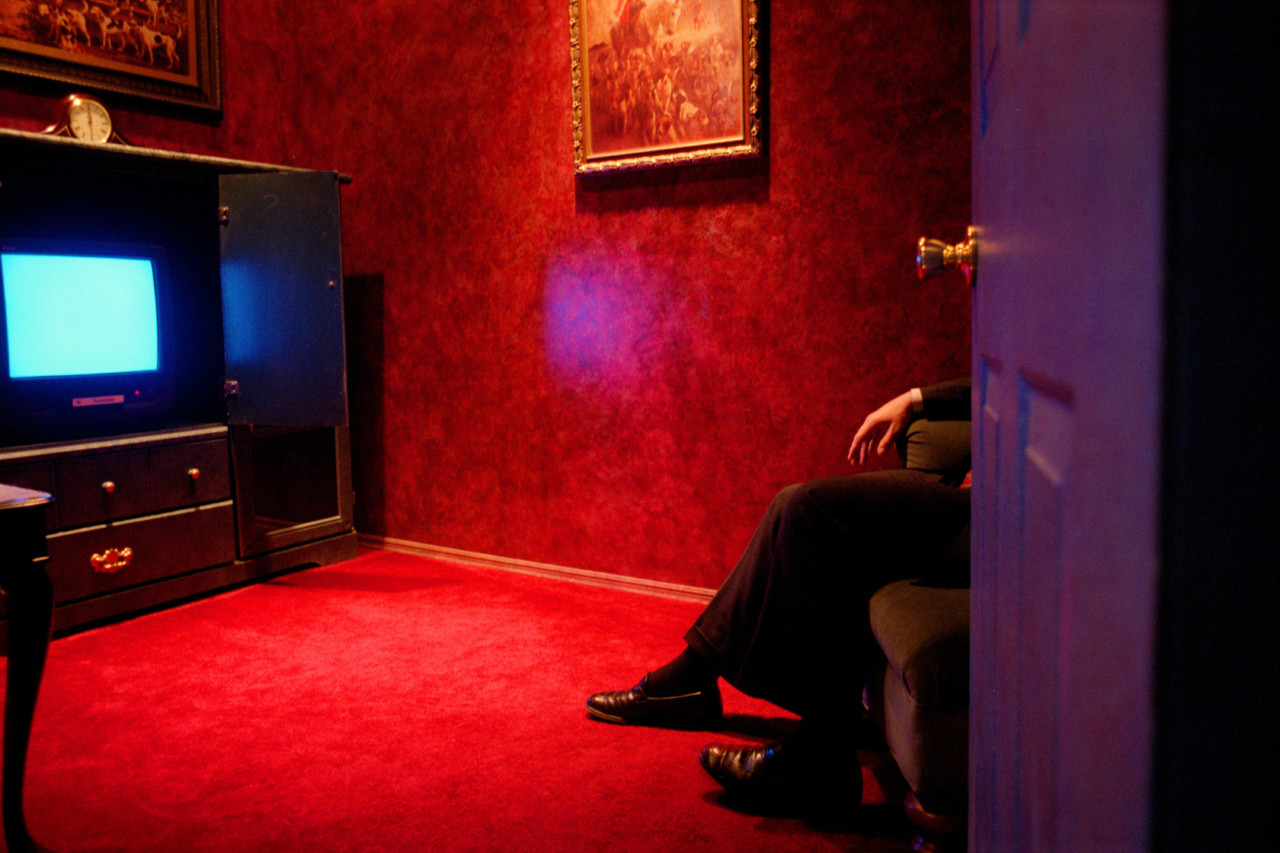 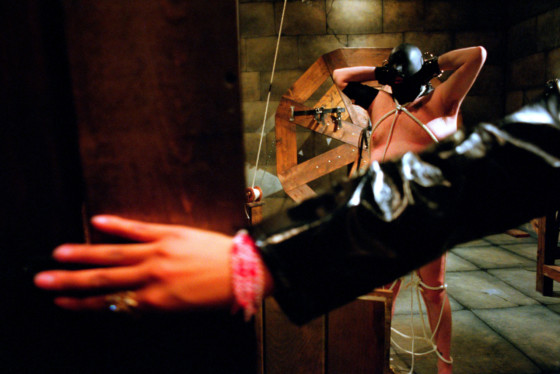 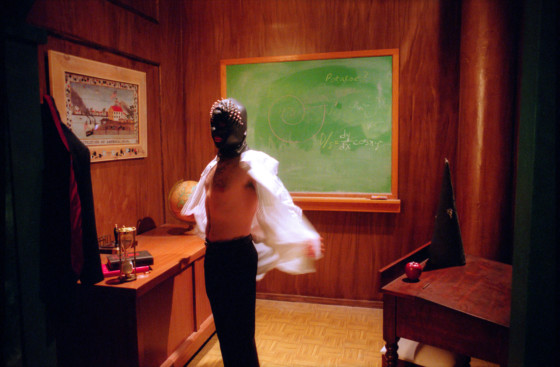 "This was the central space of collaboration, along with an act of reciprocation" 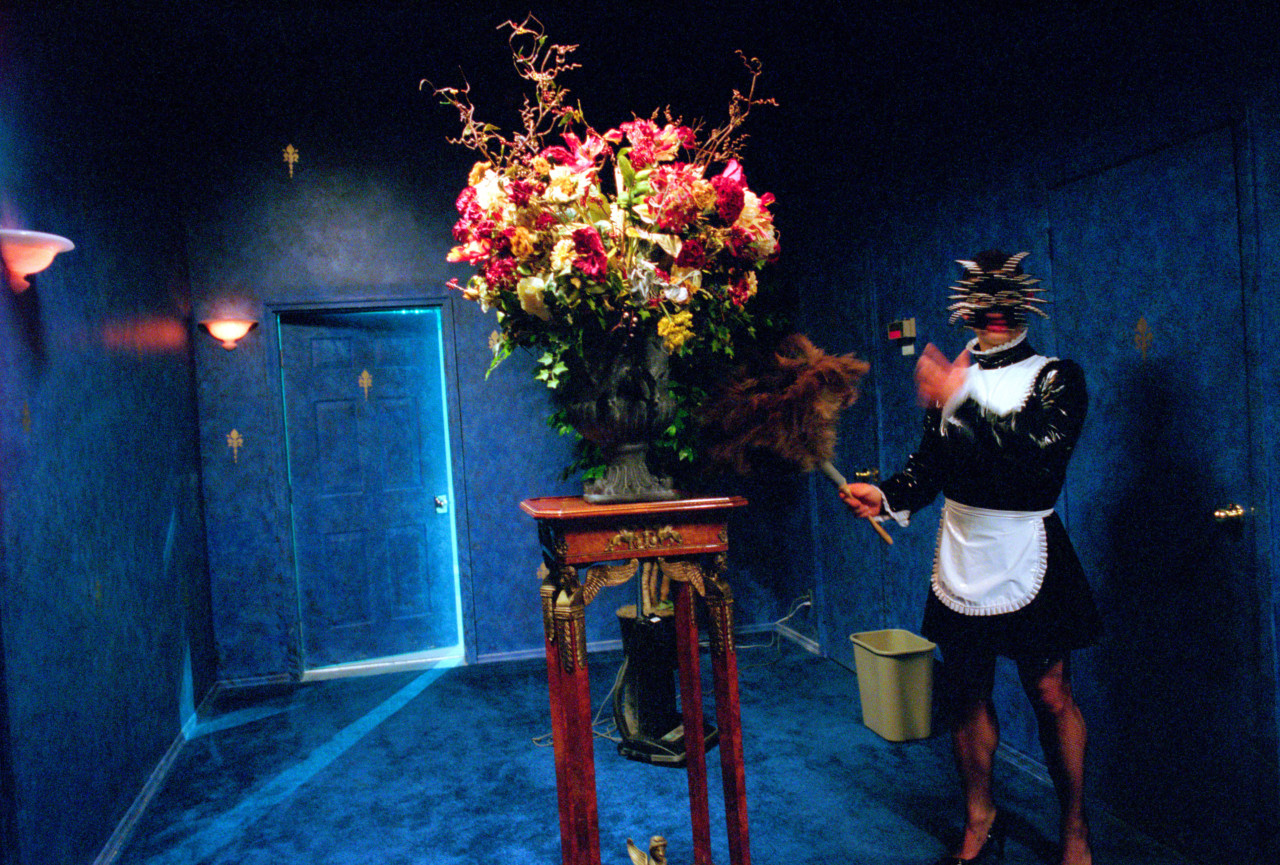 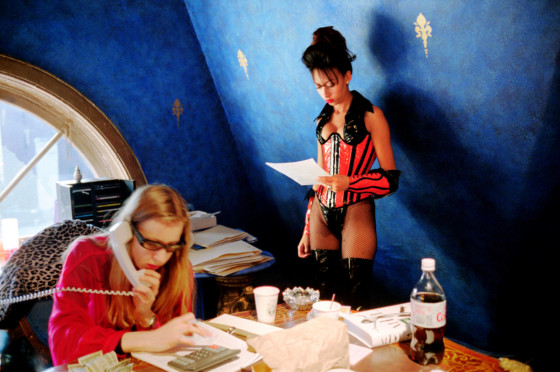 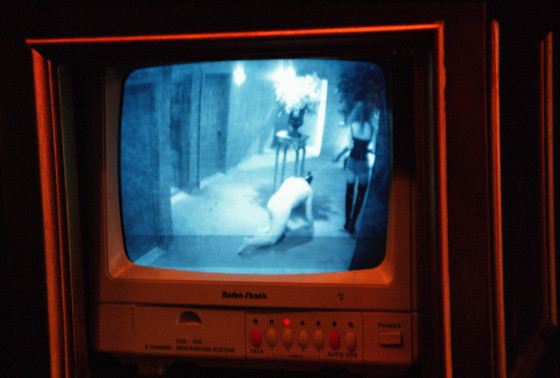 Meiselas discovered that pain meant something different for each client — from physical pain as a means of relieving emotional suffering or as a way of absolving guilt, to pain as a road to pleasure. Each mistress-client relationship was distinctly unique. “I come to an understanding of where the person is psychologically and emotionally, and then create a complementary reality to play out the issues,” said Mistress Delilah. “I had a client who worked tremendously hard taking care of his family. I don’t think he liked his work. His life was just boring, repetitive, and hard for him … Perhaps unlike the pain of life, in session, there was a reason and reward.”

Many of the women working at the club described the feelings their work provided them, ranging from empowerment, control and feeling wanted. “I like being desirable and unattainable. It’s a compliment to know that somebody really wants to be close to me and admires me. I like people thinking that I have it all together – and I am this goddess. I guess you could say it is my fetish.” said Mistress Delilah. Sporting thigh-high stiletto boots and heels, leather corsets and gloves, the women captured in Meiselas’ photographs exude a certain strength. The work also depicts the everyday realities of life at the club. One image shows three women relaxing together in a backstage dressing room, while another shows a mistress curled up asleep under her coat. In some cases, the relationship between mistress and client might also transcend into the everyday, with a friendship forming outside of the context of the club. “The transference that they make in the session is the transference they keep to me outside of the session,” explained Mistress Delilah. 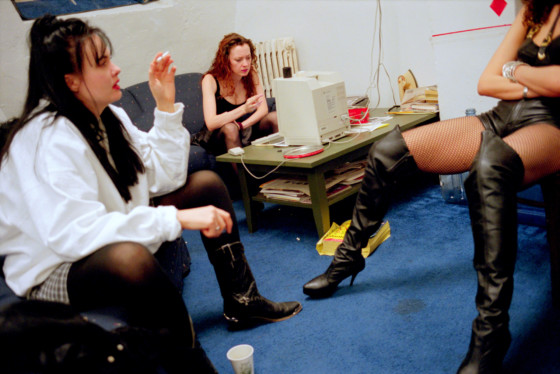 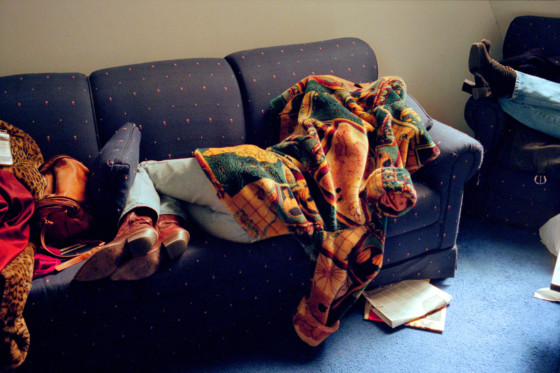 "You allow yourself to immerse and then you have to pull out. Knowing when to get out takes judgment, and I think it is intuitive." 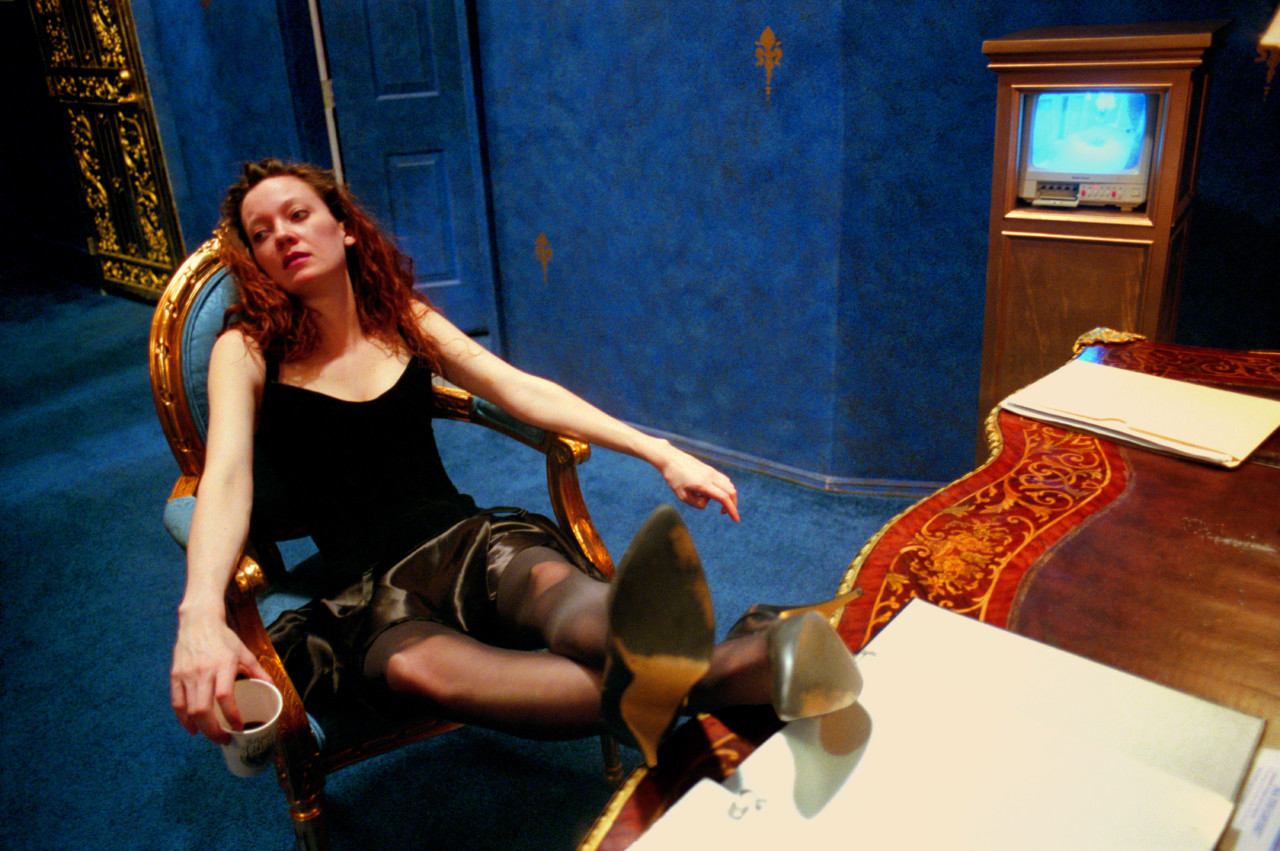 Richard, co-owner of Pandora’s Box, has what he describes as a “romantic” conception of S&M. For him, it harks back to a decadent period in history that produced the French nobleman the Marquis de Sade, who quite literally wrote the book on sadomasochistic practices. “I want to make our clients feel like they’ve been transported to that lifestyle which, in those days, was probably practiced only by very wealthy people, not like the doctors and lawyers of today, but I mean noblemen, people of vast resources – kings and queens, barons and earls,” he says.

Written notes from clients provide an insight into the psychology of the processes involved in S&M. One visitor to New York, scheduled in time with Mistress Raven amongst other cultural tick boxes on a trip to the city. “Visiting your fine establishment was the very best part of New York City. All of the galleries & museums were great; they displayed the history of life, but only Pandora’s Box ‘allowed’ me to emotionally transcend onto a new level of happiness,” he writes. Another note to Mistress Delilah from a client reads, “I get the feeling that you enjoy dominating me as much as I enjoy being dominated by you. I feel like you’re as fascinated by the power you have over me as I am.”

After making the photographs, Meiselas set aside the project, then eventually published it as a book five years later. The photographer had also considered documenting the mistresses’ lives outside of the club or venturing deeper into the subculture of which they were part but ultimately decided against it. “There is a subtle process here: you allow yourself to immerse and then you have to pull out. Knowing when to get out takes judgment and I think it is intuitive,” she reflects in Susan Meiselas: On the Frontline. Today, however, the series continues to exist as a powerful representation of the complexities of a hidden world and the people participating in it.

The exhibition ‘Intimate Stranger’ is on show in Palermo, Italy, until February 2. The show juxtaposes two of Susan Meiselas’ projects: ‘Carnival Strippers’ and ‘Pandora’s Box’,  highlighting assumptions about social and gender roles, fantasy and power, pornography and self-expression. More information on Intimate Stranger can be found here. 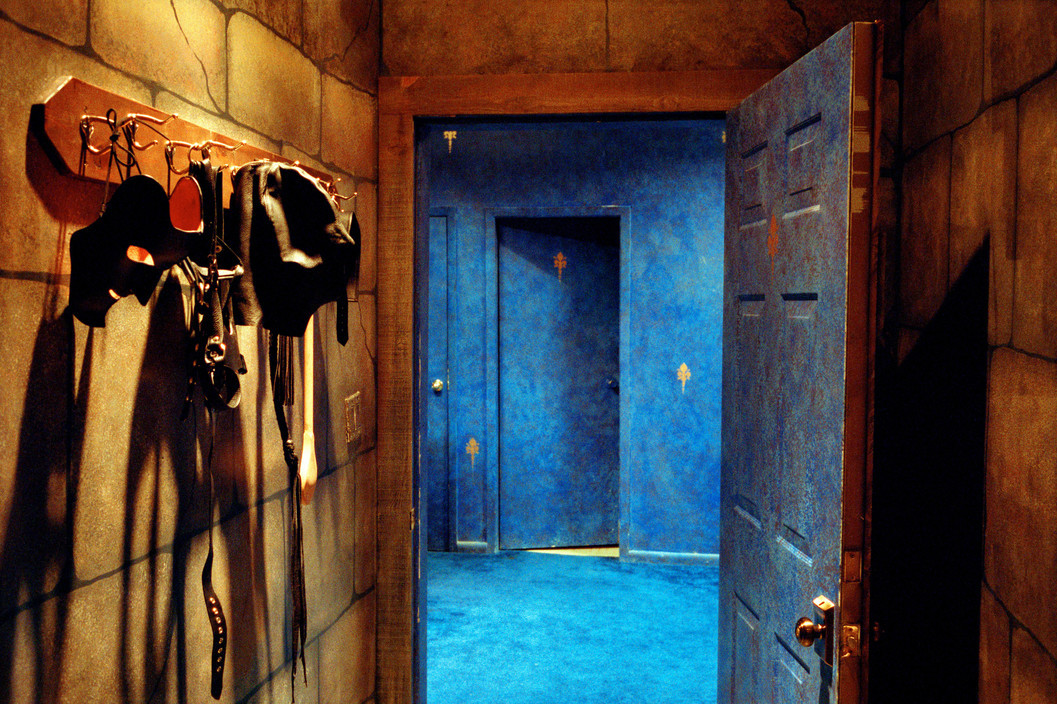