Susan Meiselas First visit of a tourist from the Czech Republic, taking a selfie with the Statue of Liberty on the ferry to Ellis Island. NYC, USA. September 16, 2016. © Susan Meiselas | Magnum Photos

On Friday, 16th September 2016, on Ellis Island, New York, 298 new US citizens were created. Taking place a day before Constitution Day (also known as Citizenship Day), this event was just one of 240 ceremonies planned for the week of 16th-23rd September, the most of any period in 2016. This one week saw 38,000 new citizens being sworn in, the highest for the year, and marks part of the national celebration of the 100th anniversary of the National Park Service – the reason many of the ceremonies have taken place in National Parks. Second Circuit Court of Appeals Chief Judge Robert A. Katzmann, whose own father came to this country fleeing Nazi persecution, presided at the ceremony on Ellis Island, the gateway for over 12 million immigrants to the United States as the nation’s busiest immigrant inspection station from 1892 until 1954. For him, the location of the ceremony was particularly poignant.

“Millions of immigrants passed through Ellis Island, welcomed by the Statue of Liberty, in the hopes of realizing and contributing to the American dream,” Katzmann said. “So, on this Constitution and Citizenship Day, it is especially meaningful to preside in a ceremony of the largest group ever naturalized together on Ellis Island, 300 new citizens from around the world.”

The naturalization ceremony and its location was also particularly significant for Sidney Stein, Judge of the United States District Court for the Southern District of New York, who spoke at the event. His grandparents came from Eastern Europe, he said, with “almost certainly the same hopes and dreams for themselves and for their children and their grand-children that you have today.” 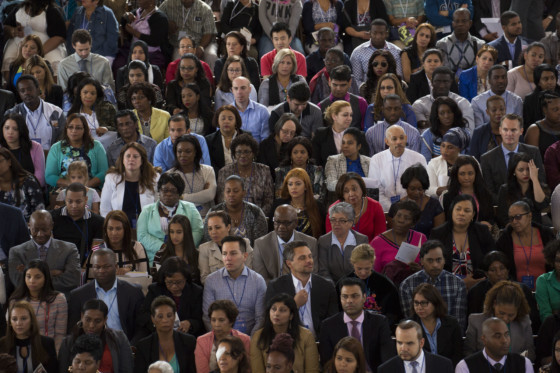 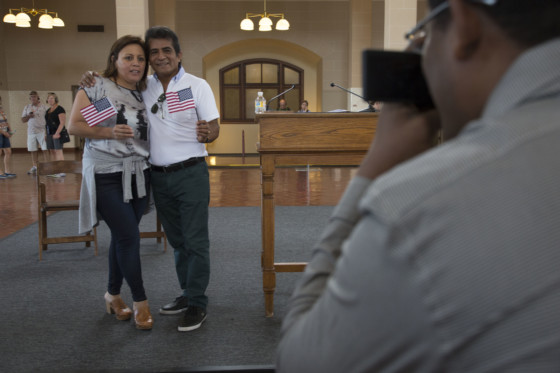 Taking place just weeks before citizens of the United States will vote for their next president, this Citizenship Day had a heightened political message. Stein, who was nominated by Former President Bill Clinton to a seat on the United States District Court for the Southern District of New York, addressed the 298 naturalization candidates from 53 countries:

“Ladies and gentlemen, as you sit here today, you stand equal in all respects to every other citizen of our country. You have before you limitless opportunities because you are about to become citizens of the United States. Citizenship in our country is given freely and generously, and is a great privilege. But also as citizens of the United States, you now have serious responsibilities. Some of them are obvious to you. We are in the midst of our quadrennial presidential campaign.”

“Those who now have the right to vote, you have a responsibility to register to vote, and to vote. When you cast your vote the first Tuesday in November – November 8th – you will be helping to make a meaningful contribution to our government. I urge all of you to participate in our wonderful, open, vigorous, messy, exhilarating democratic process.” 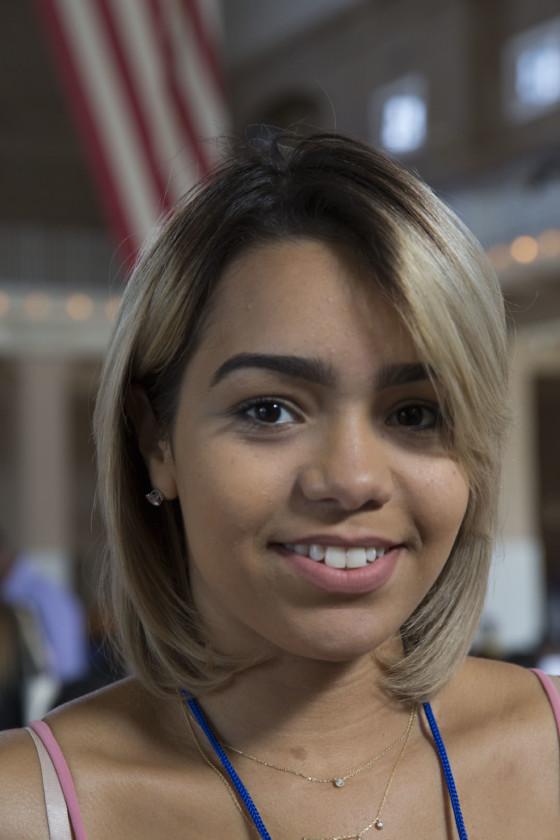 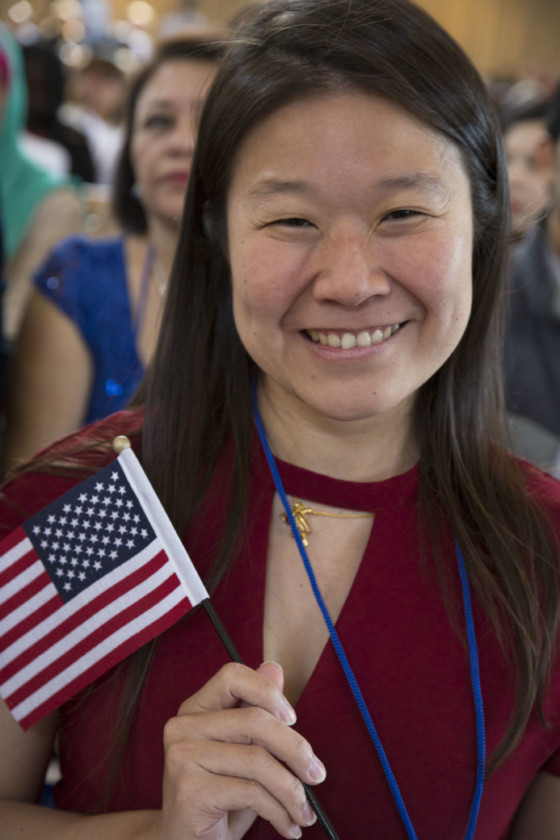 Susan Meiselas Vida Mantey, 52, from Ghana, living in the U.S.

All but two of the naturalization candidates that Susan Meiselas and her team spoke to at the ceremony said they would definitely be registering to vote in the upcoming election. Of the 28 people they asked about how they were leaning towards voting, 12 said Hillary Clinton, three said Donald Trump, and 11 were undecided.

One of the candidates from Russia, Anastasia Noraeva, 25, who has lived in the United States for 4 years said, “I’m looking for a candidate with American values, obviously I’m very happy about anyone who is open to immigration on a day like today.” 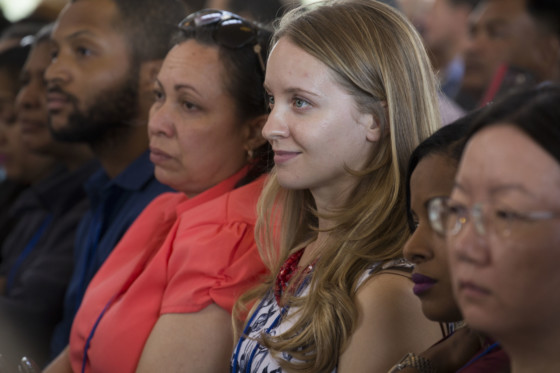 "Those who now have the right to vote, you have a responsibility to register to vote and to vote"

- Sidney Stein, Judge of the US District Court for the Southern District of New York

The day holds highly significant meaning for both naturalized and yet-to-be naturalized citizens, highlighting a sense of pride and acceptance into a culture championing freedom and diversity. “Chief Judge Robert Katzmann addressed us as “my fellow Americans-” one of my most joyous and proud memories.” Continued Noraeva. “I was fortunate to have special people in my life in attendance, in particular, my American-born little sister, who witnessed [the] rich history of Ellis Island brought to life.”

Chandra Nandikolla, 40, has been living in the US for 16 years, but is originally from India. “I waited almost 16 years to get this.” He said. “My home country gave me roots and the US taught me good education, I became a brighter person professionally and personally. And also provided right environment to develop, grow significantly and build a family.”

Today, the ceremony on Ellis Island bears a different facet, a marred underside to its message since its early days. The polarized views of 2016’s political era on one hand attempts to uphold the American ideals of liberty, human rights and inclusivity, whilst the other directly undermines the country’s fledgling reputation as a ‘nation of immigrants’ – aiming to derail immigration, under the campaign of presidential candidate Donald Trump. With the first presidential debate kicking off between him and Democratic candidate Hillary Clinton today, Monday 26 September, we consider the true meanings behind what America stands for and what its future holds. 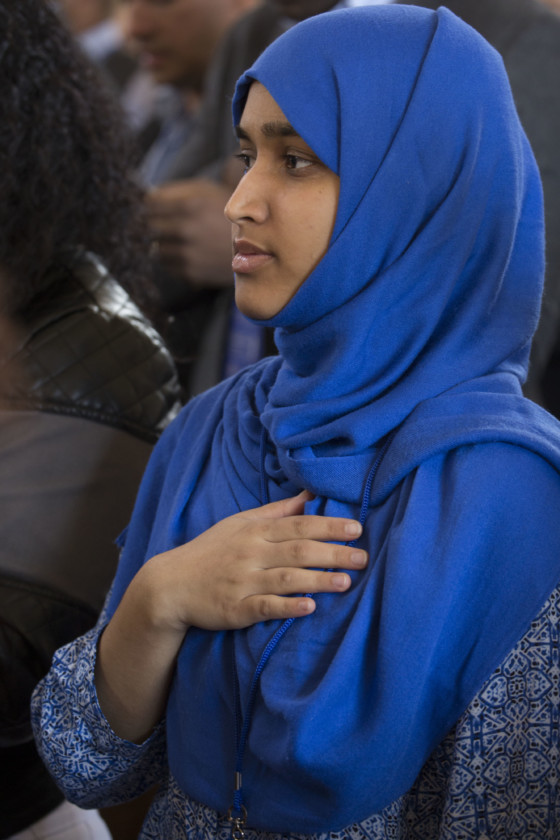 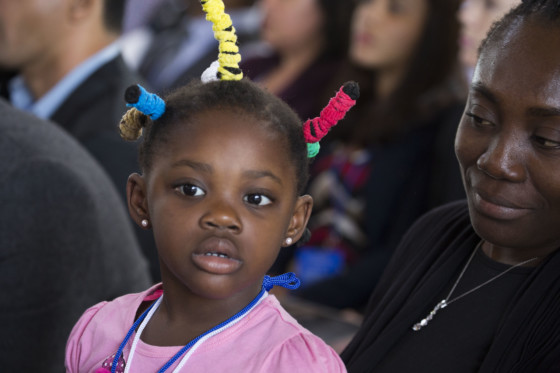 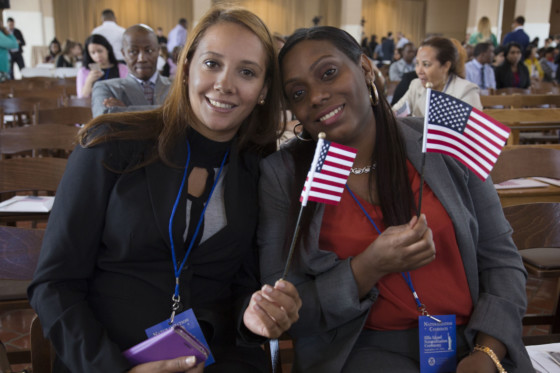 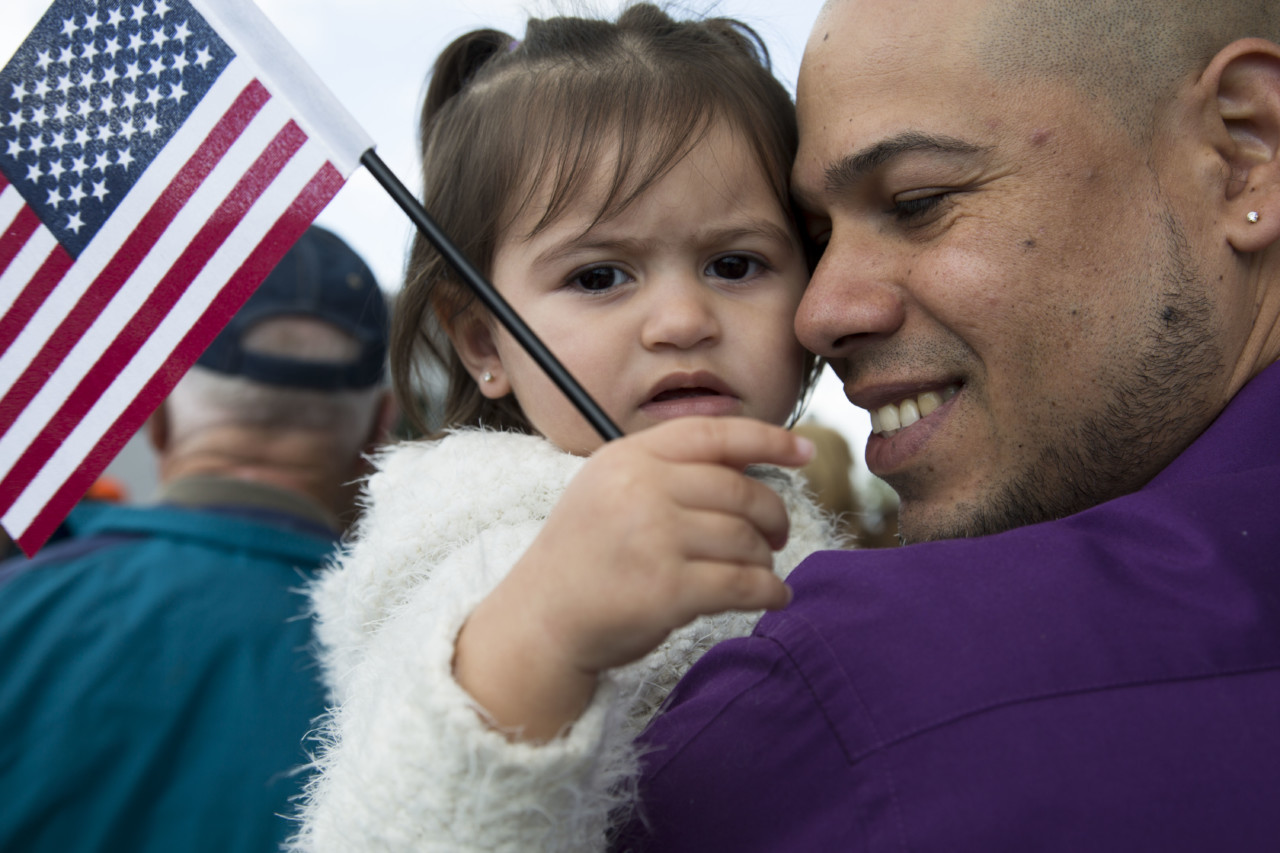