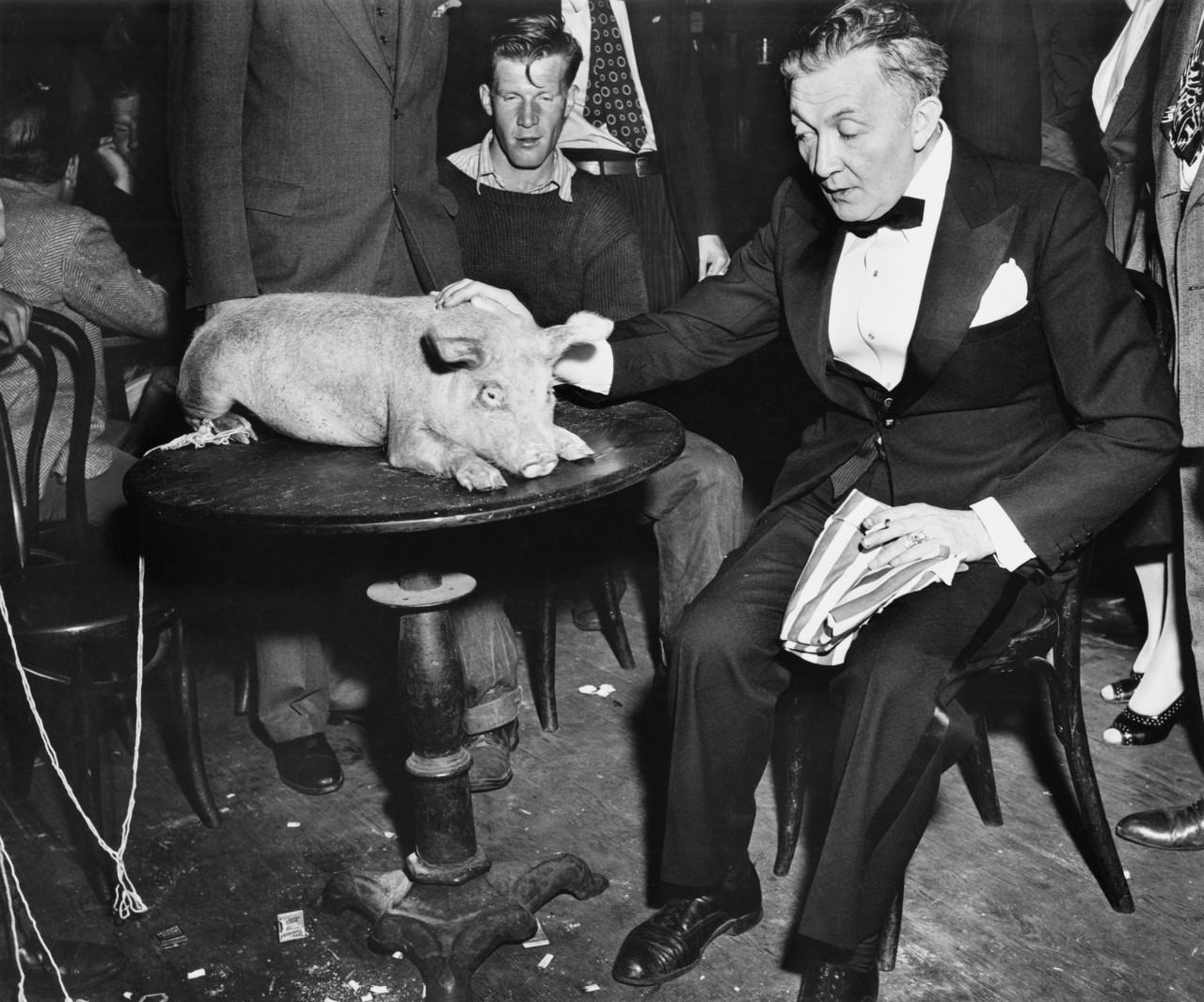 [After the opera, Sammy's on the Bowery, New York], 1943-45© Weegee Archive/International Center of Photography

As part of a season celebrating New York and the role the city has played in Magnum’s history – as well as in the working practices of many of the collective’s members – the agency has partnered with the International Center of Photography (ICP) in offering an exclusive selection of 38 estate-stamped prints by Weegee, whose comprehensive archive the Center has been preserving since 1993. Notorious, and perhaps the earliest iconic New York photographer, Weegee made many of his famed images in the same Lower East Side neighborhood that the ICP has recently relocated to. Here, Pauline Vermare – Cultural Director of Magnum Photos, New York – reflects on Weegee’s route to fame and his role in creating a lasting vision of the city.

You can see the full selection of 6×6” and 8×10” estate-stamped Weegee prints here, on the Magnum Shop. Weegee prints are available from 10am (EST) February 17 to 6pm (EST) March 6.

You can also browse an extensive collection of New York contact sheets, books, and posters from Magnum photographers here. 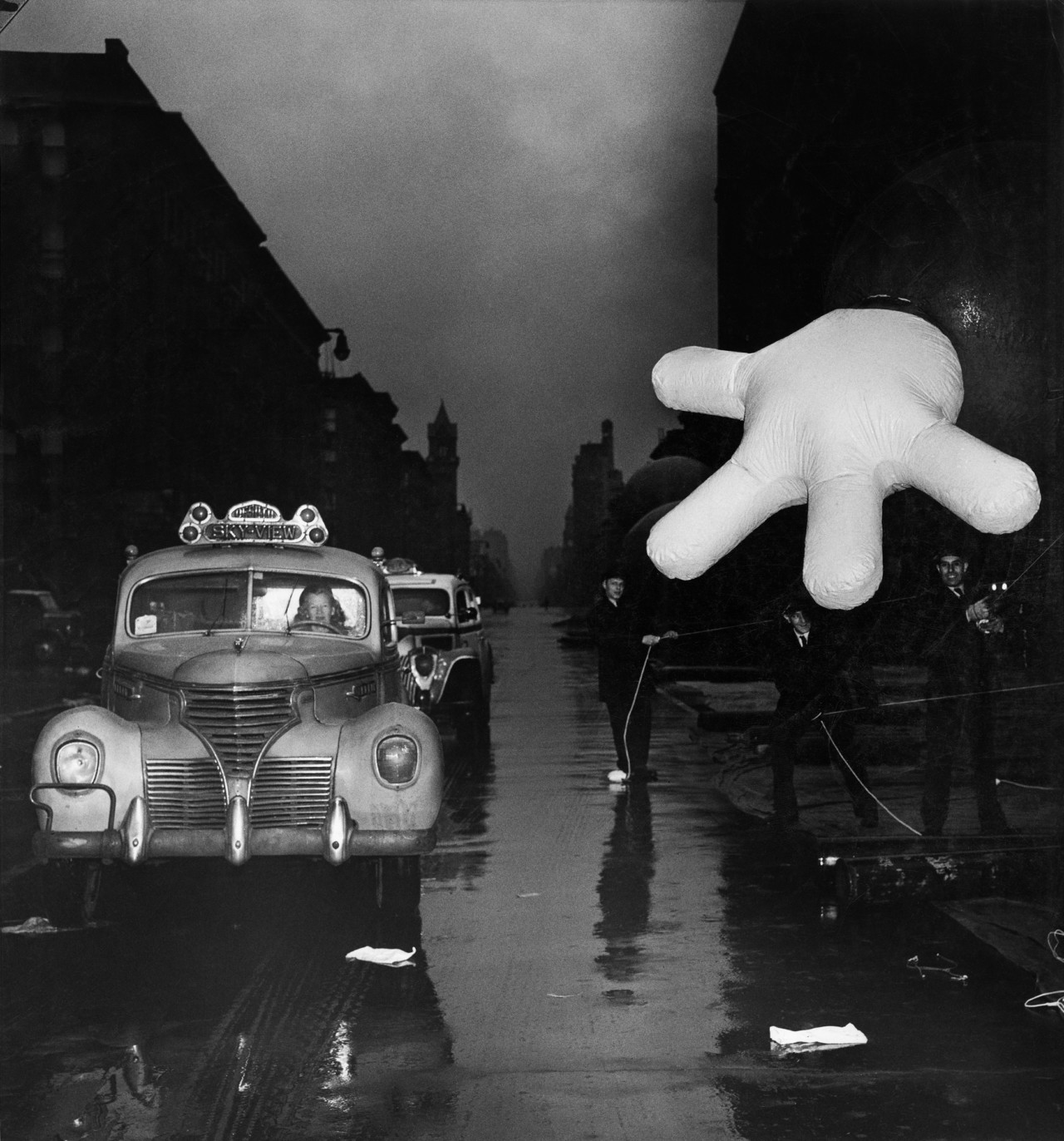 "A street photographer with a penchant for murders and misfits, somewhere between burlesque and film noir: Weegee, arguably the most popular photographer of the 1940s and 50s, has become a legend" 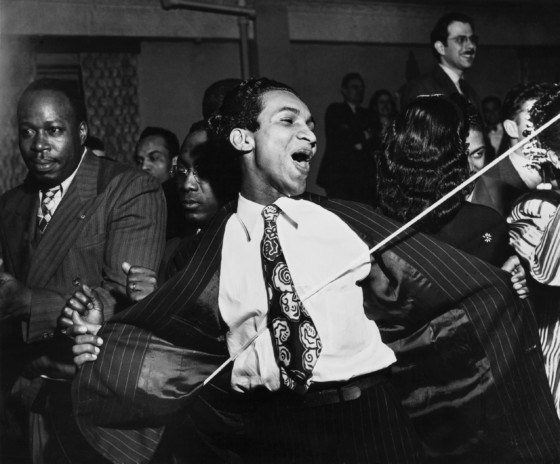 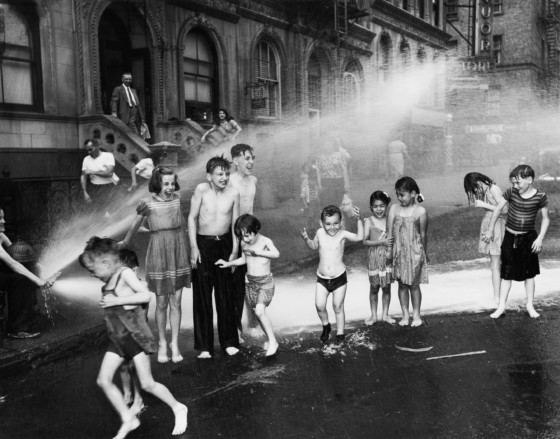 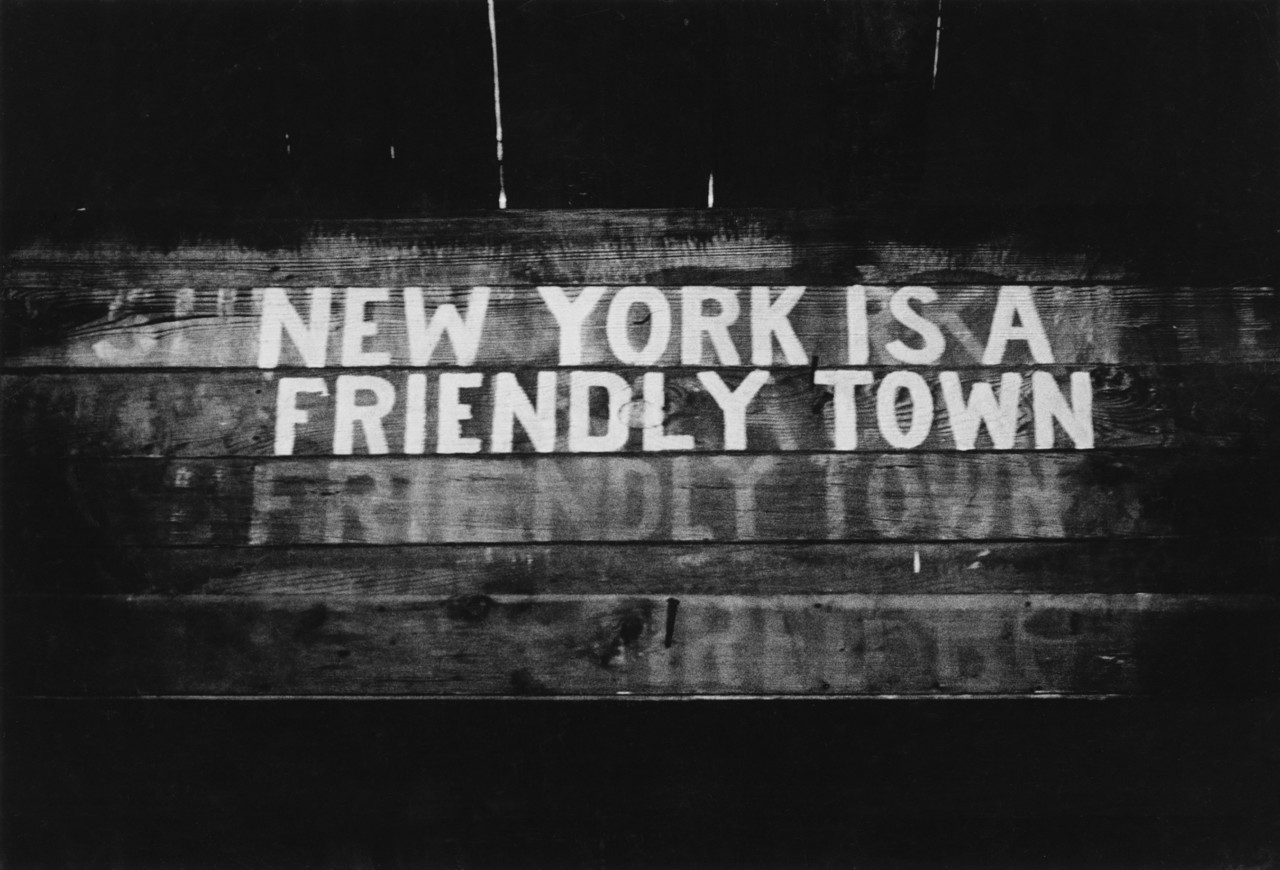 A street photographer with a penchant for murders and misfits, somewhere between burlesque and film noir: Weegee, arguably the most popular photographer of the 1940s and 50s, has become a legend. Unique and immediately recognizable, his work stands alone in the history of photography.

Born on June 12, 1899 in Zolochiv, Ukraine (then Austria), Usher Fellig immigrated with his family to the United States aged 11, where his name was changed to Arthur. In 1935, while still in his teens, he started working as a freelance news photographer, and became “Weegee”. His decision to create this catchy pseudonym is perhaps indicative of the knack for self-promotion he was to become renowned for (a knack further evidenced as he later proclaimed himself  ‘Weegee the Famous’). Soon after this transformation – perhaps his most famous fait de gloire – he installed a police radio in his car, which allowed him to arrive on the scenes of crimes and accidents before other photographers, and sometimes even before the authorities themselves, as he proudly claimed. This enabled him to take staggering photographs of murders, deadly fires, car accidents, and grisly mob hits. 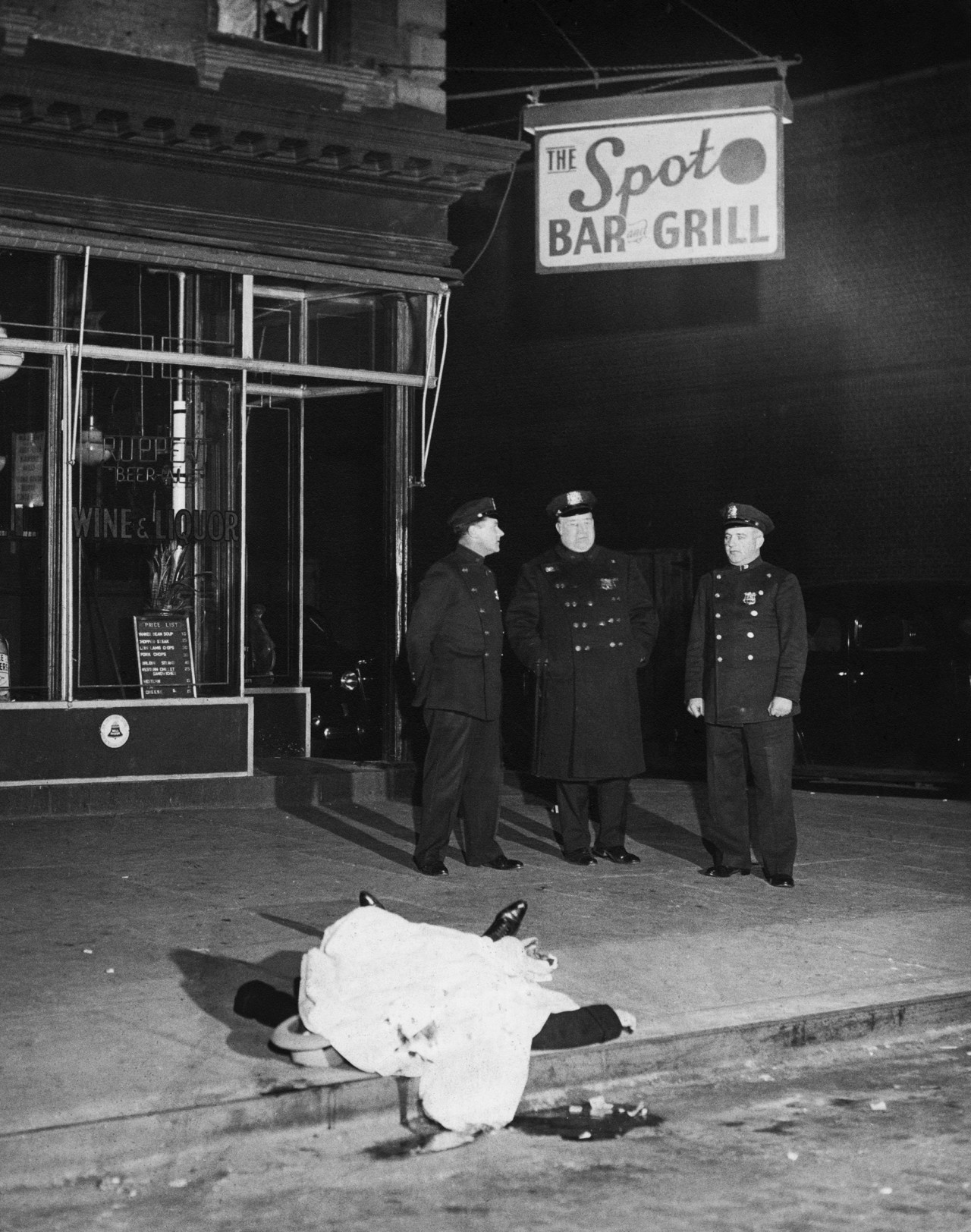 On the Spot, December 9, 1939 © Weegee Archive/International Center of Photography 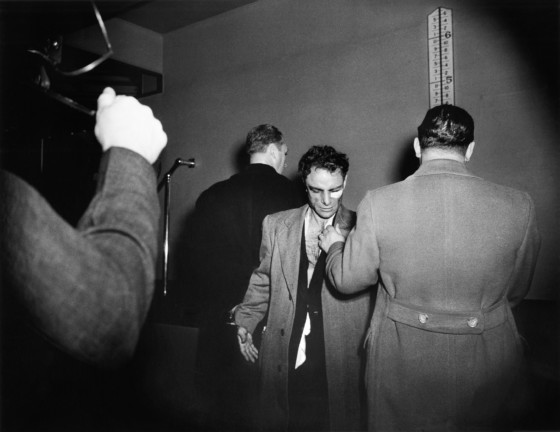 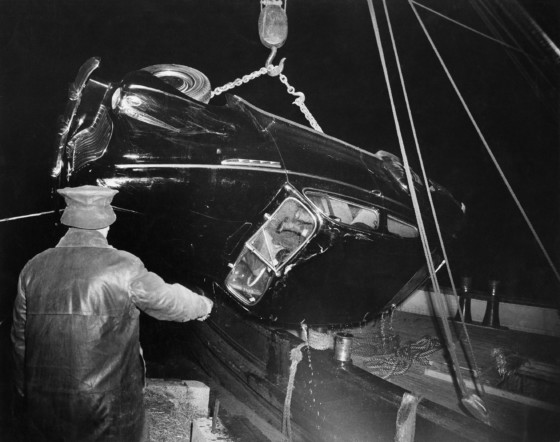 "Not all of his photos were of crime and death. Some were, in fact, quite delicate – like “Boy Meets Girl - From Mars”, one of the most romantic, poetic and surreal photos of its time" 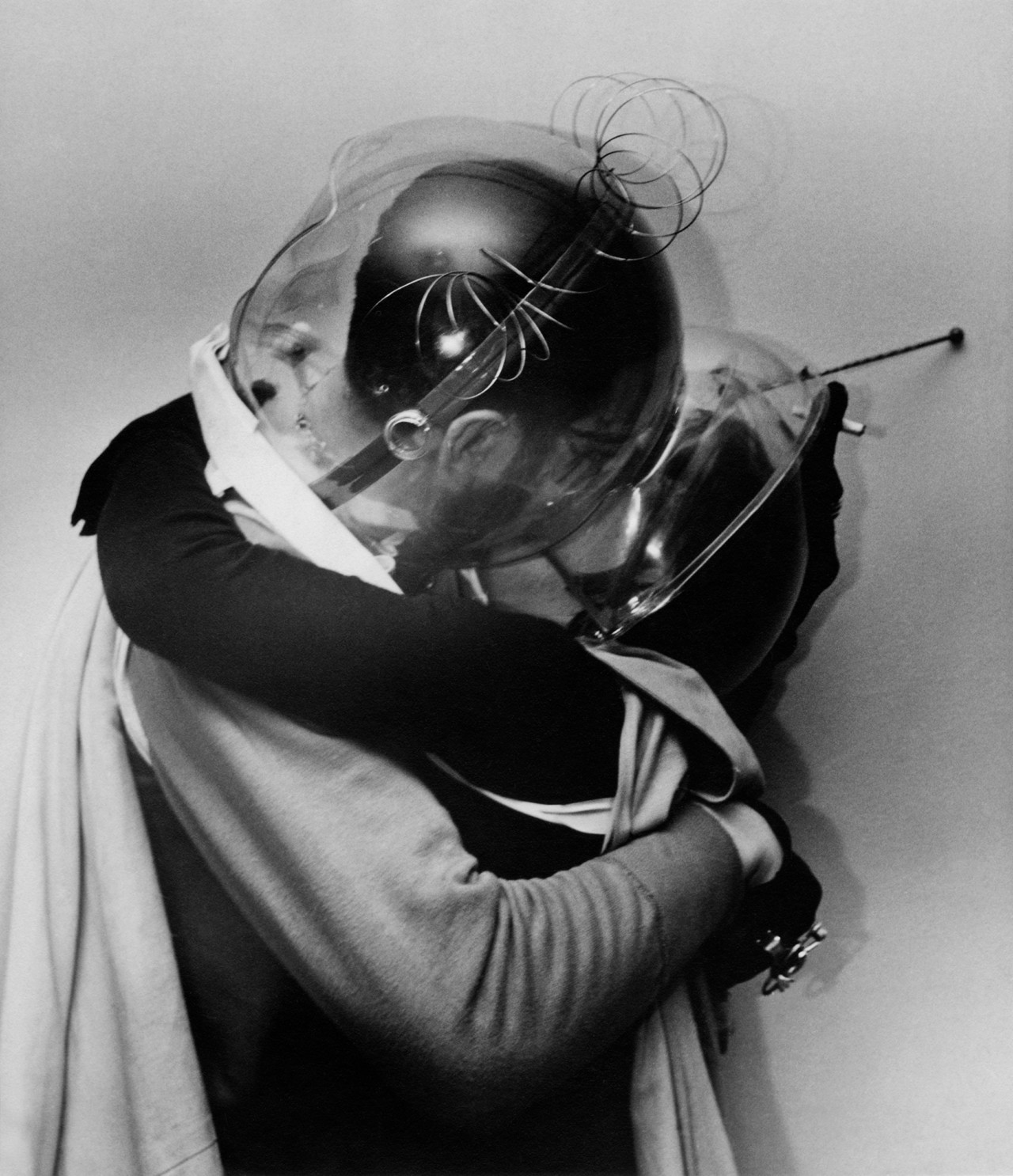 Not all of his photos were of crime and death. Some were, in fact, quite delicate – like “Boy Meets Girl – From Mars” (1955), one of the most romantic, poetic and surreal photos of its time. And all of them were bursting with life. One particularly hot summer, in 1941, perched atop a lifeguard’s station in Coney Island, Brooklyn, he captured a gigantic crowd of bathers, all looking up to him (he screamed to get their attention). This mad scene became one of his most famous photographs. In the mid-1940s, armed with infrared film, seemingly invisible, he photographed moviegoers in New York cinemas and produced a surprisingly moving series of mesmerized kids, exhilarated teens and embracing couples. 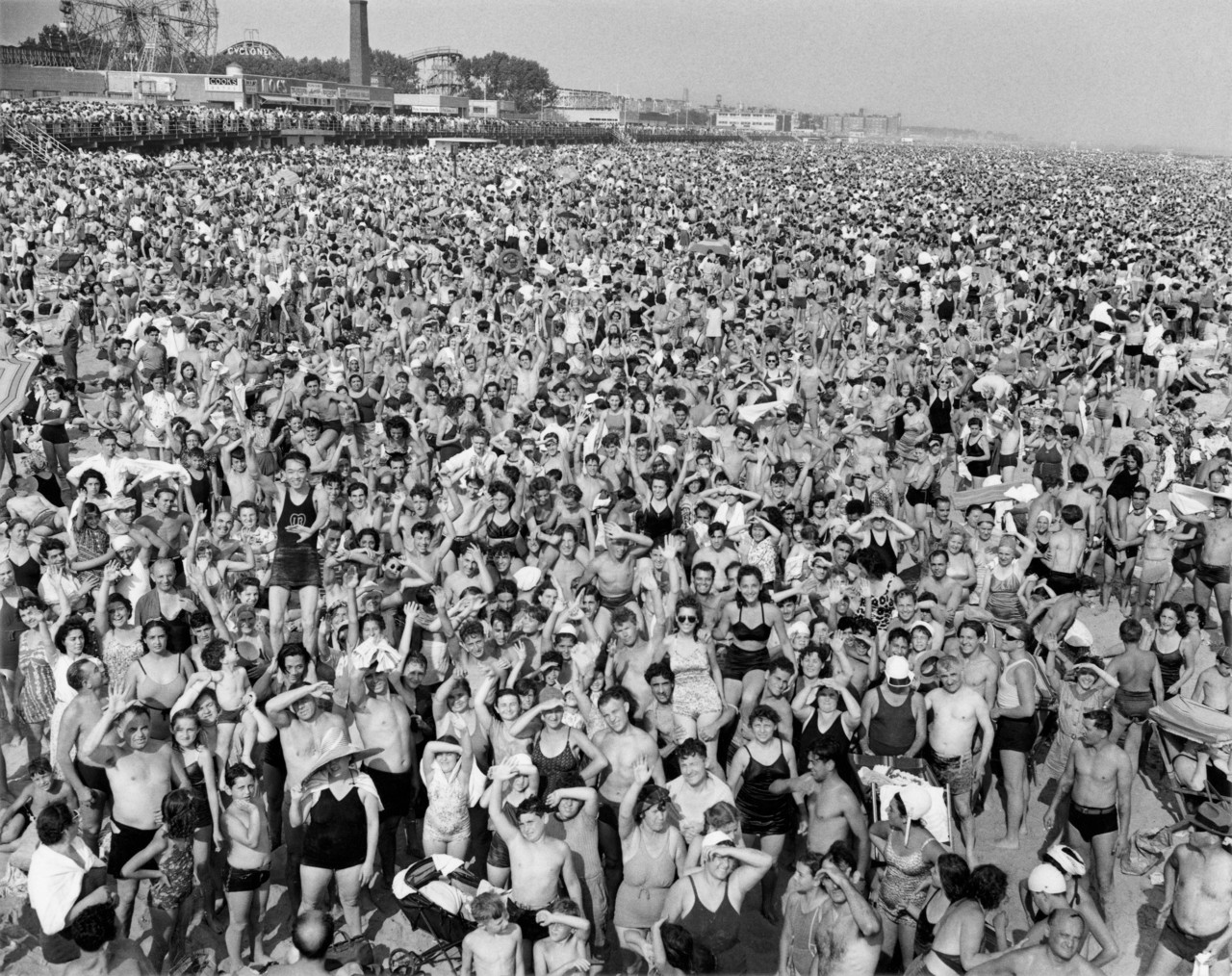 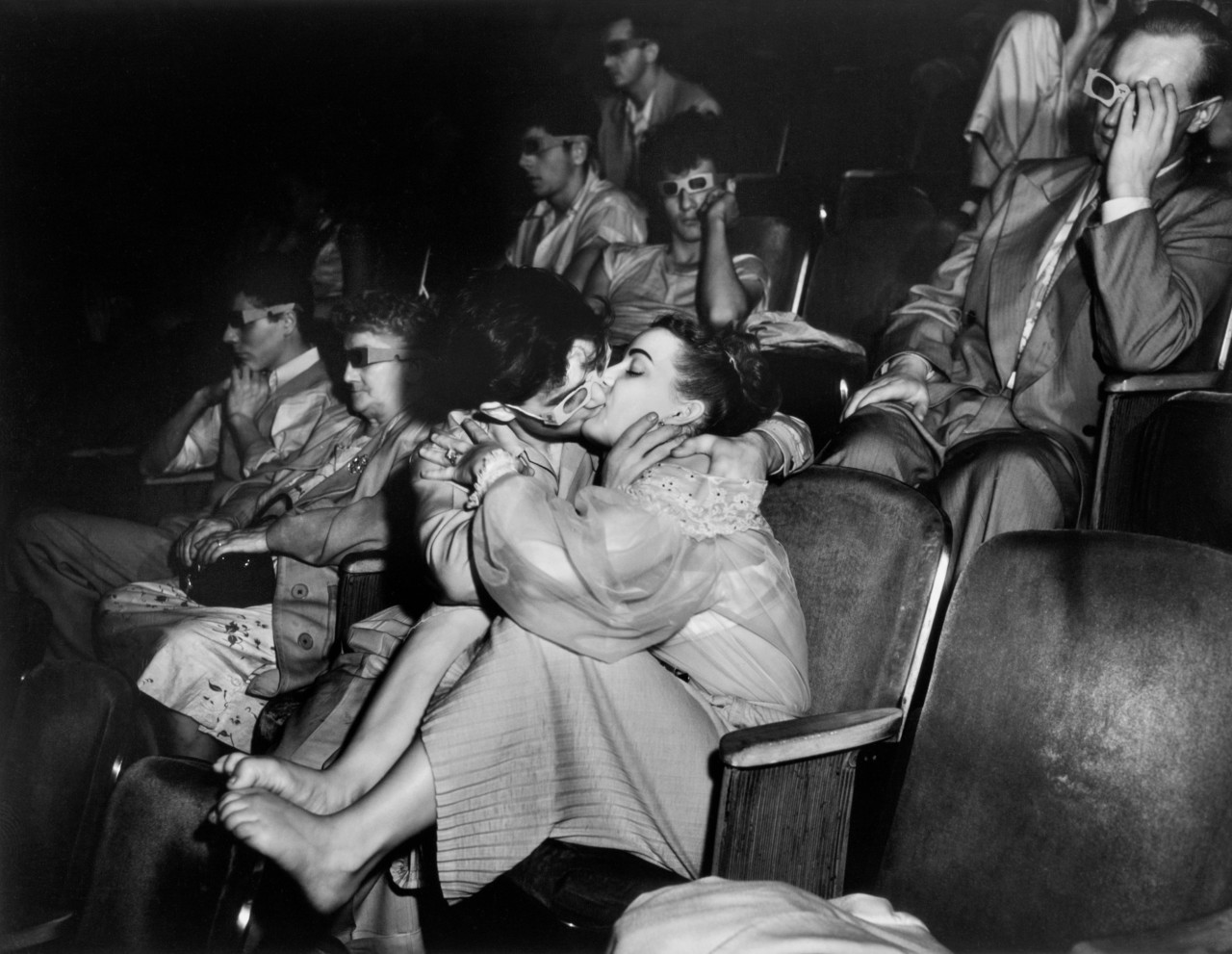 Weegee also became known for his night-life portraits of extraordinary cabaret singers and their raucous audiences at Sammy’s Bowery Follies, aka Sammy’s on the Bowery. Sammy’s was a landmark Lower East Side venue where, as the New York Times put it at the time, “drunks and swells, drifters and celebrities, the rich and the forgotten” would meet. His eye for a different type of character influenced many photographers, including Lisette Model and Diane Arbus. Weegee was an outstanding character himself, as his many witty self-portraits can attest. 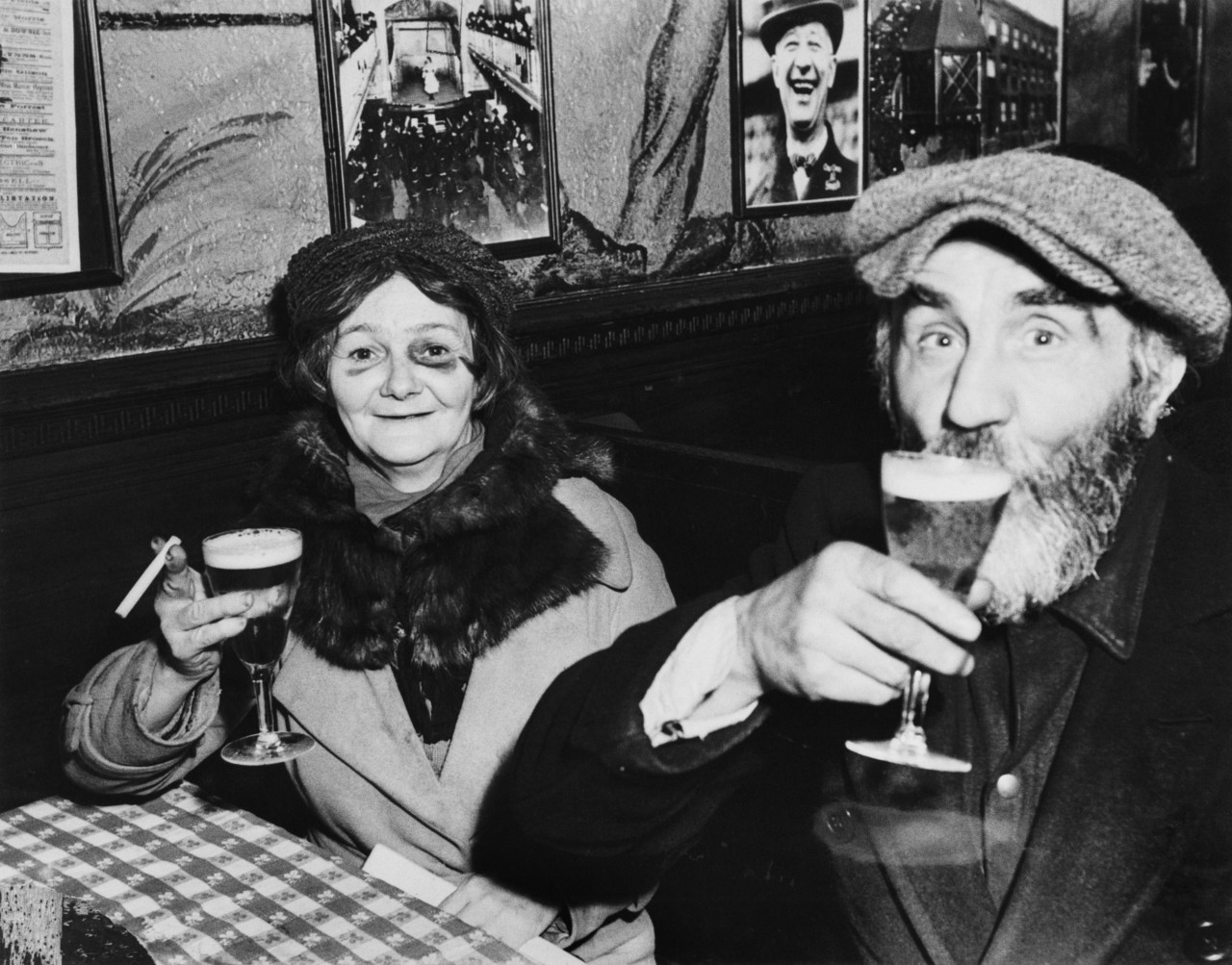 [Ethel, queen of the Bowery, and man, Sammy's on the Bowery, New York], c.1943 © Weegee Archive/International Center of Photography

"Sammy’s was a landmark Lower East Side venue where, as the New York Times put it at the time, “drunks and swells, drifters and celebrities, the rich and the forgotten” would meet" 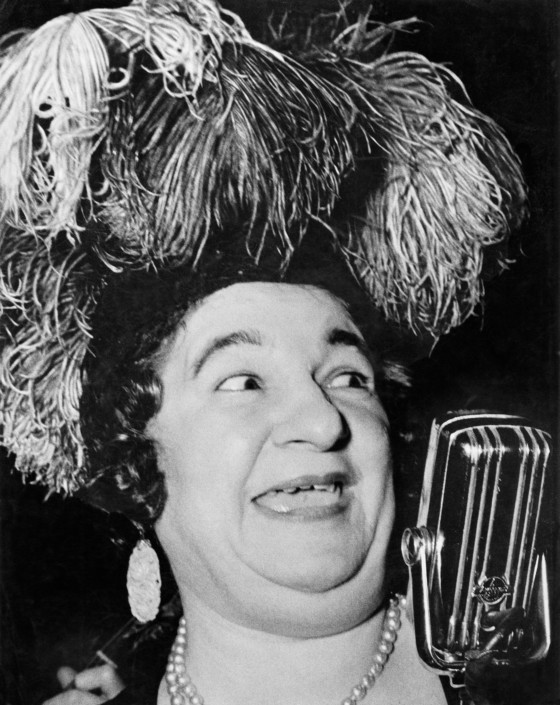 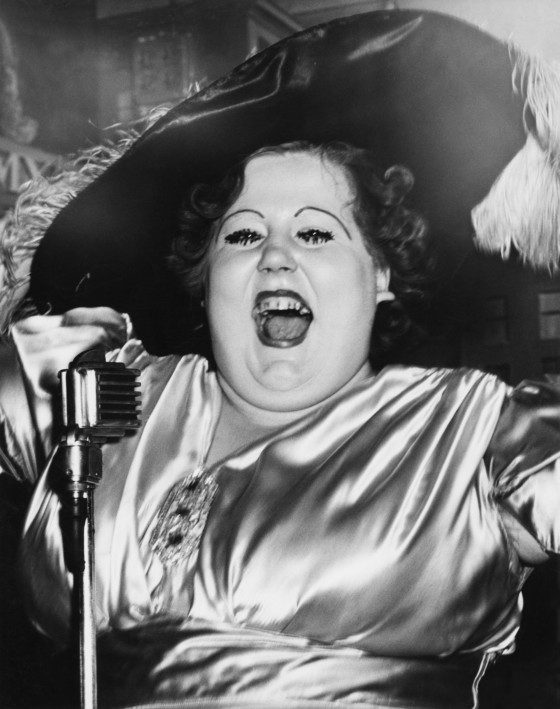 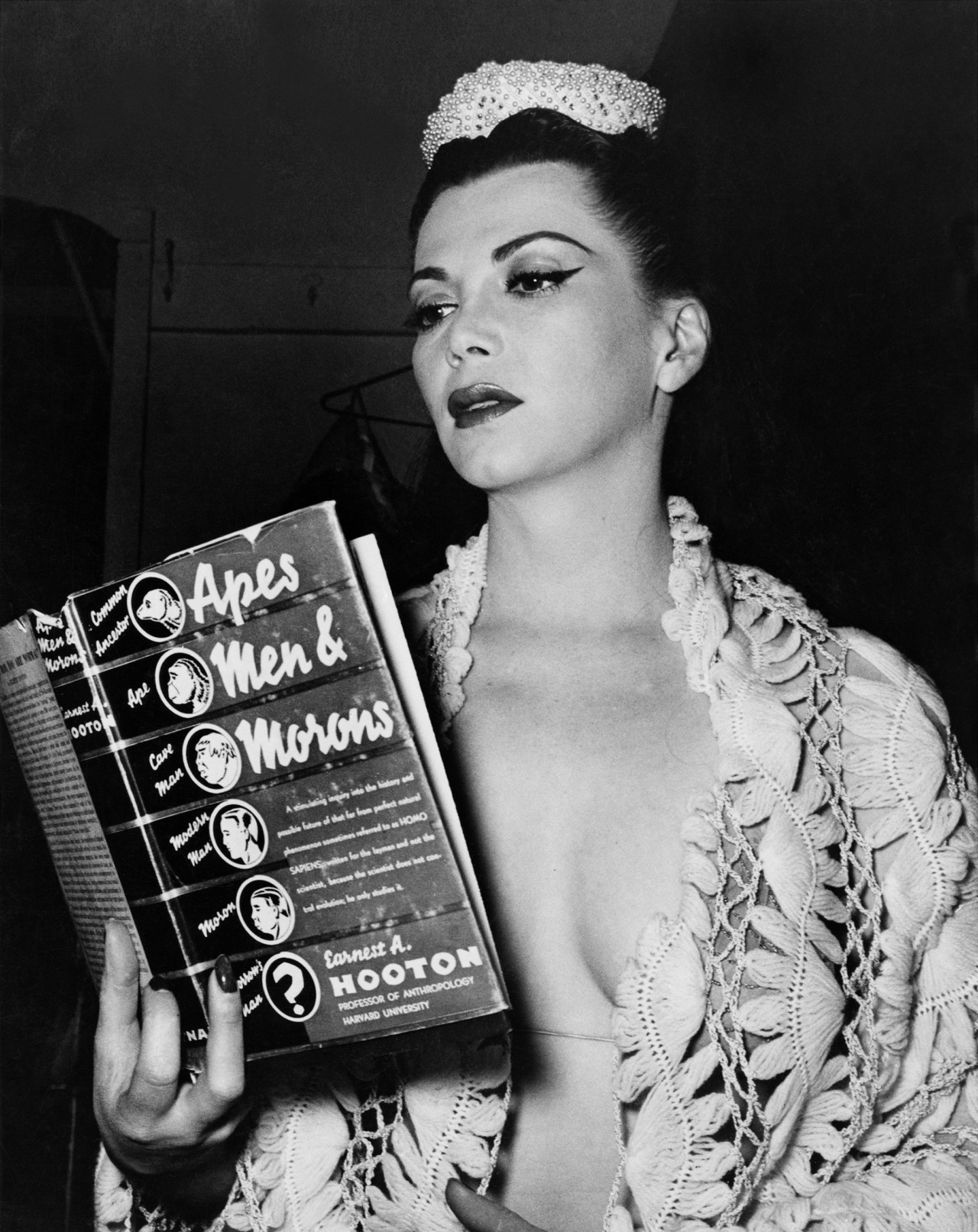 Weegee came to be known for “his” New York – edgy, black and white, shot with a flash – and fast gained recognition. While his crime photographs were widely published in the 1940s tabloid press, his work was also exhibited in the most important institutions of the time: at the New York Photo League in 1941, and at The Museum of Modern Art (MoMA) in 1943. As the George Eastman House curator Lisa Hostetler points out, “Weegee’s photographic oeuvre is unusual in that it was successful in the popular media and respected by the fine-art community during his lifetime. His photographs’ ability to navigate between these two realms comes from the strong emotional connection forged between the viewer and the characters in his photographs, as well as from Weegee’s skill at choosing the most telling and significant moments of the events he photographed.” His books – Naked City (1945), Weegee’s People (1946), and Naked Hollywood (1953) – have become cult classics. 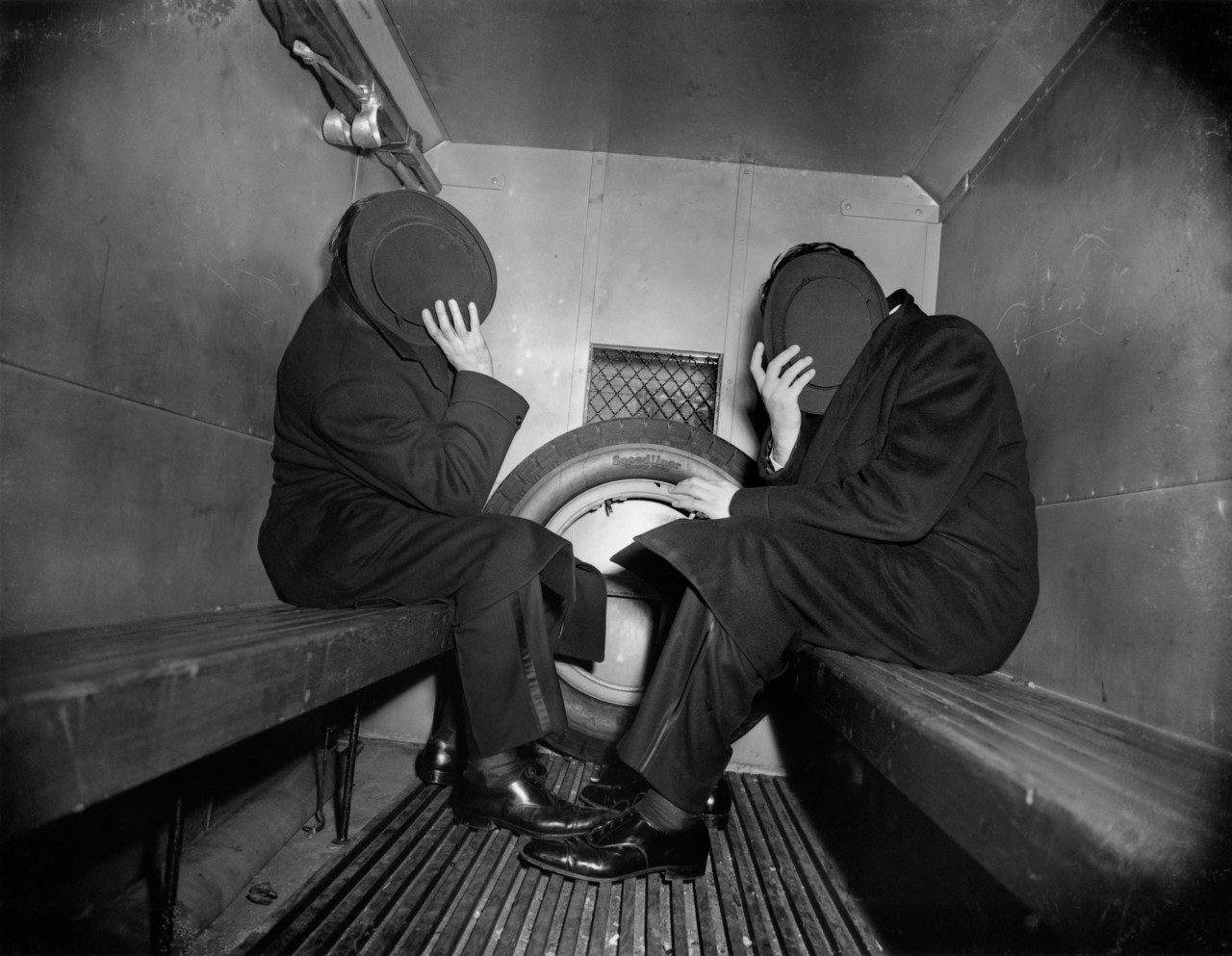 "Weegee came to be known for “his” New York – edgy, black and white, shot with a flash – and fast gained recognition" 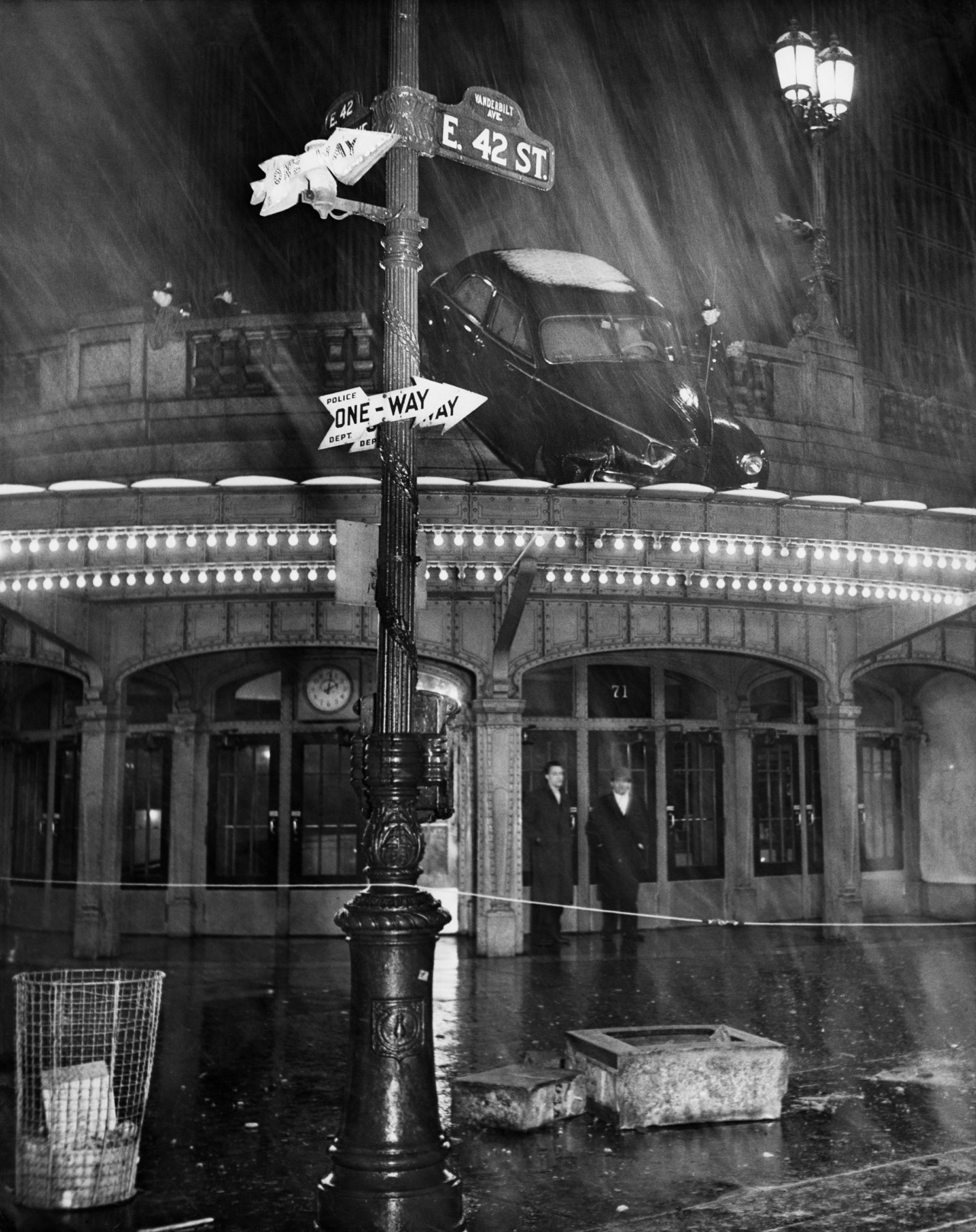 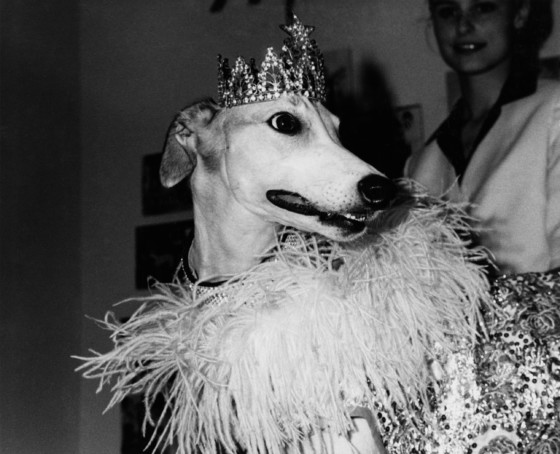 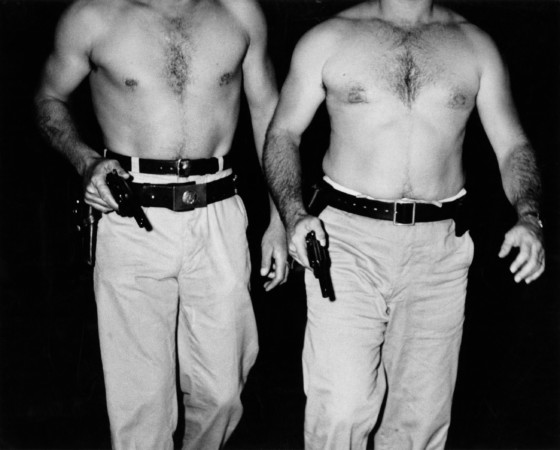 In 1945, he moved to Los Angeles, where he made glamorous portraits of celebrities and started his experimental Distortions series, featuring Marilyn Monroe and Richard Nixon. He also started working with 16-millimeter film, and produced a number of short, eccentric motion pictures in the U.S. and in Europe. In 1953, he returned to New York to teach and write about photography. In 1961, attesting to his fame and popularity, he was photographed jumping by his friend Philippe Halsman, and hence joined a pantheon of luminaries including Robert Oppenheimer, Edward Steichen, Audrey Hepburn, Salvador Dalí, Marilyn Monroe, John Steinbeck and Aldous Huxley, all of whom the Magnum photographer had captured mid-air. 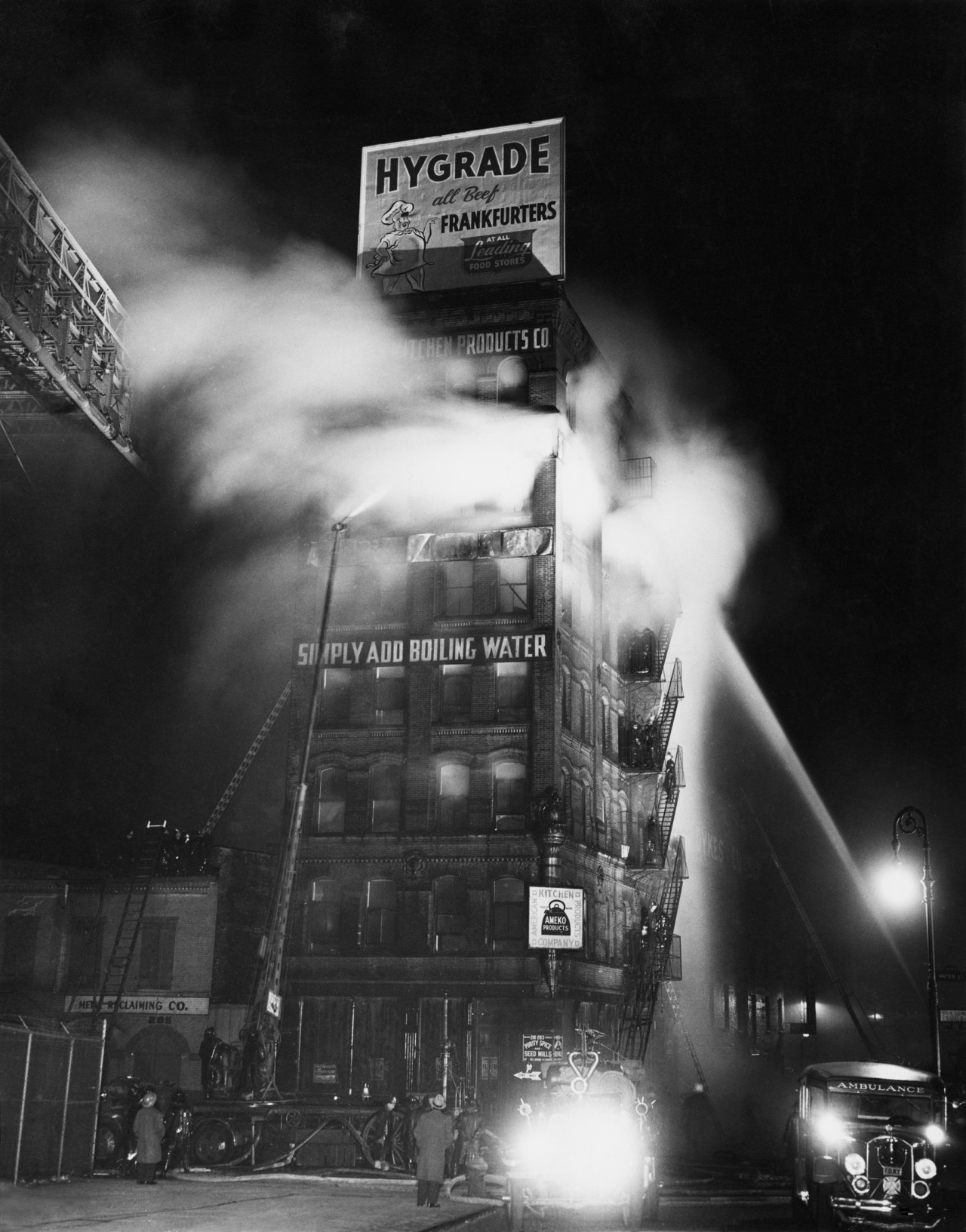 "this is where the beauty and enduring power of Weegee’s work lie: seemingly detached, he was in fact acutely aware and critical of what the Situationist philosopher Guy Debord would later describe as “The Society of the Spectacle”" 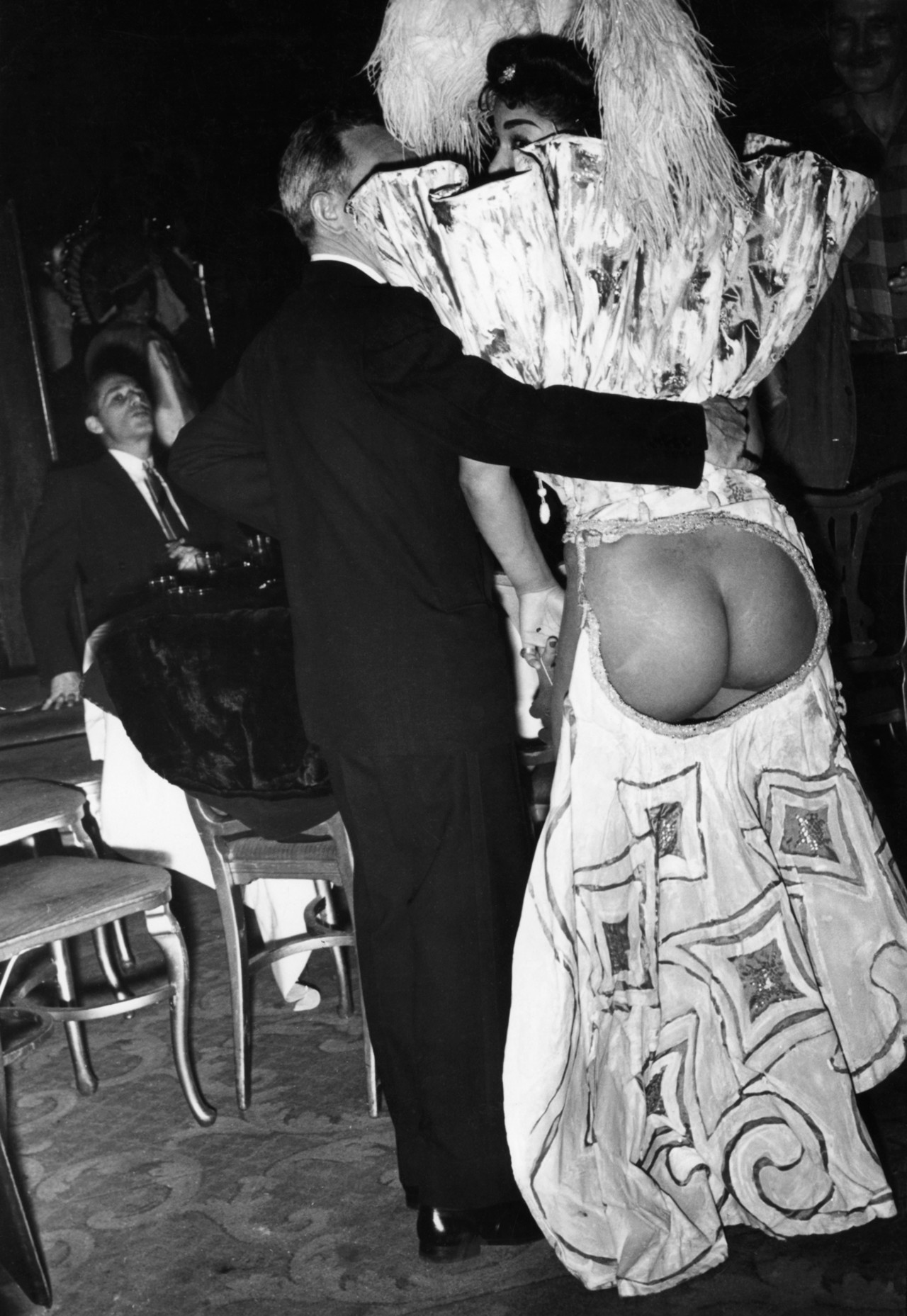 Magnum Photos was founded in 1947, two years after Weegee’s Naked City was published. Many Magnum photographers admired and collected his work. In 2010, Magnum organized the exhibition “The City Stripped Bare,” a tribute — in disguise — to Weegee’s world, featuring the works of Burt Glinn (who also shot at Sammy’s in the 1940s); Leonard Freed, Jim Goldberg, Patrick Zachmann and Antoine d’Agata, all of whom, like Weegee, had chosen the city’s underbelly as their subject. Another Magnum photographer comes to mind: Bruce Gilden, with his raw and gritty street photography, his taste for misfits and unconditional love for New York. When asked about Weegee’s work, Gilden says “Their First Murder” (1941) is one of his all-time favorites. The photograph –a group of children bursting out of the frame – was published in PM Daily on October 9, 1941, with Weegee’s own text (written on his famed typewriter, smoking his famed cigar): “Brooklyn School Children see Gambler Murdered in Street. Pupils were leaving P.S. 143, [Sixth Ave. and Roebling St.] in the Williamsburg section of Brooklyn, at 3:15 yesterday when Peter Mancuso, 22, described by police as a smalltime gambler, pulled up in a 1931 Ford at a traffic light a block from the school. Up to the car stepped a waiting gunman, who fired twice and escaped through the throng of children. Mancuso, shot through the head and heart, struggled to the board and collapsed dead on the pavement. Above are some of the spectators. The older woman is Mancuso’s aunt, who lives in the neighborhood, and the boy tugging at the hair of the girl in front of him is her son, hurrying away from her. Below is what they saw as a priest, flanked by an ambulance doctor and a detective, gave the last rights over the body. 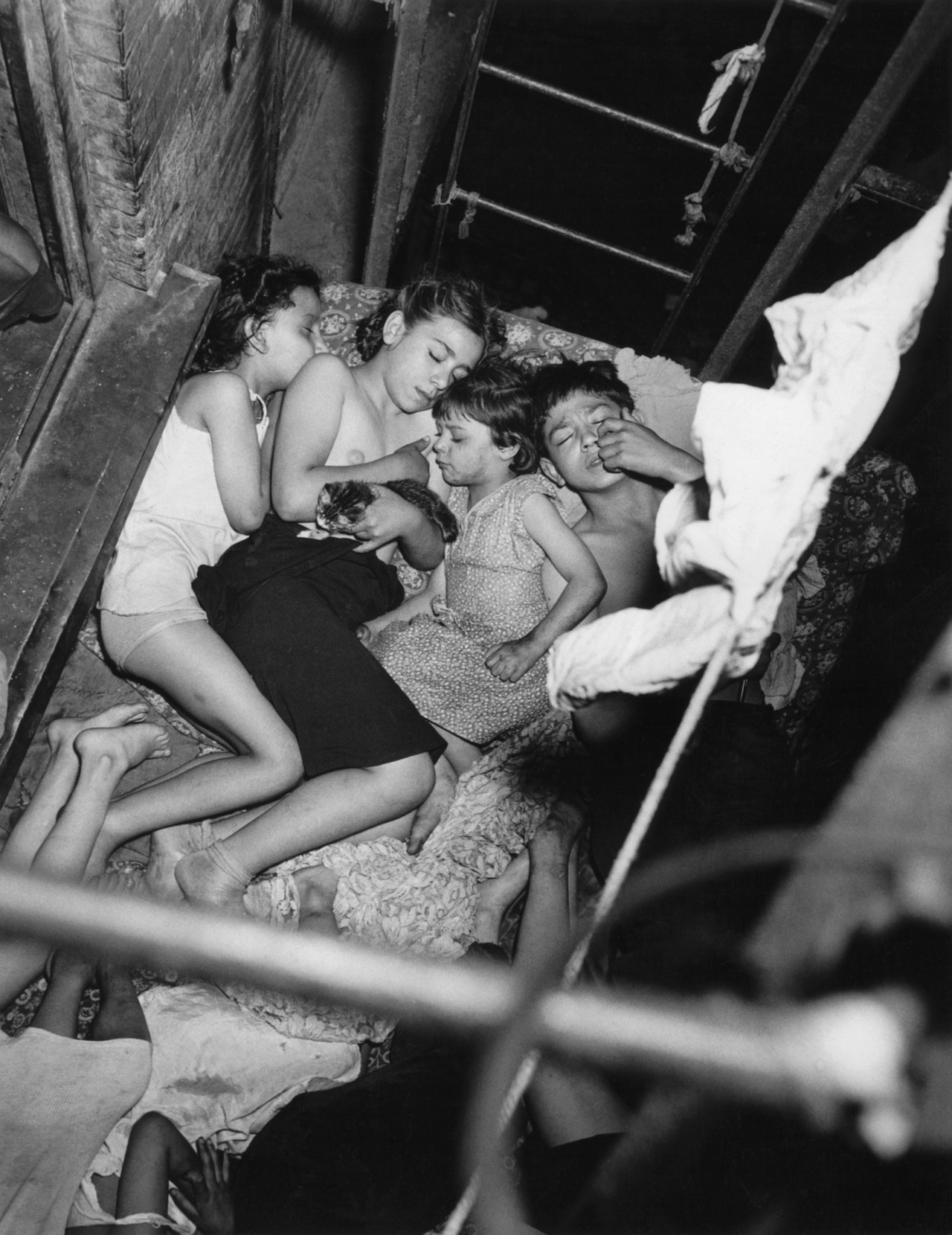 "Weegee captured the stark juxtaposition of fabulous wealth and dire poverty, in a gotcha style that anticipated the commercial appeal of paparazzi decades later" 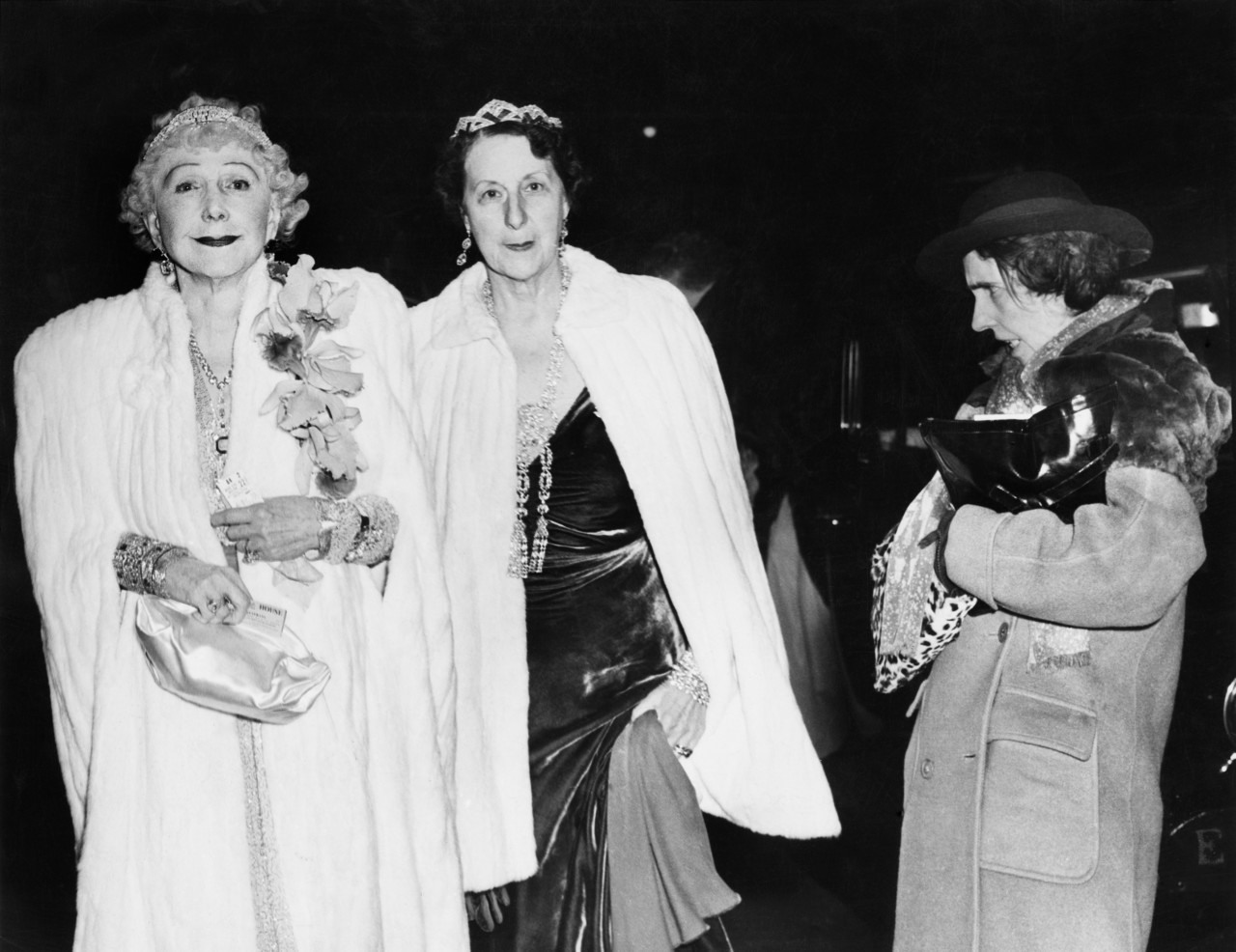 Gilden also greatly admired “The Critic”. TIME selected it as one of the 100 most iconic photos of all time. The editors explained: “In 1943, Weegee turned his Speed Graphic camera’s blinding flash on the social and economic inequalities that lingered after the Great Depression. Not averse to orchestrating a shot, he dispatched his assistant, Louie Liotta, to a Bowery dive in search of an inebriated woman. He found a willing subject and took her to the Metropolitan Opera House for its Diamond Jubilee celebration. Then Liotta set her up near the entrance while Weegee watched for the arrival of Mrs. George Washington Kavanaugh and Lady Decies, two wealthy women who regularly graced society columns. When the tiara- and fur-bedecked socialites arrived for the opera, Weegee gave Liotta the signal to spring the drunk woman. With that flash, Weegee captured the stark juxtaposition of fabulous wealth and dire poverty, in a gotcha style that anticipated the commercial appeal of paparazzi decades later.” Indeed, this is where the beauty and enduring power of Weegee’s work lie: seemingly detached, he was in fact acutely aware and critical of what the Situationist philosopher Guy Debord would later describe as “The Society of the Spectacle” (1967). 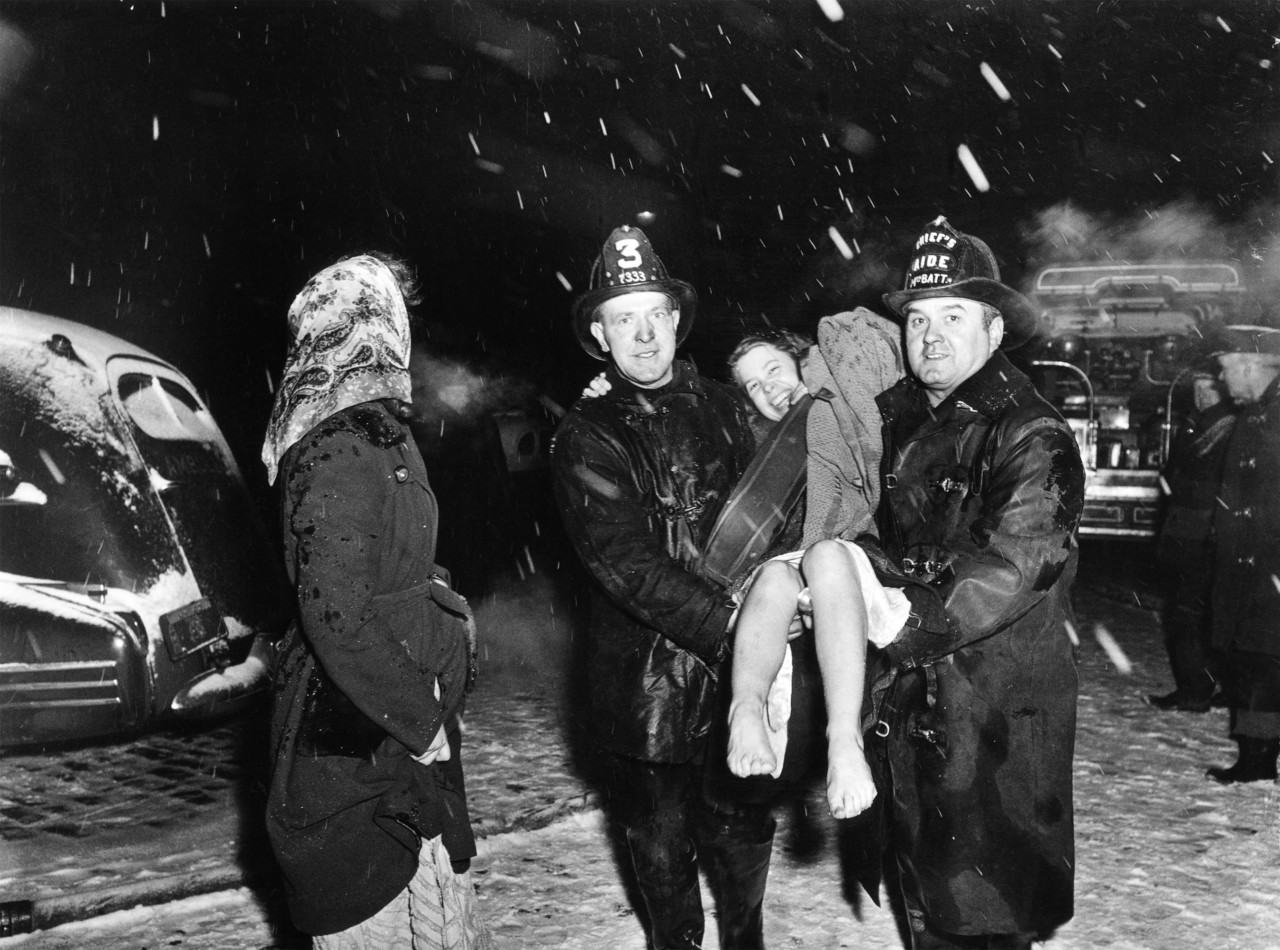 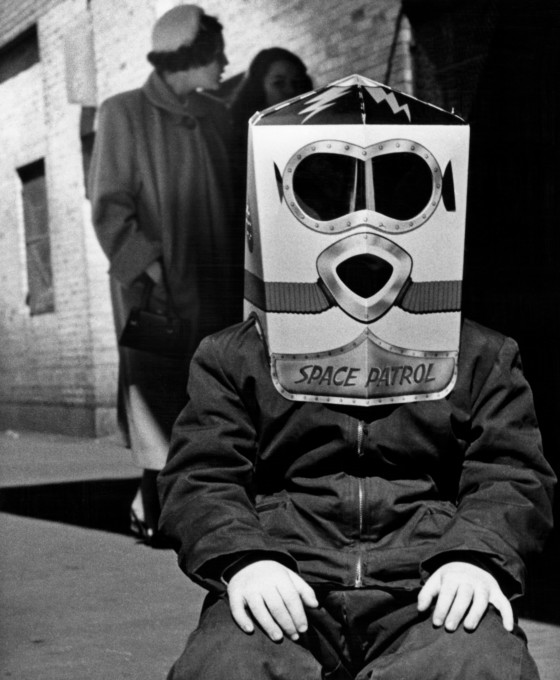 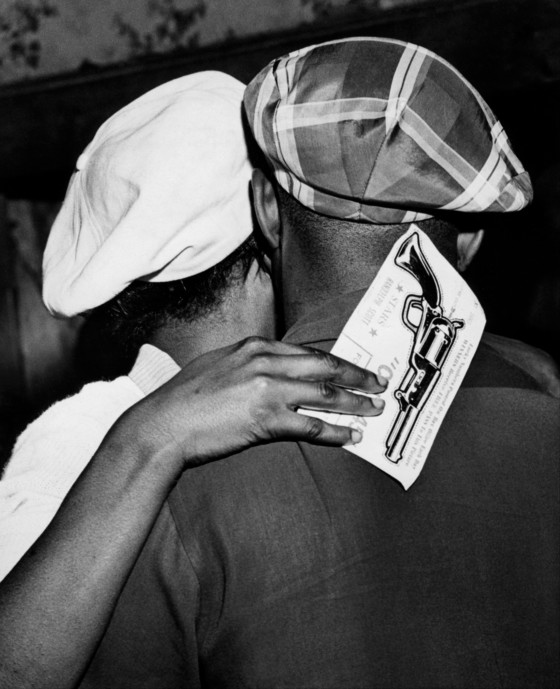 The International Centre of Photography (ICP) and Magnum Photos are part of the same family: ICP was founded in 1974 by Cornell Capa, a member of Magnum, to preserve the archives and legacy of his brother Robert Capa, one of Magnum’s founders – and to promote what he defined as “concerned photography.” Aside from Capa, ICP has organized a great number of exhibitions of and publications about Magnum photographers, including Chim (David Seymour), Henri Cartier-Bresson, Susan Meiselas, Elliott Erwitt and Bruce Davidson. ICP has preserved Weegee’s archive for over 25 years, organizing many groundbreaking shows and publishing several publications over the years, all of which met great acclaim. Magnum Photos is delighted and honored to have this opportunity to celebrate Weegee’s legacy today, as the ICP Museum and School reopen in his beloved stomping ground, the Lower East Side.

You can view the full selection of estate-stamped Weegee prints here. 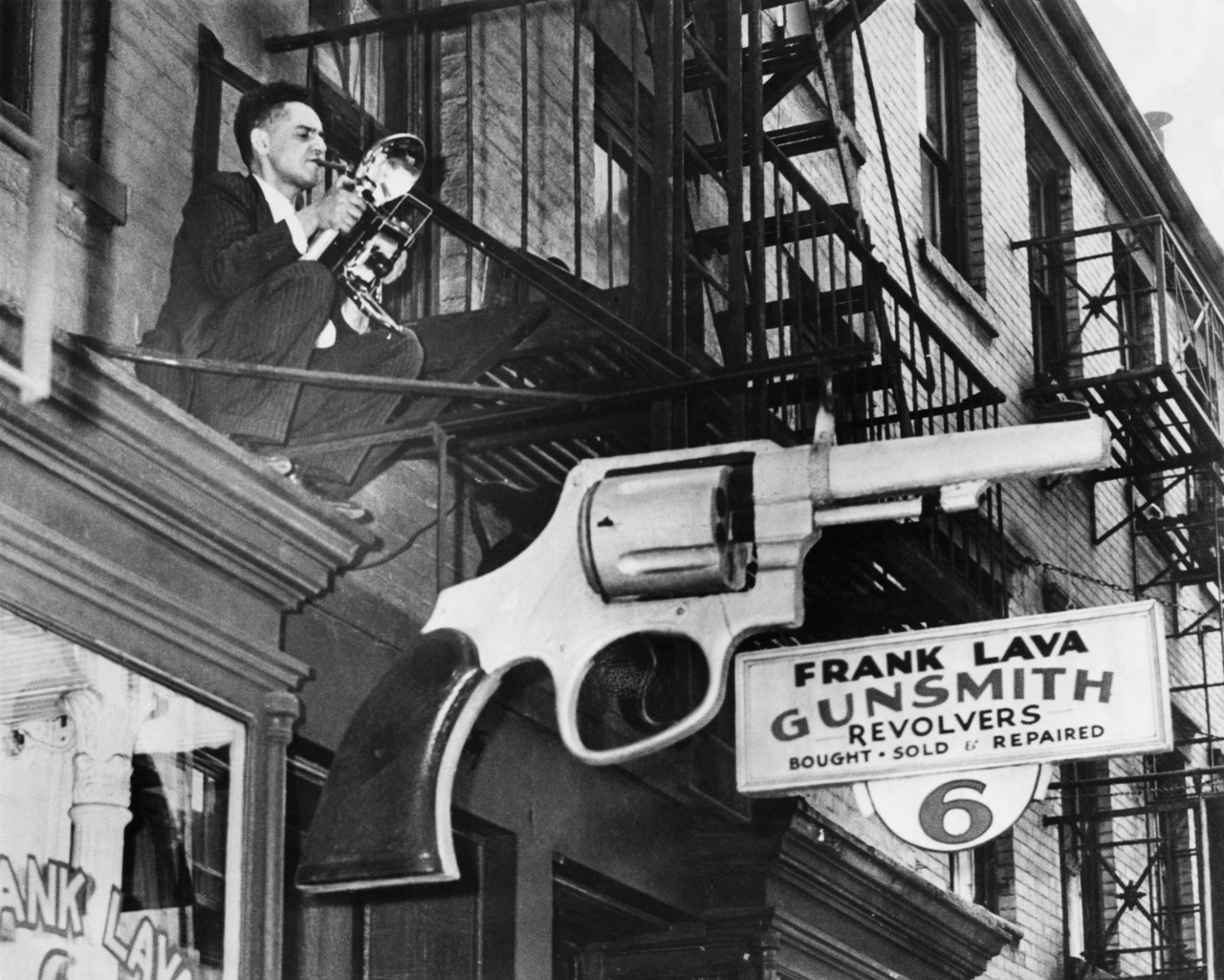