We reflect on Elliott Erwitt’s playful monograph, Between the Sexes 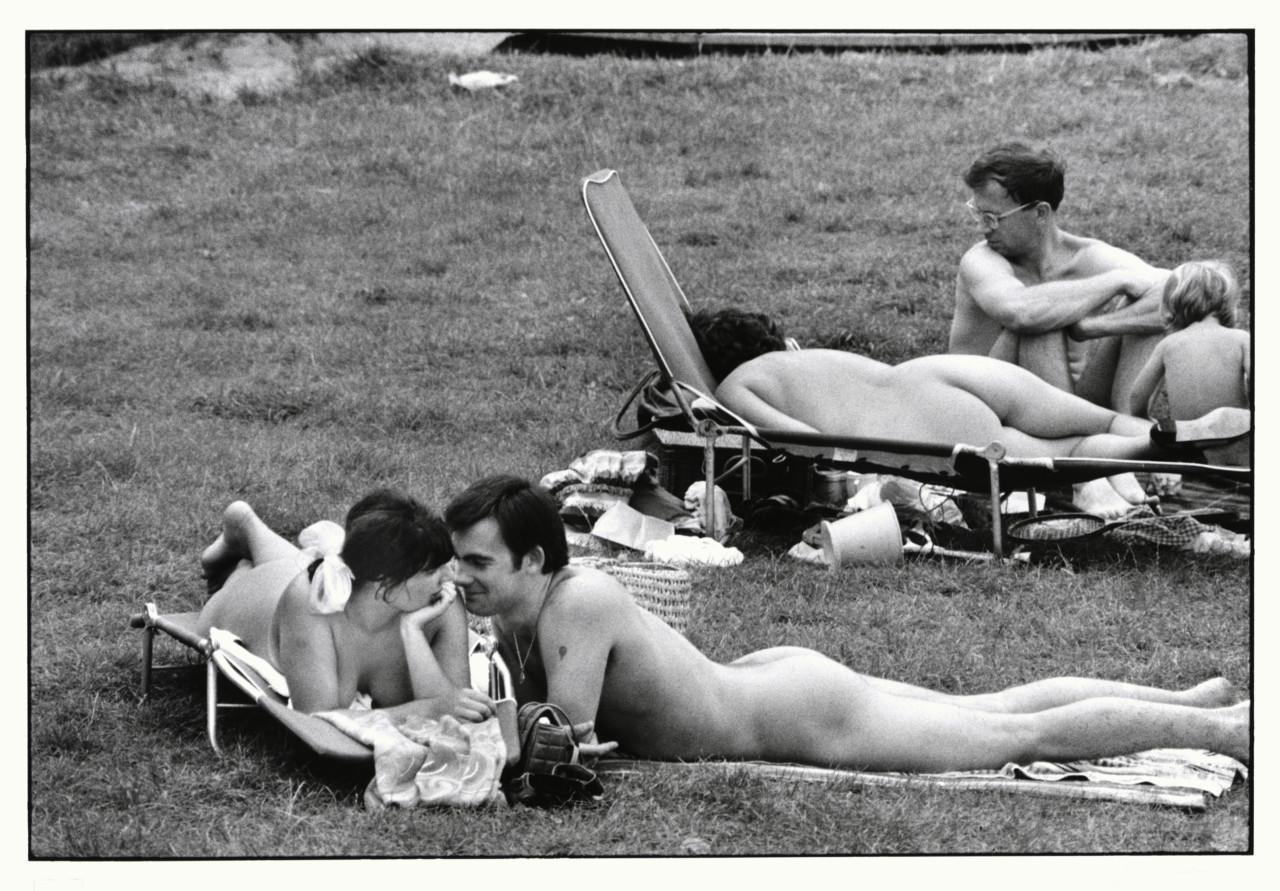 It’s perhaps unsurprising that Elliot Erwitt, with his laconic eye for multiple meaning, has been captivated by the enigma of ‘couples’ for his entire career. “The subject is of great interest to me, having been half of one myself now and again—blissfully sometimes, sometimes not so,” says Erwitt. “I’ve taken many pictures on that subject in the natural course of my favourite pastime…photography.”

Though an assignment from a Japanese magazine requesting “photos of couples” first focused Erwitt’s mind to the subject, he realised he had in fact been documenting couples in their various stages of revelation for his entire career. “To my amazement, I found hundreds of pictures of things going on between women and men,” he said. “And hundreds more that seemed to elaborate that subject.” The collection eventually culminated in his monograph, Between the Sexes. 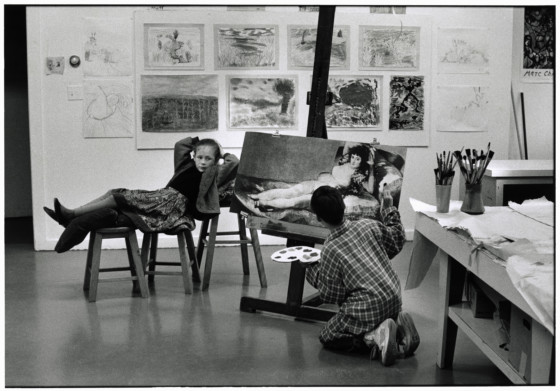 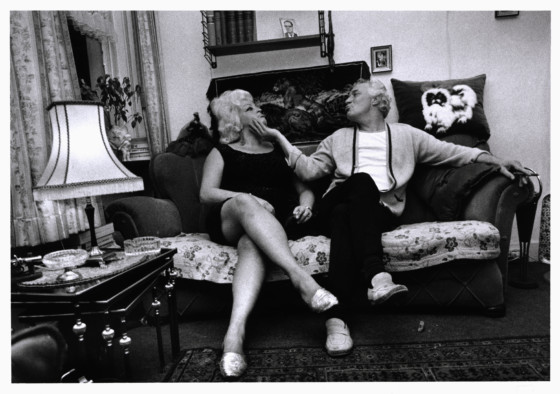 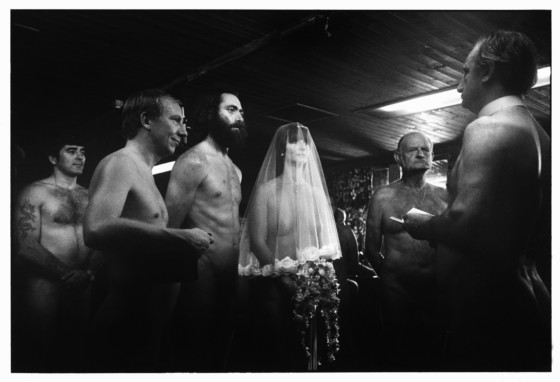 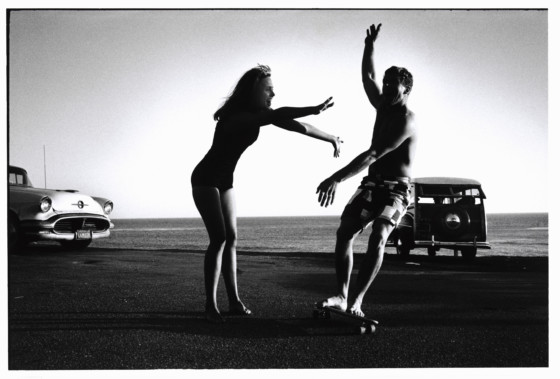 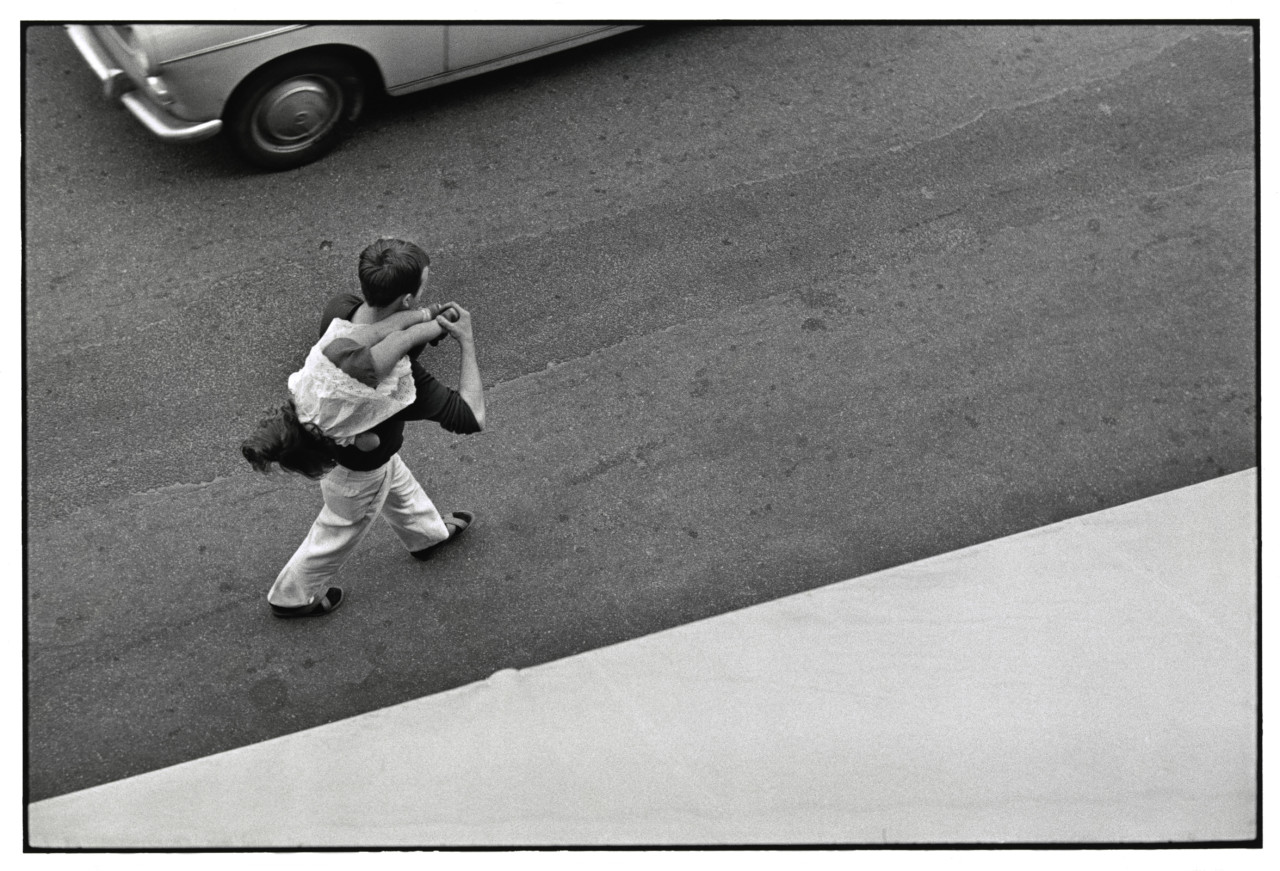 "Look at the Brazilians and southern Californians and other sun-kissed people, living in eternal spring. They are permanently libidinous bananas"

Erwitt’s precise observation of the human condition offers both blink-and-you-miss-it moments and scenes still developing. Both are particularly fruitful when applied to the subject of love. In the Spring of 1989, he was sat near the glass pyramid of the Louvre in Paris, “quietly watching and snapping the gradually developing mating ritual of this one couple.” The young pair take it in turns to photograph each other; the woman is particularly expressive, playing her part of muse and lover well. The scene closes with an embrace. “When they left, I snapped the empty space, just in case…and sure enough, another couple moved into the same spot and began their own ritual,” he says. “This may not be so unusual in Paris.” 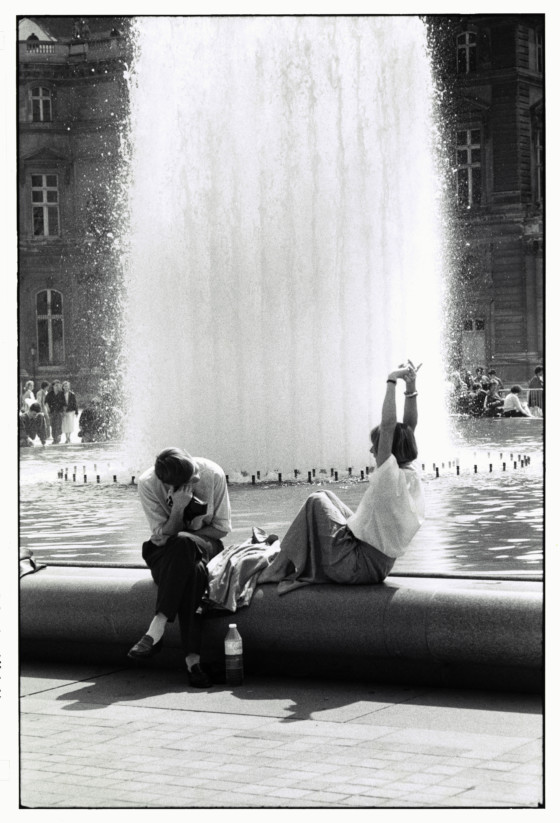 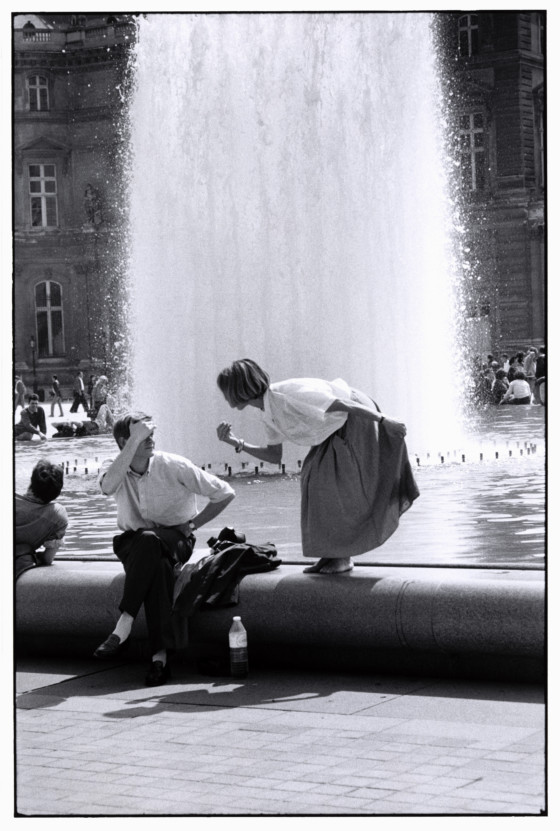 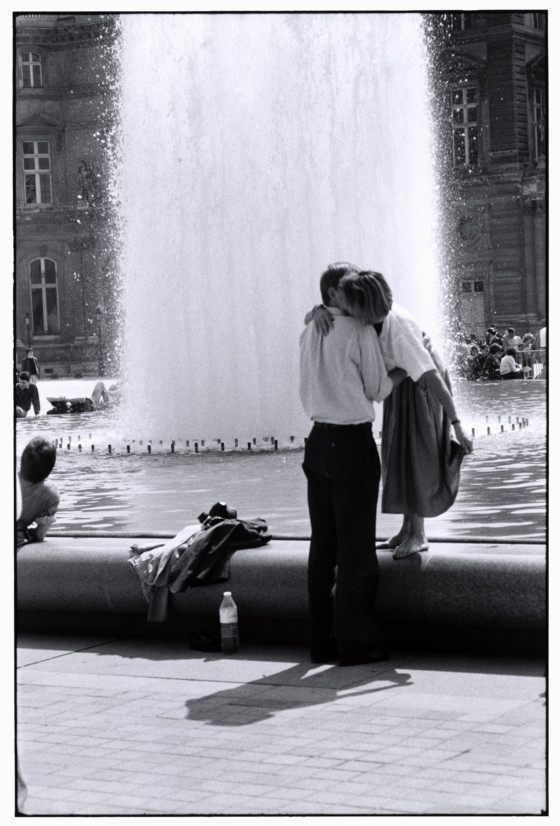 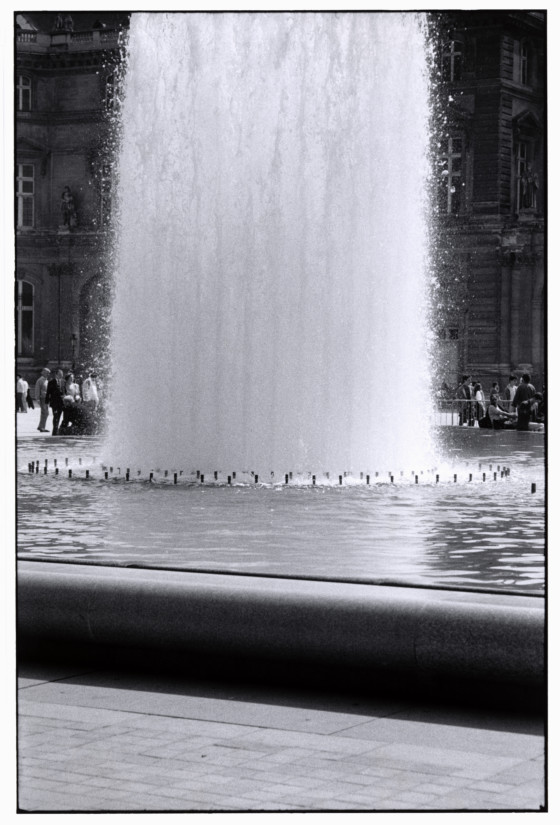 Romance does blossom outside the City of Love, however, and, unsurprisingly, different countries have found their own peculiar modes of courtship. In Kent, England, members of a nudist colony find joy in naked tennis, while residents of New Bakersfield, California take part in a Mr and Mrs. Rear End competition. Meanwhile in Taiwan, a couple in bridal wear take part in a symbolic ‘looking out to sea’ photoshoot, a favourite of Taiwanese newlyweds. As Erwitt concludes, culture and climate play a huge part; “Look at the Brazilians and southern Californians and other sun-kissed people, living in eternal spring. They are permanently libidinous bananas.” 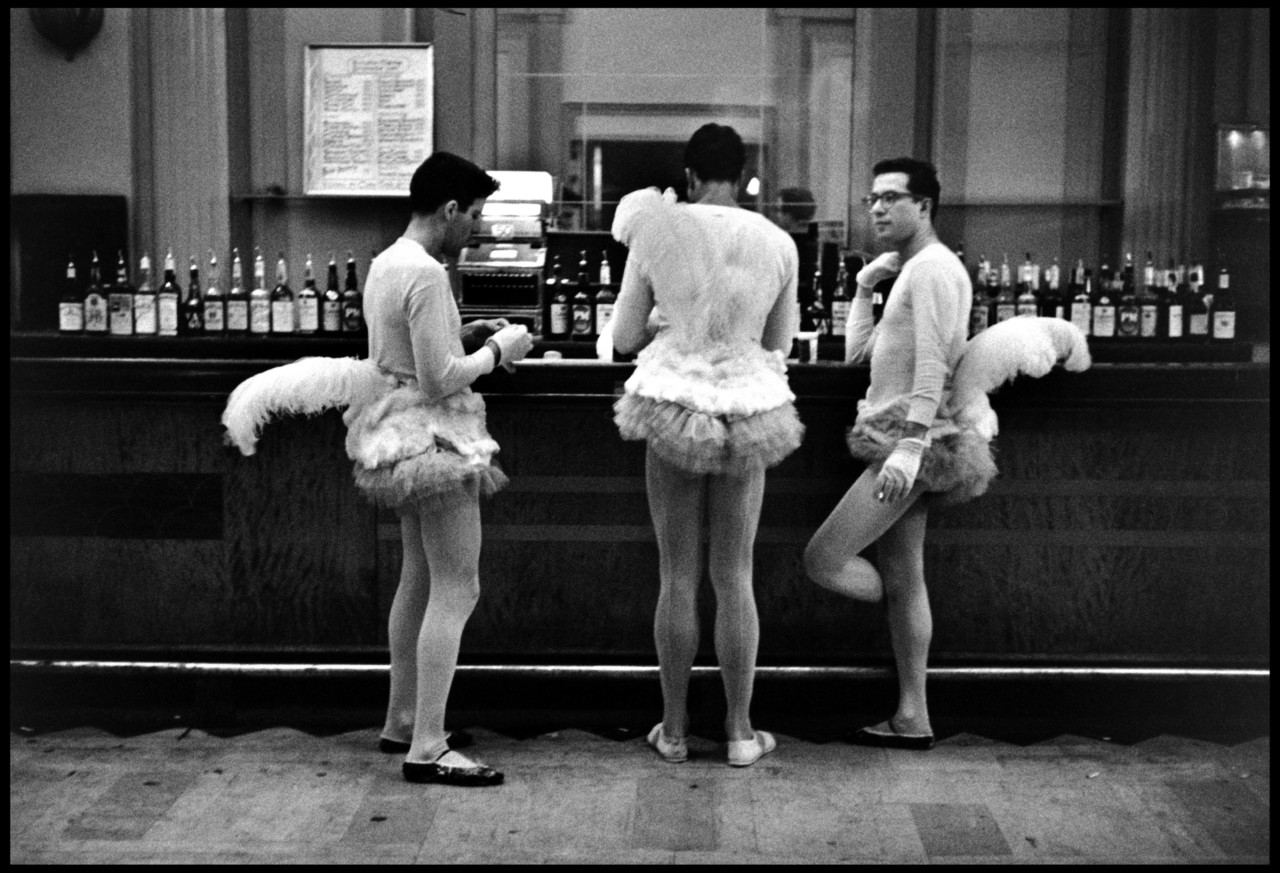 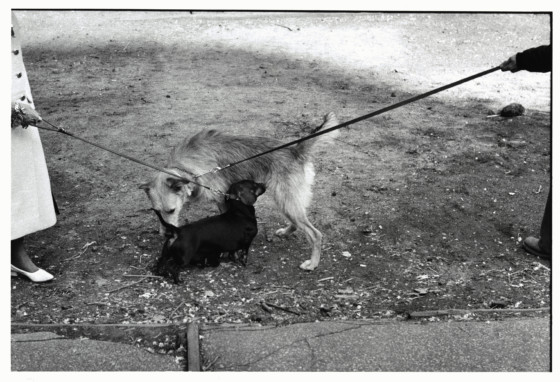 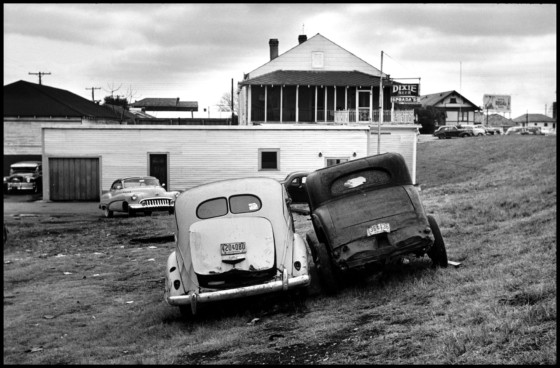 Popular culture would have it that romance is only reserved for the young. Not so in Erwitt’s world. “The old people you see in this book are energetic, confident, optimistic, or so I imagine. Old people touch me as much as young ones do,” he says. “The image of the very old couple dancing on a rooftop in Manhattan, smiling delicious smiles, oblivious to the people sitting around them in seeming isolation, melts me whenever I come across it.”

Romance is also not only for humans to enjoy: Erwitt elevates the courtship of dogs sniffing one other’s behinds, seals eyeing each other playfully, even two motorcars—nudged up close to each other—appear to be caught in a sentimental trist. Regardless of subject, Erwitt always wants the viewer to react on an emotional level to his pictures, “not with the brain”—and if that’s not some kind of romance, what is? 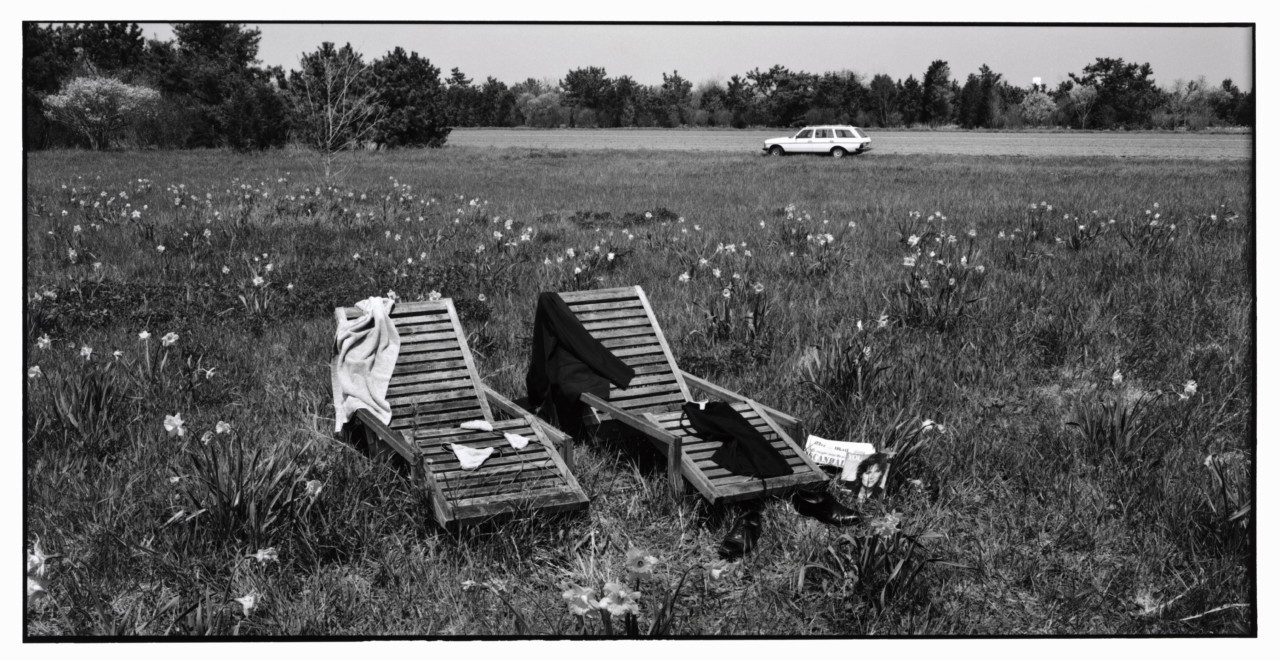