Inge Morath's photographs of Connecticut accompany a written portrait by her husband, the literary icon Arthur Miller, of their shared rural life together American playwright and essayist Arthur Miller and Magnum photographer Inge Morath were married for forty years, from 1962 to 2002. Their 1979 joint book In the Country offers a rare insight into the charms and oddities of rural life for the culturally distinguished couple, as well as the intellectual concern which, according to Miller, underpinned exterior appearances of life in Roxbury, Connecticut. The couple raised their daughter Rebecca in Roxbury and lived there until they died, in 2002 and 2005 respectively.

Miller’s work is known for its deconstruction of the myth of the American Dream. Death of a Salesman, one of Miller’s best-known literary works, won the 1949 Pulitzer Prize for Drama as well as that year’s Tony award for Best Play. It was adapted as a film in 1951 and 1985, the latter production starring Dustin Hoffman. Willy Loman, the play’s protagonist, lives his life with the belief that a successful career and personal happiness can be attained through charisma and popularity, something he fails to achieve, losing his job and, along with it, his sense of self worth. Despite his best efforts to pass on these values to his son Biff, Biff becomes a drifter and ranch-hand, but is happy. “There’s nothing more inspiring or – beautiful than the sight of a mare and a new colt,” he says. 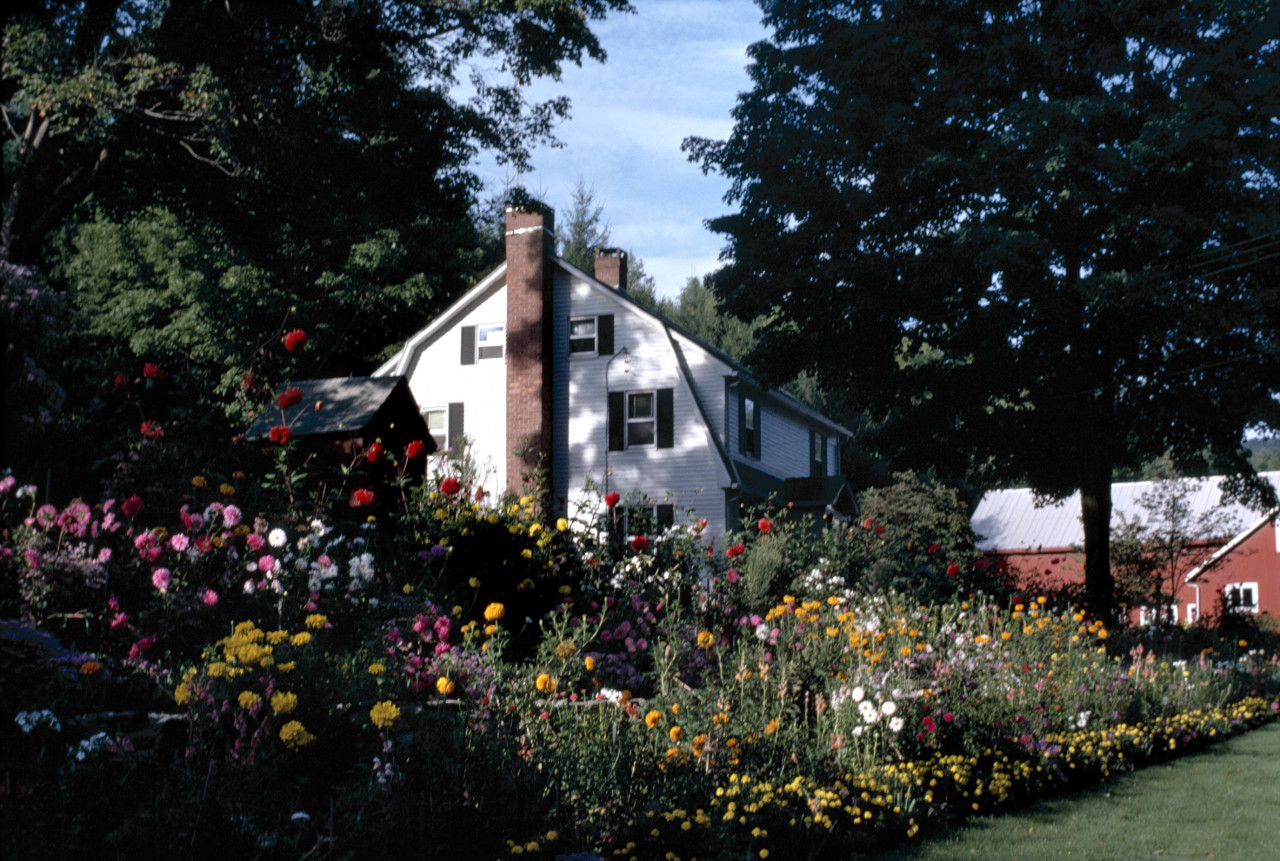 The playwright’s concerns in his literary works are echoed in his personal memoirs in In the Country, which use Morath’s unusually tranquil, yet characteristically offbeat, images of domestic life as a springboard to probe questions which he feels are simmering beneath the surface. Morath, known for her world-spanning documentary work and specialist interest in the arts, presents a contemplative perspective on her home life in this book. Here we share extracts from the book, which sees Miller grappling with 20th century issues regarding our definitions of community, and man’s place in society. 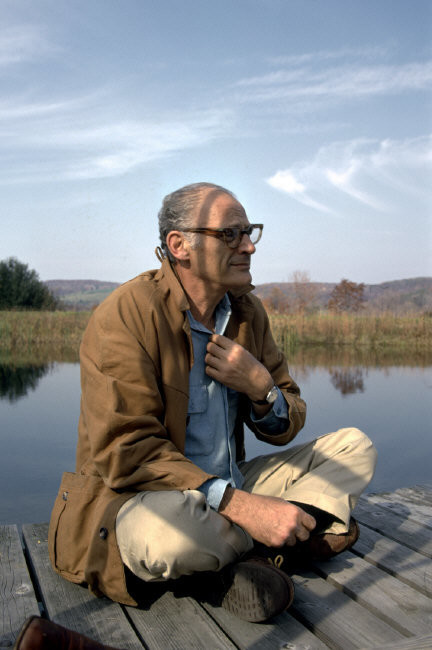 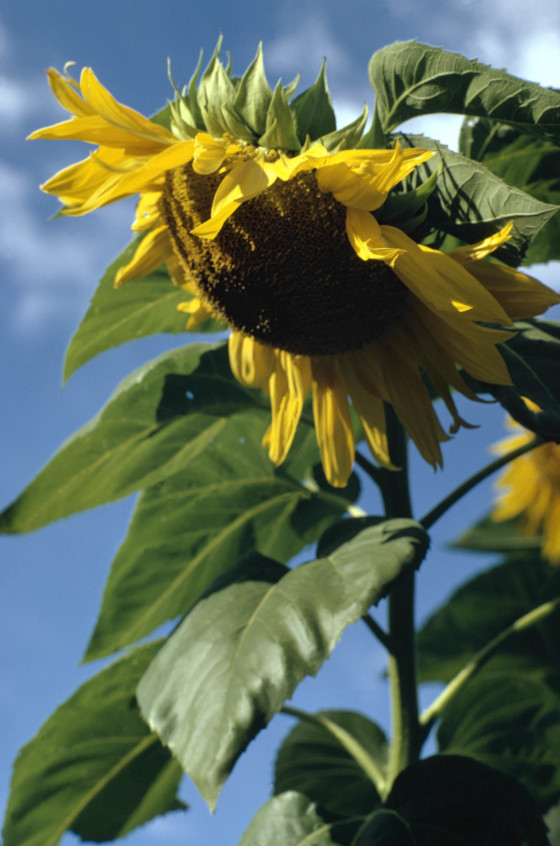 “Most of our writing – and hence, our ideas of ourselves and society – is done in cities by city men and women. Yet our fundamental myths derive from country and village life, particularly the idea of each individual being somehow present in the leadership of government, personally represented, in effect. In spite of this, only a handful of people have ever met their mayor, even fewer their governor, and fewer still the president; moreover, it is a rare citizen who can tell you his congressman’s name. A Chicagoan or a New Yorker held up in traffic by a hole being opened in the street will hardly wonder why he has not been consulted before the decision to dig was made. Driving to work one morning, he will discover that the toll on the highway he has travelled for years has been doubled, as if by magical forces beyond his furthest reach; calling a hospital he learns it has been closed. Not until his apartment burns is he likely to meet any of the firemen in his district, and if he is not a criminal or a giver of bribes he knows no policeman by sight or name. Nevertheless he is by legend, myth, and even religion the master of his fate and the ultimate source of power. And if, as frequently happens, he lapses into depression or cannot identify himself any longer and goes insane, he is either drugged into a biological euphoria or taught to ransack his illusions about his relatives for a clue to his spiritual deprivation, they being the only people he has ever known at all.” 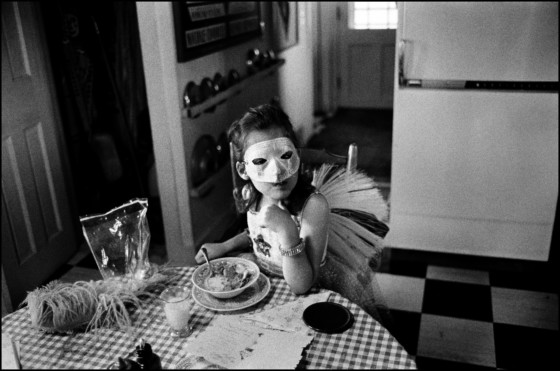 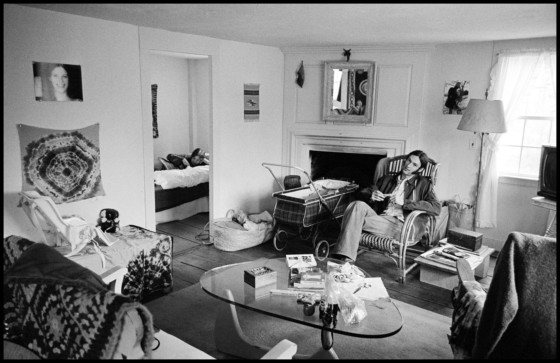 "There were cities when Genesis was written, and very old ones, but it is inconceivable that Paradise could be in any but a rural setting" 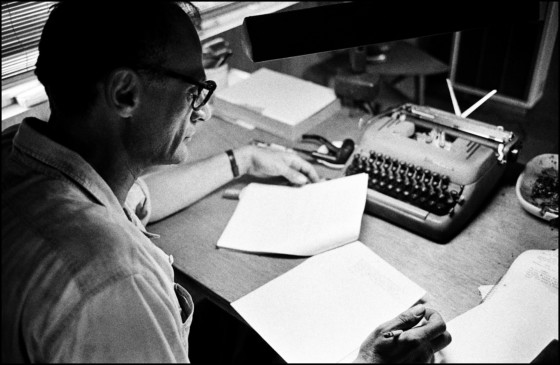 “There were cities when Genesis was written, and very old ones, but it is inconceivable that Paradise could be in any but a rural setting, and Cain, the first alienated man, is exiled not to a forest but to live east of Eden, among crowds of people.

If this age-old nostalgia for Eden is nothing more than an escape to an innocence that is itself suspect, nothing is lost in disposing of it as another human delusion. In any case, the majority of Americans–for the first time in history–live in cities now and will have to find salvation in the streets rather than on top of the ridge. To say that living on or near the land is substantively different is not necessarily to say that it is better for people than cities. For one thing, it is from the crowd that culture is made, however the crowd is despaired or despised.” “There used to be a drunk in a nearby village, an odd-job man who, starting every Saturday afternoon, could be relied on to emerge staggering from the local tavern. By evening he would break into song and wander about past the windows of sleeping householders giving a roaring public concert until he collapsed somewhere, indoors or out, no one knew quite where. One evening, a widowed lady in her sixties returned to her empty home around midnight, and after getting into her nightgown in her dressing room, walked into her bedroom and turned on the light. There on her bed lay the fellow in question, fast asleep fully clothed, his two-day whiskers against her starched white pillow. Amazed and indignant, she shook him awake and demanded to know what he thought he was doing on her bed.

He opened his rheumy eyes, saw the lady, and yelled, “I was soooo tired!” She pointed down the stairs and he followed her finger out onto the road. 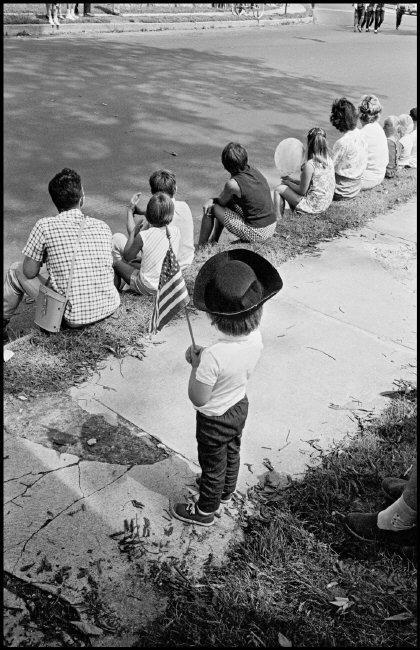 She had never met the man before, although she had heard about him and his drinking habits. Yet it apparently did not occur to her to make it a matter for the police, a forbearance which could have turned out to be a bad mistake, of course. What she did do was behave as though it were her house and her town and he simply had no right to be in her bed without asking permission. It is hard to imagine such confidence in a person less rooted in a place, a community, and hence in herself. The assumptions she made so unthinkingly would tend to dissipate in another kind of life, a life lived in an anonymous crowd. But that incident is twenty years past and perhaps there are too many strangers around now to make quite the same reaction possible any more. Doors are locked which hadn’t been since they were hung generations ago, and professionals cruise in vans watching for the unattended house to cart away anything from guns to pianos. The procedure is for one man to be dropped off to reconnoiter. If he finds someone at home he asks directions and walks down the road to be picked up a short distance away; otherwise the van returns in a few minutes and they go to work. It is always done in daylight when a passing neighbour will most likely imagine a delivery is being made. Cars are stolen, if the keys are left in them, right out of the owner’s driveway, and there is a thriving business in the burglar-alarm systems. And once a place is robbed, the news spreads up and down the country roads, leaving in its wake, at least for a few weeks, a special bitterness and that familiar urban helplessness before human perversity, but it is probably made a little worse by its contrast with the surrounding beauty of the natural world and its perpetual promise of Eden.” 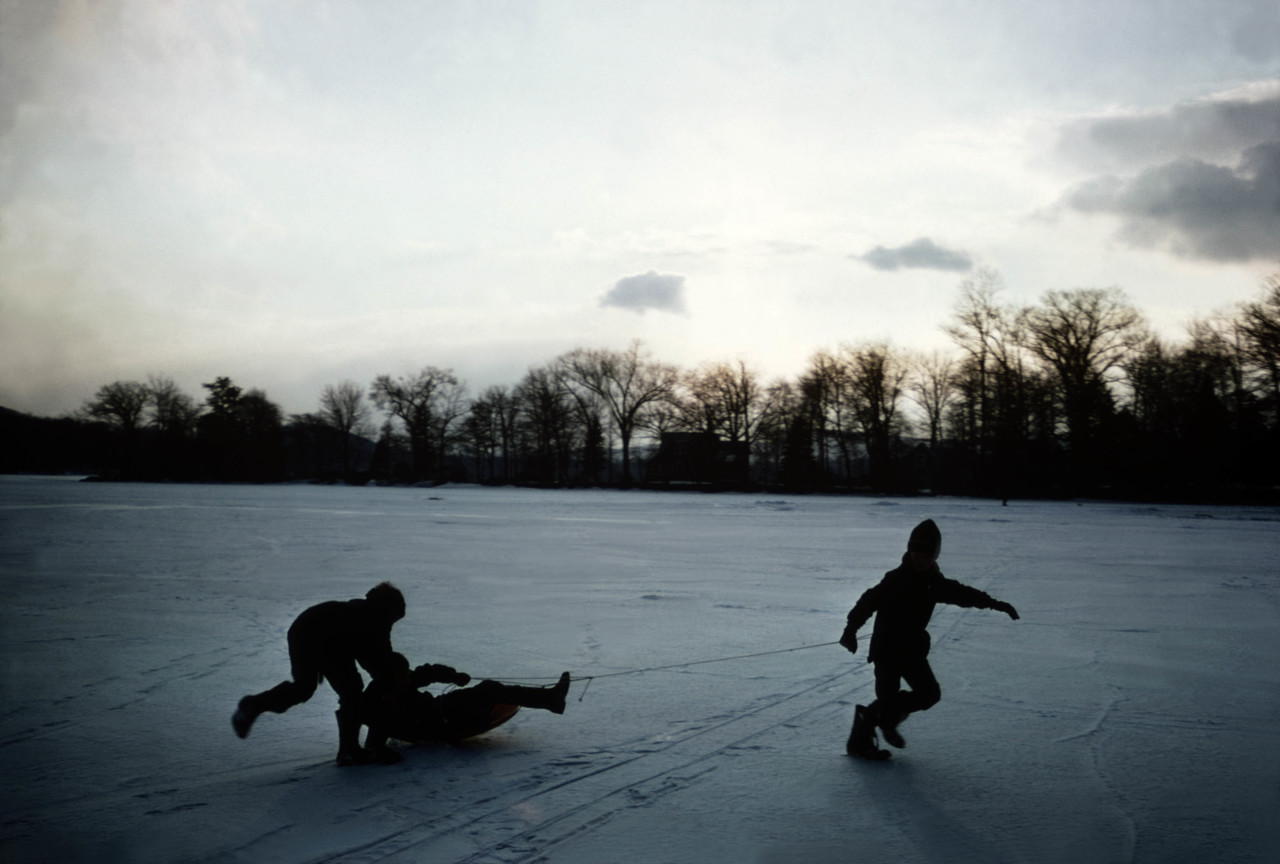