When Eve Arnold first became involved with Magnum in 1951, she was the first woman in what Henri Cartier-Bresson called a “community of thought”. She was joined soon after by Inge Morath. In the following decades, Marilyn Silverstone, Susan Meiselas, Mary Ellen Mark and Martine Franck were also added to Magnum’s ranks, along with Lise Sarfati, and then, Olivia Arthur, Cristina Garcia Rodero and Alessandra Sanguinetti. Magnum’s most recent female recruits are Carolyn Drake, Newsha Tavakolian, Bieke Depoorter, Diana Markosian, and Cristina de Middel.

In 1997, following the success of Eve Arnold’s retrospective exhibition which toured to the Scottish National Portrait Gallery, Sara Stevenson, its Curator of Photography, asked the photographer to suggest another show. Arnold chose to shine a spotlight on her fellow female Magnum colleagues, and so the group exhibition, showcasing their work – Magna Brava – came to be. 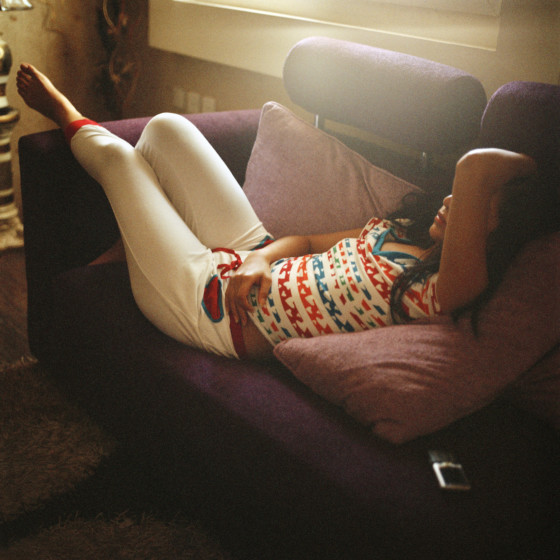 Having enjoyed support from her colleagues, Susan Meiselas, the only living Magnum member featured in original Magna Brava show, chose to pay things forward in 2018. As the Jeu de Paume plays host to a retrospective of her career, Meiselas has curated a show at Magnum’s Paris gallery to highlight the work of the other women Magnum photographers. Magna Brava Ongoing showcases work by 13 Magnum women, including the newest entrant to the agency, Magnum nominee Cristina de Middel. To further delve into the experiences of women photographers working in Magnum, we present a conversation between Susan Meiselas and Olivia Arthur on the topic, orchestrated by the journalist Giles Tremlett on the occasion of Magnum’s 70th anniversary in 2017. Here the photographers discuss their careers within Magnum, and offer an insight into working in an industry still dominated by men. Giles Tremlett: Has Magnum has ever felt like a boy’s club?

Susan Meiselas: The world feels like a boy’s club to me. Maybe it’s different for Olivia – we haven’t spoken about it, but I always ended up playing with boys so there wasn’t really any difference. But there are times when I feel women aren’t listened to, and they don’t speak up as loudly because it takes a lot to have the confidence to do so in a male dominated group, unfortunately. I think in terms of their own work; the important thing is how women go on to do the work they want to do.

Olivia Arthur: Yes, I mean you have to separate the two parts, one is making the work and the other is the industry that you work within. The industry – not just Magnum – is very male-dominated. But when you make the work you’re on your own. Personally, I think it’s easier to be a woman. It depends on the kind of work you want to make; in many cases it makes no difference at all, and in some cases, for example with some of the work I have done, it definitely helps that I’m a woman. Then you come back and then you have the industry side to deal with, where you have to fight a little harder to get your voice heard. If you can separate these things, if you go out and do your work just because you want to do your work, then it doesn’t matter who you are and nobody’s judging you in that way.

SM: Some issues are gender related, physical strength to some degree. It may not just be carrying cameras, it can be going up mountains or any number of other things. There are physical distinctions that have the advantage of being less threatening in certain times. 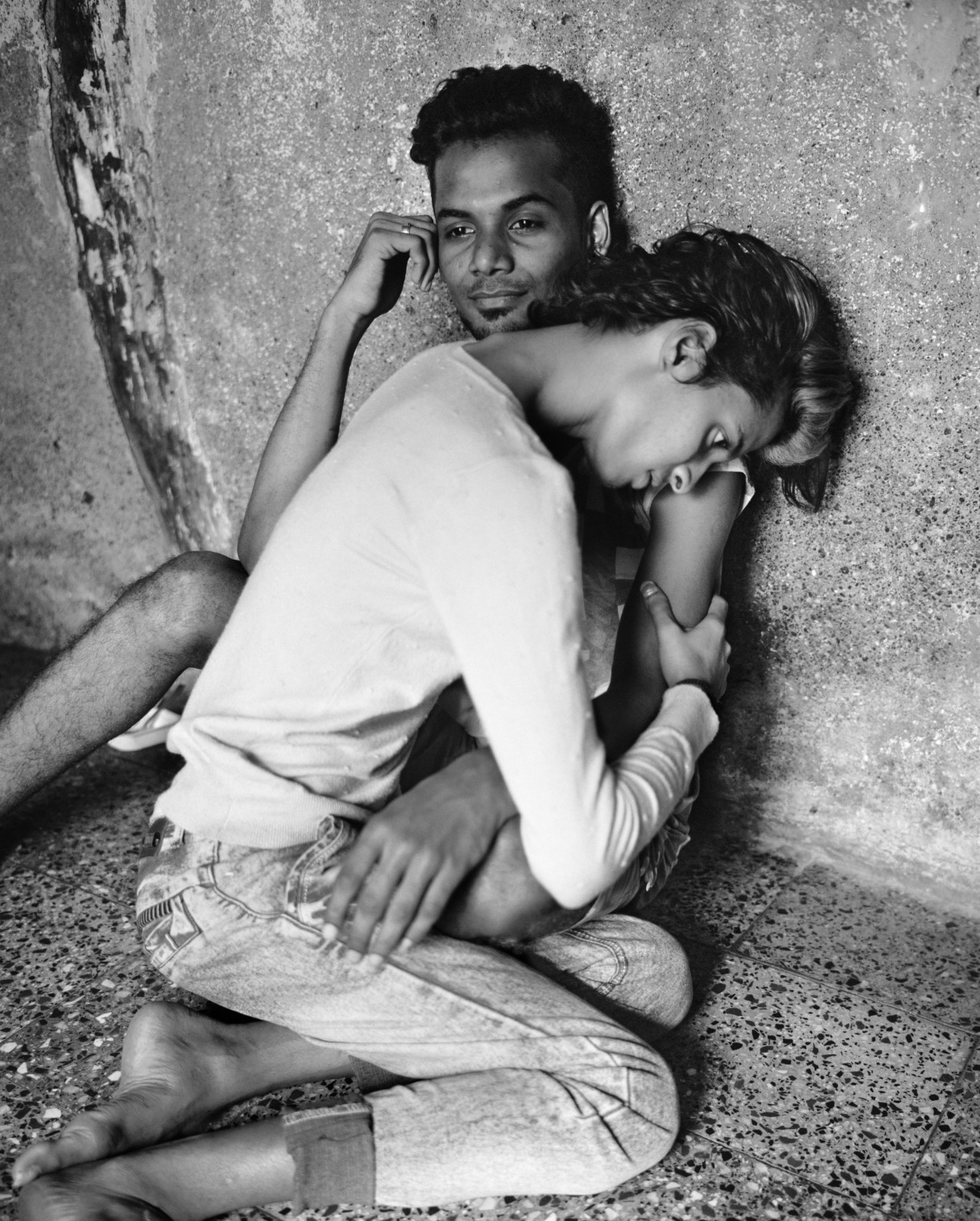 GT: Does that work for you in war zones?

SM: I didn’t have any feeling that I had less physical capability in the years that I was doing the hardest conflict work in the late Seventies and Eighties. I think that it probably has changed, not just physically but there is a whole new age of digital photography and expectation and ways of working that I’m less interested in. That’s a very important element to the shift that’s happened over the forty years that I’ve been working.

OA: I’ve never wanted to cover conflict or be in those sorts of situations. Who knows, maybe that’s my personality or maybe that’s an adrenaline that I don’t have a need for. I think you can’t go into those situations unless there is some adrenaline, it has got to be more than just going on an assignment, you have to have your heart in it. 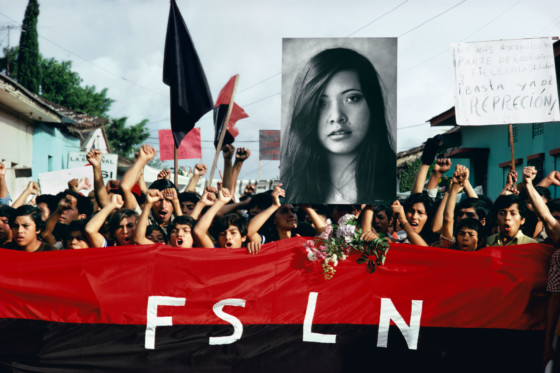 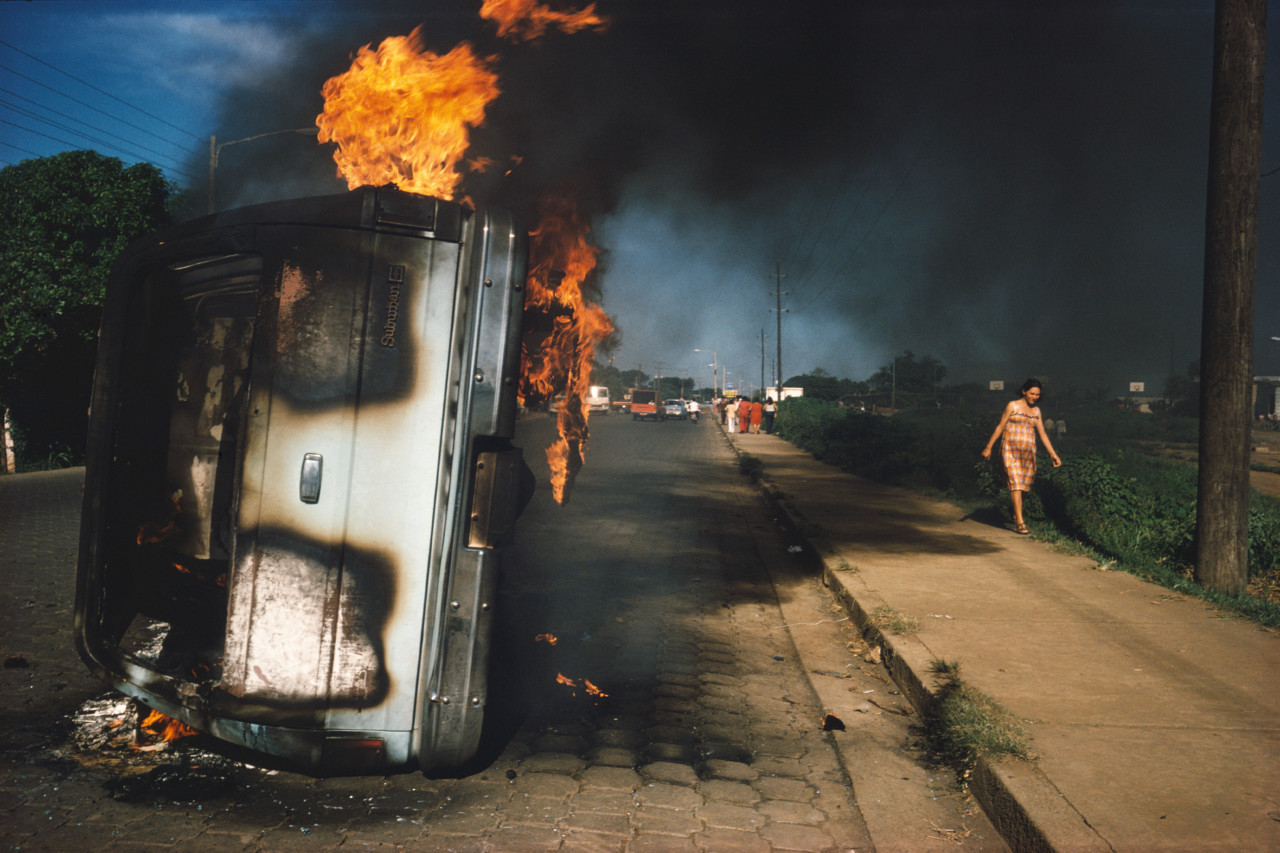 GT: I can see there would also be an advantage to being a woman and being less threatening in a war zone when everyone is nervous and trigger happy, running around in a slightly uncontrollable fashion. Do you think that’s possible?

SM: I wasn’t driven by adrenaline. I went to a place that was at a very different stage. When the war broke out I stayed – that’s very different. To me the situation evolved, and this was specific to Central America. I was involved, I was engaged in the process, I was fascinated by history and I wanted to watch it evolve.

SM: Yes, and that’s definitely an element I can feel. I just want to distinguish that I didn’t feel I needed to go to war. I went to a place that evolved into a war and by staying I was seeing not just an empty conflict, but their struggle also had political aspirations. That was something progressive in my mind, I wanted to see how it would play out. 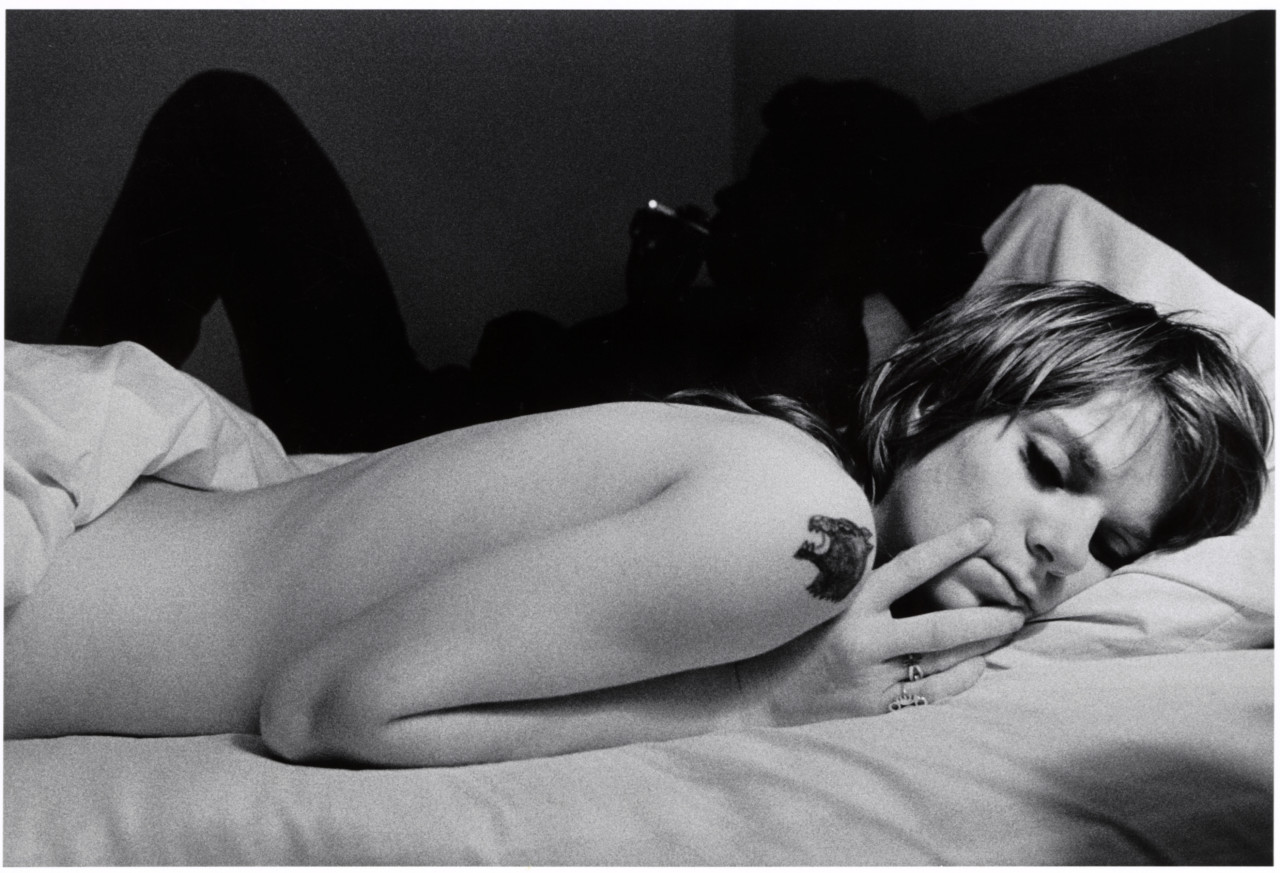 GT: I was more wondering whether a woman is a less threatening figure, might you find it easier to walk around a warzone?

SM: I think in many situations I have been in we may seem less ‘threatening’, even in my first work with Carnival Strippers, I was just curious and therefore I would assimilate and almost disappear.

OA: I always say that about my work. People don’t take you as seriously, not in a negative way, they don’t see me with a camera as a professional. I always tell people I’m a professional but they can’t quite believe it and they can’t quite imagine that their pictures are going to end up somewhere even though you’re telling them.

GT: So they relax far more?

OA: They let their guard down with me.

SM: It’s not surprising that you see, for example, women training in the US army. In the Seventies, there was a big question as to whether or not women would ever be allowed to go to war. You jump ahead thirty years to the frontline of war. It’s the women that are needed to talk to citizens in a different way, women listen more.

GT: Susan, if I think back to your early Carnival Strippers photos, how do you think they would have differed if they were made by a male photographer?

SM: I have often thought about whether or not the manager of the show or the girls who invited me back to their dressing room would have tolerated a man in there – I doubt it. Of course, they might have easily taken photographs from the front of the public fairground or inside the tent, especially today with their own iPhones. At that time, I don’t think it would have been likely for a man to have had long-term access to the dressing rooms as I did. 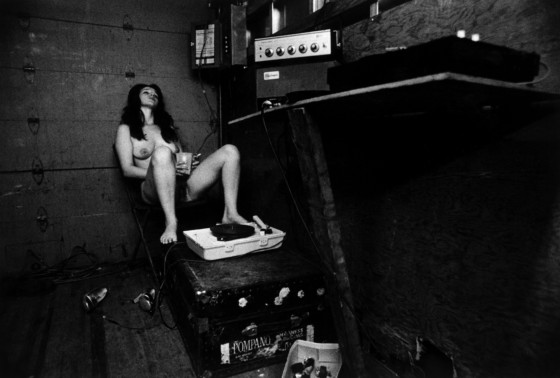 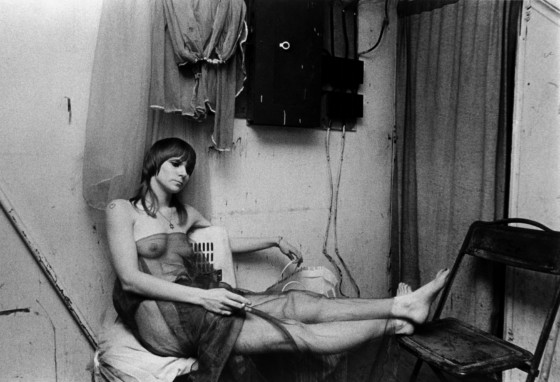 GT: Let’s imagine a male photographer had been given that access, do you think your sort of photos would be different to this imaginary other photographer?

SM: What I think people miss when they ask this question is that each of us will take different pictures – it’s just a fact. Say you had a picture that is unknown, unauthored, not iconic, would you be able to tell whether a male or a female took the picture? Really, it is one of those things where we assume there must be something there but I think the more important thing is looking over periods of time at how people worked and the way that they approached their subjects and project.

OA: How you use the images that you make, how you put them together, how you edit them, how you make your book, that really says a lot. There’s certain things we all look for, we might photograph it in slightly different ways, but how you then take that and put it out to an audience is really important. It’s not just about whether you click the button at this level or that angle. It’s about how you put the whole thing together and how you want to talk about the subject. SM: When I was doing the work in Central America there were a lot of men in the field. I was the only woman photographer initially and then progressively more came and now continue to be in the field of those kinds of conflicts. It’s very hard to separate out whether or not the work that I did and brought together was because I was a woman, but there were certainly different settings where people made other kinds of choices. I find this is a question asked often and it is never answered in a very satisfying way. Is that really the most interesting question, isn’t it more important to ask ‘So why was shooting Carnival Strippers important? Why was it important to listen to them, to take photographs, to edit them, to make the work?’ Looking back then and even now?

OA: Exactly, that to me is really important, how you presented it. It wasn’t just about showing the women, showing some nudity and showing them in that kind of way but actually giving them character and giving them something more and so the whole story of their world becomes much more fascinating.

OA: People want an example of is it easier to be a woman, with this work –  it would be entirely impossible as a man. Jeddah Diary is very extreme on that level. I had so much access, I was so much into this world that would be absolutely impossible to be seen by a man that I couldn’t photograph which is why I had to cover the faces of a lot of them. This work became really contradictory because they didn’t want to show their faces. Then they have to cover their faces or put on their hijab, I fought with this a lot. The book became quite a lot about this line between what we can show and what we can’t show.

Magna Brava Ongoing is at the Magnum gallery in Paris until April 27, 2018. 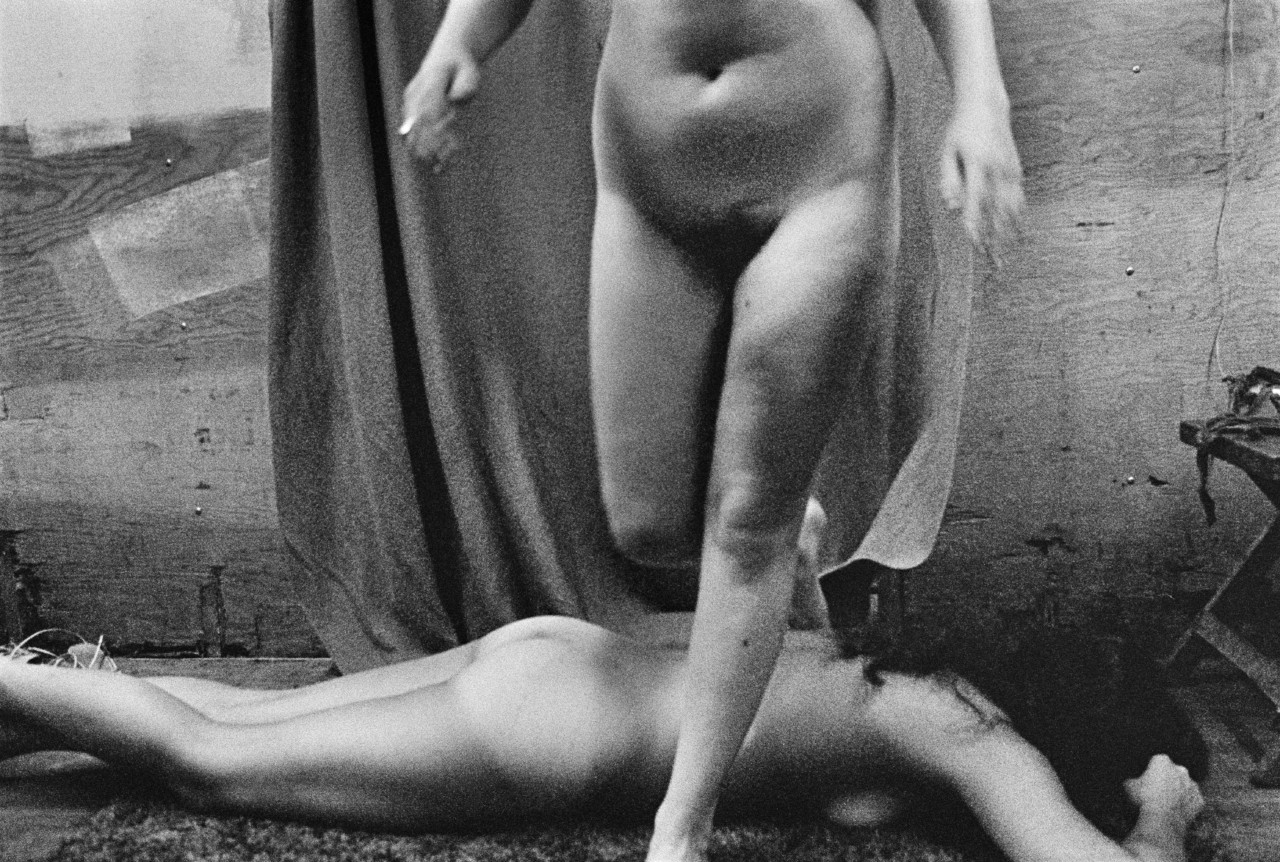