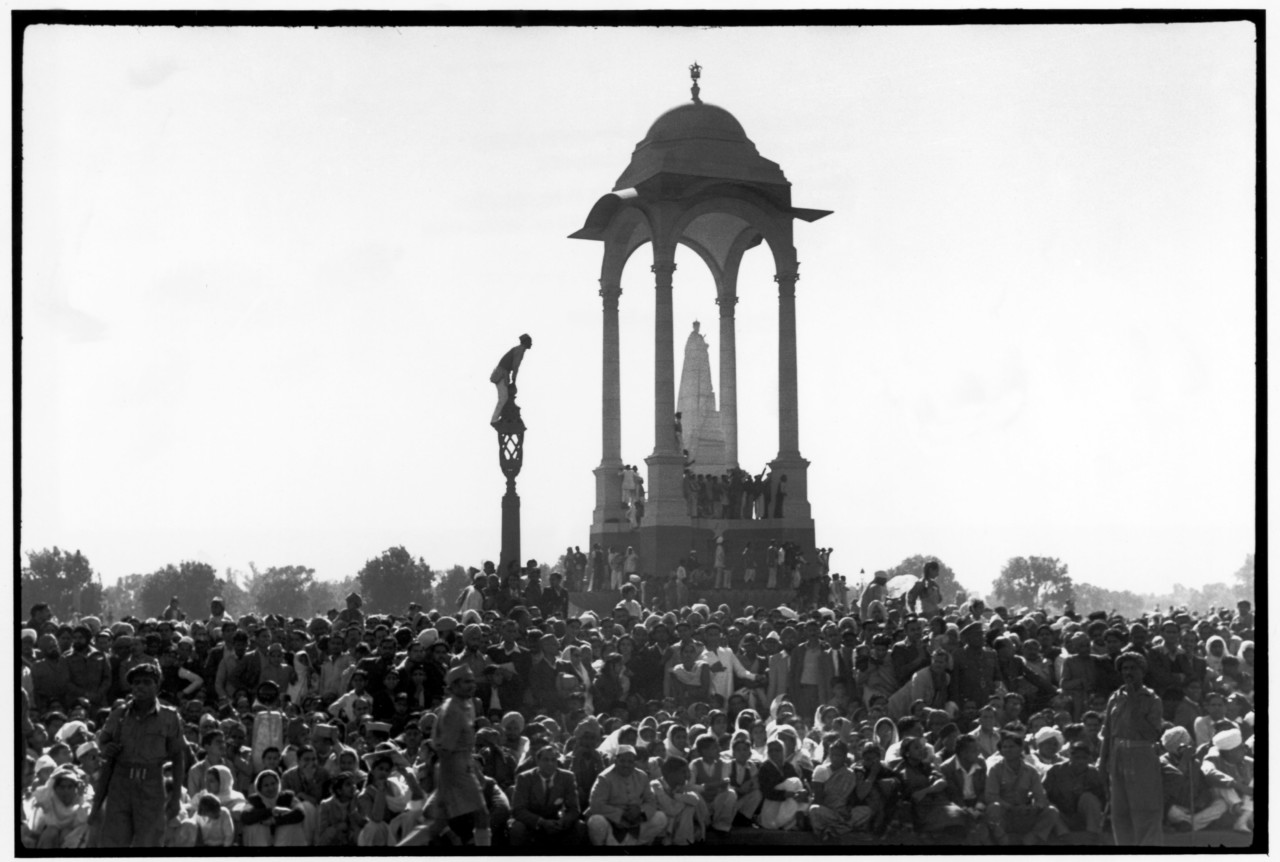 Throughout his career, Henri Cartier-Bresson defined himself as the antithesis of a traditional photojournalist, famously writing: “I would like to stress my point of view: I have never been a storyteller.” The considerable influence of Surrealism on his practice is evident in his regard for photography as only being of any relevance as a tool for “instant drawing”. It was his colleague and Magnum Photos co-founder Robert Capa who encouraged Cartier-Bresson to make more documentary work, and indeed to visit India in the first place. 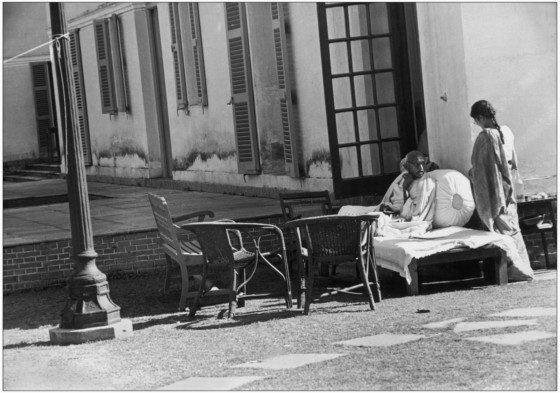 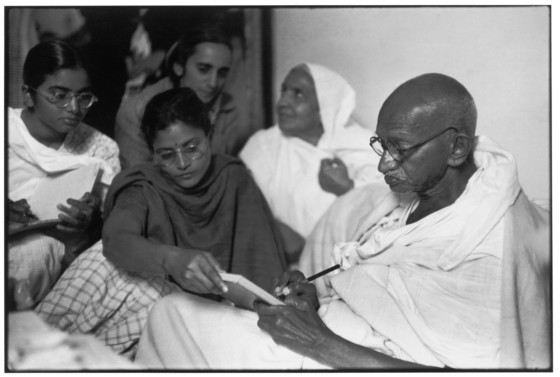 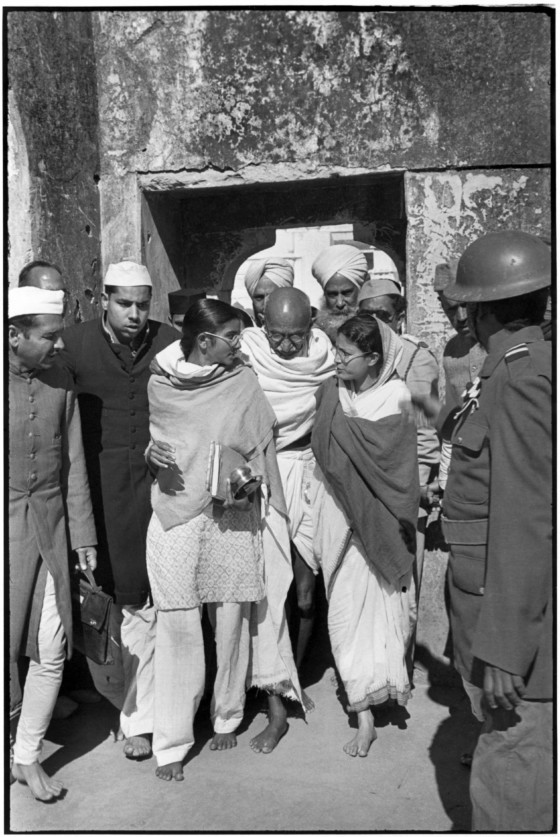 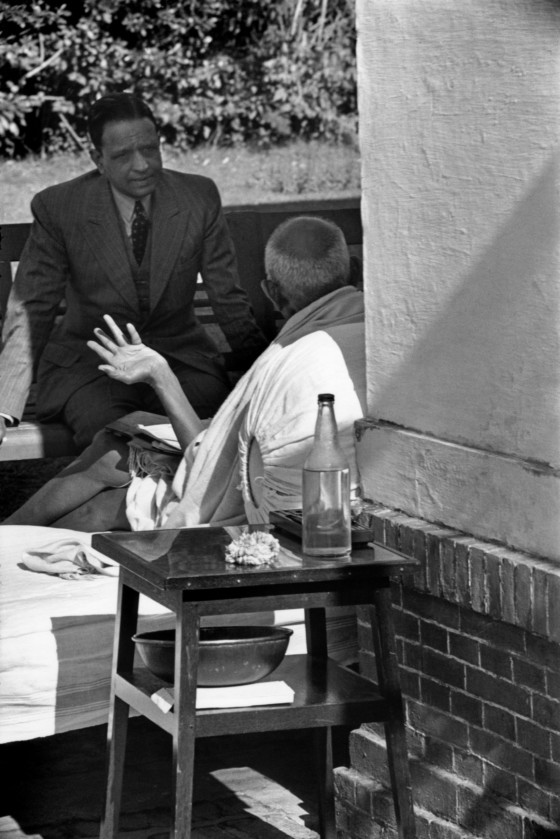 Cartier-Bresson initially set out to create a photographic essay that would capture the essence of the country, its past and present at a time of rapid social change. India’s recent independence from Britain had quickly deteriorated into unrest with the partition of the country into Hindu India and Muslim East and West Pakistan. At the centre of these upheavals was Mahatma Gandhi, who, after campaigning for India’s independence, was now protesting for the end of the violence between Hindus and Muslims. Cartier-Bresson had exclusive access to Gandhi, recording the activist’s hunger strike in protest of riots in which millions died. However, with the assassination of Gandhi on January 30, 1948, the day after he had taken his portrait, he unexpectedly found himself witness to a major historical event. The photographs Cartier-Bresson made in the aftermath of Gandhi’s death offer a unique visual record of the event, and epitomize, although perhaps not intentionally, what makes an iconic photo-essay. 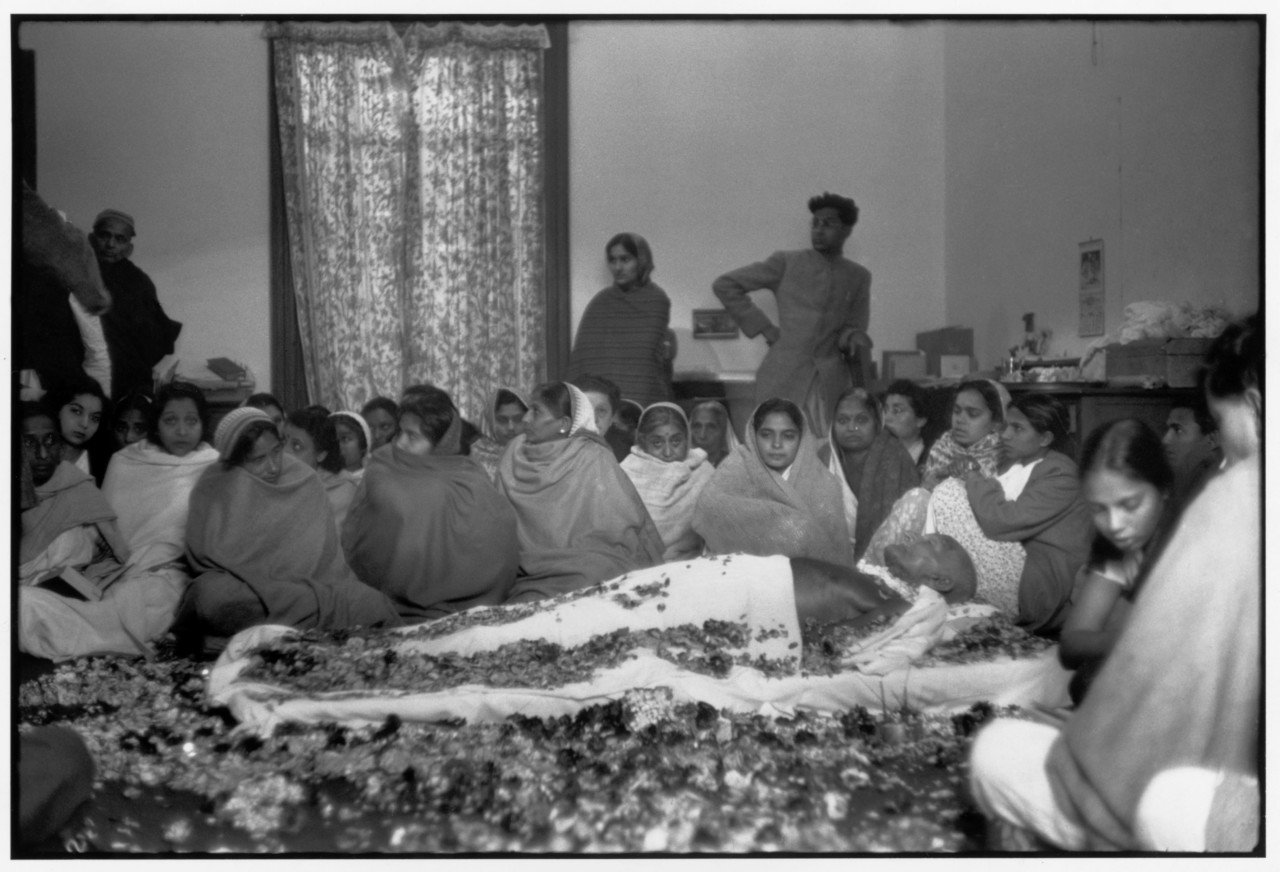 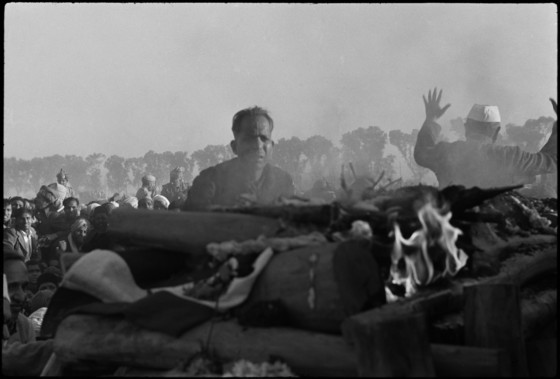 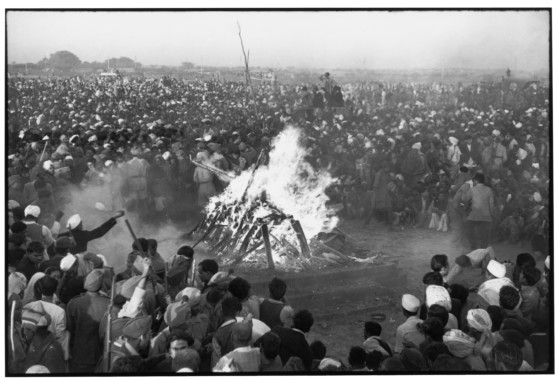 Cartier-Bresson resisted the label of journalist, however he was both deeply interested in and possessed of a thorough understanding of the fundamentals of photojournalism, which he laid out in the introduction to his book The Decisive Moment; “To me photography is the simultaneous recognition, in a fraction of a second, of the significance of an event as well as of a precise organization of forms which give that event its proper expression.” His photo story the ‘Death of Gandhi’ embodies this dual-pronged approach, both acting to capture a significant historic moment and formally expressing the anguish and sorrow of the event. 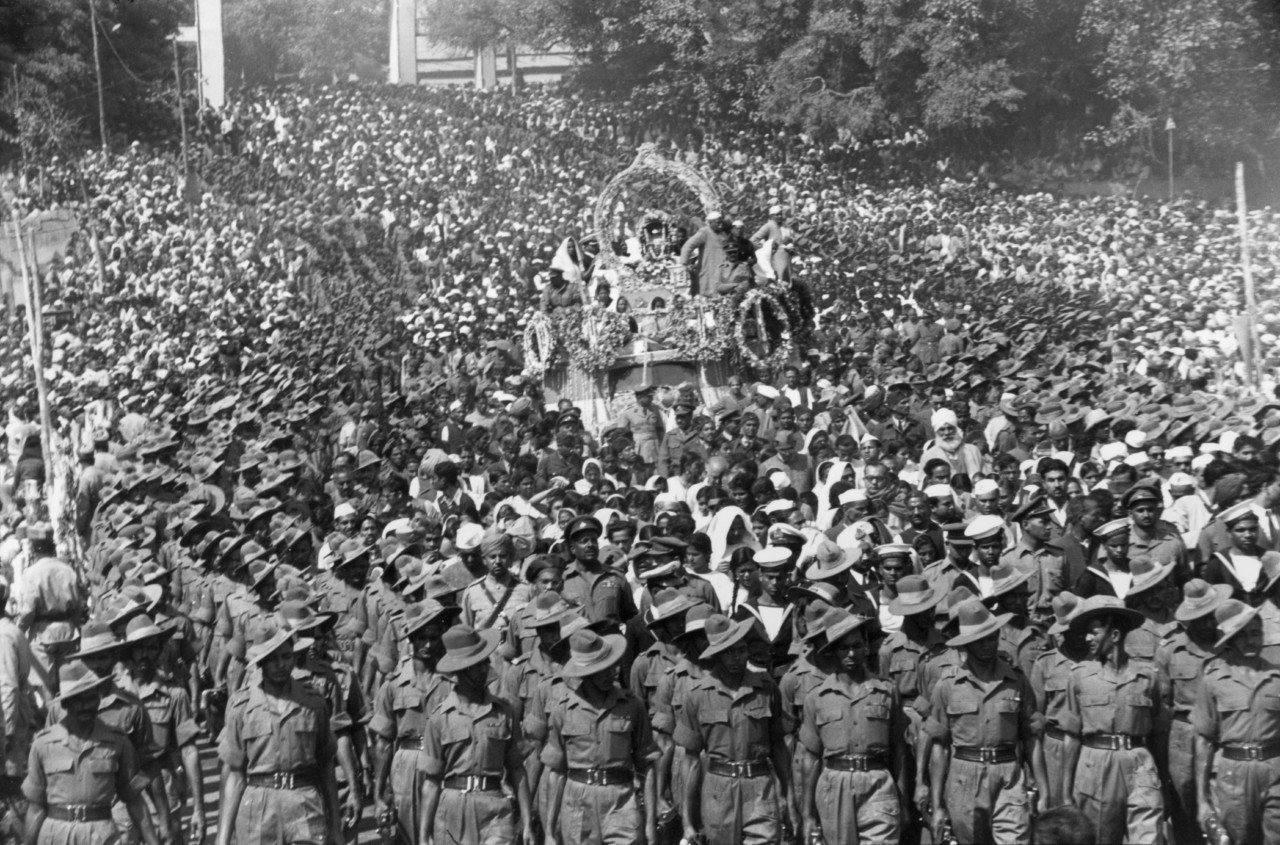 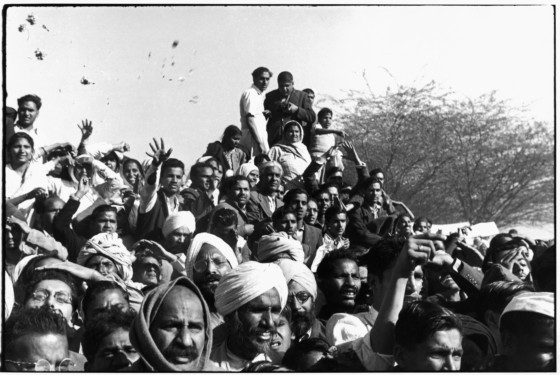 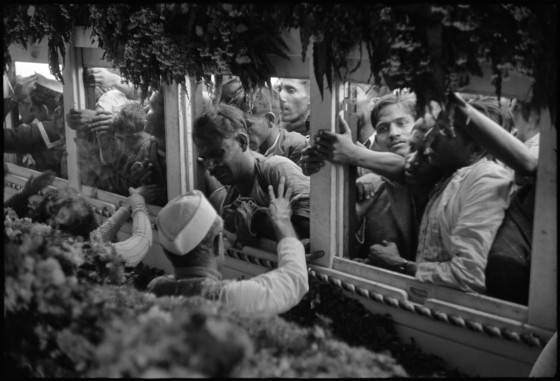 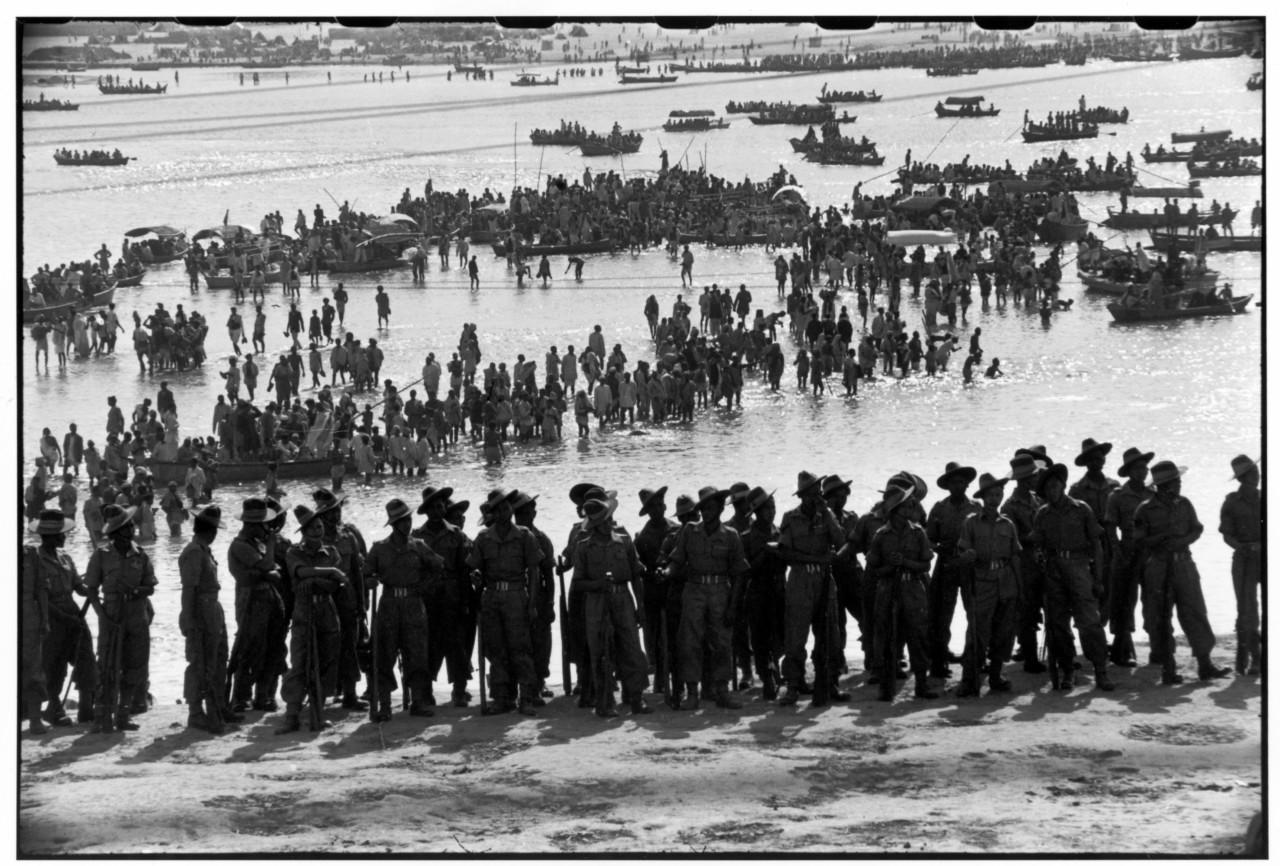 This story was also published in the book Magnum Stories, published by Phaidon, where an extensive extract from Henri Cartier-Bresson’s Decisive Moment can be read. A very limited number of copies of Magnum Stories are available from the Magnum Shop, signed by Magnum photographers.