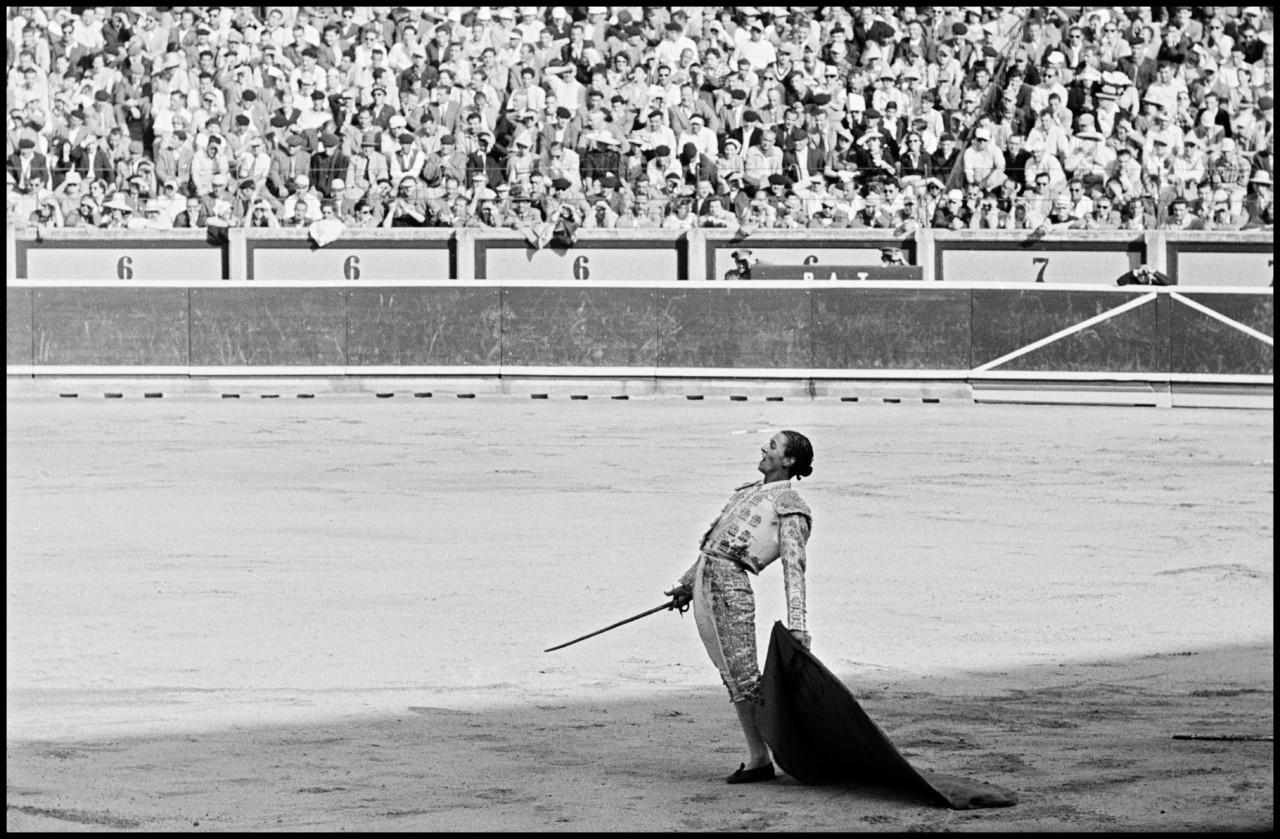 From the moment she began taking pictures, Inge Morath’s work was characterized by a desire to travel; her photographic oeuvre is dominated by a series of travelogues that capture the spirit of their subject-matter. Her first photobook, Fiesta in Pamplona, marks Morath’s transition from her initial vocation as a professionally trained journalist to the acclaimed photographer she would become. Divided into chapters, delineating the chronology of the fiesta, the work retains a strong narrative structure while the images that populate each section offer a visual study of the legendary week-long San Fermin festival in Pamplona. 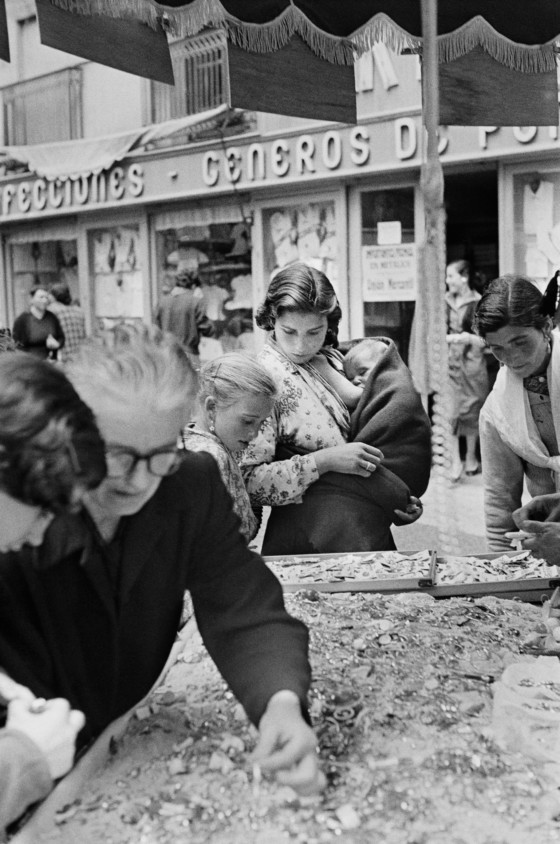 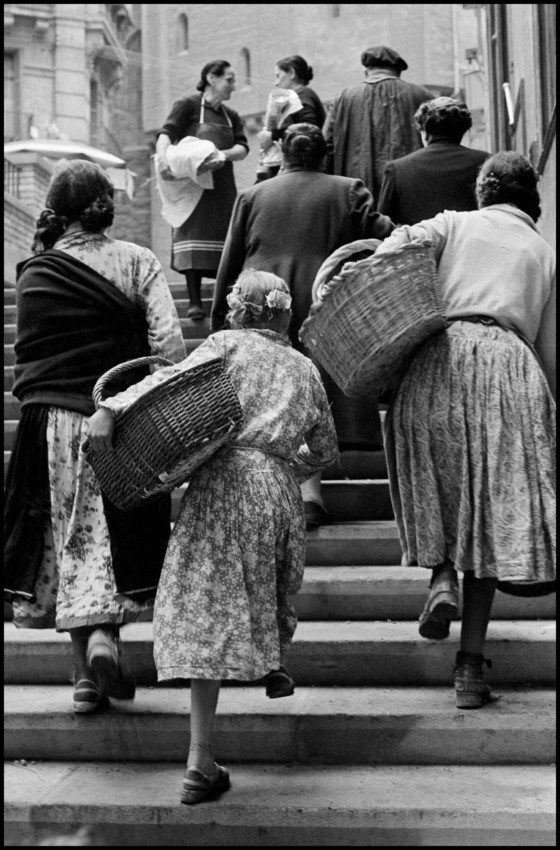 "It is this tendency to love life in its purest state, at white heat, which kindles the flame firing the entire Spanish heart" 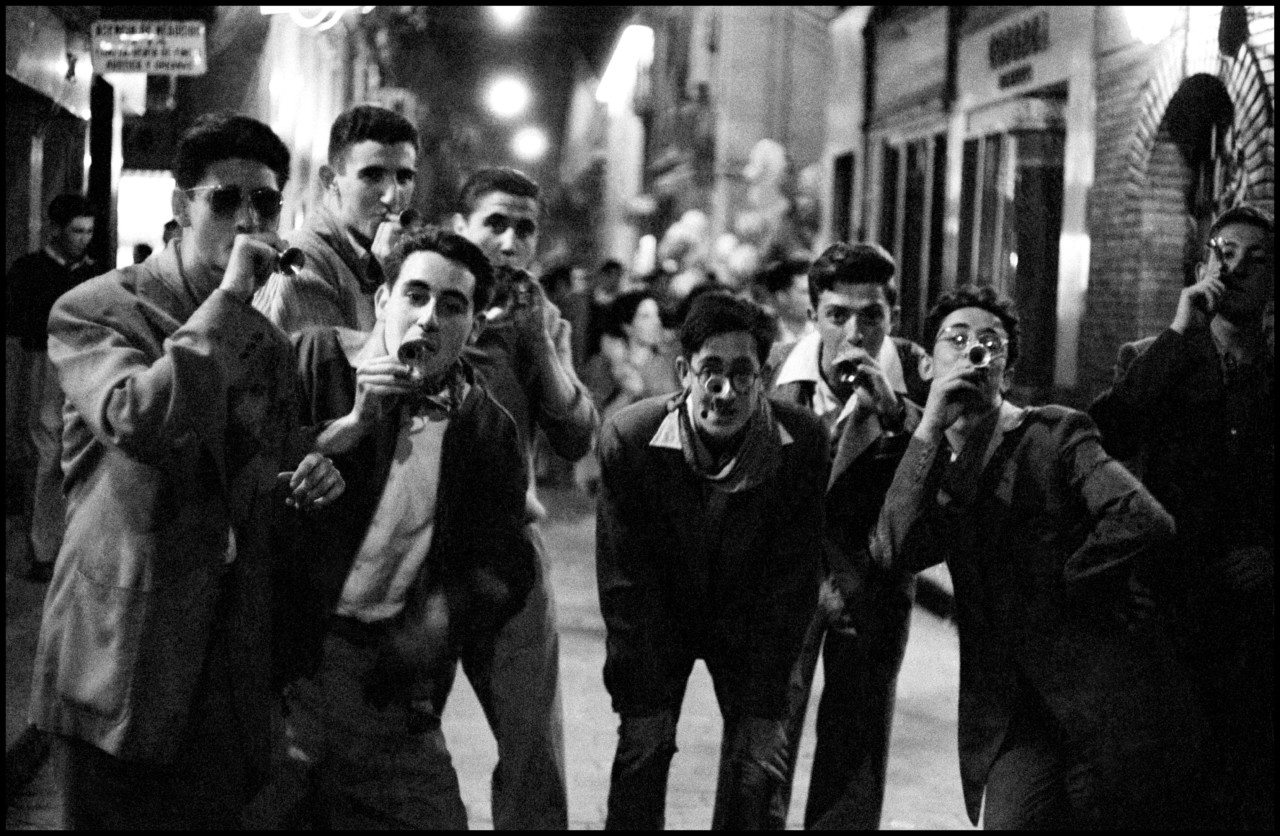 “It is this tendency to love life in its purest state, at white heat, which kindles the flame firing the entire Spanish heart” reads a segment of the prose, by French author Dominique Aubier, which accompanies and contextualizes the photographs. Together, images and texts, create a visceral document of this Spanish tradition—one that encapsulates the beginning of Morath’s infatuation with the country. She was first sent to Spain by Robert Capa, on her earliest overseas assignment for Magnum, after he decided on the country as the place that would suit her most. He was right, with Morath returning numerous times throughout her career; later writing about her experience of Spain as being: “ … almost like entering a dream one had had many times. I loved the people, they let me photograph them, but also they wanted me to listen to them, to tell me what they knew, so that we told their story together”. 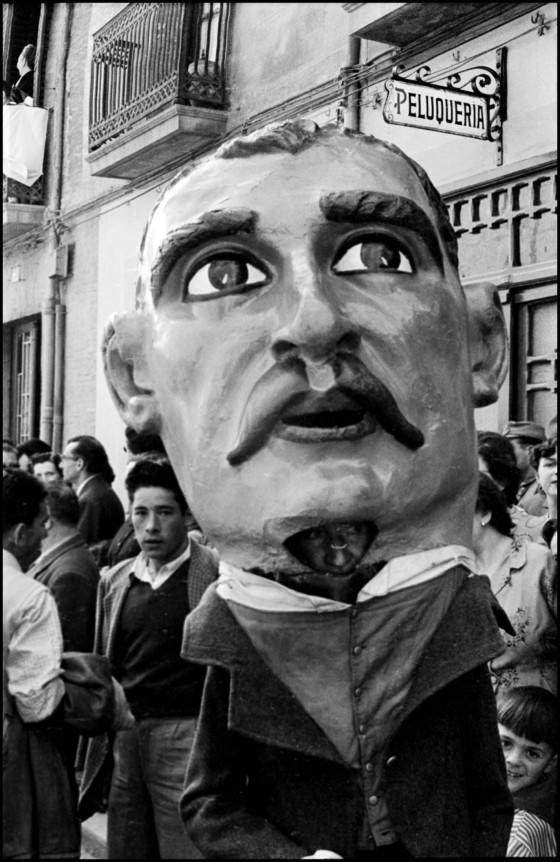 "I loved the people, they let me photograph them, but also they wanted me to listen to them, to tell me what they knew, so that we told their story together" 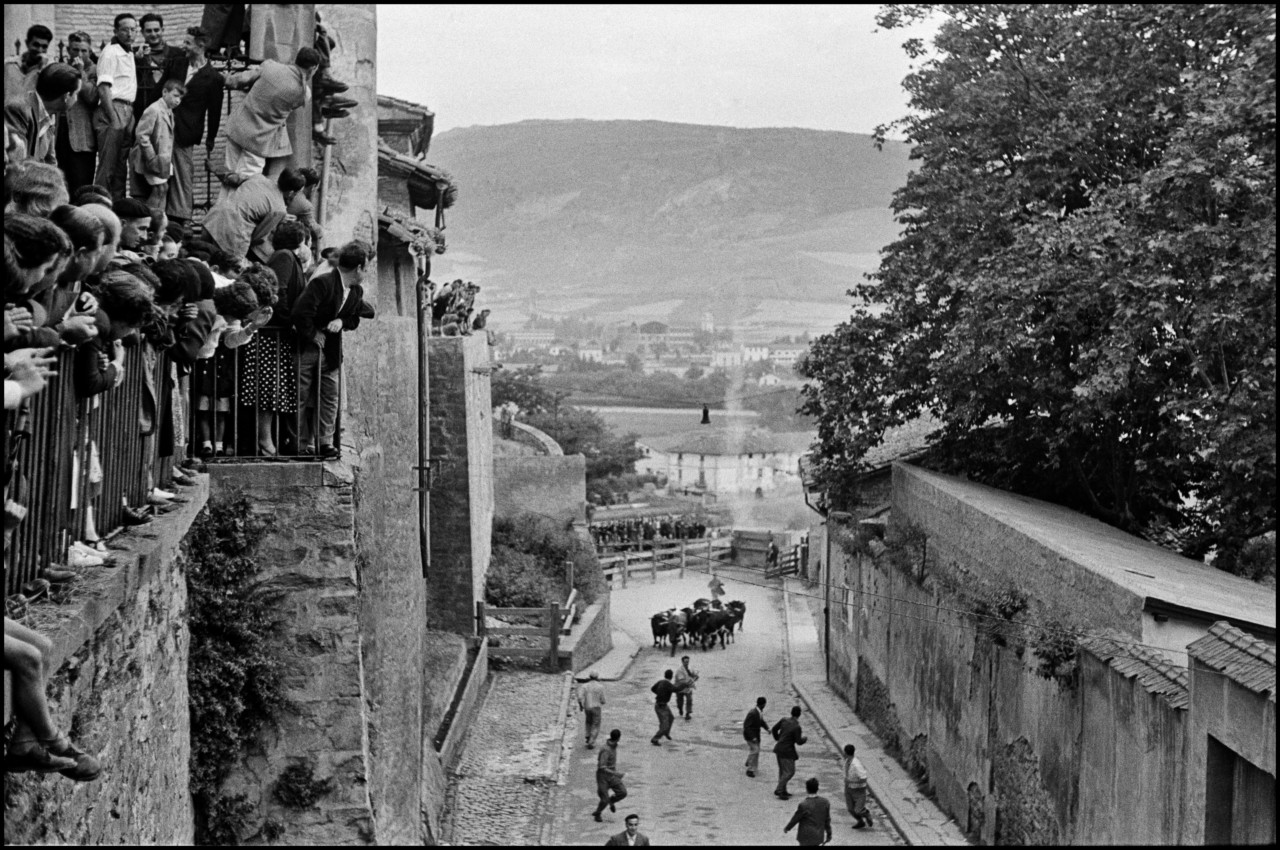 Shot in both color and black & white, through these photographs we experience the San Fermin festival in its entirety. In a chapter dedicated to the fiesta’s preparations, people flood the city’s markets, the streets thick with excitement and vivacity. Images showcasing the elaborate floats and costumes of the opening parade transition into the violence of the Encierro, San Fermin’s centerpiece. “In the blind wound of the dawn they are waiting,” quotes Aubier from a song of the Encierro. Morath’s images capture the chaos as young men and bulls charge through the streets of the city. From here, the viewer is guided into the guarded realm of the matador’s quarters, where he prepares for the bullfight: the finale of the fiesta’s events. 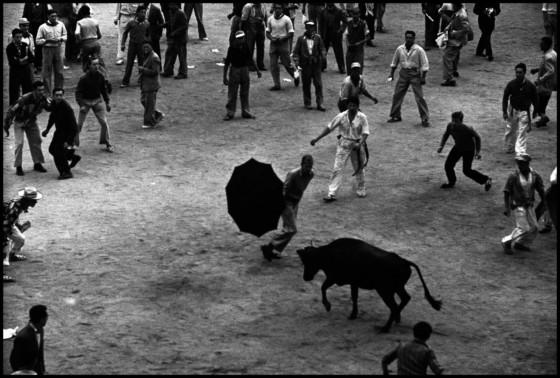 "In the blind wound of the dawn they are waiting" 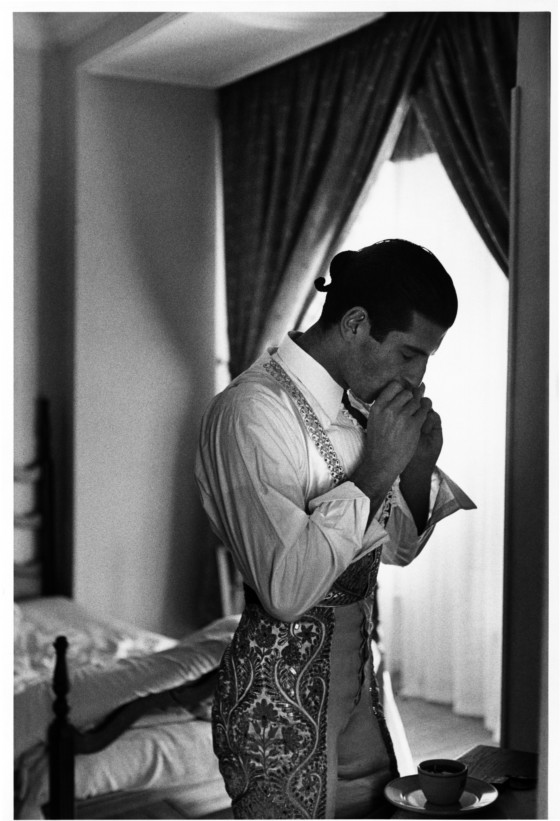 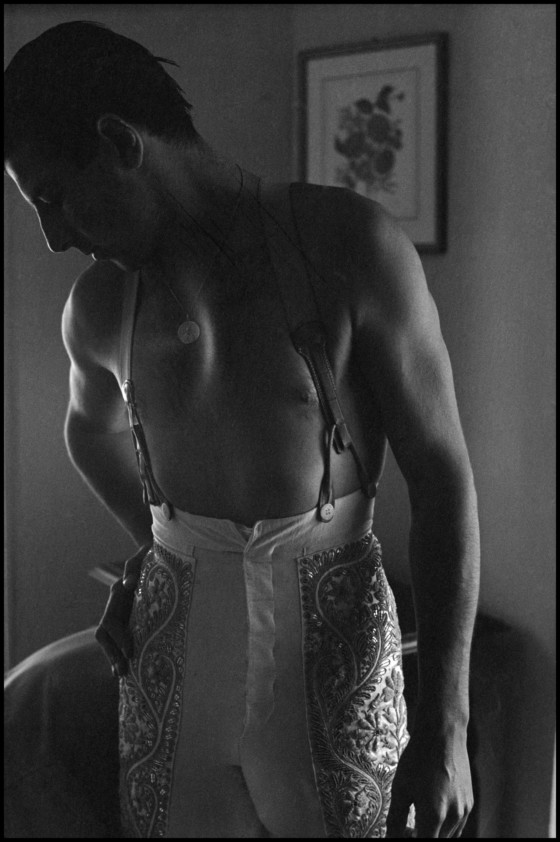 From the start of her photographic career, Morath kept in her mind a quote from Henri Cartier-Bresson, both a colleague and mentor: “A good photograph is made when the inner vision behind the closed eye corresponds with the vision of the open one behind the viewfinder in the moment of pressing the button.” Fiesta in Pamplona is a testament to this guiding vision. Shaped by Morath’s dedication to capturing the essence of a place through the language of photography, the book is a testament to the power of a medium which finally allowed her to  “express the things I wanted to say, giving them form through my eyes.” 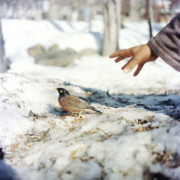