Daniel Boetker-Smith talks to Trent Parke about his latest book, Cue the Sun, shot through a bus window on a whirlwind tour of India with cricket legend Steve Waugh 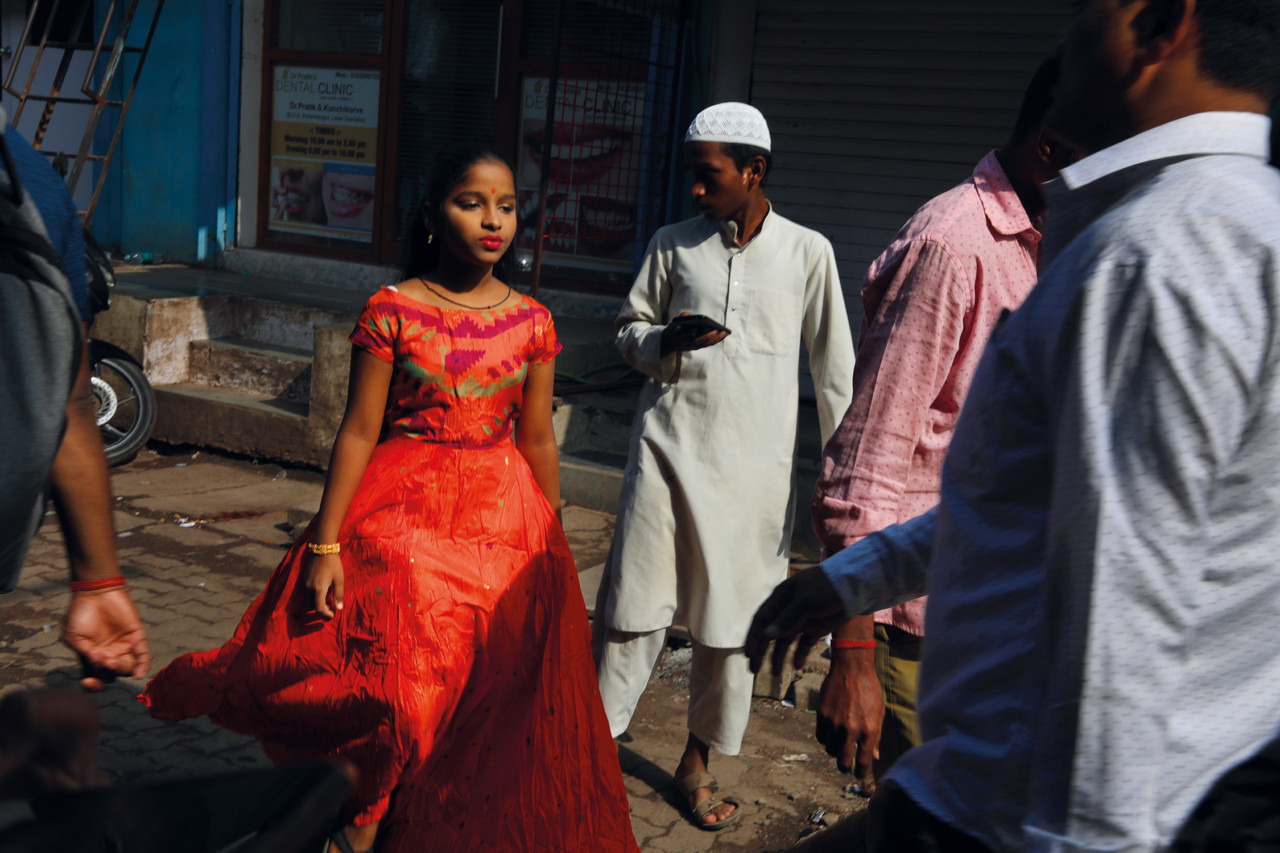 All images from Cue the Sun, published by Stanley Barker, shot from the window of a moving bus while traveling around India. Images © Trent Parke/Magnum Photos

Twenty-five years ago, on assignment covering the Australian Cricket Team’s World Cup tour of India, Trent Parke was struck by the attention he and the visiting team received. The experience was one of being swamped each day, in each location, by throngs of intrigued locals eager to meet the visitors, led by the team captain, Steve Waugh.

Fast forward more than two decades, and Parke received an invitation back to tour the country with the former captain (now a keen photographer, thanks to Parke’s influence), to assist in the making of Waugh’s own photobook, The Spirit of Cricket.

Returning to India, and expecting again to be overwhelmed by the attention he and Waugh would receive, Parke readied himself for a similar experience. What happened next surprised him, and formed the basis for his newest work, Cue the Sun, published by Stanley Barker. 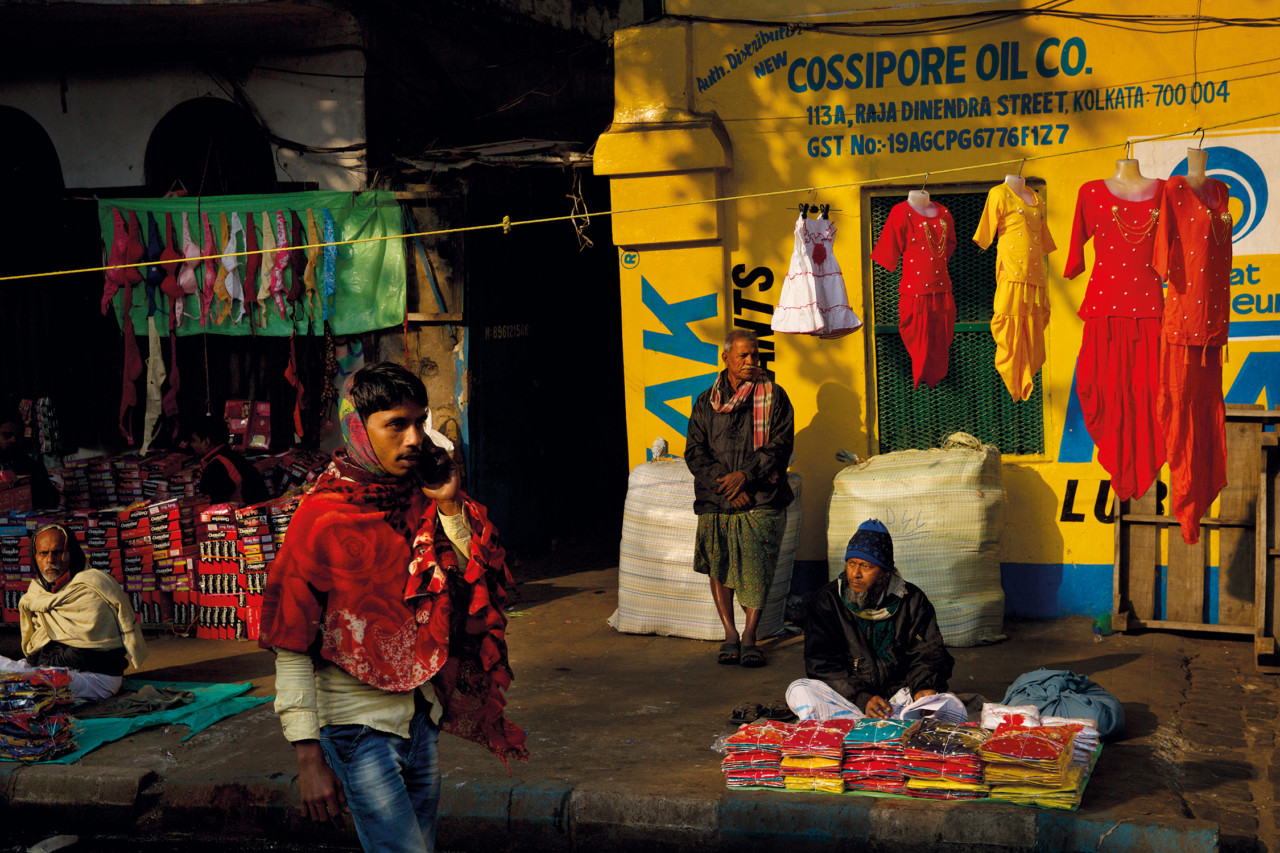 "The universe was coming to me, flying past me at 80kms an hour." 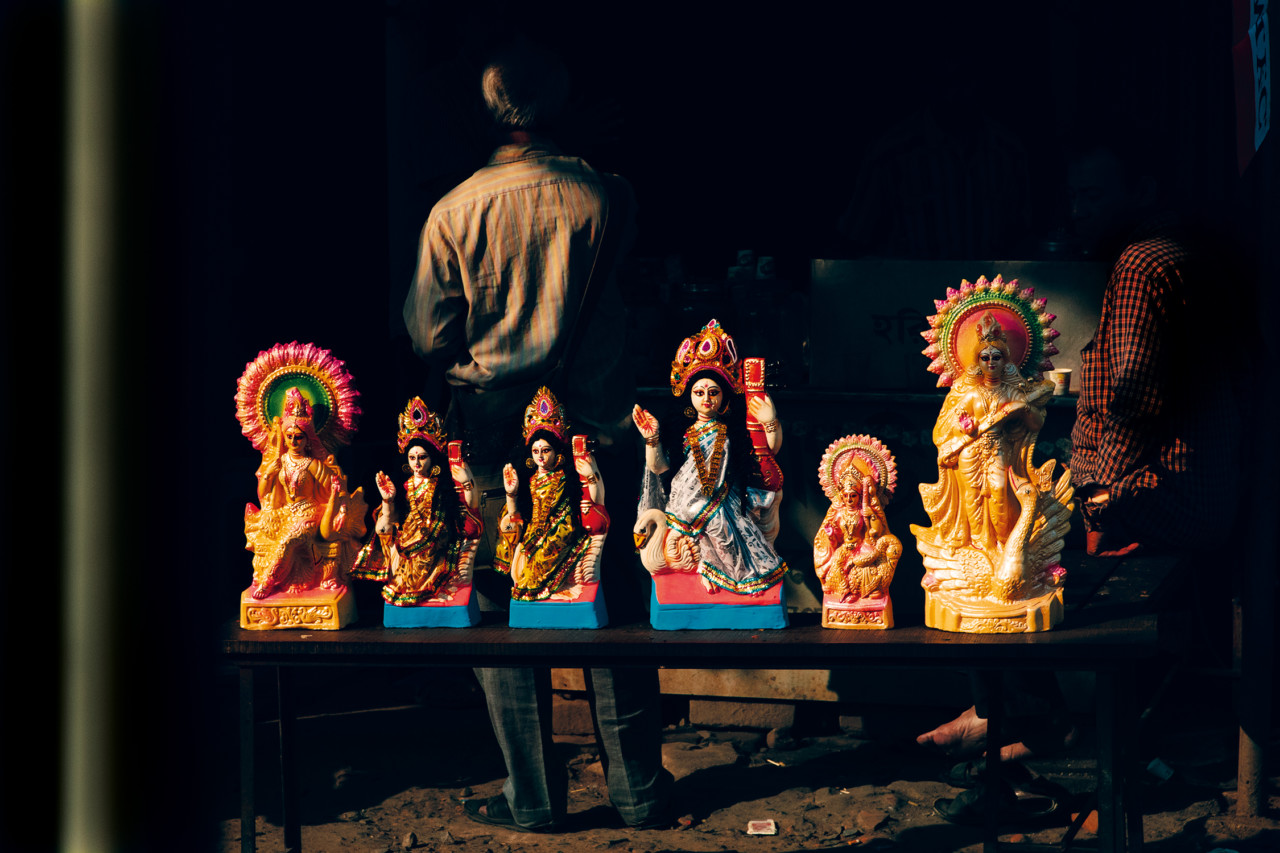 “We were spending sometimes eight or nine hours on a bus, traveling from shoot to shoot, and as I sat there, it struck me how much the country has changed,” Parke recalls. “My memory started kicking in, and I was taken aback as to how different it looked, probably due to the influence of the internet and mobile phones.”

Using the constraint of being confined to the bus for large portions of the day, Parke started exploring his reaction to this new India he was seeing by photographing out of the window. “I have always lived with the understanding that it is key to be able to photograph in one’s own backyard,” he explains. “In the confines of the moving vehicle, the bus became my small backyard, and the universe was coming to me, flying past me at 80kms an hour.” 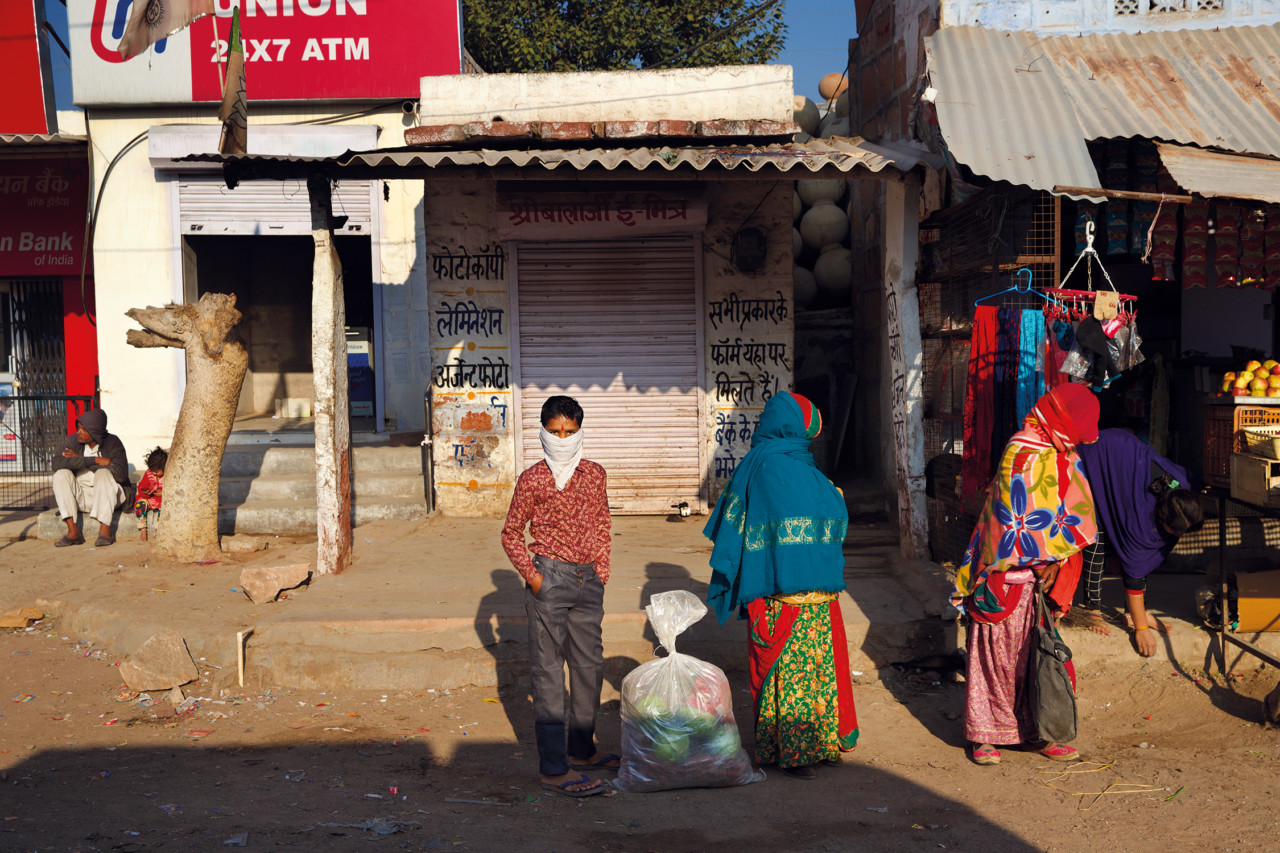 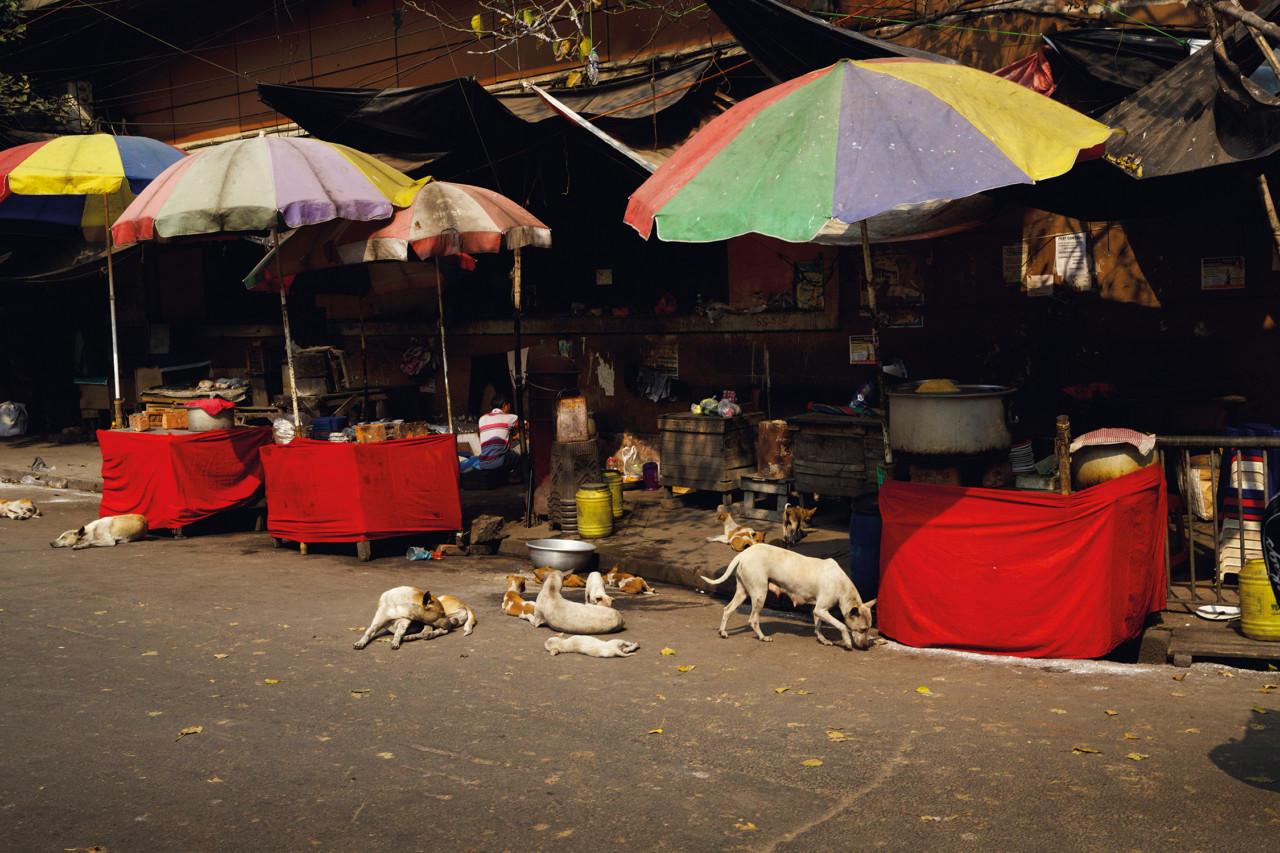 Using these restrictions Parke sought a way to respond to the country he was seeing – a country transformed since his last visit. He saw that globalization had seeped into every sinew of the India he saw whirring past.

“I had a strong emotional response to this changed landscape, confusing and familiar all the same time. Instead of the continual blur of the moving world around me, I dreamt as though the world was still, frozen in time. A memory once again.”

This intense and visceral response enabled Parke to make images in a way he had never done before. Accustomed to building a series over time (often in collaboration with his partner, the photographer Narelle Autio), the focus would usually be on shooting, reviewing, editing, and using handmade mock-up books to collect and collate his images. In this new work Parke shot tens of thousands of images out of the bus window on his whirlwind tour, never able to reshoot or revisit any of the people or locations he captured. 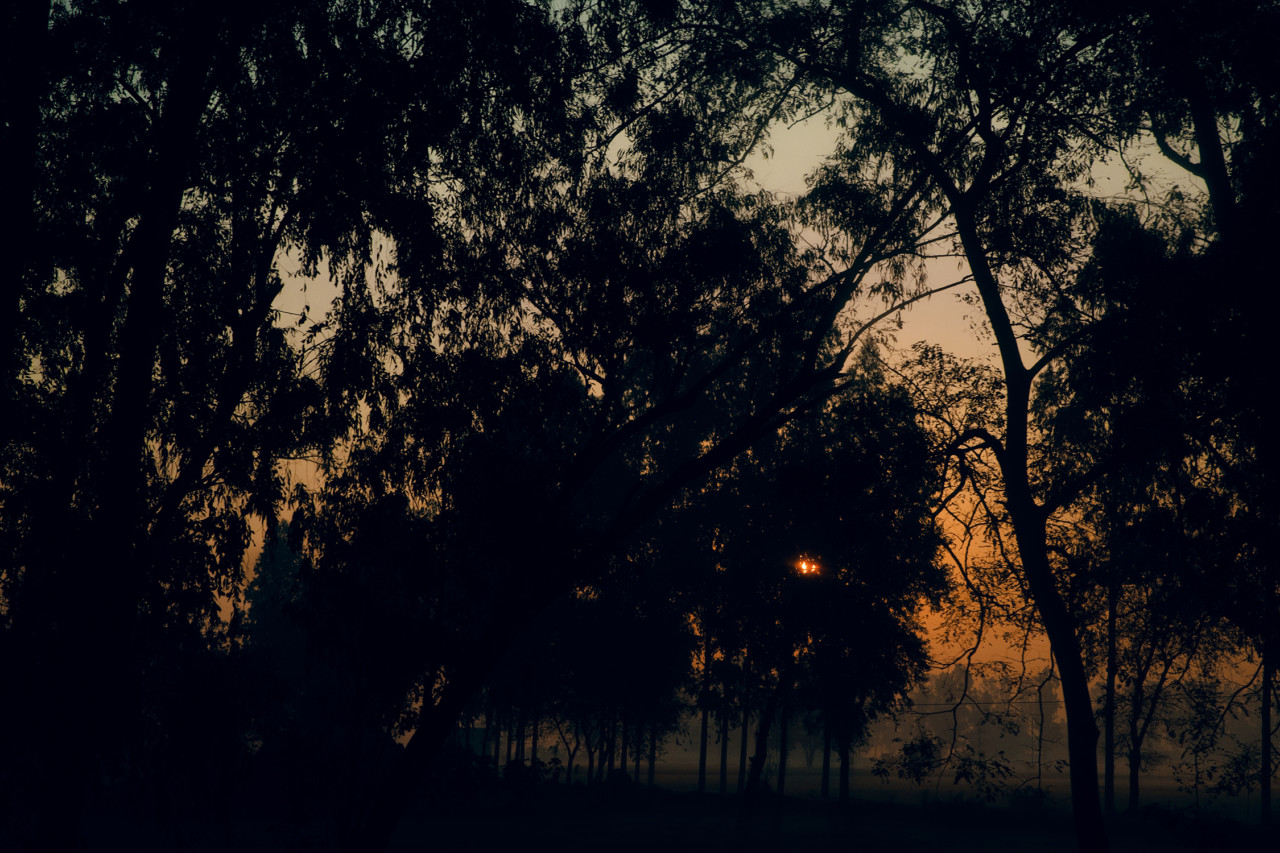 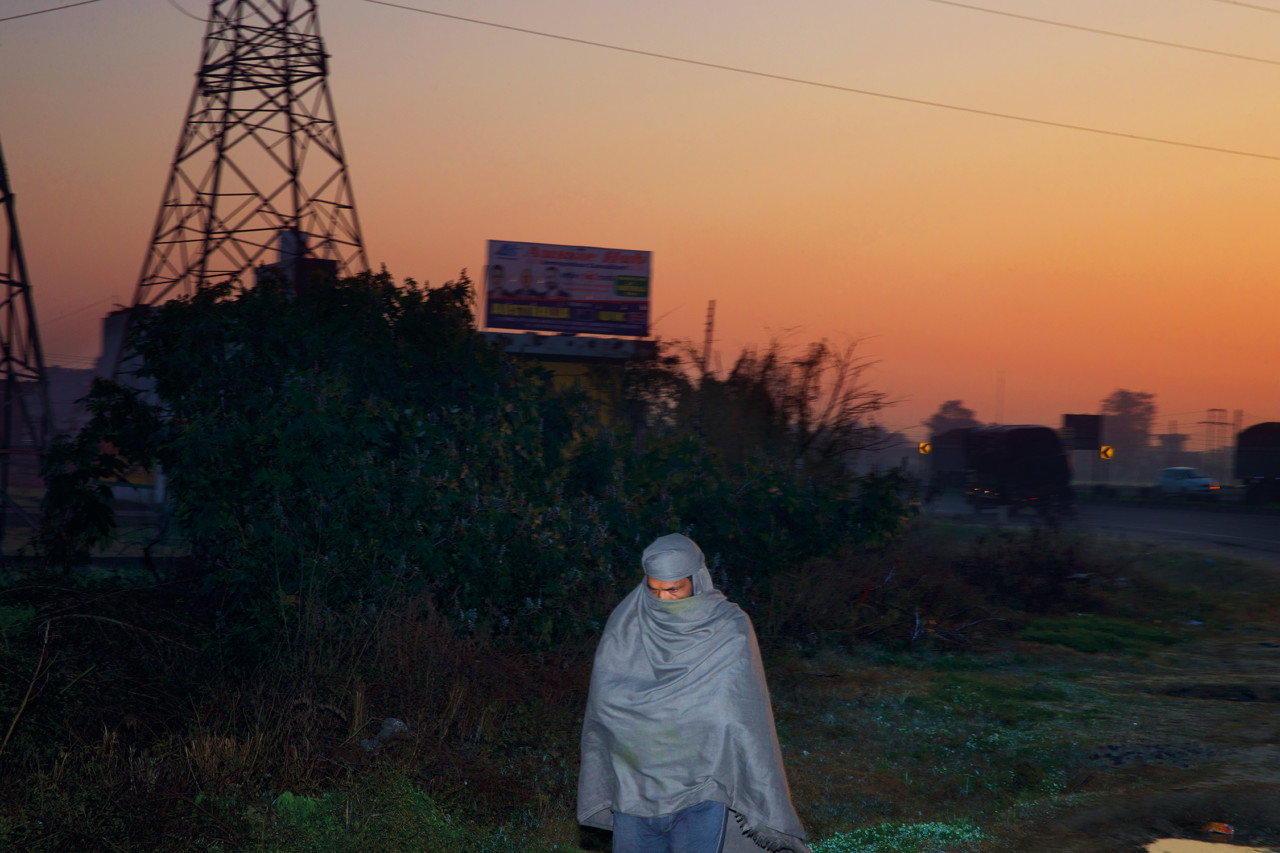 Parke was aware from the start of this unique approach “Usually, when I’m on the street, people are aware of my presence. But on this bus, moving through the landscape at pace, I was only there in that place, in that moment, for a 1000th of a second. Yes, some people saw the bus maybe, but this scenario brought with it a sense of anonymity: I was there but not there.”

One of the key differences Parke noted on his trip was the prevalence of advertising billboards dotted every few metres along the country’s main thoroughfares, promising a new life, happiness, wealth, and security to India’s burgeoning middle-classes, most selling newly-built ‘modern’ houses in ‘safe’ gated communities.

Interspersed throughout the book are direct quotes taken from the off-the-shelf capitalist sloganeering used to sell this new life to passers-by: “Tomorrow cant’ wait”; “Are you ready to enter a picture perfect world?”; “Where you always wanted to be.” These snippets are striking in their globalized homogeneity, and in Cue the Sun, Parke sets these texts in stark contrast to the nitty-gritty of everyday life he was collecting. 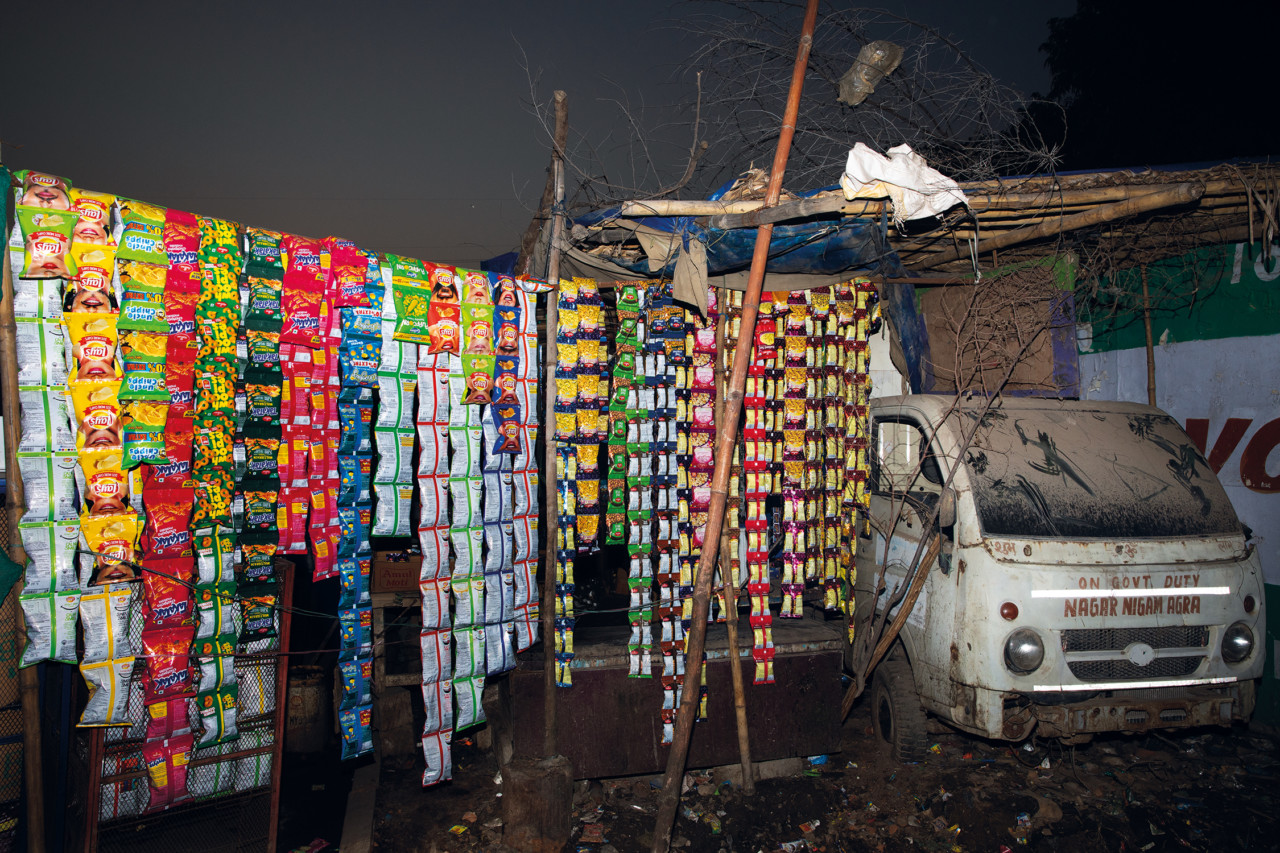 "Instead of the continual blur of the moving world around me, I dreamt as though the world was still, frozen in time."

After returning home from his 20-day trip, and after spending months going through the 40,000+ images, Parke realized the need to try something new with the way he would bring them together in a book.

Pulling the work together slowly into handmade maquettes allowed him to consider the structure and flow of the story he was telling. In fact, the work went through a number of handmade versions before settling on the final sequence, with input from Autio, of course, who Parke describes as a “color master”, and trusted Magnum colleagues such as Alec Soth, Jim Goldberg and Martin Parr.

What is instantly noticeable about Cue the Sun is that, through its leporello (or concertina) format, the photographs unfold into two books back-to-back; two sequences that intentionally draw the reader into a linear experience of moving through a landscape. 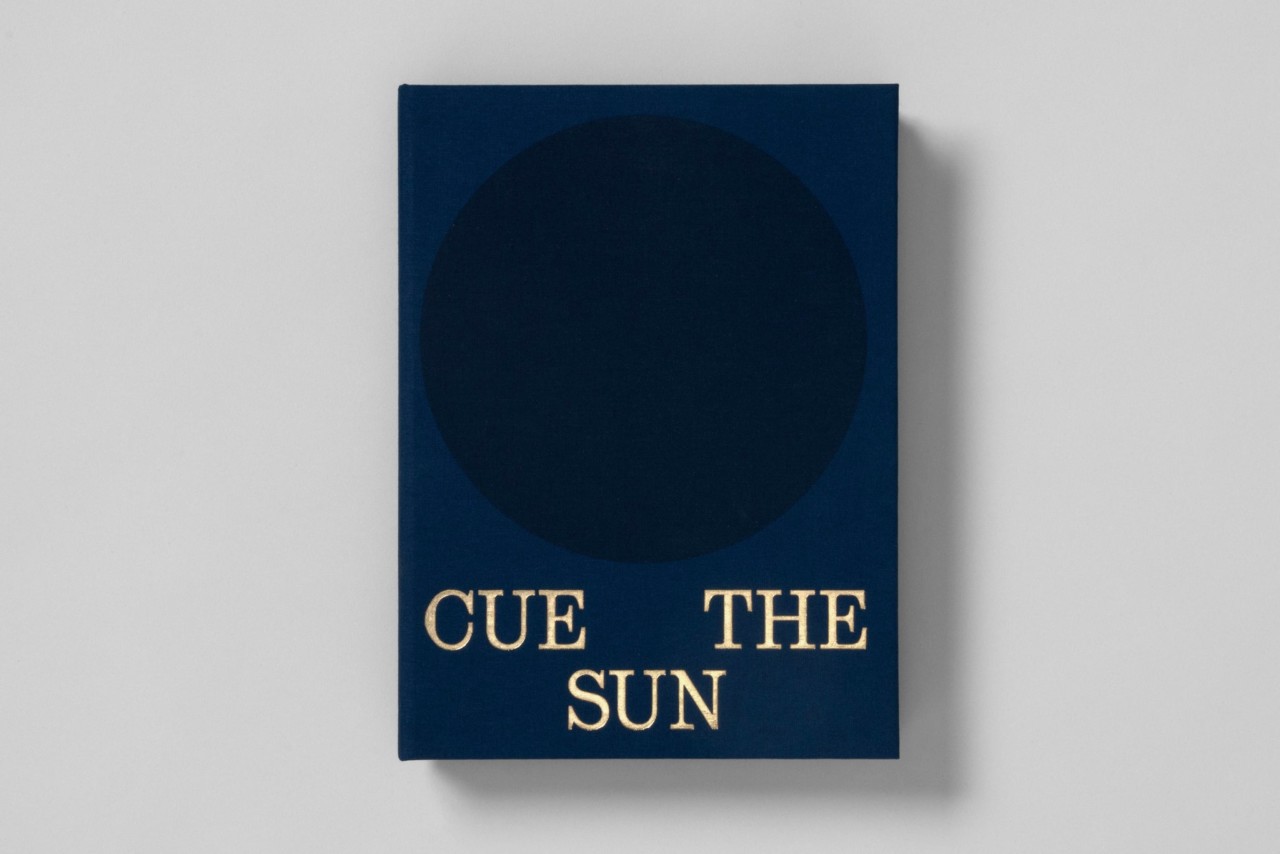 6
Cue the Sun, by Trent Parke, published by Stanley/Barker 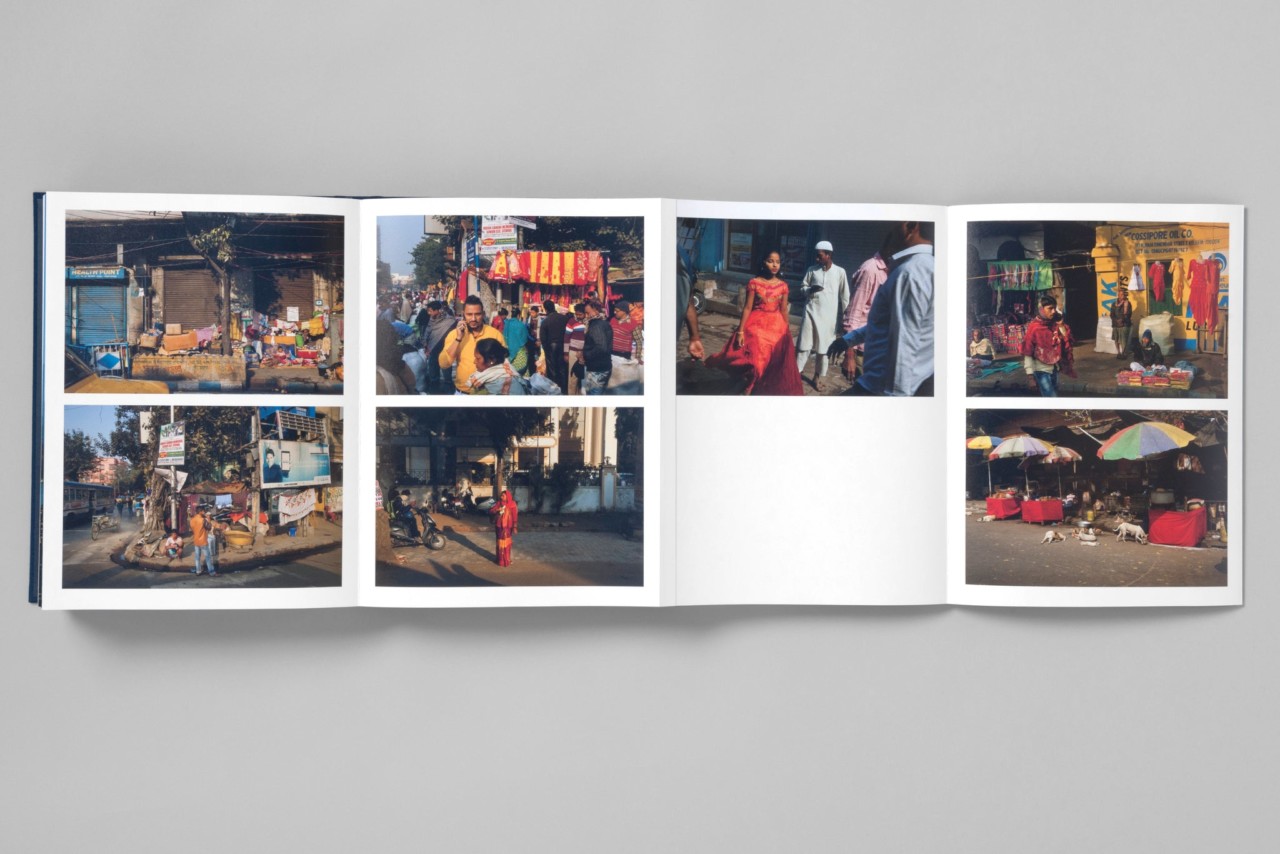 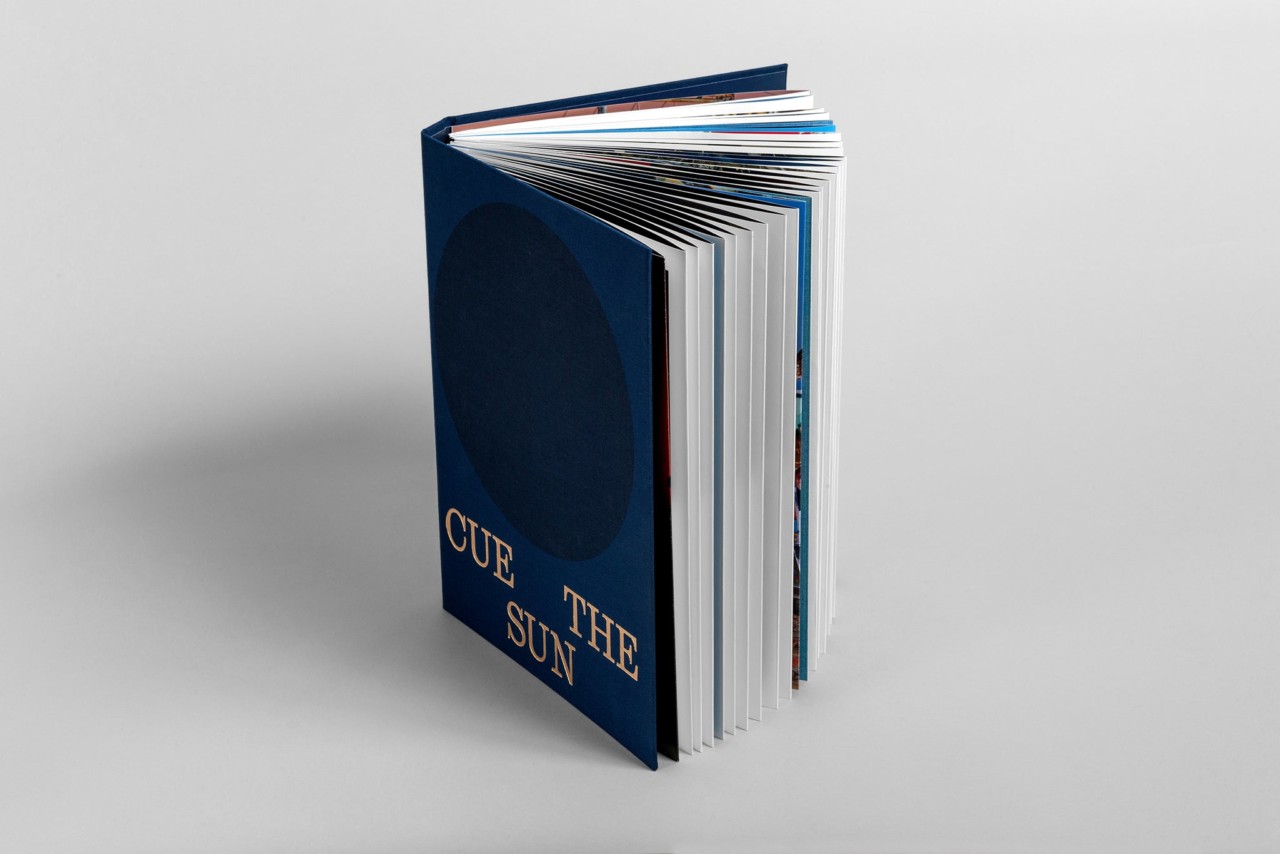 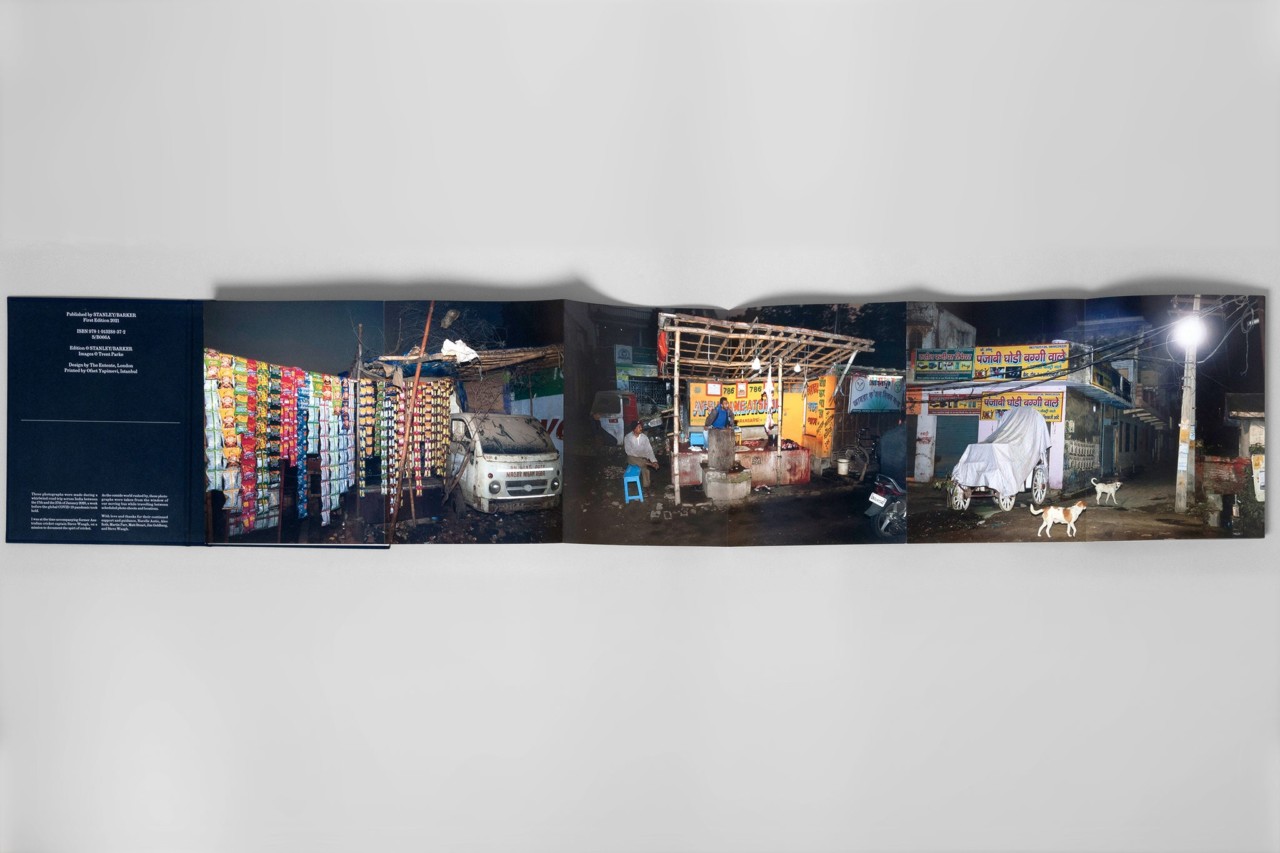 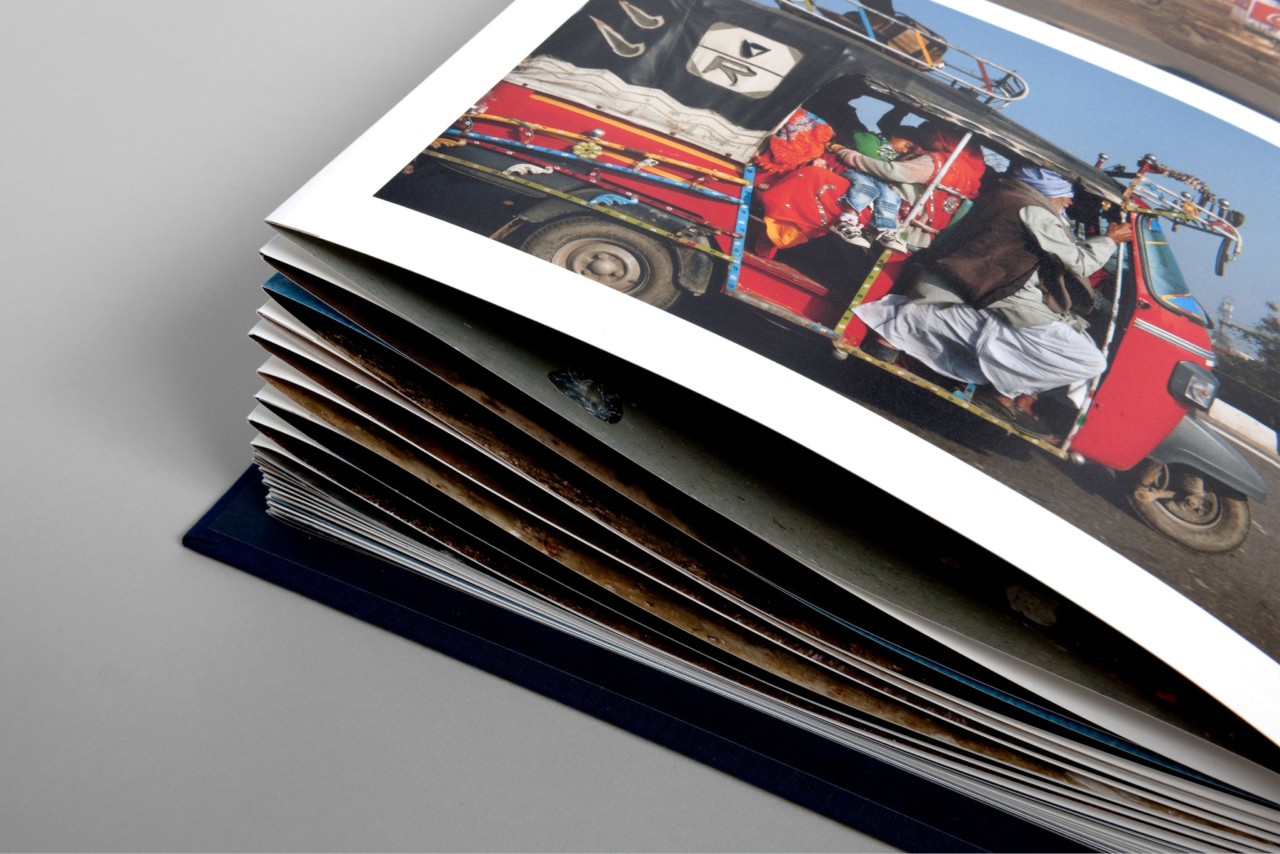 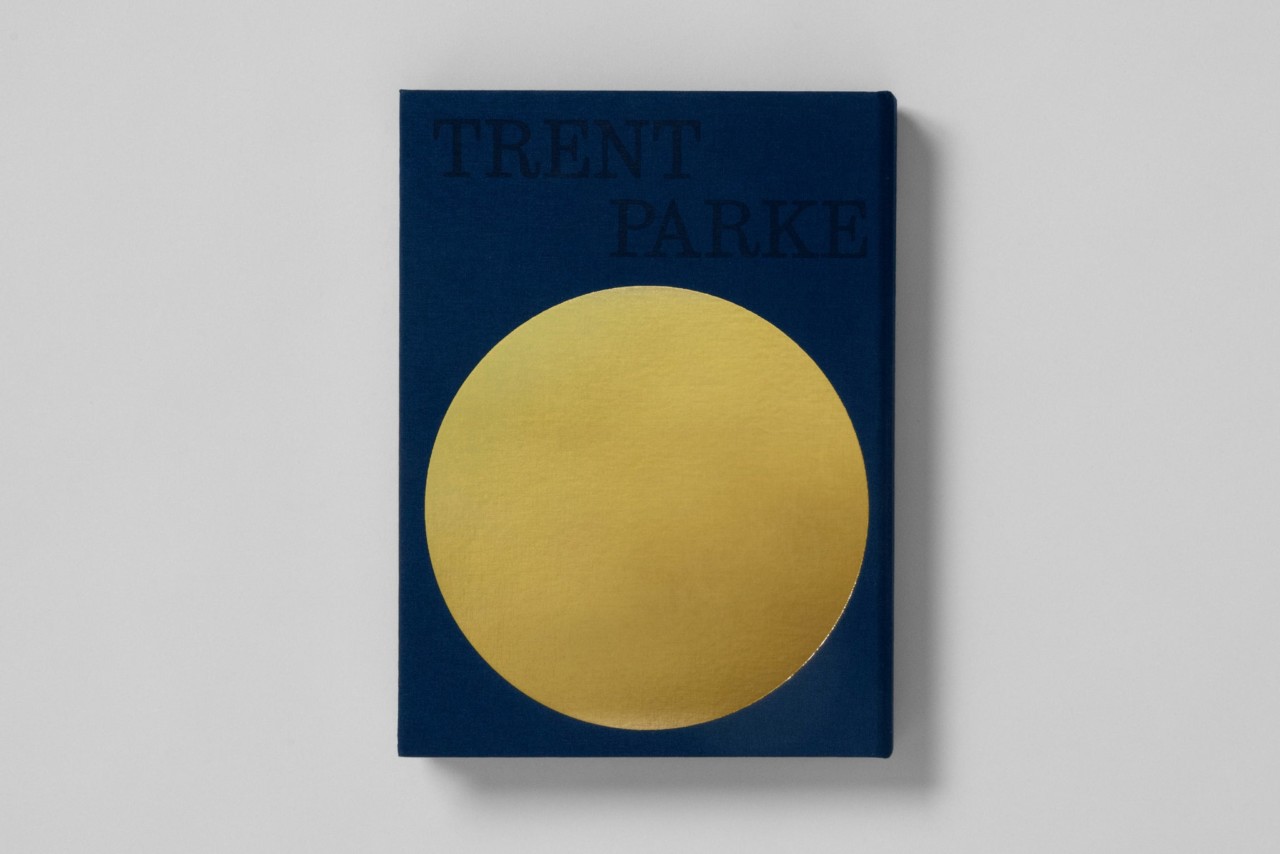 On one side of the book the images are all made at night with a powerful and all-consuming flash, shimmering with complexity and throbbing with life. And on the other side, equally energized, are images made during the day of the same style roadside scenes. The images pulse with movement, a travelogue of glimpses.

Collectively, the work manifests a sensation of zooming through the landscape, bleary-eyed, sleep-deprived, overwhelming, and at the same time stark, detailed and crystal clear. It’s as if these photographs were all made during one intense 24-hour trip, and the leporello book design asks the viewer to digest the pictures together, as one – as an experience – not as standalone images.

“I’m not interested in single images,” states Parke, as he’s saying his goodbyes. “I always feel like I’m making movies in book form.”

Exposure: Portrait Of A Corporate Crime