Magnum co-founder Robert Capa documented the hard-fought campaign that precipitated Mussolini’s fall, and marked the start of the end for the Axis powers in Europe 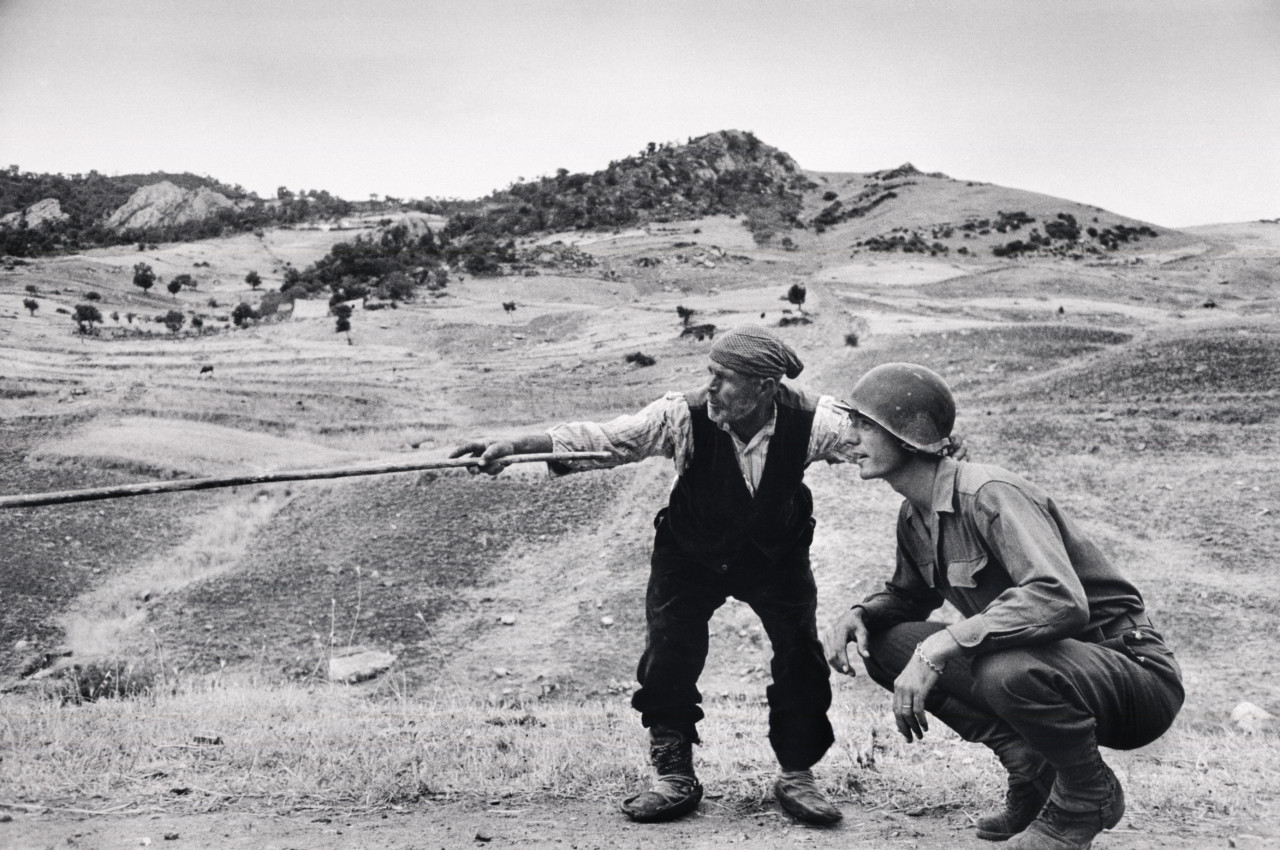 Codenamed Operation Husky, the Anglo-American invasion of Sicily began on the night of July 9th, 1943. The taking of Sicily was a vital first step on the long road from North Africa to Berlin, a toe-hold in what Winston Churchill had dubbed the ‘soft underbelly of Europe’. Magnum co-founder Robert Capa documented the US Army’s push through the island.

Capa, already famous for his work during the Spanish Civil War, had arrived in New York at the outset of World War II only to be informed that as a Hungarian National he would be designated an ‘enemy alien.’ In spite of this he continued to photograph for LIFE and eventually received permission to report alongside the US Army, the only enemy alien to receive such accreditation during the war. 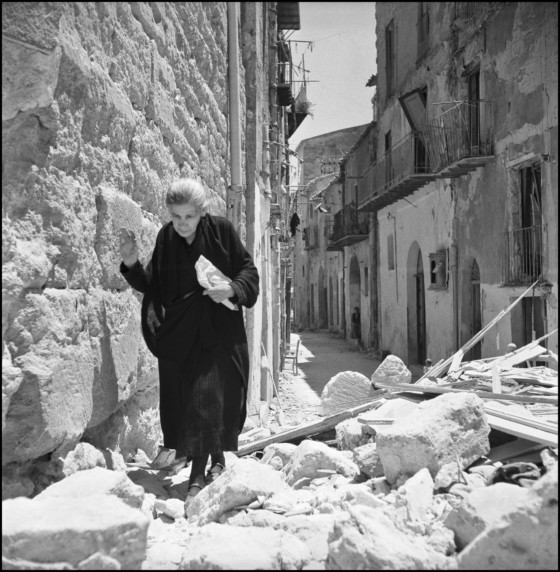 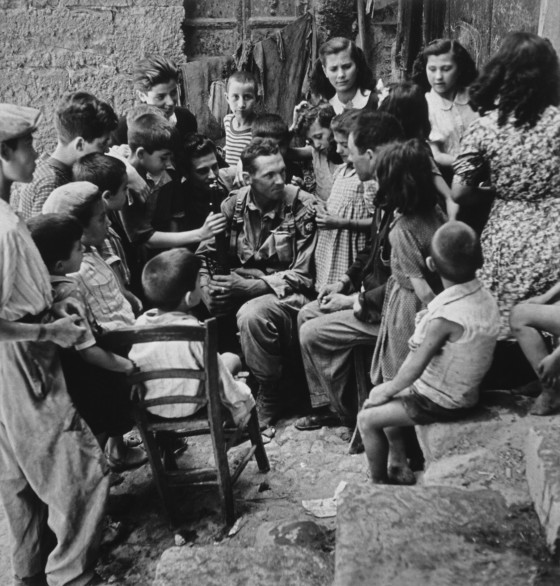 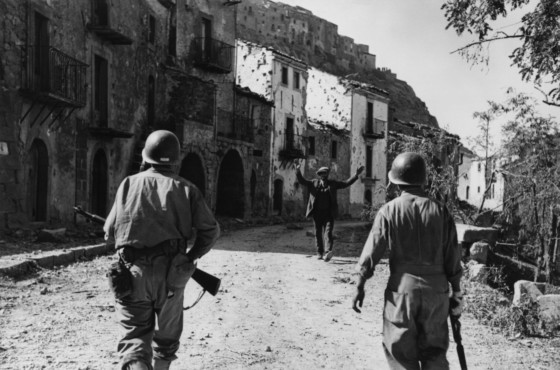 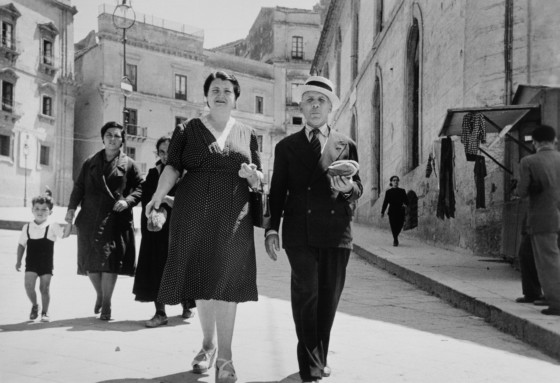 As his brother, Cornell Capa, noted in the book Robert Capa : Photographs, it was ‘ironic that a man who had been hailed as “The Greatest War Photographer in the World” in 1939 couldn’t find anyone to send him to battle until 1943.’ That year he travelled to Morocco and eventually Tunisia, where he photographed Italian prisoners of war and the allied activity in North Africa.

While Capa flew with paratroopers being dropped over Sicily in the campaign’s earliest days, he didn’t arrive on the island until late July, when he disembarked from a supply ship. He followed the American forces along the coast to Agrigento and from there moved into the island’s mountainous interior. It was in this region that much of the hardest fighting was done, as German units fought a rear-guard action hoping to hold off the allies until an evacuation of their comrades from Messina, in the island’s north east, was complete. 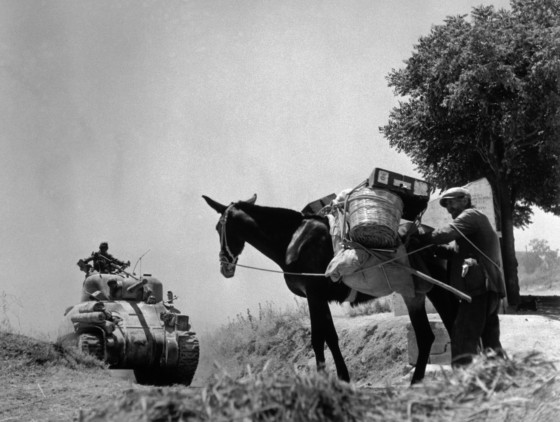 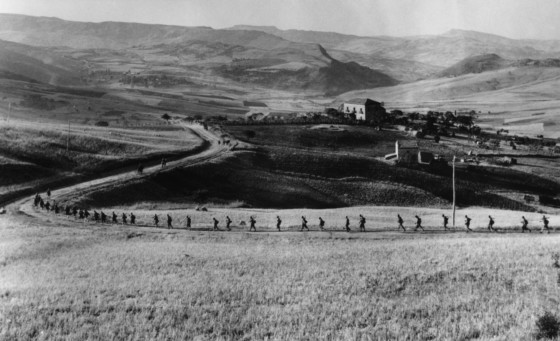 Robert Capa American troops march toward Troina, located on the main road to Messina (Sicily's main port to the mainland). The town was being fiercely defended by the Germans, in an attempt to evacuate all Ger (...)
man troops. Near Troina. Sicily. August, 1943. © Robert Capa © International Center of Photography | Magnum Photos
License |

Capa entered Troina, a well-defended hilltop town that had been heavily bombarded by allied forces in order to dislodge its defenders, with the first American patrol and found traumatised locals who had endured the extended barrage. Biographer Richard Whelan noted, in his book Robert Capa, that the photographs from Troina are remarkably similar to those taken in Teruel during the Spanish Civil War. 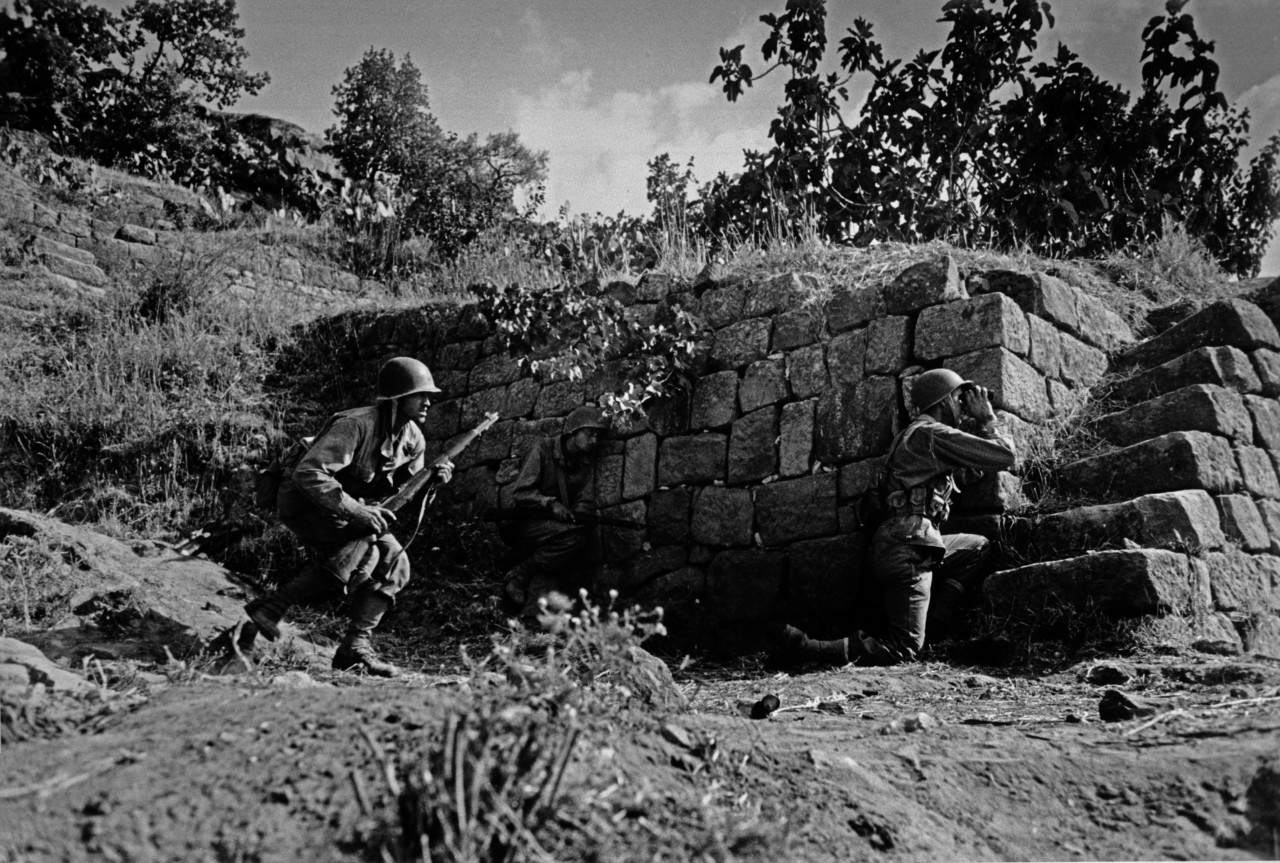 Robert Capa American troops moving toward Troina, a strategically located hilltown which controlled the road to Messina (Sicily's main port to the mainland). The town was being fiercely defended by the Germans (...)
, in an attempt to evacuate all German troops. Troina, Sicily. August, 1943. © Robert Capa © International Center of Photography | Magnum Photos
License | 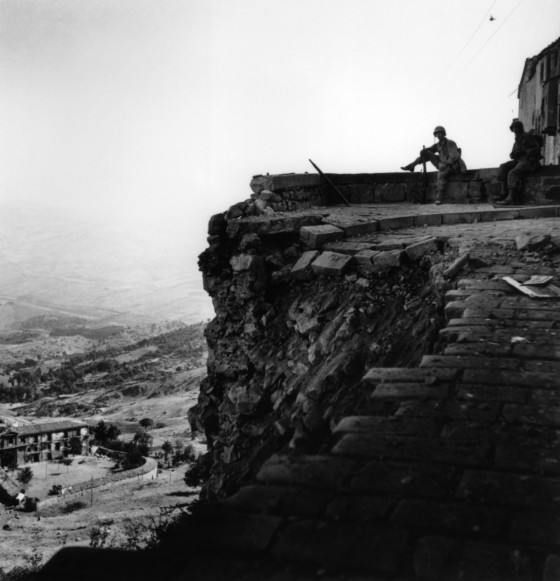 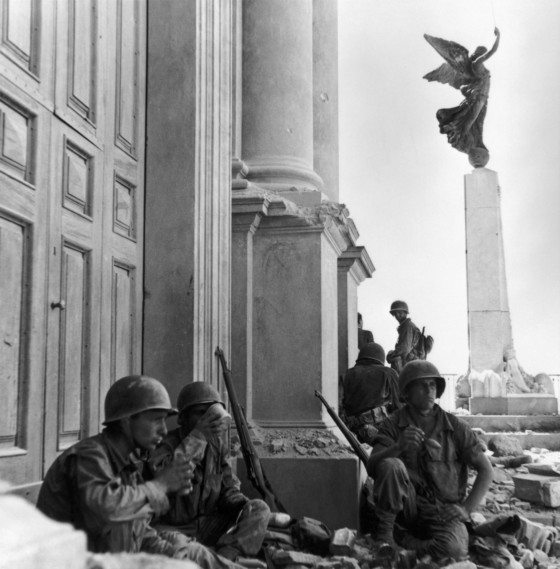 The invasion of Sicily precipitated the Italian Fascist Grand Council’s passing a vote of no confidence in Italian leader Benito Mussolini on the July 24, and by August 19 the Allies had reached Messina effectively ending Axis resistance on the island. Capa photographed exuberant liberated locals and victorious partisans, as well as the formal surrender of General Giuseppe Molinero, in Palermo.

In his book Slightly Out of Focus Capa summerized the Sicilian campaign as, ‘A twenty-one-day-race’ with the Italians in the lead, followed by the Germans, himself, and the press corps respectively, with the US army taking up the rear. 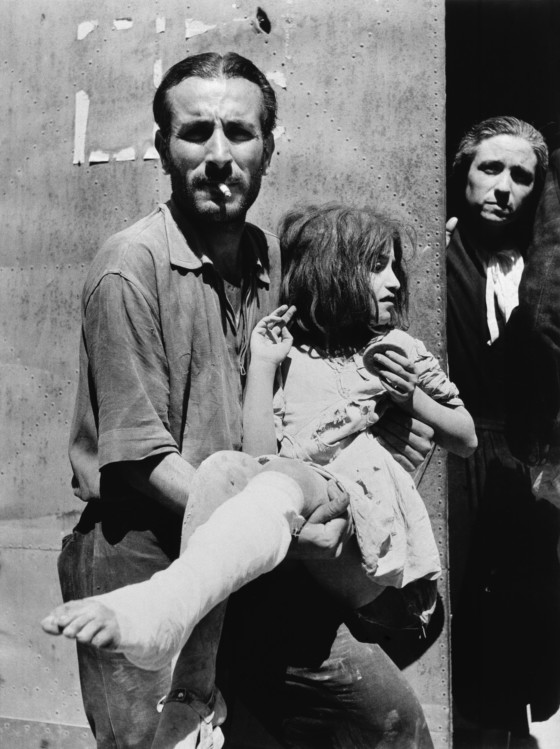 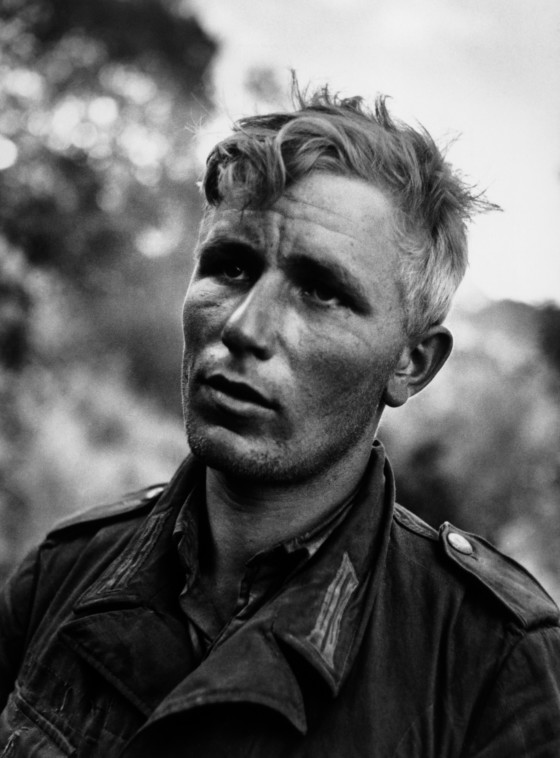 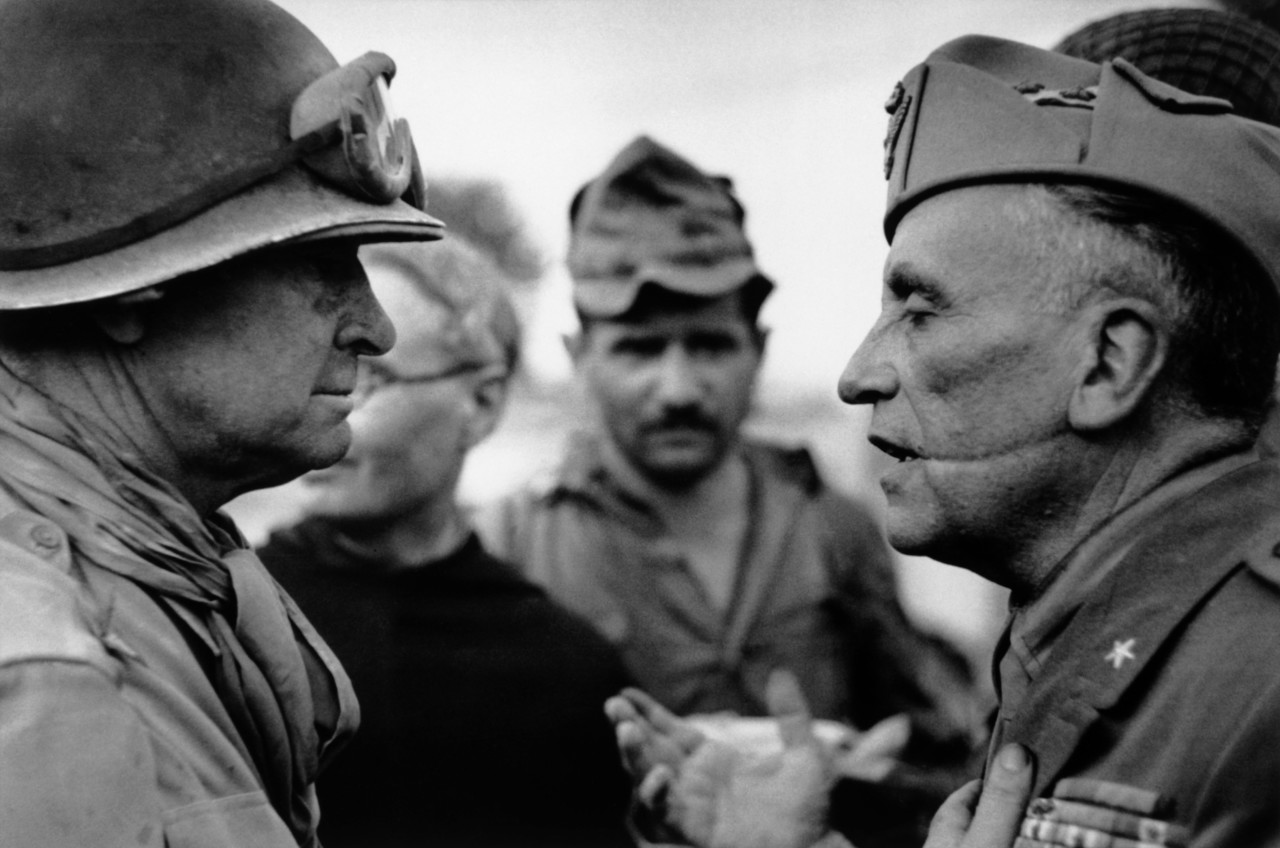 Capa followed the Allied advance from Sicily into the Italian mainland where he photographed a funeral, in Naples, of schoolboy partisans executed by the Germans. He would go on to take part in the D-Day landings, June 6, 1944, on Omaha Beach. 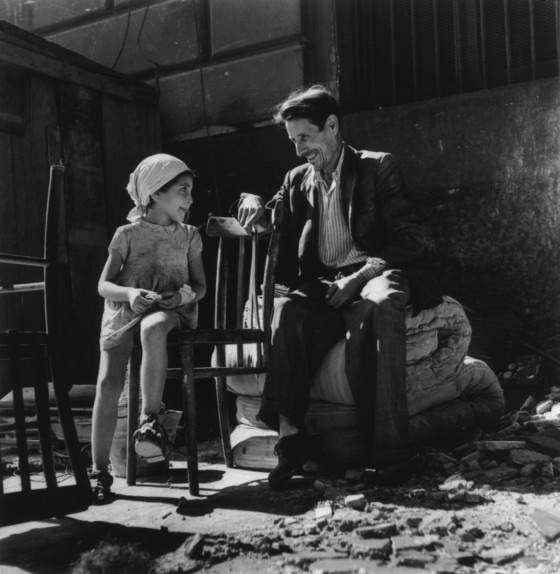 Robert Capa In July 1943 the Allies landed in Sicily, starting the liberation of Italy from Fascism. Between 1943 and 1945 they fought against German troops and Italian fascist troops from the Repubblica di Sa (...)
lo', slowly moving toward the north of Italy. Palermo. Sicily. July-August, 1943. © Robert Capa © International Center of Photography | Magnum Photos
License | 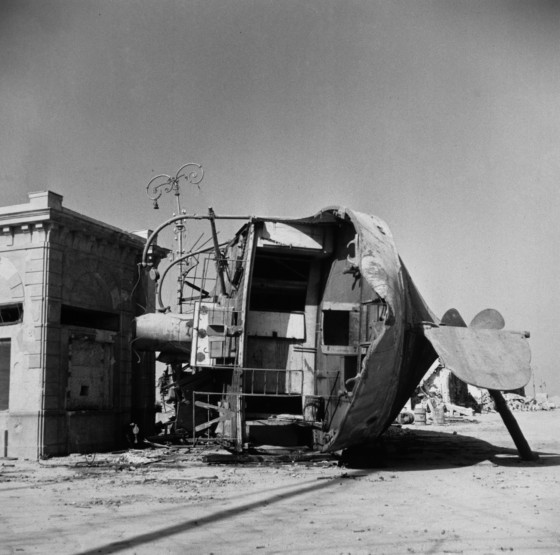 Robert Capa A boat that had been blown out of the water during the Allied air raids. Palermo, Sicily. July-August, 1943. © Robert Capa © International Center of Photography | Magnum Photos
License | Robert Capa Italian partisans who attacked the retreating Germans before the arrival of the American troops. In July 1943 the Allies landed in Sicily, starting the liberation of Italy from Fascism. Between 194 (...)
3 and 1945 they fought against German troops and Italian fascist troops from the Repubblica di Salo', slowly moving toward the north of Italy. Palermo, Sicily. July-August 1943. © Robert Capa © International Center of Photography | Magnum Photos
License |
Shop Now