In the latest of our photography insider features, Martin discusses her career, collaboration, and the elusiveness of a ‘formula’ for success in book publishing, with Sophie Wright 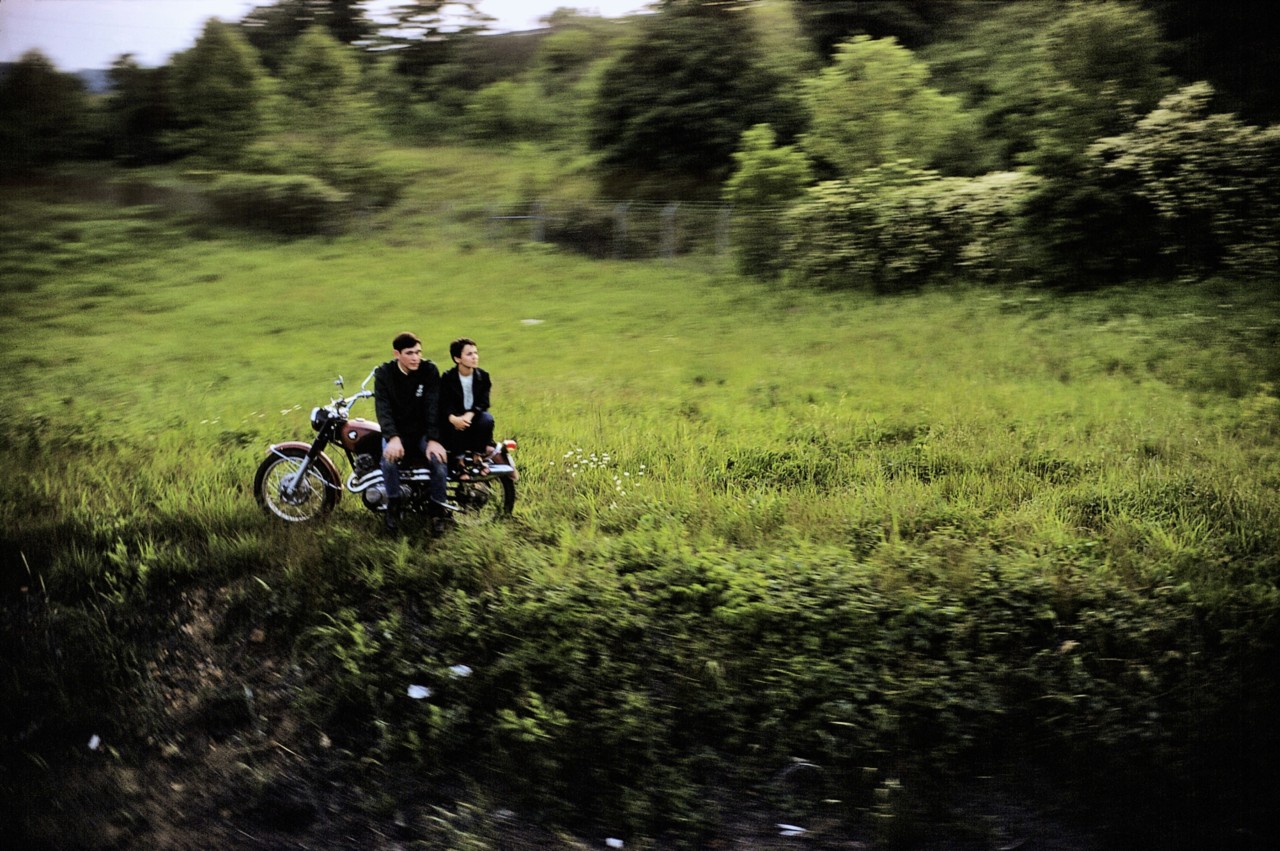 “My job is forest management, not individual tree tending. I’m trying to look at the whole.”

For Lesley A. Martin, Creative Director of Aperture, book editing is still at the heart of a role that has expanded and evolved over a long tenure at the organization. A not-for-profit foundation, Aperture’s current mission is to connect “the photo community and its audiences with the most inspiring work, the sharpest ideas, and with each other—in print, in person, and online.” Martin’s responsibility, as she explained with her arboreal analogy for the book editing process, is to coalesce different activities within the organization around an overall creative programme, always keeping in mind the audience and wider context for the work.

Martin has to exercise skills in collaboration and diplomacy while working on the complex group effort of photobook production: from navigating the editorial committee, to the negotiation of funding and support and the delicate process of shepherding creative teams including photographers, text contributors, designers, and printers. Martin began her career in book-making during an internship at Aperture in 1995. She had previously studied philosophy with a photography minor during her degree and then worked for three years in Tokyo to save the money to support her move to New York. In her early career she gained further editorial and production experience while working at Umbrage Editions. She then returned to Aperture in 2003 at a time of increased critical appreciation for the photo book form, reflected in the publication of Martin Parr and Gerry Badger’s first volume of their influential series The Photobook: A History, the following year. Charged with reinvigorating Aperture’s book list, Martin’s goal was to shift the publishing effort from what she describes as “an old school, conservative sense of what a book is and how it serves a photographer” to the more contemporary thinking that was happening at publishers such as Scalo and the early days of SteidlMACK. She was awarded the RPS Award for Photographic Publishing this year, in recognition of her success in this field. 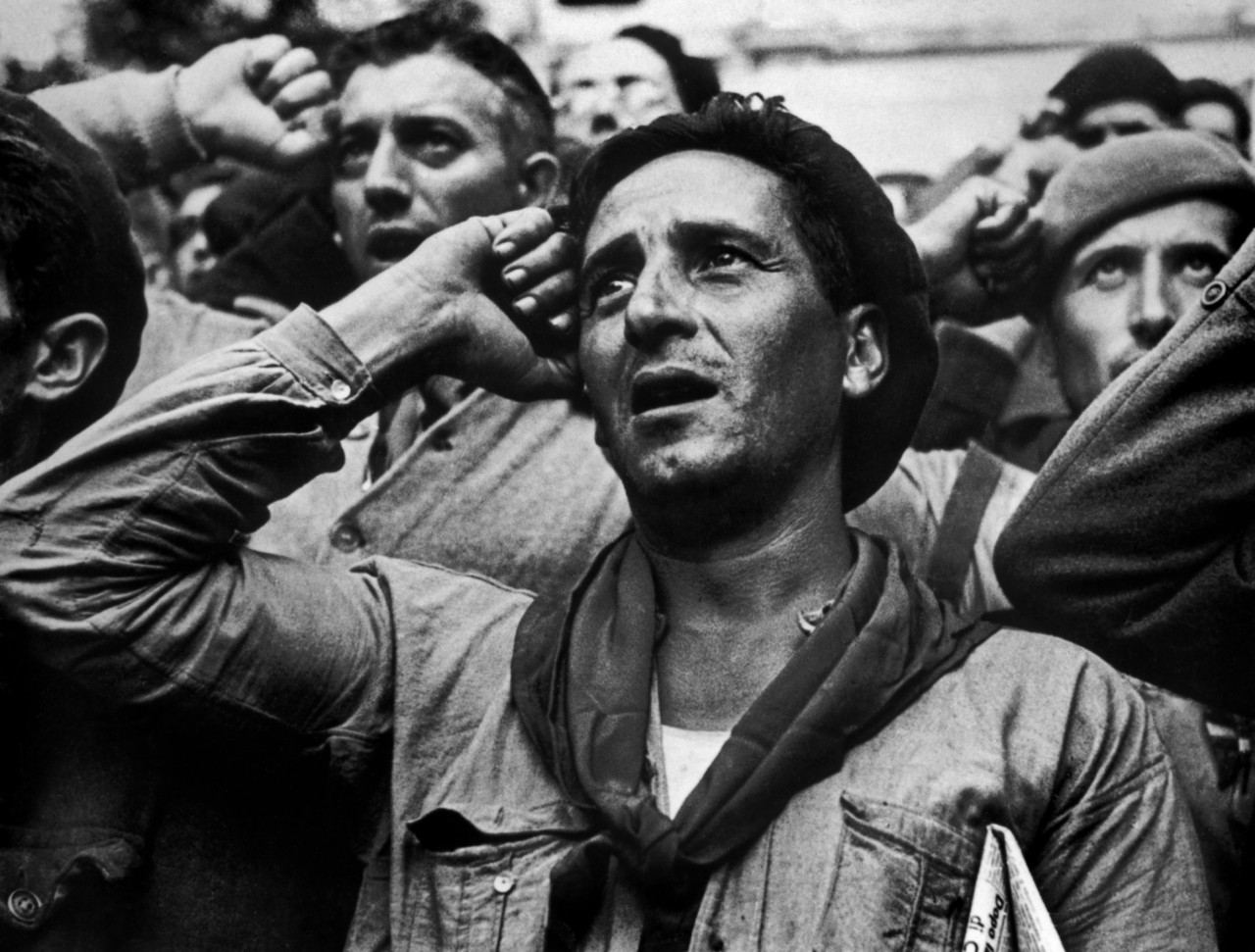 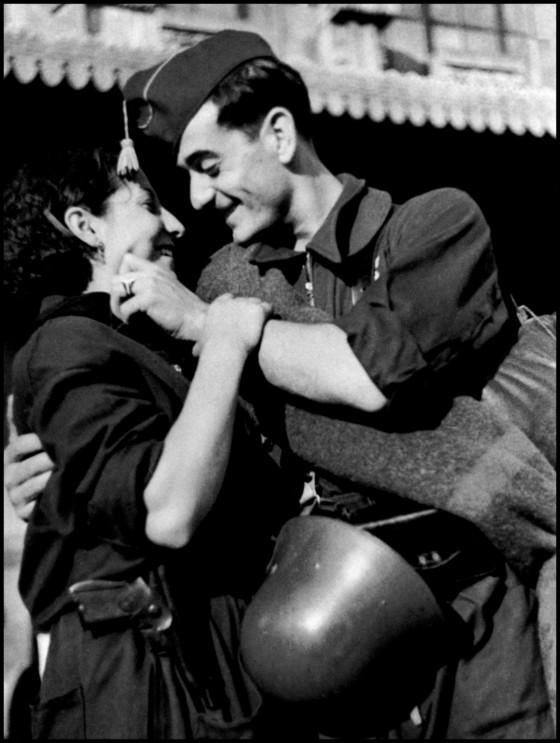 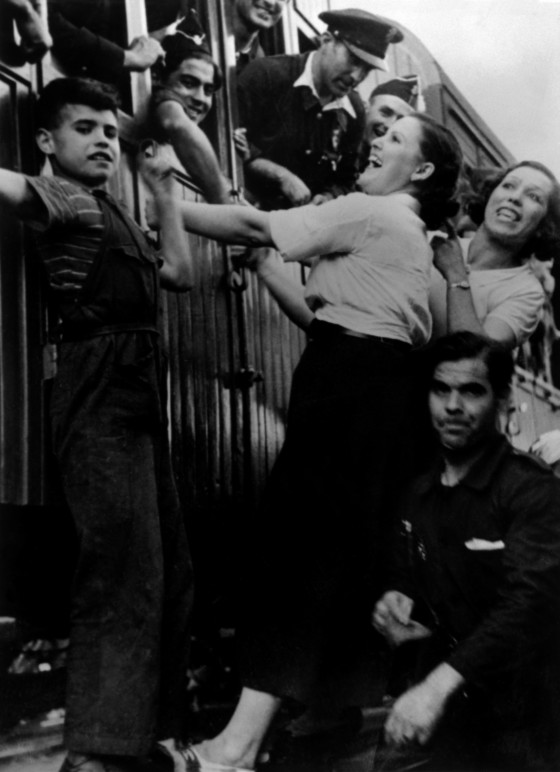 Aperture is known for its monographic books, as Martin says: “We pride ourselves at having worked and created singular experiences of bodies of work by great photographers, going back to Diane Arbus’s An Aperture Monograph in 1972”. In terms of formative book-making experiences with Magnum photographers, Martin references two projects.

The first was an early opportunity to work with Cornell Capa on Robert Capa’s Heart of Spain. “It was before the Mexican suitcase had been reclaimed so it’s probably riddled with errors of attribution, but that was just a really moving experience for me, as it revealed to me the depth of inspiration that Cornell had received from his brother.”

The second was working with Paul Fusco on two iterations of Funeral Train. The initial book was an Umbrage Editions publication that Fusco brought to Nan Richardson, Umbrage’s publisher, when Martin was still there. At this point, she explains, “ideas for the book were already fleshed out as the work had been published previously by Magnum as a very early experiment in print-on-demand book making, so we were just working on expanding it”.

However, it was during that experience that Fusco told Martin about a wider cache of material that was available. Years later, when James Danziger Gallery began working with Fusco, and Martin was at Aperture, the opportunity arose for her to follow up on her knowledge of the additional material, which was held at the Library of Congress. The thrill of that discovery is still present when she recalls the moment: “They literally pulled out an igloo picnic container full of slides. I just wanted to pop them in my mouth, they were so delicious looking!”. For Martin, these types of opportunities to present a photographer’s deep commitment to a given body of work, previously unrealized in book form, have been a humbling and hugely rewarding experience. 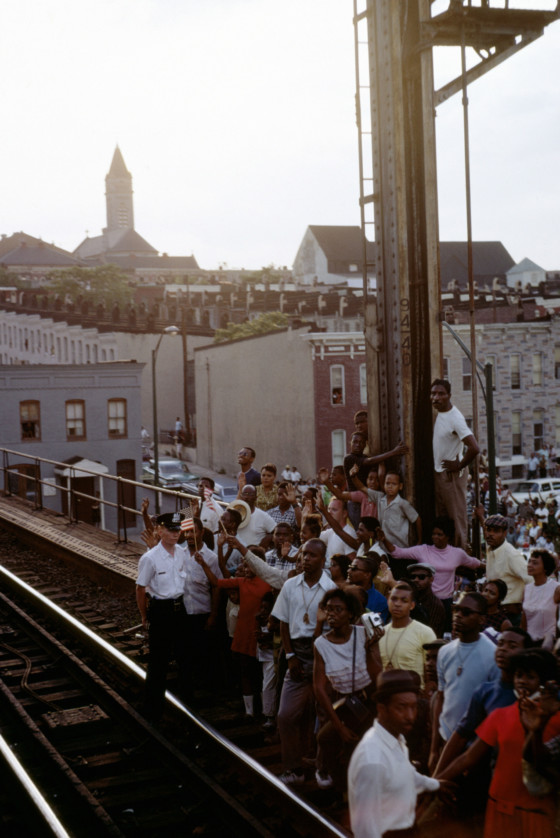 When it comes to editing monographs, each project is different. In book editing, “there is no formula”: she describes projects occupying a sliding scale, from a photographer needing help navigating a large group of work, to presenting a fully-realized book dummy that needs fine-tuning and translating into a final form. Her job also encompasses thinking about how a book will be received by the wider public. For Martin, her time working in production at Umbrage Editions was an important element in developing her understanding of the structural underpinnings of book making, and she recognizes this approach is shared by peers such as Michael Mack and Hans Gremmen of FW: Books.

Design also plays a critical role in the book making process and, working under the Aperture umbrella, Martin has had the opportunity to collaborate with a number of leading figures. Learning how to make books is now an increasingly important part of a photographers’ arsenal: however, many photographers still feel some mystery around the important role played by individual designers. With this in mind she happily recommends looking at books designed by figures such as Irma Boom, Winfried Heinenger of Kodoji Press, Lewis Chaplin and Sarah Piegay of Loose Joints, Brian Paul LaMotte, Sandra van der Doelen and Teun van der Heijden of Heijden Karwei, Stuart Smith of Gost Books, and Duncan Whyte – all of whom “have a great sense of materiality and structuring.” She tends to appreciate European designers where “the conversation around the photobook feels more developed in different and interesting ways.” 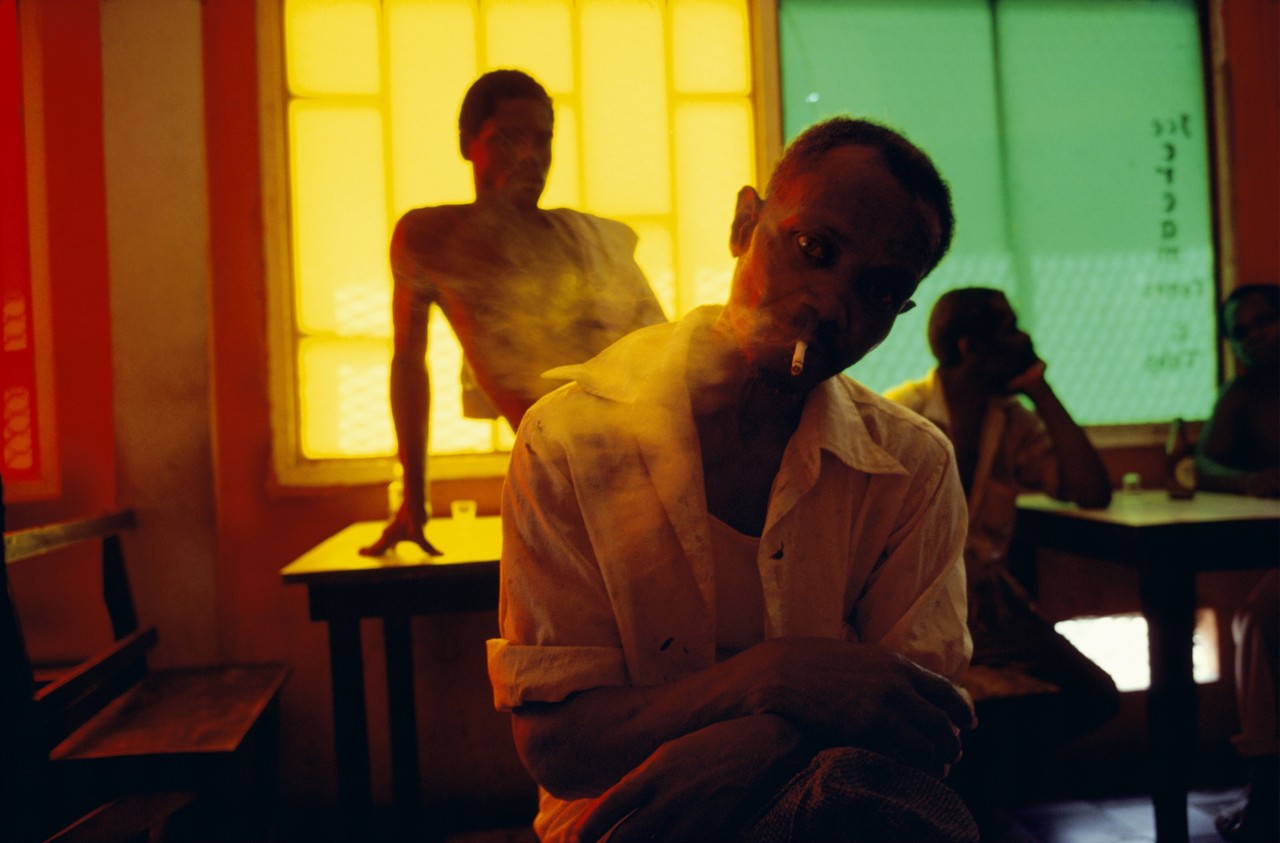 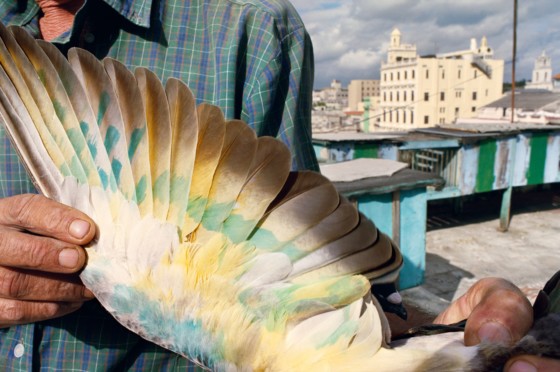 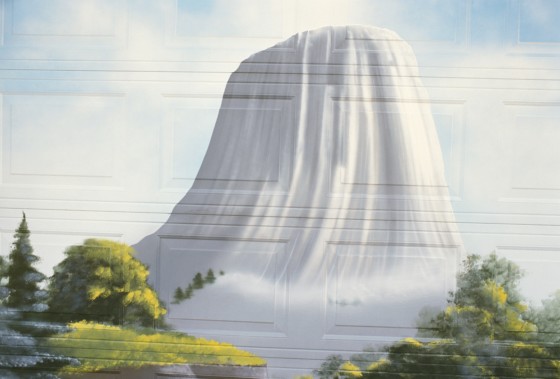 Increasingly the range of books produced at Aperture has broadened to underscore the wide scope of the photo community. Her colleague Denise Wolff oversees a thematic and educational series aimed at photographers, teachers and students interested in the inspiration and craft behind great bodies of work. Alex Webb and Rebecca Norris Webb on Street Photography and the Poetic Image, published in 2014 is one very successful example in this field. Martin herself sometimes works on thematic projects, most recently the hugely successful The New Black Vanguard by Antwaun Sargent, which for her encapsulates the Aperture ecosystem at its best. Aperture magazine, edited by Michael Famighetti, serves as “a great incubator” for ideas. It was here that Sargent’s writing was first published by Aperture and where it became clear to Martin that he should be invited to do a book on this topic.

In her expanded role, Martin has sought “to recognize and to try to create opportunities around larger ideas about what the photograph on the printed page means and how it operates.” Two key developments that she has overseen are Aperture’s Photobook Award and the publication of The Photobook Review. The idea for the former sprung from two Magnum alumni: Aperture’s outgoing director, Chris Boot, and Julien Frydman, then director of the Paris Photo fair. In collaboration with them, Martin refined the concept of the award to incorporate a shortlist structure that would advance not just a winner but bring attention to a wider pool of publications. In tandem, Martin launched The Photobook Review, a biannual publication distributed in Aperture’s magazine, aimed at broadening the conversation around photobooks. Martin’s aim is propositional—“it’s like a petri dish for the guest editor to follow through on some of their specific concerns.” Issues have focused on photo editing with David Campany, Stanley Wolukau-Wanambwa on archives and the photobook, Denise Woolf on ‘accidental’ photobooks, Federica Chiocchetti on texts and the photobook, and most recently, a theme explored by Deborah Willis. Willis analyzed and provided footnotes for future study around the idea of black artists who have not had opportunities with publishing, or about whom there is missing history – Ernest Cole, whose archive has recently come into Magnum, being one example. 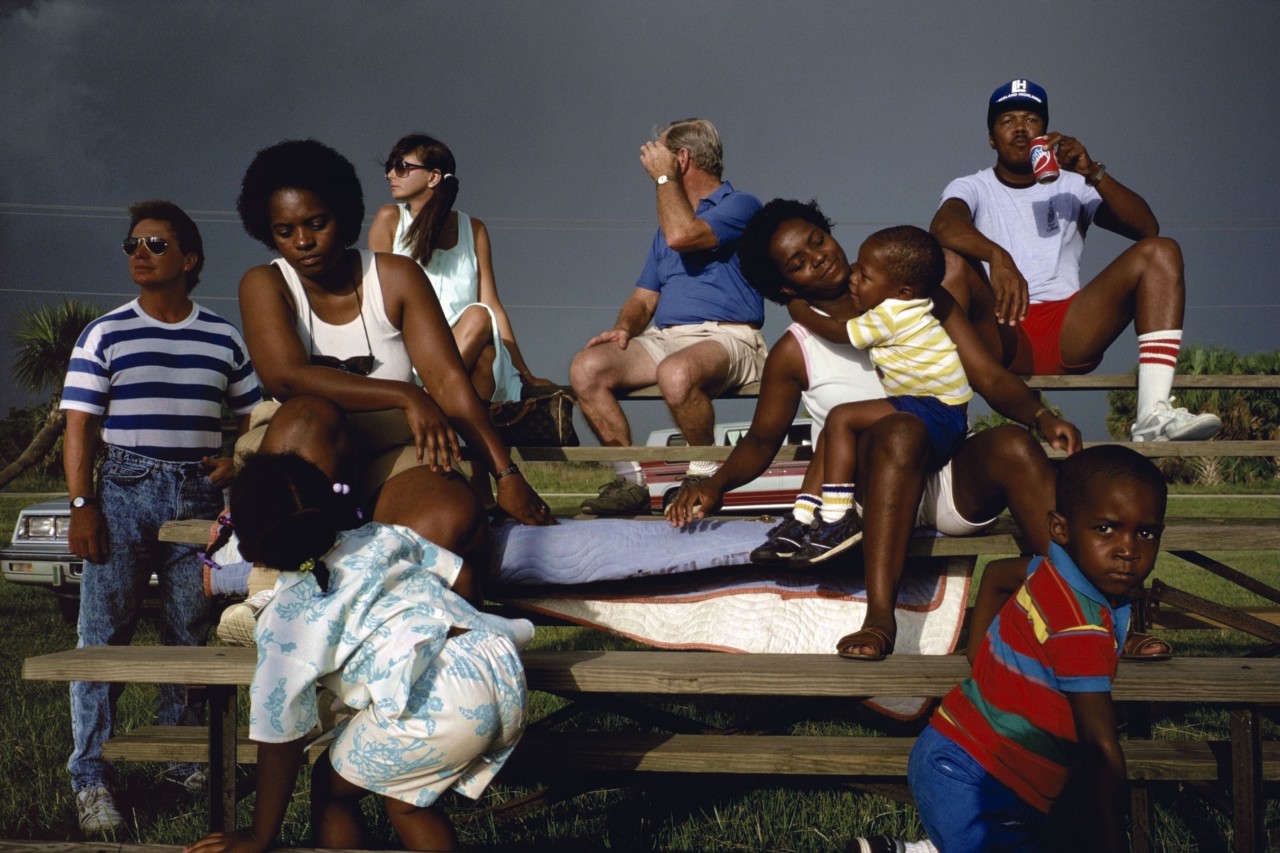 What advice would Martin give to contemporary documentary photographers, within a genre that is under pressure on many sides, not least on matter of ethics, representation and the news agenda? “I look to voices like Laia Abril who I think is doing incredible documentary work on tough subjects. Tough to photograph, tough to incapsulate easily,” she says, “The question of how to best provide context to a body of work is so critical right now to any documentary undertaking, and the book is a really important tool for that kind of work.”

This has been a challenging year for Aperture. Production and distribution have been met with delays during the first Covid-19 lockdown and accompanying closure of bookstores. For Martin, who relies on being out in the world to keep her finger on the pulse of new developments, “serendipitous discovery is missing at the moment”.  However, the organization has fostered strong links with its community; and good online sales activity has accompanied their increased digital programming. In the midst of the widespread criticism of cultural organizations in the wake of this year’s Black Lives Matter protests, and a broader awakening around matters of representation, Aperture’s track record of the past ten years in particular reflects a commitment to reflecting a diversity of practices and voices. Although, as Martin admits, “we still have a lot of work to do internally—this is a constant issue on the table on the table for us.” As Martin makes clear, the photo book remains a self-contained expression of authorship, which speaks directly to its readership: “the beautiful thing about a book is that it can come to you in a very direct and unencumbered way.” 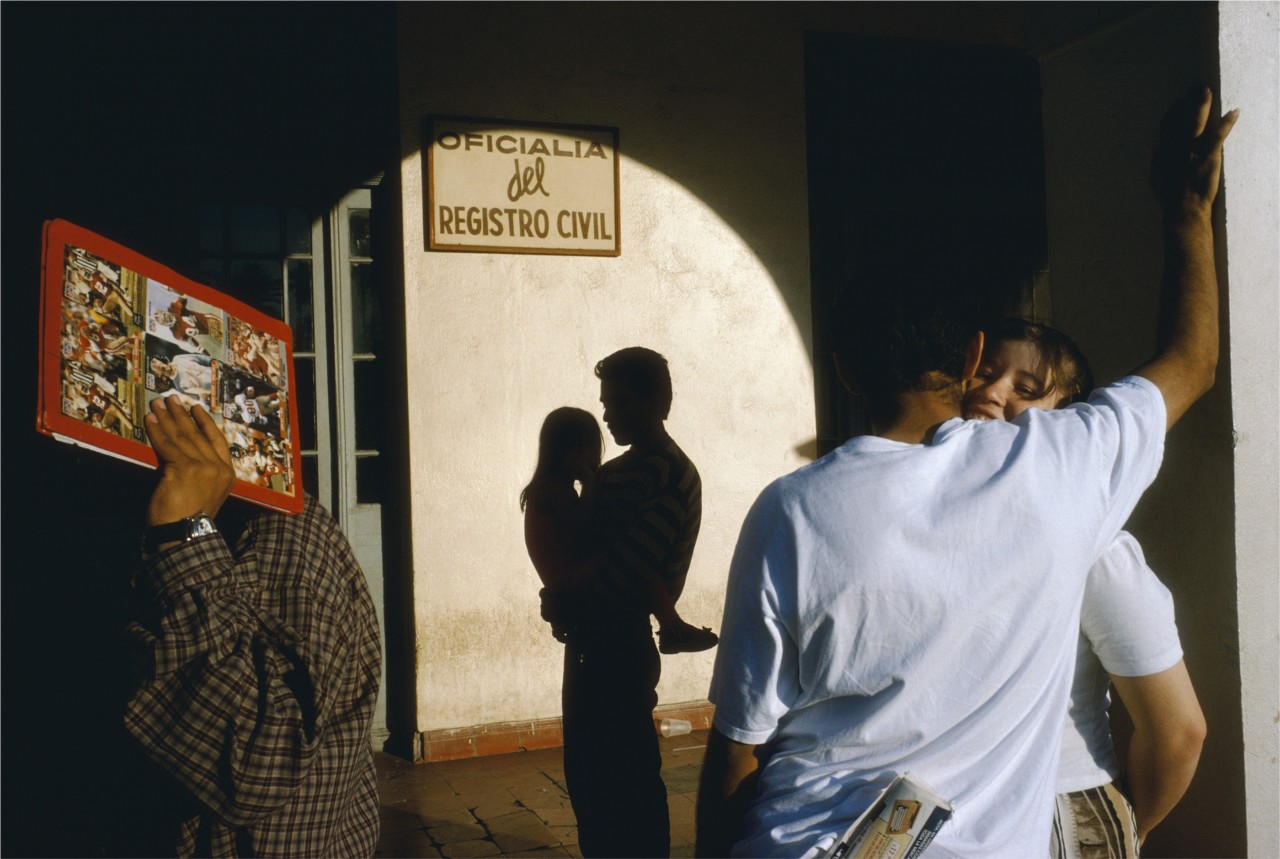