One of the most iconic figures in world sport, Ayrton Senna made much of his name, and solidified his legend in his victories at the Monaco Grand Prix – the biggest event in the F1 calendar, and – along with two other events: the 24 Hours of Le Mans and the Indianapolis 500 – one of the most illustrious events in world motorsport. Senna’s image, and his appearances in media often seemed at odds with his notorious aggression on the track, here – ahead of this weekend’s Monaco Grand Prix – we reflect upon that contrast which is made so evident in Raymond Depardon’s reflective – indeed at times almost serene – photographs of the driver. Raymond Depardon Ayrton Senna sits in the cockpit of his Honda, behind him the mechanics make final checks before he participates in a race at Estoril, Portugal.1988 © Raymond Depardon | Magnum Photos
License |

A quarter of a century after his death, Ayrton Senna is still among the best-recognised faces in Formula 1. Considered by many to be the greatest racing driver ever born, he is without doubt the most iconic competitor in the sport’s history.

A three-time world champion, Senna was ever-present at the front of the grid for a decade during which Formula 1 grew into a global sporting spectacle. His achievements on the track are the foundation of his legend, but it was set in stone by his enigmatic persona, his tendency to attract controversy, and the shocking manner in which he lost his life during the 1994 San Marino Grand Prix.

Today, it can be difficult to separate the man from the mythology. There are countless stories to be told about Senna, some entirely true and others little more than folklore. His death makes them difficult to judge, leaving even those who were there unable to arrive at the exact truth. 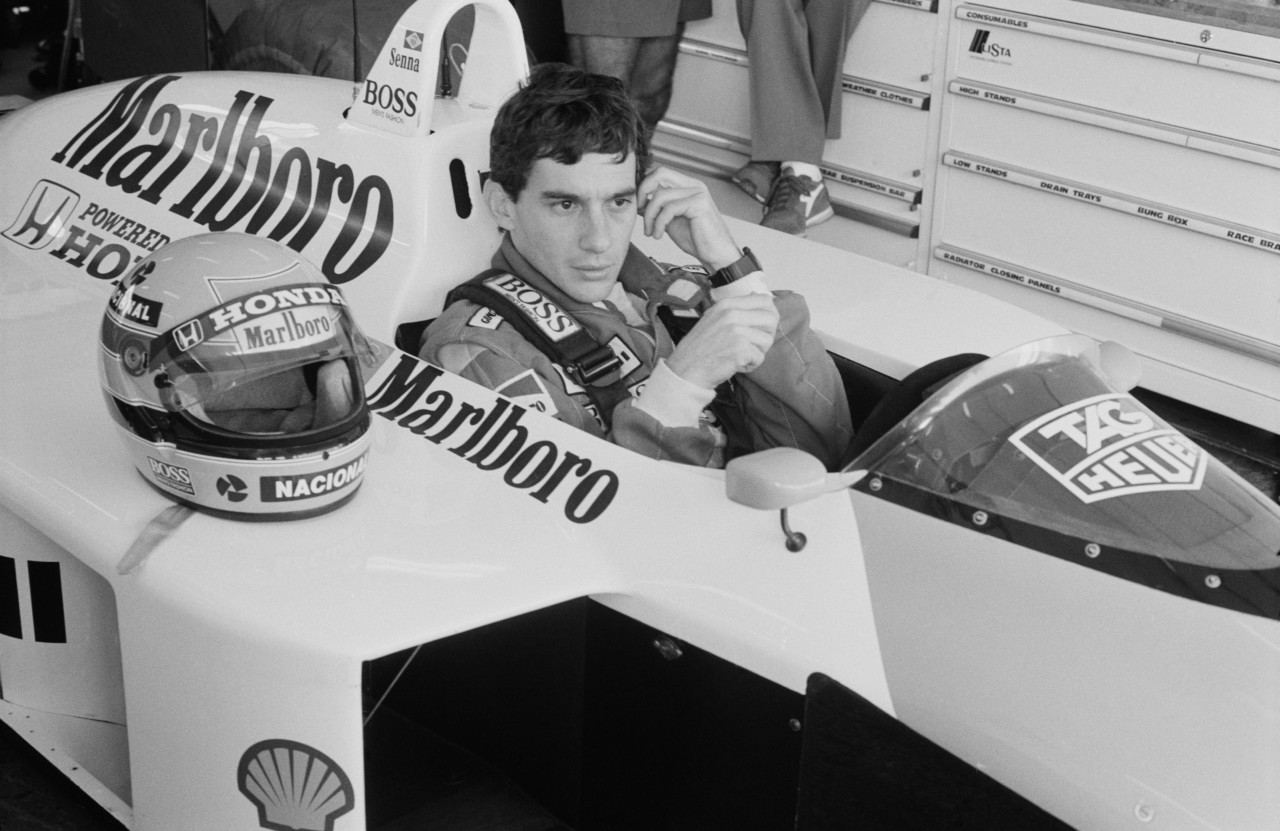 Raymond Depardon Ayrton Senna is always tense and quiet before the race, he sits behind the wheel of his HONDA in the pits at Jerez, Spain.1988. © Raymond Depardon | Magnum Photos
License |

"Senna was a man of contrasts. Shy and softly-spoken out of the car, he came across as sensitive and displayed great dignity. But he could be a very different animal behind the wheel" 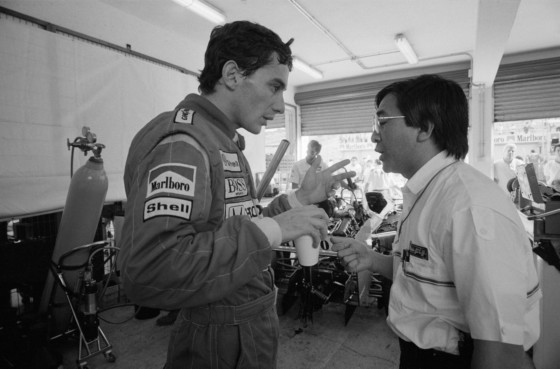 Raymond Depardon Ayrton SENNA, last minute revisions in the mechanic's shop of the pits at Jerez/Spain, refreshes with a drink and some words of advise.1988. © Raymond Depardon | Magnum Photos
License | What can be said with certainty is that Senna was a unique character among the grand prix racers of his day. Whereas many of his rivals lived high-speed lives off the circuit as well as on it, the Brazilian was committed, body and soul, to his sport. For him, racing could be described in almost religious terms. He talked of out-of-body experiences at the wheel, of going to a place where only he and the car existed. It was perhaps simply his unique way of describing what it’s like to drive a Formula 1 car at the limit, but after his death it took on a near-mystical quality.

Though he is often described in such romantic terms, Senna was a man of contrasts. Shy and softly-spoken out of the car, he came across as sensitive and displayed great dignity. But he could be a very different animal behind the wheel: ruthless, aggressive, capable of behaviour that flew in the face of sportsmanship. On a handful of occasions, he put other people’s lives at risk.

But ruthlessness was just one side of Senna’s driving. More often, he was simply brilliant at what he did. Seen by many as the fastest of all time over a single lap, he turned qualifying into an art. He was peerless in the rain throughout his career and took two of his greatest victories – at Estoril in 1985 and at Donington in 1993 – in sodden conditions. 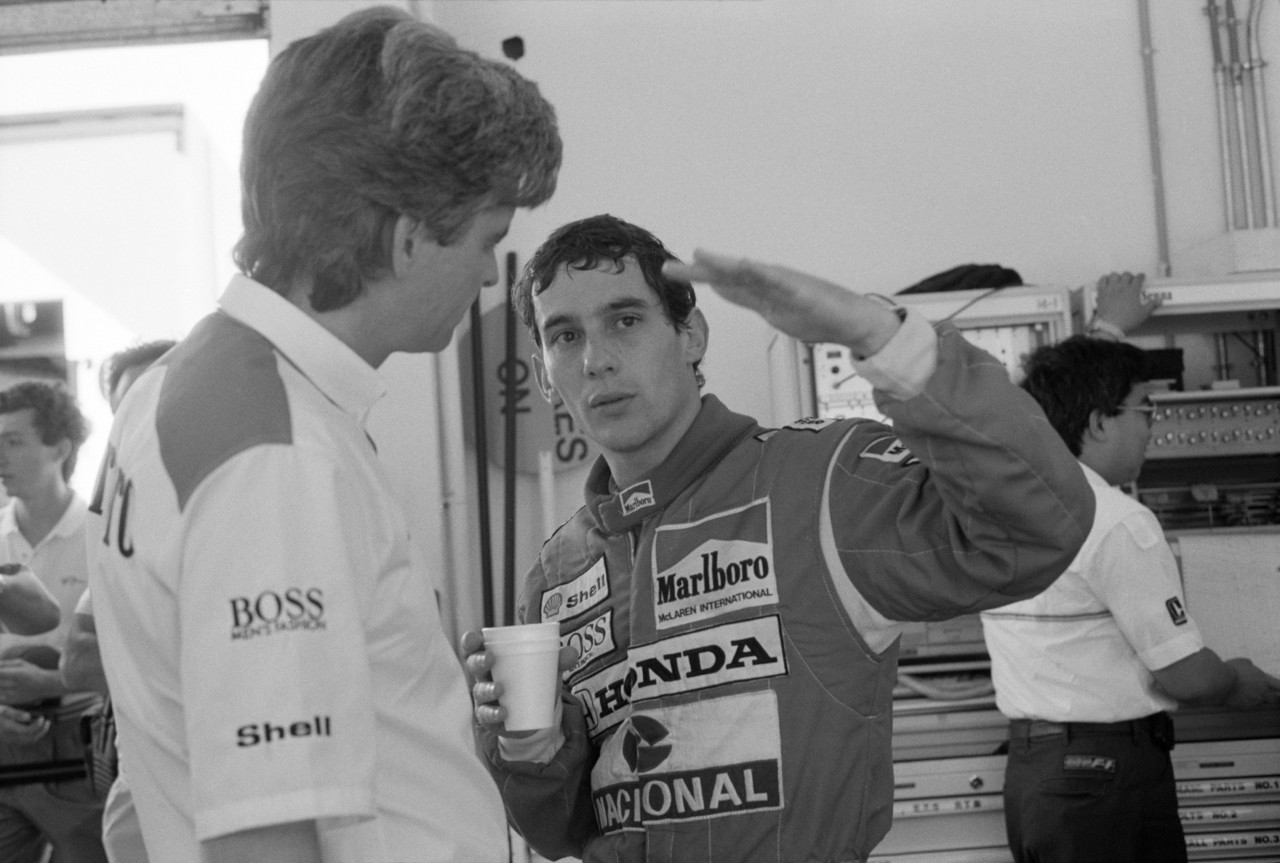 Raymond Depardon Ayrton SENNA explains to a mechanic a flap problem of his HONDA car, in the pits of the track at Jerez in Spain. 1988. © Raymond Depardon | Magnum Photos
License |

And then, of course, there was Monaco. Senna remains inextricably linked with the famed Mediterranean street circuit. It was where he first announced himself, in 1984, by chasing down Alain Prost (in pouring rain, of course). Prost was an established star driving for a leading team, Senna the young upstart in an unfancied car. The race was stopped early due to the worsening weather and Senna had to settle for second, but he had made this name known.

In 1987 he won in Monaco for the first time, half a minute ahead of his nearest challenger. In 1988 he was even further clear in the lead, but crashed out while holding an almost unassailable advantage. Afterwards, the story goes that Senna made straight for his Monaco apartment and did not reappear for several hours. It is exactly this kind of anecdote that supports his legend.

Whatever his reflections during those hours alone in his apartment, they clearly worked. Senna would not be beaten again at Monaco for the remainder of his life. He won in the principality without exception from 1989 through 1993, establishing a record six wins around the streets that still stands today. Among those victories, 1989 and 1992 were particularly special.

Monaco suited Senna’s most potent skills: unflinching commitment, pinpoint precision, the ability to go beyond himself and become one with the car. His shy charisma and dark, boyish good looks were also a perfect fit against the Monaco backdrop of celebrity hangers-on and million-dollar yachts bobbing in the harbour. It was exactly how Formula 1 saw itself – how it wishes it still was – made real for a few short years. In some respects, Senna is as important to the sport now as he was during his time at the pinnacle of the sport. There is the obvious fact that he inspired many generations of drivers to follow, particularly a boy from Stevenage named Lewis Hamilton who idolised Senna throughout his childhood and remains equally influenced by him now that he is a grown man with five world titles. (Lewis has outdone Senna in almost every statistic, but he would never suggest that he has eclipsed the Brazilian’s achievements).

More than this, the sport’s whole ecosystem remains reliant on Senna. Every conceivable piece of merchandise bearing his name still sells, with dedicated stalls at each grand prix. An eponymous documentary achieved mainstream success, while specialist and general sports publications can be relied upon to produce regular Senna content.

Even F1 itself needs Senna. The truth and the myth of his career remain potent selling points and are not likely to be forgotten. This, Formula 1 wishes the world to know, is what our sport is all about. But when we see images of Senna, he clearly belongs to the past. Whatever the truth of the man, we can say for certain that there will not be another like him. 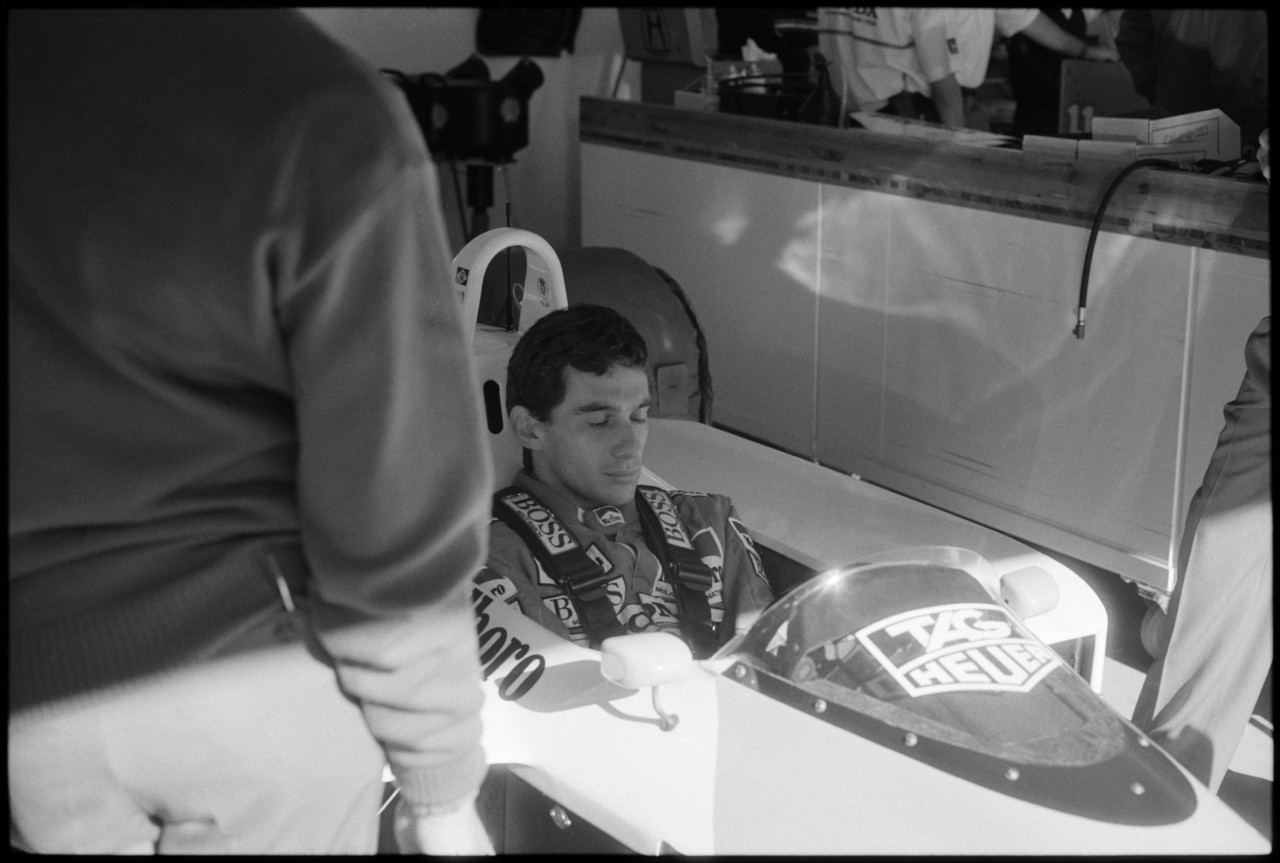