When Donald Trump became president elect, millions of undocumented immigrants living in America began to wait anxiously to see if and how he would carry out his promise to deport them should he become president. In the days that followed the presidential election result, representatives from police departments and city offices of so-called sanctuary cities came forward to take a stand against Trump. For example, LAPD Chief Charlie Beck said, “We are not going to engage in law enforcement activities solely based on somebody’s immigration status. We are not going to work in conjunction with Homeland Security on deportation efforts. That is not our job, nor will I make it our job,” the Los Angeles Times reported. 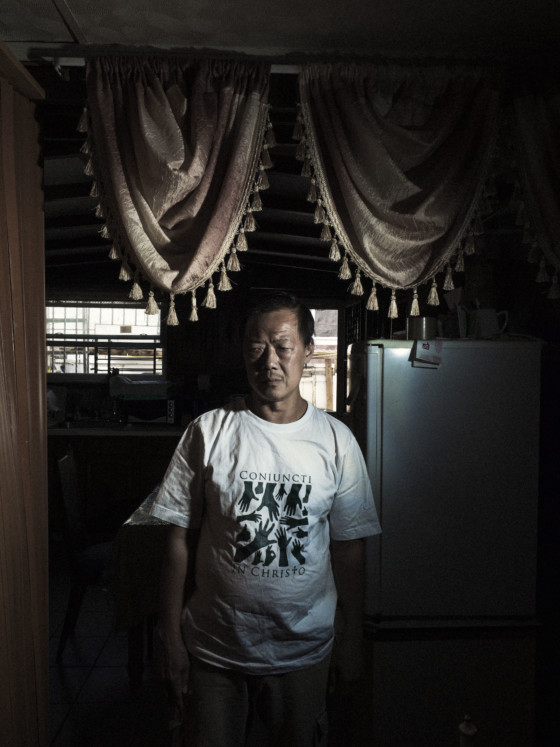 Jérôme Sessini Agung, from Indonesia, lives in South Philadelphia. A rising leader in the sanctuary organization, he is helping with the campaign for driver's licenses for undocumented immigrants in Philadelphia. (...)
Philadelphia, USA. August 17, 2016. © Jérôme Sessini | Magnum Photos 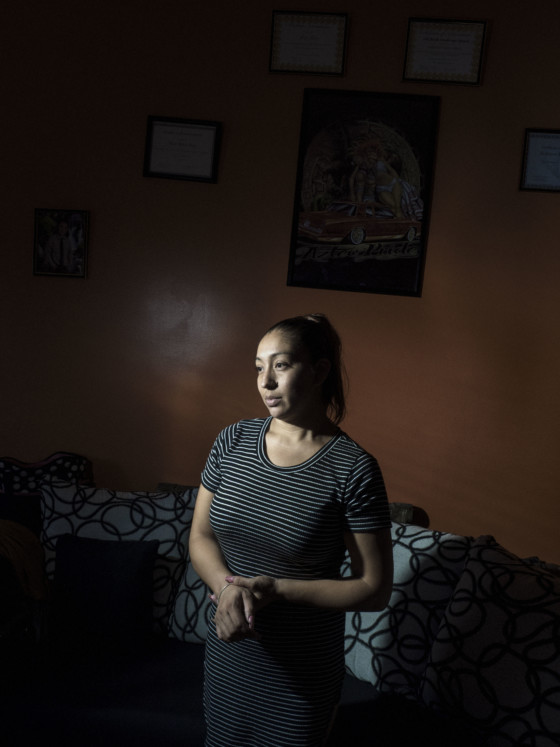 Jérôme Sessini Alejandra at home. Her husband was the victim of police brutality, and then was turned over to ICE (Immigration and Customs Enforcement agency) before Philadelphia had the sanctuary city policy. (...)
They both fought very hard to pass the sanctuary city policy, which is now in place. Philadelphia, USA. August 18, 2016. © Jérôme Sessini | Magnum Photos

This comes despite Trump saying, in the run-up to the election, that he would block funding to cities that offer sanctuary to immigrants. “Block funding for sanctuary cities. We block the funding. No more funding,” Trump said in August when he laid out his immigration plans at a rally in Phoenix. “Cities that refuse to cooperate with federal authorities will not receive taxpayer dollars.” If Trump is true to his word, it would mean that his home city of New York could stand to lose close to $10.4 billion in federal funds, according to budget documents sent from the City Council Speaker’s office. 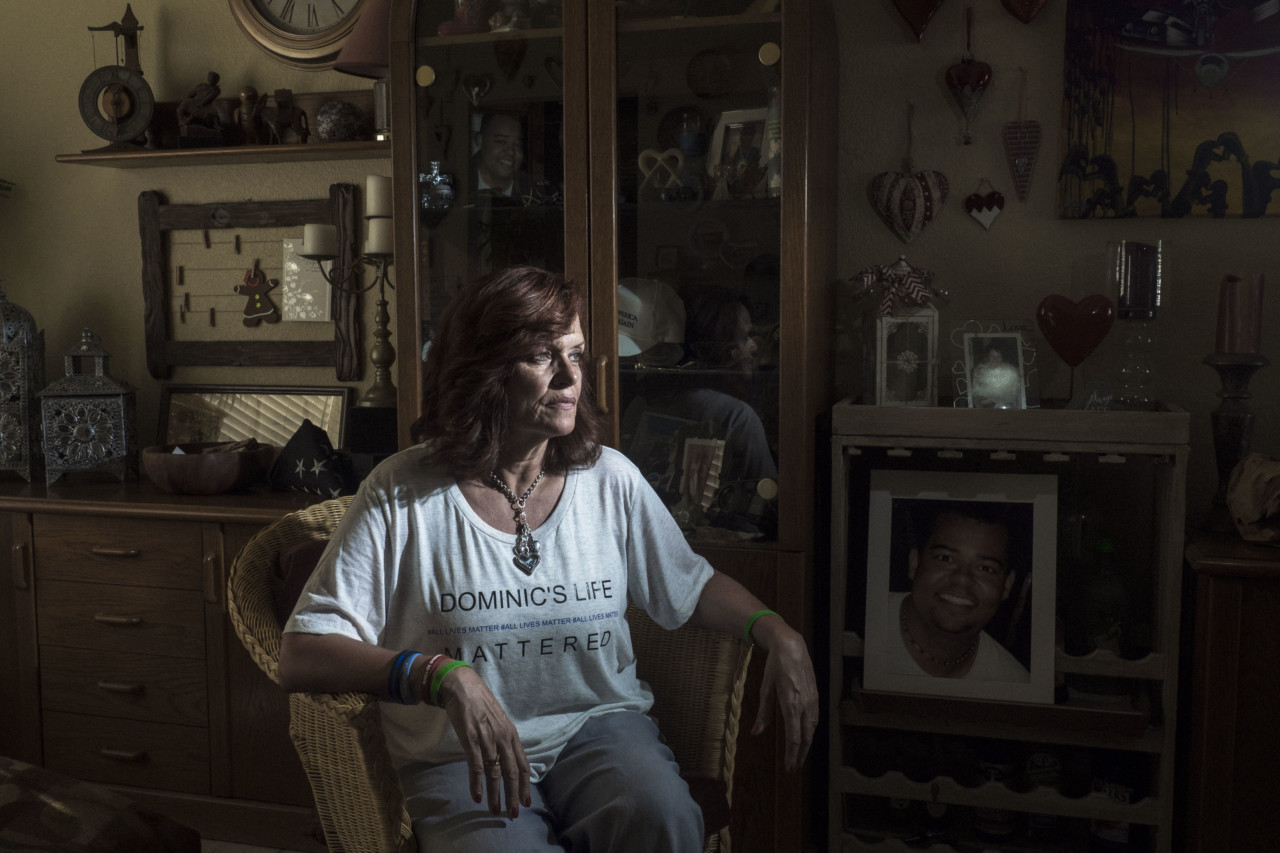 Before Trump was elected, Magnum’s Jérôme Sessini visited big sanctuary cities San Francisco, Houston, and Philadelphia, as well as Frederick County, Maryland, where he met Maryland Sheriff Charles Jenkins, who spoke before Congress in 2015 against sanctuary city policies. Sessini met people on both sides of the argument: families with undocumented members who would be torn apart, as well as relatives of people who were killed by undocumented workers. 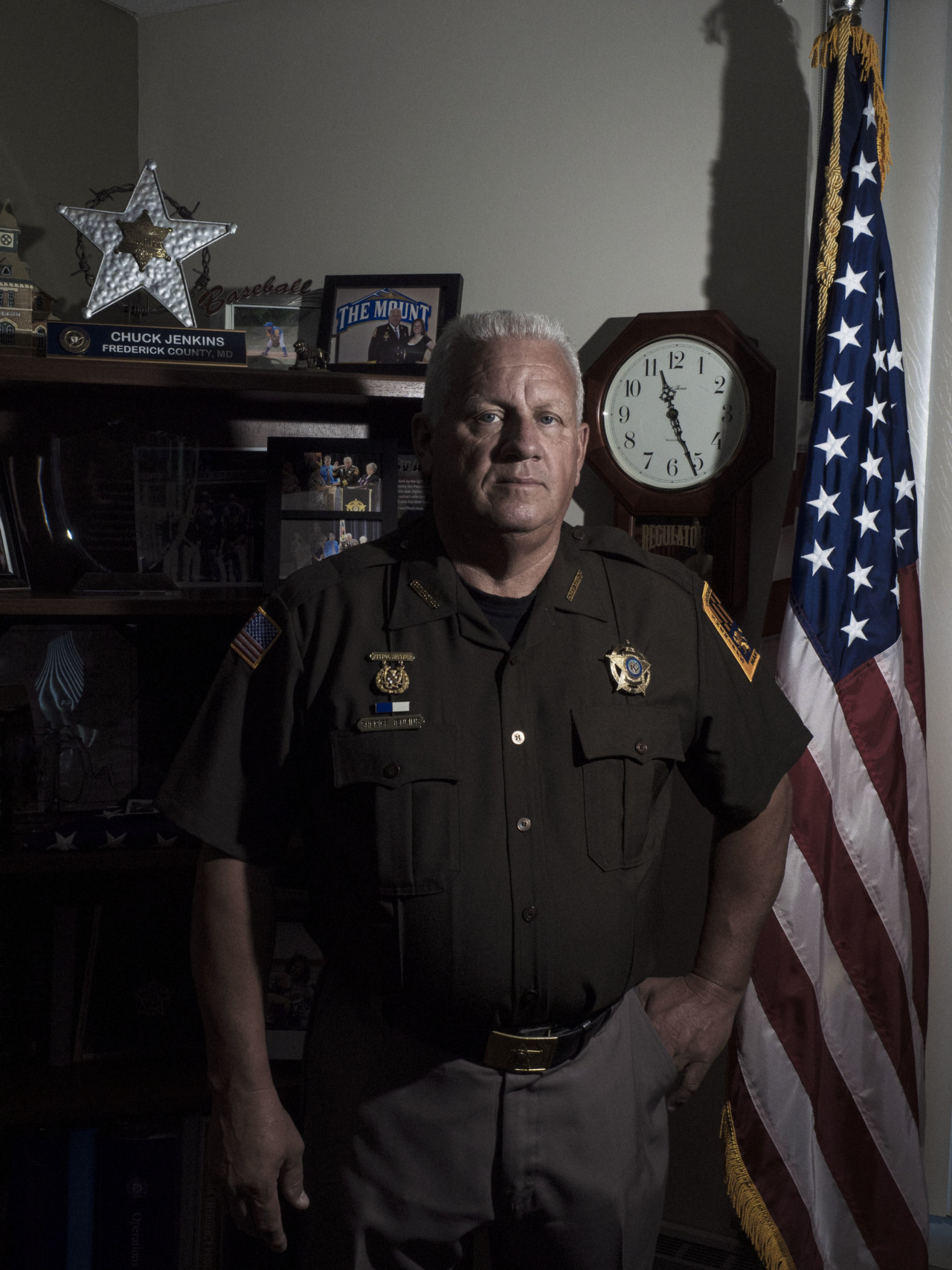 "How do you show the concept of sanctuary for illegal migrants?"

It’s a difficult and nuanced subject matter to explore photographically, he explains: “How do you show the concept of sanctuary for illegal migrants? The fear of being deported? Of living in the daily anguish of police controls? On the one hand I am sensitive to the situation of families who come to seek work in the USA, and a better future for themselves and their children, while on the other hand, how can one ignore the pain of those who, like Sabine Durden or Dan Golvach, lost a son, murdered by illegal migrants?” 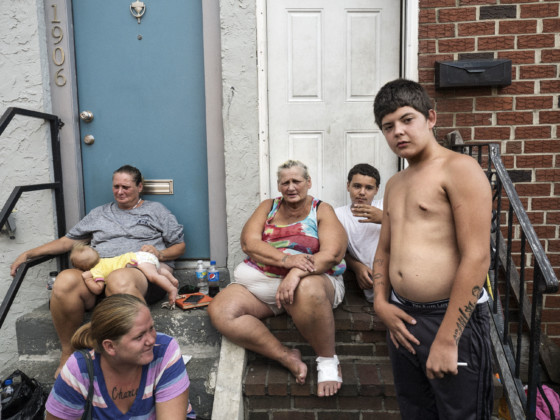 Jérôme Sessini An Irish family sitting on the doorstep of their apartment in Kensington, a neighborhood in Philadelphia. It is between the Lower Northeast section of Philadelphia and North Philadelphia. Kensingto (...)
n is best known for its large working class Irish Catholic community. Along with Irish Americans, Kensington is also home to a large population of Hispanic Americans (mainly Puerto Ricans), African Americans, Polish Americans, and Italian Americans. The area faces a problem with drug addiction, particularly heroin addiction. Philadelphia, USA. August 16, 2016. © Jérôme Sessini | Magnum Photos 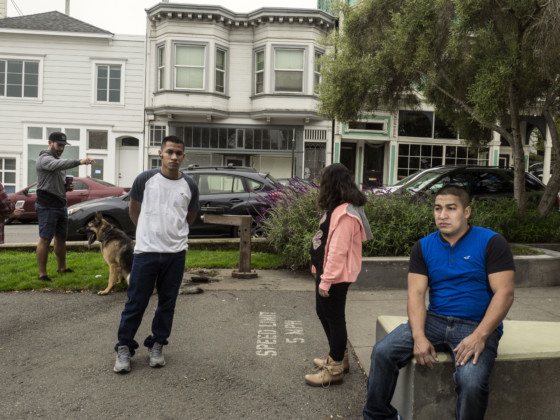 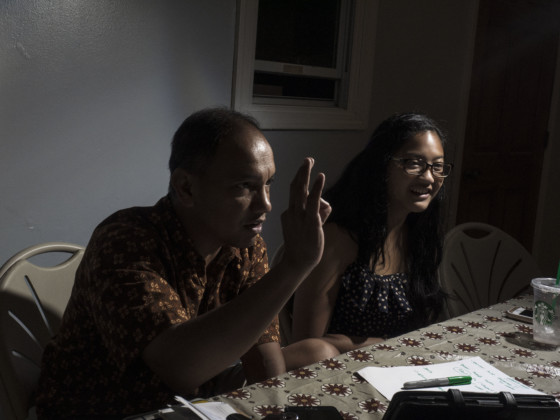 Jérôme Sessini Estela and Mario Hernandez at home in Philadelphia. The undocumented couple from Oaxaca Mexico have 3 children (Alexa, 12, William, 10 and Marco, 7). They are active members of the Visitation Chur (...)
ch. Mario and Estela were leaders in the campaign to keep Philly's sanctuary city policy when their old mayor tried to roll it back. Philadelphia, USA. August 17, 2016. © Jérôme Sessini | Magnum Photos

In Philadelphia, which was originally designated as a sanctuary city in 2014 by former Mayor Michael Nutter, Sessini met Alejandra, whose husband was the victim of police brutality, and then was turned over to ICE (Immigration and Customs Enforcement agency) before Philadelphia had the sanctuary city policy. They both fought hard to pass the sanctuary city policy that is now in place. Following the announcement of Donald Trump as President Elect, a spokeswoman for current mayor Jim Kenney stressed that the he was absolutely “committed to continuing Philadelphia’s diversity and inclusion,” and would do whatever he could “to protect it”. 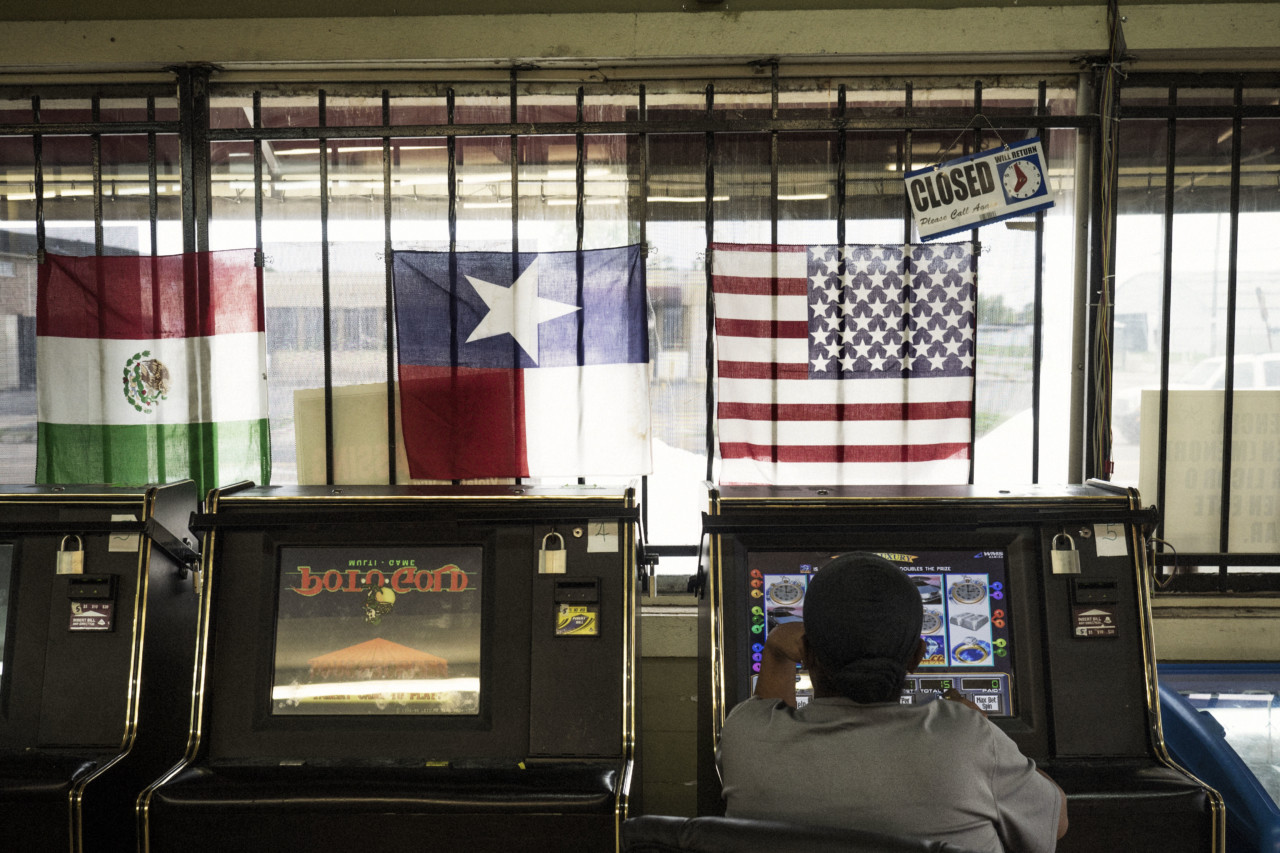 In Houston, Texas and in Moreno Valley, California, Sessini met and photographed two people who had lost a family members due to, they feel, lax immigration law and enforcement. Dan from Houston’s son was killed by an undocumented immigrant and he’s now campaigning for stricter immigration policies. And in California, Sabine Durden’s Son was killed by an undocumented immigrant. She voted for Obama in 2009, but now she is a Donald Trump supporter and wants stricter immigration laws.

“Ostracizing these people for their anti sanctuary city positions means not hearing their suffering, and caricaturing them as hateful racists does not solve any problem,” says Sessini, “On the contrary, it leads to a population that feels disposed towards extreme votes.” 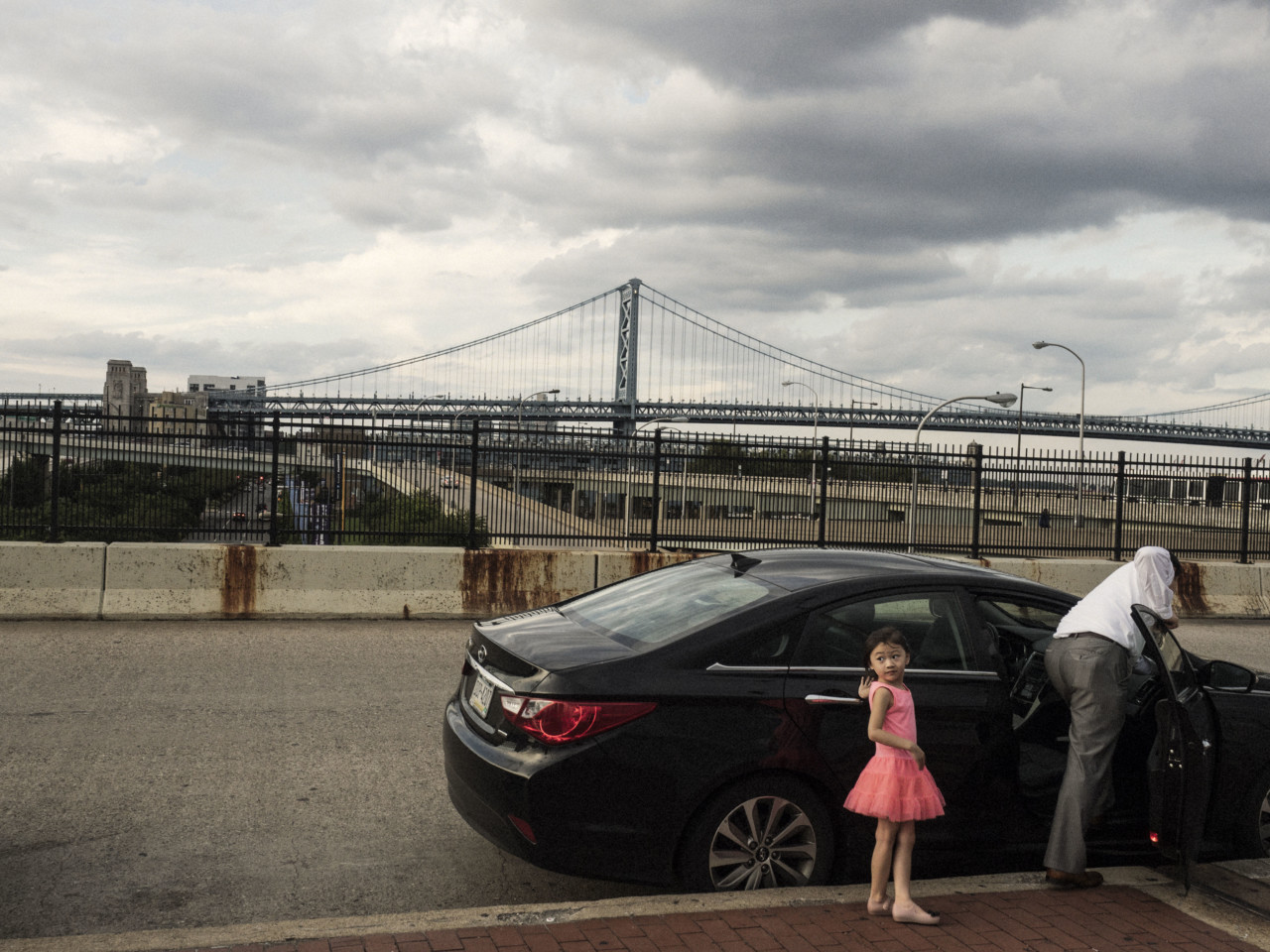