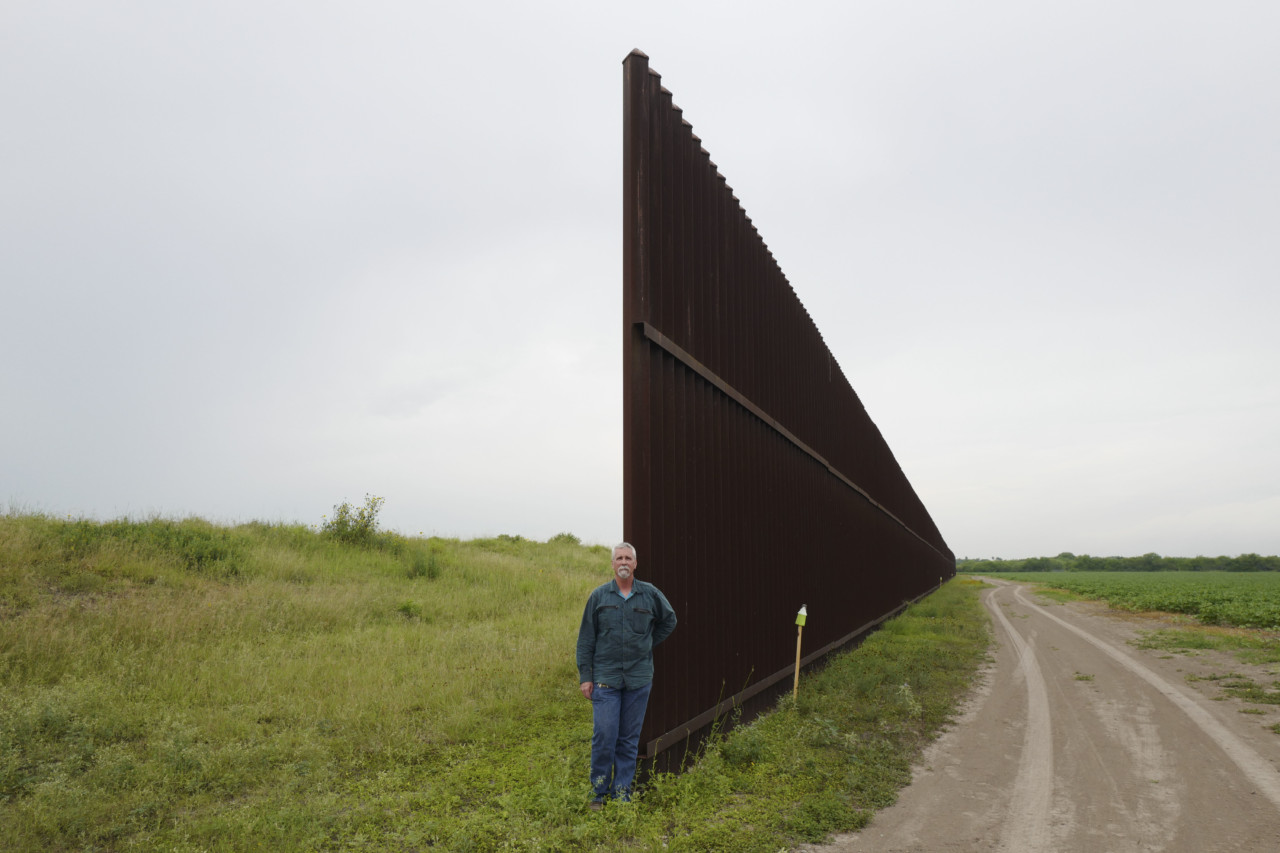 Peter van Agtmael Max Pons, a biologist and manager of the Nature Conservancy in Brownsville, home to one of two Sabel Palm groves in the United States. The land is bisected by a border fence, which has small holes (...)
cut in it, ostensibly to continue to allow normal migratory patterns of animals who traditionally crossed the land now blocked by the fence. Brownsville, Texas, USA. 2016. © Peter van Agtmael | Magnum Photos

In June 2015, presidential candidate Donald Trump announced that if elected, he would initiate the construction of a border-long wall between Mexico and the US. It’s his proposed solution to manage the inflow of illegal immigrants with an actual physical barrier along the southern border of the United States, and emblematic of his resolutely anti-immigration stance.

Earlier this year, Magnum’s Peter van Agtmael visited two Texas border towns, Laredo and Brownsville, the latter of which is ranked as one of poorest cities in America. Laying on the north-eastern side of the natural border of the Rio Grande river, the towns carry strong ties to Mexican communities. 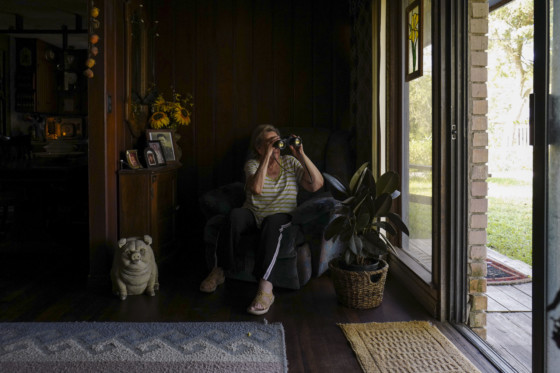 Peter van Agtmael A portrait of Pamela Taylor with the binoculars she uses to look for migrants. Taylor is an 88-year-old English-American woman who married a Mexican-American in World War II and moved to the U.S. s (...)
hortly afterwards. She is opposed to illegal immigration but also rejects the border fence as a deterrent and as an aesthetic blight. Nevertheless she has a stand of drinks in front of her house for thirsty migrants passing through. Brownsville. Texas, USA. 2016. © Peter van Agtmael | Magnum Photos Peter van Agtmael A shotgun and a bullet proof vest in the home of Pamela Taylor. Taylor is an 88-year-old English-American woman who married a Mexican-American in World War II and moved to the U.S. shortly afterwar (...)
ds. She is opposed to illegal immigration but also rejects the border fence as a deterrent and as an aesthetic blight. Nevertheless she has a stand of drinks in front of her house for thirsty migrants passing through. Brownsville. Texas, USA. 2016. © Peter van Agtmael | Magnum Photos 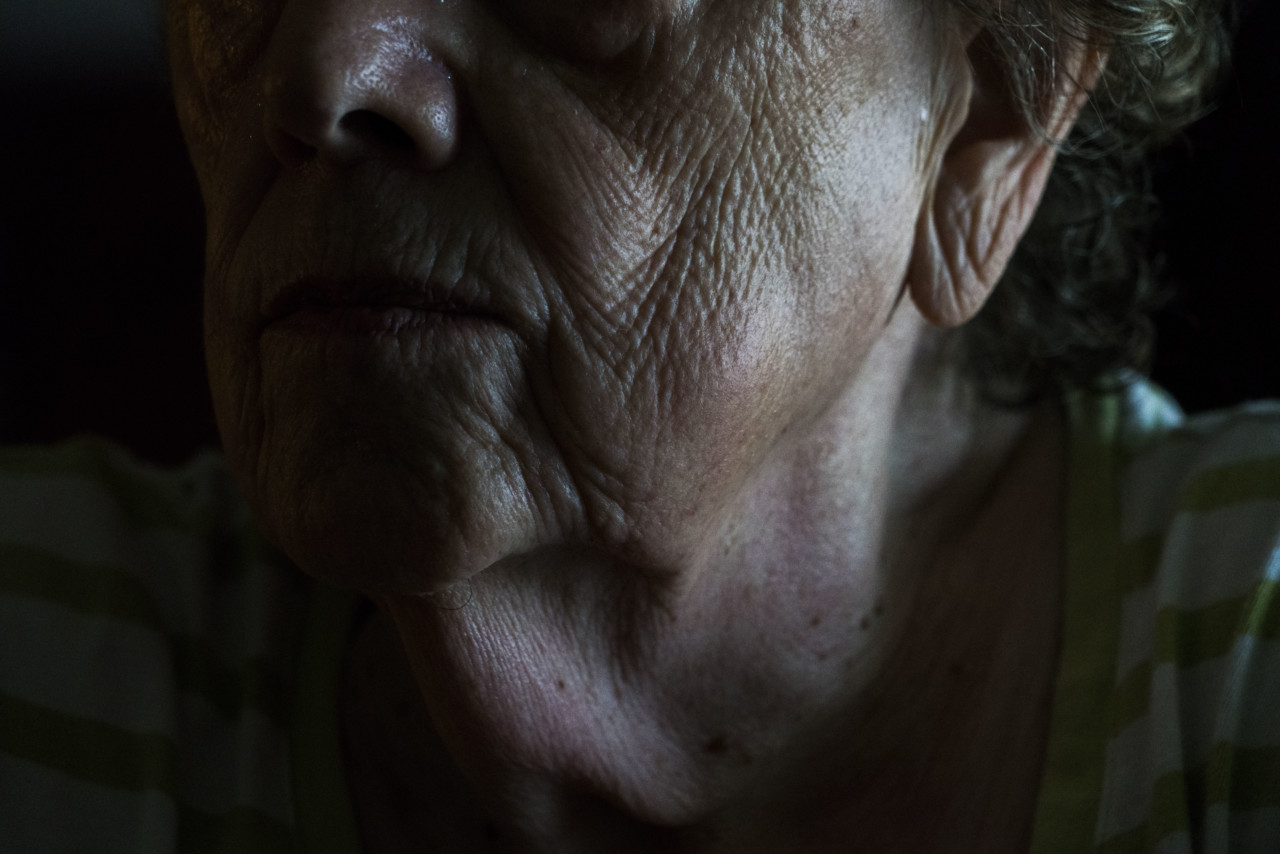 Peter van Agtmael A portrait of Pamela Taylor. Taylor is an 88-year-old English-American woman who married a Mexican-American in World War II and moved to the U.S. shortly afterwards. She is opposed to illegal immi (...)
gration but also rejects the border fence as a deterrent and as an aesthetic blight. Nevertheless she has a stand of drinks in front of her house for thirsty migrants passing through. Brownsville. Texas, USA. 2016. © Peter van Agtmael | Magnum Photos

Trade between the towns has been booming since 1848. Laredo is a busy customs district, which created about $280 billion in business (approx. 7% of all US trade) in 2014. It is currently 96% Hispanic and many of its residents commute daily to Mexico for work and leisure, and have strong cultural or familial ties.

Partial walls across the border already exist in the form of rusty 18-foot-high gates, built on property well within US territory. The intermittent fences are have many large gaps, necessary so far to allow free passage for residents, farmers, and local wildlife.

Currently, the Border Patrol guards these holes but a sealed-off wall, as proposed by Trump, would supposedly prevent any movement between property situated between wall and the Rio Grande – the true border.

According to some Border Patrol agents, a newer, bigger wall wouldn’t prevent smugglers who profit from sneaking people across the border; they’d need to find other ways to keep business going. 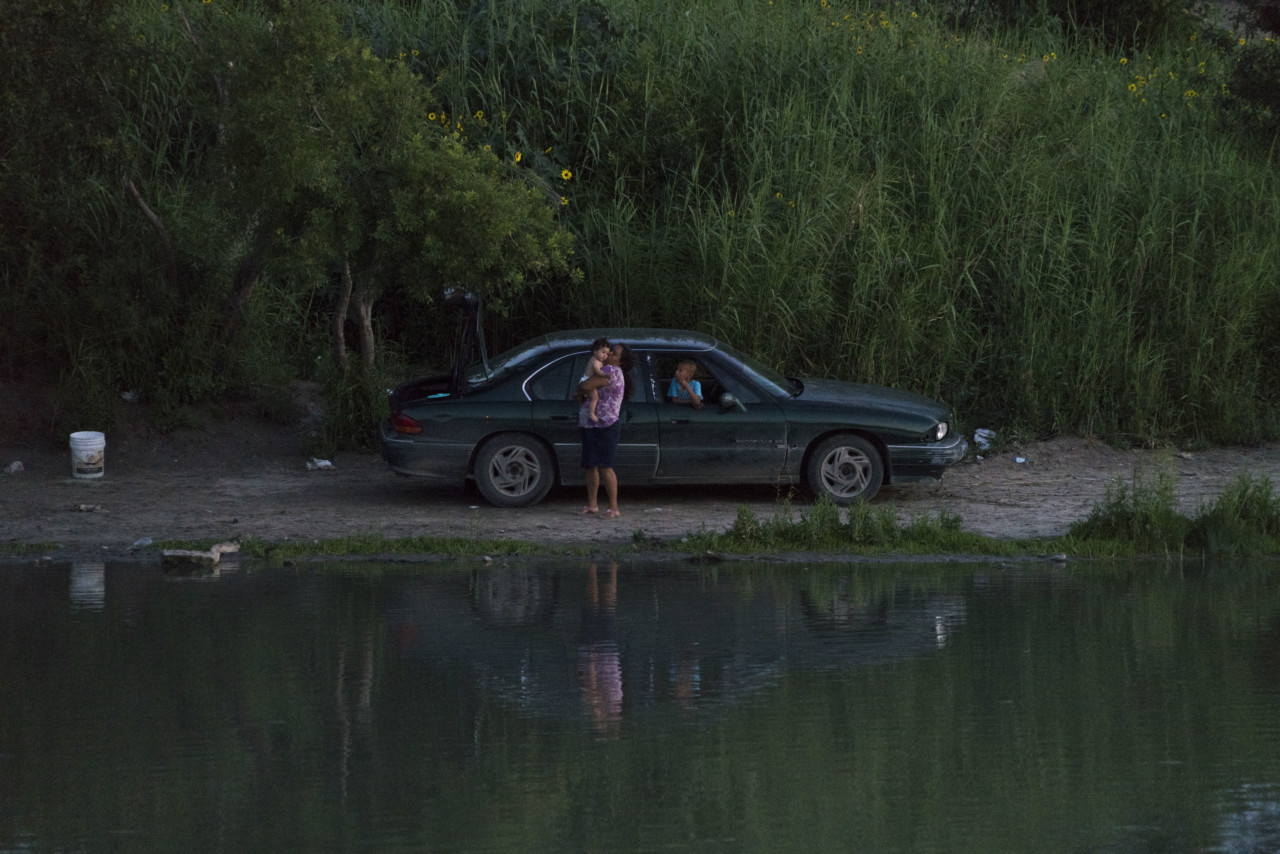 Whilst photographing the towns, Magnum photographer Peter van Agtmael documented his encounters with border patrol police, wildlife officers, gravediggers, and opinionated residents, including the famed Brownsville resident Pamela Taylor, an 88-year-old English-American woman who married a Mexican-American and moved to the US. She opposes illegal immigration but also feels a border wall would be an ineffective deterrent and an aesthetic blight. At one point, she was told by the US Army Corps of Engineers that a fence would go straight through the middle of her living room. After difficult negotiations, they reached a deal where there would be a large gap in the fence north of her property. It would be manned by the Border Patrol agents that run up and down her land and along the river. The effect is that her property has become a corridor for migrants. She has a stand of drinks in front of her house for thirsty migrants passing through, but also in clear sight are a shotgun and a border patrol bullet-proof vest. 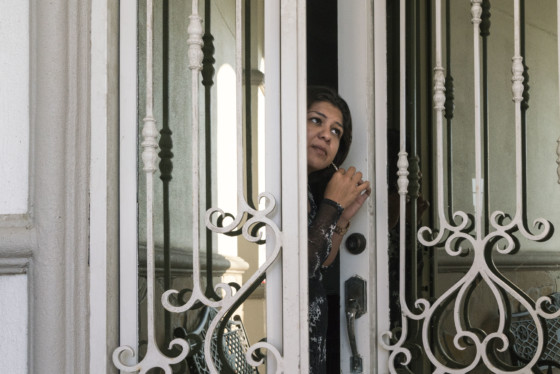 Peter van Agtmael A woman living in the shadow of the wall outside Brownsville. She commutes daily to work in Mexico and of the current political climate says that the racism has been longstanding in Texas and is no (...)
thing new to her. San Benito, Texas, USA. 2016. © Peter van Agtmael | Magnum Photos 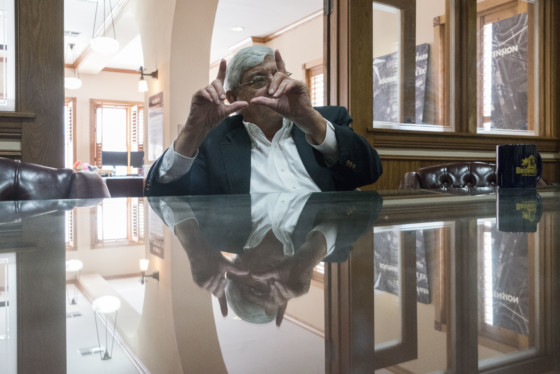 Peter van Agtmael Tony Martinez, mayor of Brownsville, speaks at length of the absurdity of a border fence in stopping the flow of migrants and how upsetting it is to have such a personal issue so politicized given (...)
that many of the residents of Brownsville continue to have a deep cultural connection to Mexico. Brownsville. Texas, USA. 2016. © Peter van Agtmael | Magnum Photos 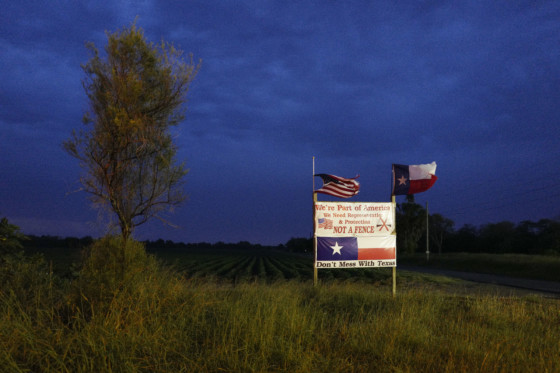 Peter van Agtmael A sign near the land of Pamela Taylor, an 88-year-old English-American woman who married a Mexican-American in World War II and moved to the U.S. shortly afterwards. She is opposed to illegal immi (...)
gration but also rejects the border fence as a deterrent and as an aesthetic blight. Brownsville. Texas, USA. 2016. © Peter van Agtmael | Magnum Photos 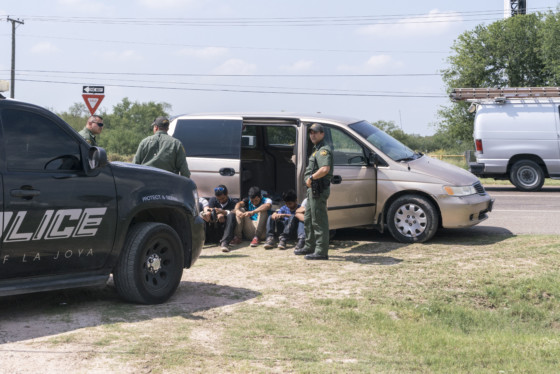 Peter van Agtmael Border patrol pull over a minivan with Minnesota tags with at least five migrants (including two minors) on West Military Hwy in Pharr. The driver fled as soon as the van was pulled over. Pharr. T (...)
exas, USA. 2016. © Peter van Agtmael | Magnum Photos

"The communities on both sides of the wall are deeply intertwined" Despite the official economic rankings, Brownsville and Laredo seem to be just like any other US town. “Brownsville did not appear especially poor. Cosmetically, it looked like any number of cities and communities I’ve visited in my travels though the States,” Agtmael says. “Poverty in America is relatively less conspicuous than in many parts of the world. It often manifests itself through small, decayed tract housing, a largely boarded up commercial center of the old town, and outskirts filled with cheap chain stores. Given Brownsville’s role as a border town it still had a relatively vibrant downtown by the border crossing.” 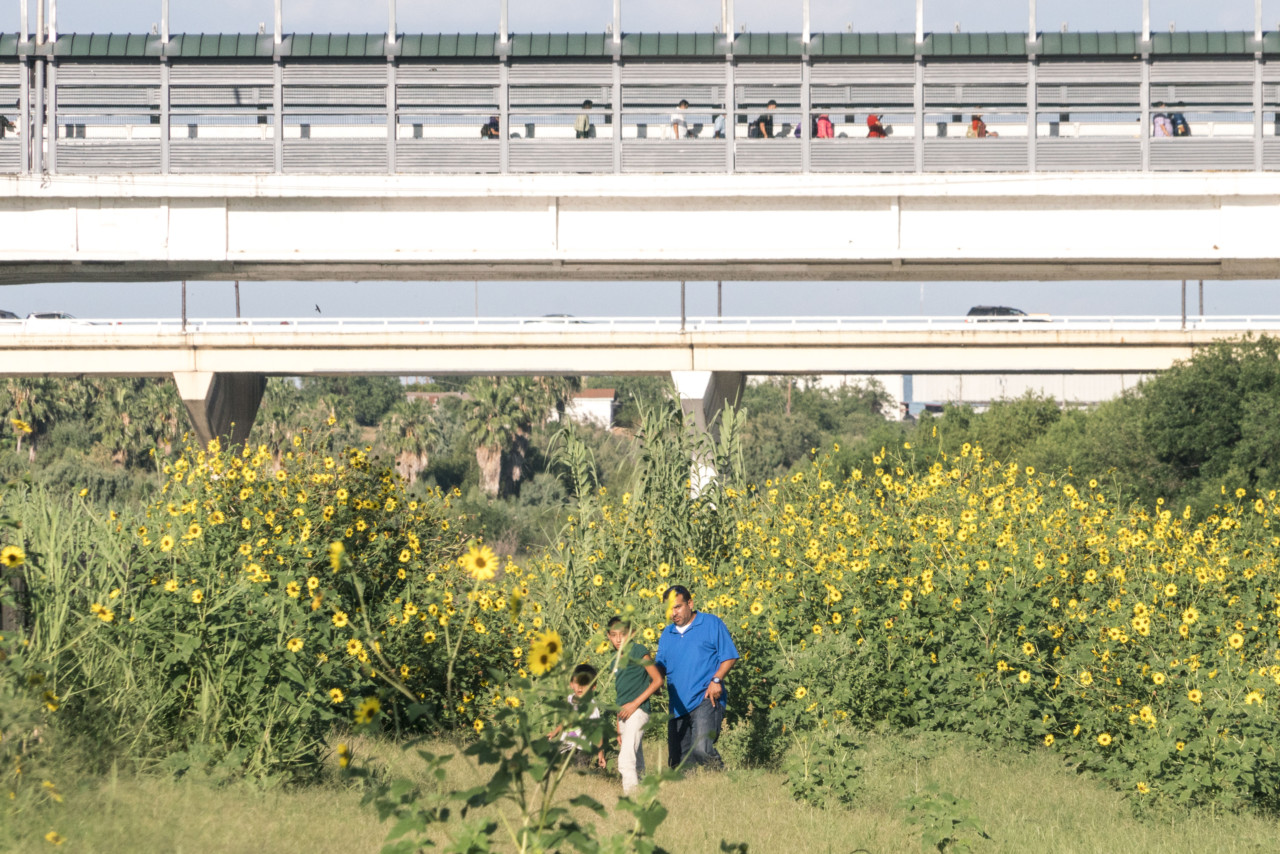 Agtmael has much experience shooting impoverished communities. Since 2006 he has primarily covered the 9/11 wars and their consequences, working extensively in Iraq, Afghanistan and the USA. He is careful about the way he approaches the topic. “As time goes by I become increasingly aware of being an outsider and how my perceptions are in many ways shaped by the limitations of photography and the difficulty to achieve meaningful intimacy in a short space of time, “ Agtmael says. “I try and reject making a spectacle out of poverty. There’s a lot of casual sentimentality in photography that seems patronizing and is endlessly repetitive. I try to be mindful and reflect what I’m seeing as organically as possible but no doubt I have plenty of blind spots as well.” 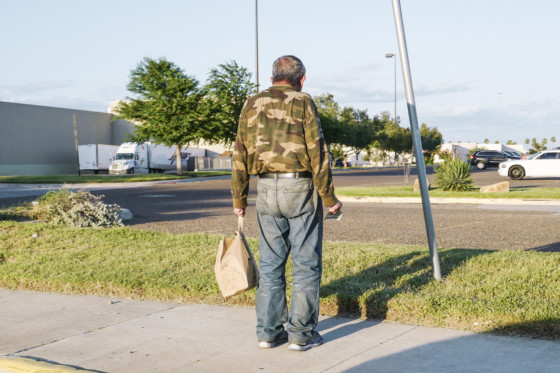 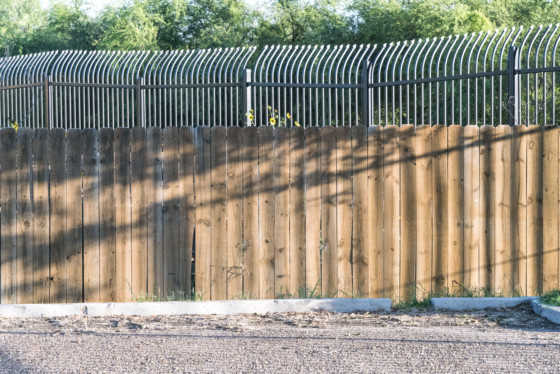 In the nearby town of Zapata, a small cemetery lies with the unidentified bodies of those who died crossing. Shifting migrant patterns and an improving Mexican economy have meant the number of deadly crossings have dropped in Zapata at least, in recent years. Roberto, a local gravedigger says, “This year we haven’t had any. In 2015, I think we had one. It’s been less and less. Maybe they changed locations? The border down in Mexico is too dangerous. From what I know, [the cartels] are charging them more than they used to before.”

For residents whom it would affect, the Republican candidate’s wall seems more of a symbolic, politicized gesture. To them, the proposed construction is the embodiment of the US’s anti-immigrant ideology–Trump is attacking their demographic. “The [current] border wall feels very arbitrary. It stops and starts. It’s easy to bypass,” explains Agtmael. “There are vast sections where it doesn’t exist. The communities on both sides of the wall are deeply intertwined.” Building a wall between them would cut this on-going dialogue that has shaped the identity of border towns. It remains to be seen how either side would fare if the holes were closed up for good. 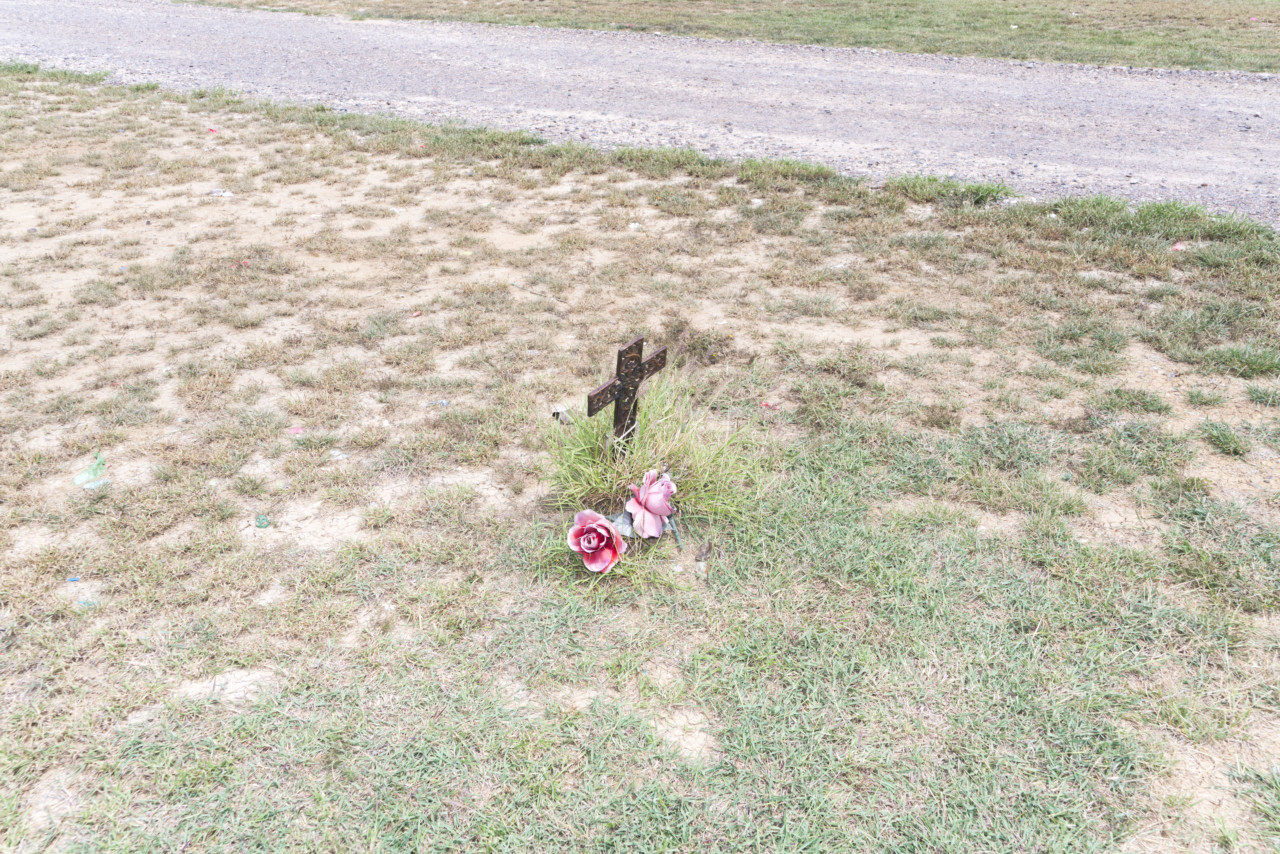