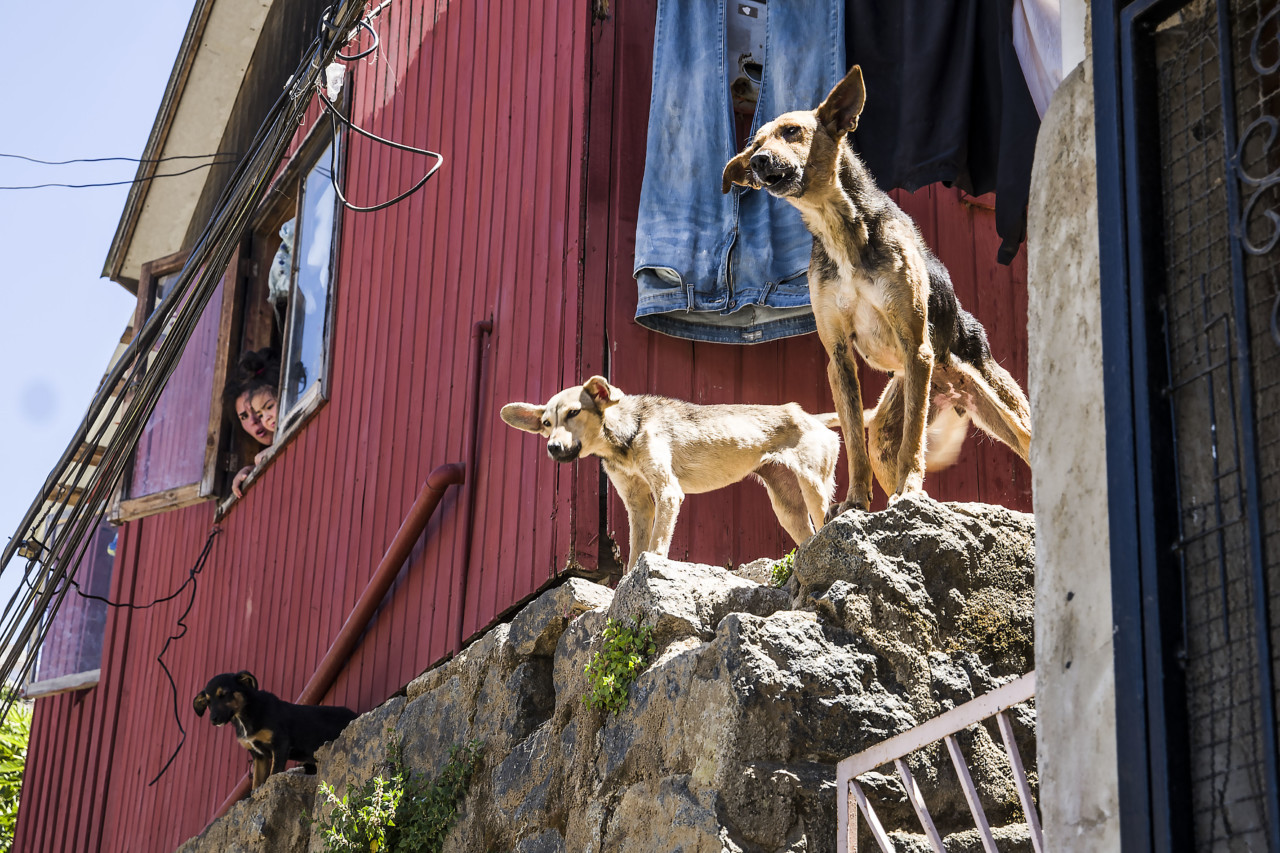 On the occasion of Magnum’s 70th anniversary, the agency has created Retold, a project that celebrates the powerful legacy of documentary storytelling throughout its history and up to the present day. Retold is a series that reflects both the importance and beauty of stories shot by Magnum’s earliest photographers and their ongoing resonance not only for Magnum photographers but for all of us in today’s fast-changing world.

Asked to consider an archival story that had influenced, or inspired their practice, the contemporary cadre of Magnum photographers each chose a story that meant something to them personally or on a topical subject that they wished to re-visit. Each photographer embarked on their reshoot using the original story as a starting point for their inspiration to create a new story, bringing to it their own vision and style. Thomas Hoepker chose to revisit Sergio Larrain’s Valparaiso. 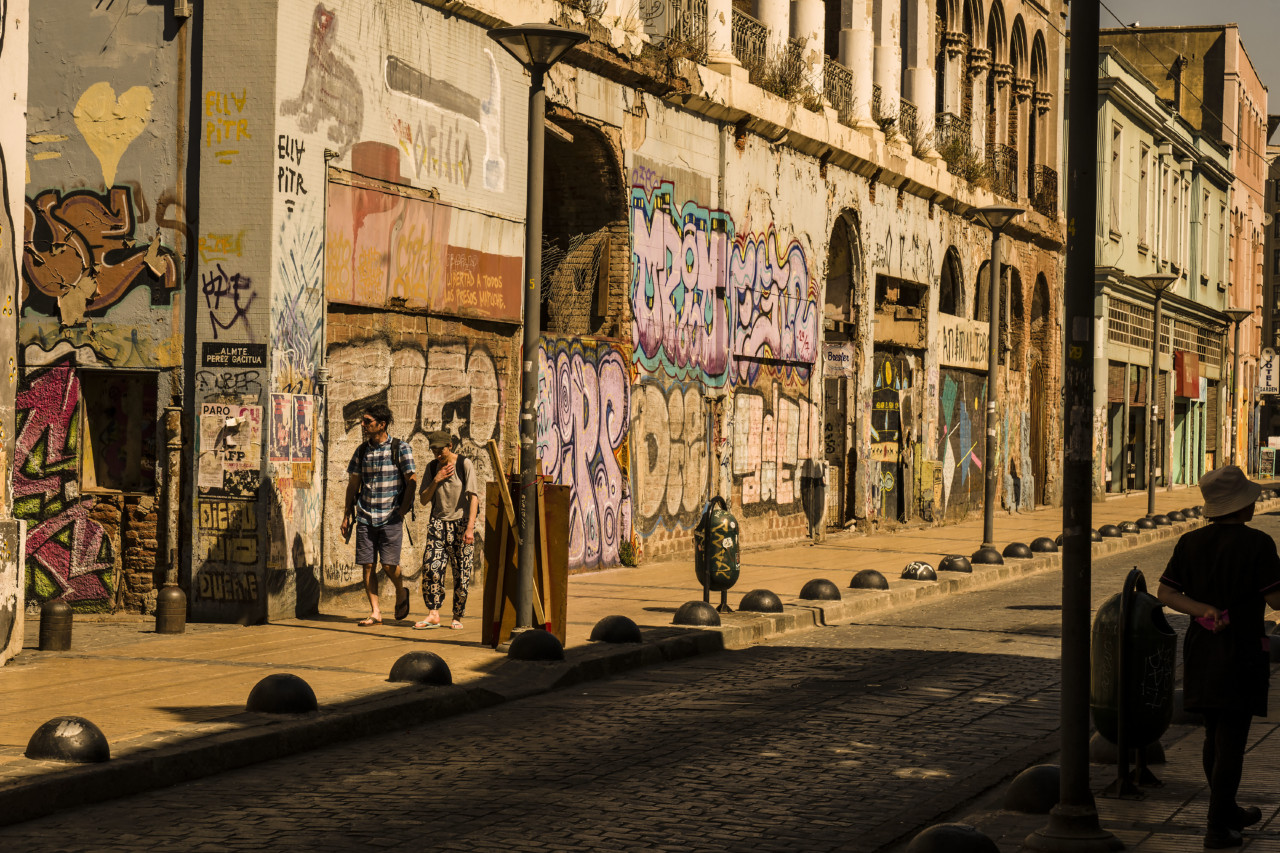 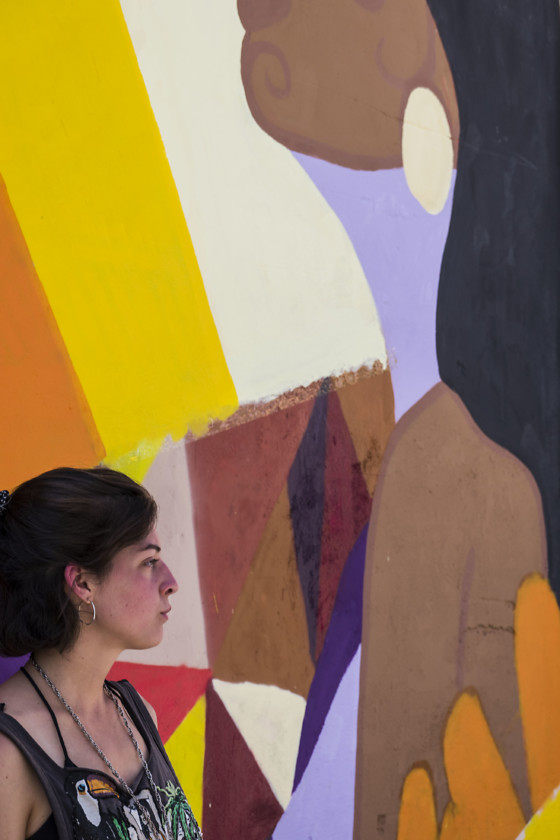 Although he only practiced as a photographer for 10 years before rechanneling his life to become a Buddhist monk, Sergio Larrain photographed his homeland of Chile with an eye that many of the biggest names in photography are in awe of. “Larrain was a very poetic photographer, and could turn almost nothing into an amazing photo. This is a very rare quality,” said Martin Parr last year, himself an avid collector of Larrain’s scarce prints.

Larrain began photographing the famous Chilean port of Valparaiso in the 1950s but it was not until 1963 that he spent more time there, this time in the company of the poet Pablo Neruda. The pair explored the bohemian lifestyle of the port-side neighborhoods, which then counted some one hundred brothels and cabarets. The ensuing text and photographs were published in the journal Du in 1966. 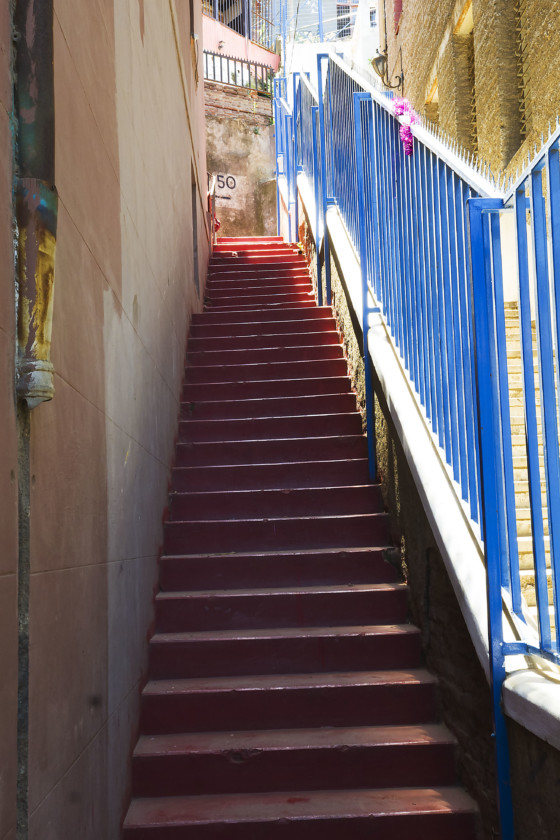 Presented in a book of the same name in 1991, Larrain’s Valparaiso body of work was laid out alongside snippet of text, thoughts, utterances, and mantras like “The act of poetry (the act of photography)”, offering an intimate insight into the artist’s inner life.

As part of Magnum’s exploration of its own rich history in its 70th anniversary year, current Magnum photographers have revisited seminal stories. Thomas Hoepker was passionate about exploring Larrain’s Valparaiso, and this year he visited it himself, tracing the spirit of Sergio Larrain through those same streets, searching for nightlife, street dogs and more signs of the location’s character that Larrain so deftly captured. 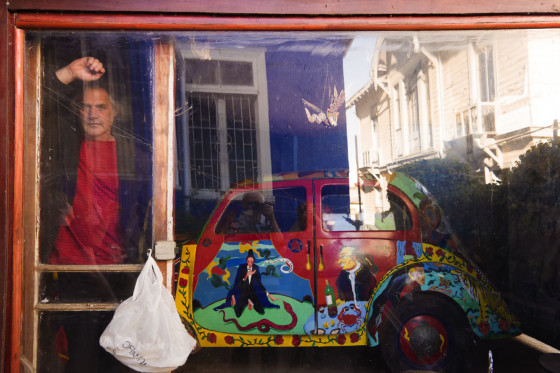 Thomas Hoepker Chilean artist Gonzalo Ilabaca at his house at playa Ancha. Years ago he painted this antique car and claimed he once offered it to Madonna for $1 million. Valparaiso, Chile. 2017. © Thomas Hoepker | Magnum Photos
License | 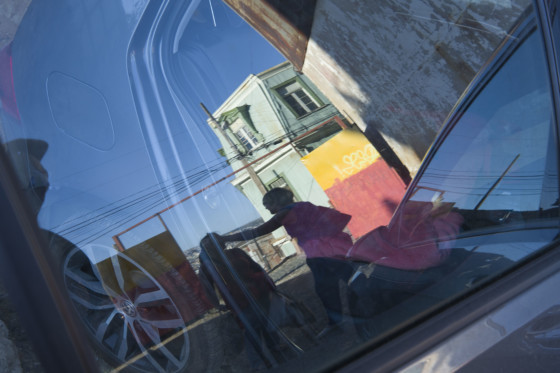 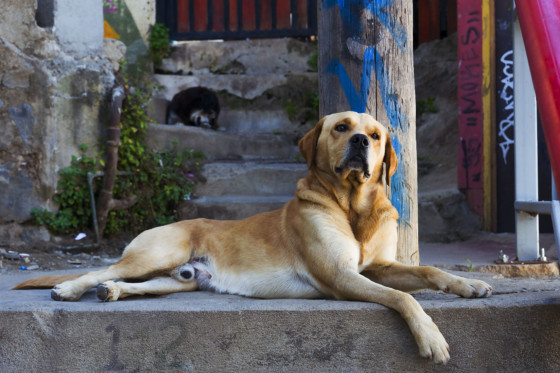 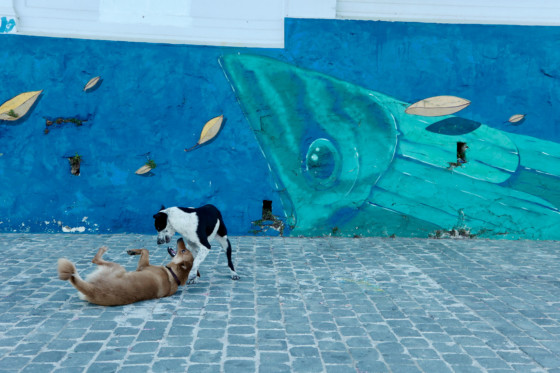 “I tried my best to find locations in Valparaiso and motifs which appear in Sergio’s book – dogs and cats, painted walls, funicular cable railway, harbor with ships, fish-mongers in the harbor, seagulls, nightlife and so on,” said Hoepker/

Hoepker found that fabled bohemian spirit of the town was still very much present, photographing now in color, his preference, rather than Larrain’s original black and white. “Valparaiso, I guess, is still a paradise for graffiti artists, compared to other towns around the world,” he said. However, now, according to Hoepker, they are even hired by homeowners and neighborhood councils “to improve otherwise dull-looking facades”. 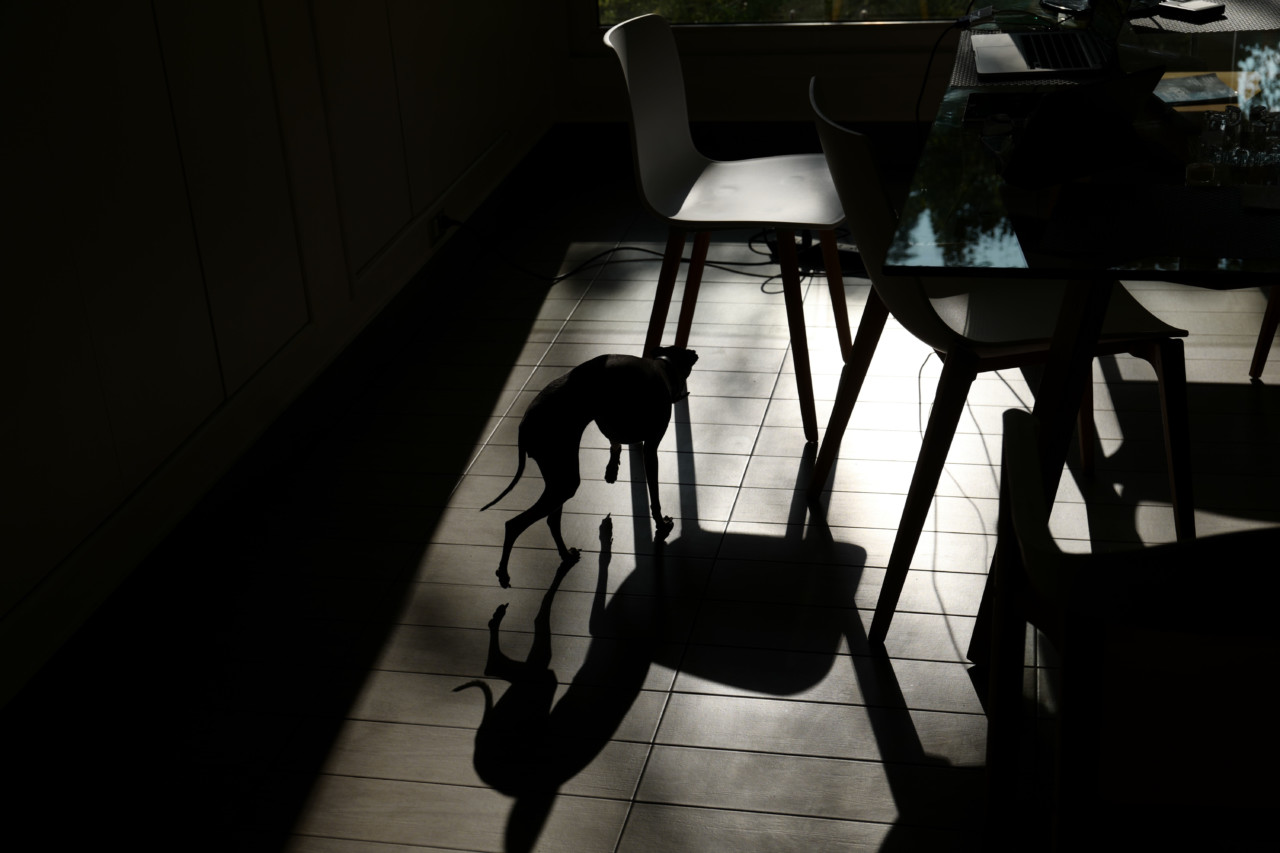 The well-known painter Gonzalo Illabaca was a character that opened up the town to Hoepker. “Gonzalo is very much attached to this crazy port city, it’s cultural and political life,” said Hoepker, describing his tour guide. “He always says that his well-used pencil and paint-tool suitcase is his key to the special places and characters in town.”

The painter drove the photographer through the famous “camino de cintura” (belt-road) over the hills of Valparaiso, showing locations that Larrain may have captured in his images – “some clearly the same and others where Sergio may have photographed.” 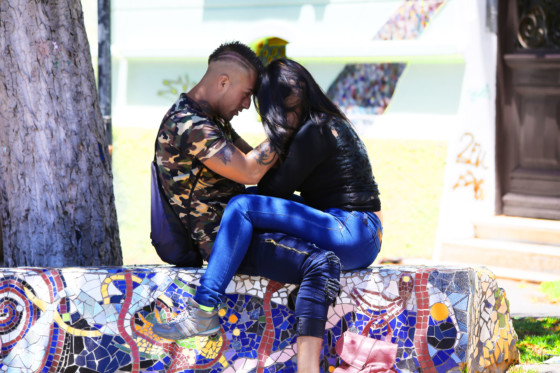 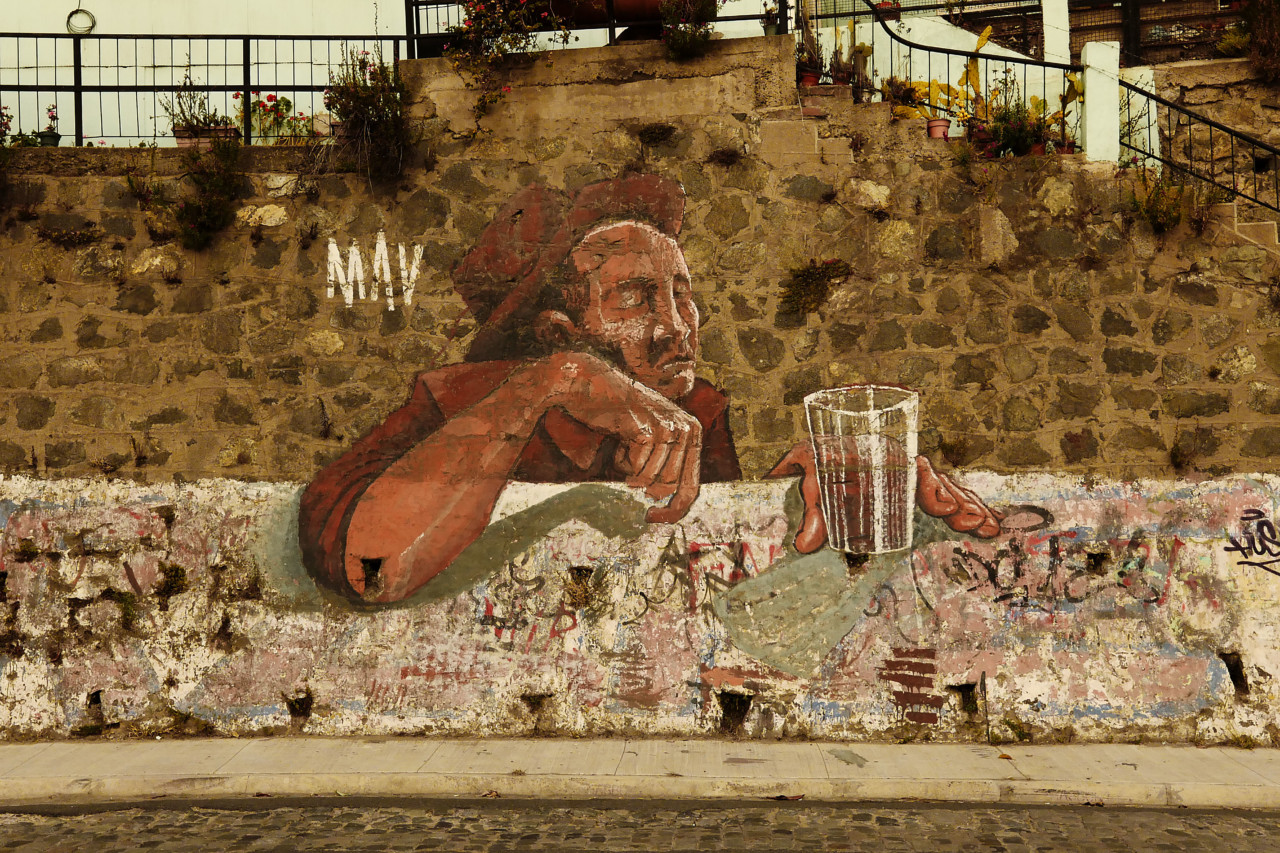 In search of motifs typical to a vibrant street culture in Larrain’s portrait of the port town, Hoepker too sought out similar characters. “We went to the old run-down sailors’ bar Flamingo Rosa, where we met the owners Lorna and her sister, who are former prostitutes, with a crowd of street dogs – their fierce guardians in this dark and dangerous neighborhood of the port.”

The changing nature of the import business has altered the feel of the port town, and for residents like Lorna and her sister, their business and way of life. “They barely survive with their declining business,” said Hoepker. “The port is more and more a walled-off high security zone, and the ships’ stays in Valparaiso are too often too short for the crew to enjoy some hours in a bar.” 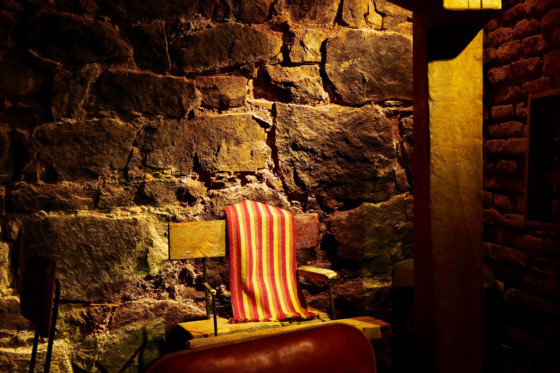 The spirit of Sergio Larrain’s 1960s Valparaiso is present in Hoepker’s contemporary ode. People slinking through narrow streets captured from high angles, birds flocking in from the sea, hot dogs resting in the shade, all conspire to convey something beyond each decades-apart photographic study of Valparaiso, and capture the character of the place that has transcended the years. 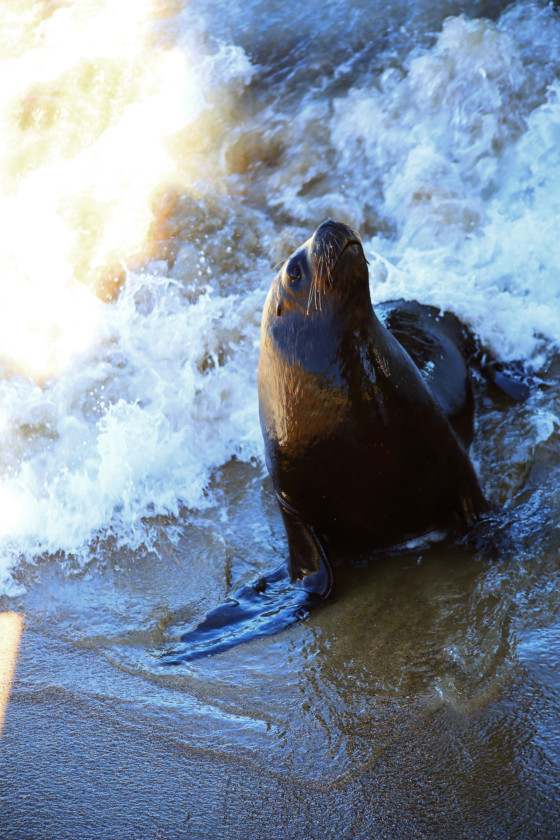 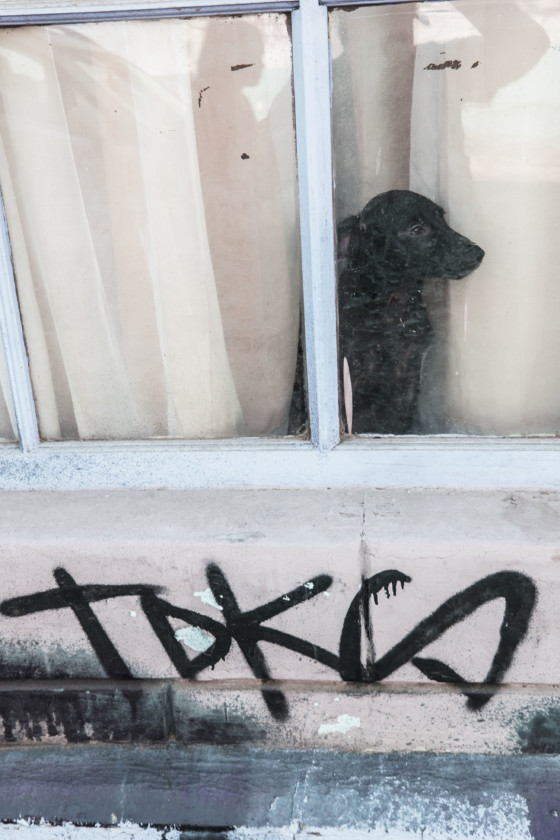 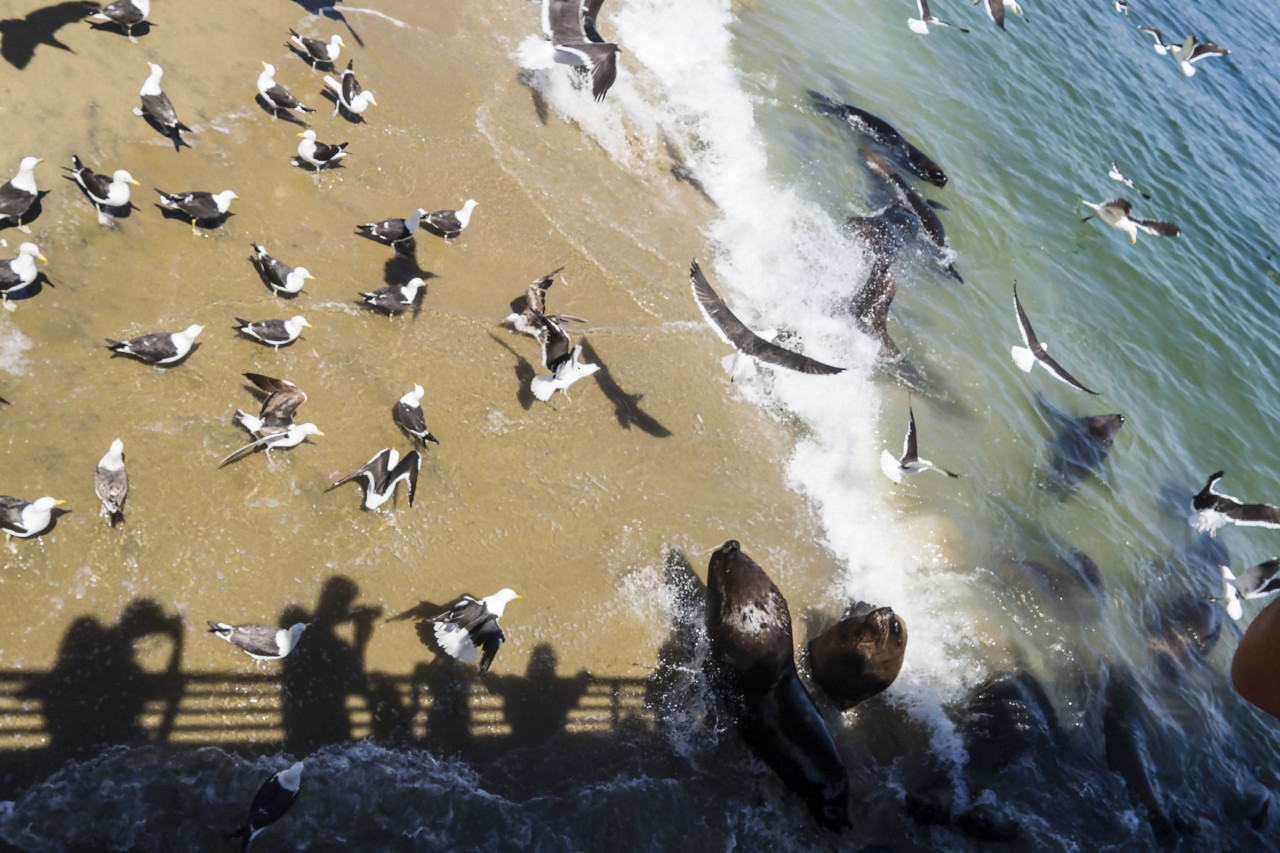