On the occasion of Magnum’s 70th anniversary, the agency created Retold, a project that celebrates the powerful legacy of documentary storytelling throughout its history and up to the present day. Retold is a series that reflects both the importance and beauty of stories shot by Magnum’s earliest photographers and their ongoing resonance not only for Magnum photographers but for all of us in today’s fast-changing world. Stuart Franklin drew inspiration from the desert travels of George Rodger for this story.

“There is a certain odd slowing of time’s processes that goes on in parts of the desert,” says Stuart Franklin, who, inspired by Magnum co-founder George Rodger’s exploration through countries including Algeria and Morocco along with his wife Jinx, set off on his own journey. Franklin set out to explore the stone sculptures and formations that punctate a desert landscape, which remains largely untouched by the passage of the years. 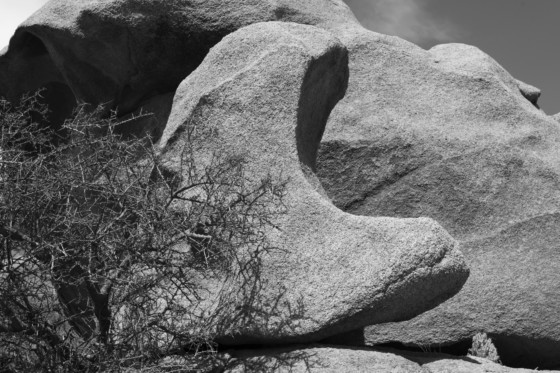 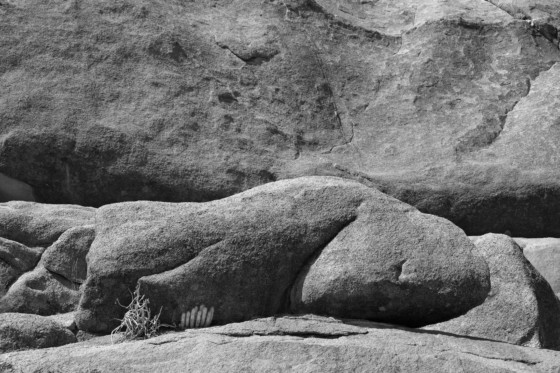 “Of course there would have been towns and cities I could have pointed the camera at that would have been different, that would have shown modernity in full flurry,” he explains, “but there are quite a lot of places that don’t show that.” Instead, Franklin was drawn to the expansive sandy spaces and the strange rocks within them, some sacred carvings and others, naturally shaped by the weather, which could be mistaken for man-made monuments to gods. 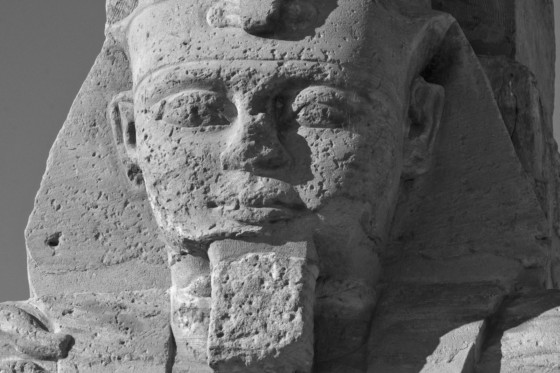 Franklin’s approach was, in part, inspired by Percy Bysse Shelley’s sonnet Ozymandias, named in reference to the Greek name for Pharaoh Ramesses II, who ruled Egypt from 1279 BCE to 1213 BCE. One line particularly resonates with Franklin: “I met a traveler from an antique land / Who said — Two vast and trunkless legs of stone / Stand in the desert.”

"I met a traveler from an antique land
Who said — 'Two vast and trunkless legs of stone
Stand in the desert...'

The landscapes that Franklin explored through his lens were not only unchanged since the 1940s, when Rodger famously explored North Africa in his Land Rover, but very little touched by time in the thousands of years since Ramesses’ era. “I’m really not interested in geology…,” Franklin explains, “I just like the desert. I like the stones and the way they seem like deities perched up in their weathered state. And on the other hand, you can see how the monuments to deities look like bits of weathered stone, so there’s this strange sort of ambiguity.”

“I was fascinated by the unchanging nature of this place from the time that Shelley lived and the beginning of the 19th century. Probably nothing has changed, it’s still the same weathered wreck of some memories of people who ruled the sands 5,000 years go,” says Franklin. “I find it very strange and interesting. Time is so strange in the desert.” "Time is so strange in the desert."

Also largely unchanged, in this case for many years, were the views Franklin captured of the Winston Churchill suite at the Old Cascades Hotel in Aswan, which looks out over the Nile, from where you can see traditional boats in the distance, and even the Mausoleum of Aga Khan. 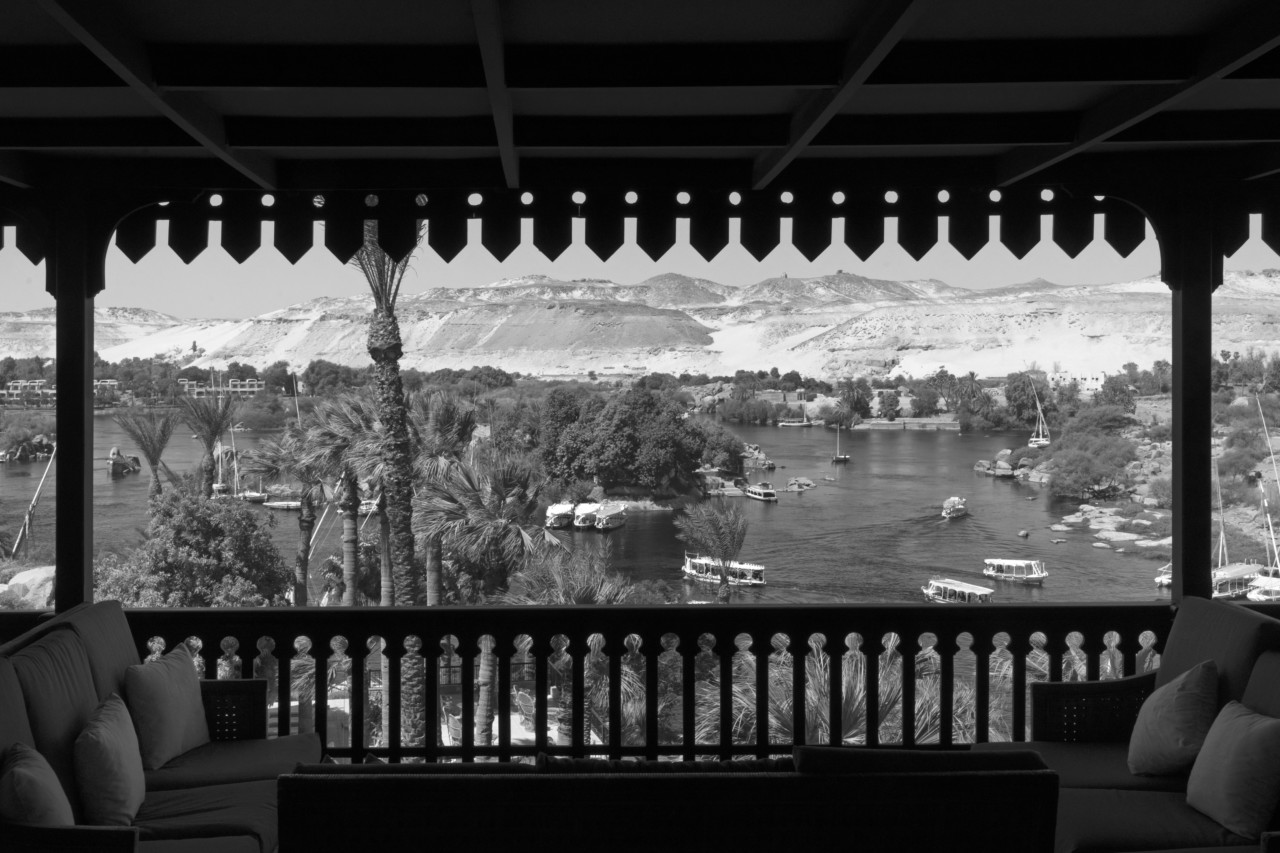 A curious memento from British rule frames the shot — a traditionally British picket fence that mounts the balcony. “What I love is the subtle railway coving looks like some suburban Surrey railway station on the terrace — this little piece of England that few people will probably notice. To me it is this perfect imposition of England on the silhouette of the landscape looking over the Nile,” says Franklin. 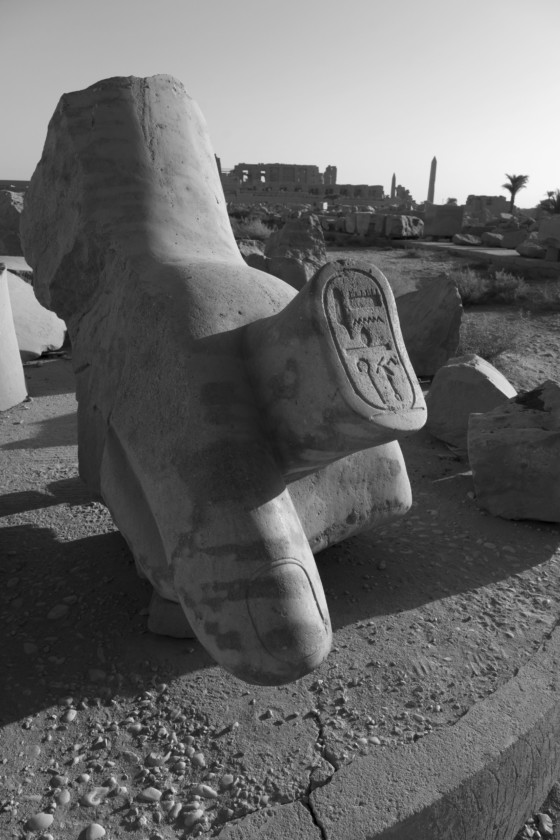 While making this historically resonating work, Stuart Franklin began to identify another connection with past, this time with the early introduction of photograph into society. In 1839, upon the invention of the Daguerreotype, François Arago, a French multi-disciplined scholar and Renaissance man, correctly predicted that photography would play a significant role in science, allowing explorers to bring home copies (photographs) of what they had seen. He said photography could be used to copy the hieroglyphics that cover “the great monuments of Thebes, Memphis and Karnak”.

Franklin’s photographic study of stone relics from the ancient past, he explains, “goes back to the beginnings of photography in that sense.”

This project was supported by Leica.

Information about the London exhibition can be found here. 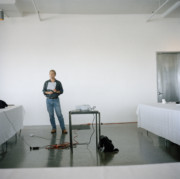