Many American cities occupy outsized places in the popular imagination. From New York and Los Angeles’ gigantic, uncanny cinematic familiarities, to San Francisco’s historical counter-cultural leanings, the more niche associations of musical meccas like Nashville, or architectural anomalies like Savannah, GA; American metropolises project images that precede them. Perhaps no city in the US is more bursting with pop-cultural, historical, social and spiritual associations than New Orleans.

The city – founded by the French, before being taken by the Spanish, then returned to the French just before the Louisiana Purchase of 1803 saw it become part of the United States – has long evoked a vision of the good times, the Mardi Gras, innovation, alongside the shadows of illicit trade and piracy, and the promise of social revolution and renewal. More recently it has offered a vision of a city at odds with it’s perilous geography, embattled by storms and floods.

Magnum photographer, Alex Webb, has for much of his career walked the streets of cities around the world, confident that the “unexpected, the unknown, or the secret heart of the known awaits just around the corner.” From his seminal work in Florida that formed Sunshine State, to his photographs made in Cuba that became Violet Isle or his book Slant Rhymes, both collaborations with the photographer Rebecca Norris Webb, his openness to what urban environments have to offer have repeatedly seen him visualize cities uniquely.

As part of his ever-expanding documentation of America’s cities, Webb spent a week in October photographing New Orleans as it neared the end of it’s 300th year. Here, Webb discusses the challenges of photographing famed locations, the complexities of contemporary America, and the dangers of preconceptions. 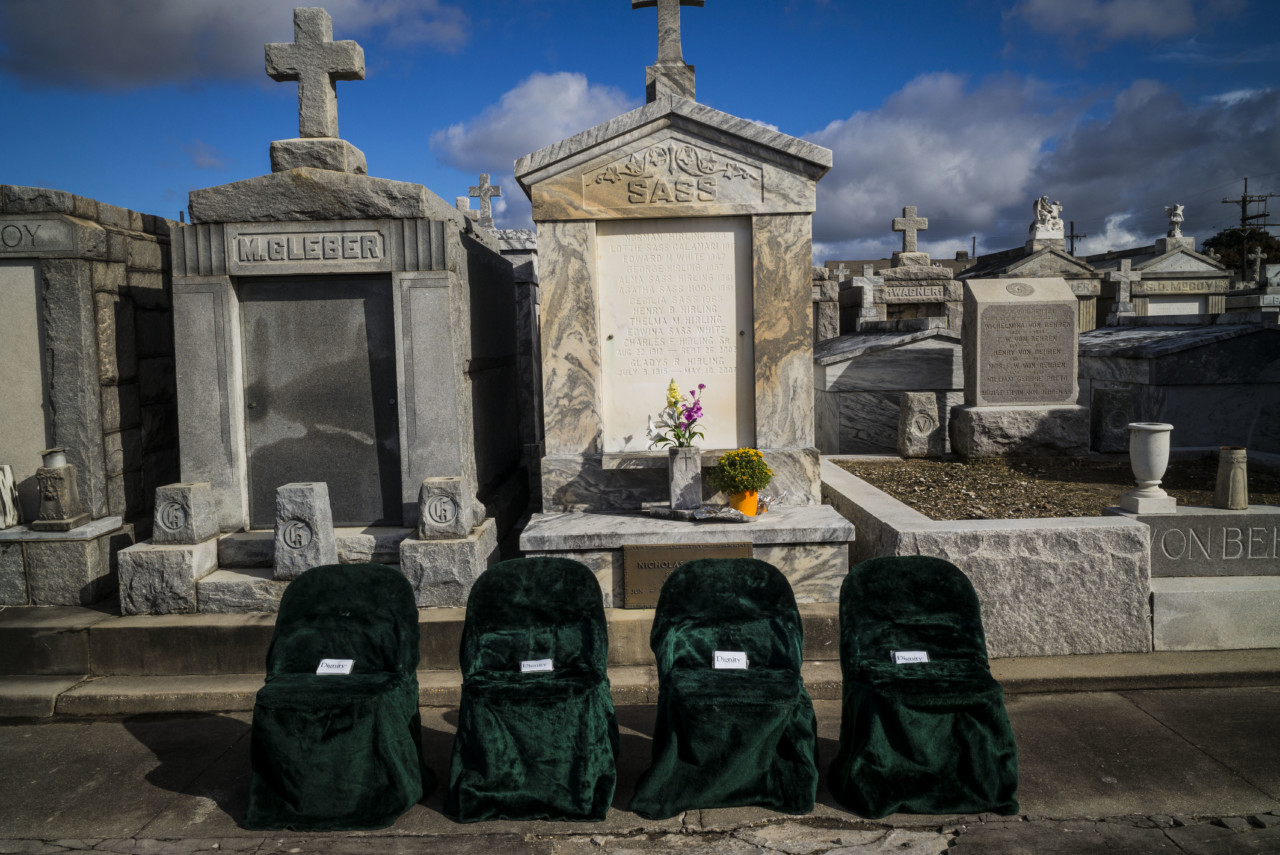 What do you think draws people to New Orleans, and what drew you to the city? What are the factors that make a city an interesting subject for you in your ongoing documentation of America?

New Orleans is a remarkable city, with a history and geography unlike any other in the United States. At or below sea level, it was founded some 300 years ago as a French city, briefly became a Spanish city, and then a French city again until 1803. And as Gabriel García Márquez once noted, New Orleans is a Caribbean city. So from my own perspective of having spent years photographing in the Caribbean, I’m reminded of Haiti when I see the gingerbread architecture of the French Quarter, and Havana’s stately boulevards in the grandeur of Canal Street.

And unlike many U.S. cities, New Orleans is a walking city, which, as a street photographer, I appreciate. I like the rhythm of a slow walk that takes me seamlessly in and out of situations—a very different rhythm than working from a car, where there is always a greater sense of disconnect.

Why do people go to New Orleans? I suspect for all kinds of reasons: its architecture, its food, its unique culture, its music—as well as the allure of the French Quarter’s perpetual party. 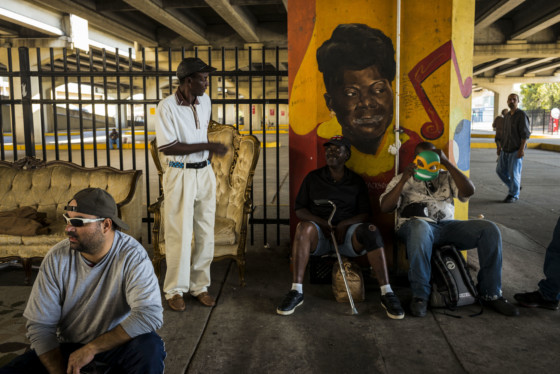 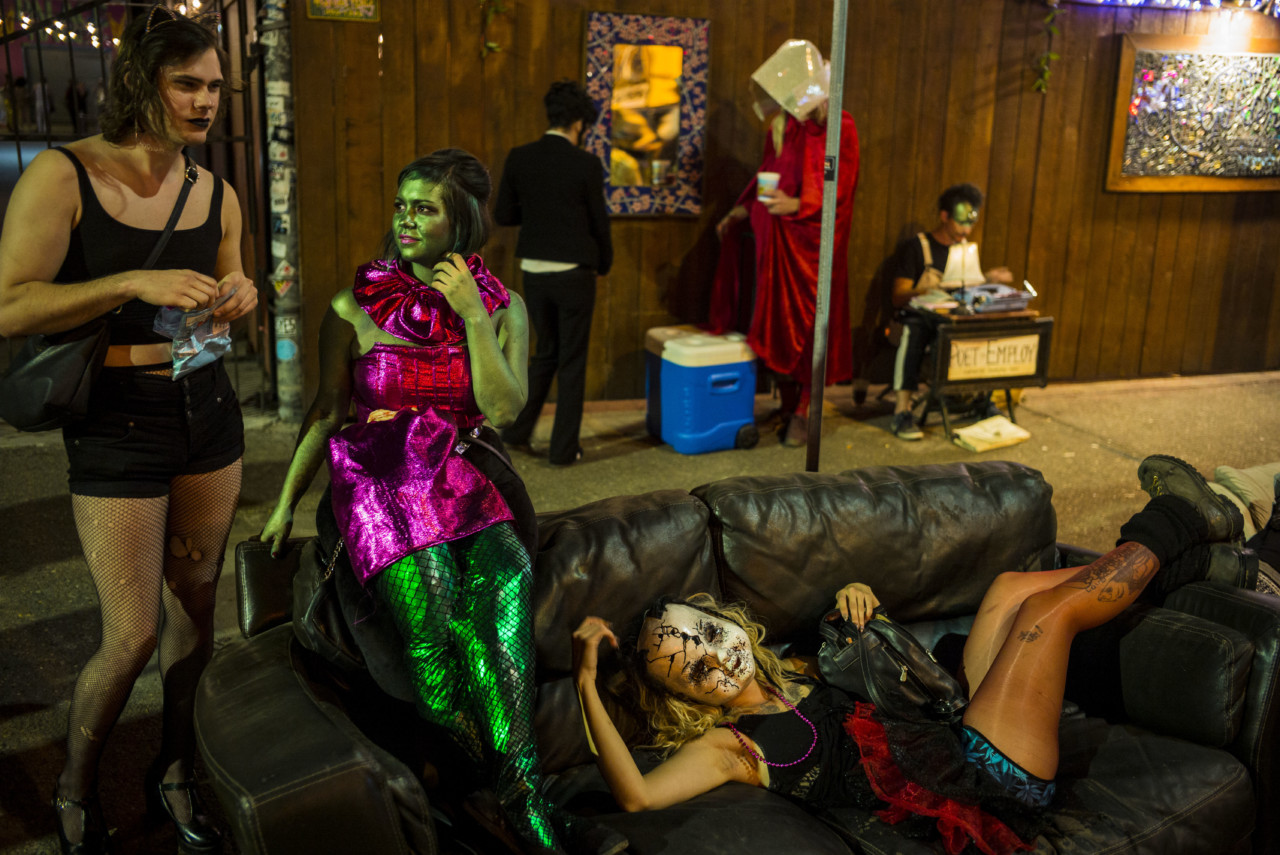 New Orleans has what some might call an outsized role in the American imagination: its place in literature, popular culture, and its key position in defining an image of the American south. You have photographed in many American cities – some similarly emblematic. What challenges are presented by photographing a place so widely documented, and so visually present in people’s minds?

Photographing a storied place such as New Orleans is trickier than one first imagines. The vibrant nightlife of the French Quarter and Faubourg Marigny—especially with all the costumed people partying in the streets during Halloween, when I was there—on the surface seems so enticing photographically, but, in actuality, it’s difficult to go beyond the expected festivities we associate with the city, beyond the one visual note of documenting the party itself. The hope is to run across a more surprising kind of image, one that begins to get at a more complicated and evocative visual understanding of the city and her people.

Are there particular rewards or lures that photographing places of such renown offer? The chance to show another side of a supposedly well documented place perhaps? Is there an inherent excitement in that challenge?

It’s always a challenge to confront the world with the camera and come away with photographs that are somehow evocative. Perhaps it’s easier to take more pretty good photographs in New Orleans than in a less remarkable city. But the truly interesting photographs remain just as elusive, whether in New Orleans, Indianapolis, Havana, or Port-au-Prince. Ultimately, I suspect the world only gives a photographer so many intriguing images in a lifetime. "I meander—guided largely by curiosity—and find whatever I find. However, my path is also guided by my passions and obsessions" You have spoken before about skirting the line between fine art and reportage. Like many places synonymous with good times, tourism and the wealth that is generated by both, the city has another side – that of inequity and deprivation. Was showing both sides of the city actively on your mind, or does reflecting these issues naturally arise from your open-minded approach?

As much as possible I try to explore the many facets and faces of a city. I meander—guided largely by curiosity—and find whatever I find. However, my path is also guided by my passions and obsessions, so certain places and situations will call out to me more than others. For example, I went to the Lower Ninth Ward at least partially because it had been inundated by Hurricane Katrina, and much of it destroyed. But while there, I became interested in how people hung out along the levee—walking, playing music, watching the sun go down. This notion drove me to visit other levees—in Riverbend and especially Algiers. The levees, created for flood protection, often become social gathering spots—which seems unique to this city.

Additionally, I was surprised to find a number of young people—often accompanied by their dogs—hanging out and sleeping on the streets. However, I hesitate to brand them simply as “homeless,” because the term is potentially pejorative, and it does not reflect the complexity of their various situations. For example, I had one encounter that confounded my expectations. As I walked by a group of young people with their dogs sitting along the sidewalk, one of them recognized me. This young Peruvian photographer told me that he’d taken classes at the International Center for Photography in New York, ran out of money, and decided to go on the road. He’s now photographing some of his fellow drifters and travellers. I looked at some of his images on the back of his camera, gave him my email, and encouraged him to keep on photographing, as he has unique access to a modern subculture. After talking with him, I began to wonder how many of the other young drifters I’d encountered had decided for a variety of reasons—sometimes economic but also perhaps political or deeply personal—to opt out of mainstream American society.

Whenever I wander through U.S. cities, so often I discover a reality that is so much more complex than any of my preconceptions. 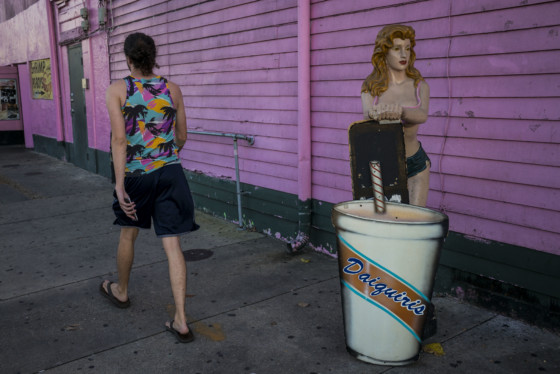 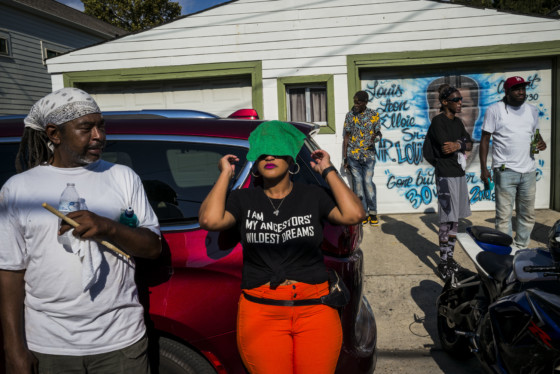 "Whenever I wander through U.S. cities, so often I discover a reality that is so much more complex than any of my preconceptions" Was anything about your usual approach to photographing a city wilfully altered on this occasion, with the peculiarities of New Orleans in mind? Do you think one could have made a ‘true portrait’ of the city without having visited the French Quarter, for example? How much pressure is on you or any photographer – as a documenter of a place – to tick the ‘essentials’ off a list when documenting a city?

I don’t know what a “true” portrait is. I visited the French Quarter, not out of a sense of journalistic duty, but out of a sense of curiosity. But certainly another photographer might decide to do something utterly different. I think photographers tend to find—often unconsciously—what some part of them needs to find.

As many will have come to expect from your work, the photos from NOLA show the breadth and variety of the city. How distinct, on reflection, did you find the city to be? Or do you perhaps, after many years of photographing in America, have a growing sense that underneath visual cues or oddities, the nation’s cities are surprisingly constant and comparable?

In 1803, when the U.S. purchased New Orleans from the French, it was already a multi-cultural, non-Anglo-Saxon city known for its vibrant Creole culture. I can’t think of another U.S. city with a comparable history.

That said, when I attended a Caribbean parade in New Orleans recently, I was surprised to find less than a hundred revellers. It began to dawn on me that my preconception of New Orleans as a culturally-diverse international city was based more on its past than its present. I learned from Nicholas Hamburger, a young writer based in New Orleans, that although the city for some time has been home to both Honduran and Vietnamese communities—as well as a more recent influx of Central Americans and Mexicans helping to rebuild the city in the aftermath of Katrina—New Orleans, unlike, for example Houston, does not have a large and varied new immigrant population. 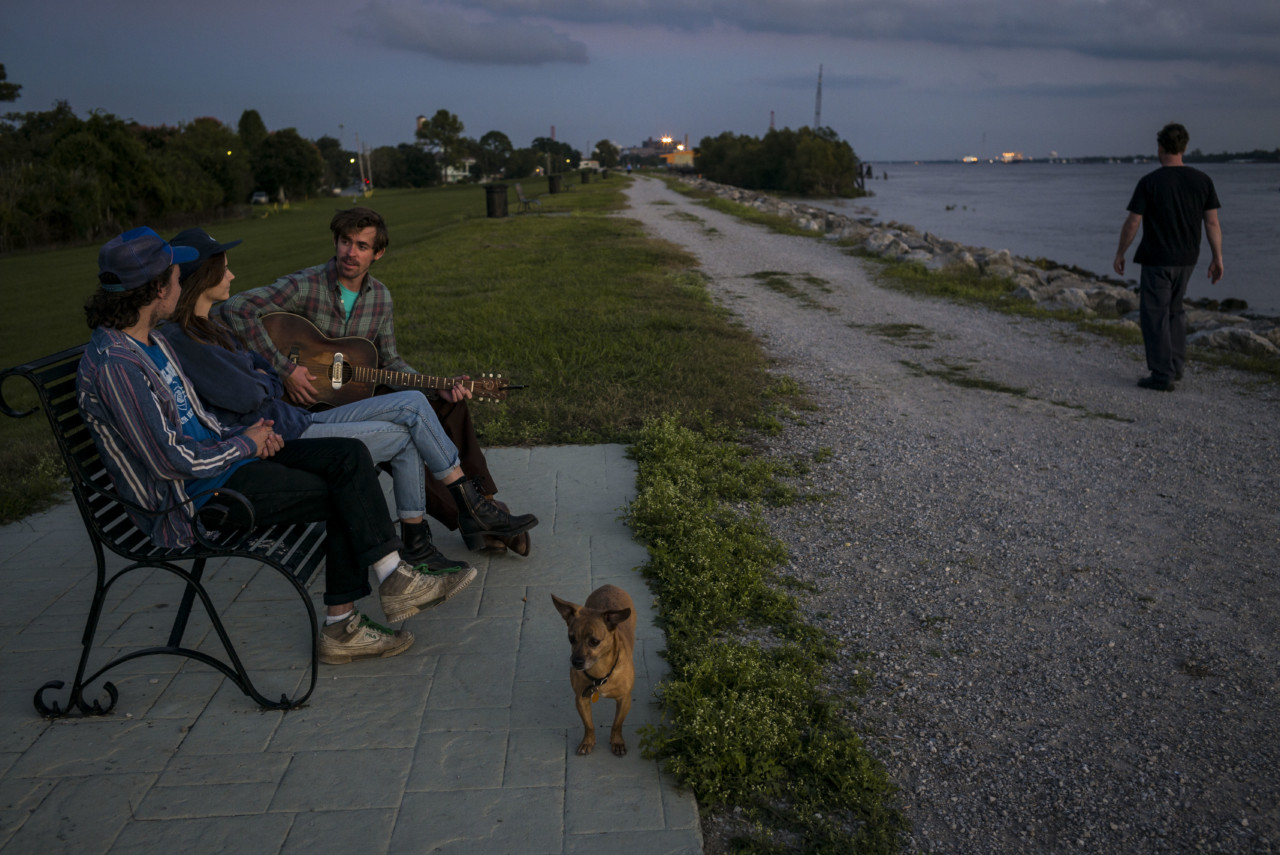 In Pictures: The British Royal Wedding