A selection of Thomas Hoepker’s images of Muhammad Ali is available to browse as fine prints on the Magnum Shop here.

The following text, by Thomas Hoepker, is taken from the introduction to his monograph, Champ.

In 1966 I was a young staff photographer at STERN magazine, based in Hamburg, Germany. When the editor asked my wife, Eva Windmoeller (who was a reporter/writer at STERN) and me if we’d like to work on a story about a successful boxer by the name of Cassius Clay, who had just changed his name to Muhammad Ali, we said OK. Neither of us knew anything about boxing, but we had read reports about this controversial figure and we thought that it would be nice to spend a few days in London – where Ali was going to fight the British heavyweight champion, Brian London. We met Muhammad and his elder brother Rahman in their London hotel room, three days before the fight. We followed Muhammad to the gym, and just stayed close when he was being chauffeured around town or visiting a tailor’s shop and London’s Saville Row, being measured for his first bespoke suit. We soon sensed that the recently converted Muslim, Muhammad Ali, was a bit uneasy in the presence of white women, so Eva kept her distance, taking notes and observing while I took pictures. 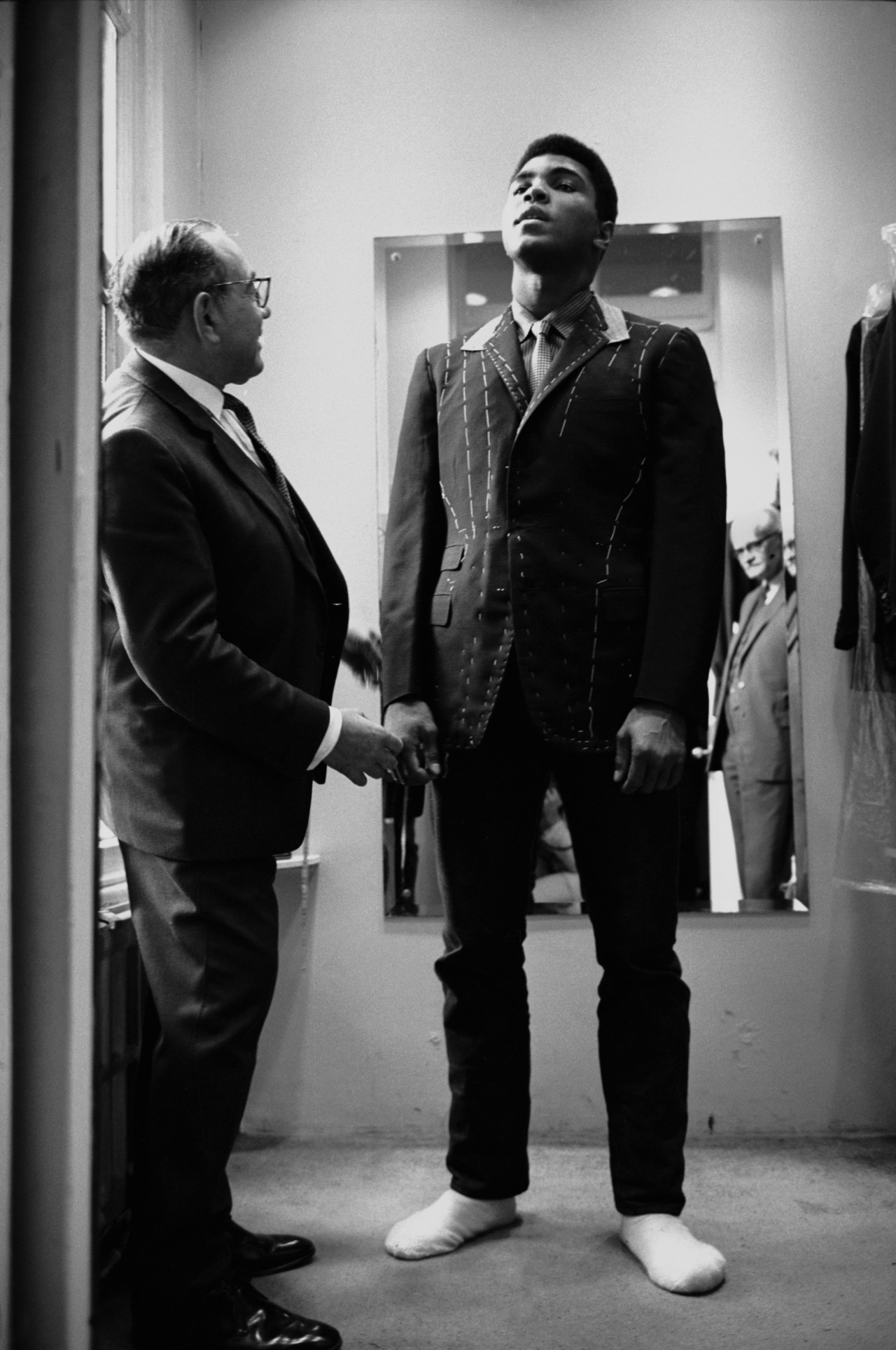 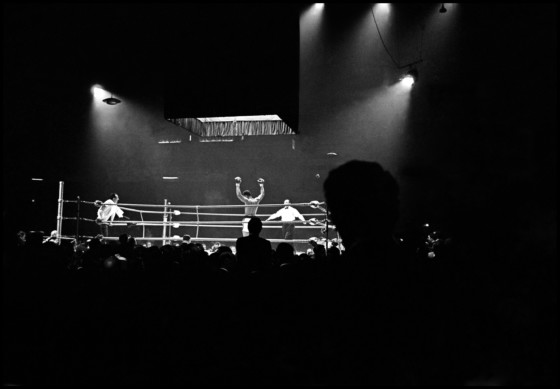 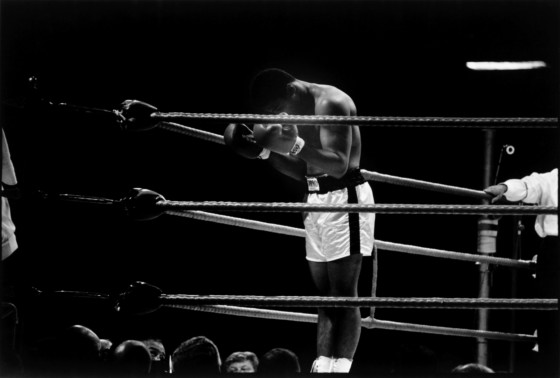 Back in Hamburg, we convinced our editors that Ali was worth a much bigger story and we flew back to Chicago to visit the Champ on his home turf. Our credo at the time was: if you have access to a celebrity, just hang on to him/her for as long as possible, or until you are being thrown out.

So, we tried to stay close and kept a low profile. Eva realised that doing interviews was not agood way to get interesting quotes, but blending into the woodwork and observing the Champ was always fascinating. 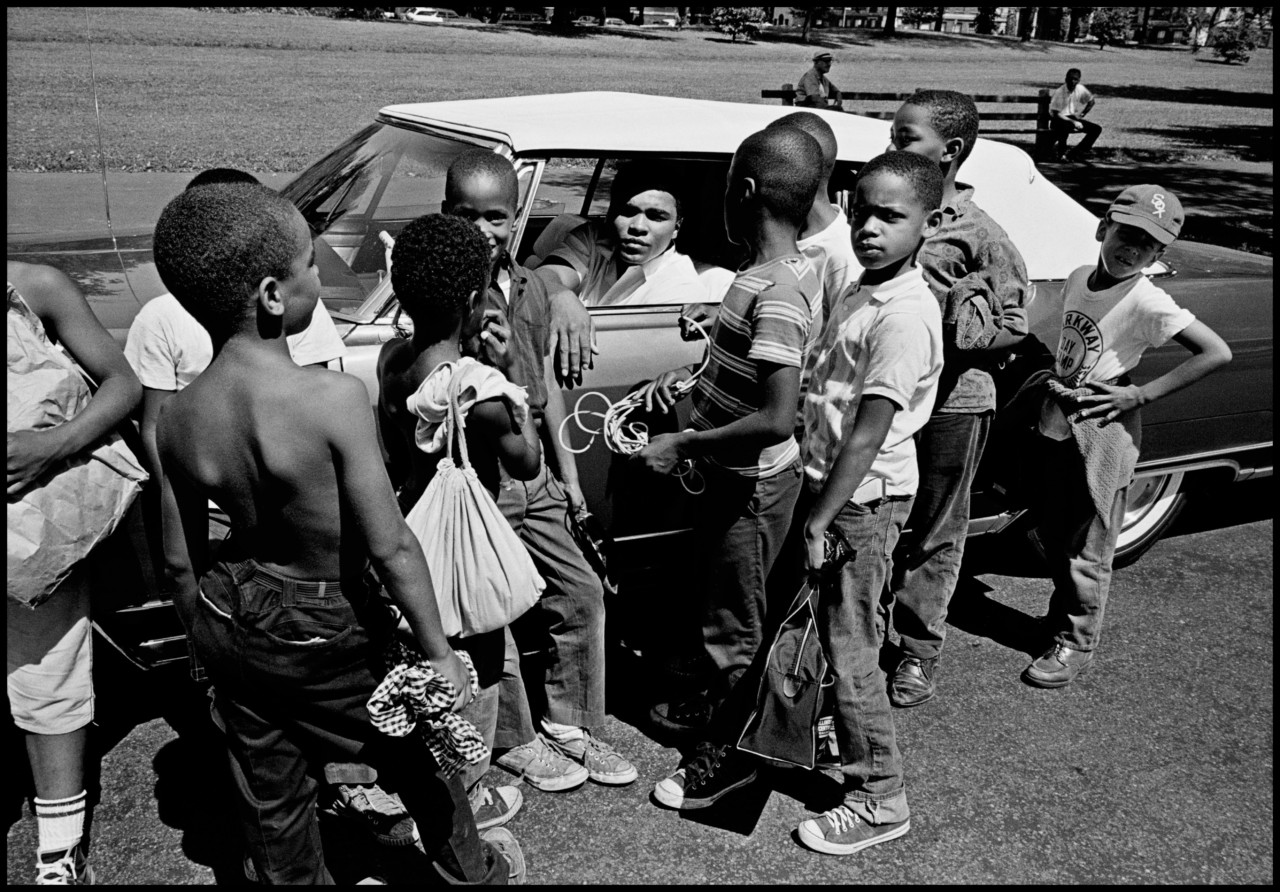 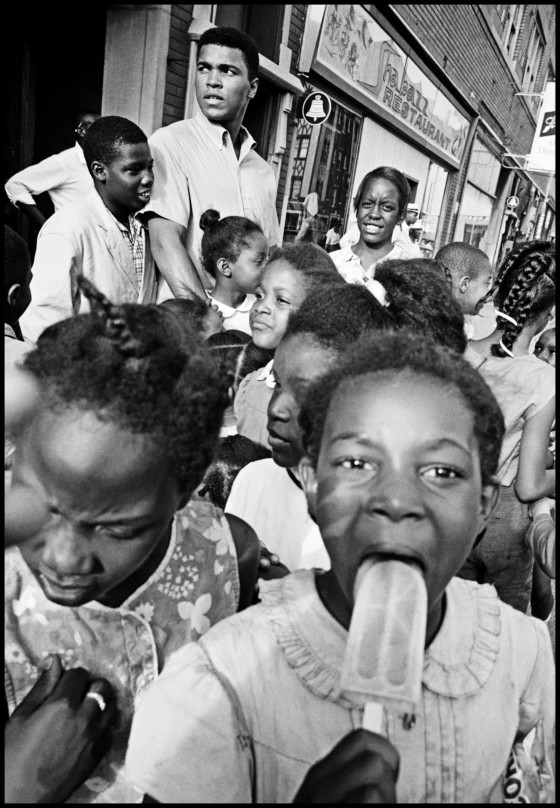 Ali could be widely alert, sharp and observant, he loved to saunter down the streets, to banter with real people. He melted away when he saw children. They adored him, he hugged them, he did some shadow-boxing and then he took sudden naps in the backseat of his chauffeured Lincoln sedan. In between he would recite some of his poems, cadenzas of witty words, self-praise or defaming his next opponent in the ring. In real life he was as unpredictable as he was in the ring. He could be charming and charismatic one day, introvert and distant the next. In the mornings we hung outat his favourite deli and he would show up – or not. We could always connect with him later in the gym, or have a chat with his trainer, Angelo Dundee, or his doctor and cornerman, Ferdie Patcheco. 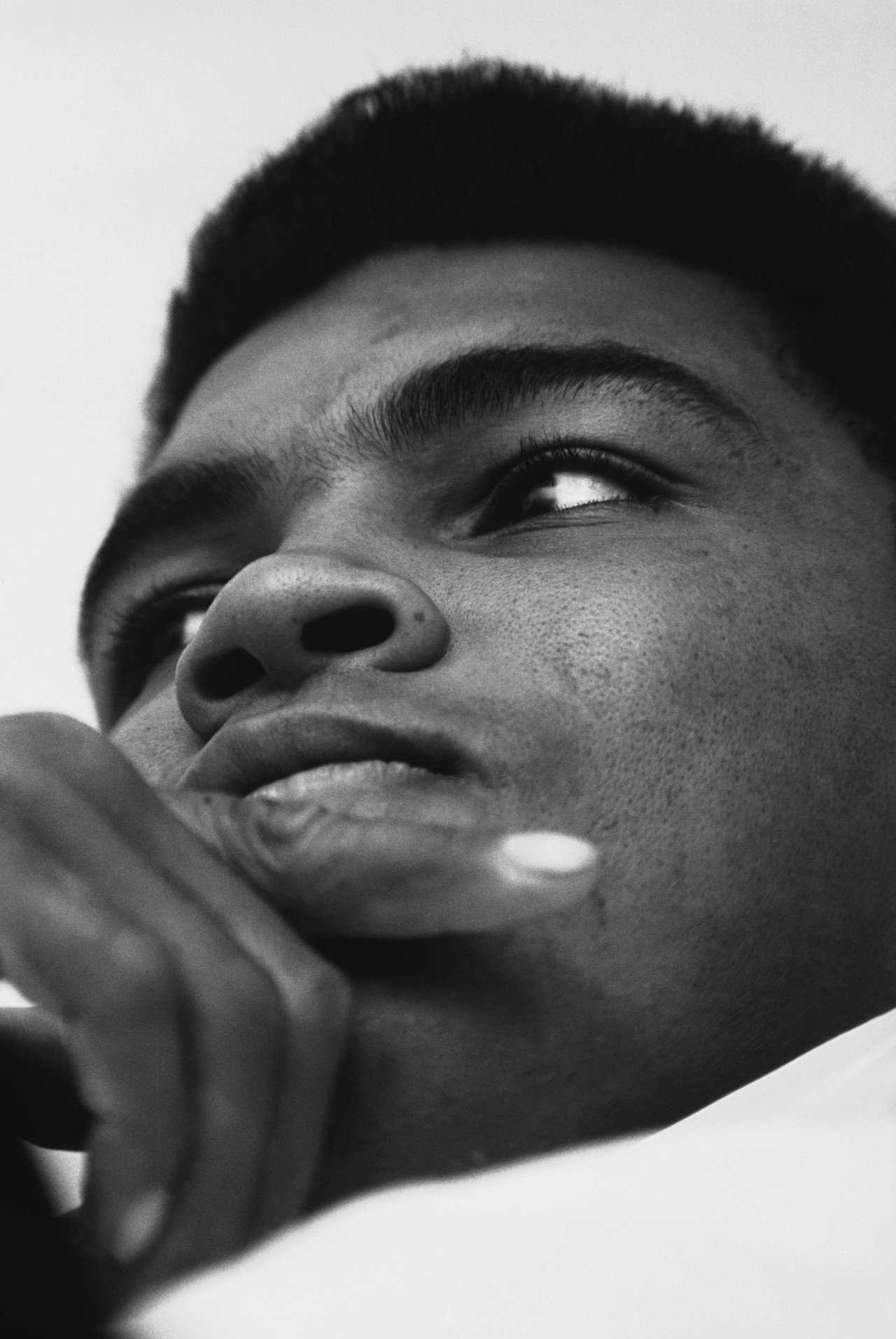 One morning we drove over a bridge across the Chicago river, when I remarked that this was a great view of the skyline. Muhammad stopped the car and got out. “Could you please climb on that railing?’ I asked. Ali jumped onto the banister, took his shirt off and shouted “I’m the greatest! Want me to jump?” A split second later I had my picture of Ali flying – just this one click, one chance – and we drove on… 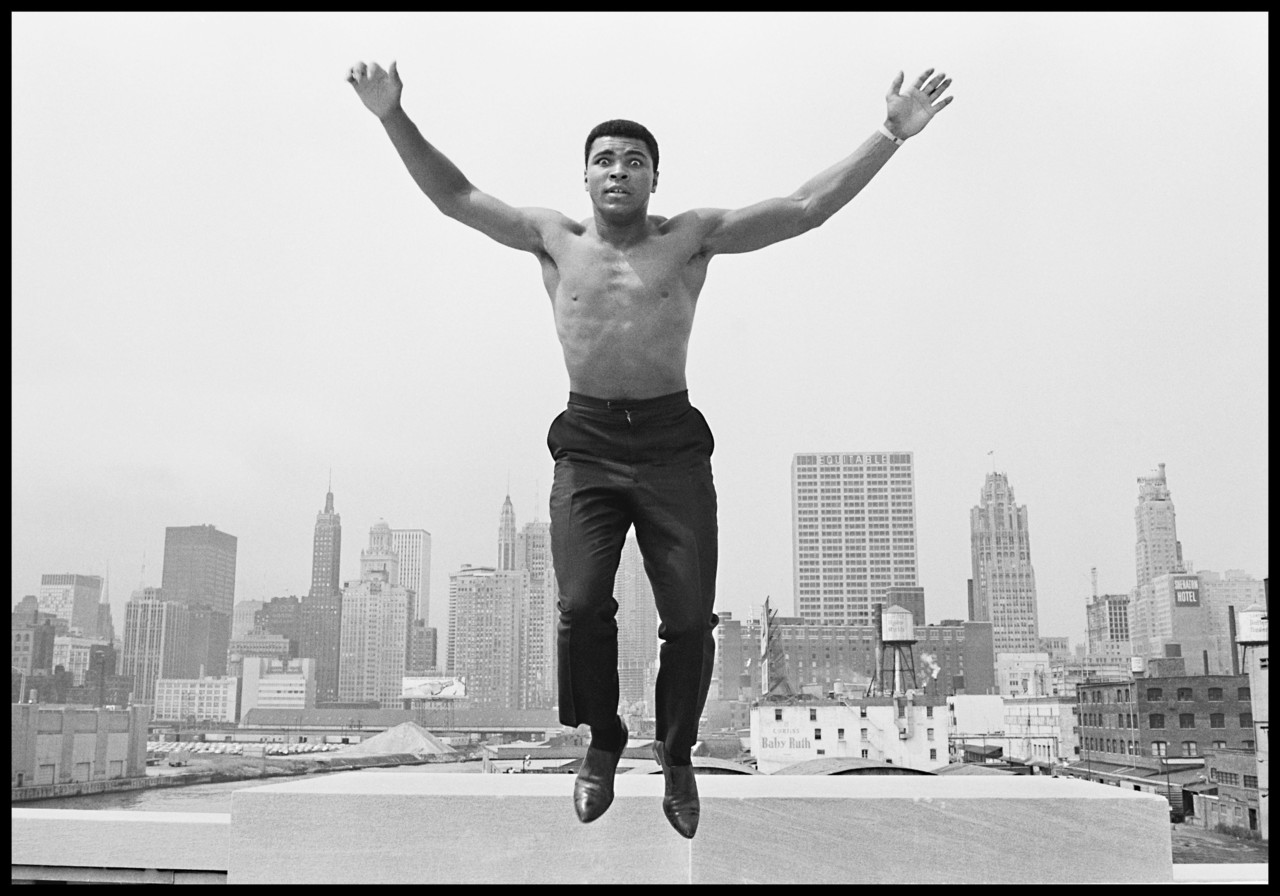 There is also this other nice story:

We were cruising in Chicago’s South side when Ali asked his driver to stop in front of a small bakery. He got out and after a good while came back with a paper bag of doughnuts. “Best in town”, he said. I was surprised because I knew that he was on a strict diet of steak and salad during his training. But an hour or so later, we were back in the neighbourhood. Ali spotted the bakery and went in for a refill of doughnuts. When we stopped there for the third time, I got out of the car with him and followed him into the shop. Then I understood: The Champ was not so much interested in the doughnuts but obviously in the daughter of the baker. The two flirted heavily and had a great time. I took a few quick snaps of the doughnut lovers. Four years later we visited Muhammad in his new, opulent home in Philadelphia. And there she was again, Belinda Boyd, the baker’s pretty daughter and now Muhammad’s second wife and mother of- then – three girls. 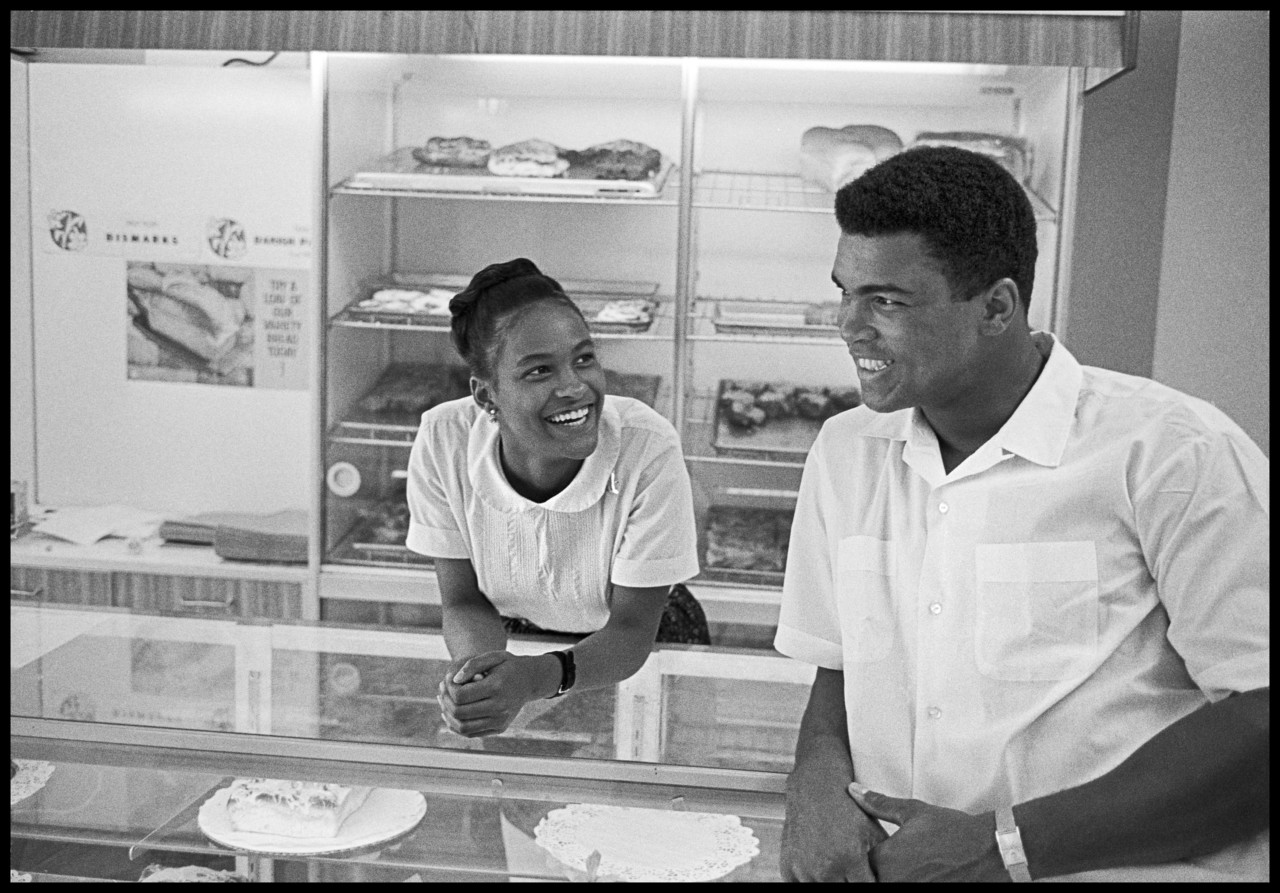 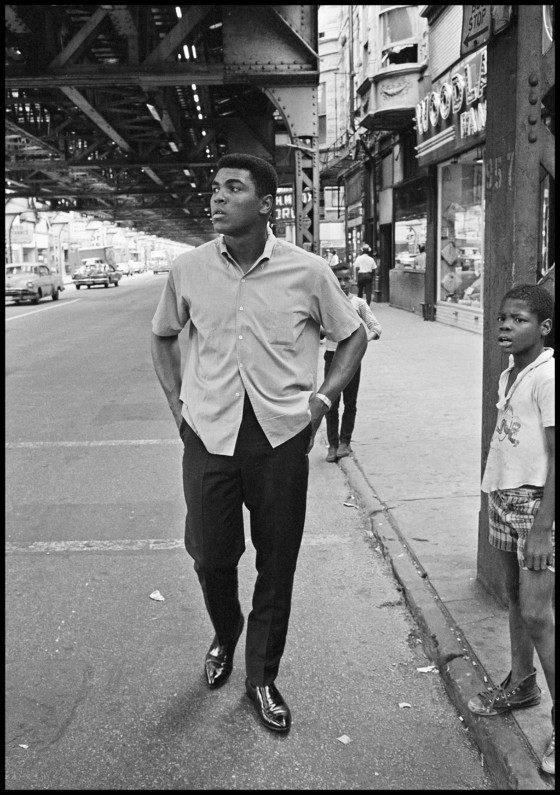 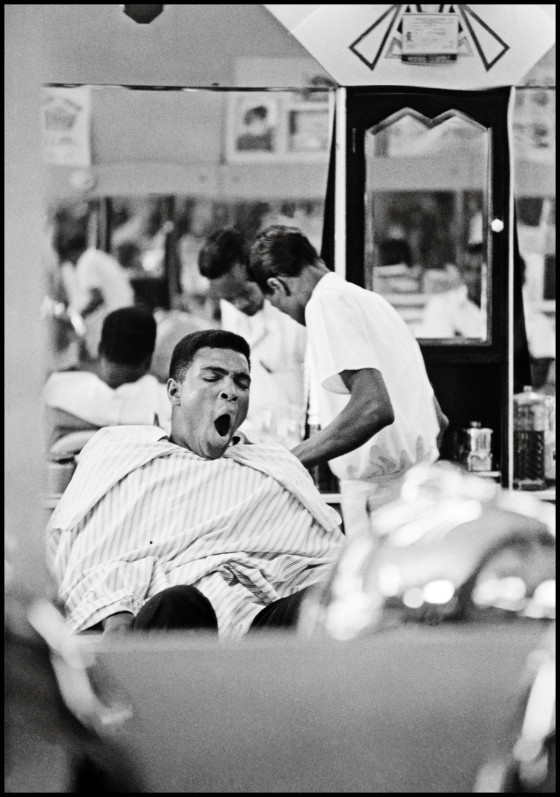 31 years later, 1997, I visited Muhammad for the last time. He had moved to a comfortable farm in Barrien Spring, Michigan, with his fourth wife, Lonnie, and adopted son Assad Amin. At the time, Ali’s Parkinson’s syndrome had become obvious. It was harder to communicate with him, buthe had not lost his sense of humour. He had learned a few magic tricks and produced a silk cloth, which miraculously disappeared in his big fist. Children in the street loved it when he retrieved the cloth from their ears. I brought a photo album of my earlier pictures of him and asked him if he remembered. “No”, he said slowly, “no, I don’t.” 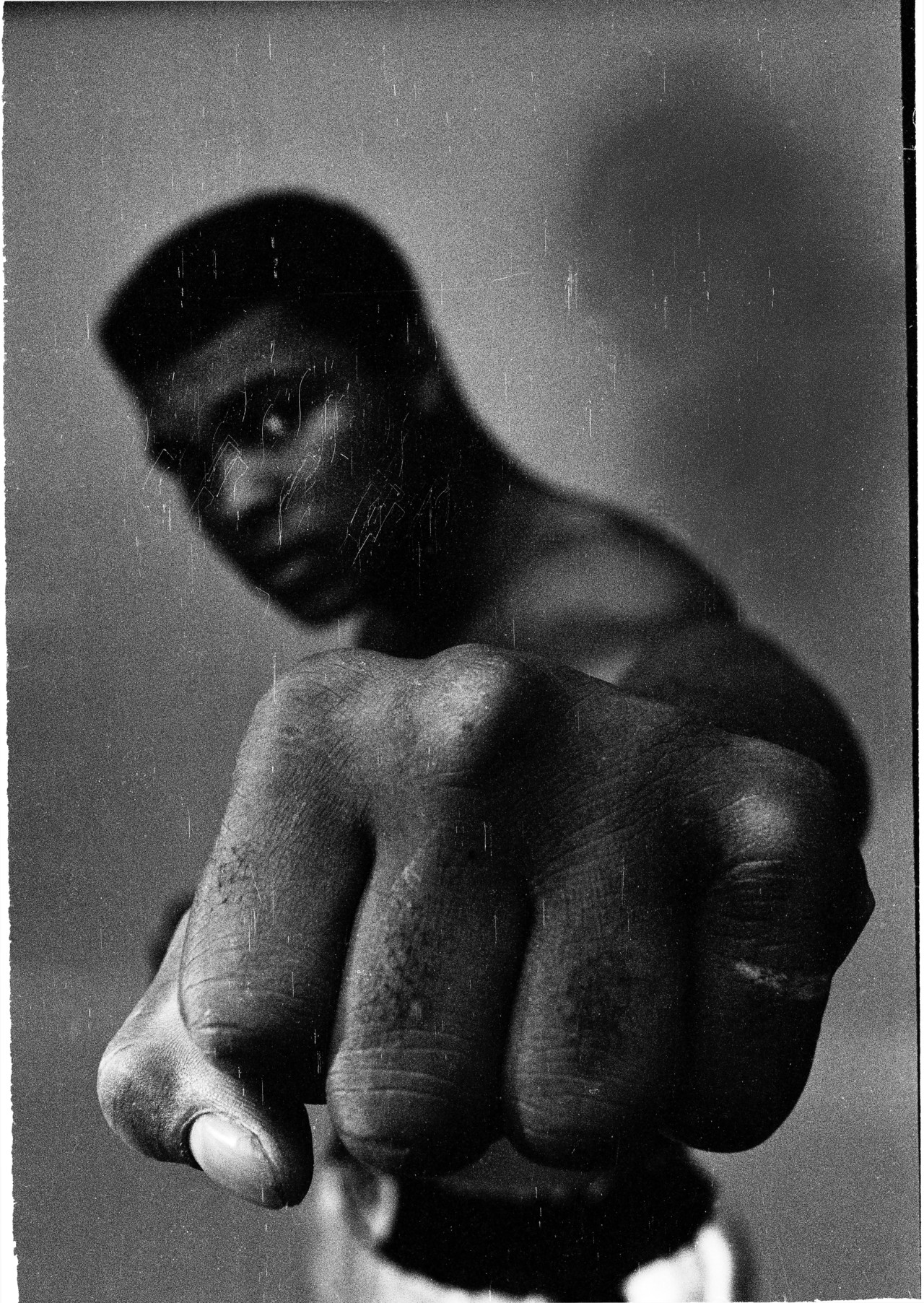 In Pictures: Football Around the World