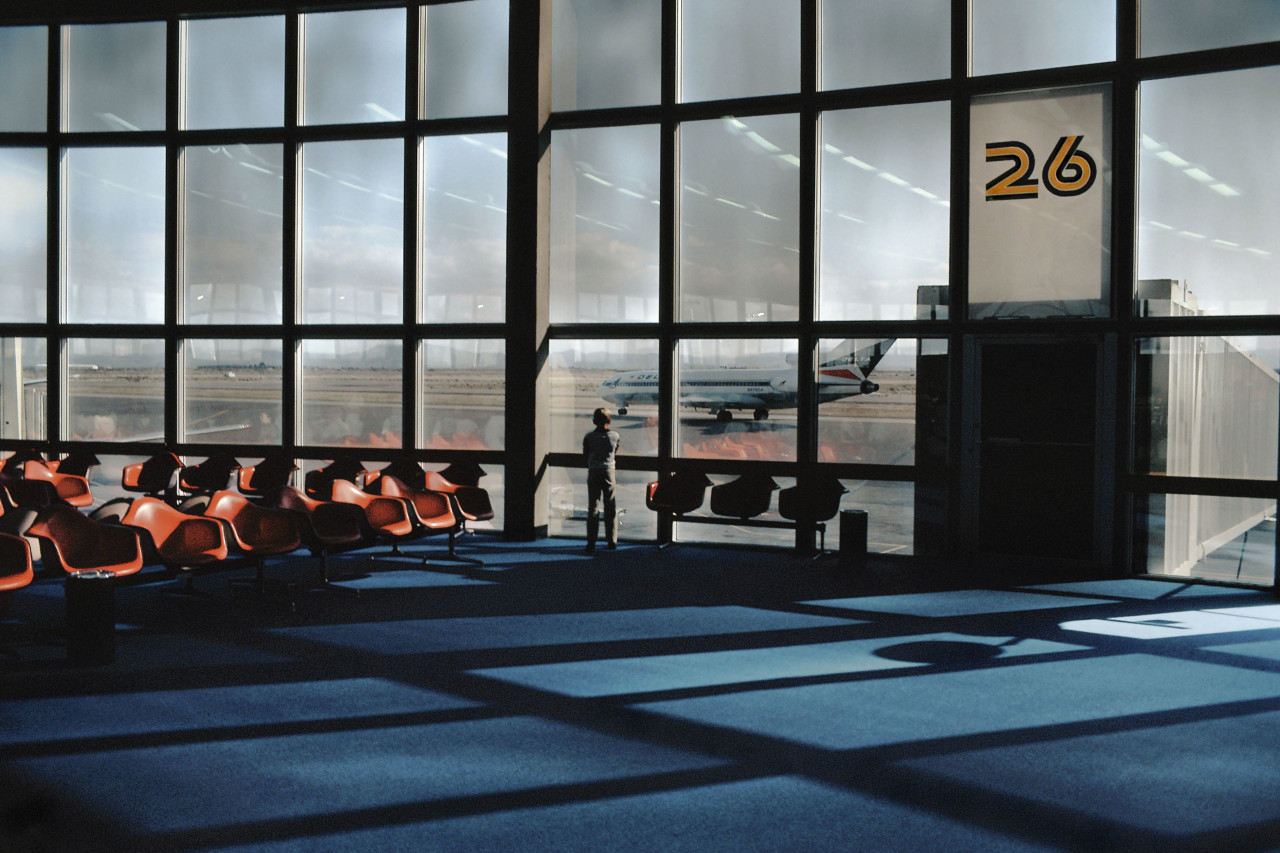 Harry Gruyaert‘s embrace of color photography set him ahead of many contemporaries in Europe at a time when the medium was widely seen as most applicable to the realm of commercial and advertising photography. Yet Gruyaert’s interest in colour was not the only thing that set him apart from his peers, as he explained in an interview with The British Journal of Photography: “In Europe and especially France, there’s a humanistic tradition of people like Robert Doisneau and Willy Ronis where the most important thing is the people, not so much the environment. I admired it, but I was never linked to it. I was much more interested in all the elements:  the decor and the lighting and all the cars: the details were as important as humans. That’s a different attitude altogether.”

These interests are evident in his latest book, Last Call, which brings together his images made in airports around the world. One might consider airports – those liminal spaces full of frustration, queues, and heavily scented duty-free retail opportunities – unlikely subject matter, but for Gruyaert they offer endless fascination. They are, he writes, spaces “with a host of players gliding through as though they’re on a stage.”

In his book Rivages (Edges), Gruyaert’s images of coastlines similarly made use of the in-between space, the blurred peripheries or grey-areas where land meets sea. Richaed Nonas, the American scultpor, wrote in the introduction to Rivages that, “Gruyaert ignores the grammar of center and edge; finds the blurred boundaries of overlapping life, the places where one thing has begun to be another thing. He photographs processes not results. – no, he photographs moments caught in transition -no, he photographs the dissociation transition produces, the slipped places it instantly creates…”

And perhaps airports offer a  man-made equivalent to the globe’s coastlines. Airports are neither here nor there. Glass, steel, concrete – and accordlingly very much real, they are nonetheless in limbo, as are those who move through them. Below we reproduce Gruyaert’s introductory text from Last Call, along with a selection of images from the book.

Last Call, published by Thames & Hudson, is now available in the US — visit their website here for more information. The UK release is also available here. 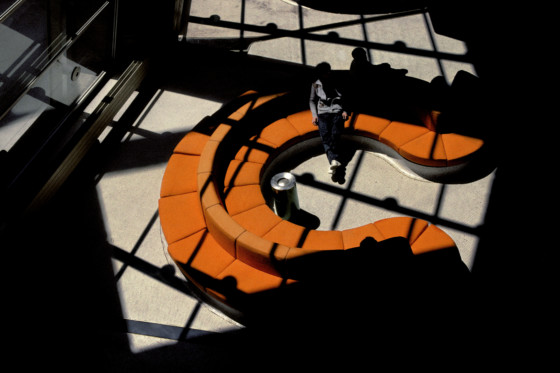 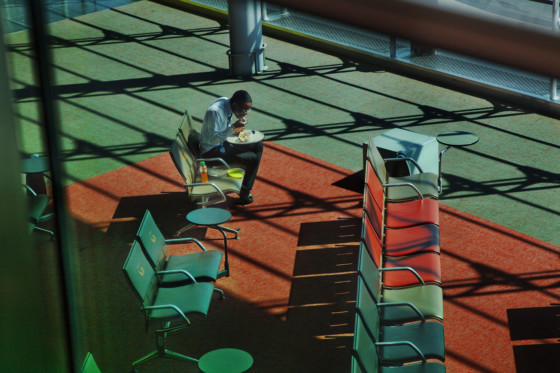 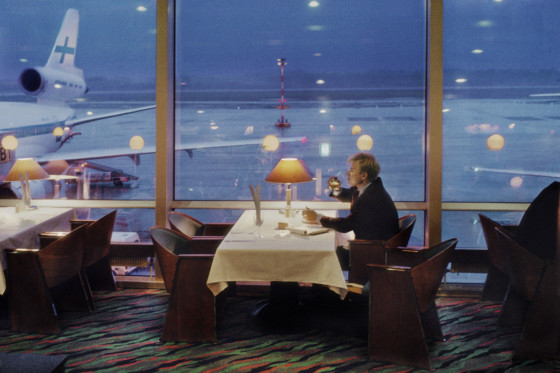 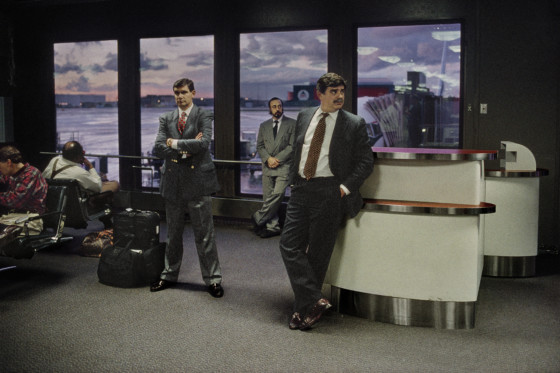 "You have to be on your guard. There’s nothing worse than missing an opportunity: photographs don’t wait" 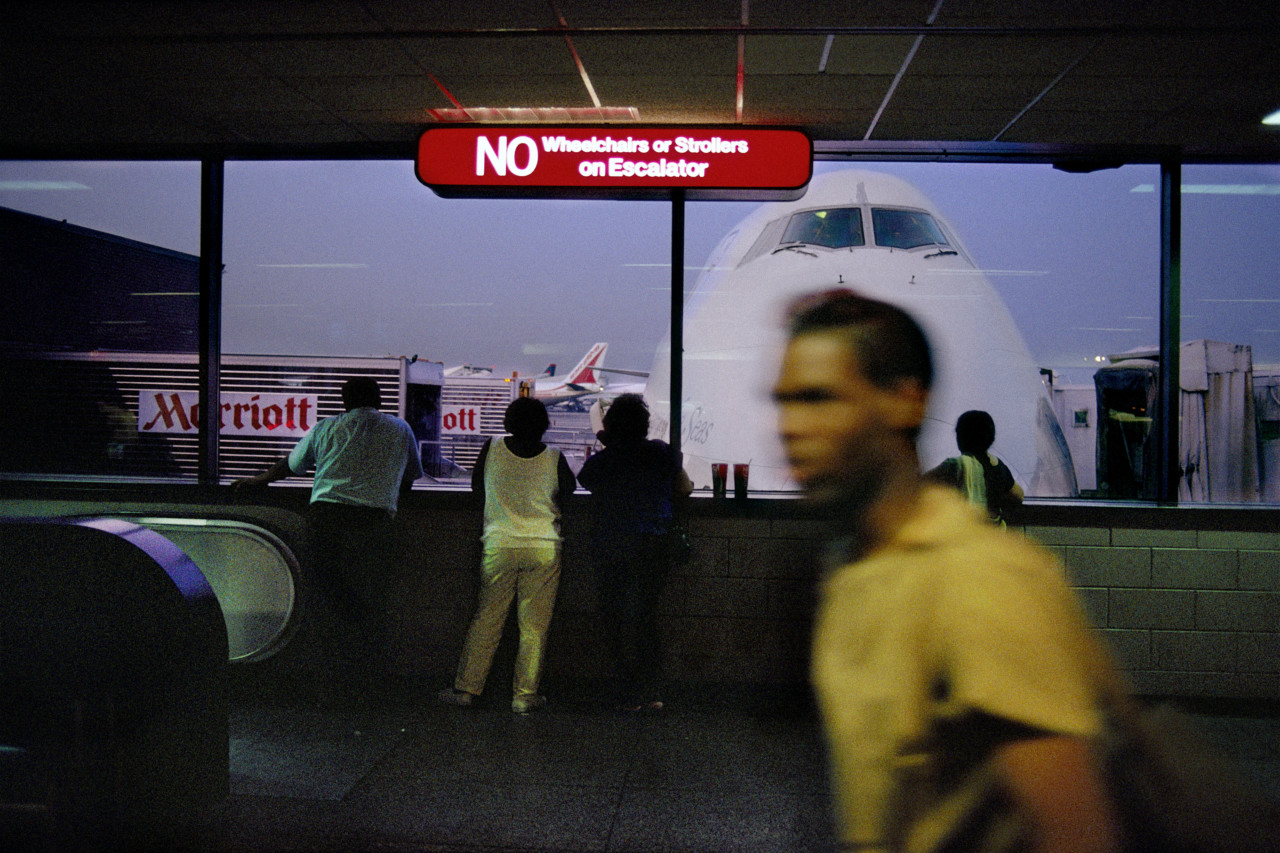 I’ve always been fascinated by places where people wait. I love to watch their movements, their postures, their gazes, the groups that they form, the situations that occur in those peculiar moments when time is standing still. For this reason, I’m interested in stations, bus stops and tram stops, but airports are special places because they have a remarkable theatricality about them. The architecture, the furniture and the colours combine to make a set, with a host of players gliding through as though they’re on a stage. It’s like a performance that I can’t begin to understand, but its visual dimension always draws me in. 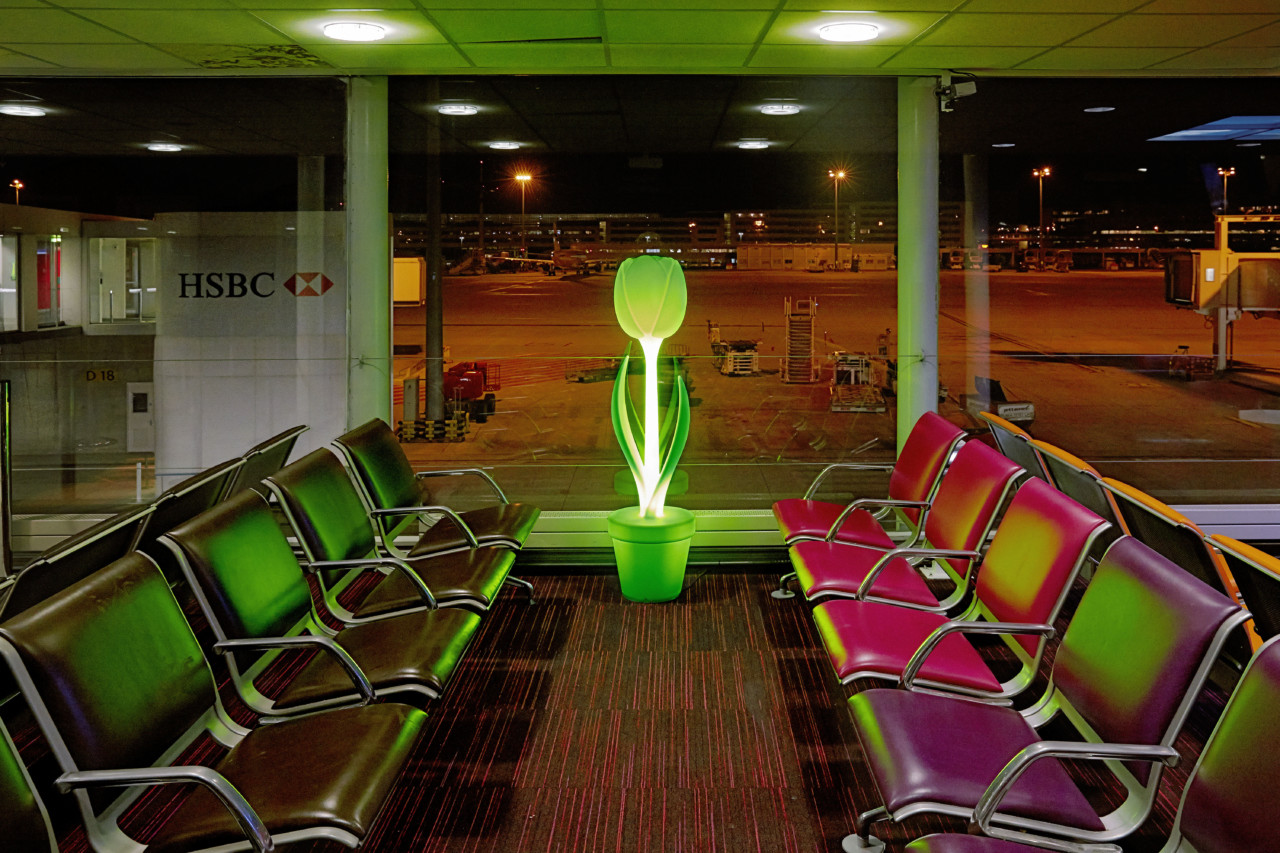 "Airports are also places that bring together everything that catches my eye as a photographer: the interplay of light, transparency and reflections..." 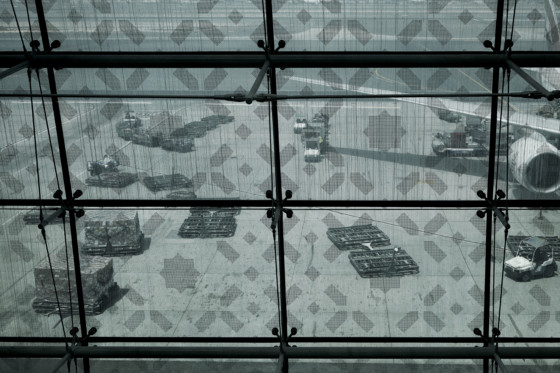 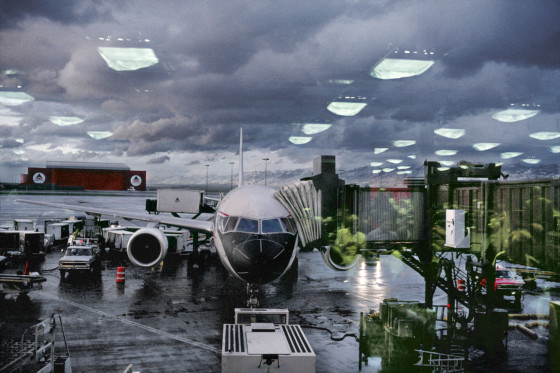 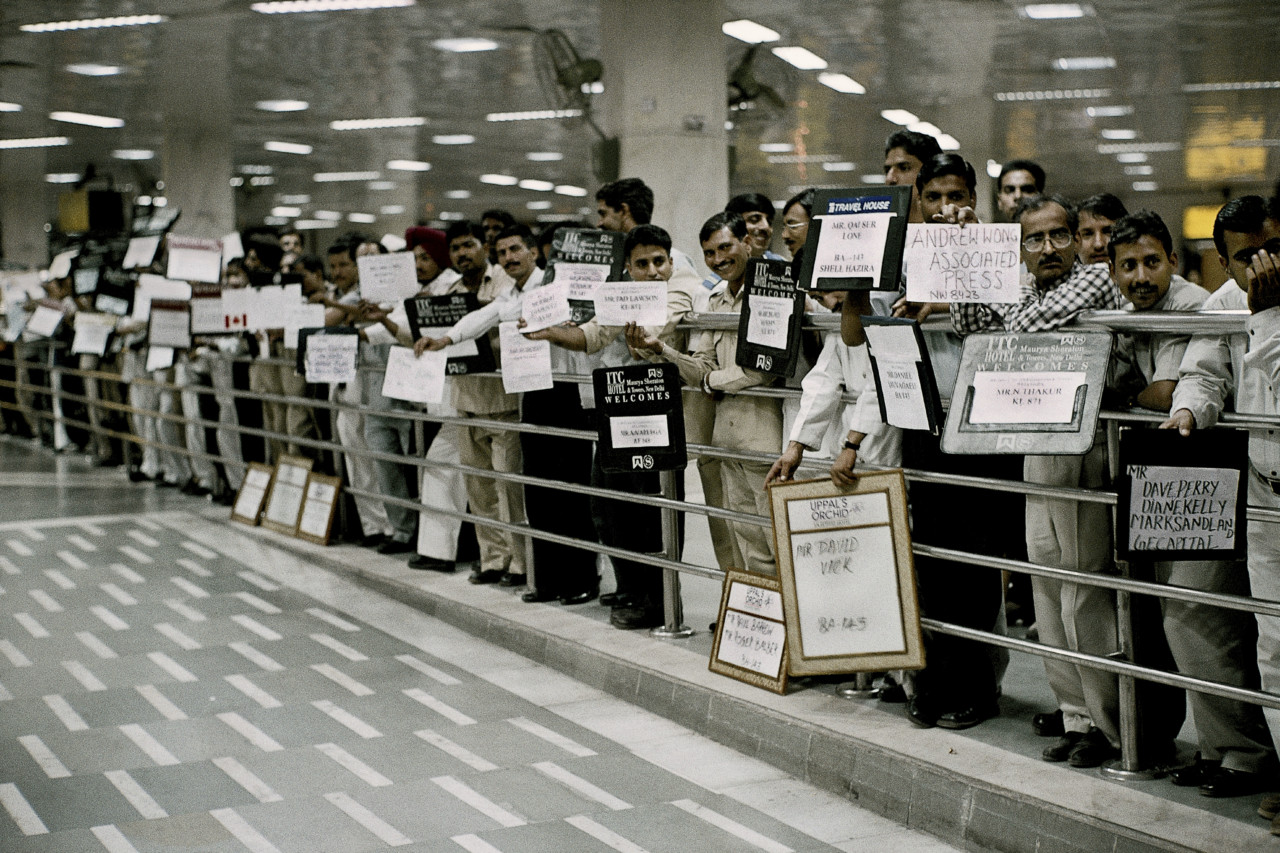 Airports are also places that bring together everything that catches my eye as a photographer: the interplay of light, transparency and reflections, the overlapping layers that make you lose your bearings and create a very strong impression of being caught between two worlds, the ambivalence between inside and outside. And then there are the signs – arrows, numbers, letters – whose graphic presence gives structure to the composition. I’ve always loved the vocabulary of signage. 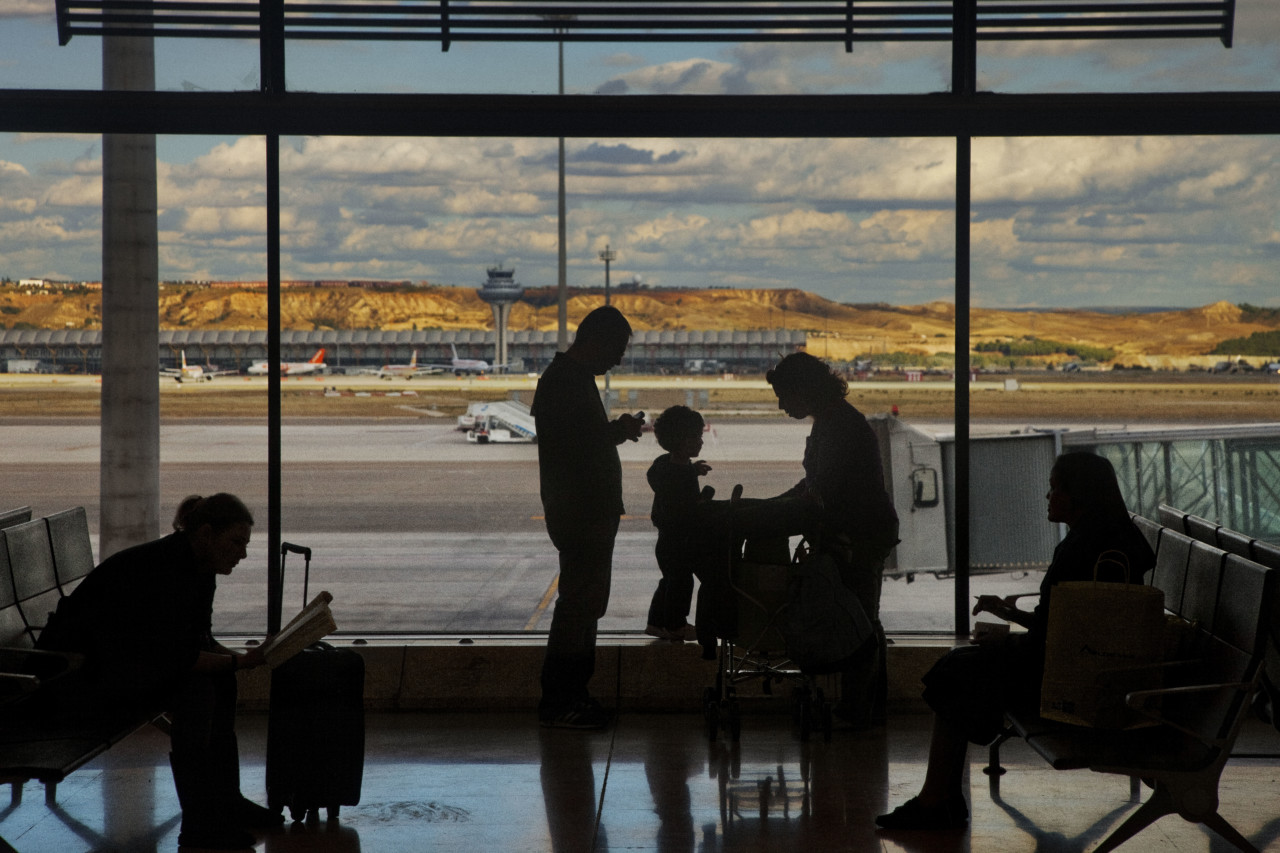 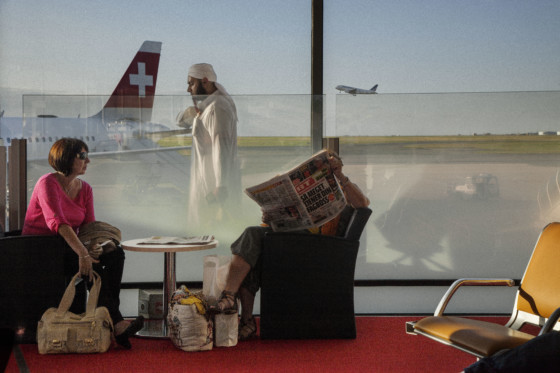 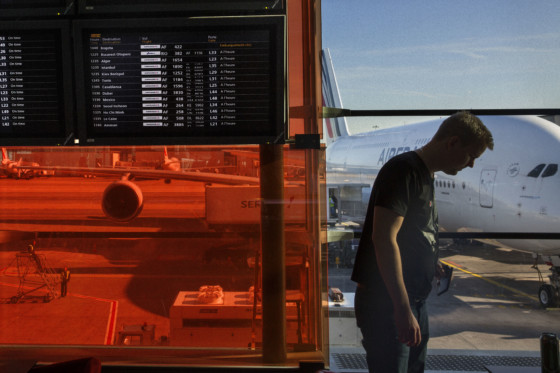 Every journey is a new opportunity to take pictures. I always want to get the formalities over quickly so that I’m free and can take pictures whenever they crop up. Chance and luck play a big role in it too. You have to be on your guard. There’s nothing worse than missing an opportunity: photographs don’t wait.

I’m always happy when I take my seat next to the plane window – I always ask to sit next to the window. I relive the dream of flying away as soon as we leave the ground. When I was a boy, if there was trouble at home or at school, I would fly away in my mind, sprouting wings and getting as far away as I could to escape. And it always did the trick. 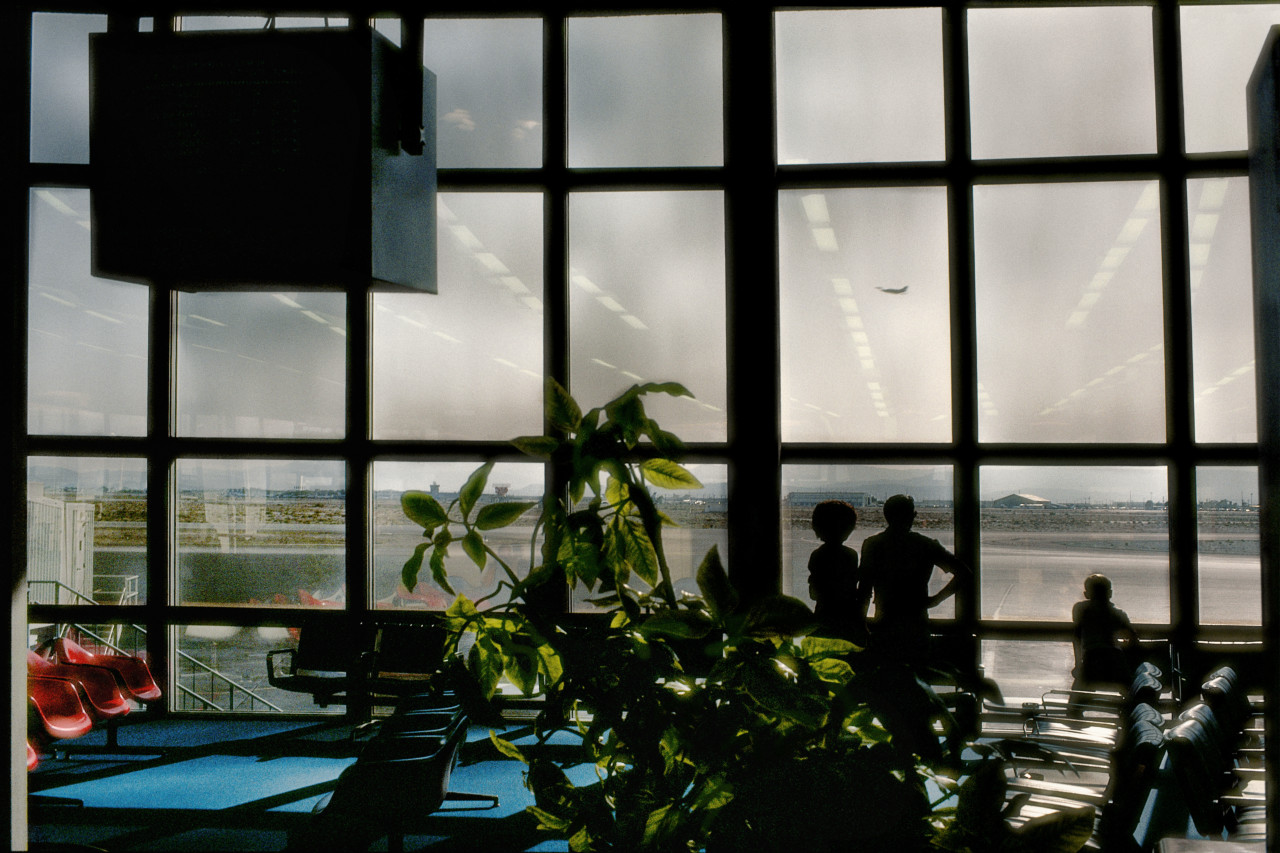