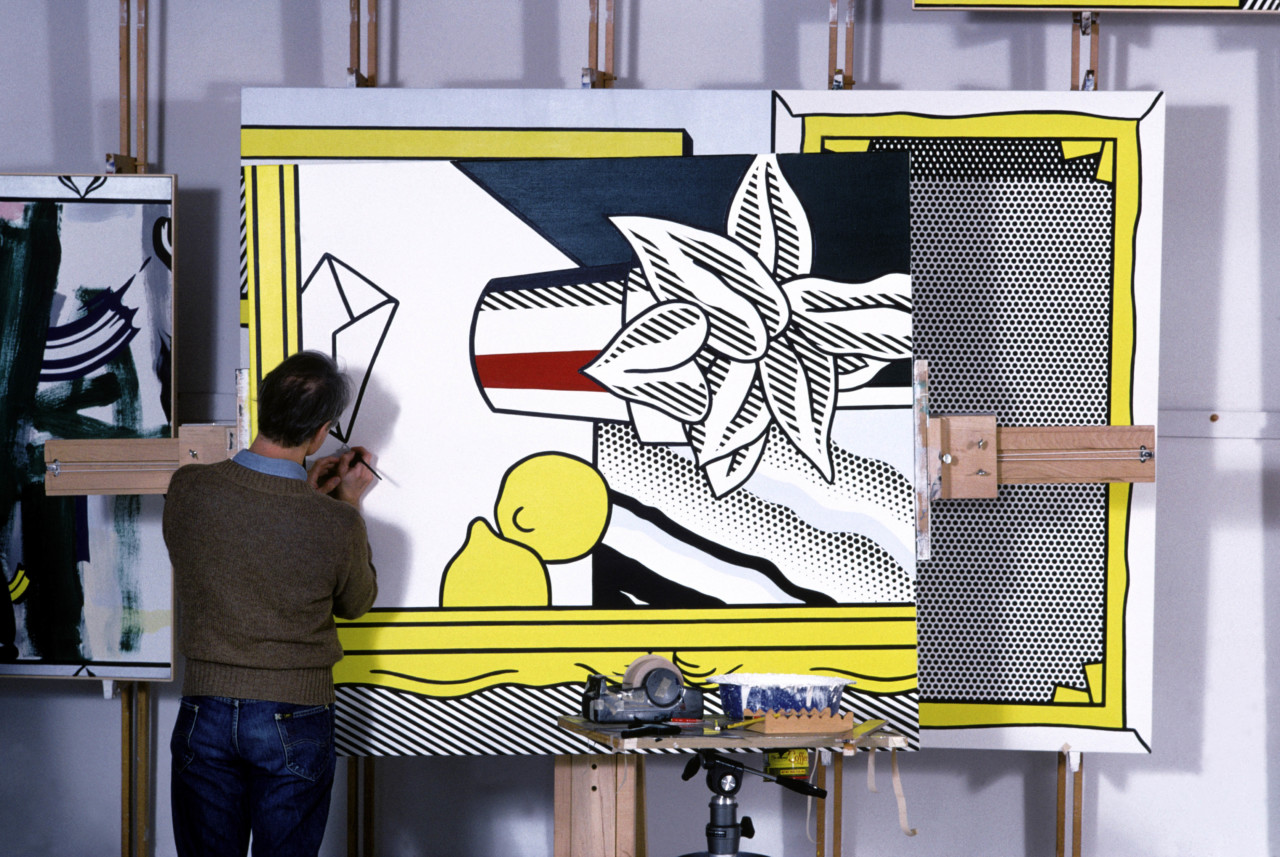 The name ‘Roy Lichtenstein’ has become a byword for pop art, so instrumental was he in the creation and expansion of that 1960s art movement. Lichtenstein, a native New Yorker, carved out a strong aesthetic for himself early on in his career, drawing inspiration from popular advertisements and comic strips, while mimicking the crudeness of newspaper reproduction. He brought brash parody to a newly invigorated American art scene, which included artists like James Rosenquist, Jasper Johns and Andy Warhol among others. 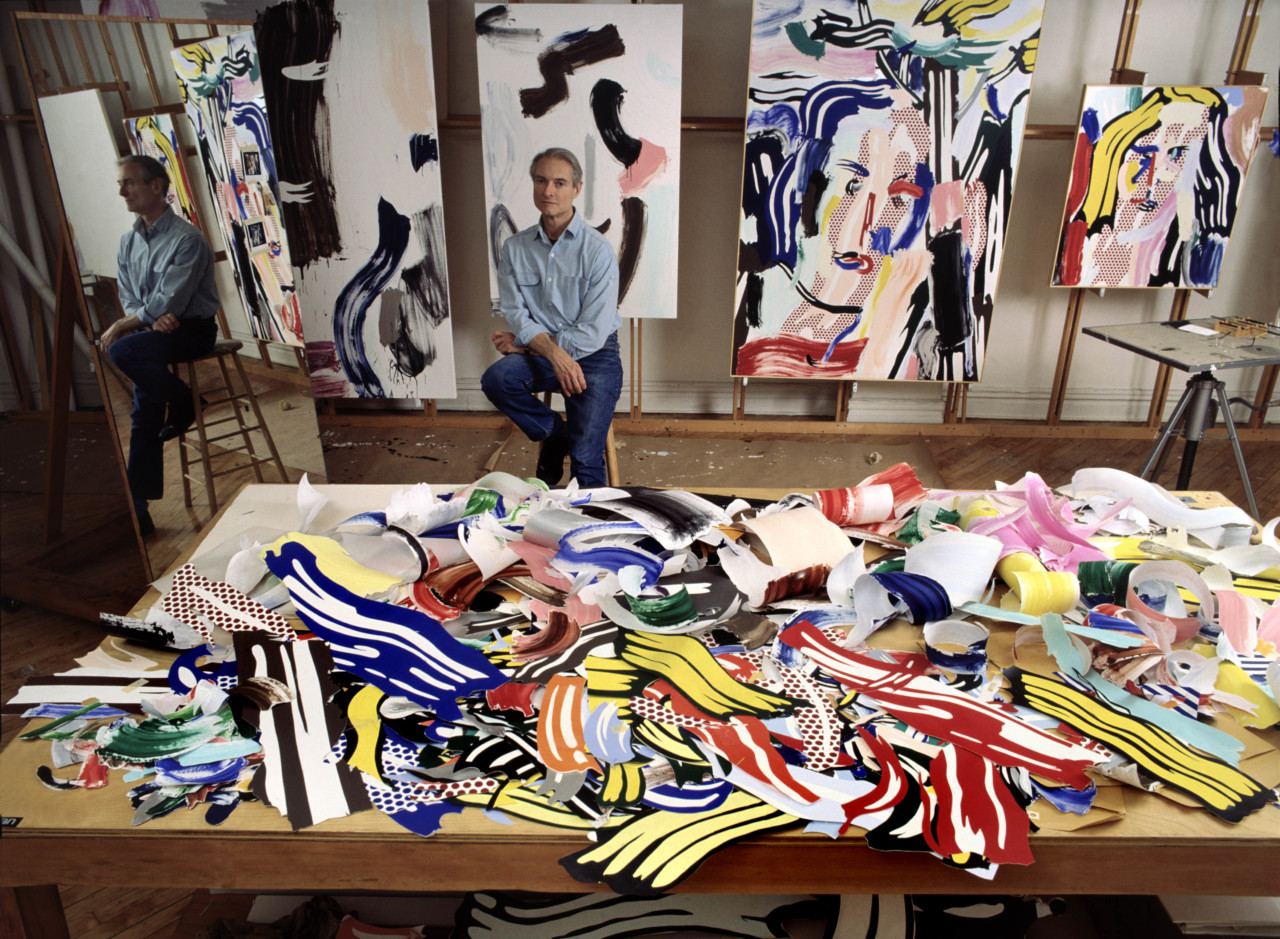 In the early 1980s, when Magnum photographer Thomas Hoepker visited him in his Long Island studio, he was at the apex of a busy mural career. Hoepker was working on a series about American pop artists and naturally, Lichtenstein was on his hit list. “I had seen his startling icons at the Museum of Modern Art in New York, most of them large-scale replicas of popular comic strips – just plain pop art,” says Hoepker. “This unusual idea of ​​a painter confused and fascinated me.”

In 1982, he travelled to the artist’s house in Southampton, first greeted by Dorothy Lichtenstein, “a graceful dark-haired beauty”, who was working in the garden. She led him to a big, bright barn; her husband’s studio. “Roy was hiding behind several screens, very focused,” recalls Hoepker. “I should just take pictures and let him work, he said, and dipped the brush in the acrylic paint.” Hoepker dutifully snapped away, taking in the peaceful studio: the “tools, foils and half-finished canvases”. 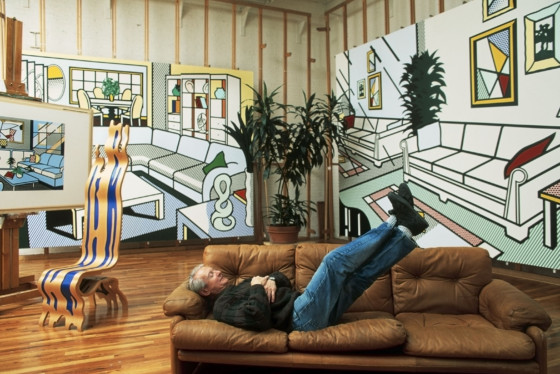 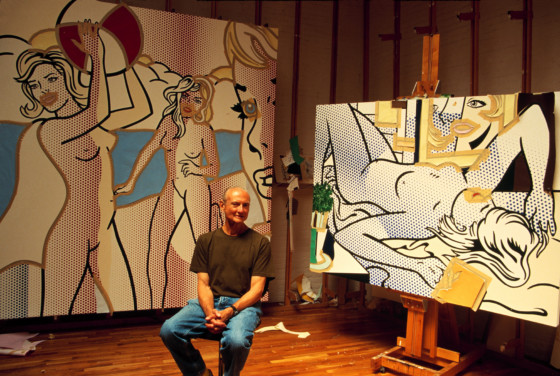 The photographs show the bright clarity of Lichtenstein’s work: the lemons, plants and yellow framing shout from the canvas, seemingly more alive than the creator himself. “Pop Art is industrial painting,” Lichtenstein once said. “I think the meaning of my work is that it is industrial, it’s what all the world will soon become. Europe will be the same way, soon, it won’t be American; it will be universal.”

During his visit, Hoepker was particularly intrigued by one picture. “It showed nothing but the back of a yellow painted stretcher with the canvas stretched and dabbed with black and white grid dots – the picture of a picture, but only on the back,” says Hoepker. “I understood the grinning irony of this cool depiction. Lichtenstein had brought the idea of painting to the grid point, so to speak – the pure essence of pop art.” 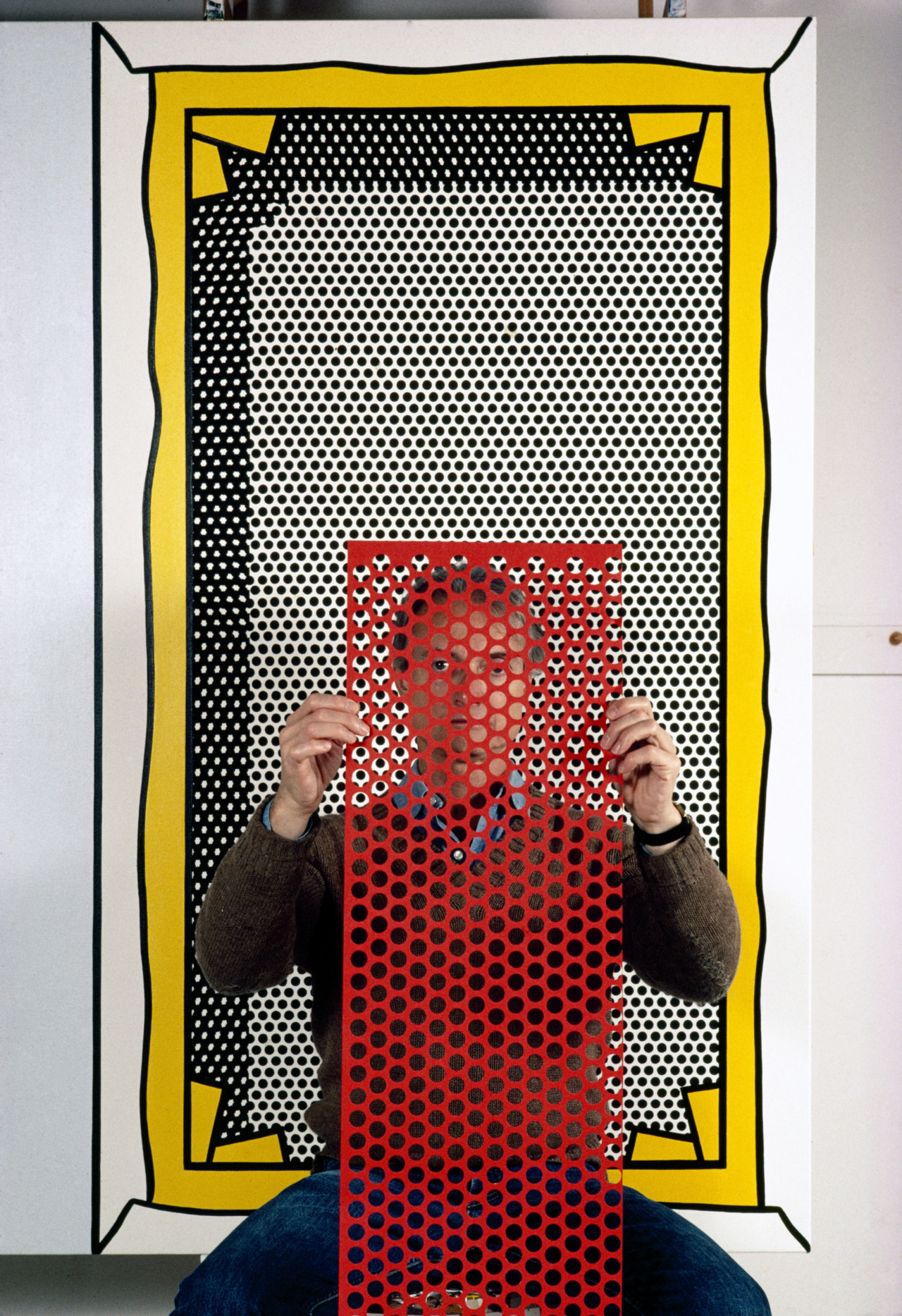 Then, Hoepker found several rolls of red plastic foil with punched holes in a corner of the studio. “I understood that Roy used these stencils to apply his accurate raster structures on screens,” he says. “I asked him to sit down for a moment in front of his stretcher frame and look directly through the red foil in my lens. He agreed with a smile and gave away a small trade secret – the trick with which he painted his grid. I later named the photo “Double Pop”.

Lichtenstein was as prolific as he was iconic, ultimately creating more than 5,000 paintings, prints, sculptures, murals, drawings and other objects during the course of his career. Hoepker would photograph the artist many times again, well into the late ‘90s, as he continued his journey as an essential and unapologetic innovator of 20th Century art. 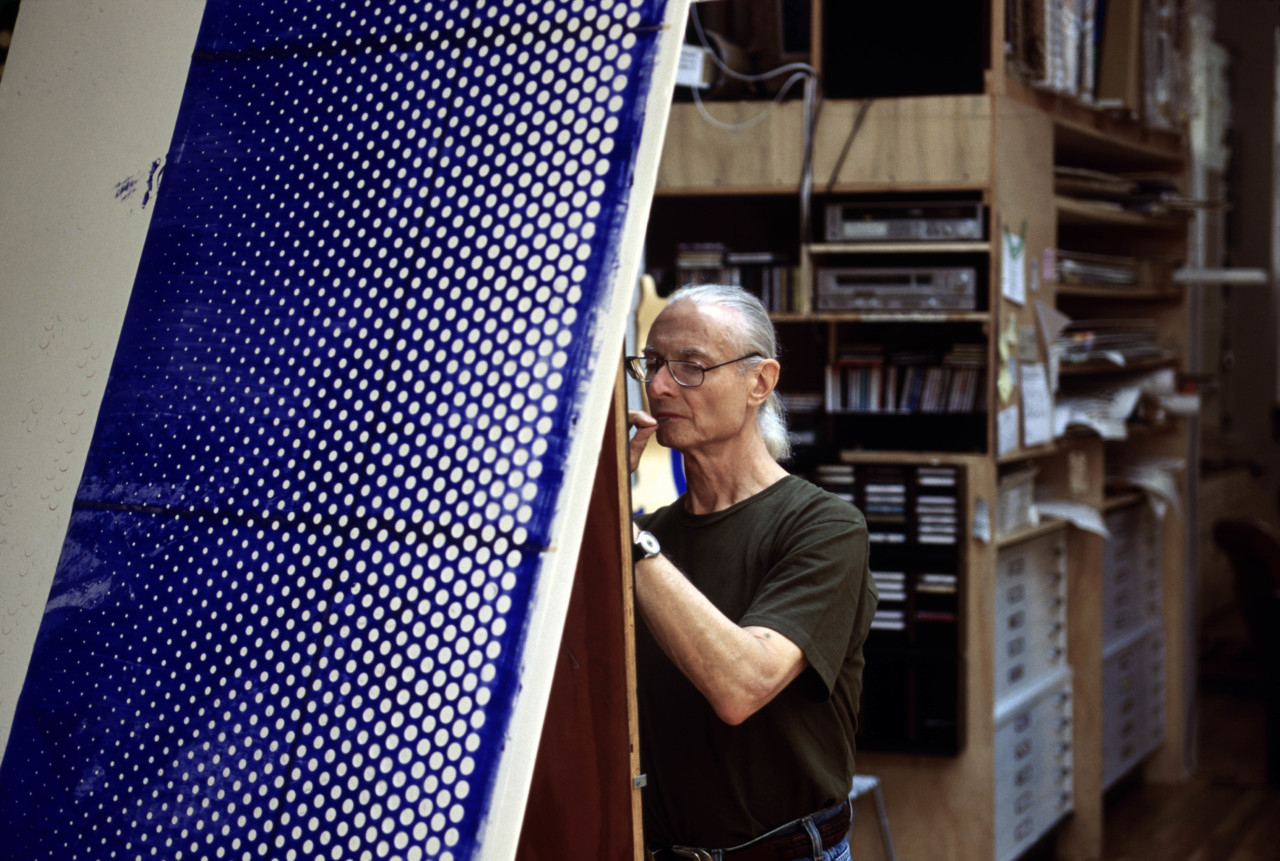