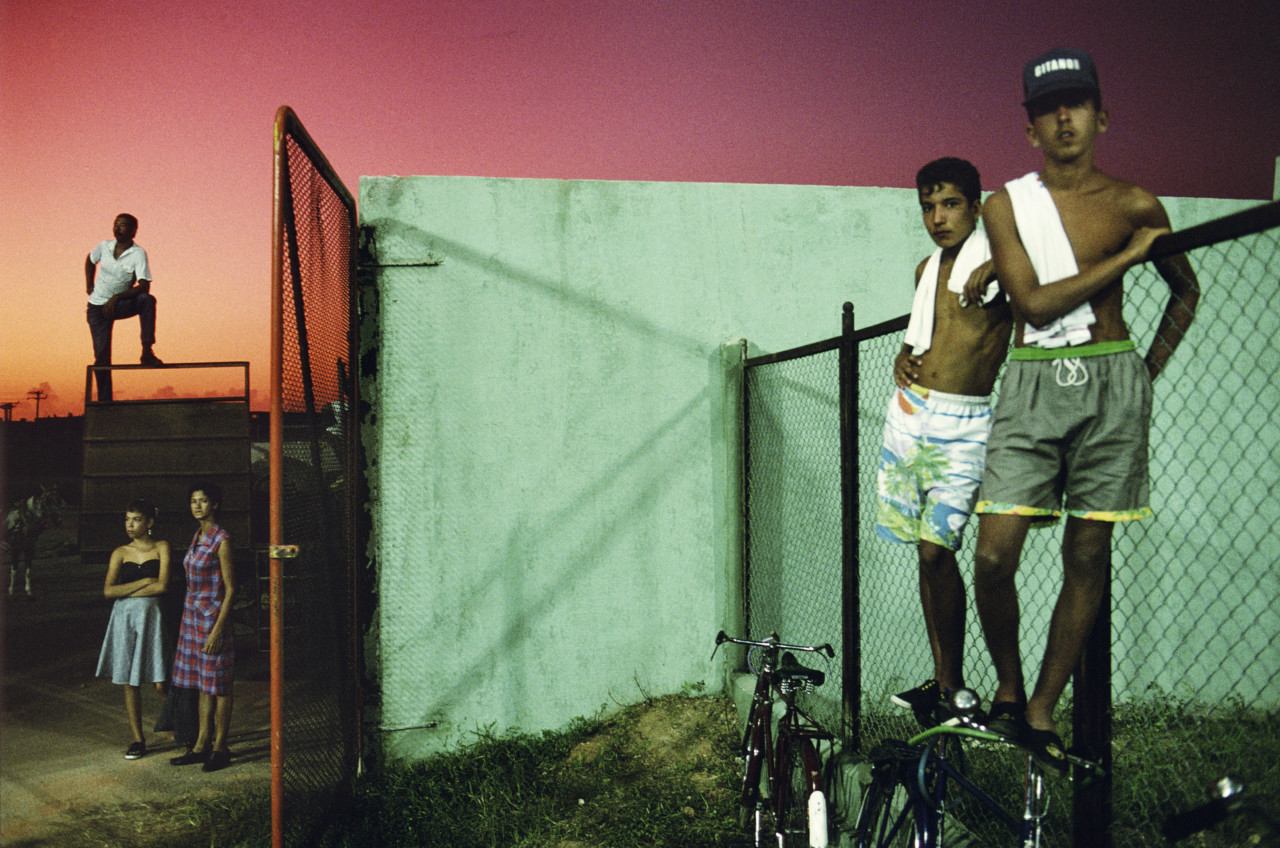 As the long out-of-print book by Alex Webb and Rebecca Norris Webb is reissued, the husband and wife team present writings on their joint project.

In Spanish, the word “esperando” means both “waiting” and “hoping,” a layered meaning that starts to get at the feel of the Cuba I’ve photographed since 1993. But what are the Cuban people waiting and hoping for? What lies ahead for this complicated and vibrant island? —Alex Webb.

“I have three rooms in my house,” a soft-spoken Habanero who raises cockatiels and lovebirds and parakeets told me during a recent trip to Cuba. “Two are for my birds, and one is for my wife and me.”—Rebecca Norris Webb. 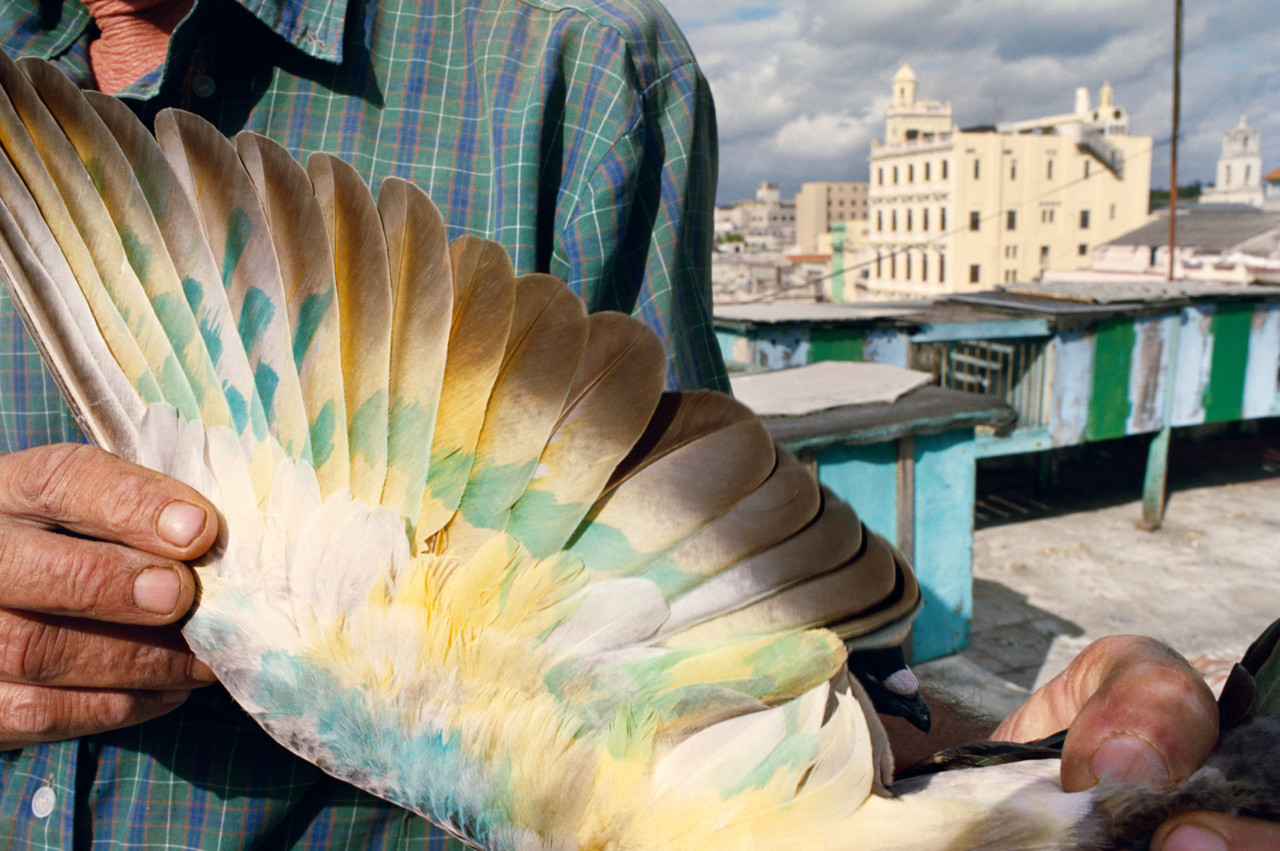 Rebecca Norris Webb Pigeon wing. On this rooftop pigeon coop in Old Havana, a breeder is spreading open the wing of a pigeon he bred to have blue and green feathers. Havana, Cuba. 2008. © Rebecca Norris Webb / Distributed by Magnum Photos
License |

"But what are the Cuban people waiting and hoping for? What lies ahead for this complicated and vibrant island?"

This book began as two separate projects: Alex’s exploration of the streets of Cuba and Rebecca’s surprising discovery of unique and sometimes mysterious collections of animals throughout the island —from tiny zoos and pigeon societies to hand-painted natural history displays and quirky personal menageries. As we photographed more extensively in Cuba, however, we began to realize that despite the differences in our ways of seeing and our choices of subject, our work sprang from a response to a similar notion: the feel of a nation in a kind of bubble, an economic, political, cultural, and ecological bubble.

For, thanks to the vagaries of history and politics, Cuba has now existed for some fifty years outside of the world of globalization, outside the vast currents dramatically transforming the face of our world today. For how many 21st-century countries have almost no commercial advertising? How many remain comparatively free of plastics and other pollutants, one reason, scientists now say, that Cuba may be protected environmentally? And how many countries have, for better or worse—for indeed it is both—resisted so adamantly the incursion of U.S.-inspired culture? 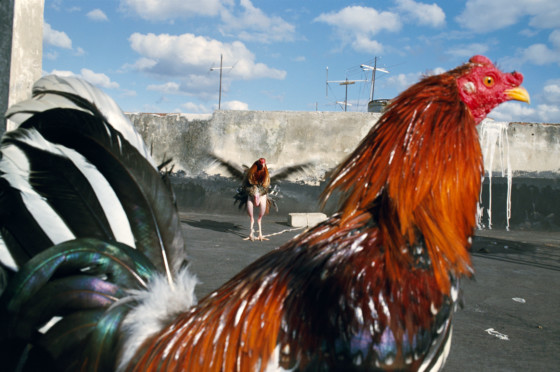 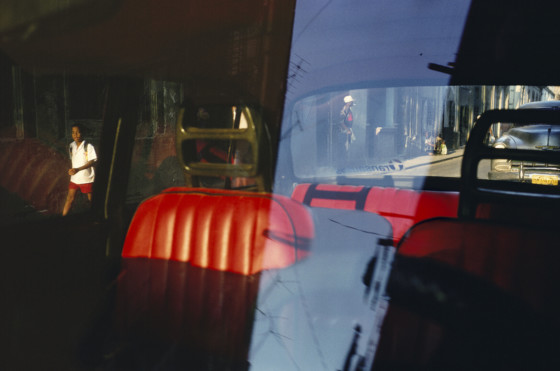 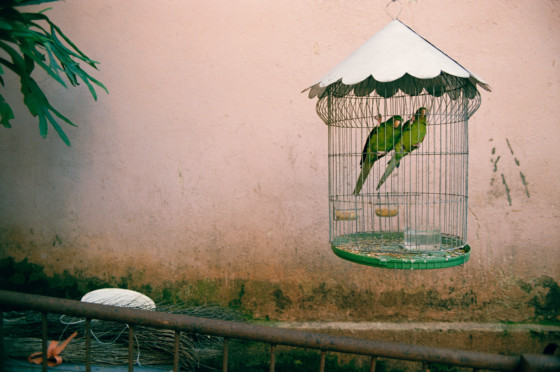 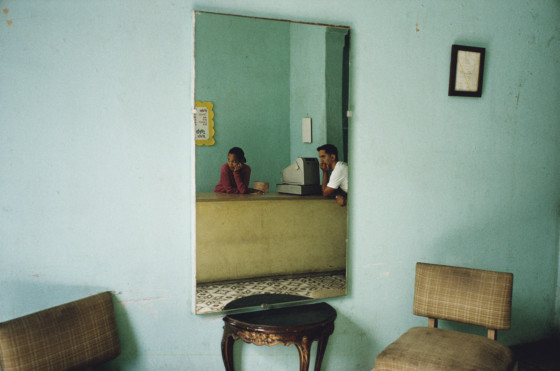 "So, in the spirit of a duet—with its point-counterpoint—we decided to weave our images together to create a multi-layered portrait of this 'Violet Isle'"

So, in the spirit of a duet—with its point-counterpoint—we decided to weave our images together to create a multi-layered portrait of this ‘Violet Isle,’ a little known name for Cuba that is inspired by the rich color of its soil, this island in a bubble whose people and animals seem caught out of time, a place that’s engaging yet unsettling, a place that’s vibrant yet vulnerable, a place that—for better or worse—probably won’t exist as it is much longer. —AW and RNW, from “Two Looks,” their afterword to Violet Isle, written in January 2009 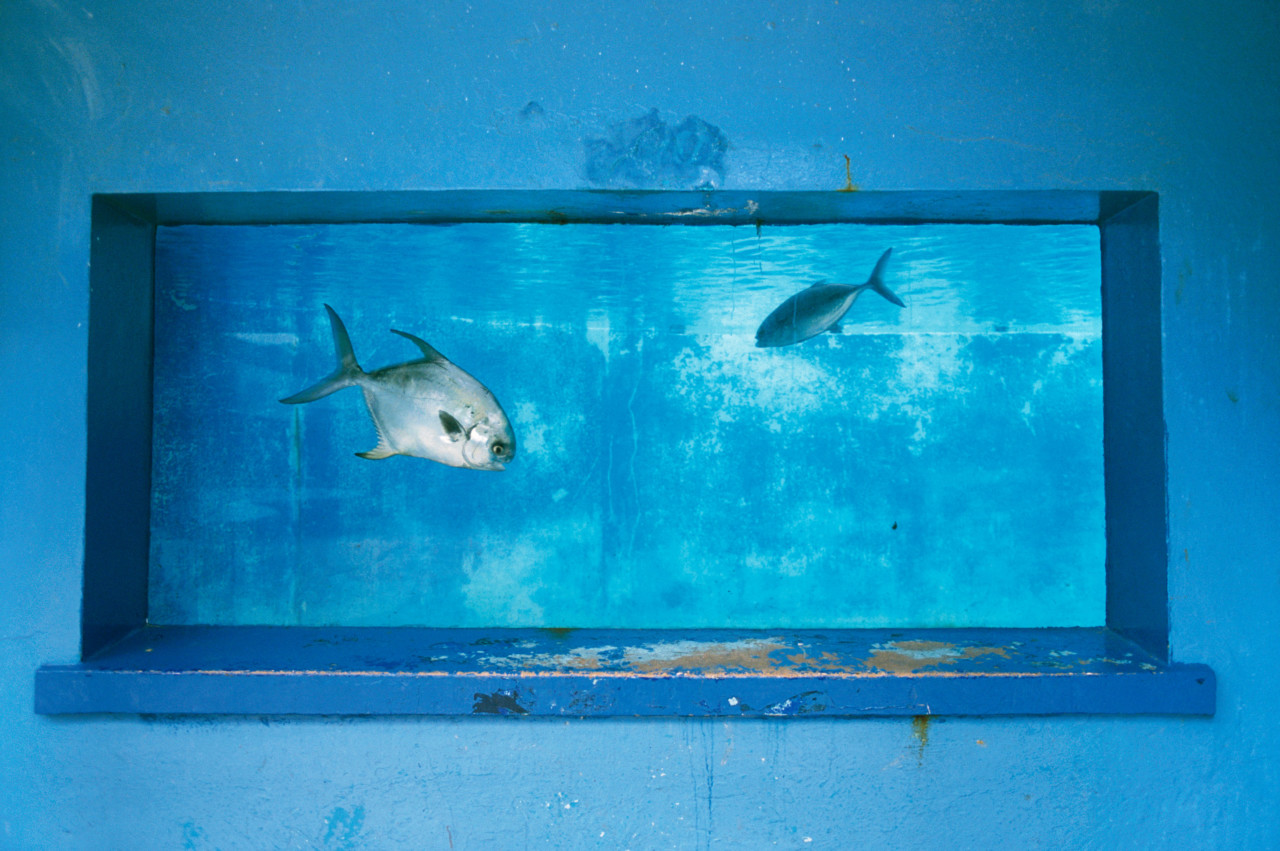 American essayist and novelist, Pica Iyer, best known for his travel writing, had this to say about Violet Isle.

“Not many photographers can catch the invisible or impending, what has been pushed down below the surface or is just around the corner. But Alex, for me, has always been something more than just a photographer…He is, I think, a probing essayist on the modern world’s impulses towards anarchy, a shadow sociologist.” —Pico Iyer, from “The Sunlight in Shade, the Stillness in Motion,”

“It’s as if [Rebecca] captures the melancholy interiors, and all the quirky secrets kept there, one reason, perhaps, the island still survives in spite of everything.” ––Pico Iyer, from “The Sunlight in Shade, the Stillness in Motion,” – afterword to Violet Isle.

"Not many photographers can catch the invisible or impending, what has been pushed down below the surface or is just around the corner." 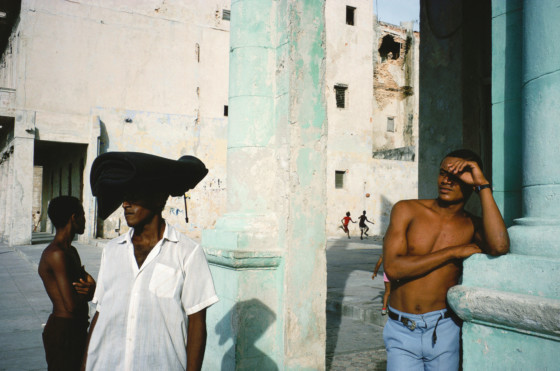 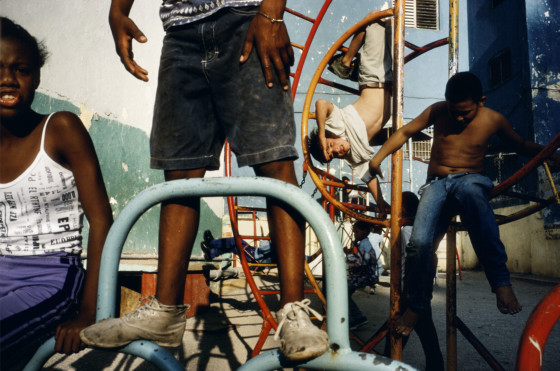 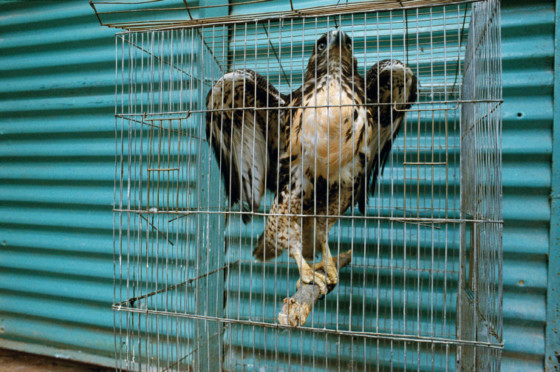 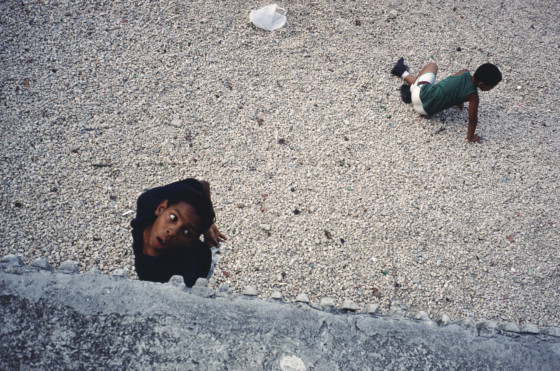 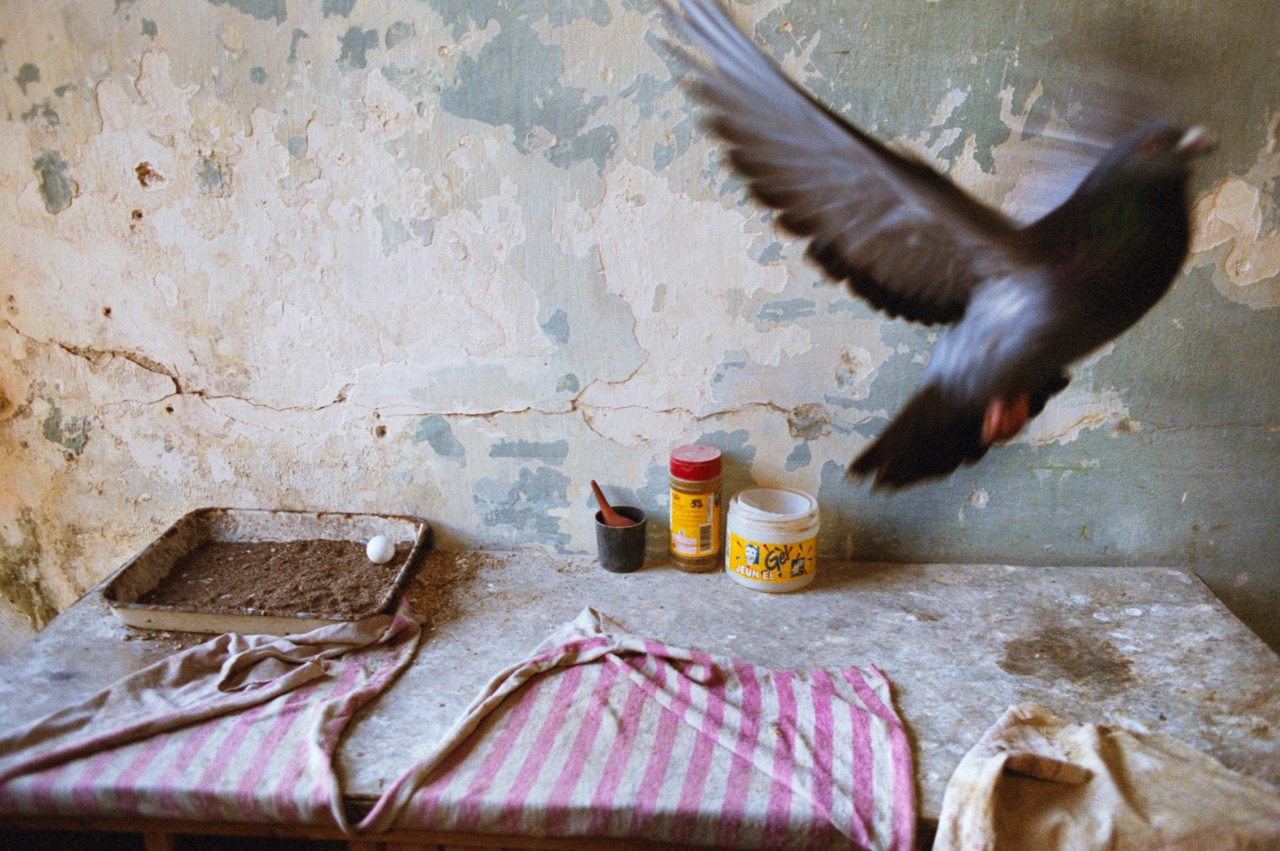 Buy a signed copy of Violet Isle on the Magnum shop here.