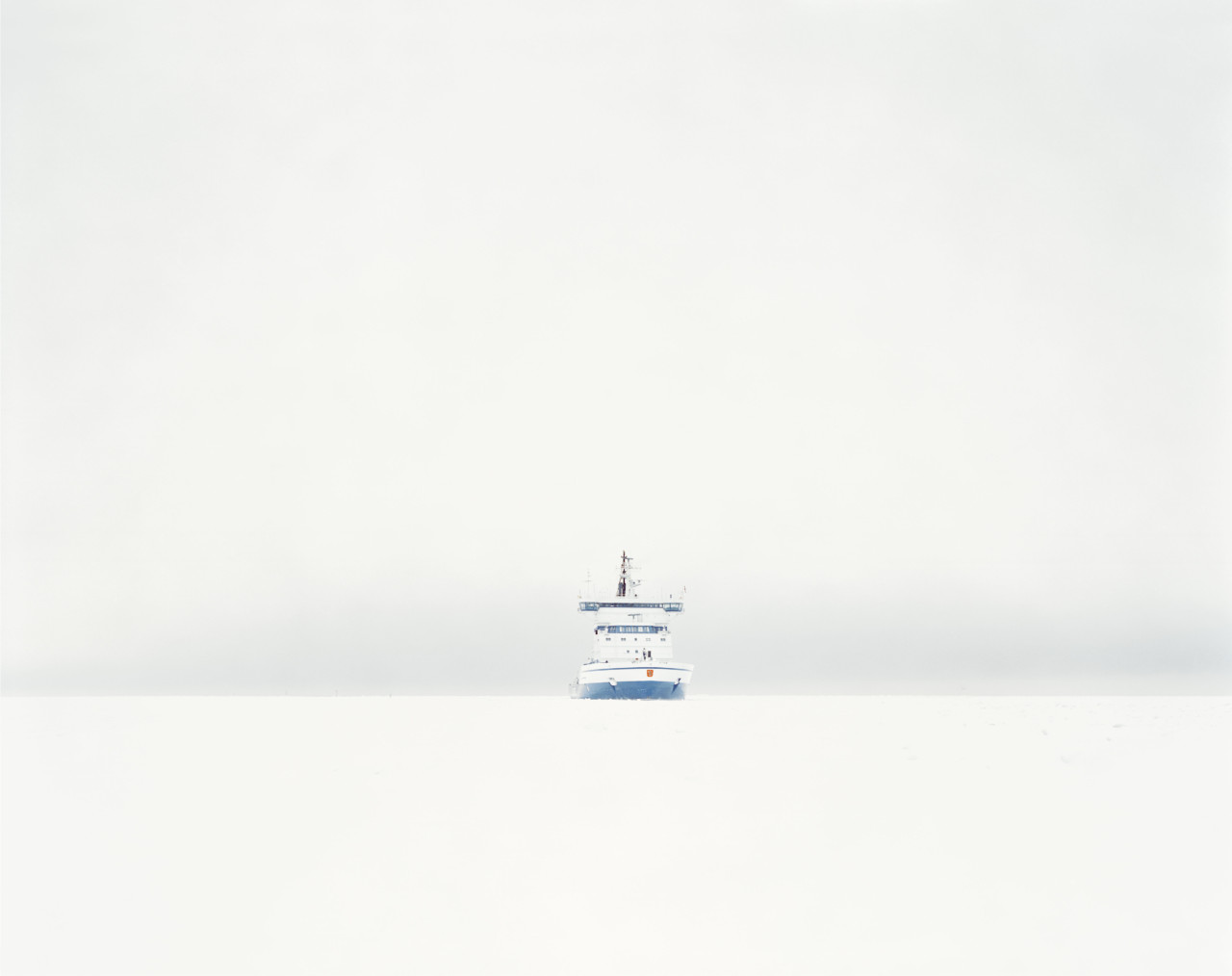 In March 2002 Mark Power spent ten memorable days aboard the Finnish icebreakers, Kontio and Fennica. These huge and powerful vessels assisted international shipping to reach ports in the northern section of the Bay of Bothnia, across seas which were often frozen for six months of the year, although this could be changing; in late 2017, the area experienced particularly thin ice cover, with rivers and lakes leading from Vaasa to Lappeenranta only just freezing despite it being mid-winter. And just recently, the MET office predicted that the Arctic could be seasonally ice-free in under 30 years.

Another Place, a website-turned-publisher specially focused on contemporary landscape photography, has made Power’s project into a book. “I was very much thinking of landscape in the widest sense,” explains Another Place’s editor and publisher Iain Sarjeant. “Work which explores our relationship with a place, whether at a local level or a much bigger scale.” 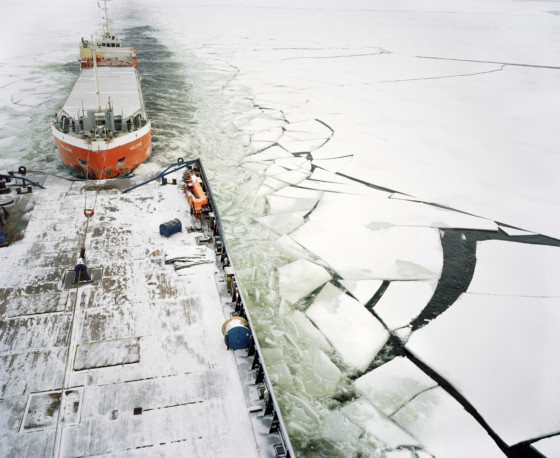 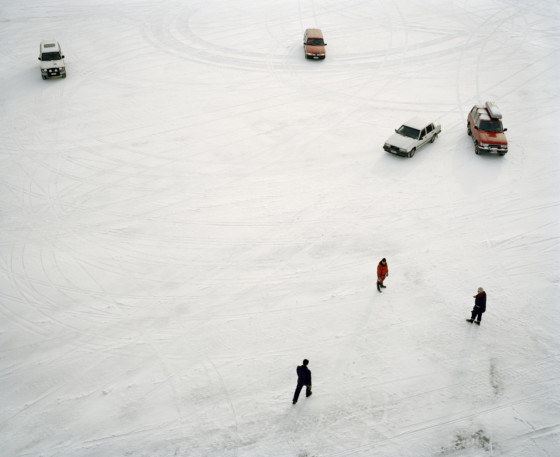 Mark Power View from icebreaker 'Fennica' as she arrives in the port of Pietarsaari. © Mark Power | Magnum Photos

Sarjeant has long been an admirer of Mark Power’s photography, and Icebreaker had been one body of work he had mentally earmarked as having the potential to work wonderfully as a printed publication. “As it is quite a small body of work, I felt it was well suited to being produced as a small photobook.”

The cover image of the book shows the first ship, Kontio, coming to pick Mark up. “I’ve got a very vivid memory of it emerging out of the mist, powering its way towards the port,” he remembers. “I couldn’t believe they’d do that just for me.”

Revisiting the work for the book, conjured up fond memories for Mark Power. Here, the photographer recalls the trip: 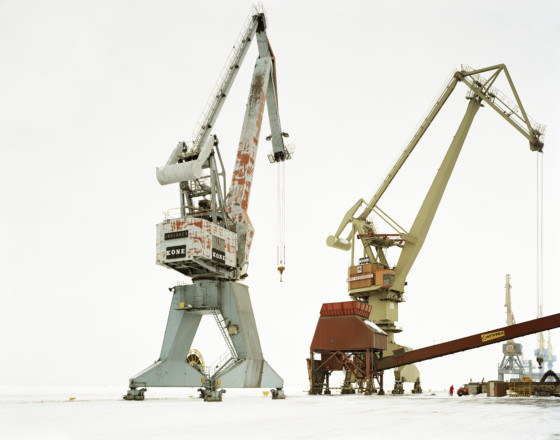 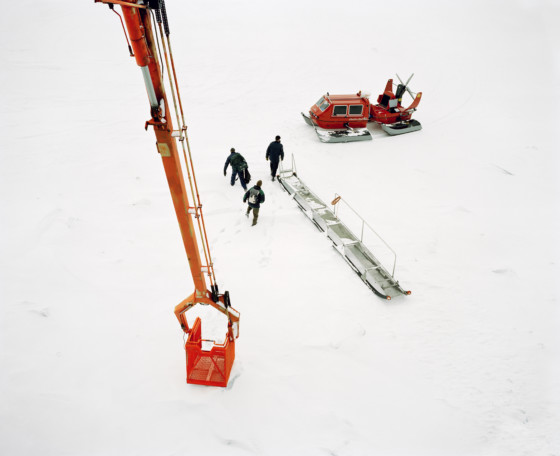 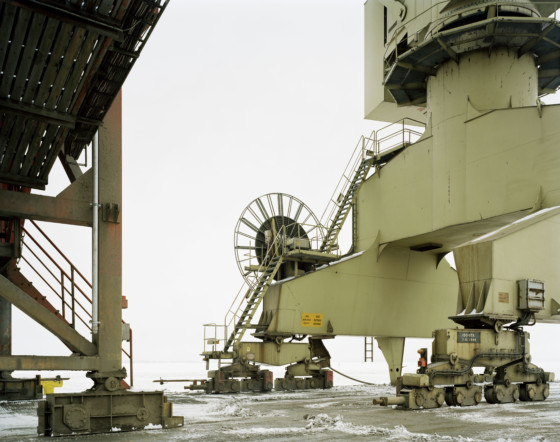 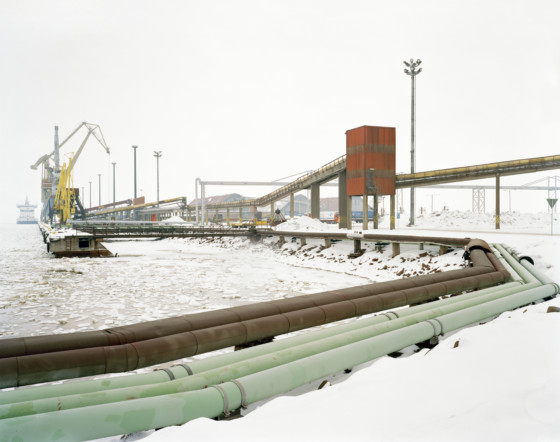 “I can remember it being very cold, of course, but it was made worse when out on the deck as the ship pressed forward, producing its own apparent wind. I’d been warned about potential problems in using my large format 5×4 camera in sub-zero temperatures, so I had the oil removed from two of my lenses to stop them freezing. Actually, I never had the oil replaced and used them both for another 10 years without any problems.

I’m lucky I don’t suffer from seasickness. I’d sailed dinghies since I was seven years old, and for over twenty years very competitively, so I was used to being on the water. But that wasn’t the reason I’d been asked to make the trip. Instead, it was my first book, The Shipping Forecast, that got me the commission… although, by 2002, I was working in a very different way. 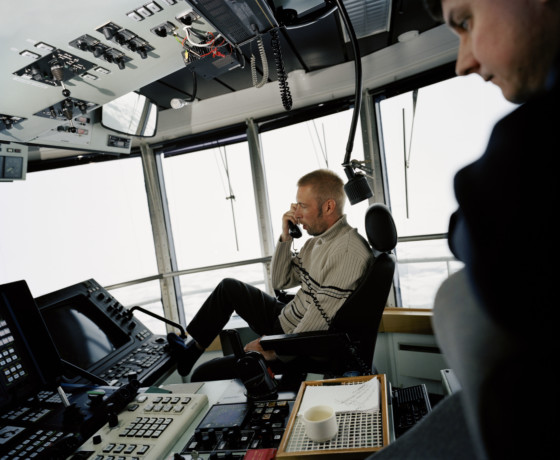 One memorable moment was standing on the ice, some ten miles offshore, and making a phone call home to my parents in Leicester. Naturally, the ship had a good quota of high-tech equipment to accurately measure the thickness of the ice, so I was able to stroll around in relative comfort and confidence. To this day most of us are constantly in search of a good phone signal; yet way back in 2002, in the middle of the Bay of Bothnia, I remember getting five bars on my Nokia. Nokia was a Finnish company, and they made sure there was a strong signal just about everywhere in their own country, even at sea.

As the ship moved around large ports and tiny harbors I got to see a Finland that most people probably never do. When the engines stopped I experienced a sense of silence and solitude I’d probably never known before, or since. Everywhere was covered in ice. Photography has always introduced me to intimacies, places and people I wouldn’t otherwise see or meet. I’ve never lost sight of how fortunate I am in this respect.” 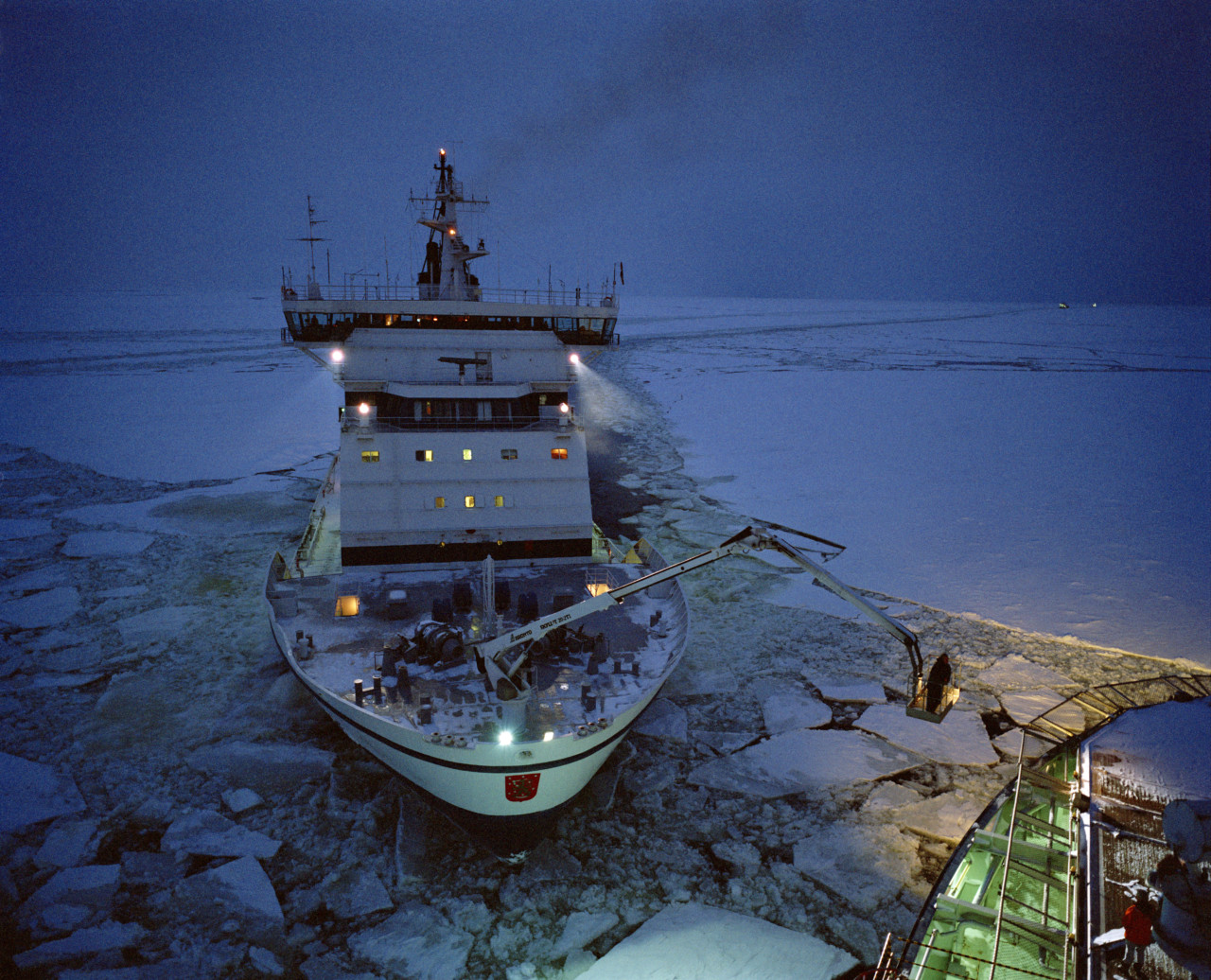 When Water Rises: A Journey Through Turkey’s Drowning Landscape

At Home on the Shoreline of Wellfleet