Over the past five years millions of Syrians have fled their homes, hoping to escape the fighting that has devastated their country and resulted in the deaths of hundreds of thousands of civilians. Although many have made the trip to Europe, most refugees do not leave the region and end up at camps situated in Turkey, Lebanon and Jordan.

The Azraq and Zaatari camps in northern Jordan were photographed by Magnum’s Mark Power in October 2015, then home to more than 100,000 people.

Zaatari was built in 2012 with the intention of temporarily housing just 5,000; one year later 150,000 had settled there. Situated eight miles from the Syrian border, it’s a huge, sprawling camp in the desert and the traditional destination for newly arrived refugees. It has quickly become one of the world’s largest refugee camps; in fact, when Power visited, its population of 80-90,000, and area of 5.2 square km, meant it was the fourth largest city in Jordan.

The refugees that currently live in Zaatari have seen conditions improve over time and development continues, albeit slowly. Current and up-coming projects will introduce better water supply, sewage systems, internet access and solar power. Hundreds of small shops offer most of what one would expect to find in a permanent city.

Mark Power reflects on his time at the camps, photographing fragments of a normal life being pieced back together in an unfamiliar setting. From the main shopping street that includes takeaway pizza and a travel agency, to the marriage preparations for couples who met in the camp, and the children who have never known a world outside it, Power’s experience had a profound effect upon him. 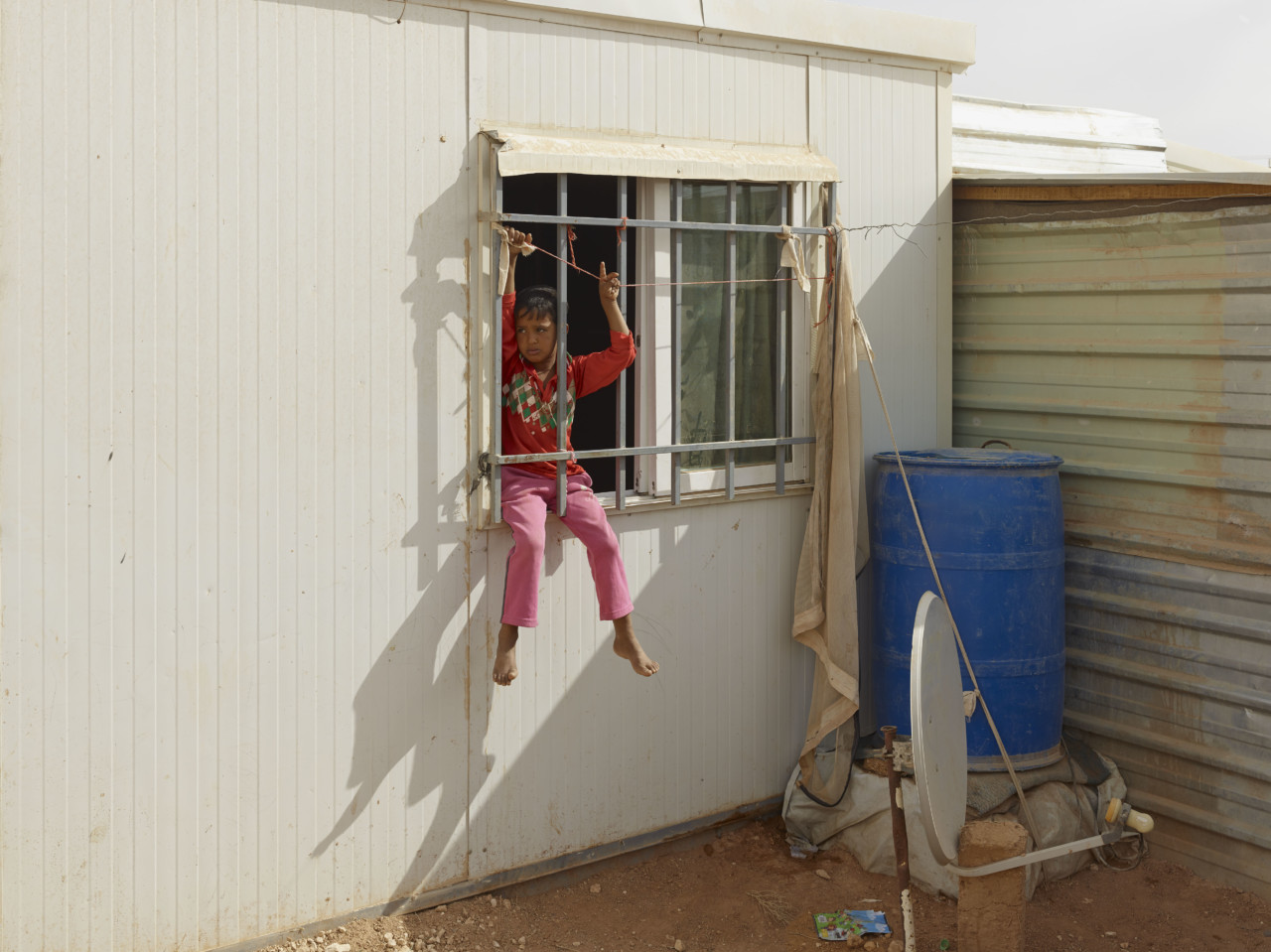 Before I visited Zaatari I’d heard several rumors about a serious lack of food and water, but I saw no evidence of this, or of the reports of increasing crime, including prostitution and drug-dealing.

Many families had been there since the camp opened four years ago. Every refugee I spoke to longed to return home far more than they wanted to start a new life in the West.

The Champs Elysees is the ironic name of the main street in the camp, where food, household equipment and clothes can be purchased.

Having never visited a place like this before, seeing a bridal shop surprised me. But, of course, the residents of the camp continue to get on with their lives with as much normality as they can. In fact, there’s an average of four weddings per week in the camp. 58% of the refugees in Zaatari are children under seventeen years of age. Many were born in the camp.

The oldest and most elaborate houses are cobbled together from tents and shipping containers. Some have interior courtyards, private toilets and home-made sewers. There are also a number of private gardens, which are lovingly tended. 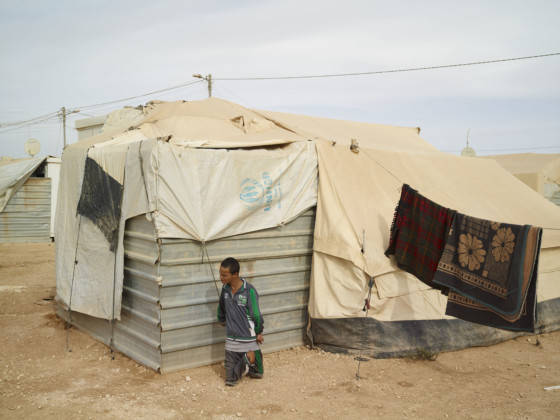 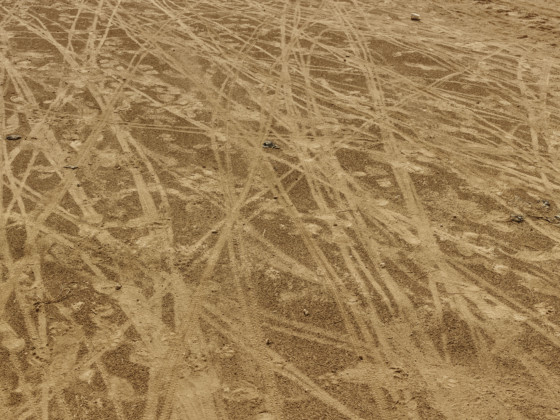 Some residents partake in a booming, but illegal, trade with a neighboring village. Authorities, including several Jordanian armored trucks, turn a blind eye. Since a huge number of bicycles arrived in the camp from the Netherlands, there’s been a roaring trade in new and reconditioned tires.

One of many facilities maintained by foreign aid organizations is a youth club run by UNICEF and Save the Children. Proper school is all but a memory for the children and teenagers in the camp; their parents were forced to take them out of school in Syria in order to flee the country and ensure the safety of their children.

Azraq is located in the middle of the desert, 50 miles from the Syrian border.

In trying to learn from the failings of Zaatari, Azraq was designed to de-centralise facilities like clinics, schools and playgrounds. Instead, its layout was focused around creating small villages and neighborhoods for residents originally from the same parts of Syria, in the hope of cultivating a sense of community. However, this vision didn’t seem to have translated into reality. In comparison to Zaatari, Azraq felt regimented and lifeless, and actually lacked the sense of community and the energy of its precursor.

A popular joke among residents of Azraq is “The only risk [in the camp] is that you will die from boredom.”

By my fourth and final day I felt saddened and utterly frustrated that there seemed to be nothing I could do to help. Photography suddenly felt like a very insignificant and unsubstantial response. 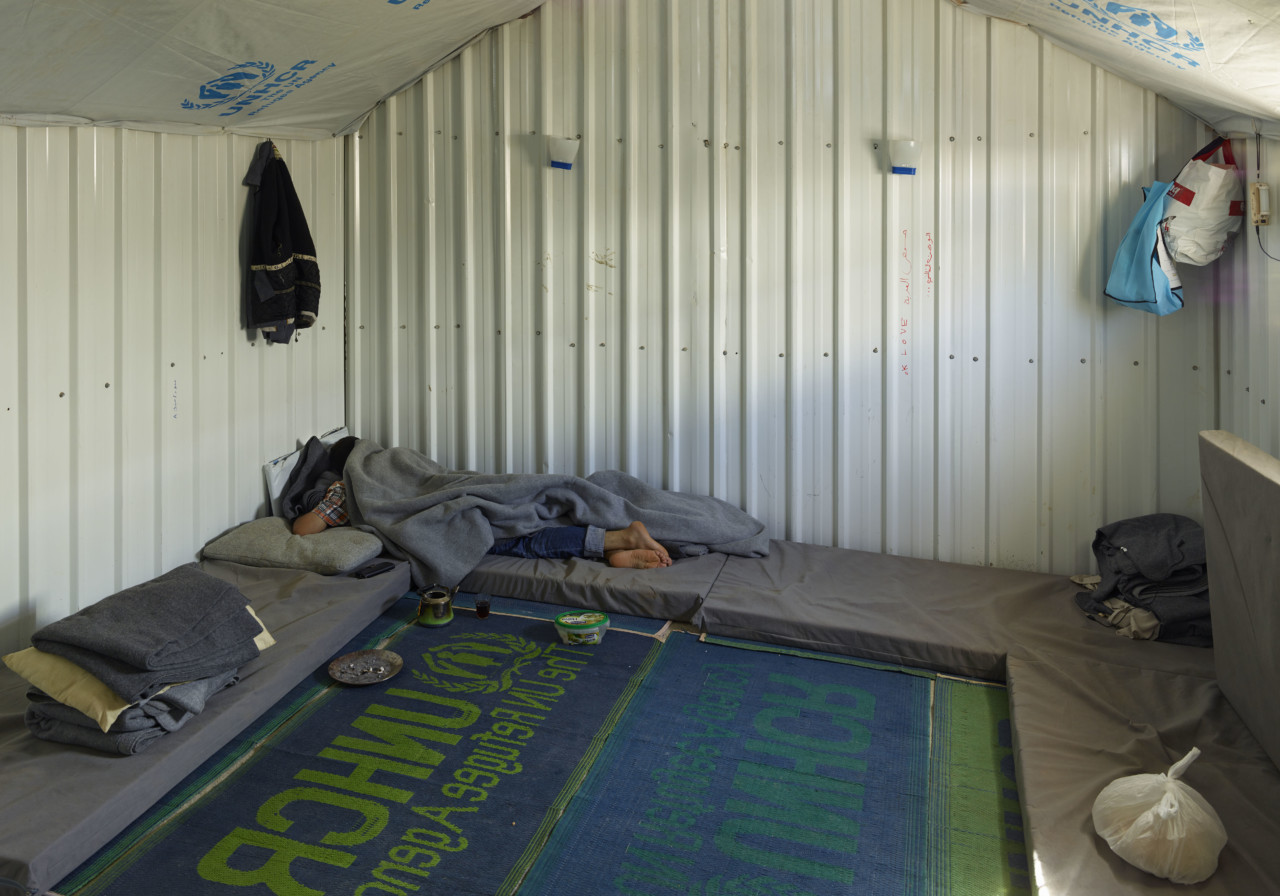 The shelters were built with zinc and steel in attempt to withstand the hot and windy conditions. No cement or concrete was used during the construction as the shelters weren’t intended to be permanent. Most have a dirt-floor space of 27 square metres, but are intended to house up to six people. The interior pictured above is inhabited by four male friends. Each group of six shelters shares a block of public toilets, which are highly unsanitary. 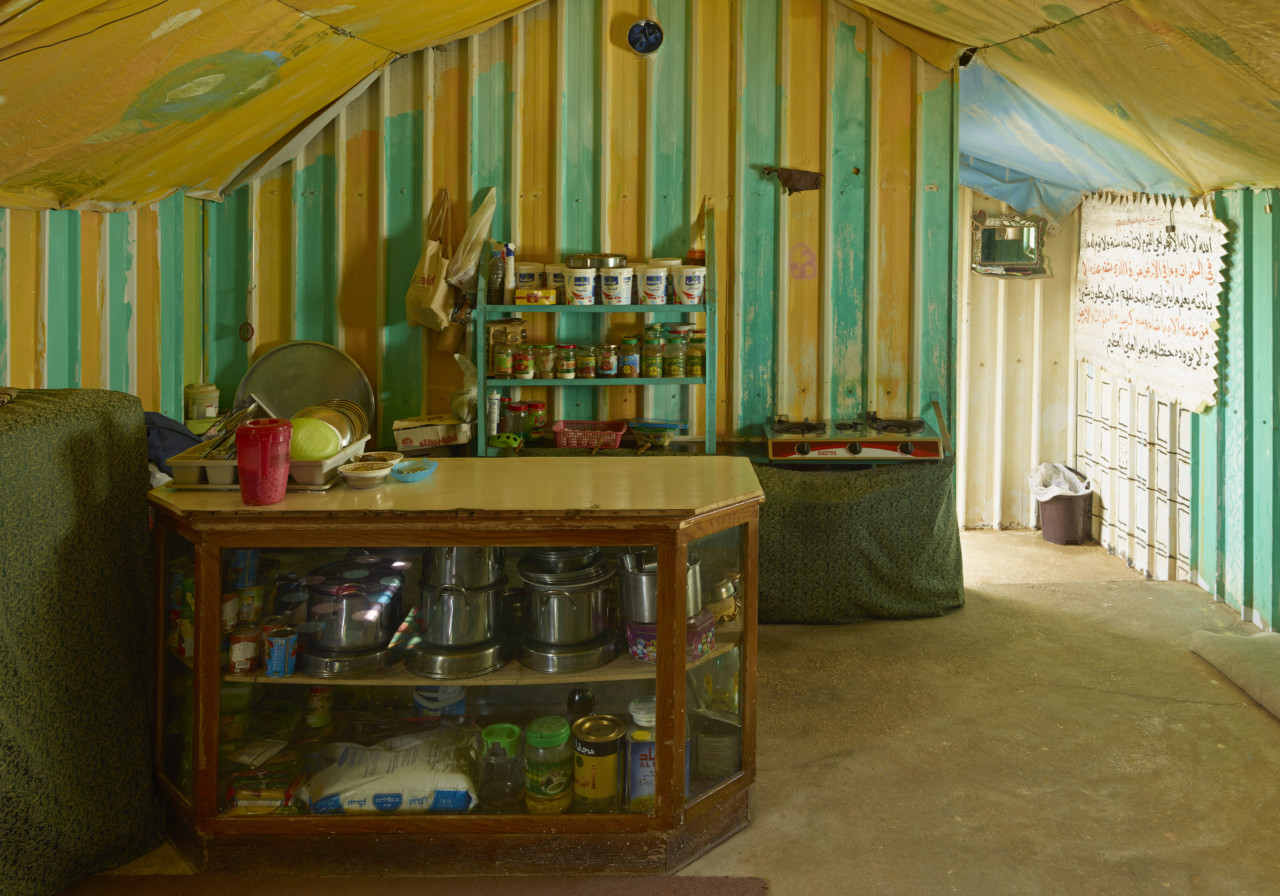 When I visited there was no electricity in the shelters because of the camp’s remote location. Residents had to use solar power lanterns and struggled to keep their mobile phones charged, which made it difficult to stay in contact with family members outside the camp.

The consequences for leaving the camp without official authorisation remain severe. The Jordanian Government instructed UNHCR to stop providing asylum seeker certificates to refugees who had left the camp without authorisation as without these documents they would be unable to access free public services like healthcare and education, or receive food vouchers from the World Food Programme. If caught, the authorities could also evict these refugees from temporary residences or worse, return them to Syria. Despite this, more than half the refugees who had entered the camp had already left, with the majority settling illegally in Jordanian towns and cities.

Refugees are given vouchers by the World Food Programme to spend at the only supermarket. Prices here were significantly higher than in Zaatari, with it’s thriving competition. Mark Power The wedding dress of a 52-year old bride in the hut she shares with her 57-year old husband. They were married in the camp three days before. Azraq Syrian Refugee Camp. Jordan. October 22, 2015. © Mark Power | Magnum Photos 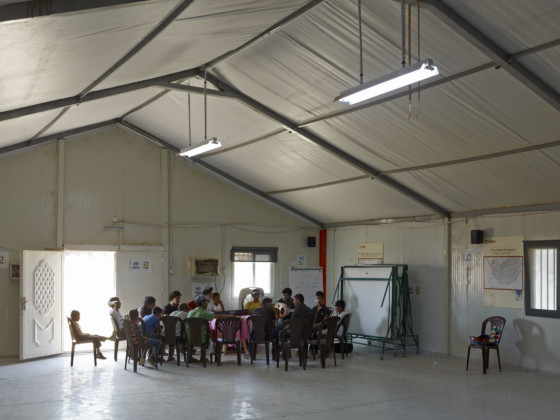