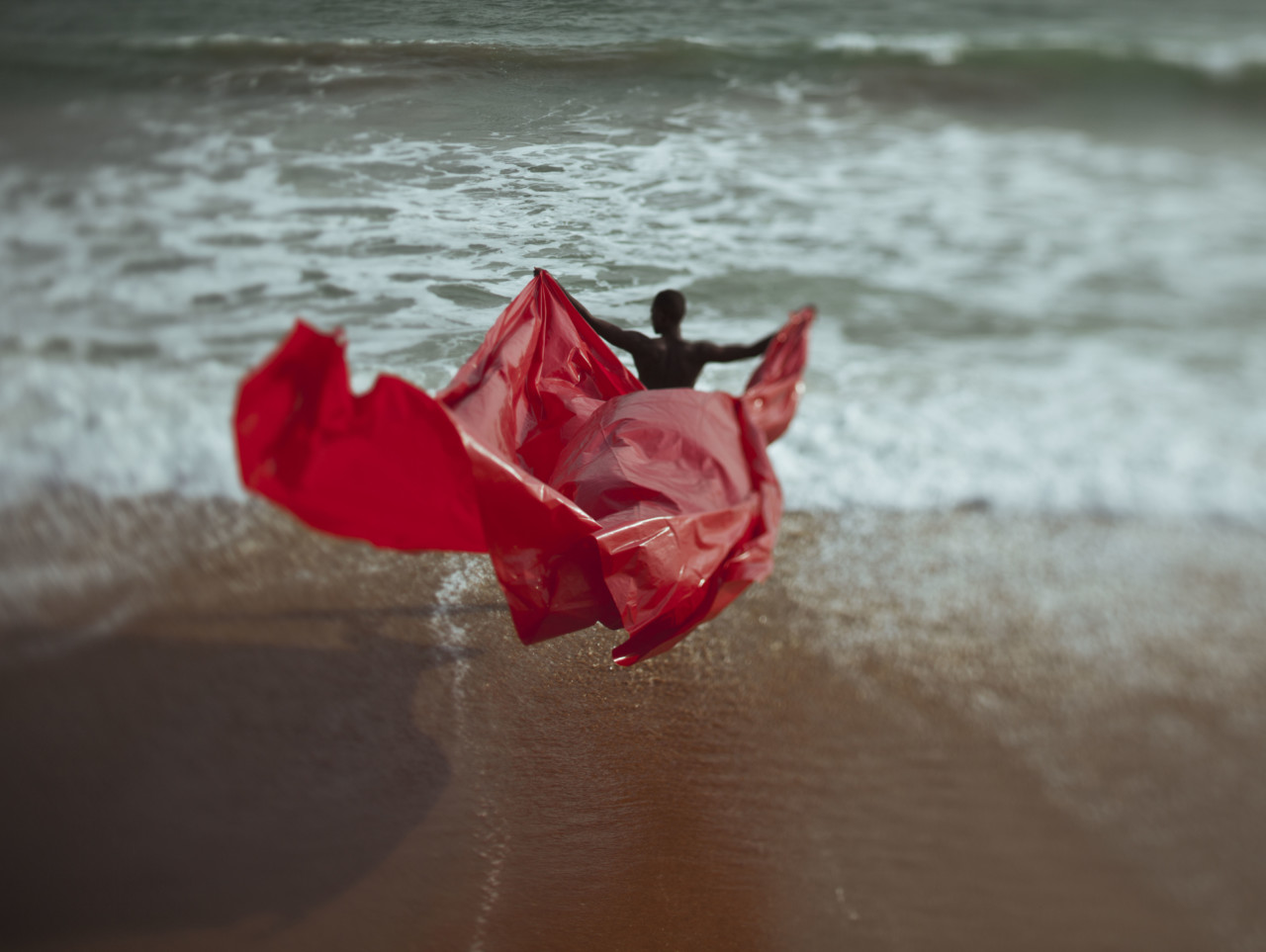 Part of the wider Africamericanos project which explores African descent in Latin America – and goes on show in Mexico later this year – Cristina de Middel and Bruno Morais’ book, Midnight at the Crossroads, delves into the symbolism of the spiritual force of Èsù and its representation.

Read more about the book below, and learn more about this and other Africamericanos works, here. The second edition of Midnight at the Crossroads, is now available for pre-order here.

Èsù is a presence, referenced frequently in African spirituality, which fulfills the role of divine messenger, a force or power that acts as a translator between the language of humans and that of deities. Harnessing the symbolism of Èsù, which is said to control life’s movement, Cristina de Middel and her husband and collaborator, the artist Bruno Morais, explored the roots and representation of African spirituality through four strategic shores: Benin, Cuba, Brazil, and Haiti. 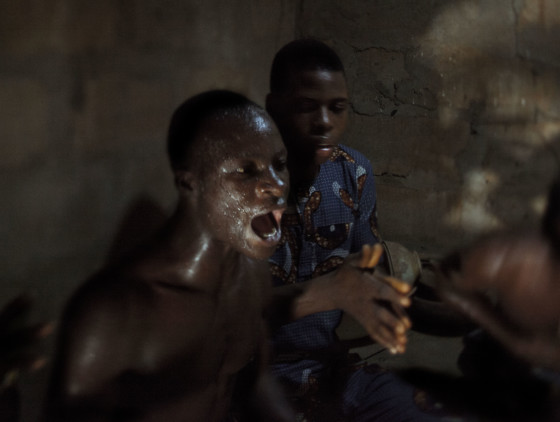 Cristina de Middel A Vodun ceremony to summon the Egungun, spirits of the ancestors. Ouidah, Benin. 2016. From the series "Mindnight at the Crossroads". (Collaboration with Bruno Morais) © Cristina de Middel | Magnum Photos 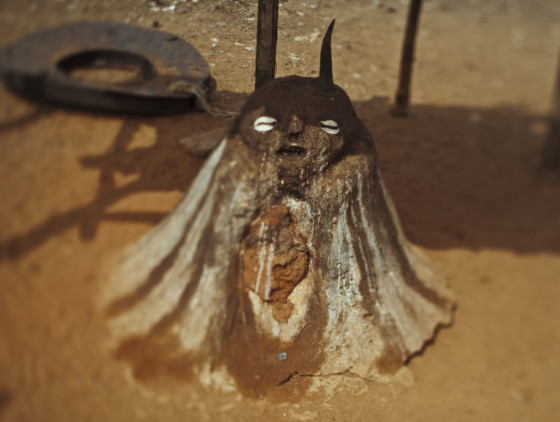 Middel’s practice consciously aims to challenge clichés; her Gentleman’s Cub work seeks to redress the balance of the depiction of women in sex work in visual culture by focusing on male clients. “If an alien came to earth and googled ‘prostitute’, they would think it is about women, wearing underwear alone in dirty rooms,” says Middel, of the typical way sex work is visually represented in the media. Midnight at the Crossroads seeks to fill in similar gaps in the photographic lexicon with regards to the way African spiritual culture is represented. Middel and Morais have developed a project that reads like a film narrative rather than traditional documentary, that seeks to follow the spirit of Èsù, and in doing so create photography that reimagines the way African-rooted religions are generally represented. Here, Middel discusses the project and how it fits into her practice. Cristina de Middel The Egungun are the spirits of the ancestors. They come back to the living world after a night long ceremony and wonder the streets giving advice to those who dare getting close to them. Ouidah, Be (...)
nin. 2016. From the series "Mindnight at the Crossroads". (Collaboration with Bruno Morais) © Cristina de Middel | Magnum Photos

Why did you feel that this story had to be told?

I think the Western understanding of African-rooted religions is reduced to a couple of clichés that came from Hollywood and were presented by missionaries in the beginning. On one side African-rooted religions are profoundly linked to nature and environment and understand the forces of nature as deities, which makes them much more respectful compared to Semitic religions, where humans seem to operate at a superior level than the rest of living creatures. It is also an intangible cultural patrimony that is slowly disappearing as a consequence of the advance of Protestantism in South America, the Caribbean and Africa. On top of that it is the beauty of narratives and the ceremonies that makes it especially interesting for us – Bruno Morais and me. 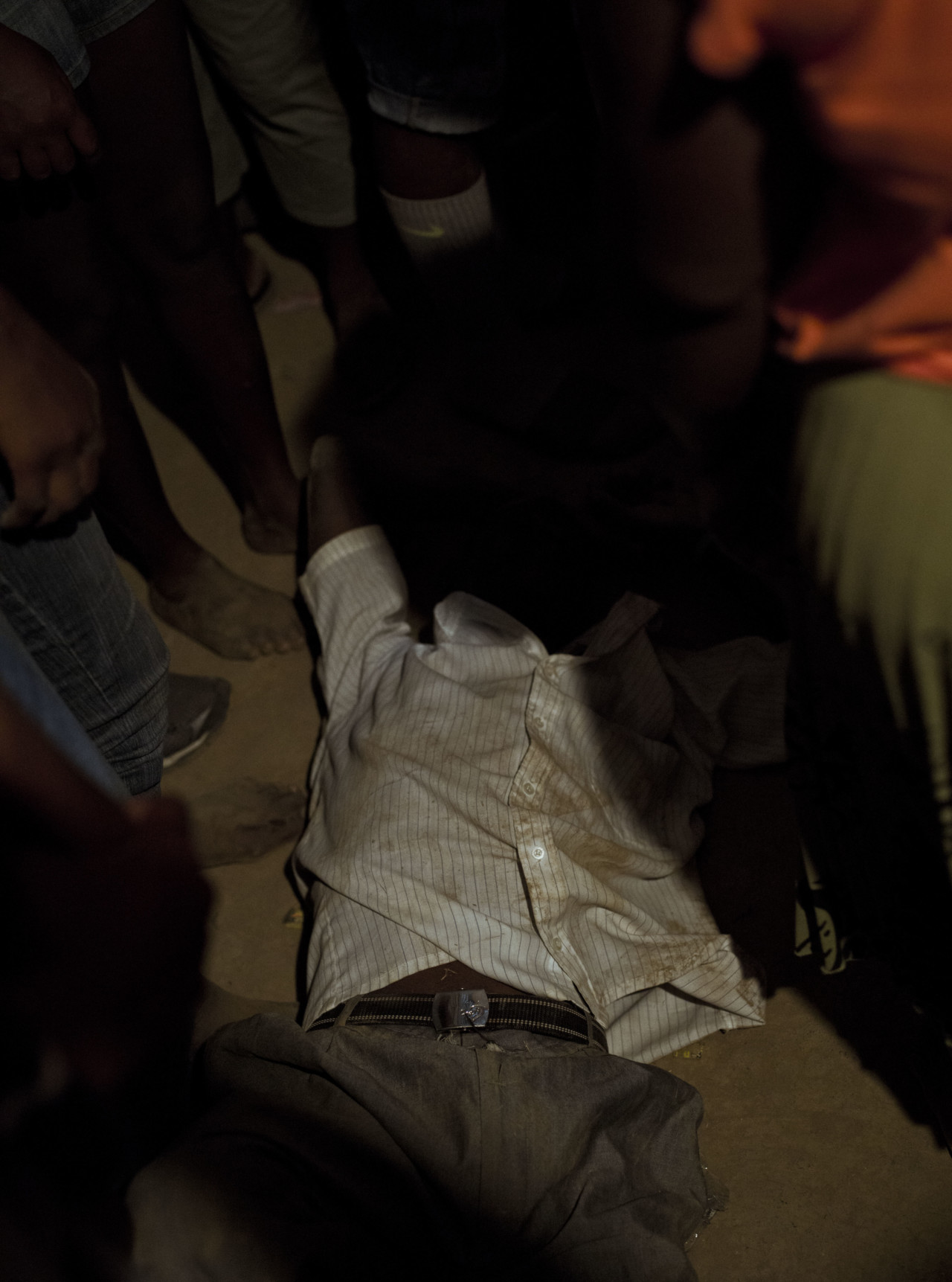 A Voodoo ceremony in a Petro Perystile in the North of Haiti. © Cristina de Middel | Magnum Photos

"I think the Western understanding of African-rooted religions is reduced to a couple of clichés that came from Hollywood and were presented by missionaries in the beginning. " 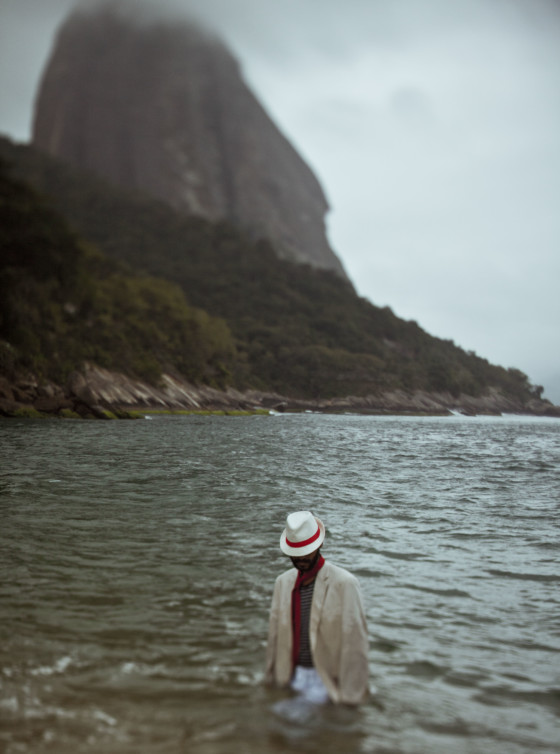 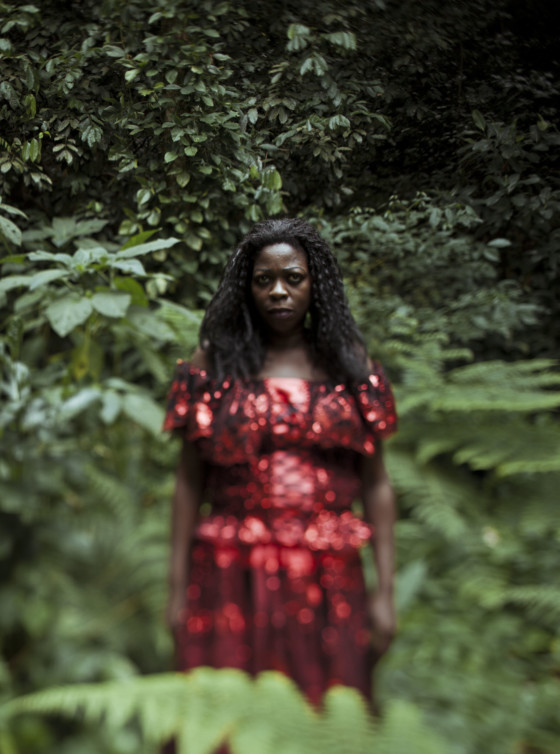 What is the significance of the Èsù?

Èsù is the force of chaos. He is one of the main deities in West African religions and he is in charge of the communication between humans and the rest of the gods (Orishas). He is also the lord of the crossroads and will put obstacles in your way to make you question your certainties and take control of your life. He is a quite enigmatic deity and has many different facets which makes him very difficult to define in a simple way. However, you can find this spirit along the slave trade route taking different shapes and qualities that respond to the specific needs of the new territory. 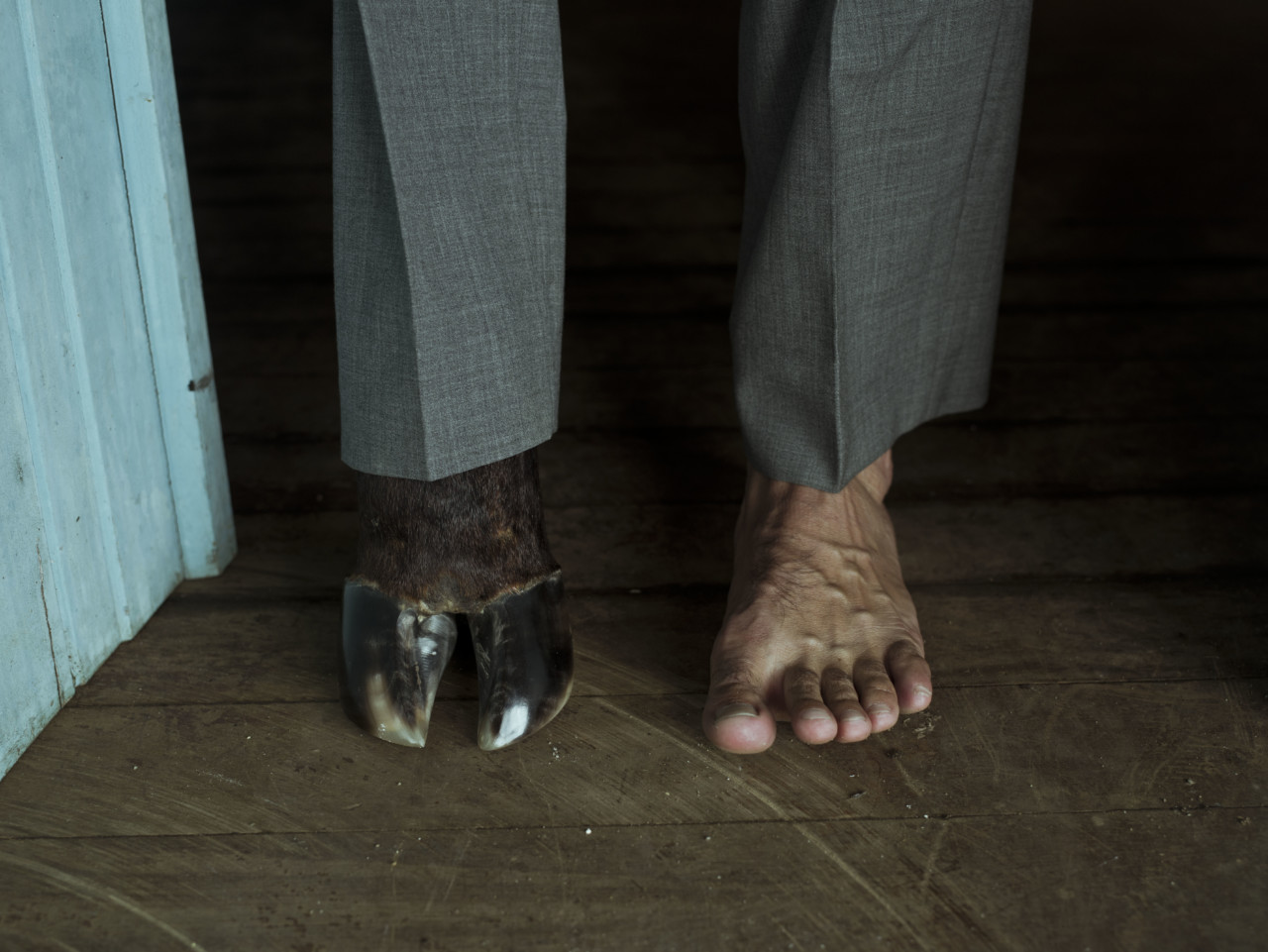 How do you explore his existence and his role in the work?

We decided to mix straight documentary of the different ceremonies in Benin, Cuba, Brazil and Haiti, and combine the result with visual illustrations of the myths and legends that make him more accessible to everyone. We also took a specific route, where his transformation is more lineal. For instance, in Benin he has no human form, he is a totem. Then in Cuba he is represented as a child that plays tricks on you to confuse you. When he arrives in Brazil he is a seductive bohemian man and only in Haiti does he become an old and wise man. 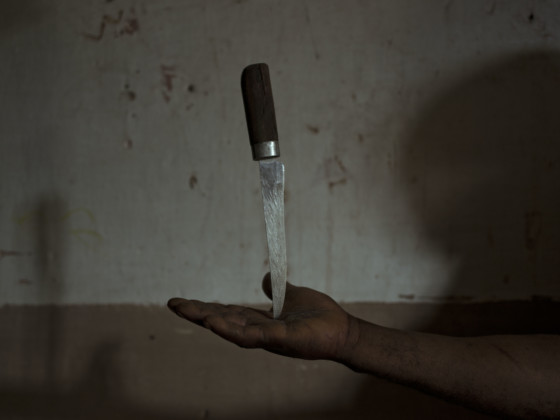 Cristina de Middel One of the most famous legends of Esù explains why we all have lines in our hands. Matanzas, Cuba. 2015. From the series "Midnight at the Crossroads". (Collaboration with Bruno Morais) © Cristina de Middel | Magnum Photos 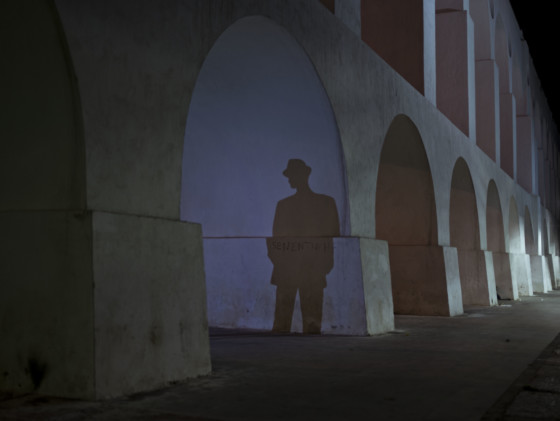 Cristina de Middel Exu is many times understood as a devil or a joker with playful and annoying interventions. In Brazil, his characterization with a young bohemian man has become a symbol of the city of Rio de Janei (...)
ro. Rio de Janeiro, Brazil. 2016. From the series "Midnight at the Crossroads". (Collaboration with Bruno Morais.) © Cristina de Middel | Magnum Photos

"It is really a shame that popular culture reduces Voodoo to zombies and human sacrifice." You have spoken about how you are attempting to fill in gaps, or to explain things to yourself that you don’t think have been properly explained. What gap or lack of explanation does this project seek to address?

African-rooted religions suffered from the simplification and demonization that missionaries and colonialists imposed. We are still suffering from that and actually missing an incredibly rich source of spirituality and inspiration. It is really a shame that popular culture reduces Voodoo to zombies and human sacrifice. It is really much more complex than that and it is a beautiful complexity from which I believe we could all learn. 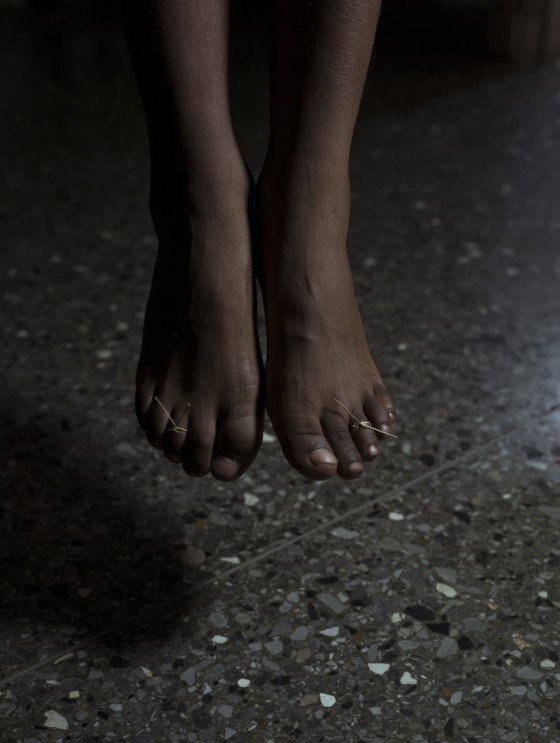 Cristina de Middel Tying strands of palm oil on your toes and pulling your feet off the floor at 12am will keep the bad luck away. Havana, Cuba. 2018. From the series "Midnight at the Crossroads". (Collaboration with (...)
Bruno Morais) © Cristina de Middel | Magnum Photos 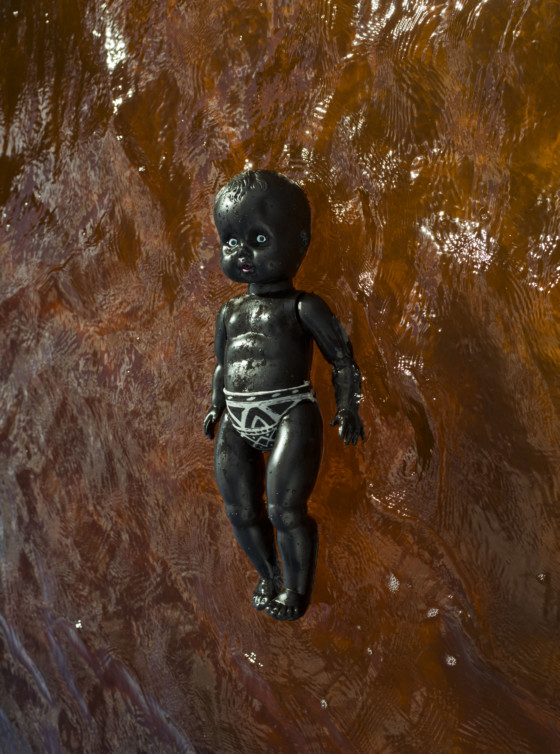 You have spoken about how beauty was an important element of this project–why is it so important and how did you go about creating it in the work?

One of the main goals we had was providing beautiful images that could help i building this magical understanding of the religion. We avoided situations and circumstances that could somehow feed the primitive cliché and focused on the beauty of the narrative and the magic of the link that is created between the Orishas and their congregation. There are also many questions that arise which are very relevant in modern Western societies, like the psychology of faith, the embracing of science as the unique provider of answers to impossible questions, etcetera. African-rooted religions and Ifá specifically present a cosmogony that could eventually be of good use in confronting our “modern psychological diseases”. 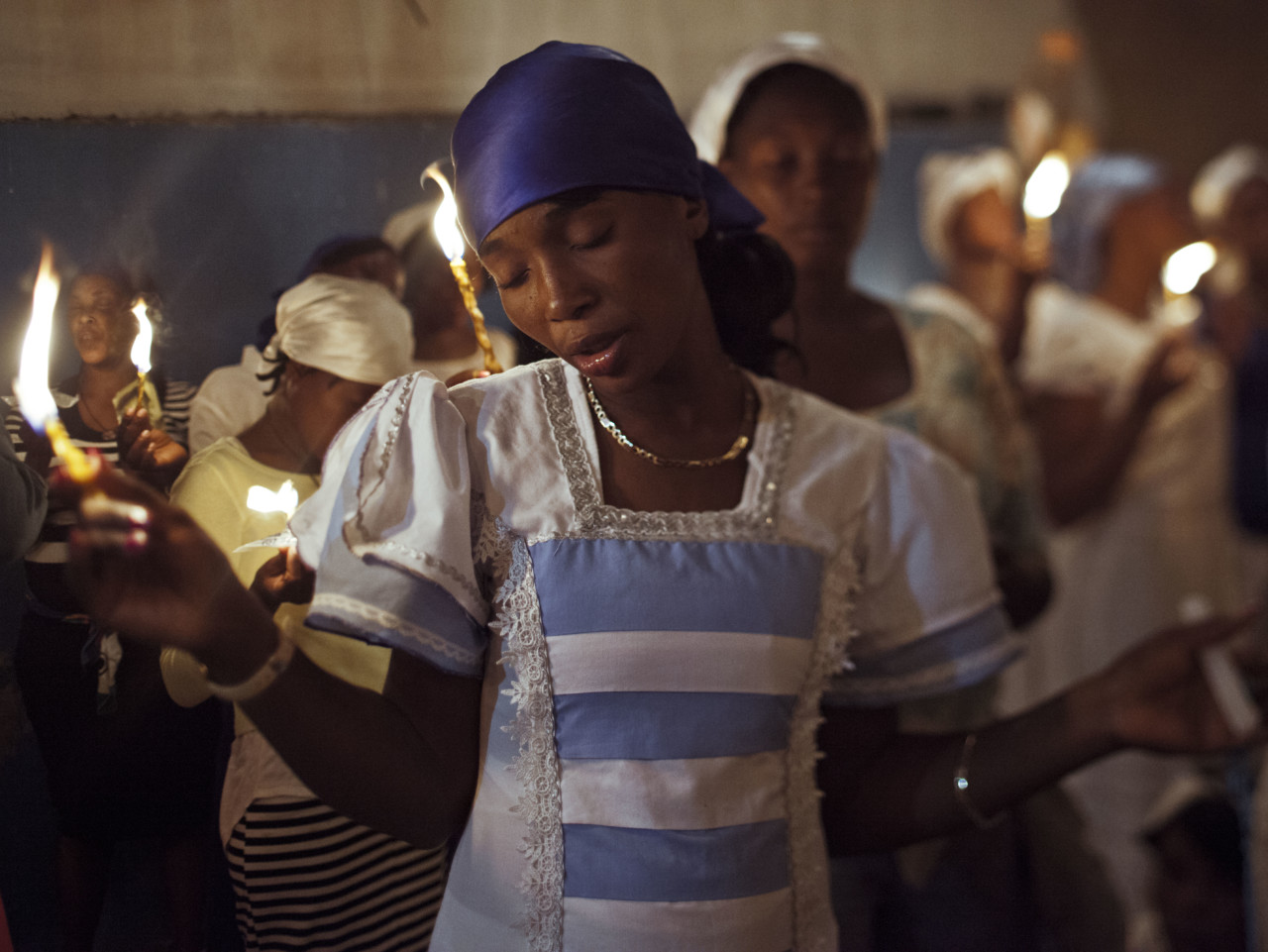 How does the collaborative process between yourself and Bruno work?

Bruno and I basically do the research together, we produce together and shoot together. It is quite an easy and communicative process that has been delightful. We both shoot at the same time and then edit together forgetting about who shot what…we just focus on the story we want to tell and use the images we´ve generated as words in our sentences.

You are constantly travelling. How much does this aspect of your lifestyle influence your choices in following a story over long distances, often spanning several countries?

I think travelling is fundamental in my practice. I love being confronted by situations I do not understand, because that triggers my creative process. Sometimes the country is an excuse to take photographs and sometimes photography is an excuse to visit a country. It works in both ways. I always travelled a lot and love this ‘explorer´s’ mode but I do not need to travel very far away. I can totally reproduce that in my neighborhood, so it is more an attitude and a strategy. Also, I am not a huge fan of borders and customs and my stories try to ignore the political geography and focus on the cultural one. 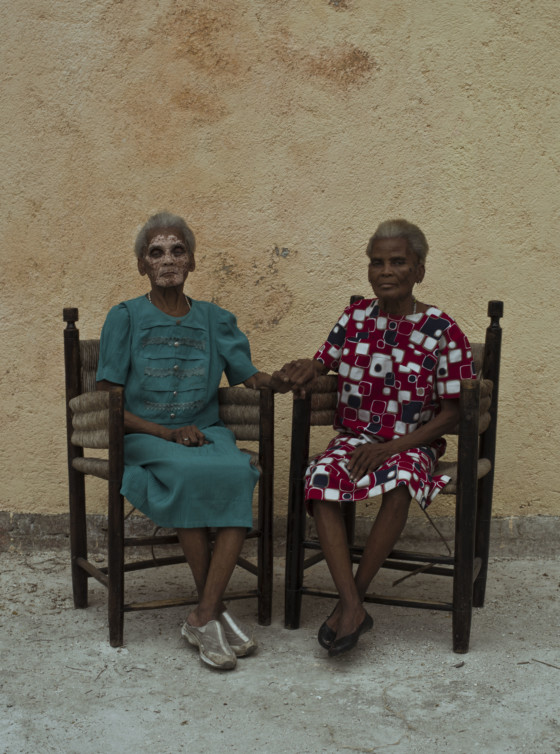 Cristina de Middel Twins in Haiti are called Marassa and are also considered as specially blessed and providers of good luck. Jacmel, Haiti. 2018. From the series "Midnight at the Crossroads". (Collaboration with Bru (...)
no Morais) © Cristina de Middel | Magnum Photos Cristina de Middel A Voodoo ceremony in the temple of Sainte Anne in Goinaïves. Gonaïves, Haiti. 2018. From the series "Midnight at the Crossroads". (Collaboration with Bruno Morais) © Cristina de Middel | Magnum Photos 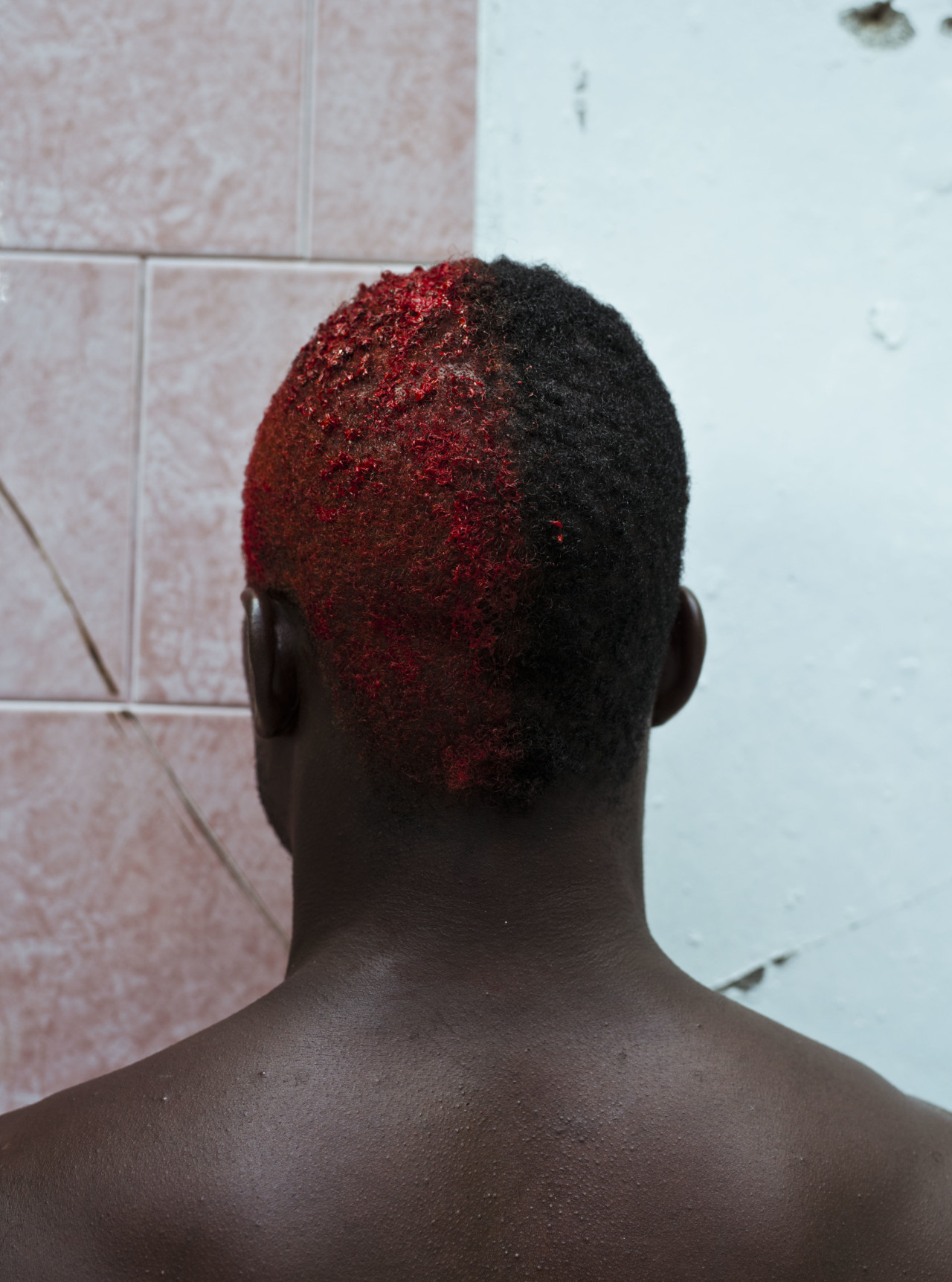 Cristina de Middel One of the most popular legends about Eshu confuses two friends around the color of the hat that eshu is wearing in a tricky way in front of them. Jacmel, Haiti. 2018. From the series "Midnight at (...)
the Crossroads". (Collaboration with Bruno Morais) © Cristina de Middel | Magnum Photos 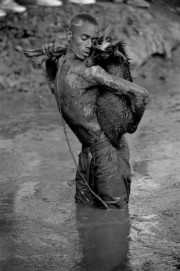