Bieke Depoorter's short film explores isolation, the warping of time, and the power of nature 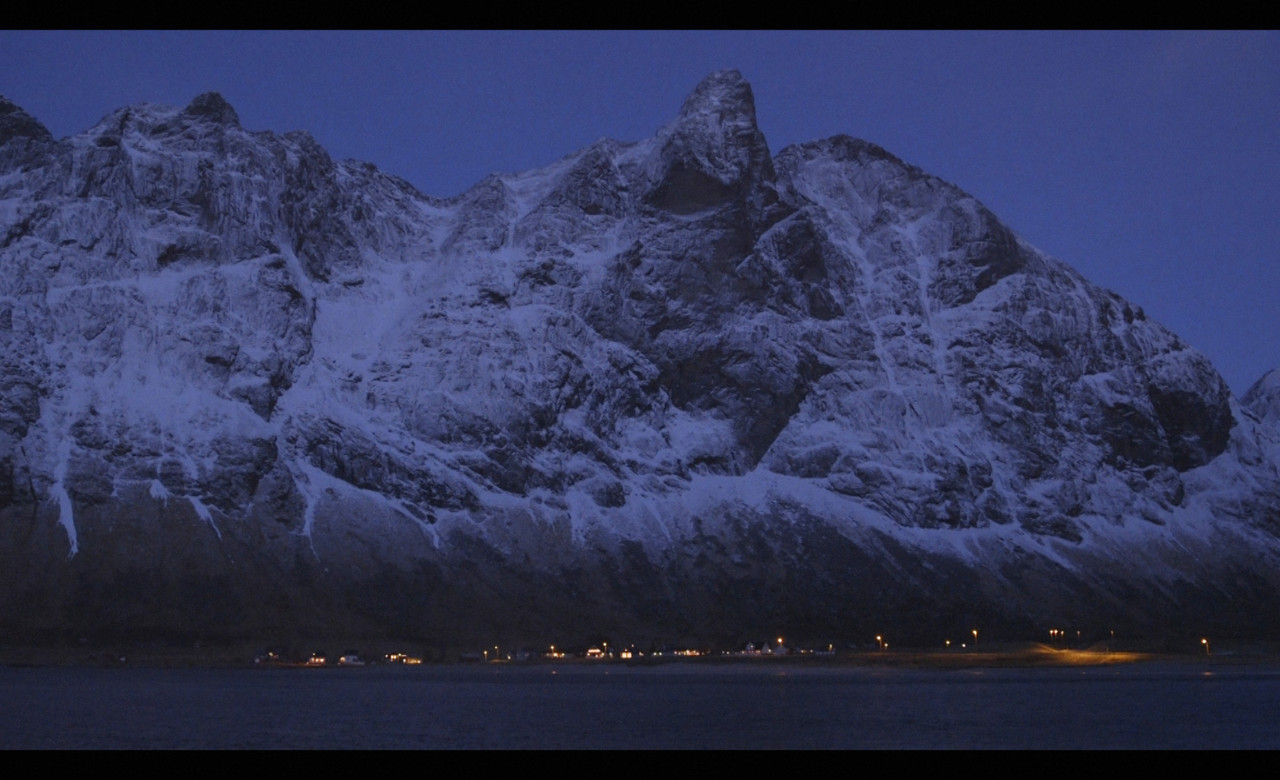 On the outer banks of Northern Norway, well inside the Arctic circle, lies the island of Senja, one of the most scenic natural landscapes in the Vesterålen archipelago. Here, the Norwegian Sea laps against a mountainous coast, through fishing villages dotted along the numerous fjords that may have inspired the island’s name — taken from the Norwegian verb sundra, meaning to “tear” or “split apart.”

The climate, much like the name, is quite extreme and particularly unforgiving during the winter when temperatures average -4 degrees and the sun barely rises above the horizon. This is the land of the northern lights, the mystical auroras that rise over the vast mountains towering over the sea. Taken together, it is an otherworldly place, a landscape swathed in darkness, forever at the mercy of nature. 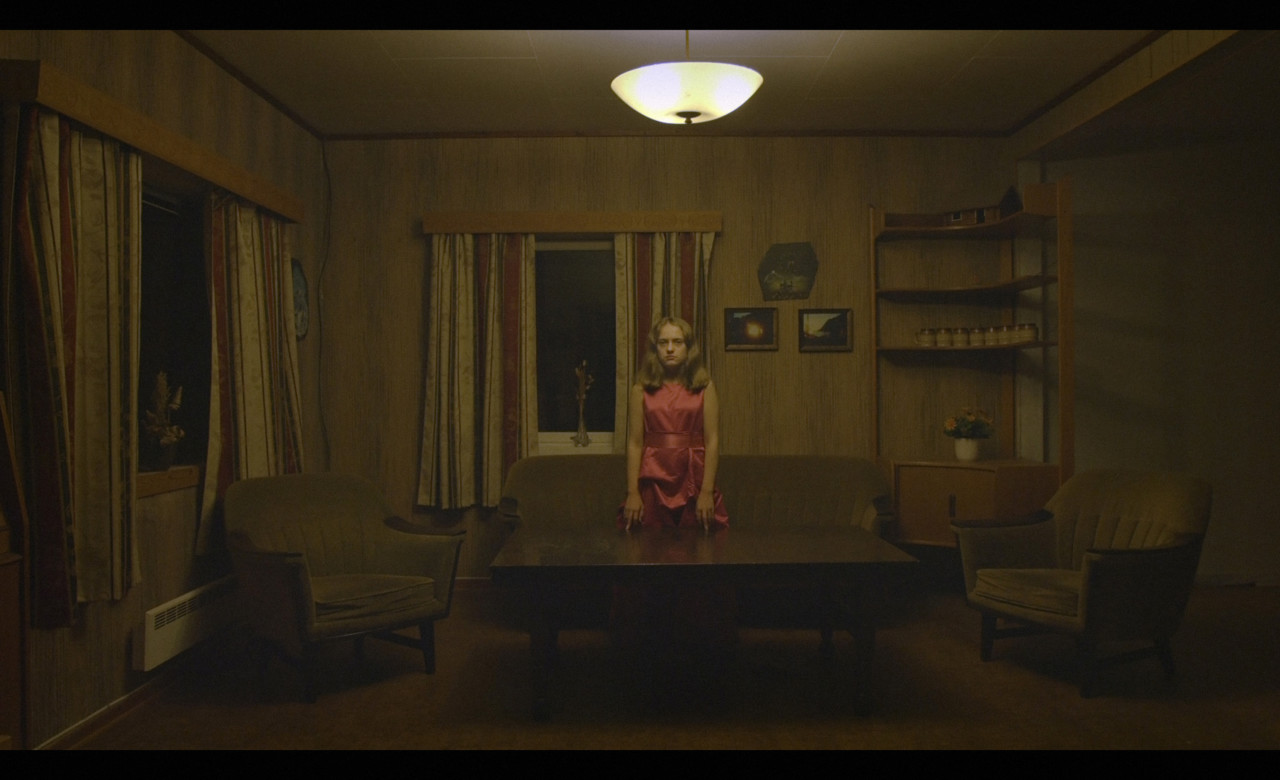 For Bieke Depoorter, Senja was the perfect place to explore the relationship between fantasy and reality in the short film, Dvalemodus. Working with Mattias De Craene over a three-week period during the dead of winter, they cast local inhabitants in a series of scenes – some partially fictionalized, a few totally constructed1 – which are combined with shots of the natural environment.

Depoorter first arrived in Senja in 2015 to participate in an artist’s residency and felt right at home. She stayed at a fisherman’s house which acts as an artist’s residence called Krakeslottet. The house is built on pilings by the sea, tucked inside a little town by the mountains, which gave her the sensation of being secluded from the rest of the world. But it was the ever-presence of night that spoke to Depoorter’s soul. “The darkness for me is the only moment I am inspired,” she says. “I never take pictures during the day anymore. It is the atmosphere I look for if I am making work.”

Thrown into a darkness that stretched endlessly through time and space, making every day blend seamlessly into the next, Depoorter began to contemplate the feeling of being in limbo, or dvalemodus, the Norwegian for hibernation. Dvalemodus is a term that is also understood in Depoorter’s native Netherlands, stemming from the Dutch word ‘dwalen’, which translates as ‘wandering’ and suggests an in-between realm akin to a computer being put on sleep mode — a state of being that is both on and off at the same time, ready to resume activity when the energy is made available. 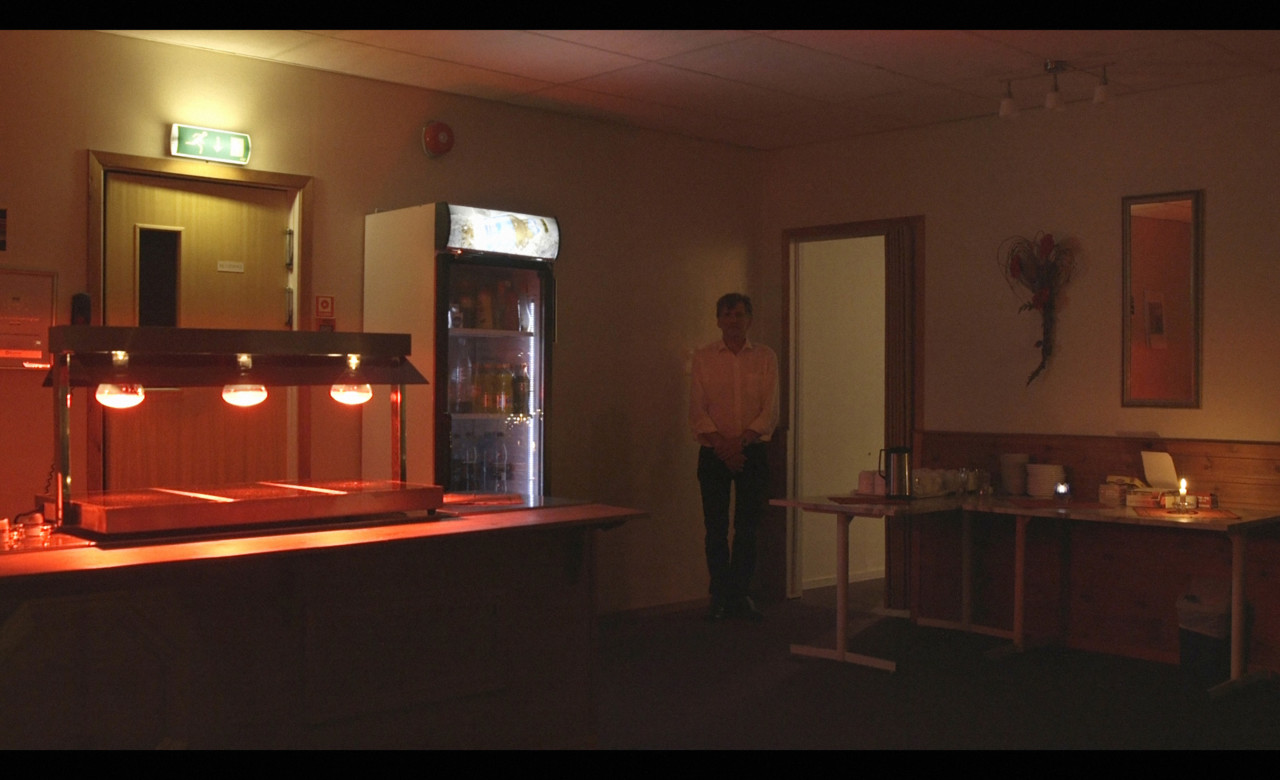 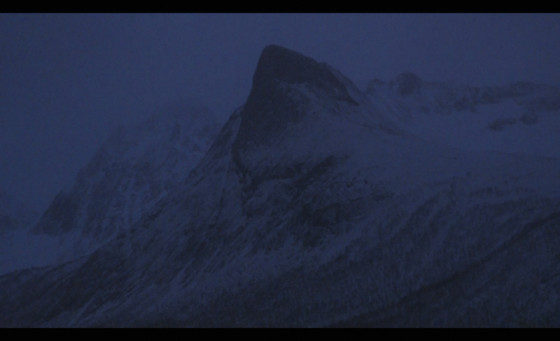 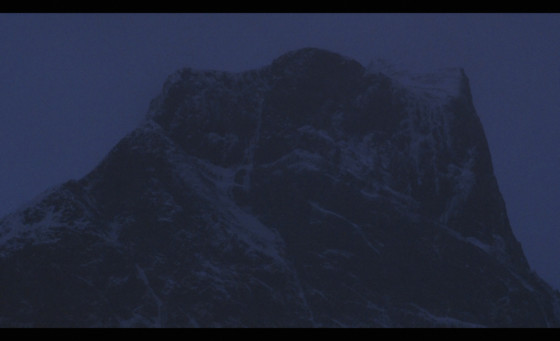 "I started to think about these people, waiting for the light to come back, and I wanted to do something with that waiting, with the time passing by... " 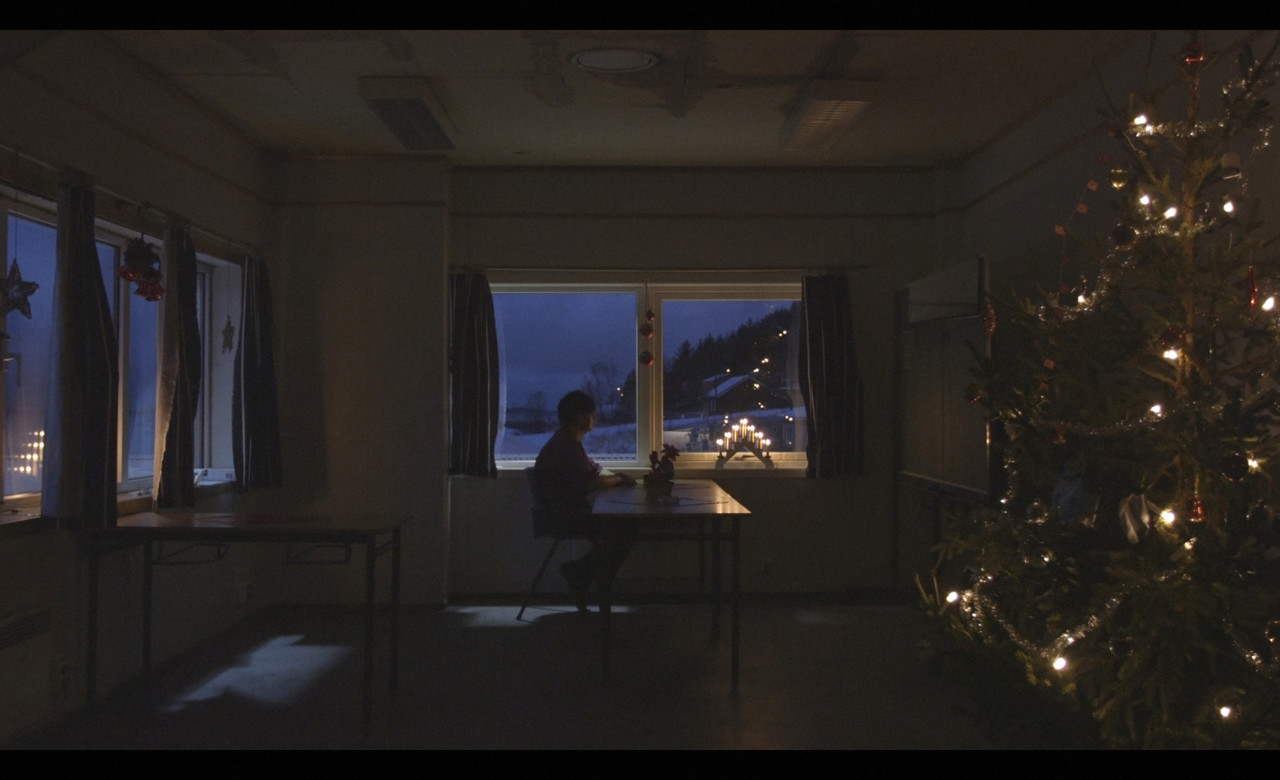 The atmosphere was overwhelming and ever-present to the point that Depoorter’s view of the work she was making started to shift. “I took pictures there for weeks, but I felt like I would never show them. I started to think about these people, waiting for the light to come back, and I wanted to do something with that waiting, with the time passing by… I wanted to experiment with time and how it worked in this particular place. So, the medium of video became more interesting to me. Eventually, I decided I should do something with film,” she says. “I had this idea in mind: people in this little town were waiting for the light to come back. We always said the film was fiction, but we were using the real environment to tell our story. None of those in the film are professional actors, and some are filmed in their own homes or workplaces.” By casting local people to act within familiar environments in loosely constructed scenes, a sense of the uncanny unfolds. The line between reality and fantasy becomes lost in an interminable cloud of darkness.

The result is a wonderfully eerie mélange of images of the people and the land, the harsh unforgiving power of nature and the surreal impact it exerts. Time moves like a glacier, slowly passing by in silence punctuated by the intermittent sound of rain and wind, and the occasional moment of human intervention, be it the hum of a television or the singing of a young girl.

Rather than document what she witnessed, Depoorter reimagines life as a series of curious, lonely encounters that are at once taut with tension yet remarkably peaceful. “It’s not really a story,” she says. “We felt like nature had so much power over the people. People try  to control the mountains. We even try to break them down through mining, but you still have these huge mountains and this lasting darkness. It’s a very lonely idea.” "We wish to believe that reality is organized around humanity, rather than the other way around, but Dvalemodus teaches us that nature conquers all" 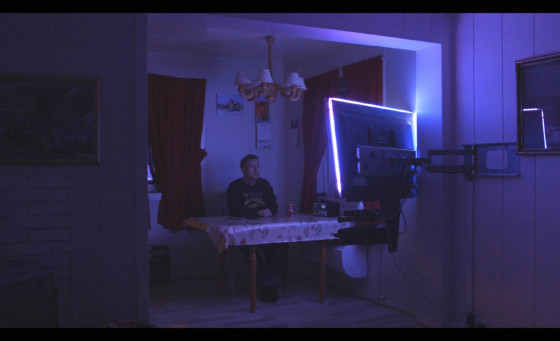 Further underscoring this sense of isolation, almost as though one is the last person on earth, are the subjects themselves. Each person appears in their own clothes and then performs a seemingly mundane task like watching television or sitting alone in the darkness that fills the air. The ambiance is compelling, frightening, mind numbing, creepy, and calm — whipping up a cocktail of emotions that are at seeming odds, making us yearn for a release from the overwhelming dark.

If Dvalemodus has a story to tell, it is the way that atmosphere shapes mood and forces us to conform, or exert our will like Sisyphus. The absence of a plot serves to provoke our desire for action, conflict and resolution — something, anything. It triggers a perverse sense of hope that is never met, yet in spite of repeated disappointment we are unable to refrain from hoping – every time a new figure comes into focus – that this time, something will occur. We wish to believe that reality is organized around humanity, rather than the other way around, but Dvalemodus teaches us that nature conquers all.

The paradox reflects the sensations Depoorter feels when working at night. “I am quite scared in the dark, although I am attracted to it,” she says. While in Senja, this feeling was taken to new levels. “When I first arrived, I was alone at the house. There was a cemetery I wanted to photograph a few miles away and I decided to hike there, take pictures and go back. Normally I would never ever dare to do that, but I was not scared at all. In the middle of all this rough nature, it was very peaceful.” 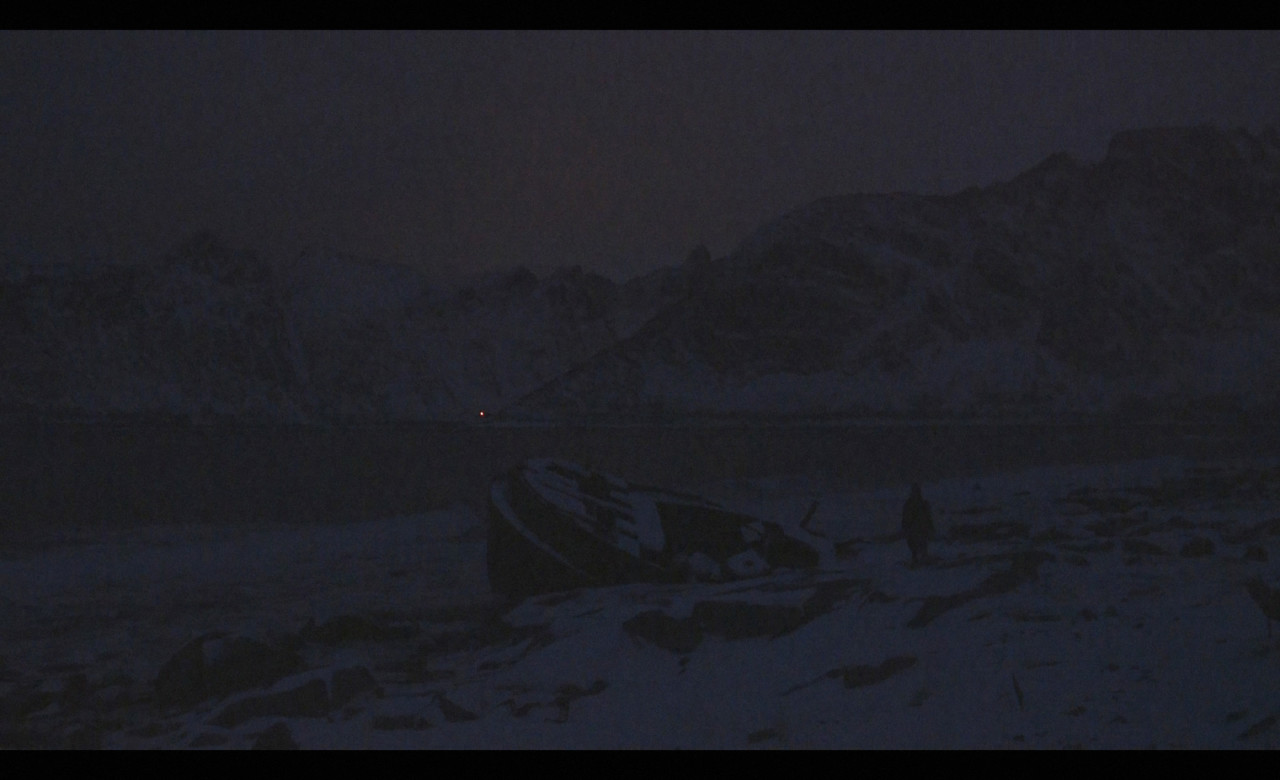 This sense of peace is a recurring motif throughout the film — a sense of restoration, a return, a space in which we can recuse ourselves from the perils of nature. In the darkness, time warps into an interminable realm, brilliantly evoked by Depoorter and De Craene in their nine-minute film. “Time was unlimited in a way,” she says. “There’s only little time – one hour – to film outdoors, then it is too dark. When there is no light anymore, you feel like you have 23 hours to recharge, to think, or to write.”

Or, to travel to the few places in town where people meet. “We found one little shop in town and there was one bar that was open once every two weeks,” Depoorter says of the way they cast the film. Other subjects, like the little girl whose singing punctuates the film, were scouted during Depoorter’s previous visit. “We saw her the summer before when I had an exhibition and we were so intrigued because she looks like an adult and a child at the same time,” Depoorter says. "The absence of a plot serves to provoke our desire for action, conflict and resolution — something, anything...
" 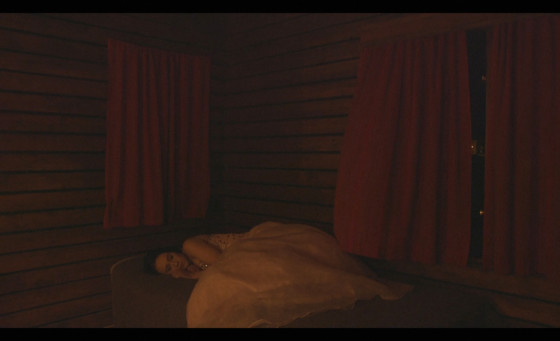 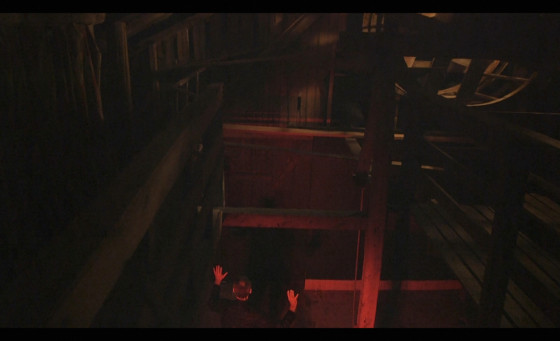 “There’s one little hotel in the town and we were fascinated by it. We went there to film something and then suddenly there was an electricity cut, we used that and kept on filming. there was no electricity, so the scenes are better. It’s all about having a fantasy in your mind and seeing the people as actors in your own fantasy, but using their environment.”

Ultimately, it all comes down to trust. “Do they trust me and my direction? I feel like it’s easier to approach people than to photograph the reality. They are not so vulnerable. I tell them, ‘I see you as an actor. I want your roll to be in your own environment. Can you do this?’” Depoorter explains.

This article was updated on 1.21.20 following an objection from Georg Blichfeldt, organiser of the art festival ArtiJuli, submitted on 11.22.19. The objection stated that quotes in the original text suggesting that “all of the actors” in Dvalemodus were “acting their own lives”, “playing themselves”, and that the scenes are mostly “inspired by daily life” while only being “occasionally fictionalised” were misleading. Although it was never her intention to mislead, Bieke Depoorter concedes – as is stated in the revised text above – that certain scenes were fictionalised, and participants were performing for the purposes of the film.

Dvalemodus will be shown as part of Depoorter’s five-project exhibition at NRW Forum, in Dusseldorf. The show will run from November 22, 2019 to February 16, 2020. More infomation can be found on the NRW Forum site, here.