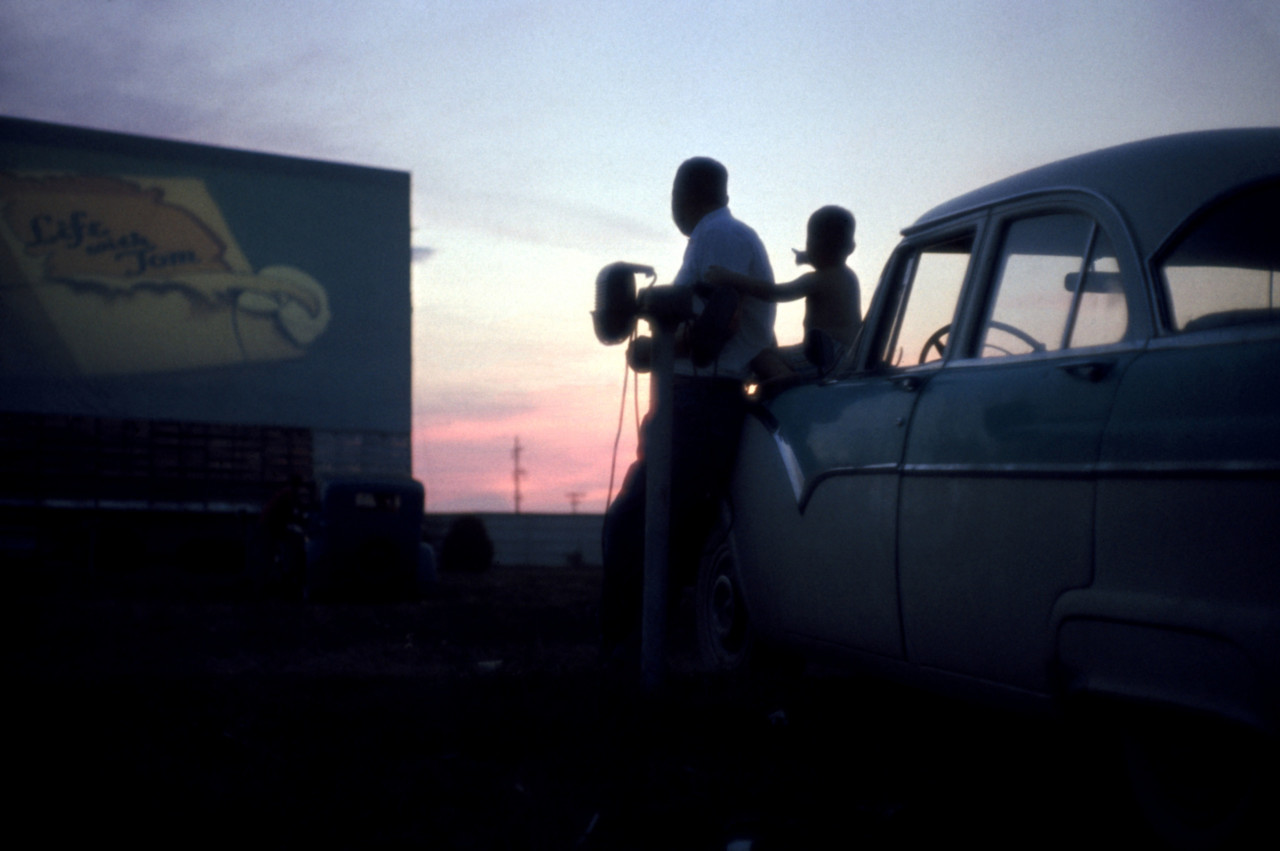 For many individuals, the memory of attending a drive-in movie is woven into their childhood, and a time when watching a movie meant an alternative viewing experience. Offering a spot where couples, friends, and families could congregate to watch movies from the comfort of their cars, the drive-in offered the same community experience as a movie theater but with the intimacy of being in your own, semi-private bubble. Although they have greatly decreased in number over time—numbering around 330 in the United States in 2017, down from a peak of 4,000 in the 1950s—today, as social distancing restrictions have prevented social gatherings and closed cinemas, restaurants, and bars, drive-in movies are experiencing something of a resurgence. Unused spaces such as sports fields have increasingly been repurposed as temporary theaters: a small slice of reassuring nostalgia in an uncertain world.

Although the first drive-ins can be traced to the beginning of the 20th century, it was not until the mid-1940s when their popularity surged due to the era’s baby boom and rise of car ownership, which made them a popular family attraction. 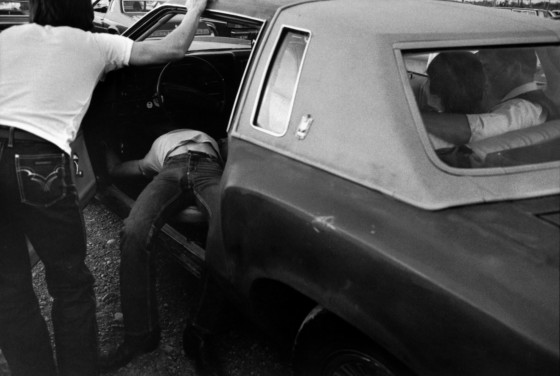 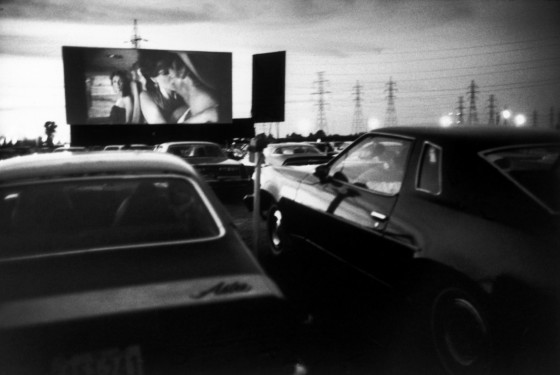 In Wayne Miller‘s photograph, a teenage boy and his younger brother and sister sit on the hood of a car. It is something that most people who grew up watching movies at the drive-in can relate to, even the Academy-Award-winning actor Brad Pitt, who once reminisced how his passion for the movies was started by his summer family activity. “I grew up in Oklahoma and Missouri, and I just loved film. My folks would take us to the drive-in on summer nights, and we’d sit on the hood of the car.” He paints a similar picture to the one of the children in Miller’s photograph: it’s not yet nighttime, the movie hasn’t started to play, but they appear engrossed, their snacks in hand, watching the pre-show unfold before them. In another of Miller’s photographs, the pink-blush sunset profiles a father leaning against the car while his three-year-old son, perched on the bonnet, excitedly points to the screen. It’s an authentic glimpse of a child’s joy.

Miller excelled at capturing these small moments. In 2001 the critic Margo Jefferson described Miller’s work as “intimate but never presumptuous,” adding, “each black-and-white image retains its mystery. You realize there is more to know about this community than a camera’s eye — or ours — can find. It is part of his gift that he knows this, too.” 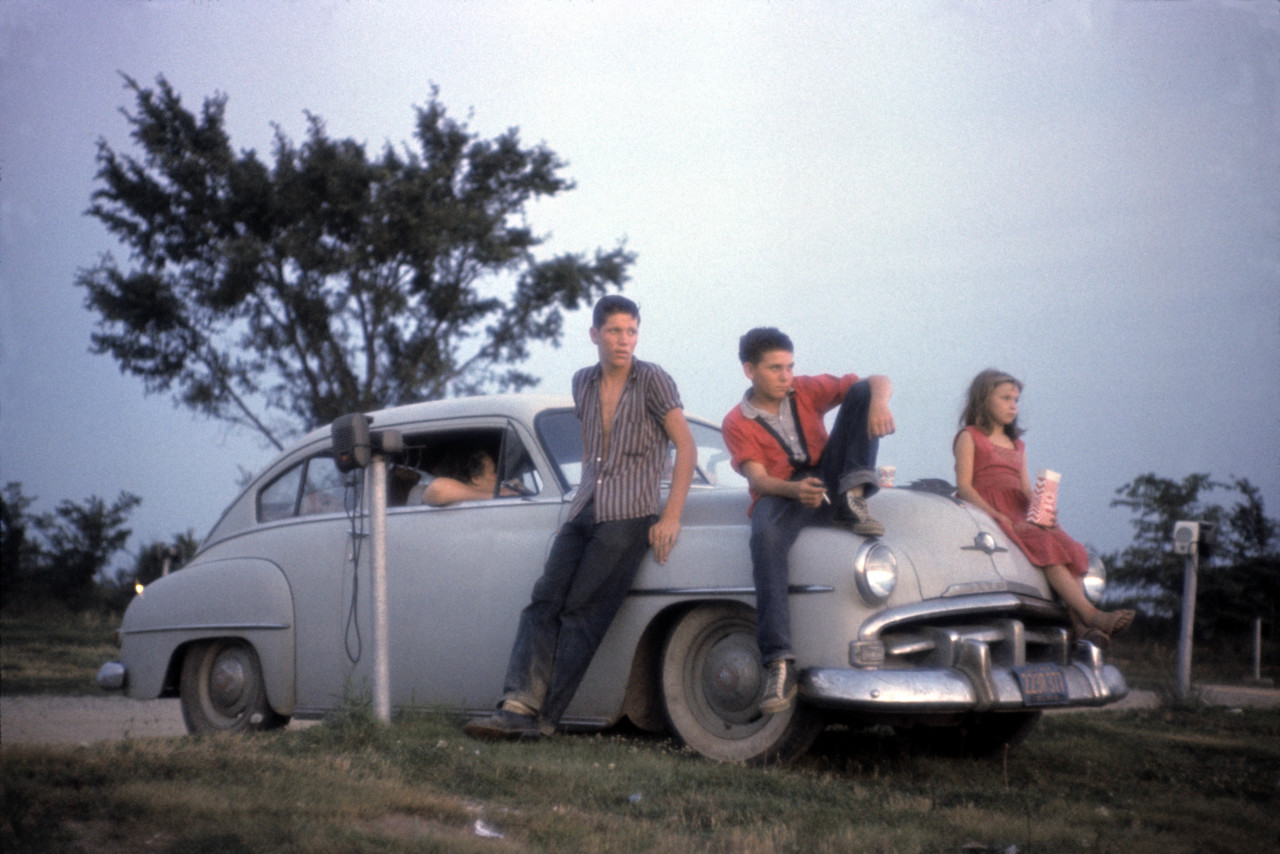 "...it's not yet nighttime, the movie hasn't started to play, but they appear engrossed, their snacks in hand, watching the pre-show unfold before them." 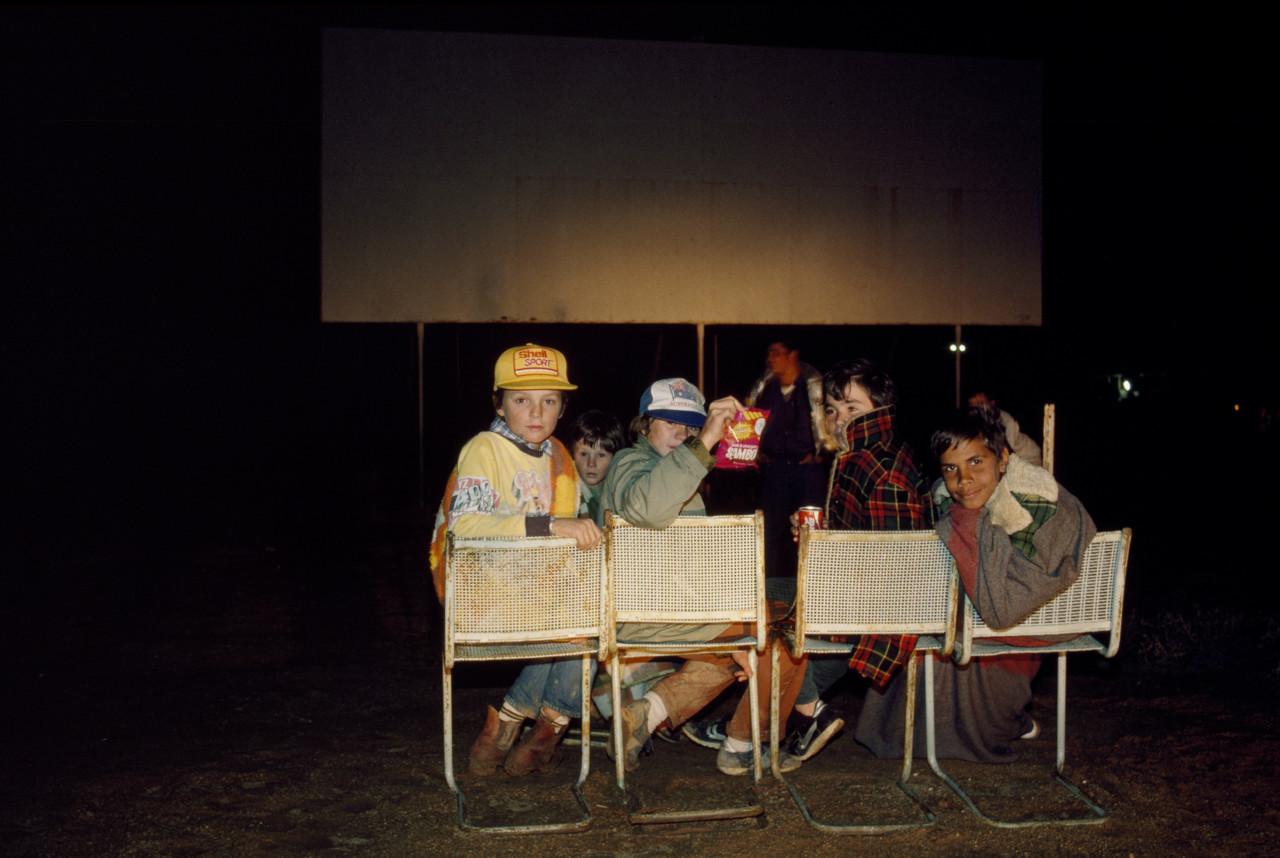 Peter Marlow The Dingo Fence is a pest-exclusion fence that was built in Australia during the 1880s and finished in 1885, to keep dingoes out of the relatively fertile south-east part of the continent (where th (...)
ey had largely been exterminated) and protect the sheep flocks of southern Queensland. At 5353 miles long it is one of the longest structures in the world. The drive-in movie theatre in Tibooburra has a film on every two weeks. Australia. 1984. © Peter Marlow | Magnum Photos

"Although the first drive-ins can be traced to the beginning of the 20th century, it was not until the mid-1940s when their popularity surged due to the era’s baby boom and rise of car ownership, which made them a popular family attraction." 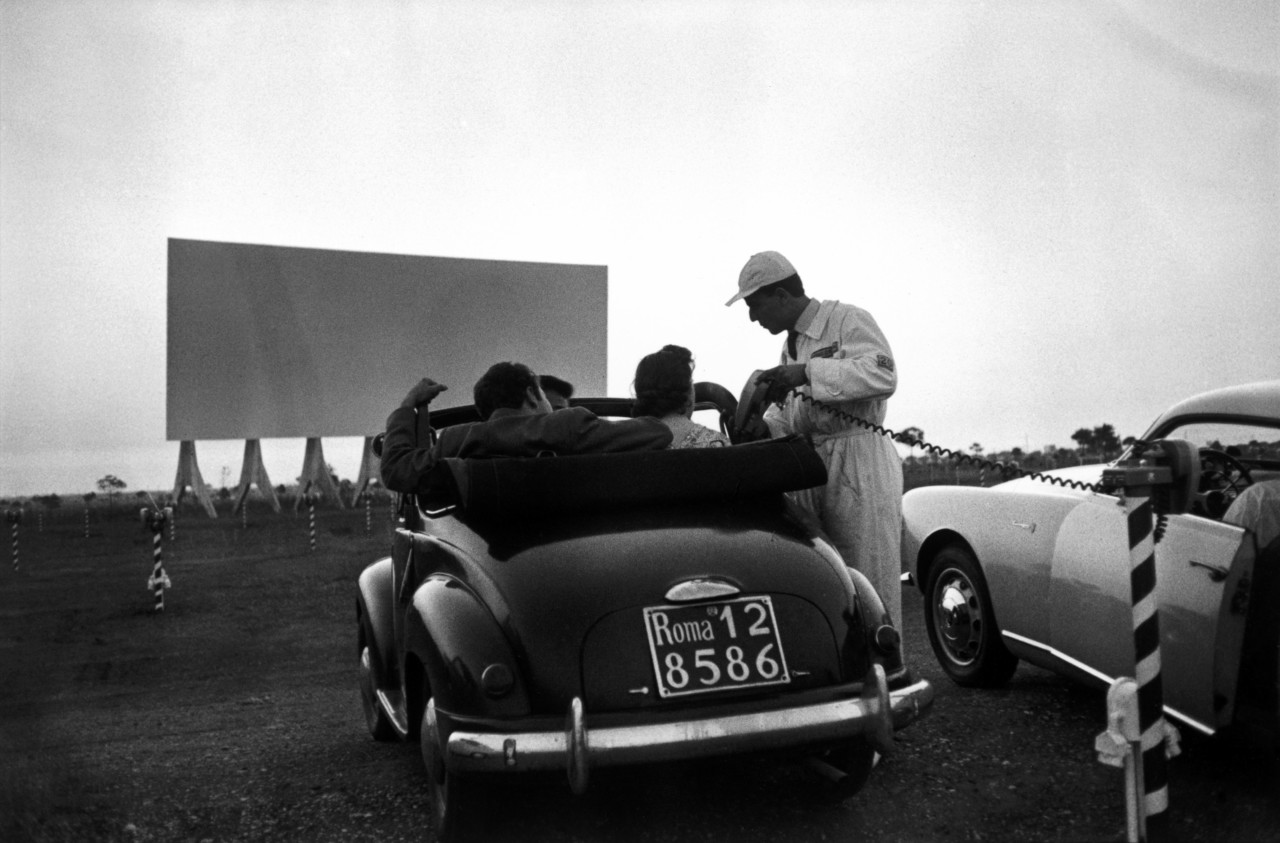 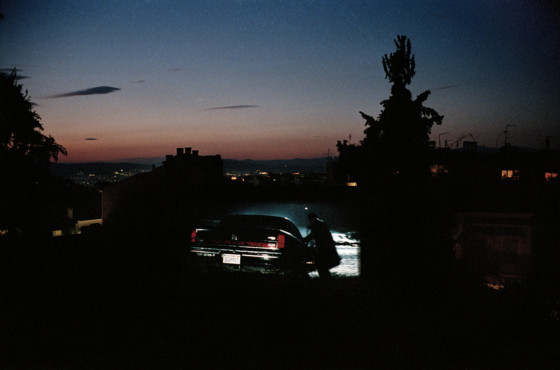 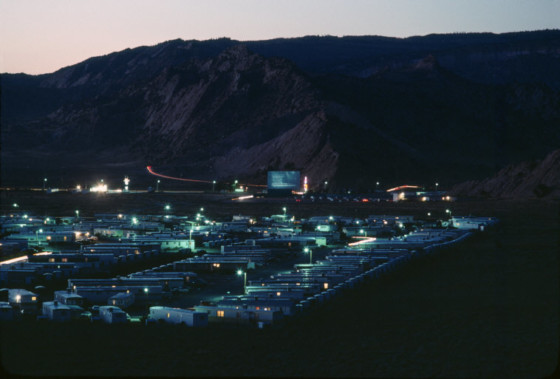 While some images show moments of togetherness, the images from Mark Power’s ‘Swap Shop’ series show the quieter, almost abandoned moments. Taken at a drive-in movie venue in Florida, we see the blank projection screens, closed snack bars, and how these spaces are used when the movies are not playing — in this instance, a swap-meet.

Power would describe the images, taken in November 2012, as a turning point in his life. “Firstly, it marked the beginning of my relationship with Postcards from America,” – a photographer-initiated Magnum group project – and secondly, because it was the last time he would ever shoot on film with his “beloved Horseman 5×4 camera, which had been a trusty friend for over 15 years.” 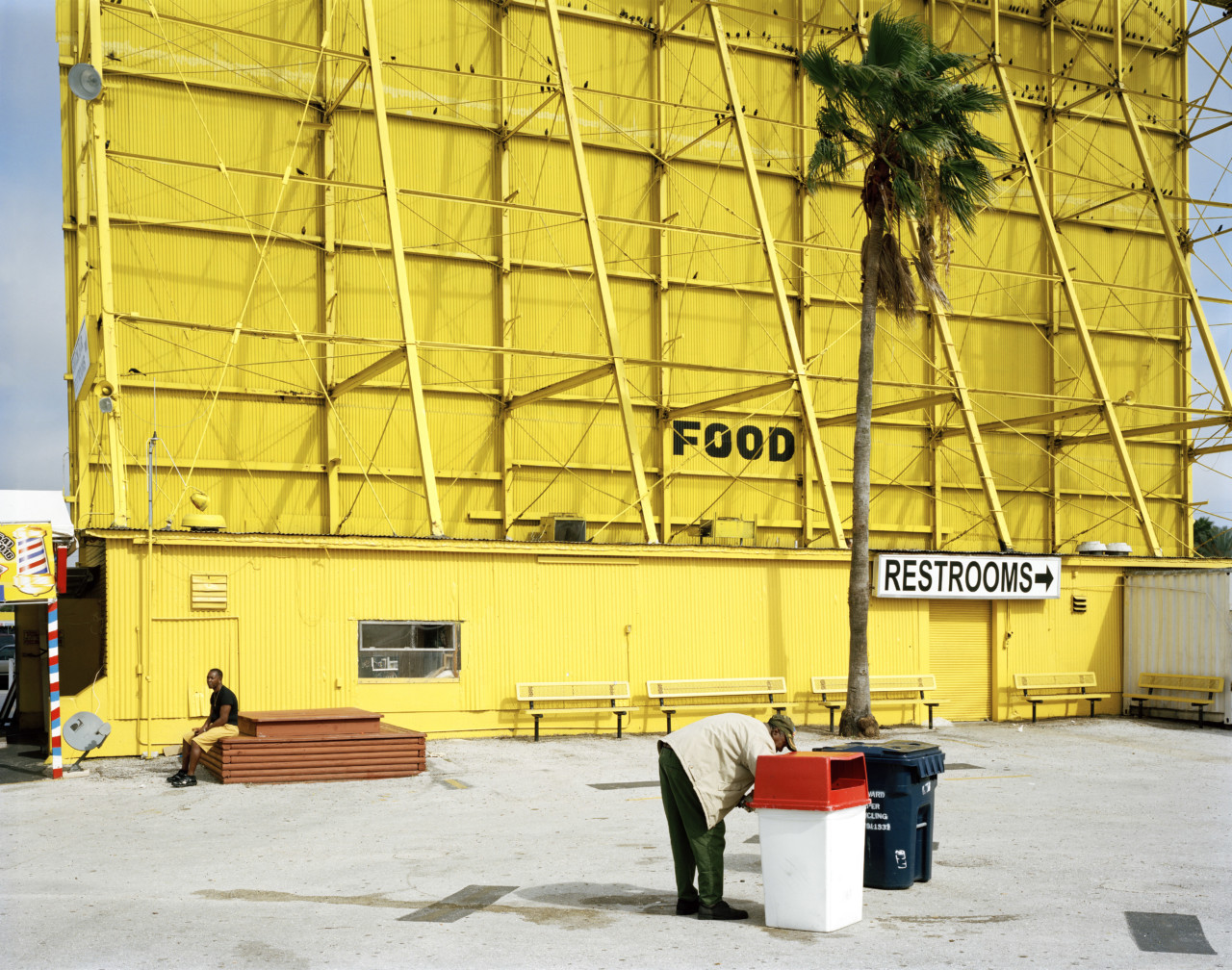 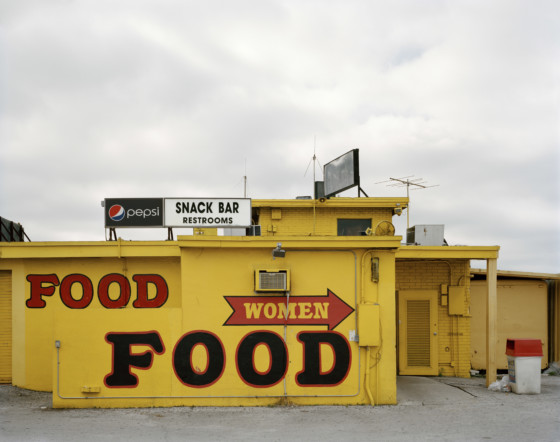 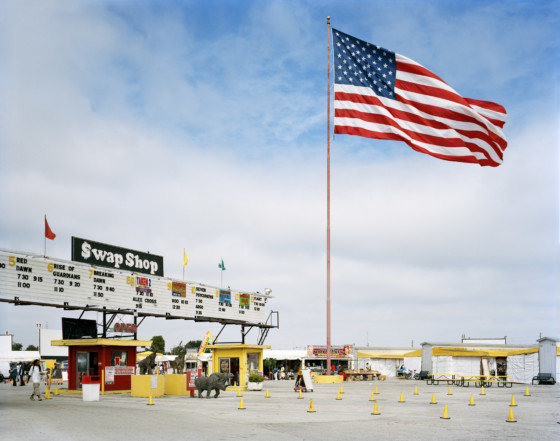 "...we see the blank projection screens, closed snack bars, and how these spaces are used when the movies are not playing." 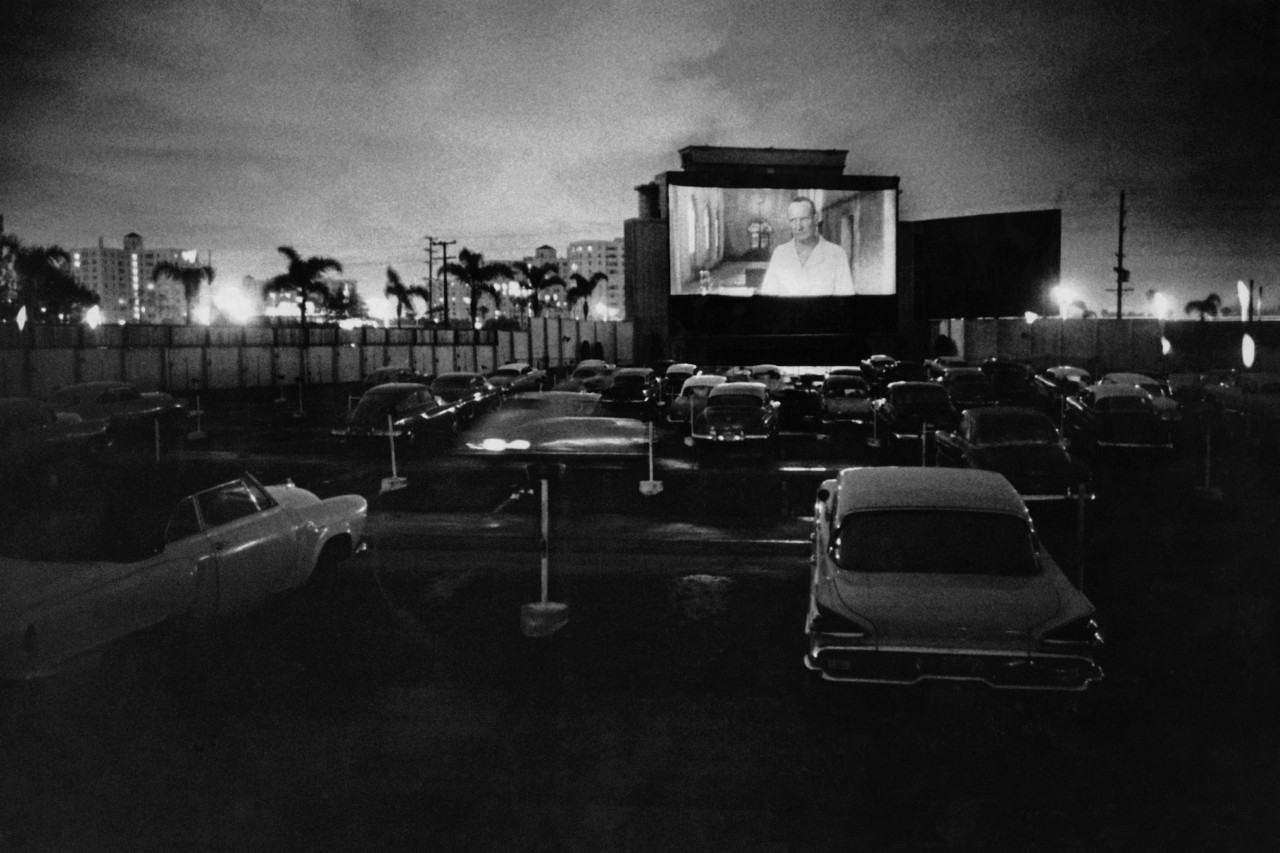 There is, of course, the flip side: the drive-in as an abandoned space where an empty silence fills the expanse usually occupied by cars and people. Bruce Davidson’s 1966 image depicts an empty San Francisco drive-in, with its sea of loudspeakers peppered around the field and no cars to fill it for a few hours. It has an air of melancholy, something enhanced by the double line of bungalows perched above the field, who peer down as if awaiting their very own drive-in experience. "It has an air of melancholy, something enhanced by the double line of bungalows perched above the field, who peer down as if awaiting their very own drive-in experience." 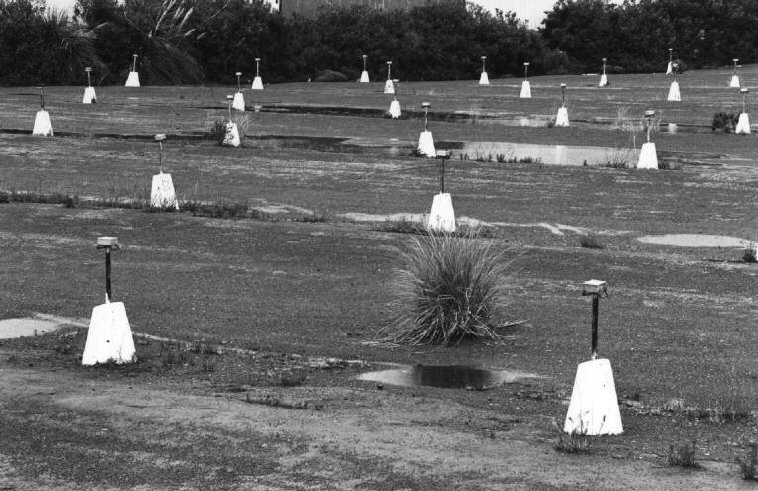 Drive-ins could not compete with the improvements to home entertainment that accompanied the 1970s, and soon they had mostly faded from cities, abandoned largely to the past but always lingering fondly in the memory. The melancholic air is heightened by René Burri, whose depiction of a defunct drive-in in 1980s California hints at a past when life and moving pictures filled this once-occupied space. The screen has gone, the loudspeaker stands remain, and the grass is overgrown and uneven. It’s a bittersweet reminder of joyous days watching movies under the stars. 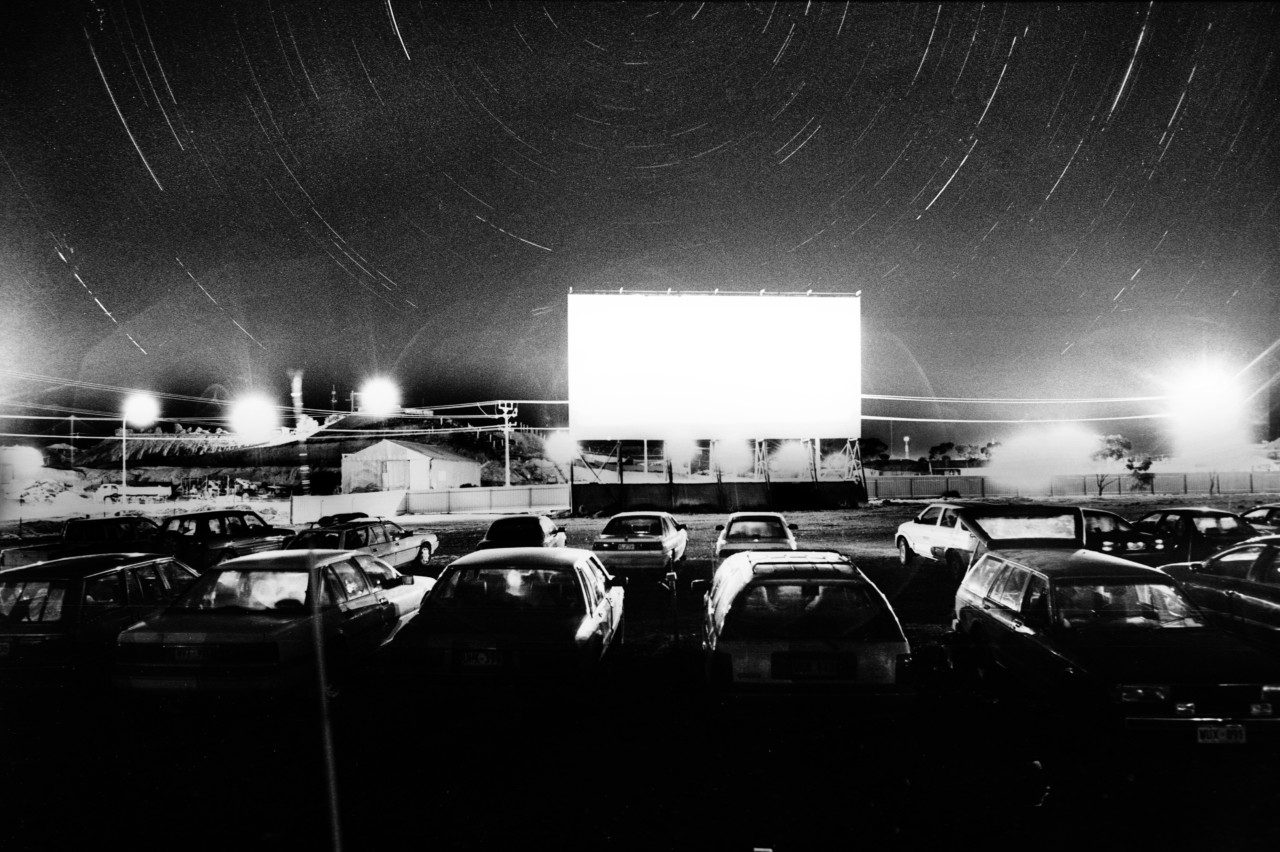