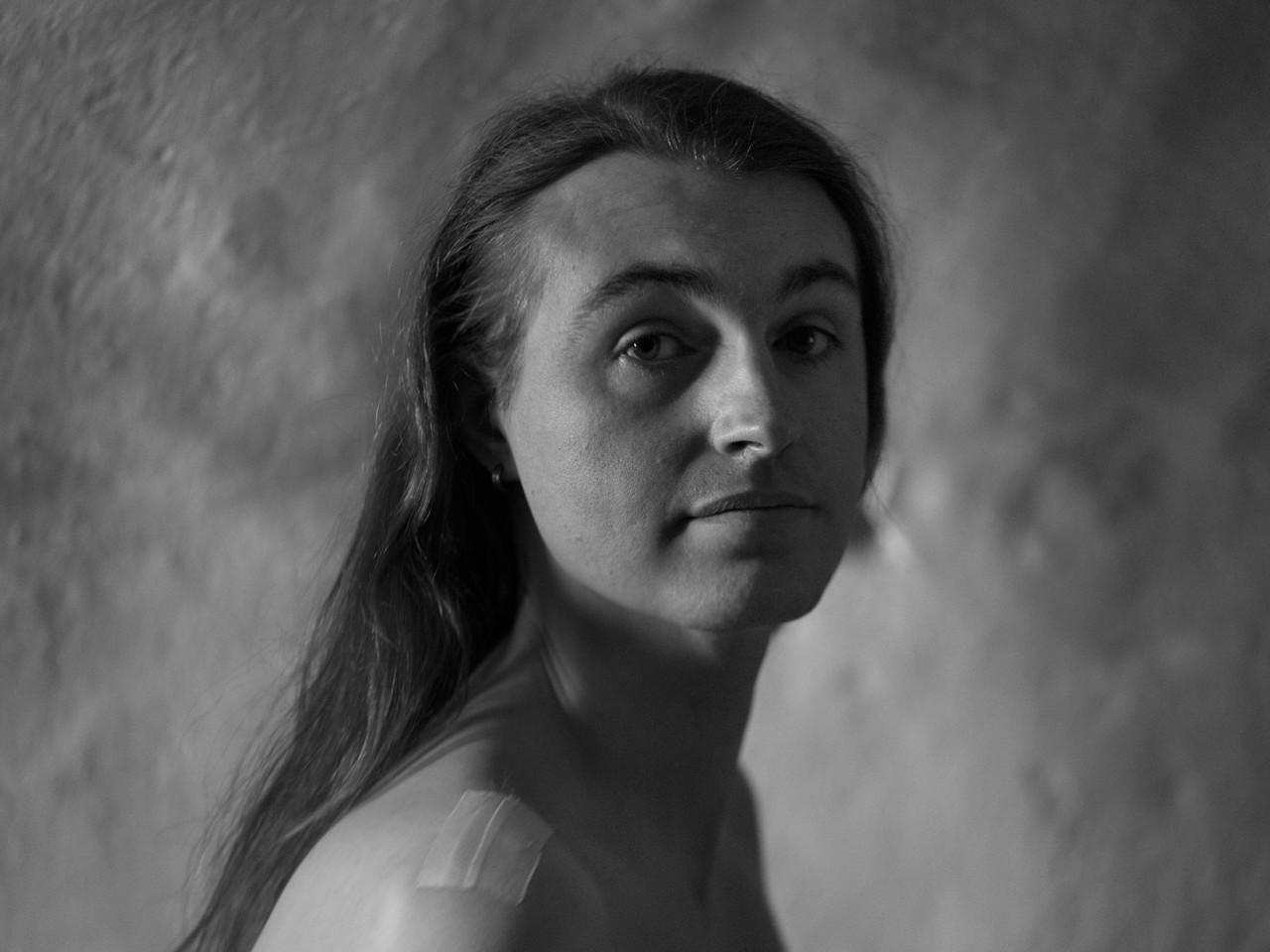 “Everybody has their right to believe what they want. There is no absolute truth in this world,” says TiChan at the start of a documentary project of the same name by Olivia Arthur and Philipp Ebeling. TiChan is a 30-something trans woman who lives in a small village in the South of France.

On January 20, they will be showing the work they’ve made with TiChan at the Arlequin cinema in Paris’ 6th arrondissement as part of the Horschamp Film Festival. The exhibit is an evocative mix of moving image, stills, and audio, it sidesteps well-worn debates to ask, how did TiChan come to make this decision?

Below is an interview with Oliva Arthur, Philipp Ebeling, and TiChan from 2019, when the work was first shown as part of Paris Nuit Blanche program. 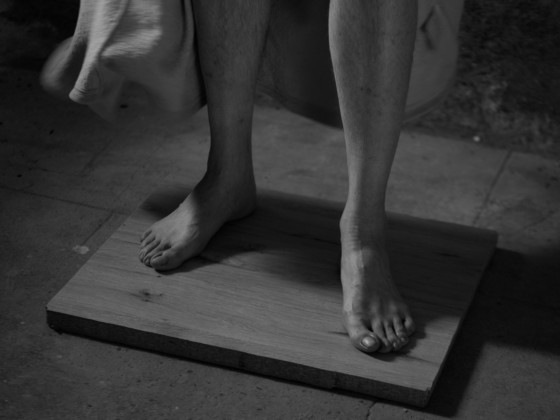 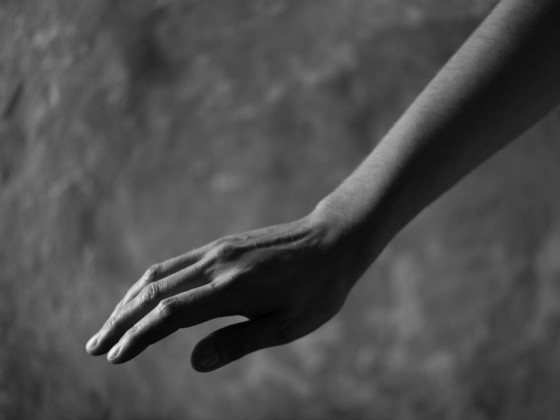 "I closed myself in, then I began to hide my emotions to create a shield of indifference" 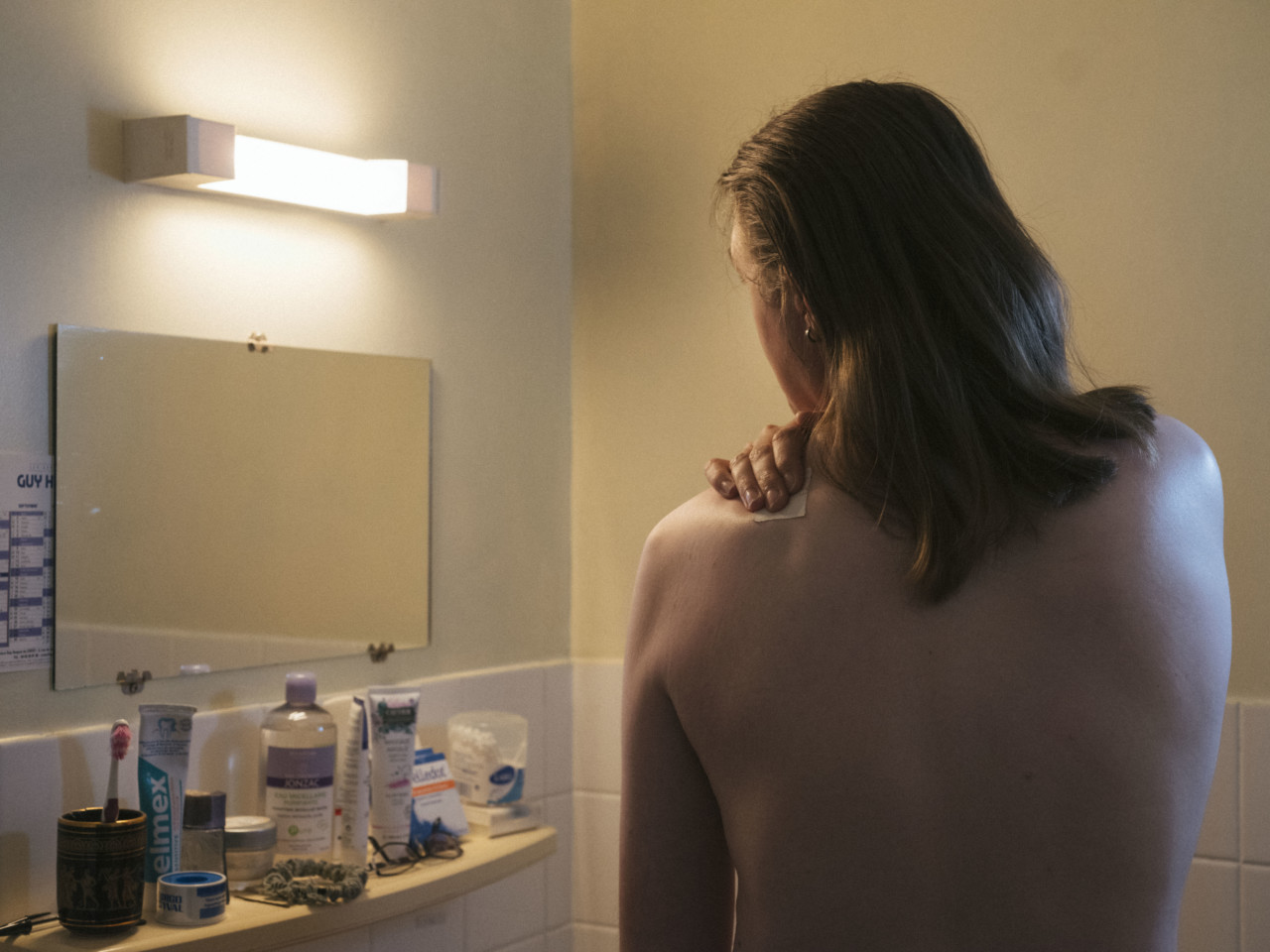 A hormone patch on TiChan's shoulder.

“We didn’t want this to be explicitly about the transformation of going from man to woman,” says Arthur. “It’s about the process of arriving at the decision to do it. We wanted to try and describe the emotional make-up of the journey, the life journey that this person has come on to embark on this change. We wanted this piece to be about the person rather than the gender issue.”

Focusing in on TiChan, the nine-minute installation — soundtracked by Nimzo Studio — uses a combination of single and multi-frame shots to show images that interact and intersect with each other, giving an insight into the different directions that her life has taken so far and the complexities of the emotional journey. There are still images of TiChan at home and at work, moving footage shot on the fly, and more static ‘moving stills’. One of the first of these shots shows TiChan lying in bed; it looks like a photograph until, unexpectedly, she blinks. There are close-up photographs of her hands and face, accompanied by films showing how those stills were shot; there’s a photograph of TiChan reaching into a fridge, and a longer film of her cooking on the same day. She looks neither particularly male nor particularly female, her face remains impassive throughout. “I closed myself in, then I began to hide my emotions to create a shield of indifference,” she says.

Screenshot from TiChan three-screen projection in 2019.

"It’s a complex story and we don’t want to simplify it. We want to layer it up, to show the complexities of it" 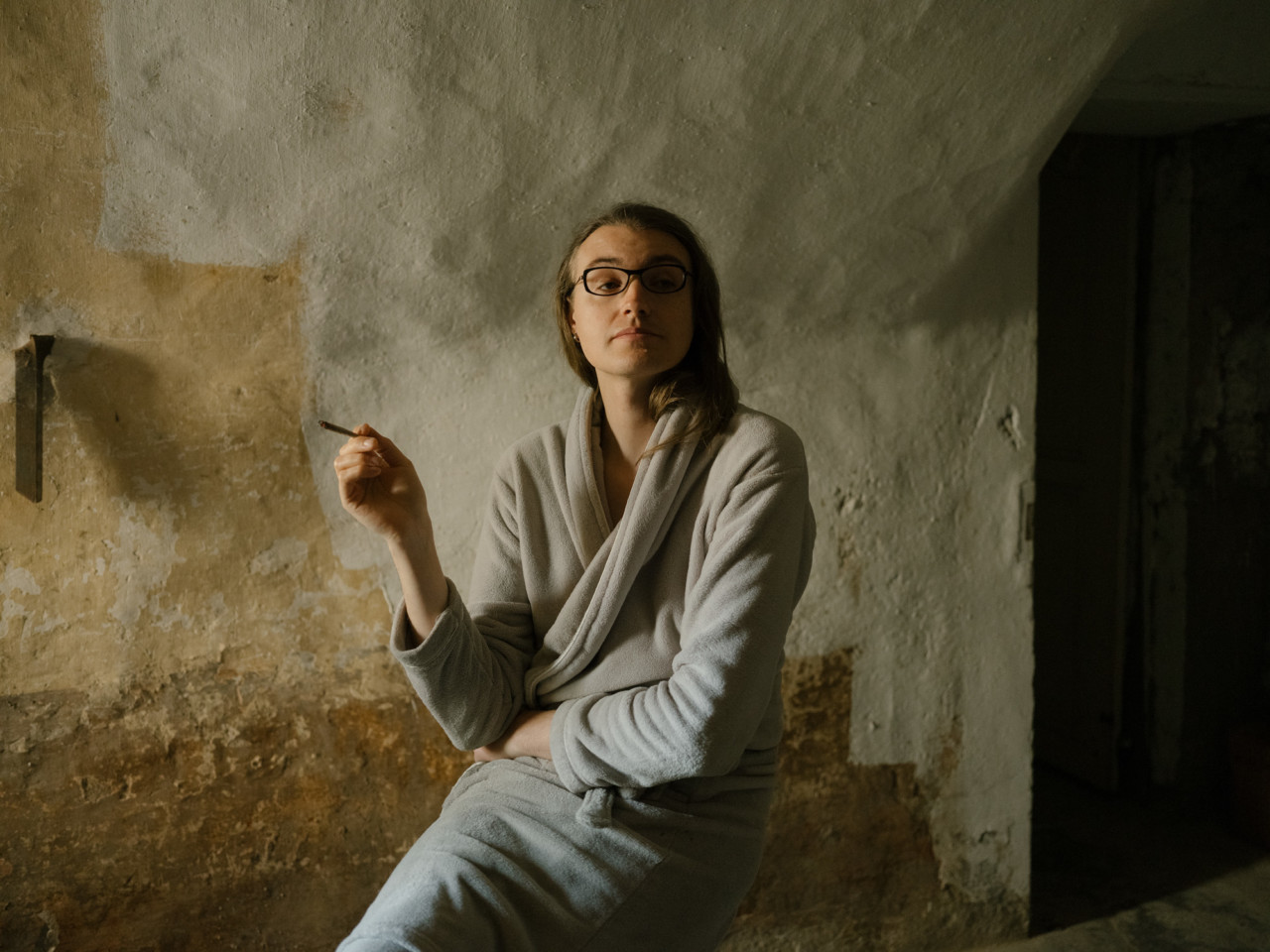 The images of TiChan are often shot inside, lending a sense of claustrophobia to the way she chooses to live right now. But there are also videos taken outside that suggest a sense of relief, one showing TiChan skipping stones, another showing flocks of birds in flight. There are also many videos taken while TiChan was driving to her hospital appointments, the road stretching out in the dark; paired with footage of the video games she likes to play, they give a sense of a single-minded pursuit. The installation is subtle and patient, a look at an individual, inside and out, that embraces messy complexity and deliberately undercuts anything too neat. “It’s a complex story and we don’t want to simplify it,” says Arthur. “We want to layer it up, to show the complexities of it.” 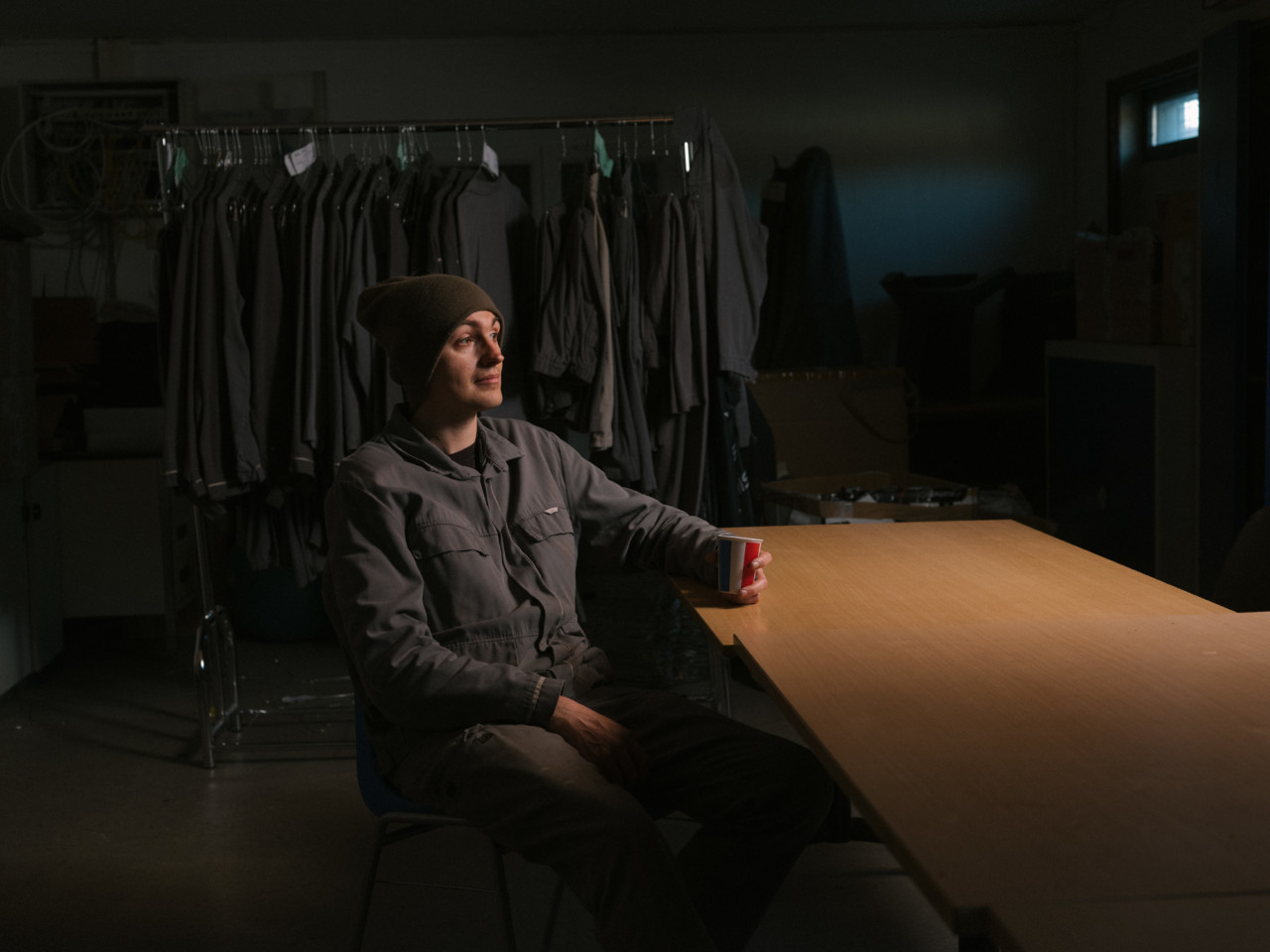 The images are accompanied by audio, which includes field recordings such as footsteps or choral music, but which also includes TiChan reading extracts from an autobiographical text. She was asked to write this text by the French state as part of the psychological examination imposed on all who seek gender reassignment treatment; while it’s deeply personal, it also suggests different sides to her personality, and the different ways in which she has presented herself. Looking back over her life, she realized that she was playing the role of a man with women, and the role of a woman with men, she says; in this text, she expresses a version of herself designed to satisfy the French state. When she read it out, says Ebeling, “she read it like an actor reading a script.”

"Making this transition is a big deal, a massive deal and painful, and in many ways not what you want to share with the whole world" 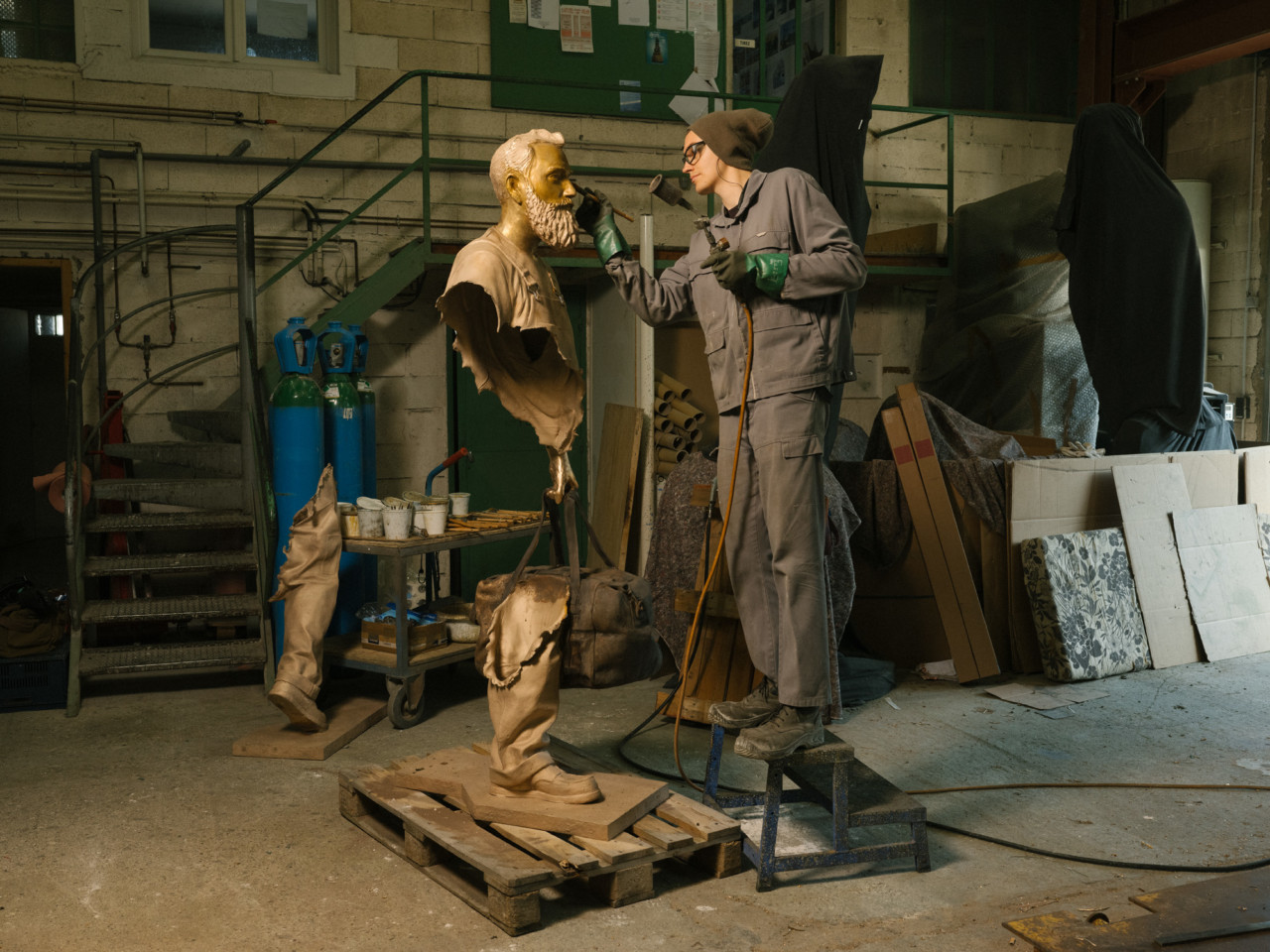 In her personal life, TiChan literally likes to act out roles, via avatars in computer games and by taking part in Dungeons and Dragons-style events in which participants dress up as their characters. She also sought out the documentary project with Arthur and Ebeling, contacting Magnum’s Paris office 18 months ago to ask that her transition be recorded. Magnum put her in touch with Arthur — who has previously photographed the LGBTQ+ community in Mumbai as part of the project In Private; keen to include moving image as well as stills, Arthur teamed up with Ebeling, who’s also a well-established photographer. Arthur and Ebeling asked TiChan why she contacted Magnum, curious about her motivation; her official line is that she wants to help other people undergoing the same transition, but the project also seems of therapeutic value for her, externalizing the process. She had specific desires when making the work, for example, one of which was to be photographed nude.

“Making this transition is a big deal, a massive deal and painful, and in many ways not what you want to share with the whole world,” says Ebeling. “But then she came to us to ask that it be made. She doesn’t normally interface with the world, she spends a lot of time at home shut away from the world, so it’s curious. It doesn’t seem obvious. 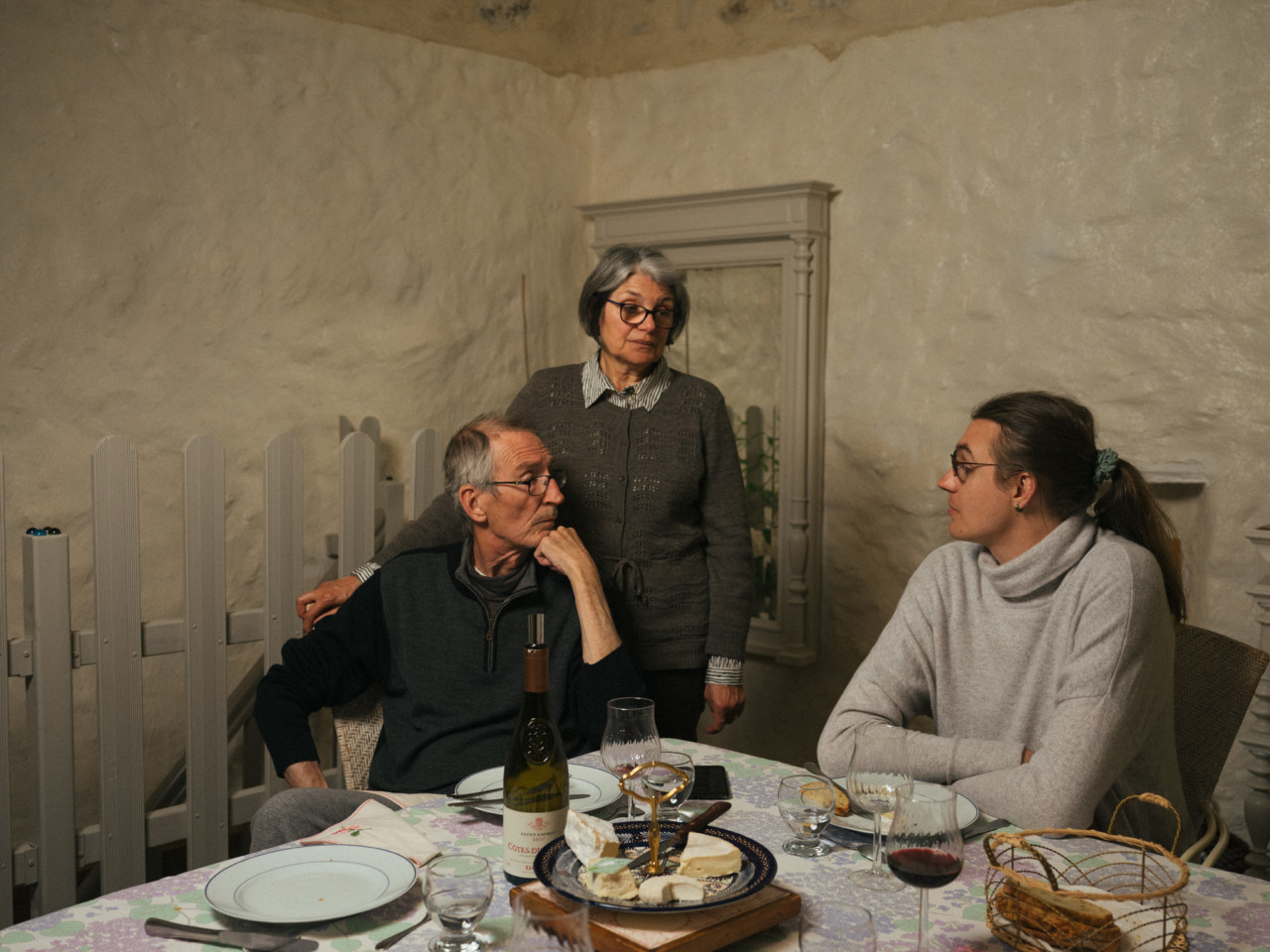 “One of the things we wanted to bring into it right from the start was this idea of it being a collaboration, TiChan being an author or creator of this work with us,” he adds. “She came to us to ask for it to be done, so it creates a different dynamic to us asking her to let us in. We always wanted that to be a part of it.”

It’s complicated but, as Arthur and Ebeling point out, in this TiChan is no different from anyone else — we’re all multifaceted, we all play out various roles, and we’re all hard to understand sometimes. Just one year into a five-year project, Arthur and Ebeling are still getting to know TiChan but ultimately, and even if “there is no objective truth”, they hope to create something truthful. “We’re following the development of a person,” says Arthur. “That’s the process we’re going on — to try to understand this character.”

TiChan will be screened at the Arlequin cinema in Paris on January 20 at 8:30 p.m. as part of the Horschamp Film Festival. The screening will be followed by a talk and signing with Olivia Arthur and Philipp Ebeling. Find out more and book your tickets here. 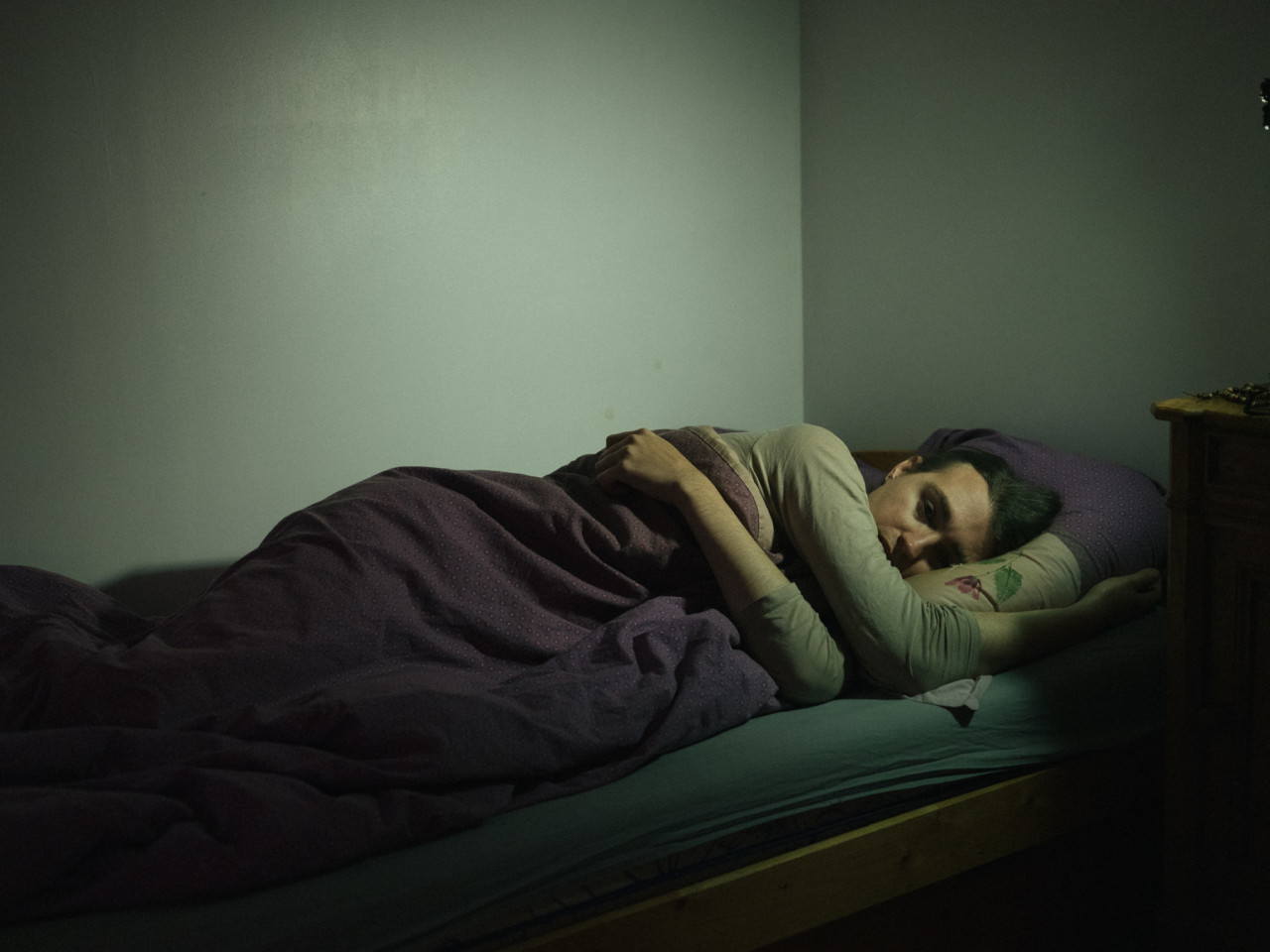