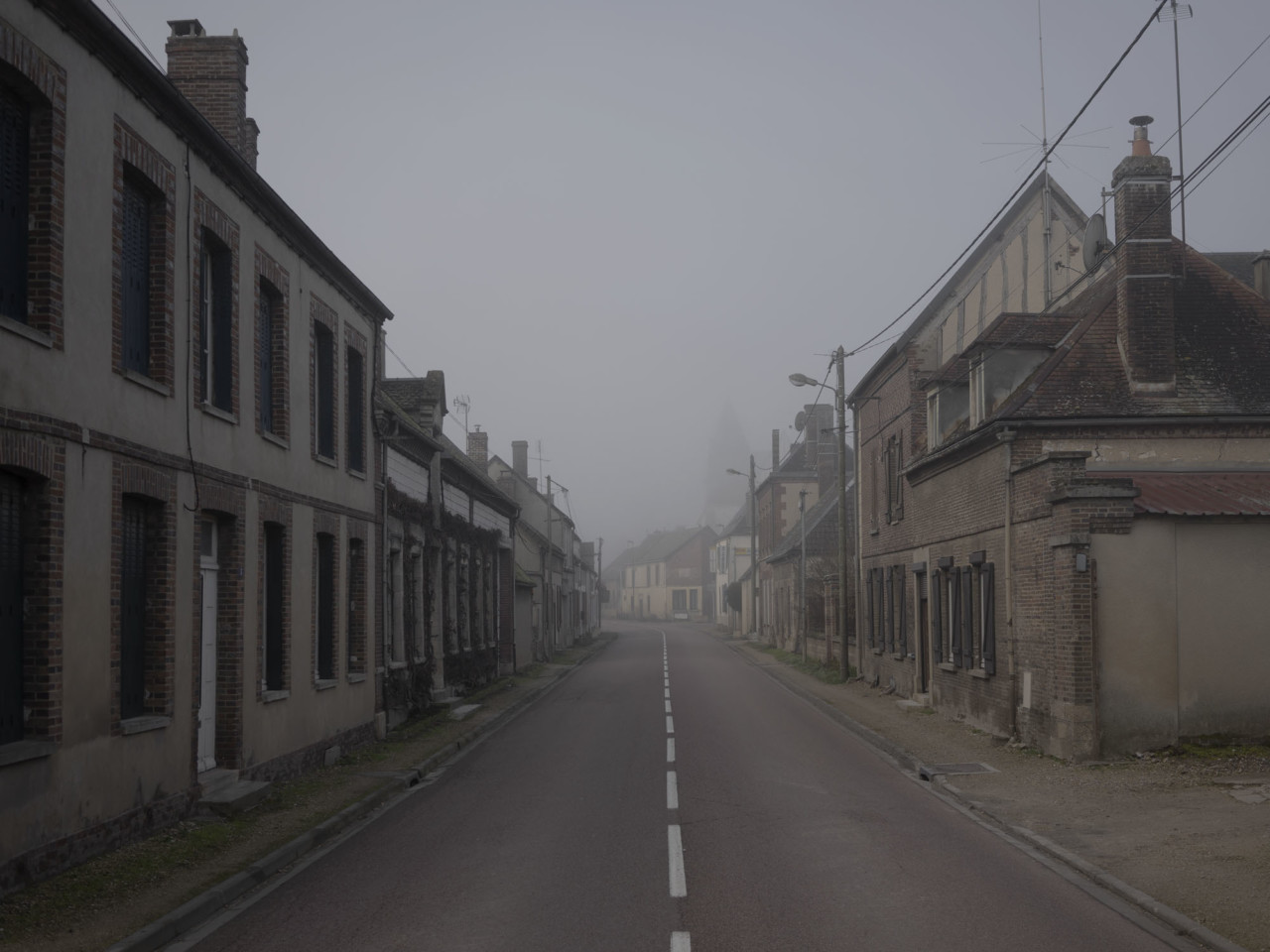 In early 2019, French Magnum photographer Antoine d’Agata and French-Tunisian author, philosopher, and actor Mehdi Belhaj Kacem drove through the region known in France as the diagonal du vide, or ‘empty diagonal’.  Stretching across the nation – from the Belgian border in the north-east to the Pyrenees in the south-west – the disparate geographies of the area are unified by a low-density of industry, population and media coverage.

Sharing the responsibilities of driving the pair navigated this ‘ghost’ France, as Belhaj Kacem calls it. In the writer’s view this is the France that is home to the underrepresented, the politically expendable. This is the France to which the birthing and powering of the nation’s ongoing anti-government gilets jaunes (yellow vests) protests are attributed. Those protests, which started in late 2018 – initially in protest at rising petrol taxes, and continue today across the country.

What follows is a selection of d’Agata’s images from the 339 towns, villages and hamlets the pair passed through, accompanied by Belhaj Kacem’s essay on the diagonale and it’s role – and that of areas like it – in France’s current political face-off.

D’Agata will – alongside Sohrab Hura – be leading a London workshop on alternative approaches to photography in June. More information can be found here. "We want to feel the pulse of the France that has given rise to the now-famous gilets jaunes. We want to visit Ghost France" 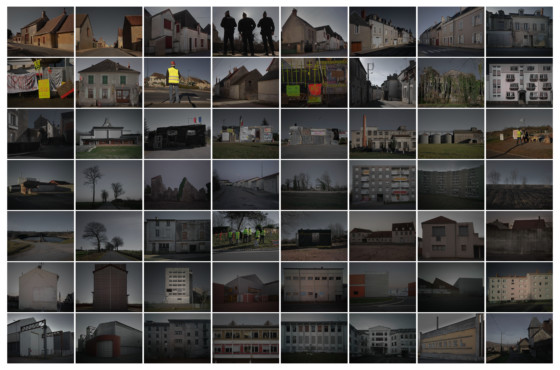 The diagonal du vide, or ‘diagonal of emptiness’, refers to a series of places which are among the most underprivileged in French territory. With Antoine d’Agata, we draw a road map, a plan to visit these places. We want to feel the pulse of the France that has given rise to the now-famous gilets jaunes. We want to visit Ghost France.  The title of a movie that marked me long ago comes back to my mind: Ghosts of the Civil Dead.

The confrontation between the French government and the gilets jaunes has pitted two types of ghost against one another: the sovereign French Gods – the “Jupiterian” entity of big finance in its twilight years, whose decadence has nothing on the decline of Ludwig II of Bavaria; versus this unrepresented France. The latter, popularised as understood by the Situationists, comes behind the former in all respects. The dialogue between these two entities is a dialogue of the deaf. The France whose representation is non-existent fails to make itself heard by the France that only exists within in itself, or in its own eyes. 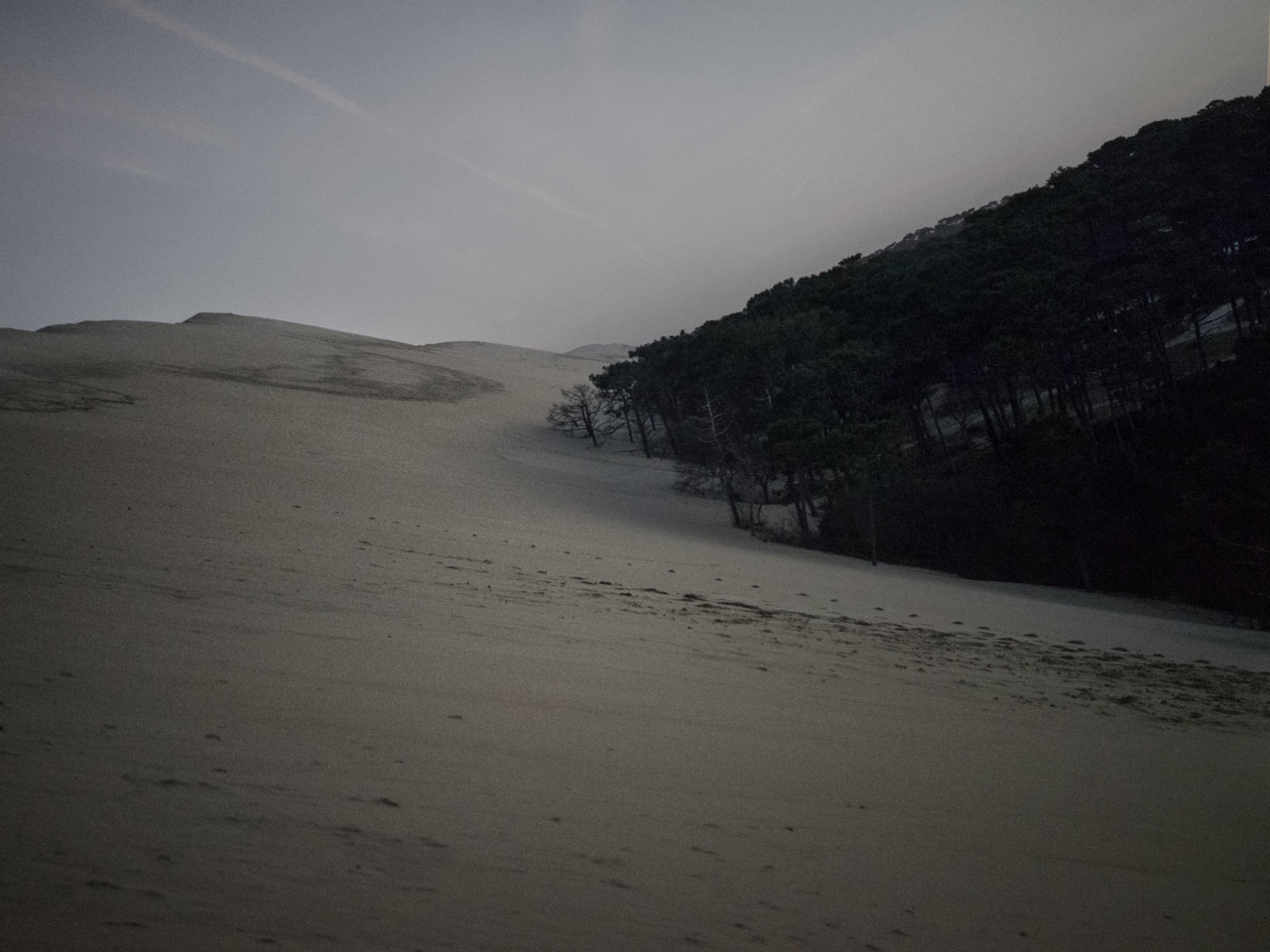 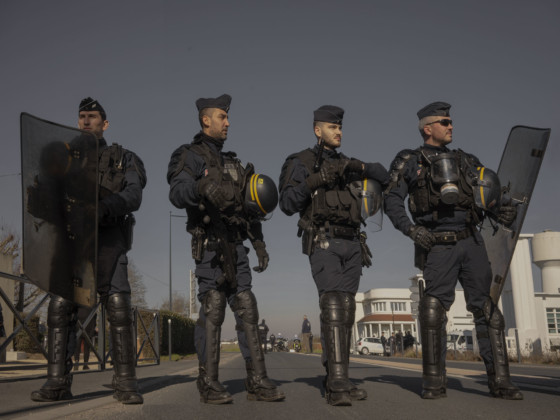 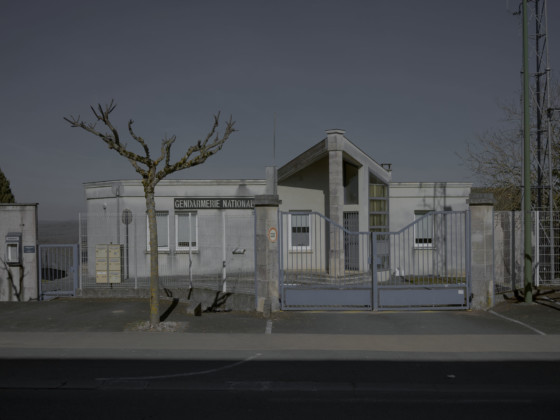 The diagonal du vide, only a very vague concept before our visit, is so-called with good reason. We found what we were looking for. Everywhere we go, we engage with a France that, so to say, does not exist. A France abandoned, dehumanised, desertified. The first day of the journey there is a fog such as I have never seen before in my life, blanketing everything and lasting until early afternoon. It seems a foreboding sign, or omen, of the many industrial hells that we are going to come across: abandoned factories, huge sanatoriums left deserted for years and seemingly made for horror movie sets, shuttered gas stations, and bloodless hangars. For days, with the exception of the gilets jaunes, the biggest human congregations we come across will be at McDonald’s. Everywhere else, not a soul. 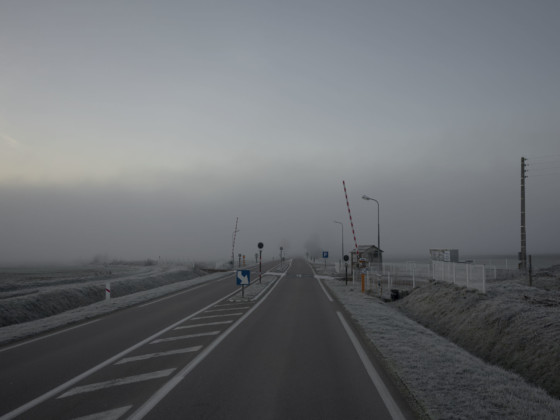 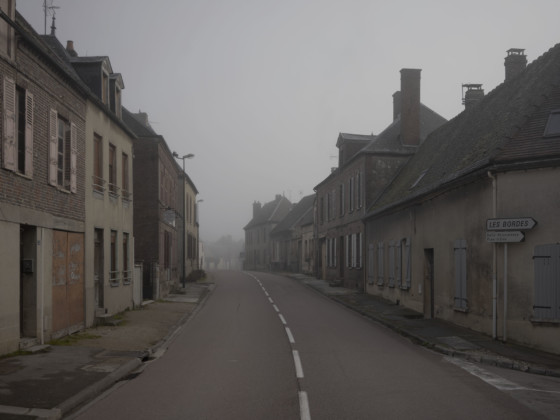 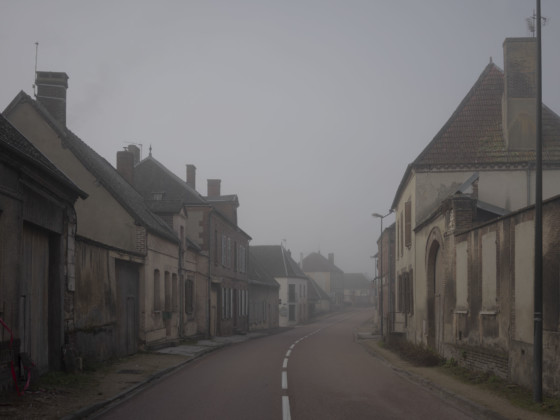 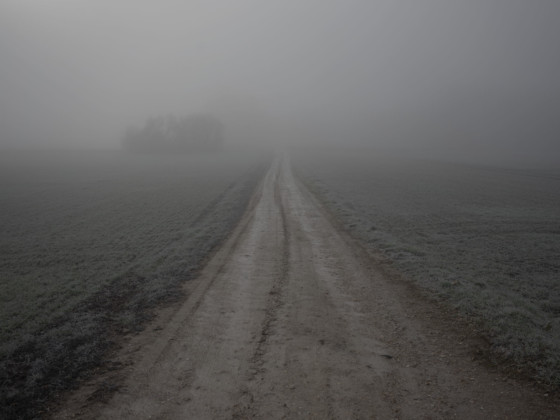 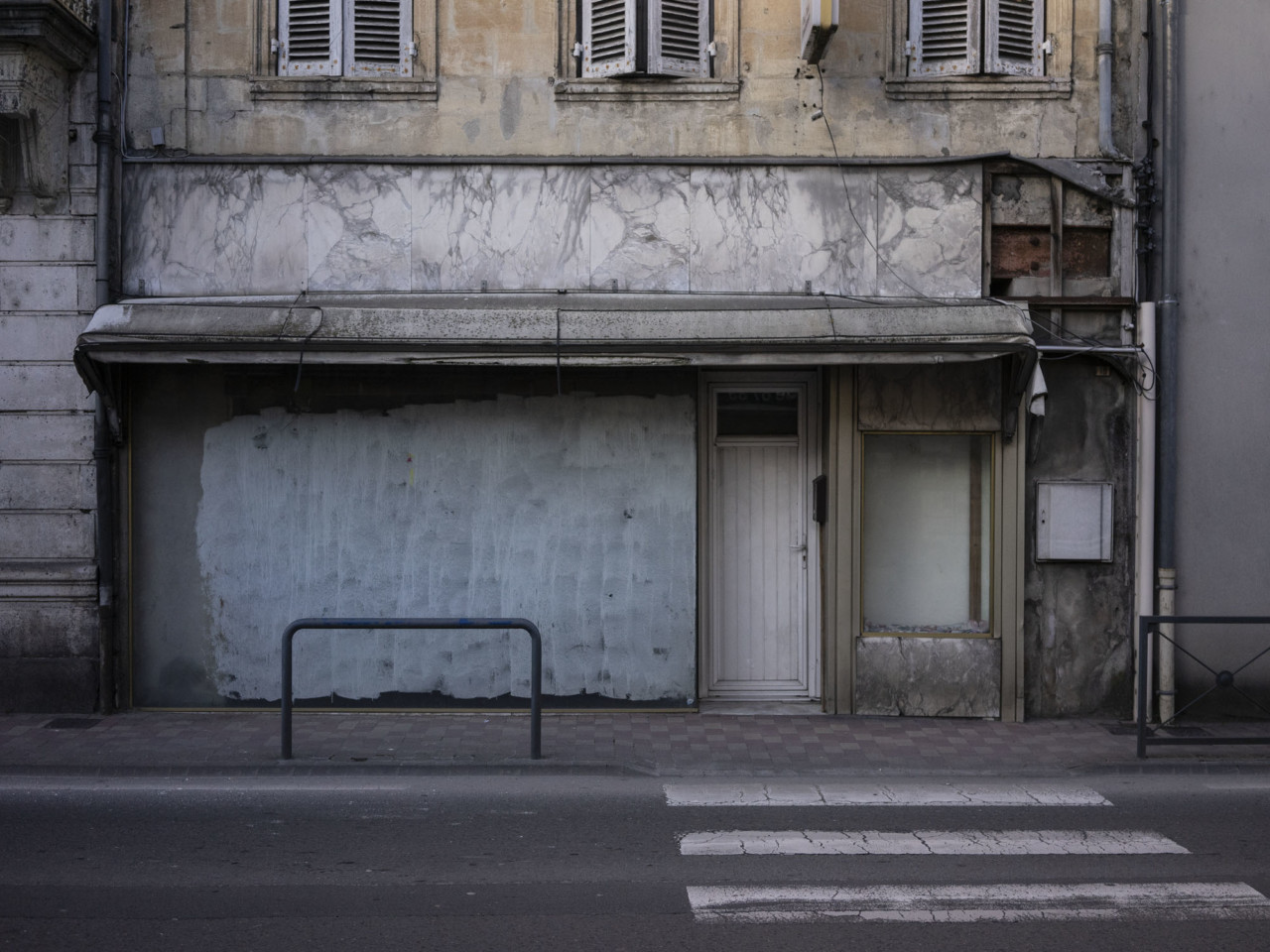 There are what I call “road-towns”: houses strung along streets which seem empty despite being inhabited, where one asks oneself how their tenants manage to escape depression, alcoholism or madness. We lean over a lake where a serial killer once dropped the corpses of his victims: paradoxically, it is as if the spirits of these underaged martyrs were charging the place with a bit of soul. We also come across two roadside prostitutes who, by their presence, enliven the technological desert in which the human being seems not to even have a minor role anymore. Stopping at a roadside restaurant, I tell myself that technology is really no longer serving the human being, but the human being technology. The lorry drivers are serving the lorries and not the lorries their drivers. The same goes for the whole society. “La société se croit seule mais il y a quelqu’un.” [Society believes that it is alone, but that there is someone], wrote Antonin Artaud (Marx could have said the same thing). But no, there is nobody. 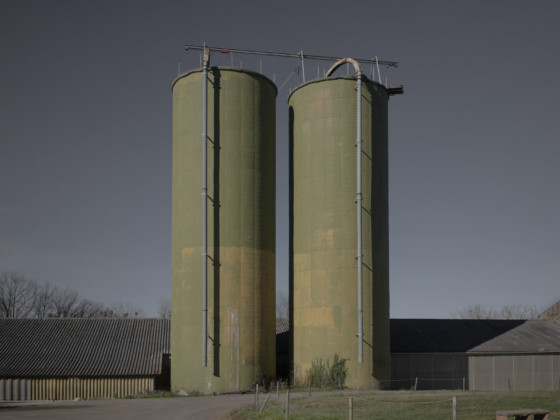 "The diagonal du vide is our map of France, this under-represented France that haunts the media" 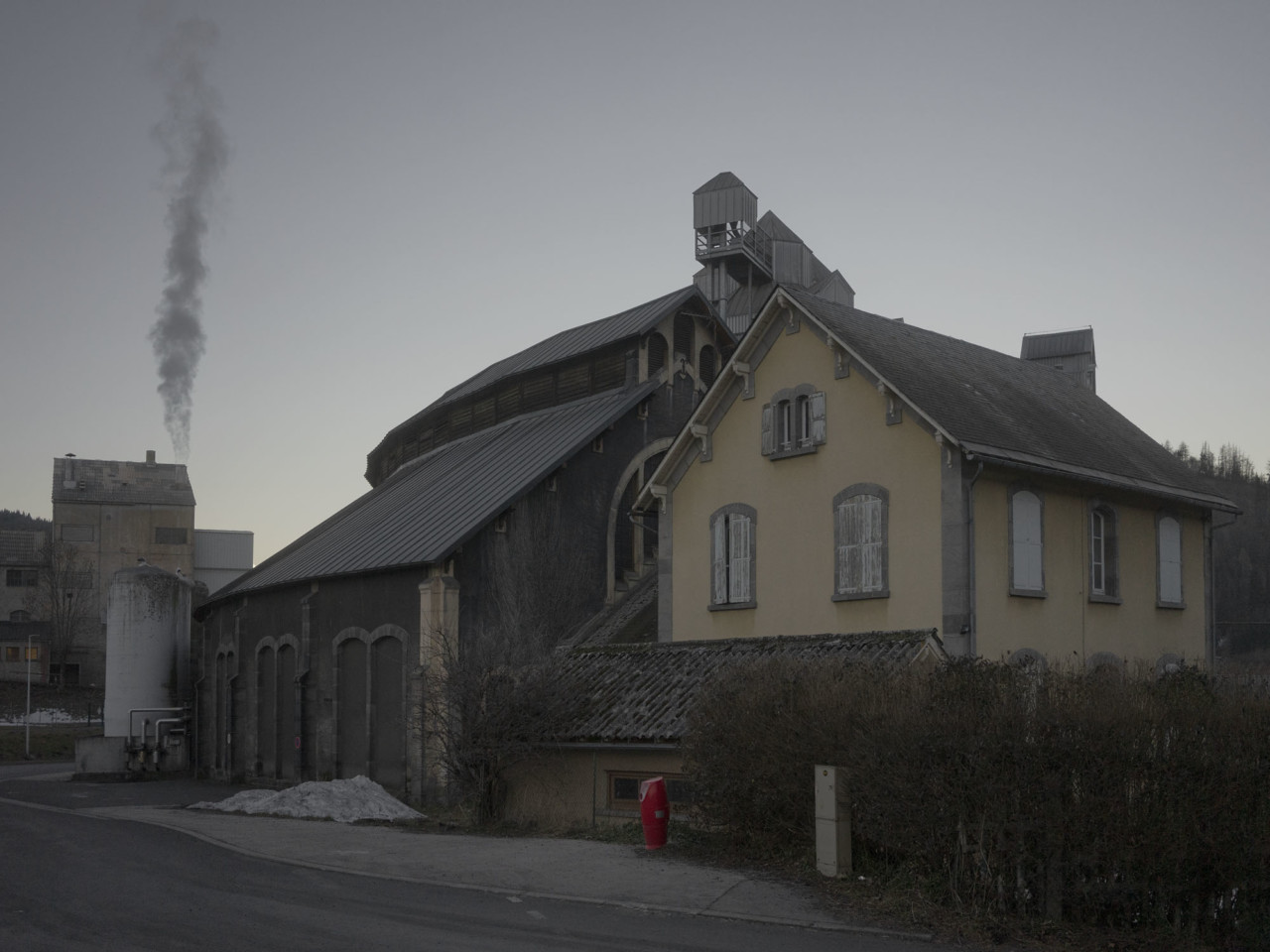 The extreme art of d’Agata, wary and resentful of any stratification of representation, was required to make pictures of this haunted France. Workers on strike or unemployed, poor and miserable, mad: these ghosts of civil society, these beings whose spectral president says that they are nothing. These entities, neglected by the media and robbed of political representation are like a huge deafened scream that I could hear throughout our trip. 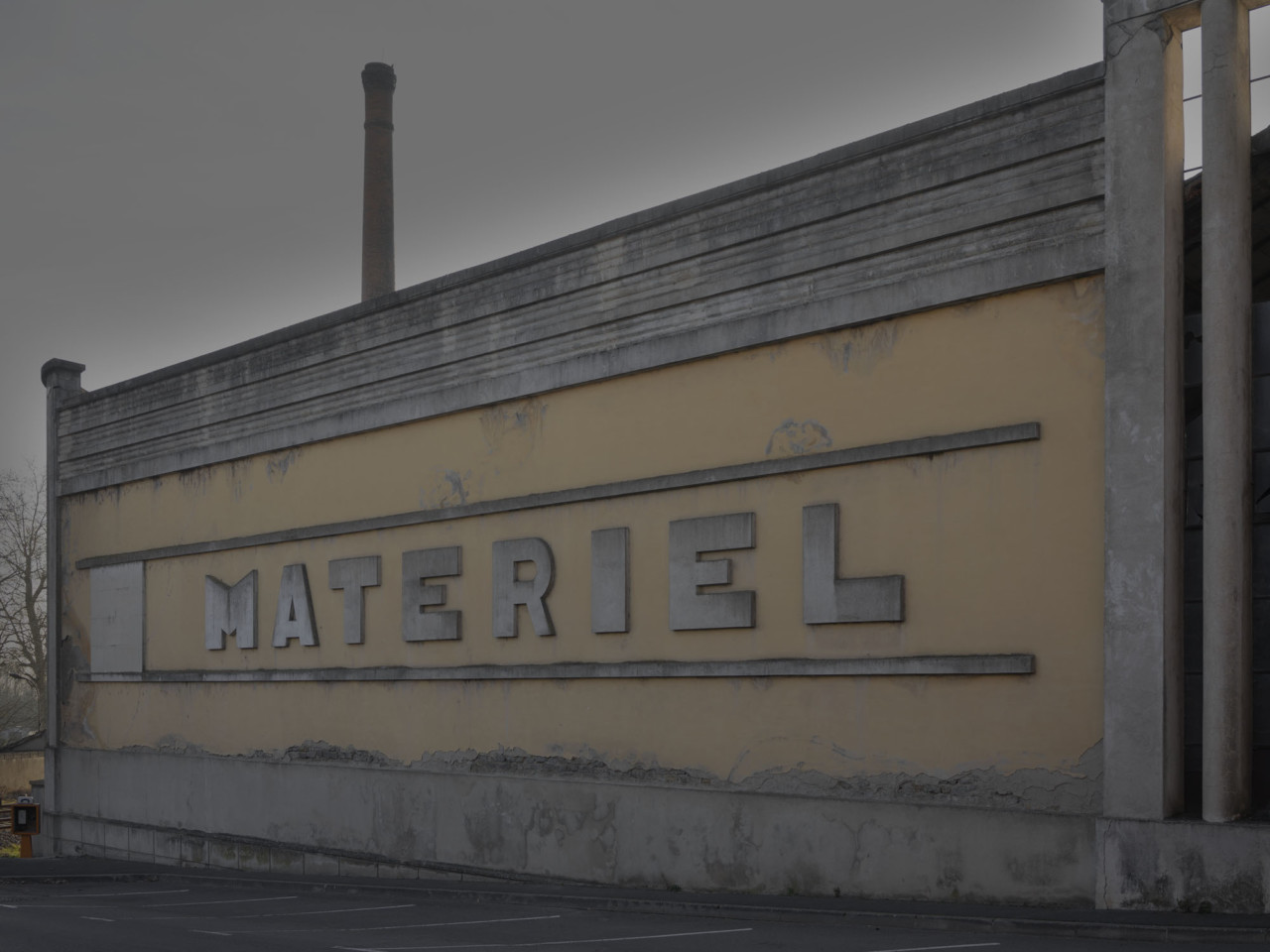 "Hearing is a prerogative of life, which has deserted this France, which we are crossing like ghosts ourselves" 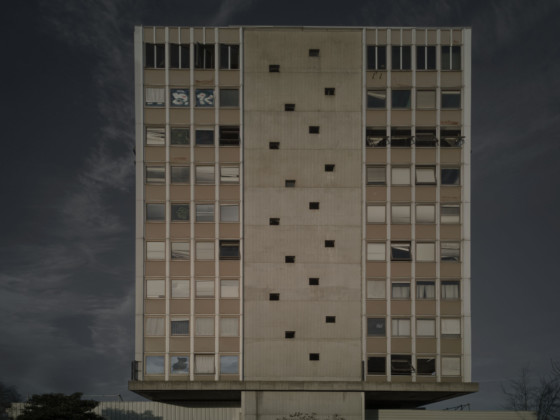 For me, the journey’s highlight was the gigantic abandoned sanatorium: I could hear the voices of the thousands of mad people who had lived in this place. Madness is nothing more than a political fact. They want us to believe that one is born mad when actually, one becomes mad. I dream of an organisation that would make madness the central part of its discourse. There is no other madness than the current organisation of society. Our leaders do not seem to want to cure it. The rags of the Capital wearing their yellow vests come to groan at the ears of those robots, but they do not hear anything. Hearing is a prerogative of life, which has deserted this France, which we are crossing like ghosts ourselves. The coming and going of ghosts, the living dead of society. 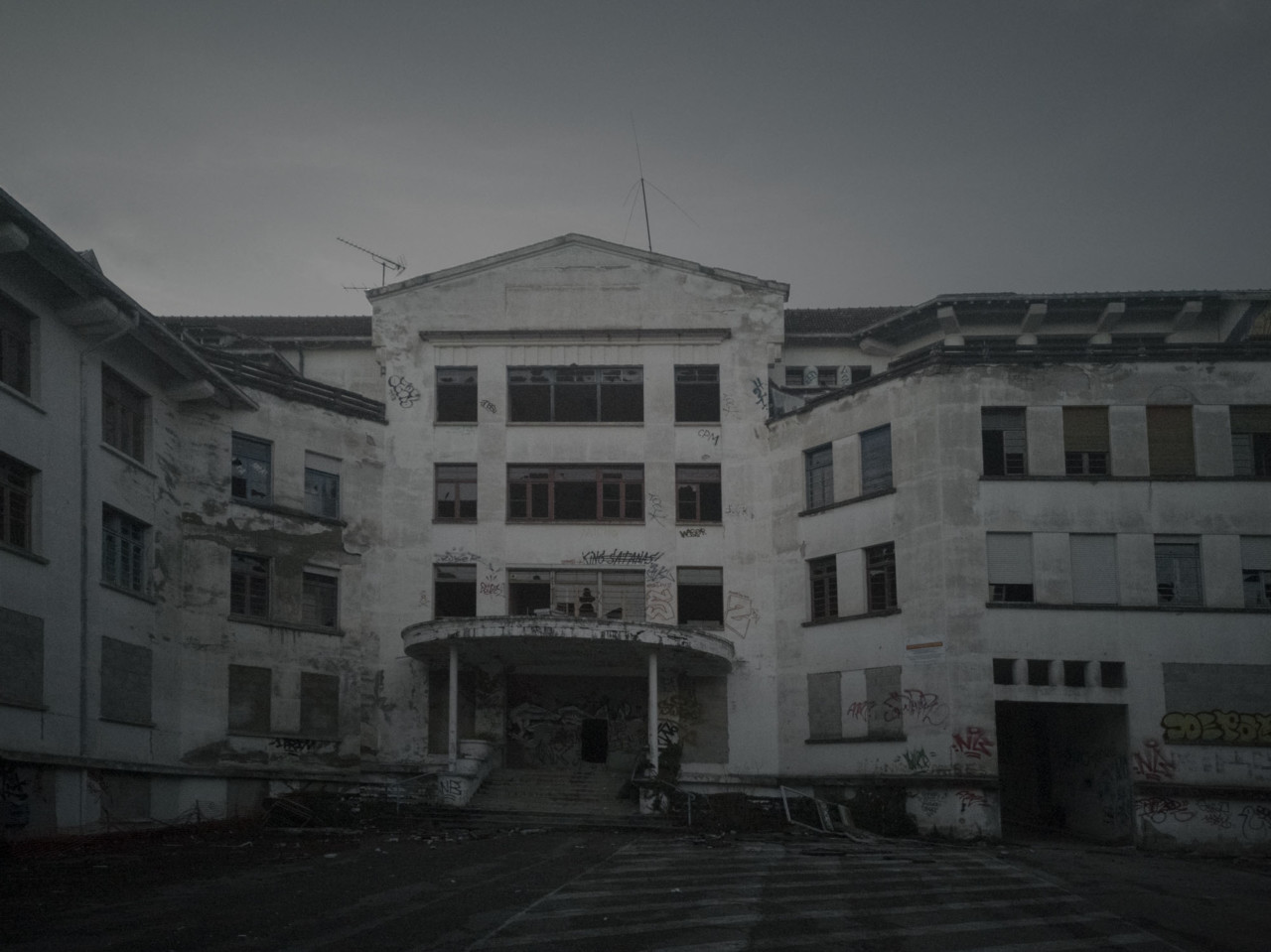 "The gilets jaunes made their voices heard loud and clear: the voice of the absence of representation in this country. The powers simply concluded that this voice was of no importance" 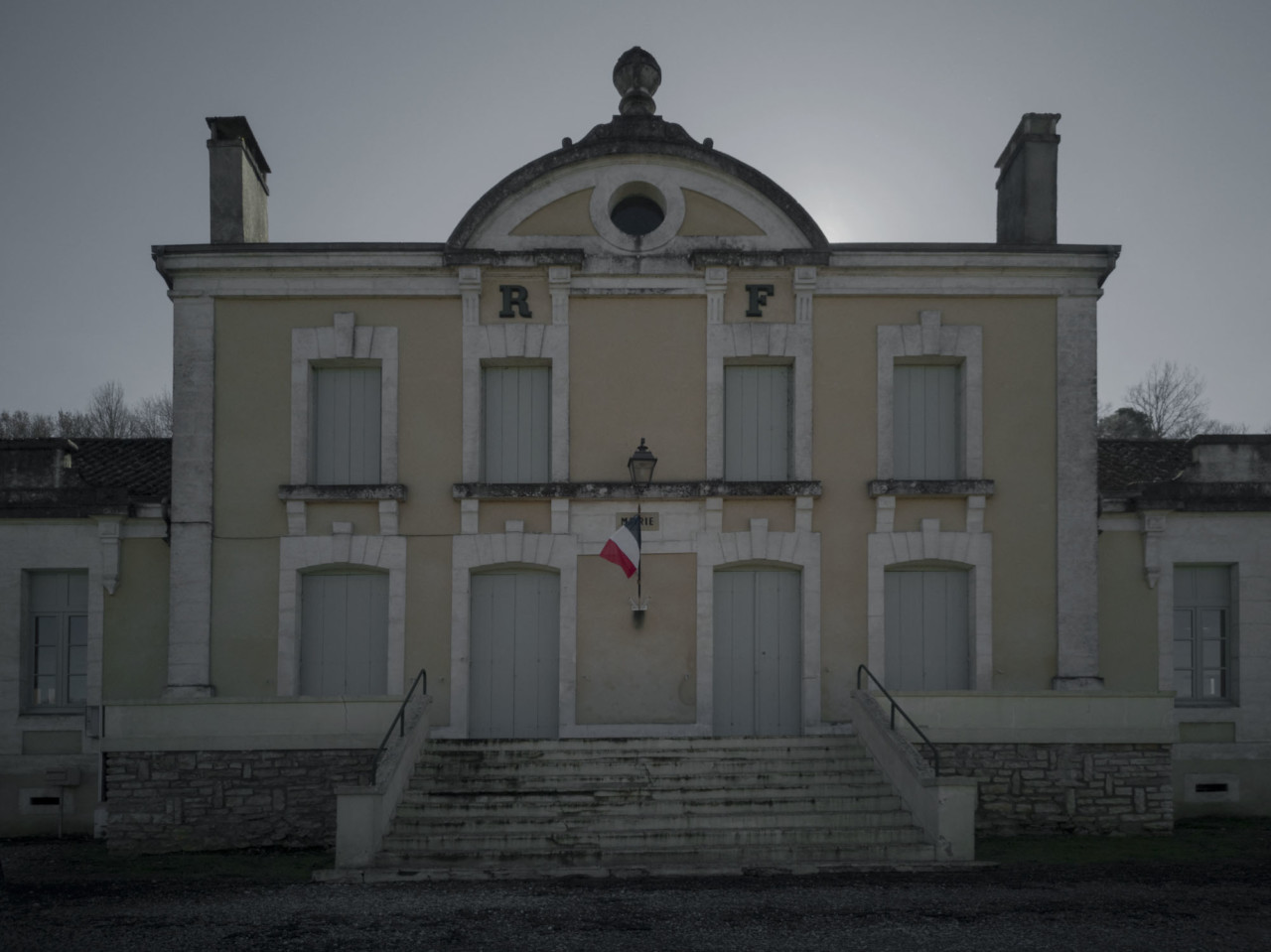 Antoine and I, in different ways, have chosen to dedicate our lives to the spectral fringes of society. The diagonal du vide is our map of France, this under-represented France that haunts the media and those governmental ‘shop windows’ designed to perpetuate the oligarcho-financial suicide of the planet. Guy Debord wrote that, “Never before has censorship been so complete. Never before has the opinion of those who have been made to believe, in certain countries, that they have remained free citizens, been less authorised to express itself whenever it is about a choice that will affect their actual lives. Never before, has it been allowed to lie to them with such a total absence of consequence”. The gilets jaunes made their voices heard loud and clear: theirs is the voice of the absence of representation in this country. The powers simply concluded that this voice was of no importance. Humanity has to keep on committing suicide with its eyes wide open. 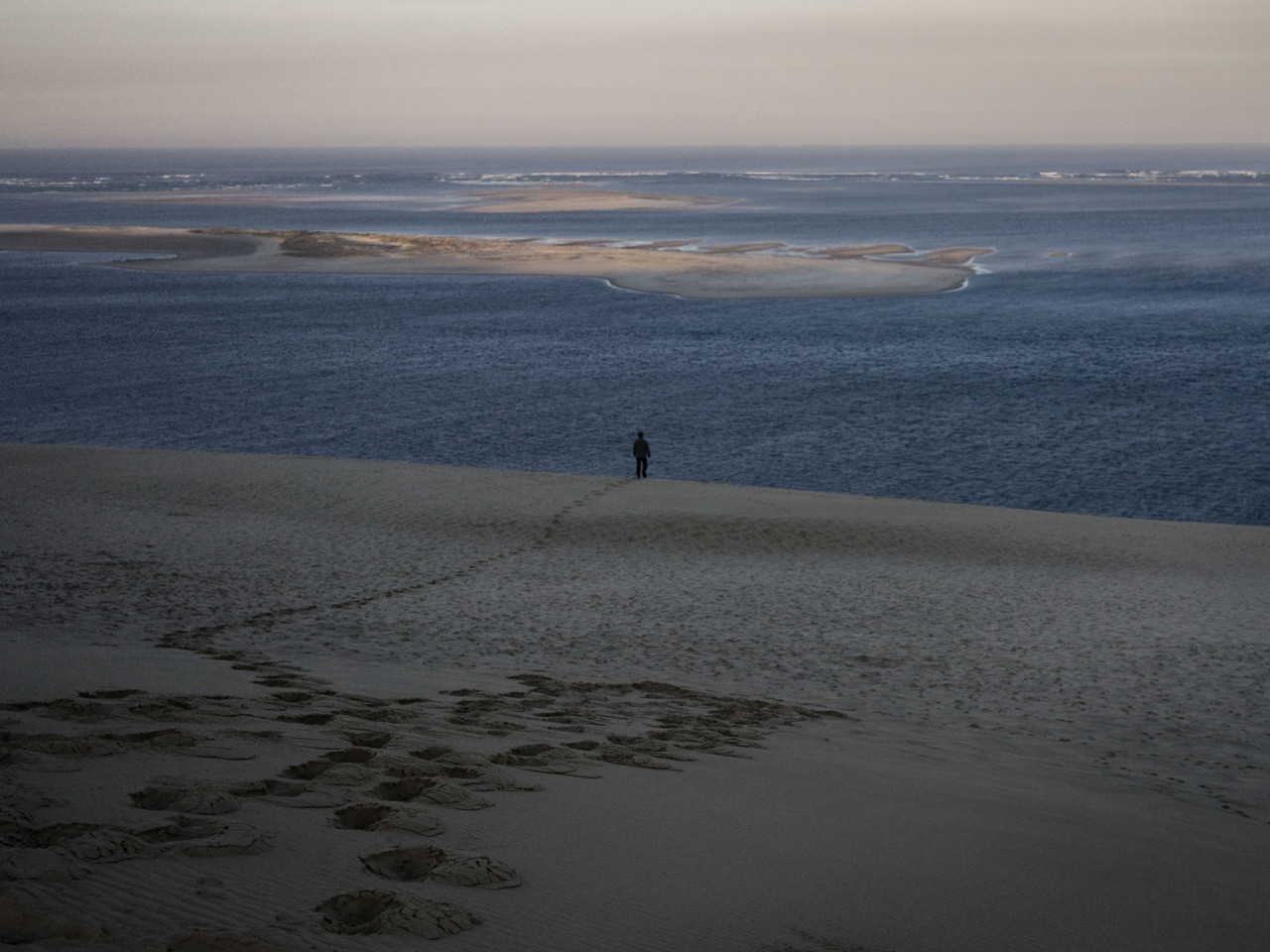 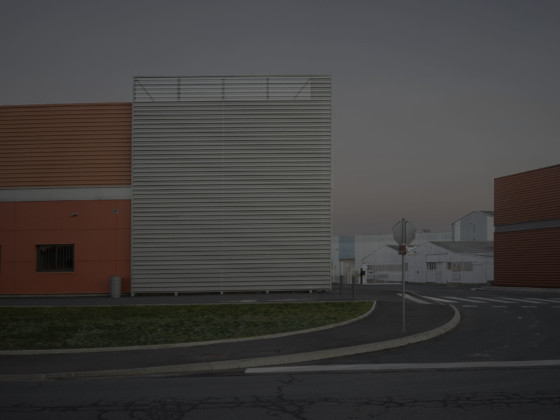 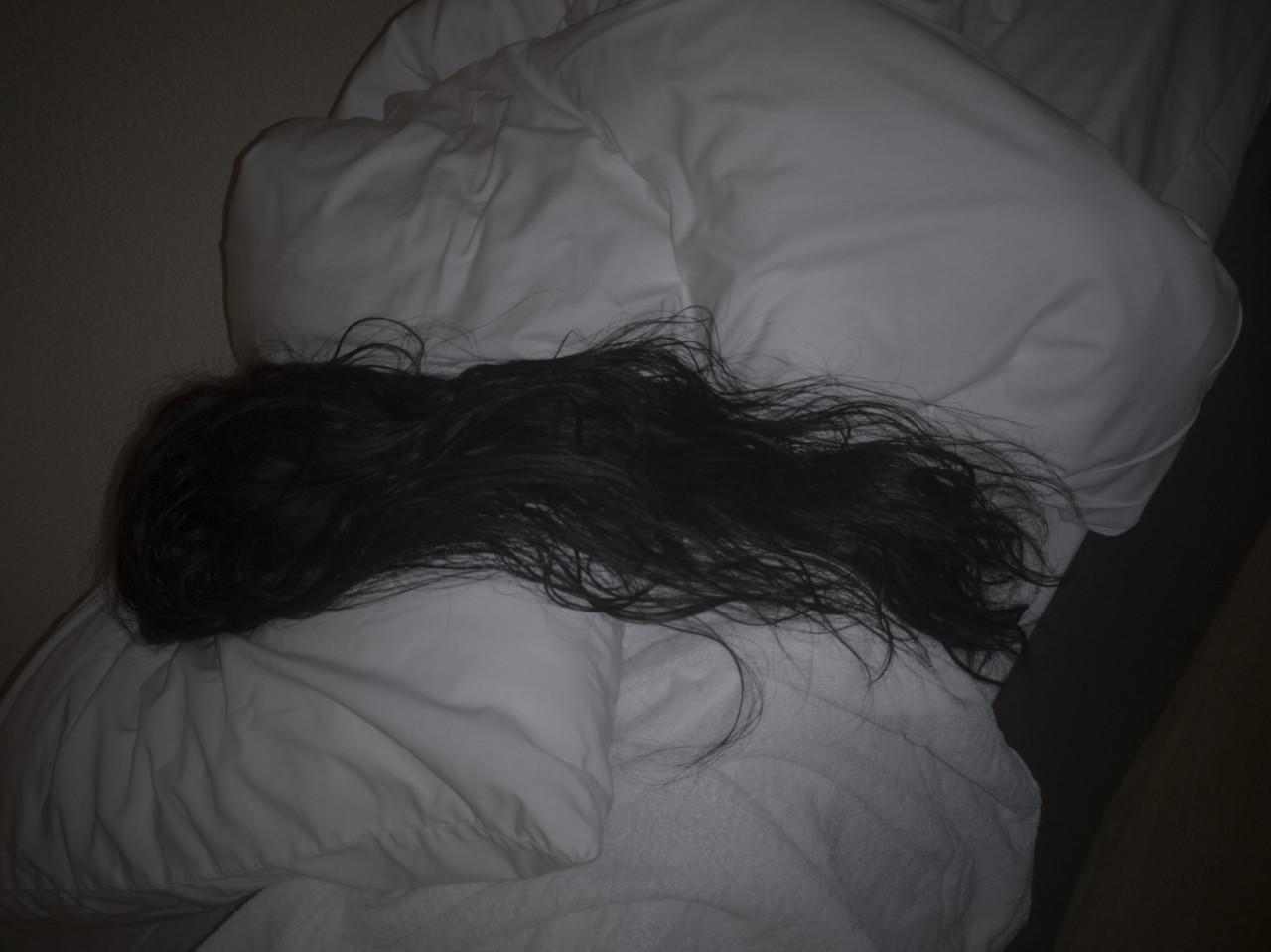 We make two symbolic detours: The first one through the village where Georges Bataille lived out the last years of his life, where he died and is buried. The second to the village where Debord lived the last years of his life and where he committed suicide. Two thinkers, maybe the most radical of their century, who rightly went the furthest in undermining this stratification of representation by weaponising its tool par excellence: thinking. Two suicided of the society of the spectacle. We thought of also visiting the psychiatric hospital where Artaud had lived. These ghosts are haunting the gilets jaunes movement without requiring them to be aware of it.

I reflect that it is a pity that this movement does not have its Marx to hand, as he exists under the form of a holy trinity, Antonin Artaud, Georges Bataille, and Guy Debord. Armed with these names and their thoughts, they would have gone as far as they wanted: the fall of representative corruption where politicians are no more than holograms of what is being represented. Ghosts against ghosts. "What we are visiting is a dismembered corpse, sliced up, vivisected to its most intimate components" All the villages that we visit are like deserts. Before, there was what you call a social life. Nowadays, everybody stays home watching TV or surfing the internet. The technology and the Capital, the spectacle of Debord, have united what was once seperate. There is no greater serial killer than these. What we are visiting is a dismembered corpse, sliced up, vivisected to its most intimate components. Traversing the diagonal du vide is a journey through these countless vacuums that the decomposing action of ultra-liberalism has sown on its way. Those vacuums are now expressing themselves through the voice of the gilets jaunes. A ghostly concert played at a national and world level.

If there is an artist capable of making these vacuums speak, it is d’Agata. To show what is not visible, to make present what can not be represented. There is a visual “spectralism” about Antoine. It is about recording the spasms of humanity that is committing suicide, which has access to all the information needed to know what it is doing, and yet does nothing to revert the trend. We documented this suicide during a week of shared driving, of stays in shady hotels, and of exploring a place between two worlds which has become unliveable: a world of a spectral representation of reality and a world that is excluded from this representation, that lives only in a ghost-like state.

Humanity is committing suicide: such is the diagonal du vide. Wisdom will never come. 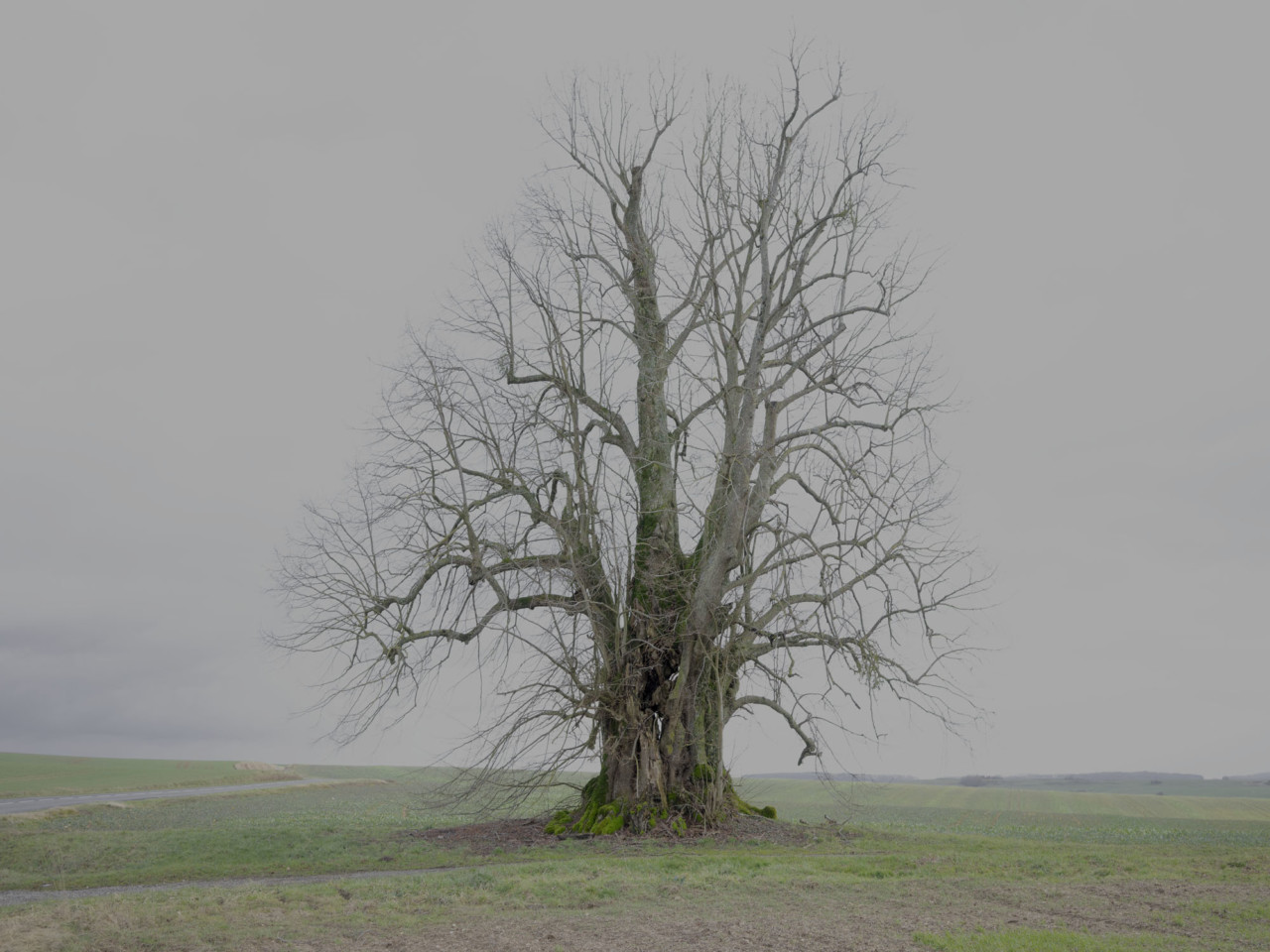