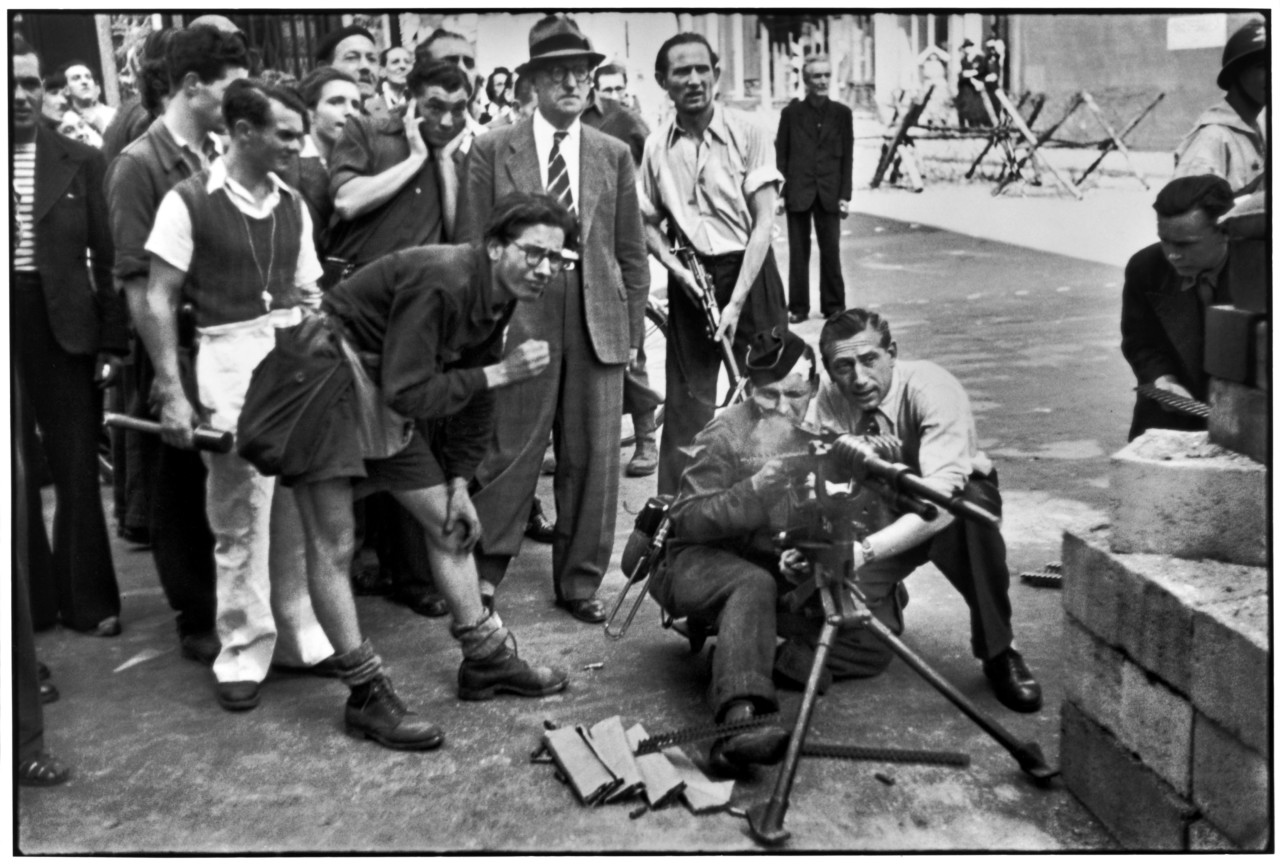 On August 19, 1944, French Resistance forces and Allied troops began their liberation of Paris, driving out the last significant Nazi opposition who had been occupying the city since June 22, 1940. Photographers Robert Capa, Henri Cartier-Bresson and George Rodger – who would come to be three of the four founders of Magnum Photos alongside David ‘Chim’ Seymour – were all there, and documented the historic scenes as the city transformed from a place of oppression to one of freedom. Rodger’s images made during the liberation of the city were exclusively for LIFE Magazine, and accordingly do not feature here, though he does – in a photograph by Cartier-Bresson, below.

Cartier-Bresson had joined the French Army as a corporal in the Film and Photo unit in 1939 but had been captured by German soldiers a year later. He spent 35 months in prisoner-of-war camps, eventually managing to escape on his third attempt. In 1943, he dug up his Leica camera, which he had buried in farmland near Vosge, and worked underground to cover the Occupation and, in 1944, the liberation of Paris. 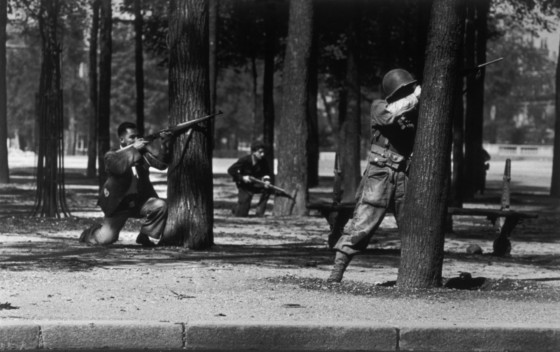 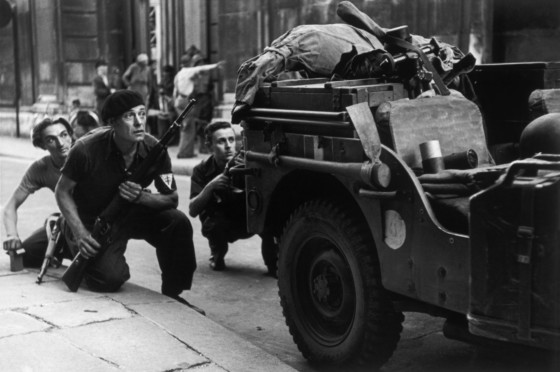 "The road to Paris was open, and every Parisian was out in the street to touch the first tank, to kiss the first man, to sing and cry" 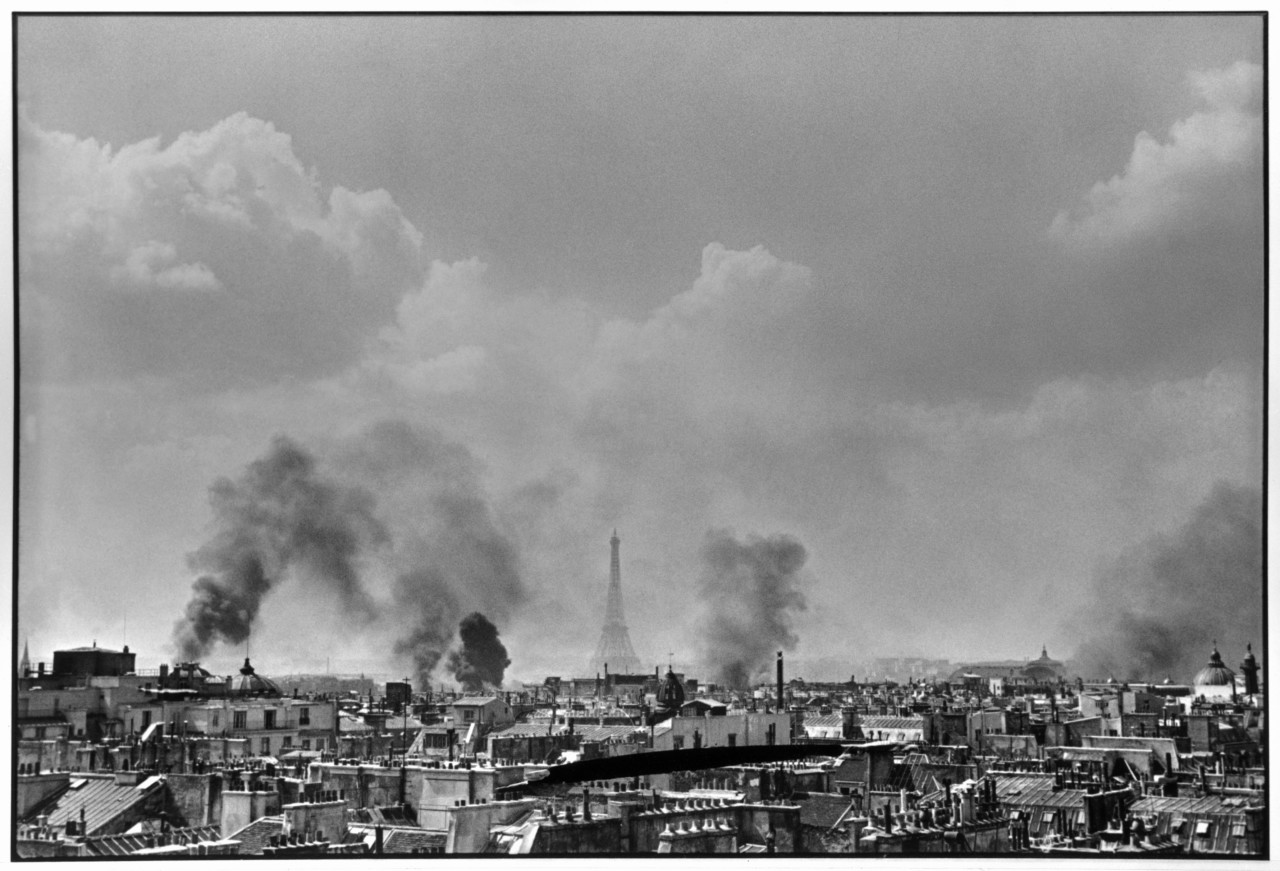 Capa had been photographing alongside US forces throughout much of the war – capturing the invasion of Sicily and colour images of the air war. More recently, following his coverage of D-Day, he had joined the Allied push south toward Paris, ultimately joining the liberating forces —spearheaded by the French 2nd Armored Division—in the early hours of August 25, a short distance south of Paris. He and the Division were greeted with what he described as a “delirious welcome” on the outskirts of the city, which had been Capa’s home before the outbreak of war.

In his memoir, Slightly Out of Focus, Capa describes that monumental day: “The road to Paris was open, and every Parisian was out in the street to touch the first tank, to kiss the first man, to sing and cry. Never were there so many who were so happy so early in the morning,” he wrote. “I felt that this entry into Paris had been made especially for me. On a tank made by Americans who had accepted me, riding with the Spanish Republicans with whom I had fought against facism long years ago, I was returning to Paris — the beautiful city where I first learned to eat, to drink, to love…” 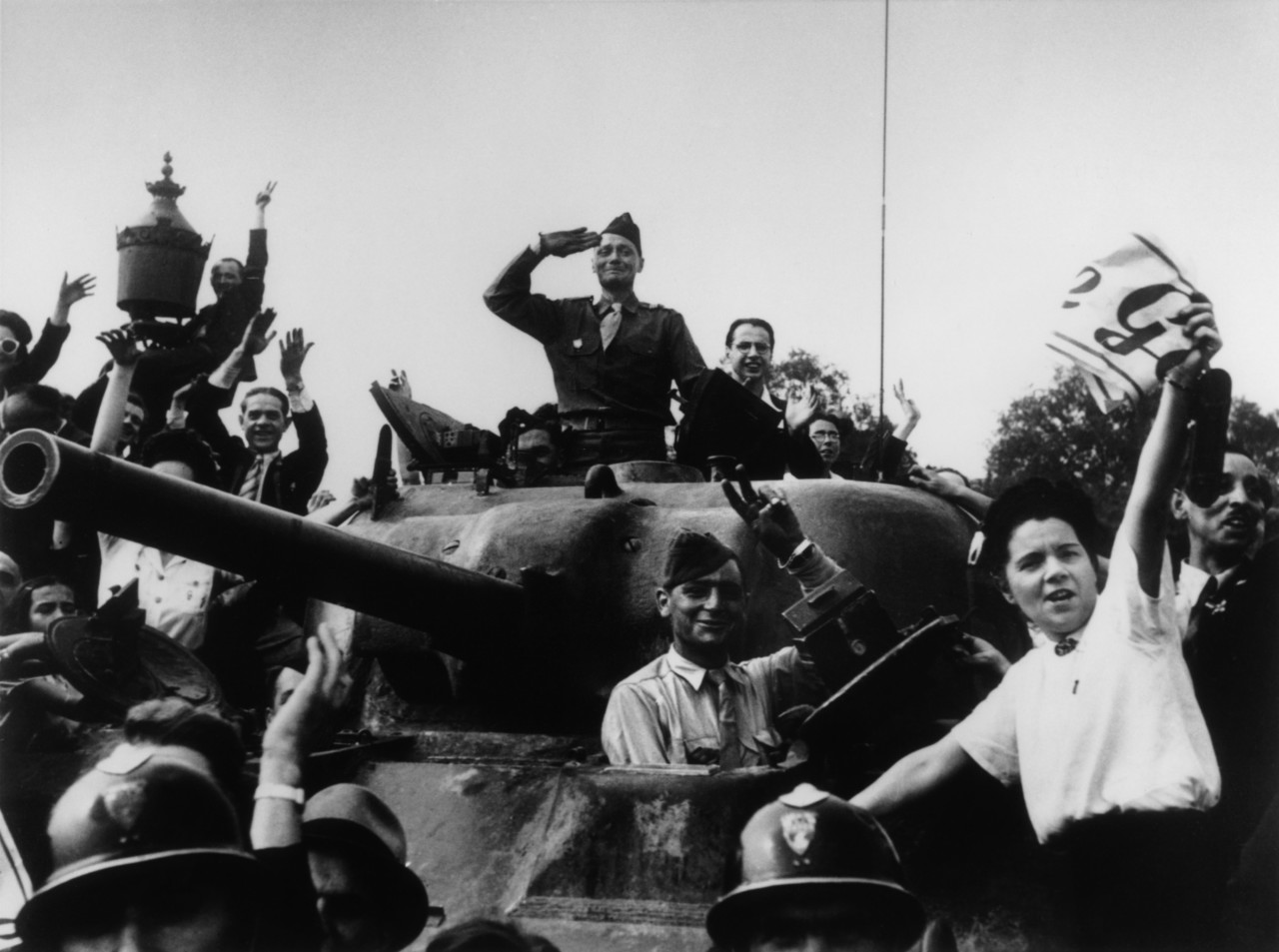 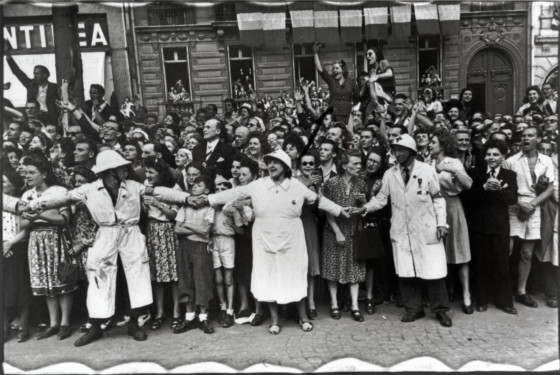 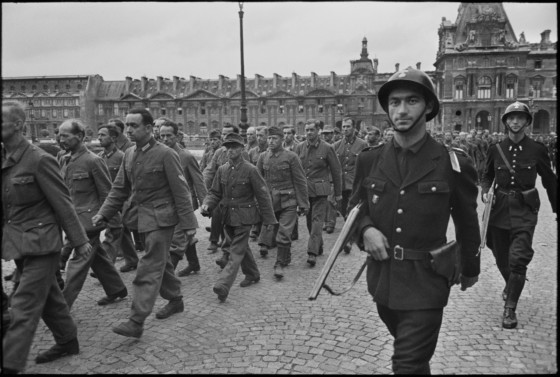 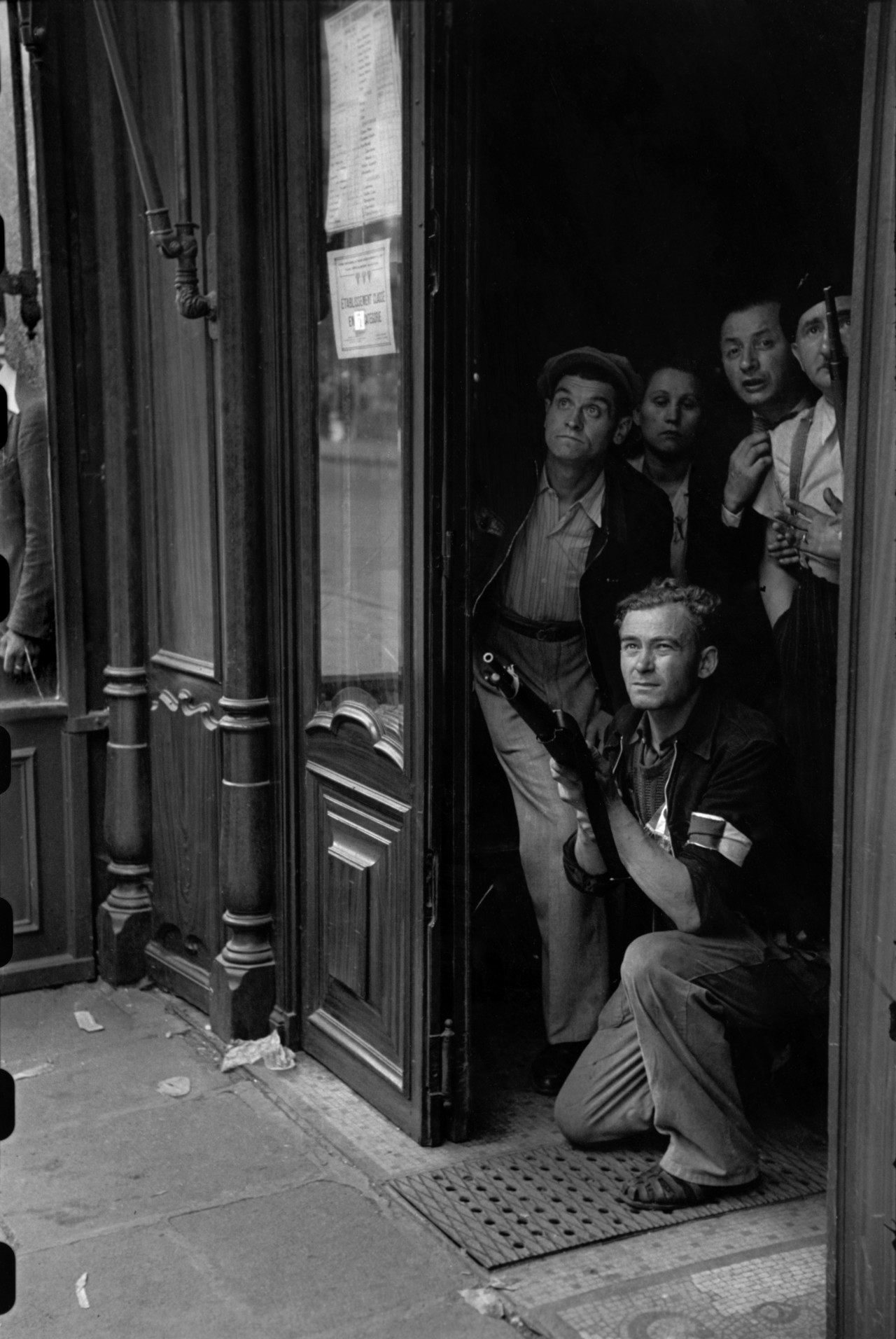 Their first stop was in front of the Cafe de Dome in Montparnasse, writes Capa, where his favourite table lay empty. “Girls in light printed dresses climbed up on our tank and ersatz lipstick soon covered our faces,” he said. “Around the Chamber of Deputies we had to fight, and some of the lipstick got washed off with blood. Late in the evening, Paris was free.” That night at City Hall, General Charles de Gaulle declared: “Paris! An outraged Paris! A broken Paris! A martyred Paris! But…a liberated Paris! Liberated by itself, liberated by its people with the help of the armies of France, with the support and the help of all of France, of the fighting France, of the only France, the real France, the eternal France!” 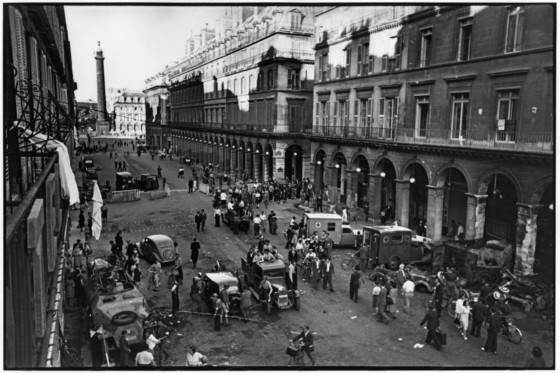 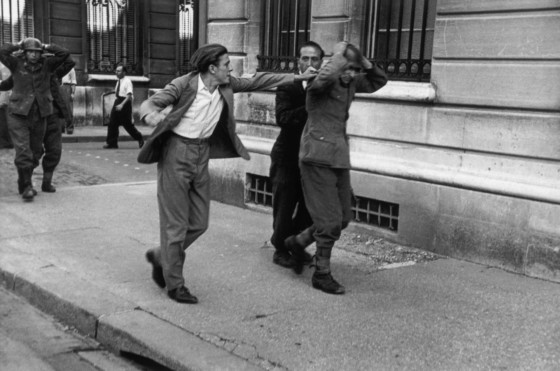 Robert Capa © International Center of Photography After the entry of the French 2nd Armored Division, numerous pockets of German snipers had to be rooted out in street fighting. Many French civilians and members of the Resistance helped the Frenc (...)
h troops in this fighting. This photograph shows a French civilian who was unable to contain his wrath against a German soldier who had surrendered. Paris. August 25th, 1944. © Robert Capa © International Center of Photography | Magnum Photos
License | 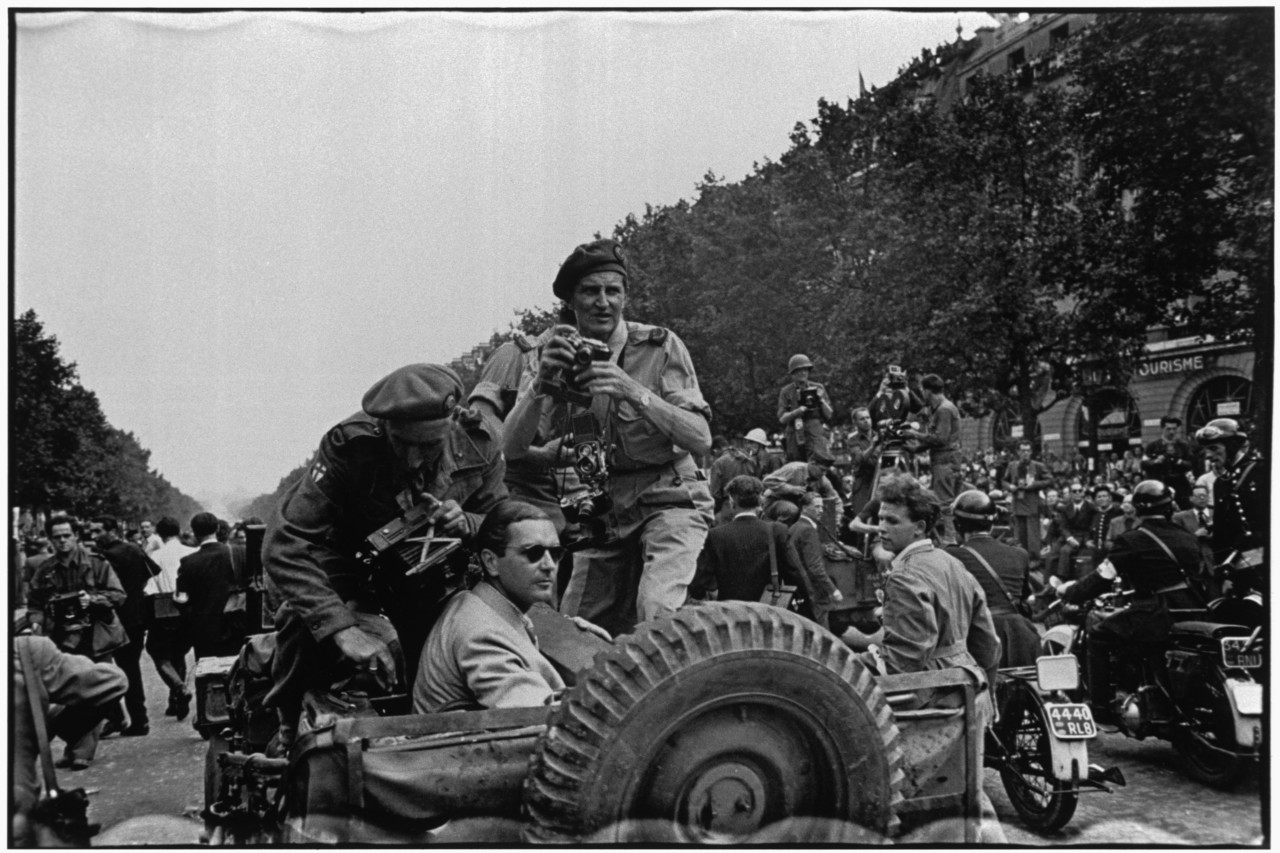 His elation was shared by all who had fought fascism during the war. The day after Paris was liberated, August 26, people turned out en masse for a joyous parade led by De Gaulle down the Avenue des Champs-Elysees. But the mood was suddenly shattered when sniper fire from buildings overlooking the Place de l’Hotel de Ville wounded several bystanders. Some five thousand people took shelter behind cars and trucks; but the few isolated German snipers who remained were soon rounded up and the festivities continued.

The liberation of Paris was a significant event in the closing chapters of WWII; it marked the end of the collaborationist Vichy French regime and the restoration of the French Republic. But it would take a further nine months before Nazi Germany finally surrendered. 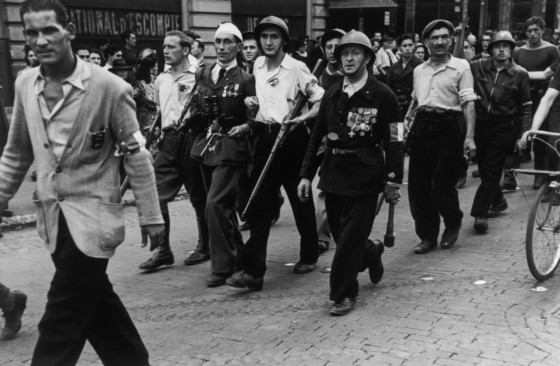 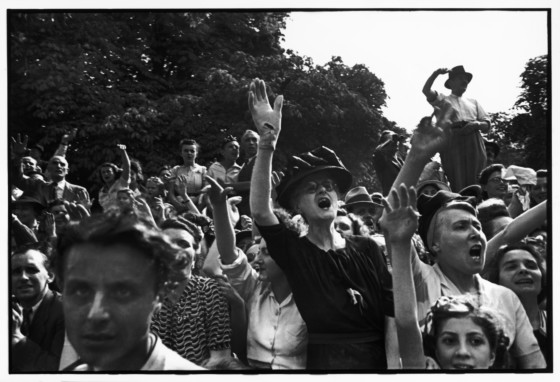 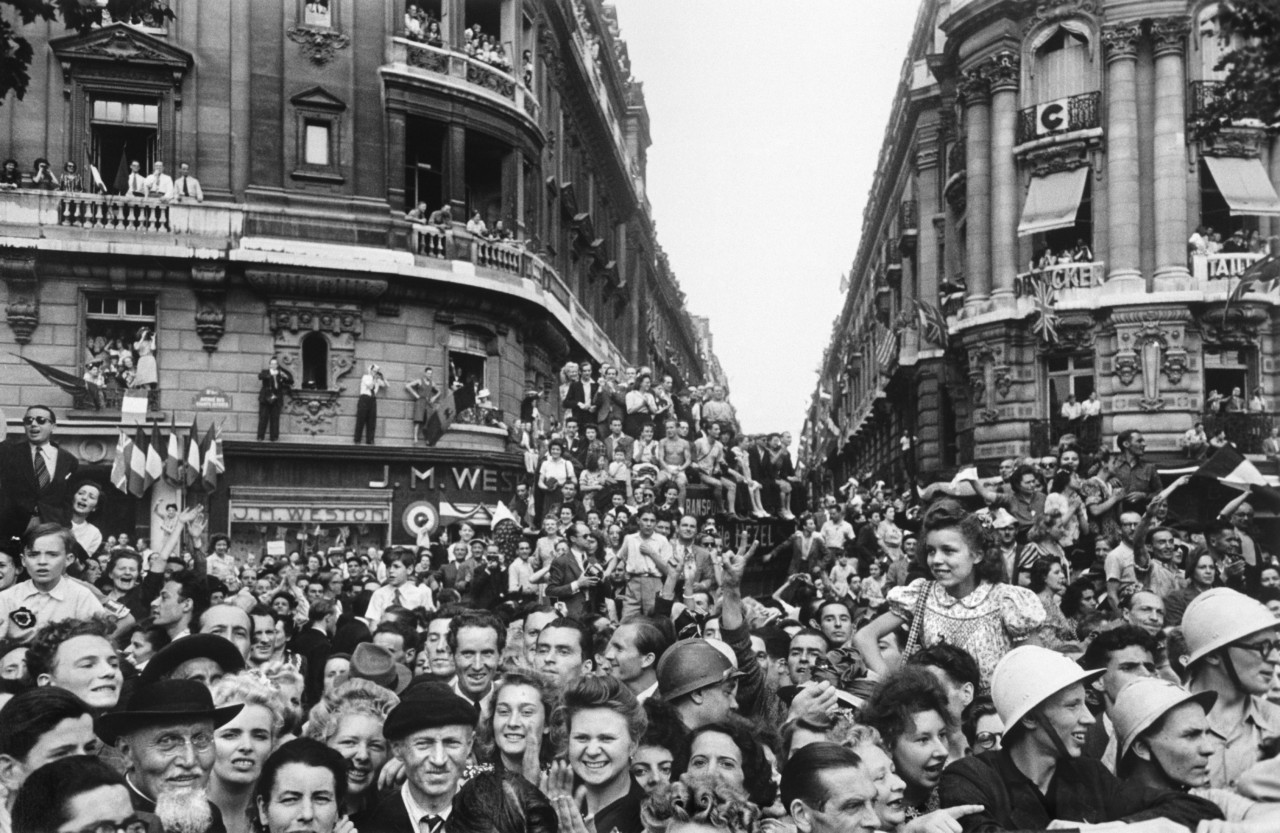