Robert Capa photographed the breaking of the siege of Bastogne, and the capitulation of German Forces in one of their last offensive operations of the war 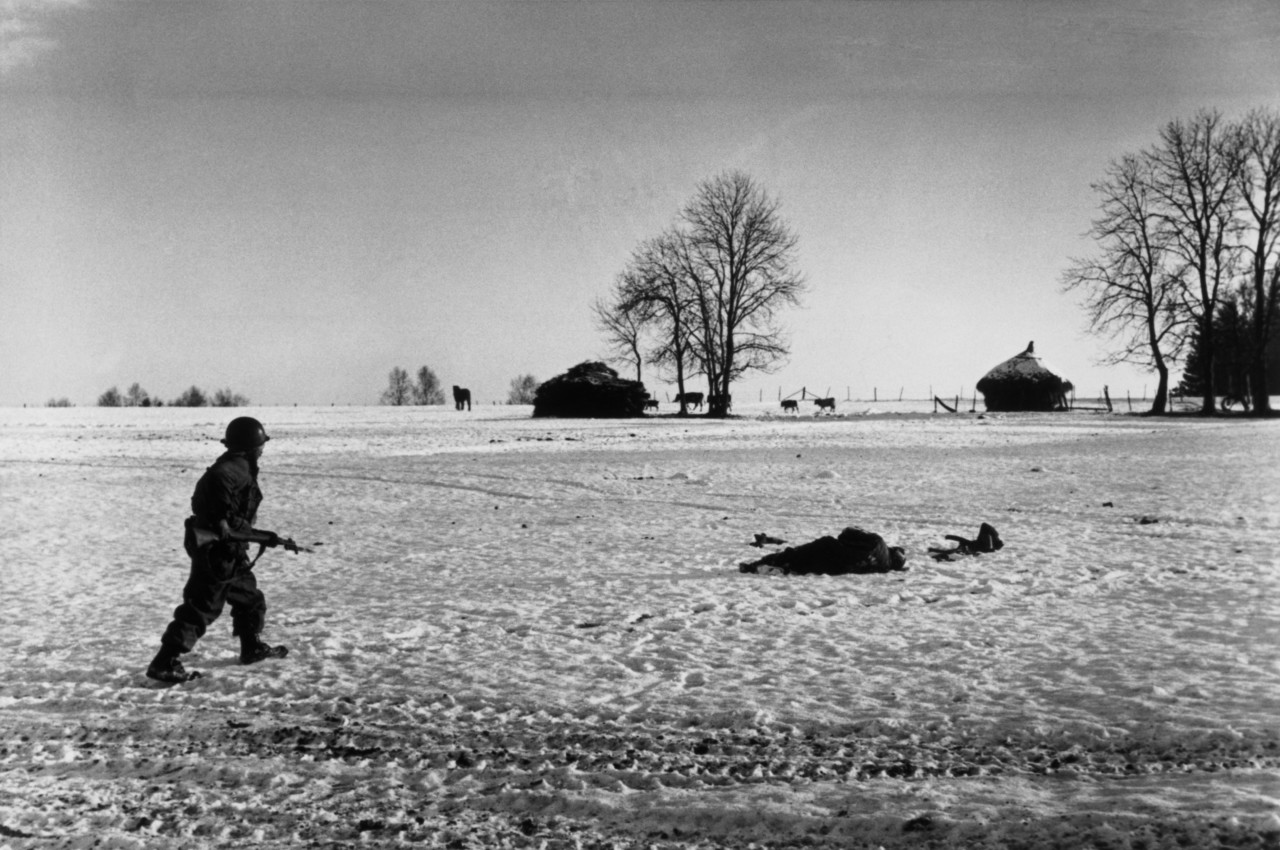 On the night of December 15-16, 1944, Marshal von Rundstedt, the German High Commander, launched an attack across the heavily wooded Belgian Ardennes in the hope of capturing Antwerp – the principal Allied port of supply. Taking the city would, by German estimation, avert the invasion of Germany from the West and allow for a negotiated peace.

The Germans had – following D-Day and the battle for Normandy – been in retreat, the rapid American-led advance stretching Allied supply lines and exhausting troops. The audacious counteroffensive caught the American forces occupying the region off-guard, resulting in heavy losses and the Germans retaking ground – the ‘bulge’ they forced into allied lines giving the battle its most popular, though unofficial name. Also known as the Ardennes Counteroffensive, the Battle of the Bulge was to constitute the last large-scale German offensive on the Western Front. 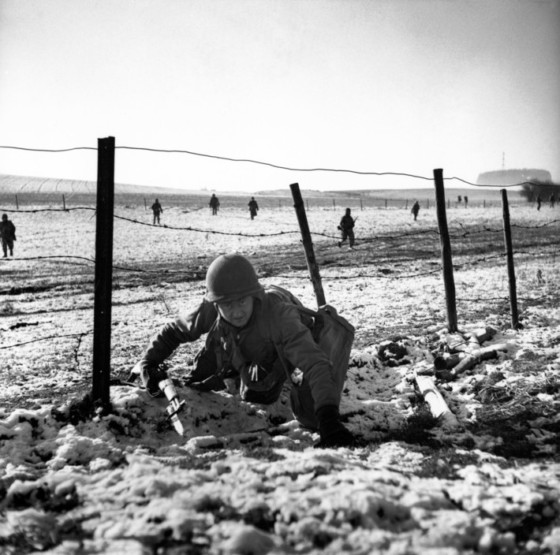 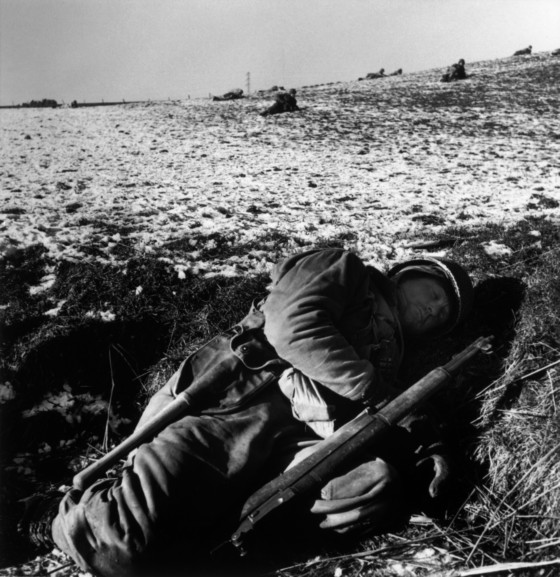 The town of Bastogne, near the southern end of the German line of advance, became a key location in the battle: fierce fighting there slowing the German advance. This defense ultimately led to the encirclement of the town by German forces on December 21 – with the American 101st Airborne Division (as well as the 969th Artillery Battalion, and Combat Command B of the 10th Armored Division) still in it. 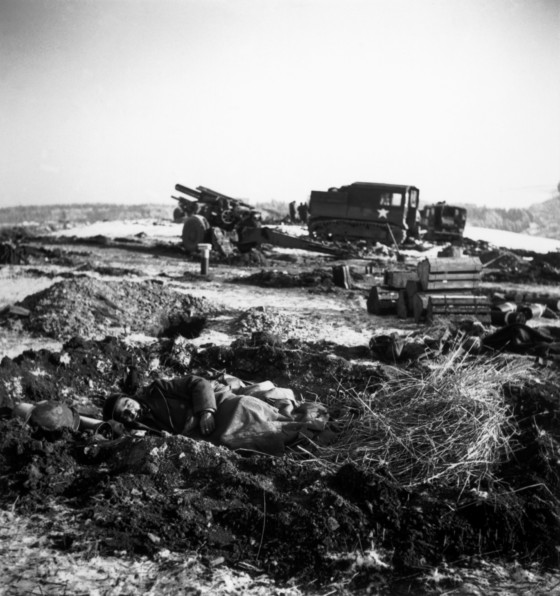 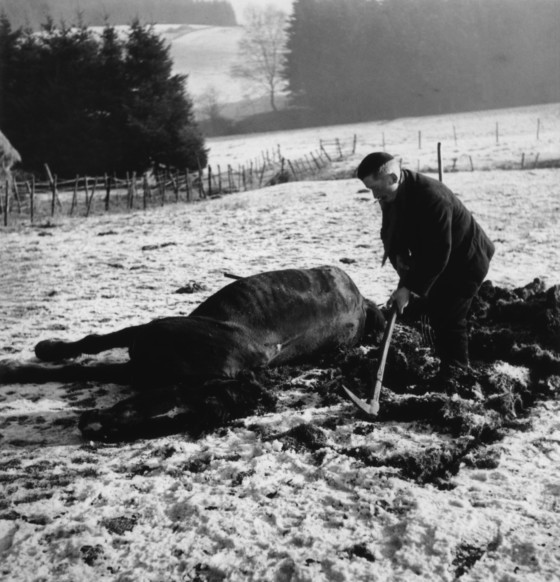 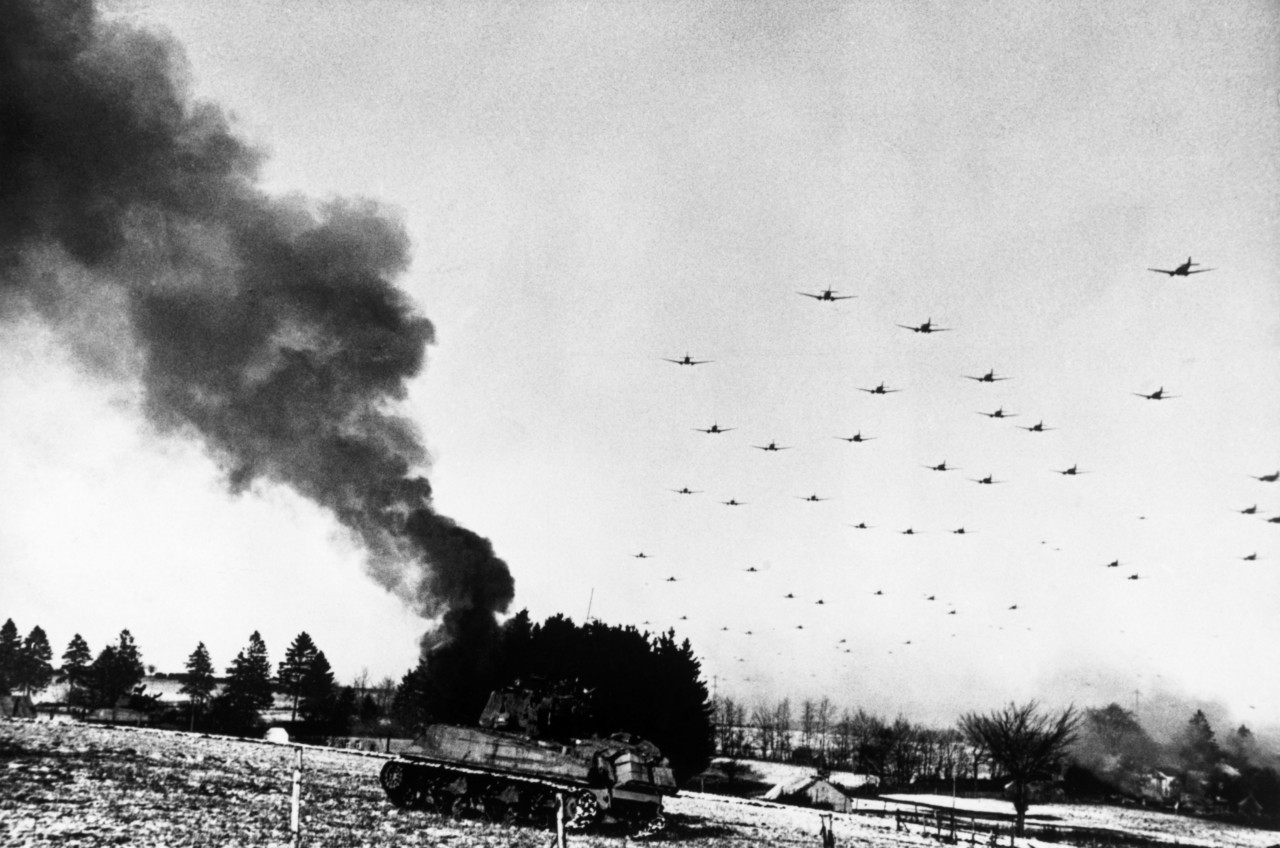 Magnum co-founder Robert Capa was attached to the 4th Armored Division as a photographer as it fought toward the surrounded 101st. Richard Whelan notes, in the biography Robert Capa, that the German resistance may have been stiffened by propaganda claiming that every member of the 4th was both ‘a bastard and a matricide’ – the assumption presumably being that such men were unlikely to treat POWs well.

On December 23 the weather cleared, allowing Allied air superiority to come into play, with supplies dropped to the 101st, and German forces attacked from above. The same clearing of weather resulted in the freezing of mud, notes Whelan, which in turn allowed American tanks to advance off-road, avoiding German defenses. 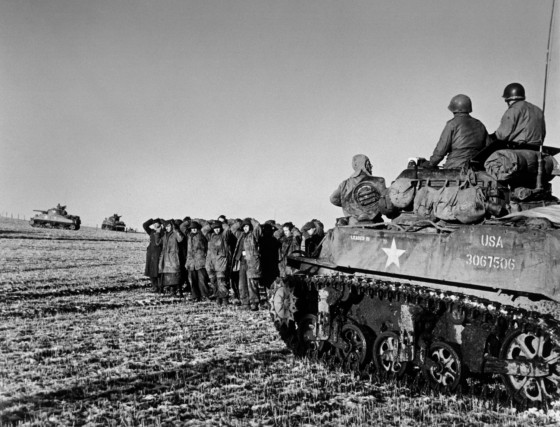 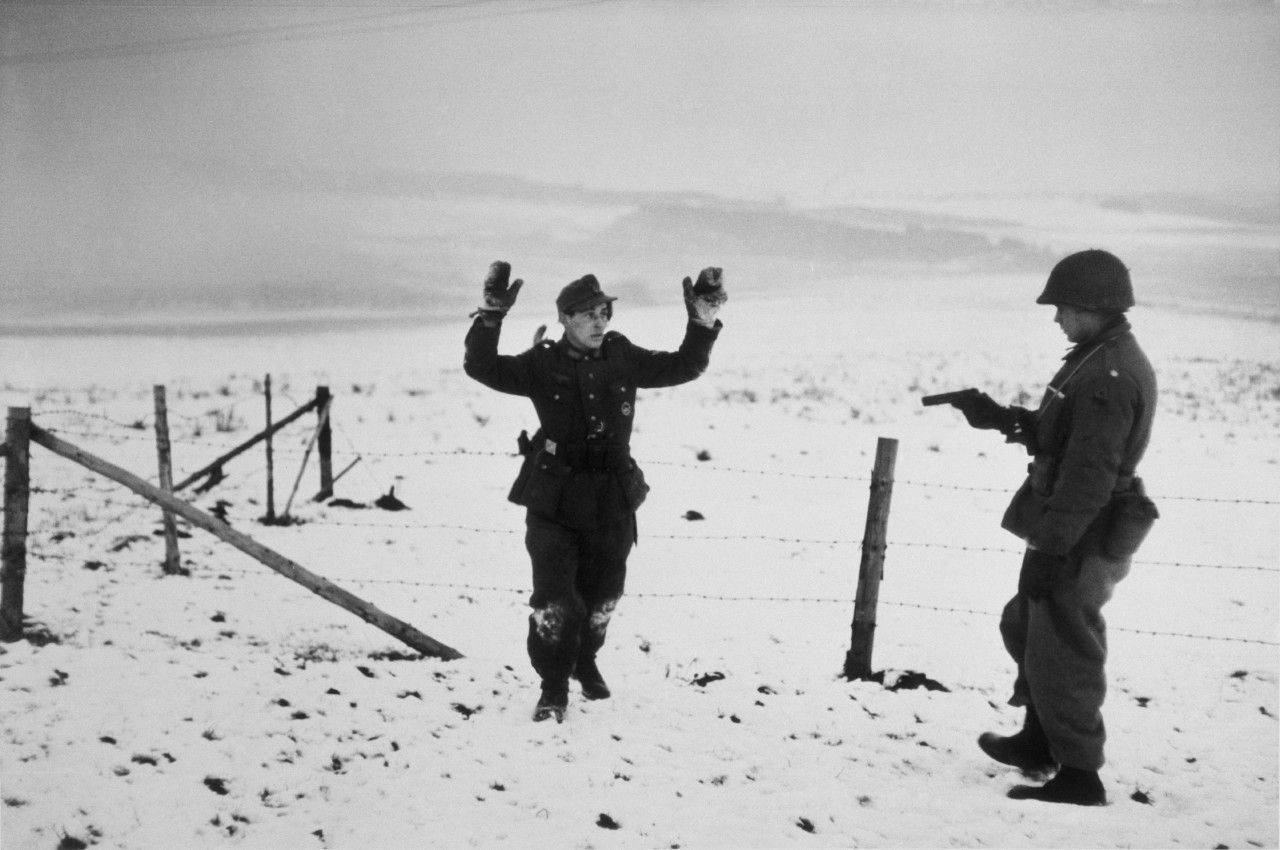 That day Capa accompanied tanks and infantry of the 4th as they made their ultimate assault on the besieging Germans on the outskirts of Bastogne. Within a matter of hours, in spite of fierce German fire, the lead tanks of the attack had met up with the 101st within the town.

Capa recalled of the later stages of the battle: “The Germans were tough in their well-prepared fortress, but not so tough that they fought to the last German – only to the first American that got close enough to be dangerous. Then they threw up their hands, shouted ‘Kamerad!’ and asked for cigarettes.” [Robert Capa 1913-1954, ICP Library of Photographers, 1974]

Ultimately – the failure of the German counteroffensive allowed the Allies to focus on their push West, toward Germany. British prime minister Winston Churchill described the Battle of the Bulge as “the greatest American battle of the war”.