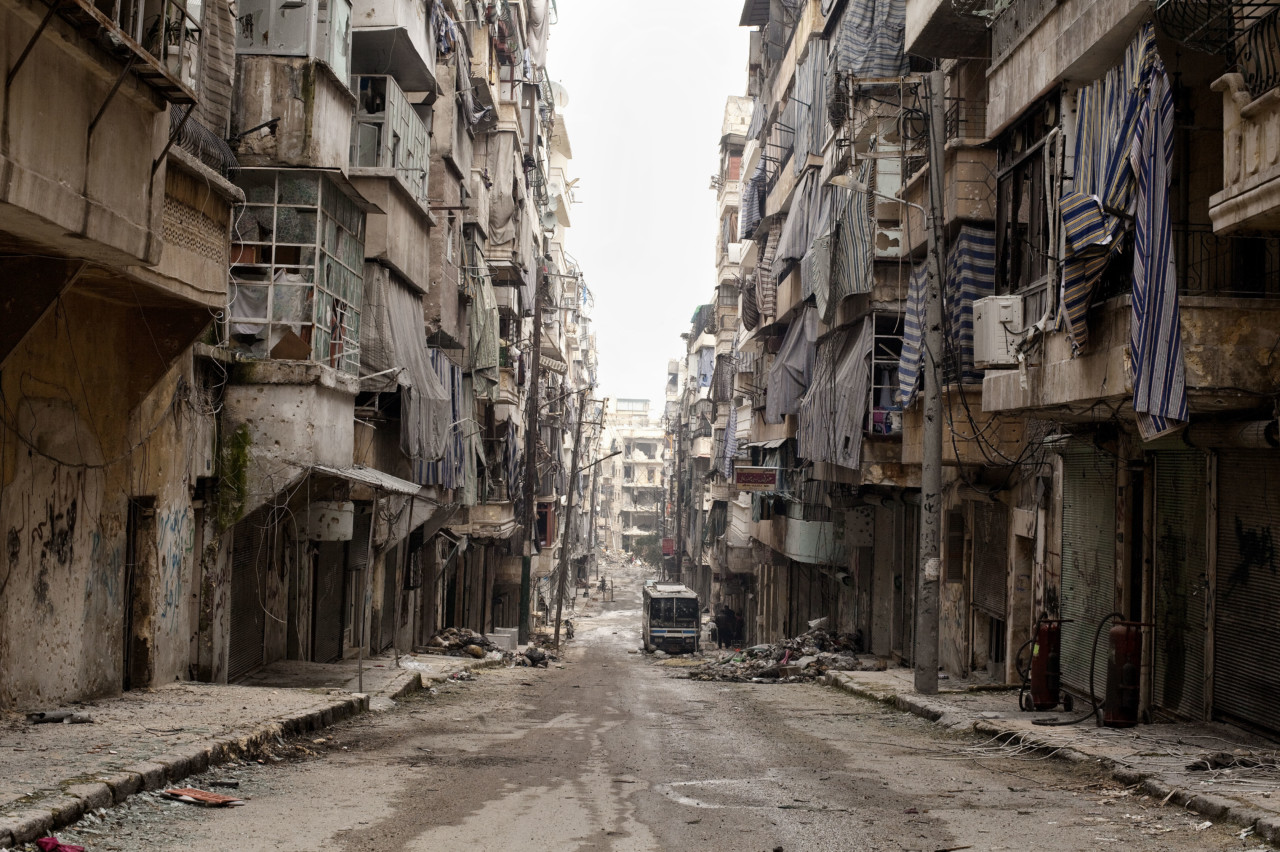 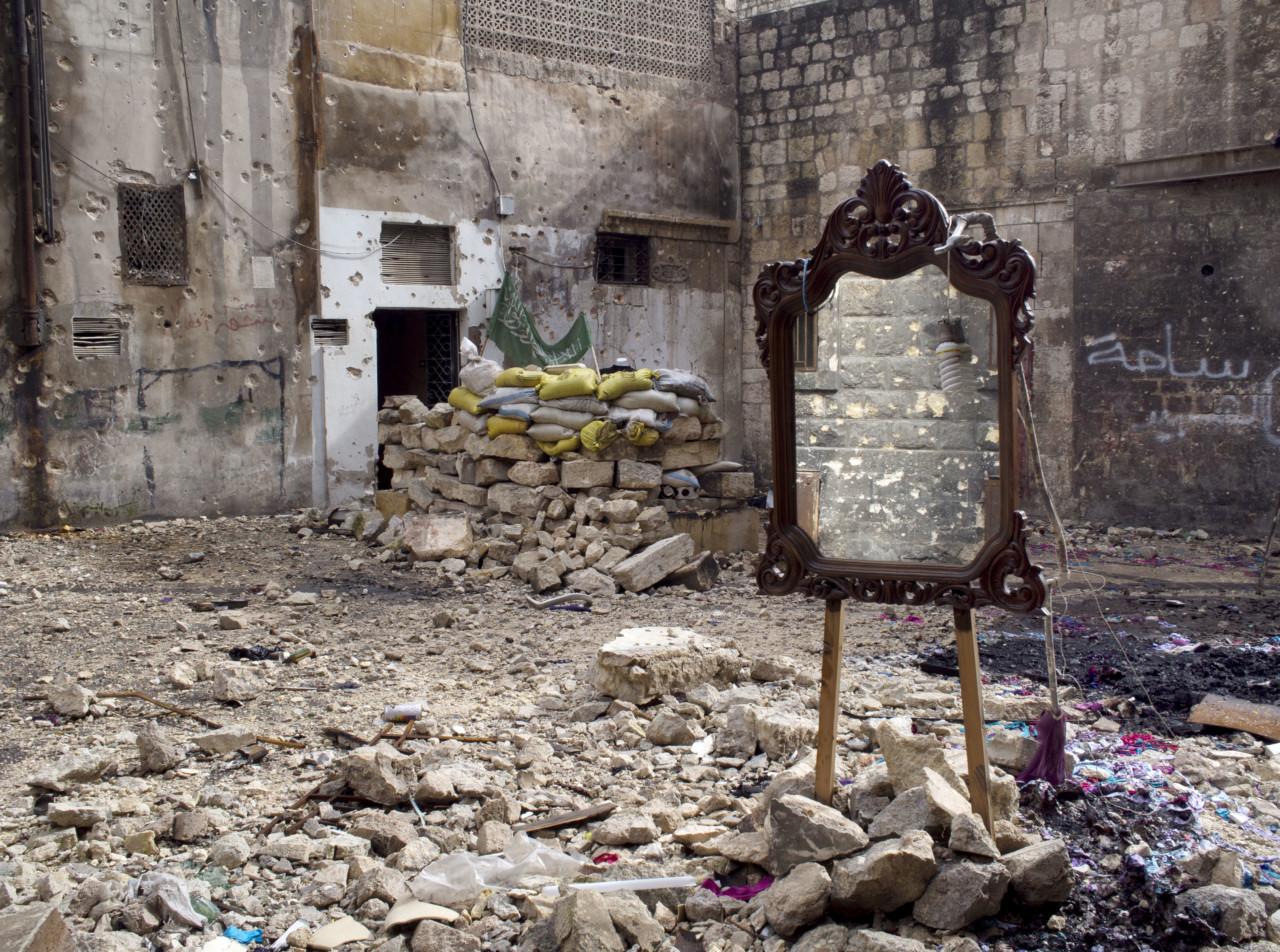 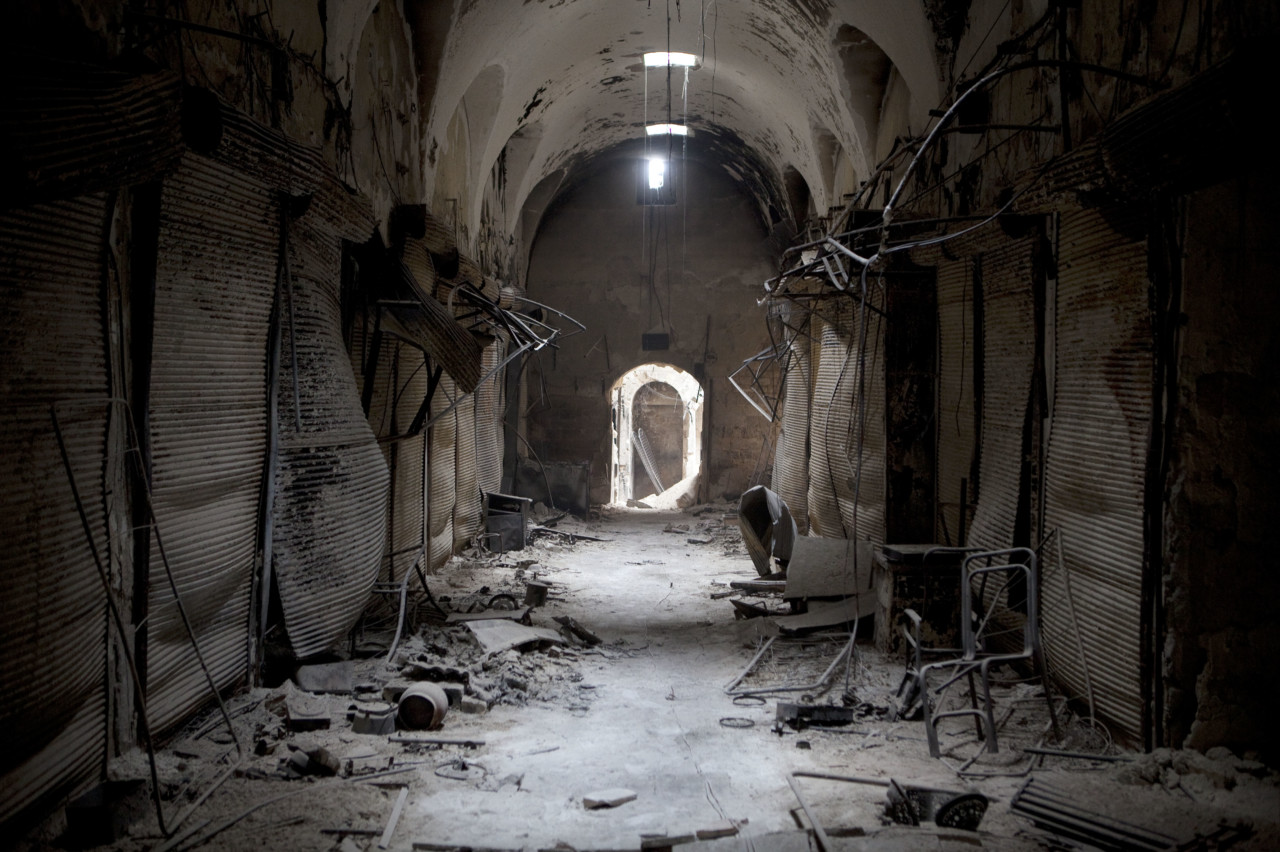 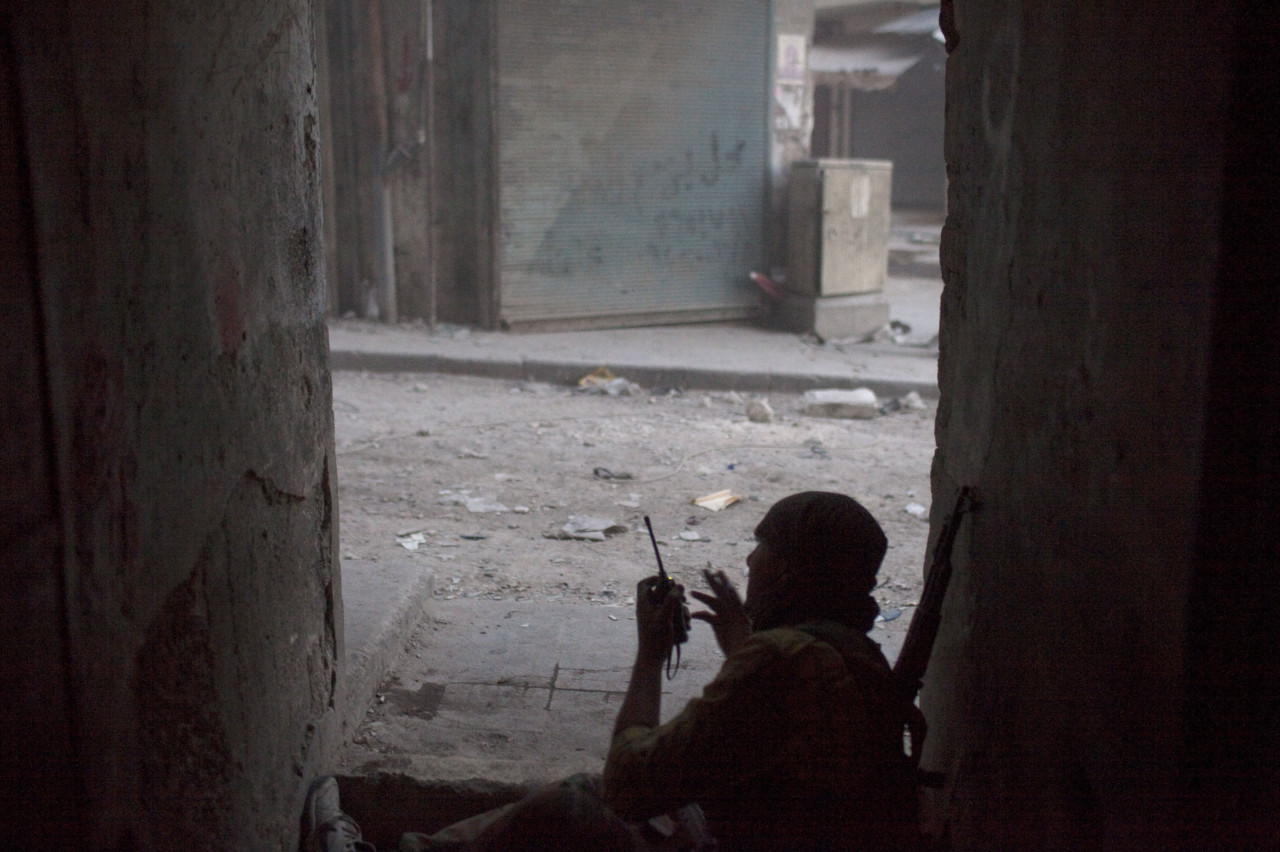 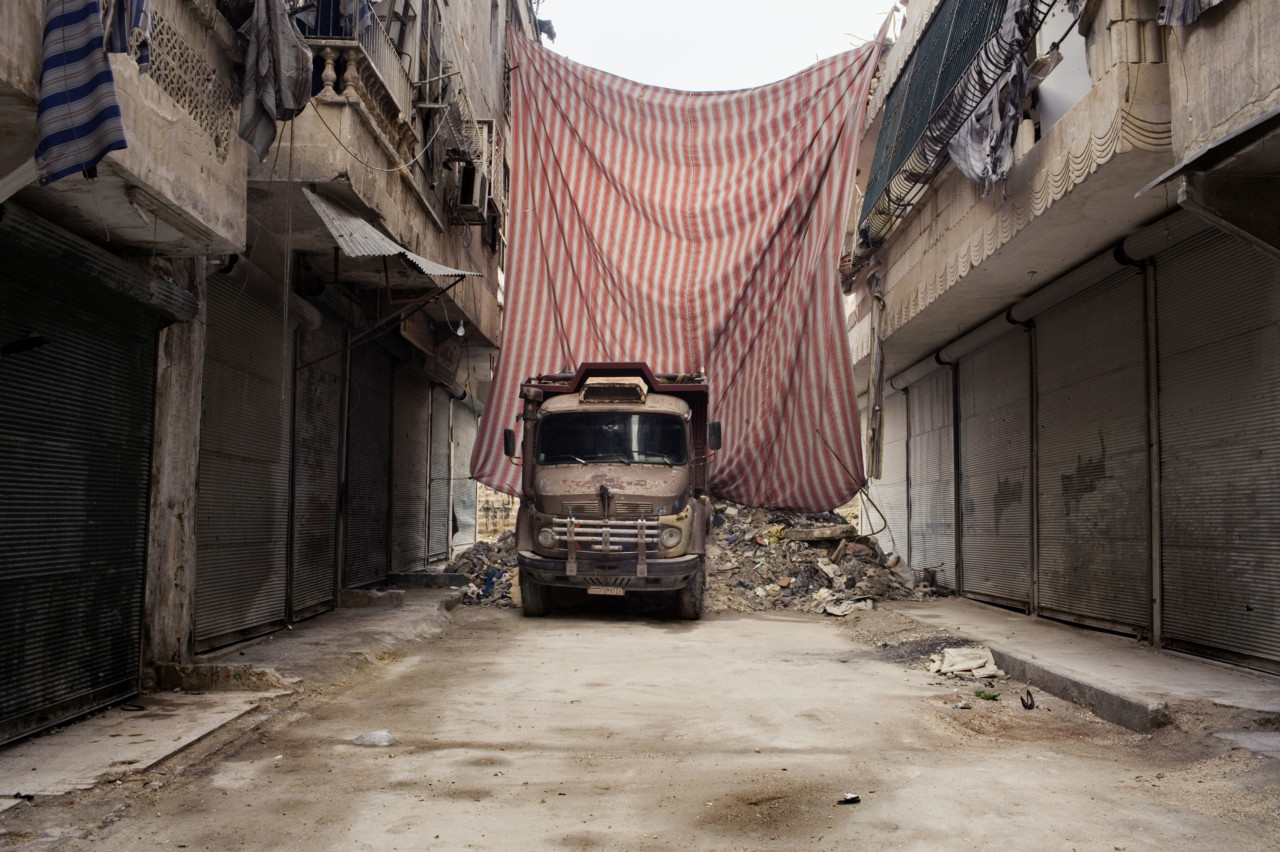 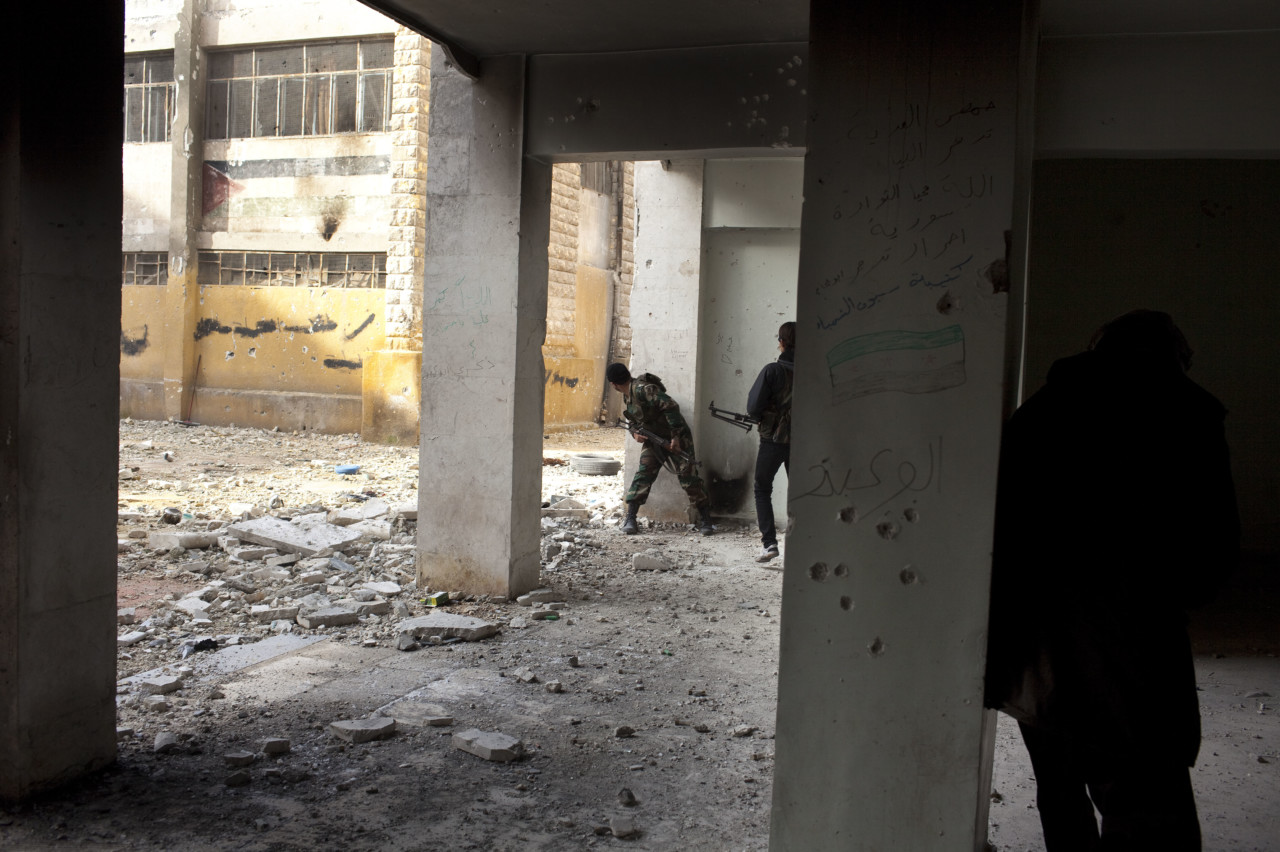 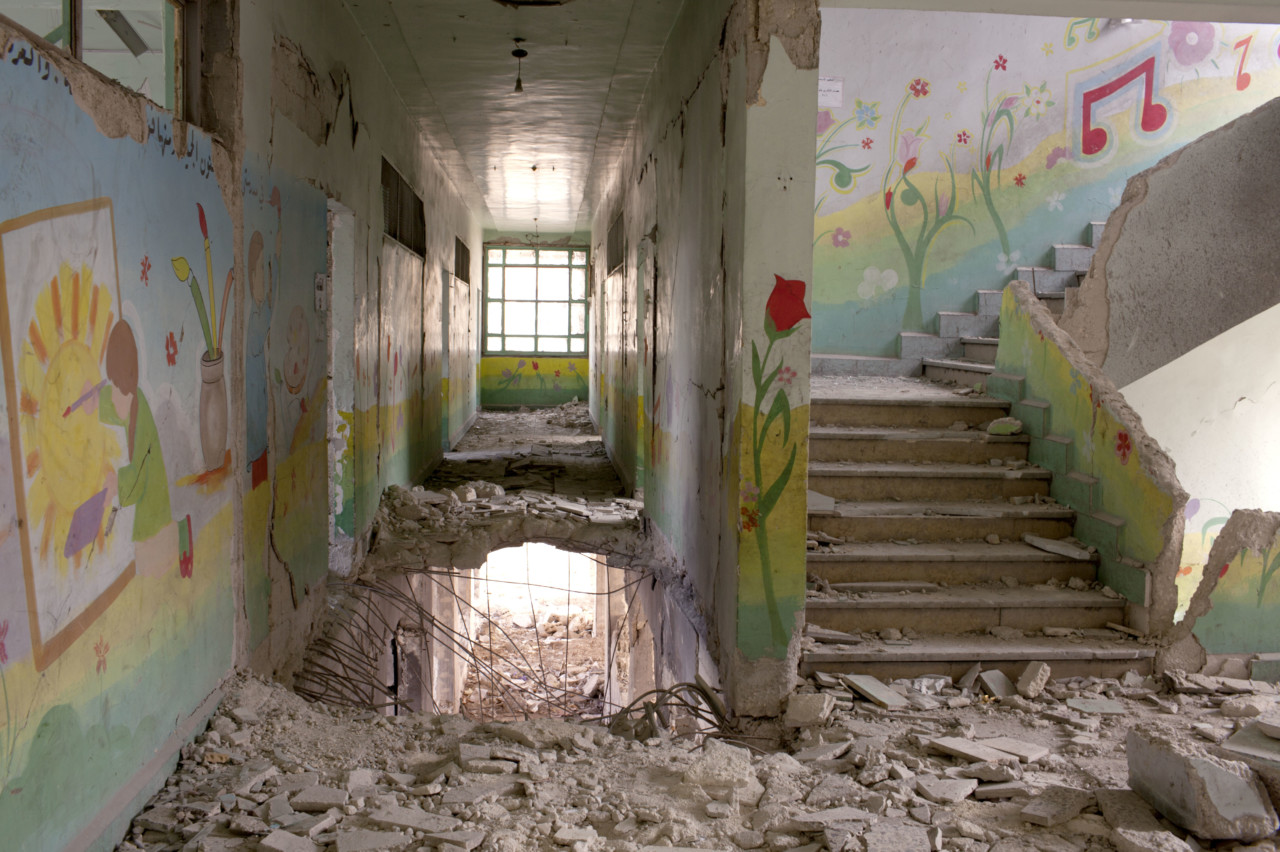 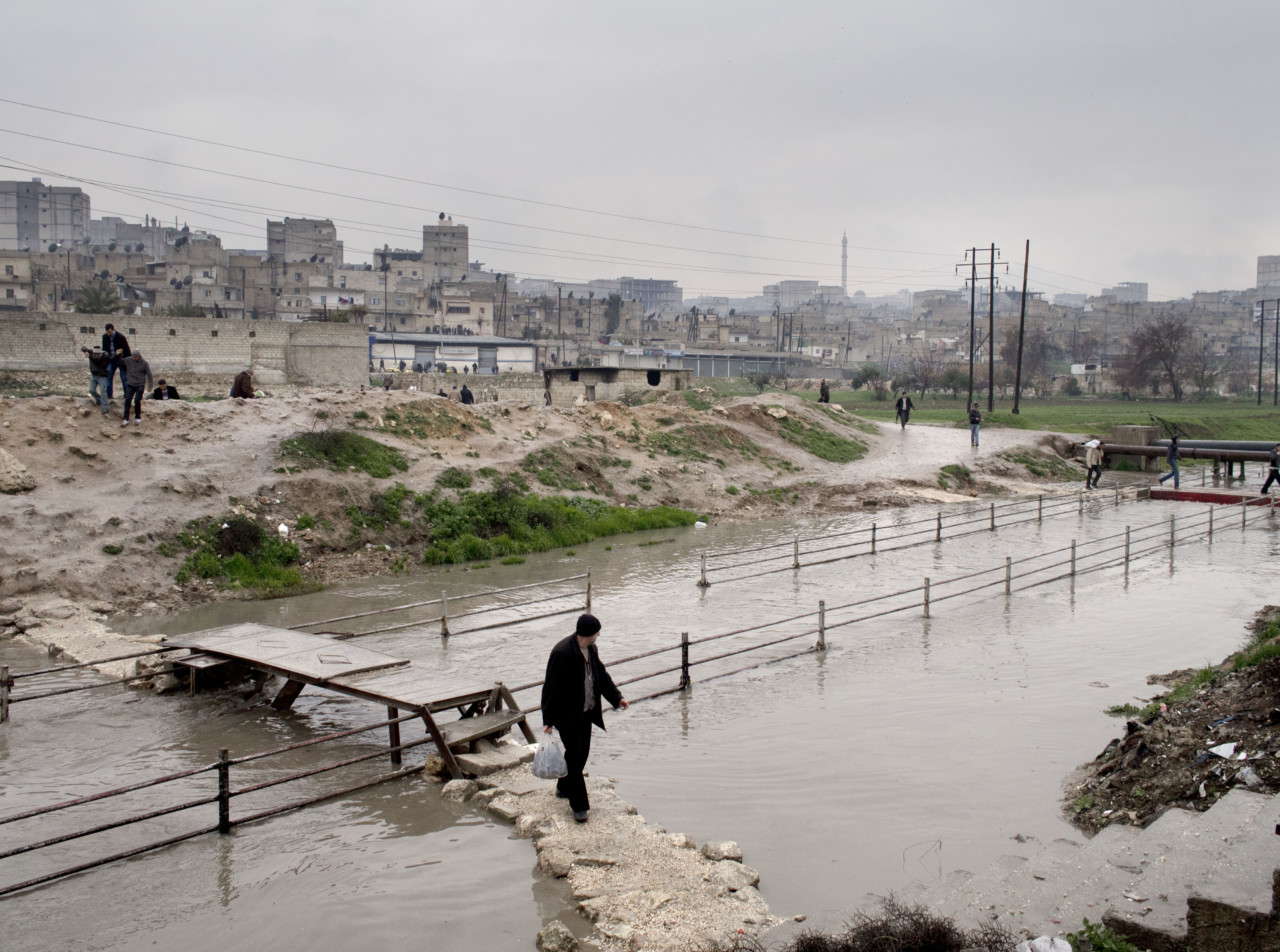 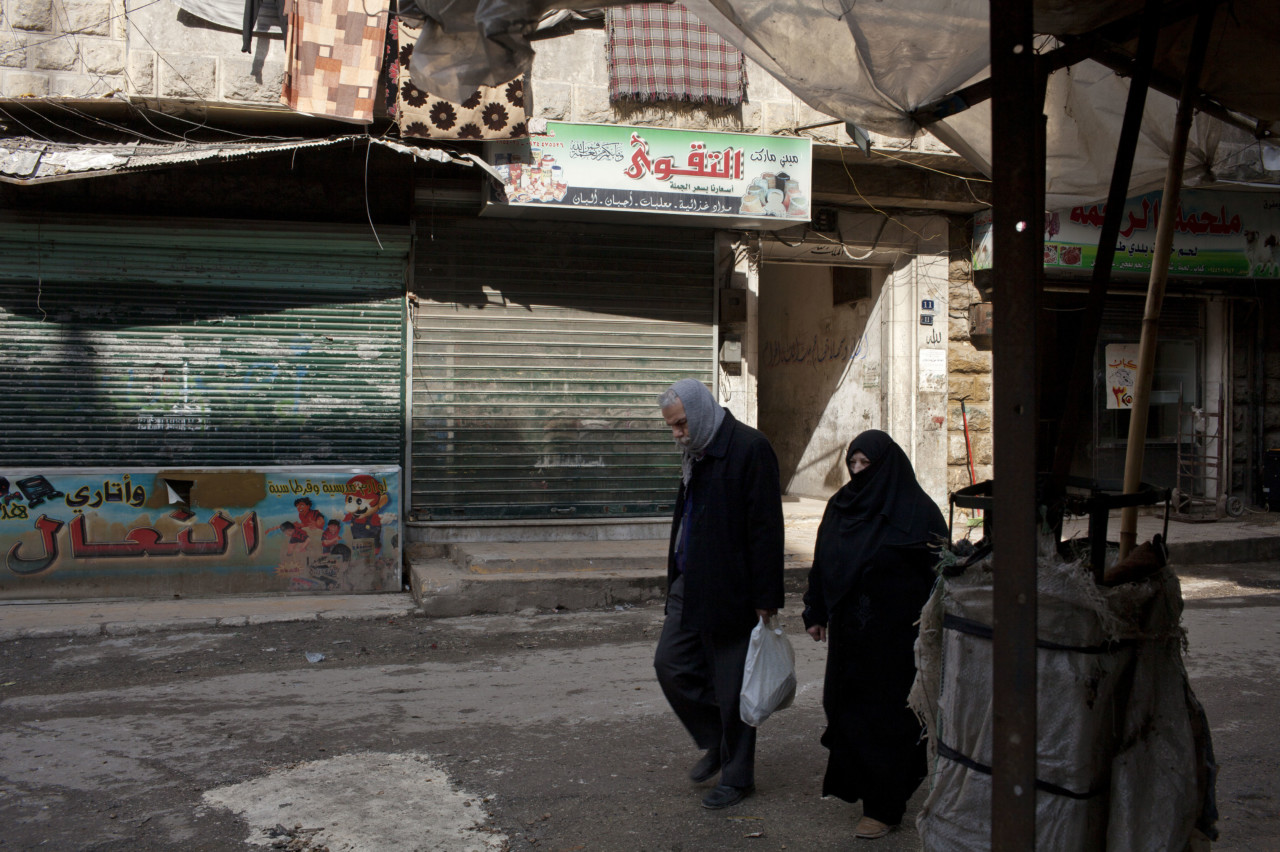 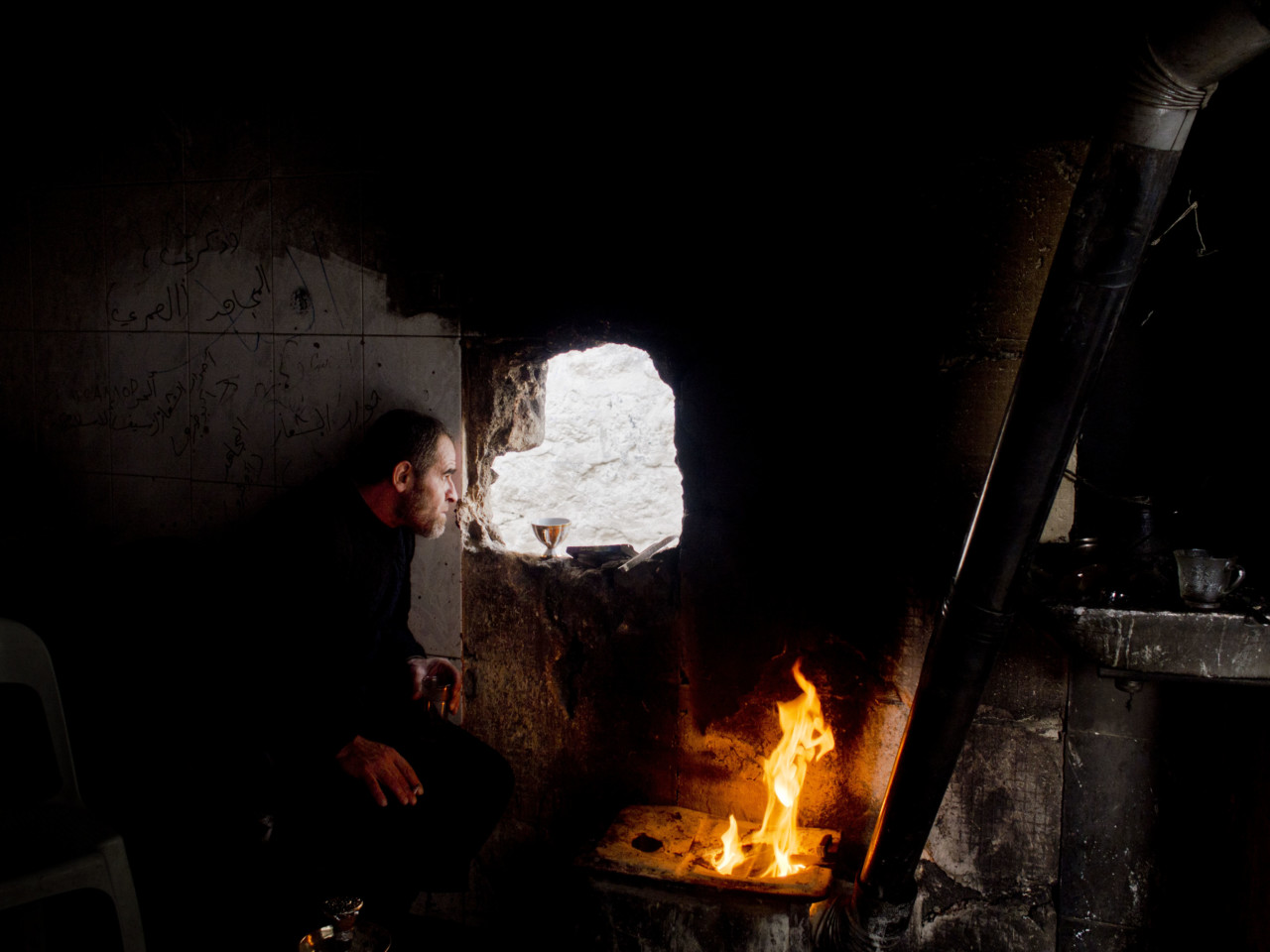 Over the last weeks, the Syrian capital of Aleppo has suffered its worst bombardments in months, despite a US-Russian ceasefire being brokered. Following a US-led coalition strike on a Syrian army post, the truce ended after a week. The UN sent in humanitarian aid via a convoy of 31 trucks carrying food intended for tens of thousands of people cut off in the west of the city of Aleppo. Sixteen of its trucks were destroyed, killing 20 people, whilst an estimated 1 million Syrians live in besieged areas in dire need of aid. As air raids continued to bombard the city, the US had warned that the ceasefire would be the ‘last chance’ to try to end Syria’s civil war, which has killed hundreds of thousands of people in five years.

Over these recent years of the war, French documentary photographer and Magnum member Jérôme Sessini has spent months in Syria,  taking a closer look at the conflict, and capturing intense, visceral moments in combat and graphically arresting city landscapes, over several trips.

One of the world’s most prolific and respected names working in the sensitive field of conflict zones, Sessini has been dispatched to war-torn countries like Palestine, Iraq, Lebanon, Libya for international publications, and has long been an important documenter in creating portraits of the frontline.

“When I was last in Aleppo, in February 2013, I felt it was the last time I would be able to come.” Sessini says. “Radical groups such ‘Jabat Al Nosra’ were increasingly visible, they held check points in the rebel areas of Aleppo, and fought with so-called ‘moderate rebels’ who started out in Aleppo… My fixer told me: ‘After we’re done with the Al Assad Army, the next enemies will be Islamist radical groups’. Three years later, ISIS is the strongest element in Syria, and the country has become a sort of ‘academy’ for jihadist apprentices, a stronghold for terrorists, exerting a strong migratory pressure over Europe. They have also completely reversed the political alliance in the country.”

Sessini’s work in Syria over recent years, including his series ‘The Streets of Aleppo’, confronts the issues still present today, stressing the importance of such imagery to provide a lasting testimony and wider depiction of the country and those fighting the war. The series of images highlight the difficulties of war photography and its purpose in providing insight that mainstream media can omit or misconstrue. “My series is just a finding of what a city at war looks like. I give a partial view, as I didn’t have access to the western part of Aleppo, which is under the control of the Syrian government. Viewers will form their own opinions through my war landscapes, ” he says. “Before I travel somewhere I don’t have any certitudes, just questions… By traveling and photographing I try to find answers.“