The Fragility of Peace in South Sudan

Emin Özmen witnesses the adversity of life in a Protection of Civilians camp and surrounding villages, as well as the hopes and resilience of the inhabitants Emin Özmen Sunday, 14, stands at buffer zone in POC (Protection of Civilians) site in Bentiu. She fled from her village on 2014 and arrived in POC after a long and dangerous walk through bush. Her father got (...)
killed in Leer. Leer and Mayendit counties. South Sudan. 2018. © Emin Özmen | Magnum Photos

The civil war in South Sudan, which entered its sixth year this winter, was ended officially in a peace agreement in September, 2018. In spite of this, civilians continue to face violence from armed groups, and displaced populations are living with urgent humanitarian needs in camps such as the Bentiu Protection of Civilians (POC) site. Magnum photographer Emin Özmen here reflects on his experiences working in South Sudan in late 2018, documenting the continuing crisis which is coming to the fore in Bentiu and its surrounding villages.

Özmen spent one week in the Bentiu camp, and a further week in villages in Leer and Mayendit. “I saw a lot of men with guns: armed groups are still present and live with civilians in surrounding villages. Around 120,000 people are living in Bentiu POC camp and most of them are or were supporters of the opposition. This camp is located in a zone controlled by the government. So you can imagine what fear they live in,” Özmen says. 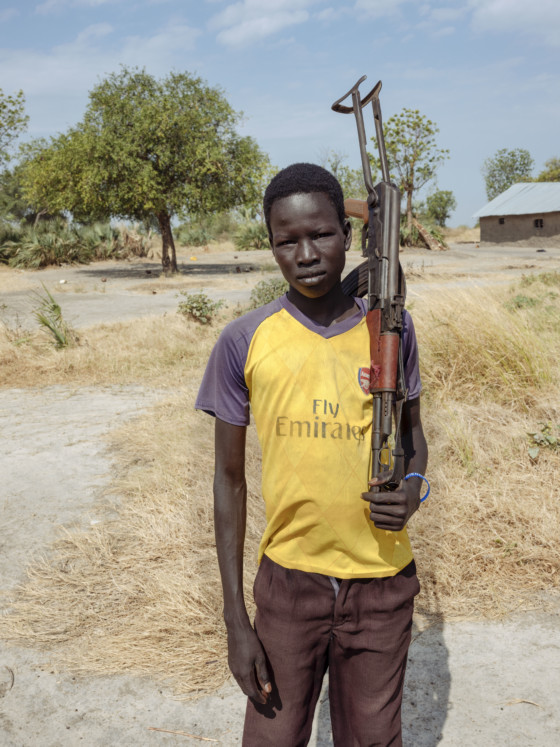 "Most of the people I talked to have lost hope of ever being able to live in peace. They live in fear that fighting will resume." 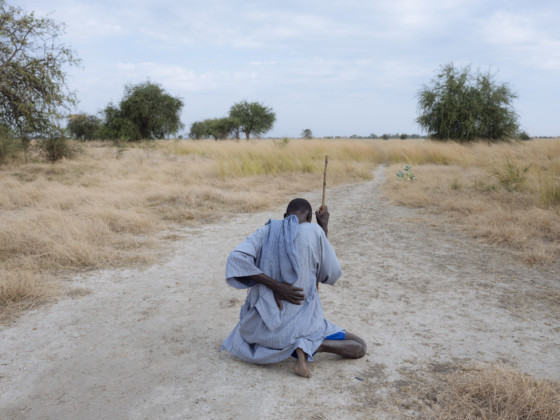 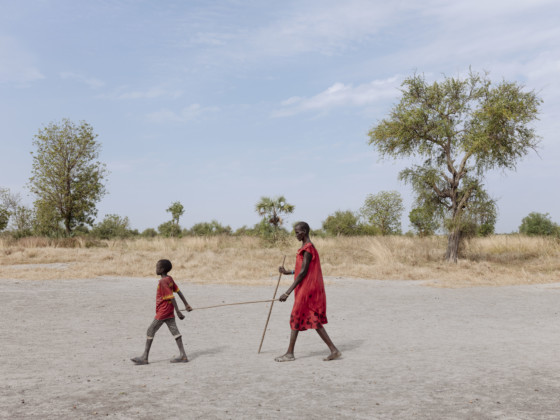 Emin Özmen Han, 10, helps his grand mother Chany, 65, who is blind and not able to walk alone. Han lost his mother because of sickness and his father is blind too. He takes care of his grandmother's daily nee (...)
ds on his own. Leer and Mayendit counties. South Sudan. 2018. © Emin Özmen | Magnum Photos 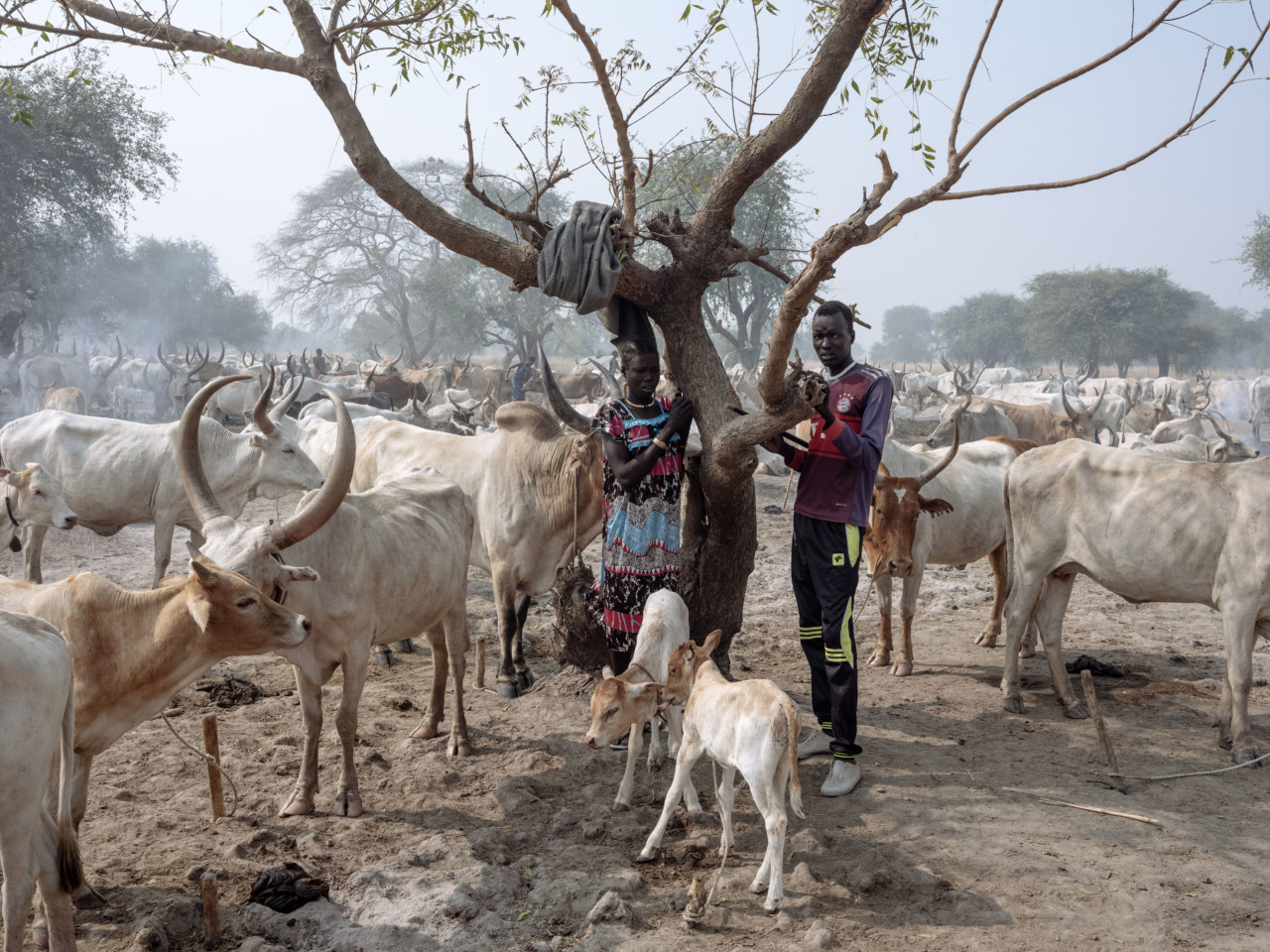 “There are security breaches and armed groups break into the camps and conduct raids: they loot, rape and kill. Civilians must also leave the camp to fetch wood, and fetch supplies to sell in the camp. Women are particularly afraid to go out because of rape, which is unfortunately very common. Their living conditions are very hard. Even if the camp is under UN protection, they don’t feel safe. If the refugees do not complain about the food in the camp, the hygiene conditions are sadly bad. While they have access to drinking water, they can only wash with waste water, which causes serious health problems.”

“Most of the people I talked to have lost hope of ever being able to live in peace. They live in fear that fighting will resume. The most striking thing is that they are all traumatized, they have all been victims of terrible attacks,” Özmen says. “Despite the difficulty of doing so, the population were kindly sharing their stories with me.” 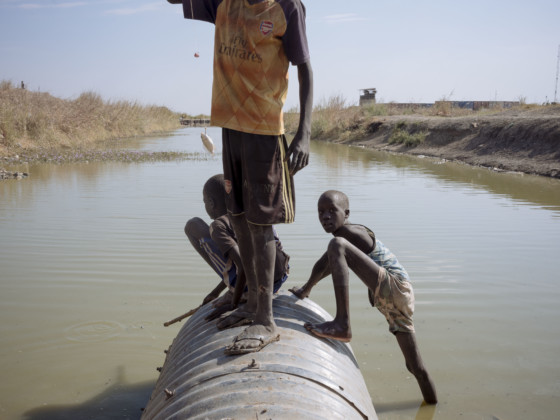 "Children and young people continue to smile but they all carry heavy traumas." Emin Özmen A child is seen in a barber shop during his hair cut in POC (Protection Of Civilians) site in Bentiu. According to the UN last reports, more than 4.2 million civilians had been displaced since th (...)
e beginning of the civil war in South Sudan (2013), 114,652 people took refuge in POC site of Bentiu. Leer and Mayendit counties. South Sudan. 2018. © Emin Özmen | Magnum Photos

The people Özmen has encountered in Bentiu consist mostly of women and children, as most men are on the front line, or have been killed in fighting. Reflecting on the everyday survival tactics of the camp’s younger residents, he says: “Despite the terrible years of conflict that have marked the population, life in the camp is improving thanks to small moments of joy. Young people improvise dances, organize karaoke, girls go to mass singing and dancing, others go to the hairdresser. They try to hold on to their still too rare moments of respite. So yes, children and young people continue to smile but they all carry heavy traumas.” Religion also plays an important role for the displaced residents: “There are many churches in the POC camp and in the surrounding villages. During the masses, all the churches are packed. People are very pious and feel the need to feel close to God. Belief is one of the reasons that keeps them alive.”

Whilst Özmen believes that the peace agreement represents a small ray of hope, he feels the reality he has witnessed in Bentiu illustrates the precarity of life in the political environment of South Sudan. “The tensions are still very high. After all that has happened, hatred and resentment between the two sides are huge, which makes the stability of peace very fragile.” "Belief is one of the reasons that keeps them alive." The Fragility of Peace in South Sudan