Moises Saman documents Syrian Refugees in Lebanon, Jordan and Turkey for Save The Children and reflects on his personal experiences in similar situations across the globe 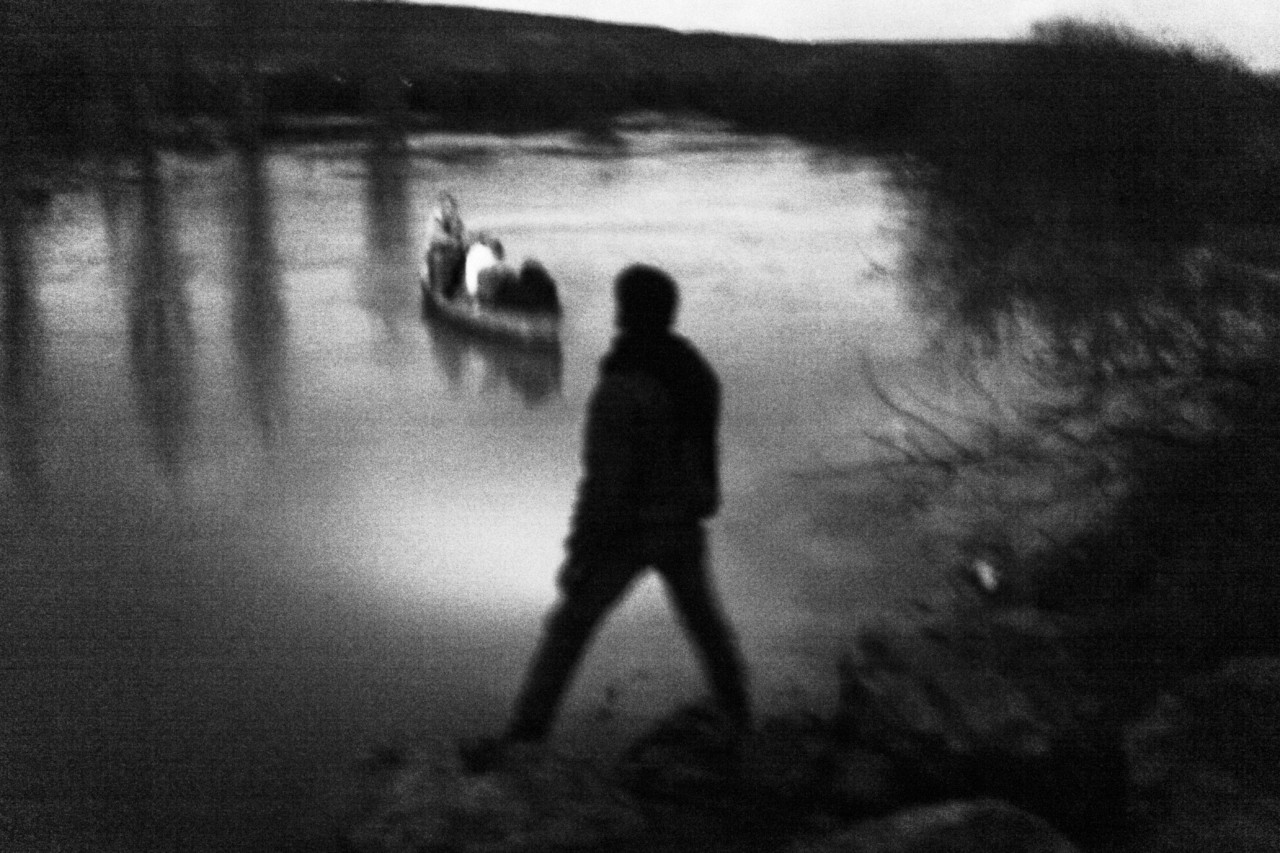 15
Moises Saman Under the cover of night a network of Syrian smugglers transport a family fleeing the violence inside Syria on a rowboat across the Orentes River, which marks a stretch of the border between northe (...)
rn Syria and southern Turkey. Since the start of the Syrian conflict in March of 2011 over 11 000 Syrian refugees have fled the country and are now living in refugee camps along the Turkish border. Along the Turkish-Syrian border in Hatay Province, Turkey. March 2, 2012. © Moises Saman | Magnum Photos 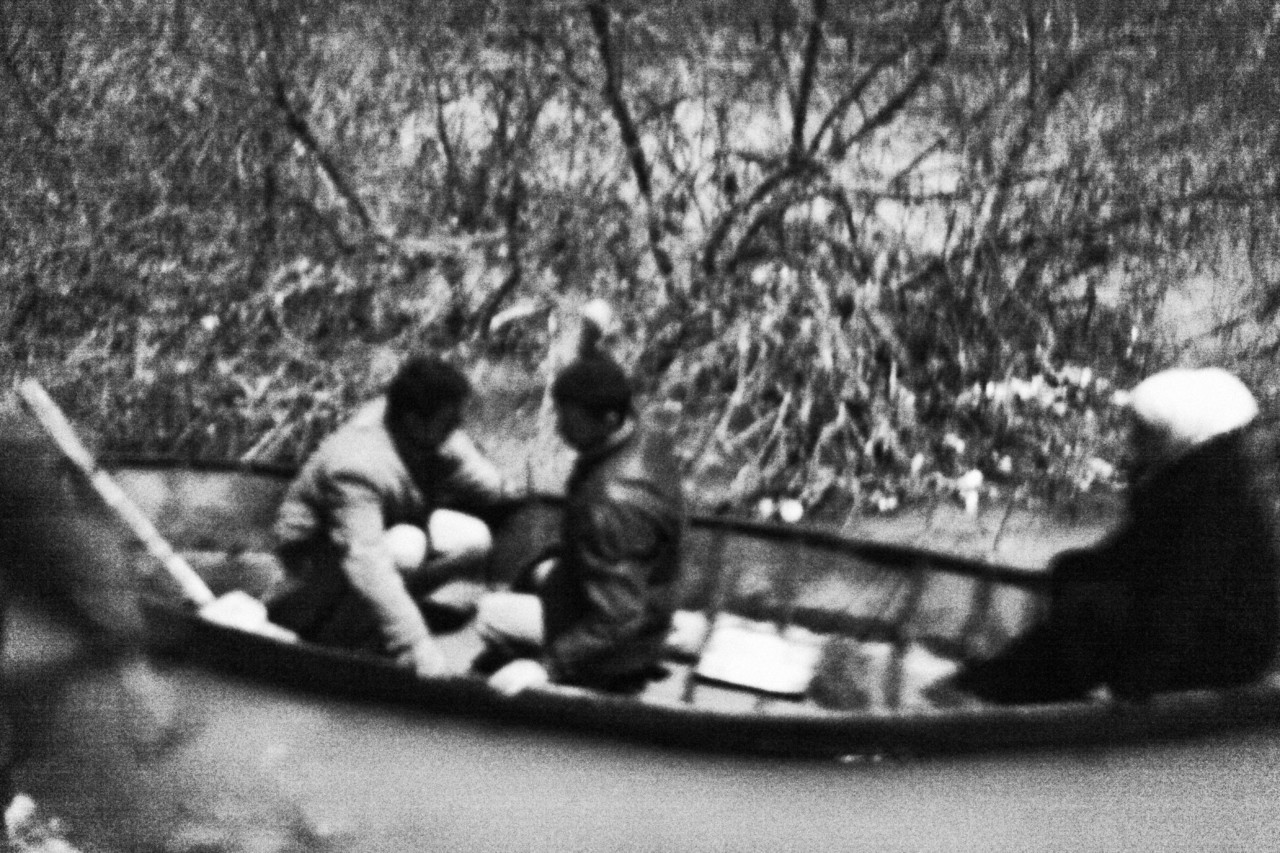 15
Moises Saman Members of a Syrian family sit on a rowboat on the Syrian side of the border with Turkey as they prepare to be smuggled across the Orentes River into Turkey. Along the Syrian-Turkish border in Idli (...)
b Province, Syria. March 2, 2012. © Moises Saman | Magnum Photos 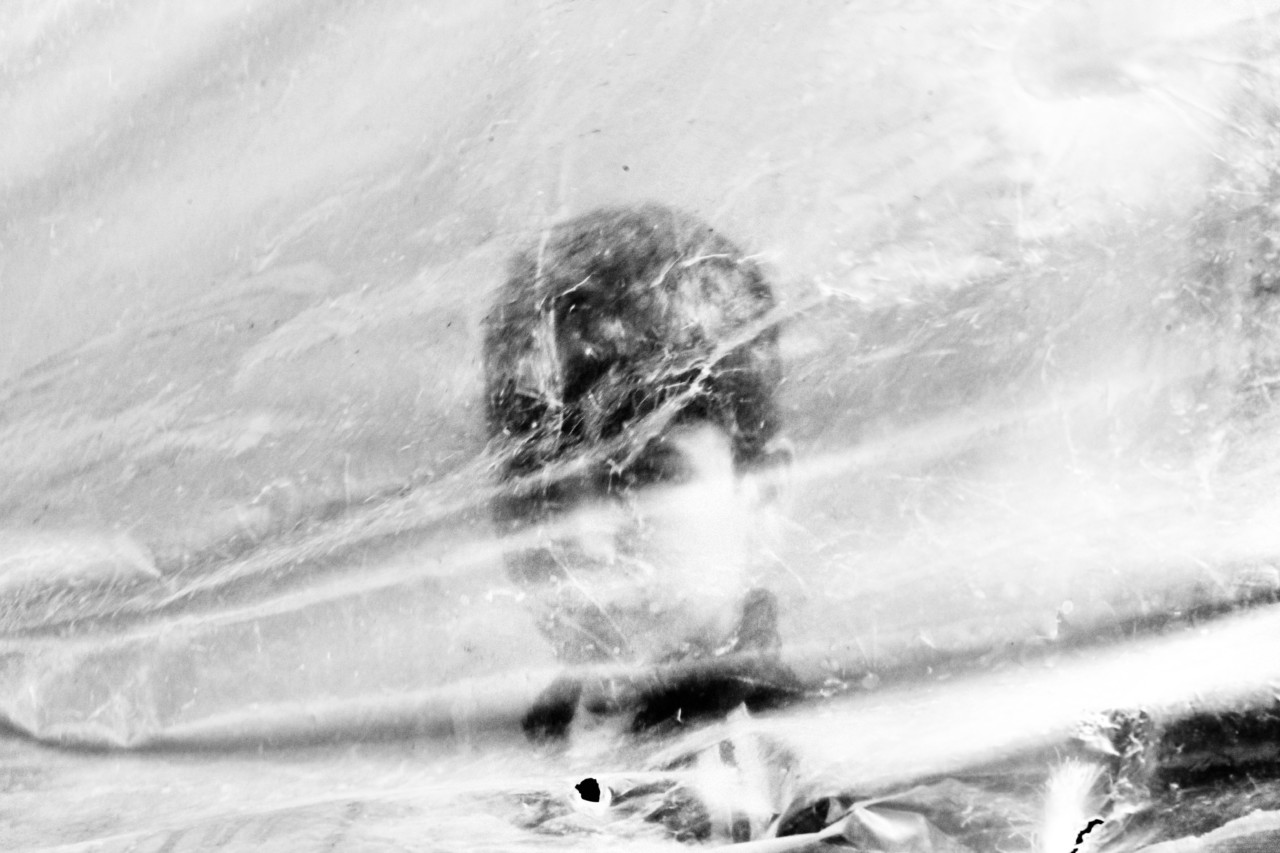 15
Moises Saman A Syrian boy stands behind a plastic tent cover at a refugee camp near the Turkish border village of Boynuyogun. The camp houses over 1 800 Syrians that have fled the violence since the start of th (...)
e conflict in March of 2011. Boynuyogun, Hatay Province, Turkey. March 4, 2012. © Moises Saman | Magnum Photos 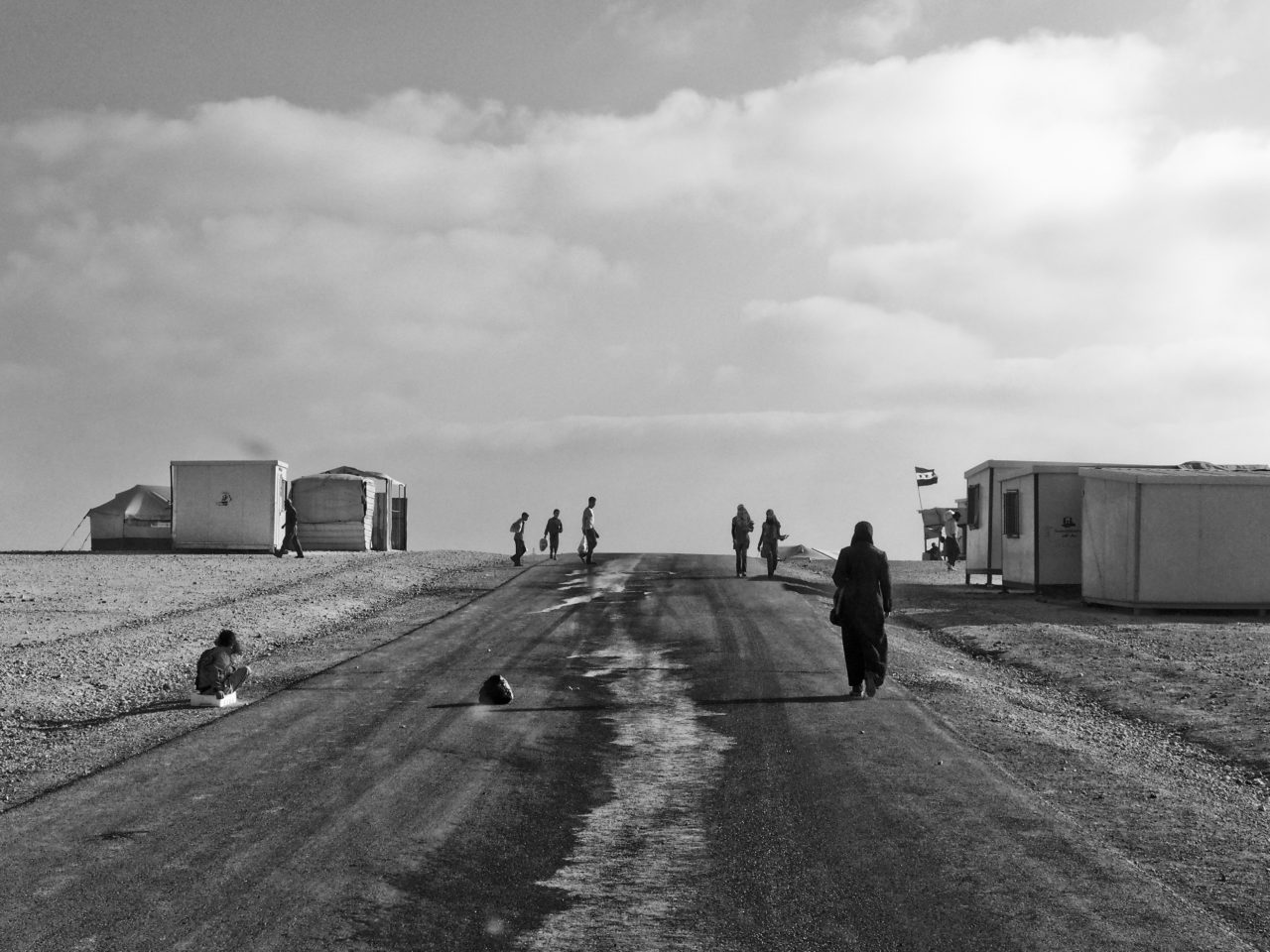 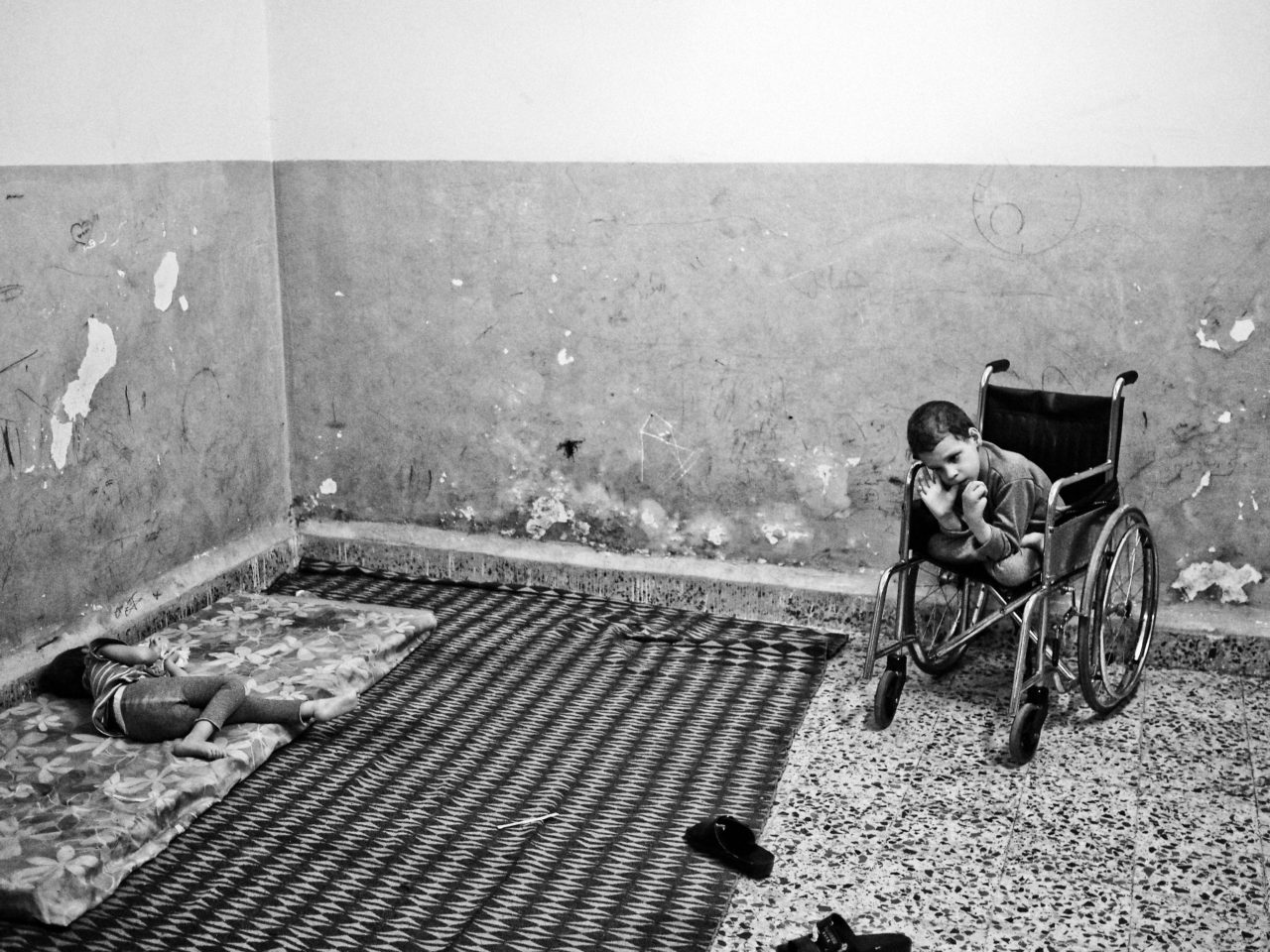 15
Moises Saman 8-year-old Hussein (right) and his sister Firyal (left), both suffering from cerebral palsy, inside their family's one-room house in the Wadi Haddad district of East Amman, an area where a large nu (...)
mber of Syrian refugees have settled. Amman, Jordan. June 12, 2013. © Moises Saman for Save the Children / Magnum Photos © Moises Saman | Magnum Photos 15
10-year-old Duaa, a Syrian refugee who suffers from cerebral palsy, sits on a couch at the entrance to her family's temporary home in the Wadi Haddad district of East Amman. Amman, Jordan. June 12 (...)
, 2013. © Moises Saman for Save the Children / Magnum Photos 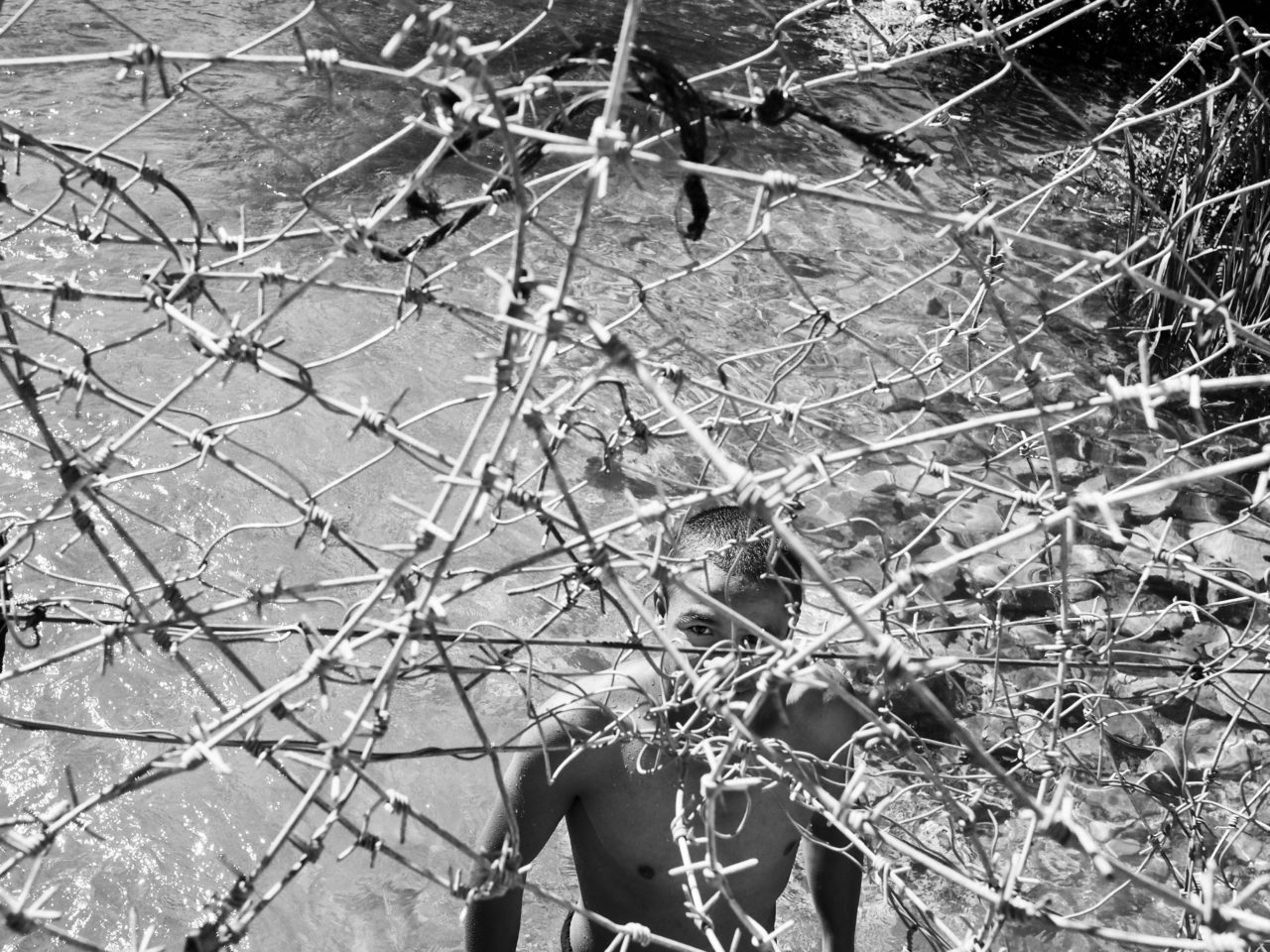 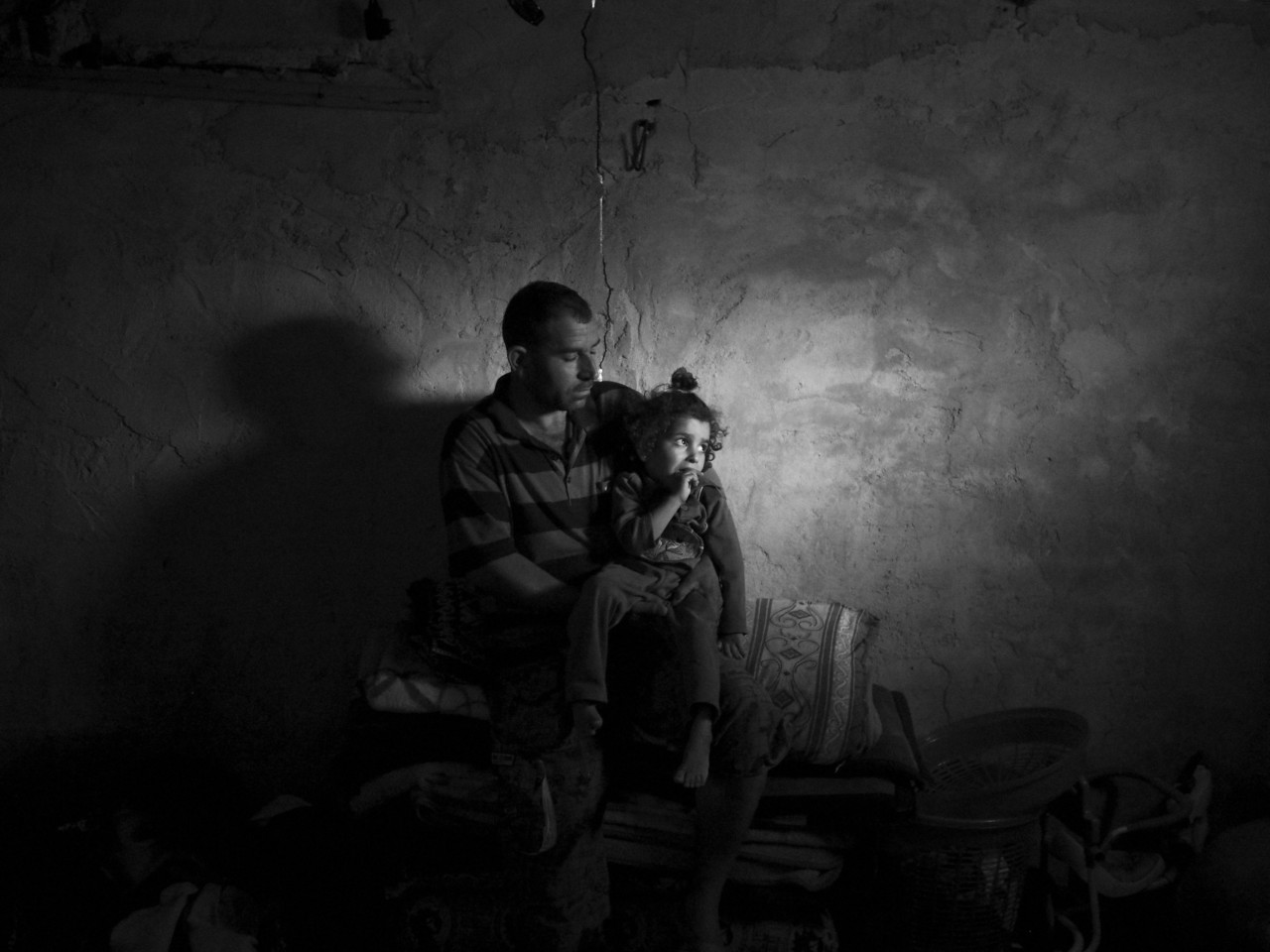 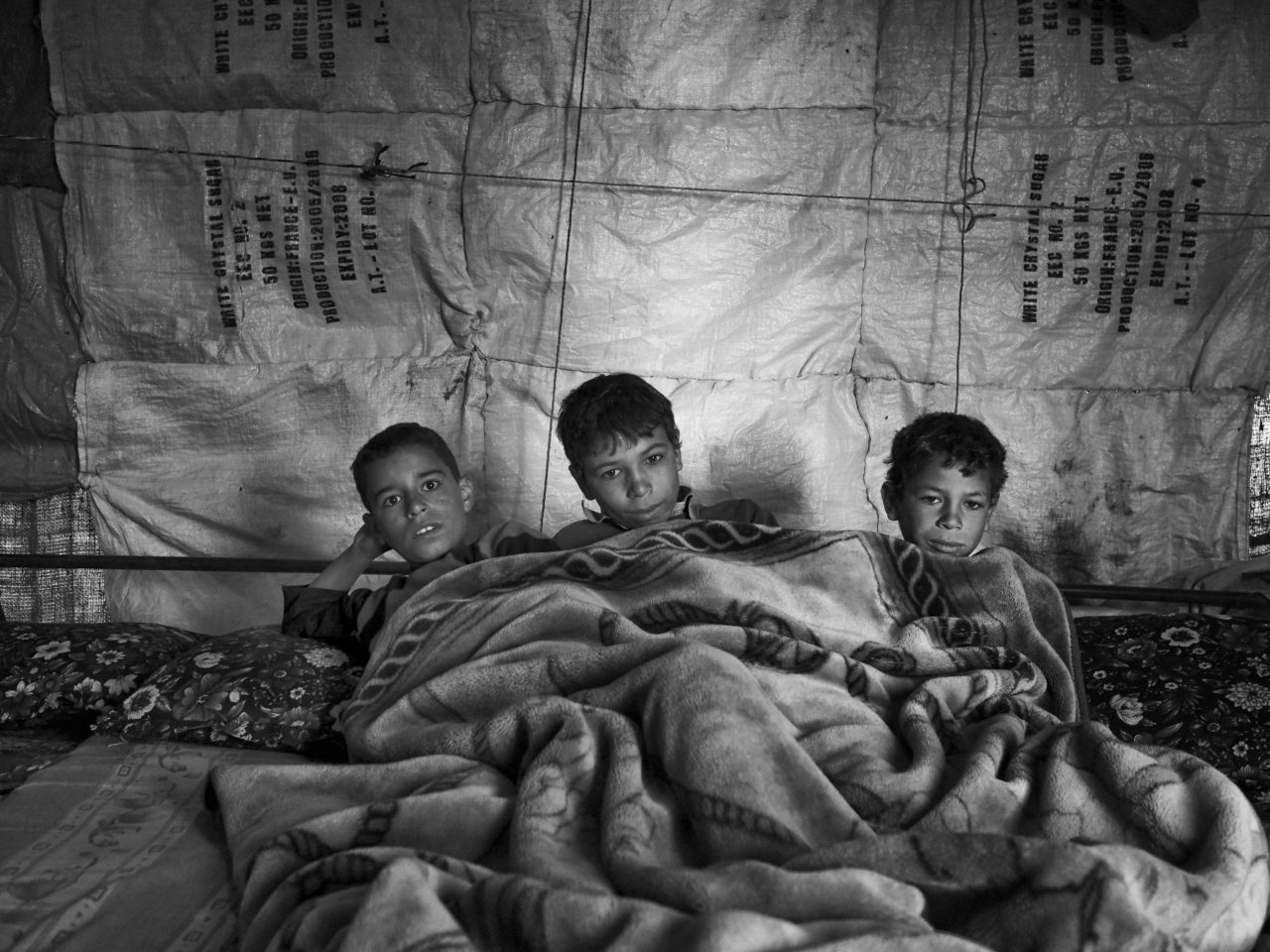 “Another war, another refugee crisis. This recurrent dynamic has become all too familiar after years of working in areas of conflict. Standing in the middle of Zaatari, the sprawling refugee camp for Syrians in Jordan, I could squint and be transported back in time to similar scenes I’ve witnessed in places like Albania, Haiti, Afghanistan and Congo.

These awful places share a common scent – a mix of dust, sweat and brewed tea – that at times is accompanied by the unnerving sound that wind makes against flapping tents. The countless testimonies of massacres, executions, rape, ethnic cleansing, escape, survival, merge into a single narrative, one that amounts to slightly different versions of the same horror movie.

I remember photographing the first wave of Syrian refugees in early 2012. Under the cover of a cold winter night, and a young couple held tightly to their baby girl while trying to balance aboard a rickety boat that was smuggling them across the Orontes River, from Syria’s Idlib Province into the safety of Turkey. Since then more than 1.5 million Syrians have fled their homeland, seeking shelter wherever they can find it, renting apartments in east Amman, sleeping in makeshift tent settlements in the Bekaa Valley, or confined to fenced-in tent-cities along the borders of Jordan, Turkey, and Iraq.

As the war drags on, some of these camps are taking on the shapes of more permanent settlements. Cement structures and pre-fab trailers are slowly replacing the more temporary cardboard and plastic tents, echoing the past transformation of the original Palestinian refugee camps in Lebanon or Gaza. Refugees, too, become hardened with time, and their initial openness to share their experiences with a visiting stranger turn to silence, anger and frustration. I cannot help but feel a certain dose of guilt and pessimism when I chose to return to work in these camps. It is most agonizing when I encounter a Syrian family that I photographed in the past, only to find newly arrived relatives adding to the same small space; or when for the umpteenth time, a tired-looking refugee screams at me, demanding to know what good will the pictures do.” – Moises Saman, June, 2013.