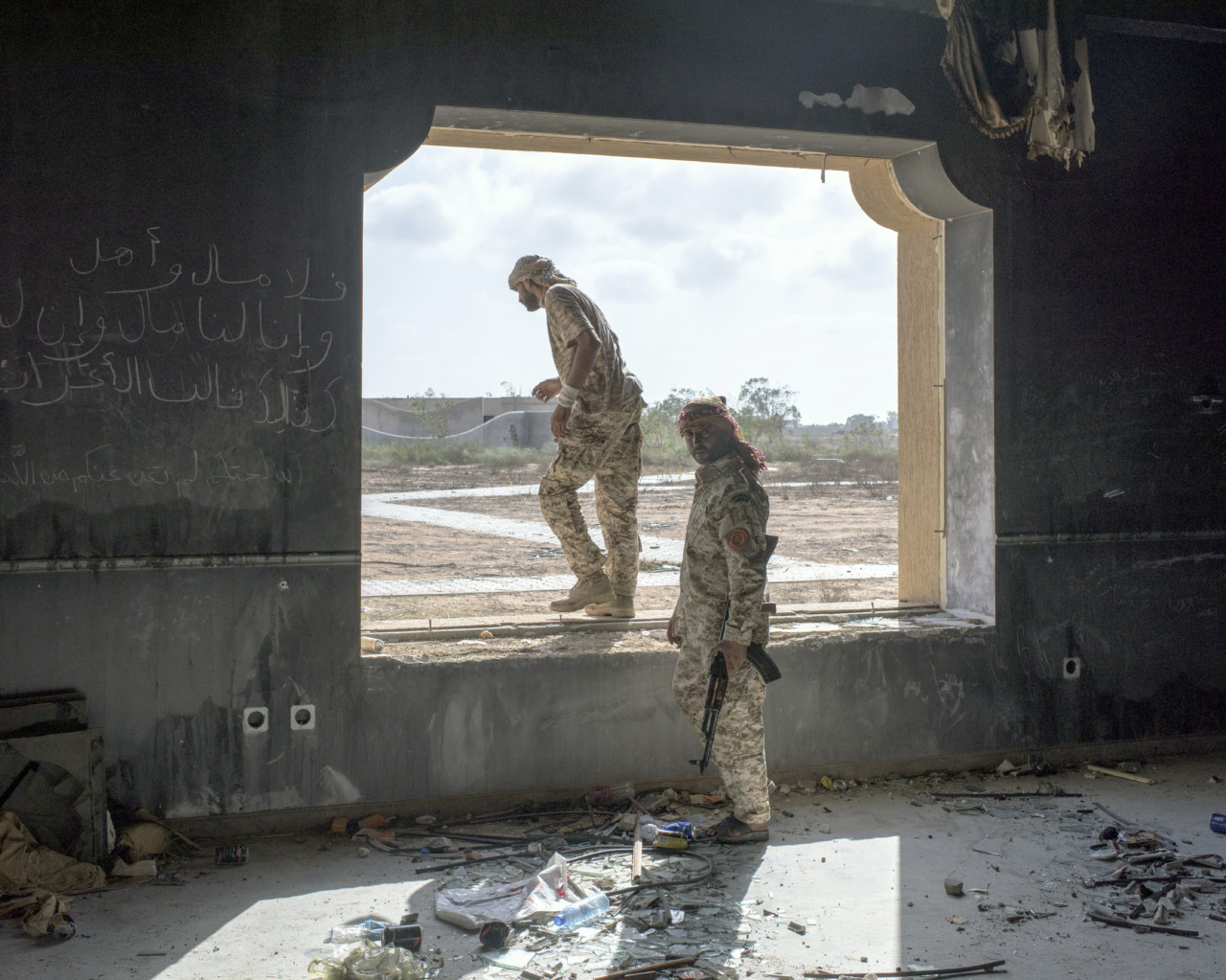 Lorenzo Meloni Two fighters on the frontline in a newly-captured building in the grounds of the Ougadougou Complex. Libya, Sirte. July 2016. © Lorenzo Meloni | Magnum Photos

Islamic State militants are making their last stand in Libya’s Mediterranean port city Sirte, but their defeat may only herald greater confusion.

In a scathing report released last week, the UK’s Foreign Affairs Committee condemned the 2011 NATO intervention in Libya – launched after violent protests had broken out – saying it was “reactive” and “not informed by accurate intelligence.”

The threat to civilians was overstated, the report said, and the British government failed to recognize that the rebels included a significant Islamist element. Within months, NATO’s action to protect civilians had “drifted into an opportunist policy of regime change.”

Though the veracity of the UK report has been questioned, the anger around its findings is an indicator of the level of helplessness felt by those seeking an end to the conflict. 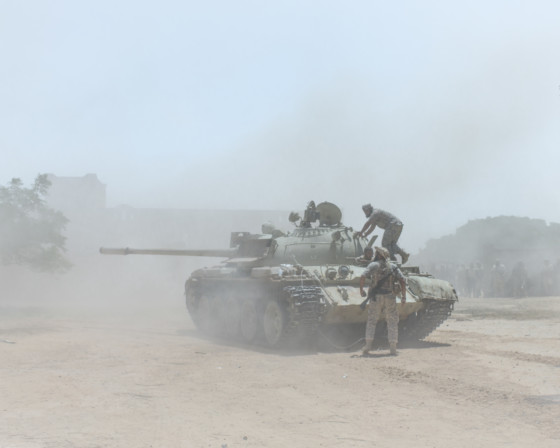 Magnum photojournalist Lorenzo Meloni has been visiting the country since 2011. “The situation in Libya is getting worse and worse,” he says. “There is not any improvement.”

Meanwhile, anti-western sentiment is increasing, according to Meloni. On August 1 this year, the US confirmed that it was carrying out air strikes to help the Libyan forces. While the Libyan fighters he met are pleased about this “because it really helps them to save a lot of lives,” Meloni said, “generally the feeling with the west is not really the best.”

“There are British forces on the ground, Italians are providing some help in the hospitals, there are rumors that Italians are also providing help from the sea, [but] they mainly say it is not enough, what Europe is doing for them.”

Meloni visited Libya for six weeks between June and August, and then again in September. 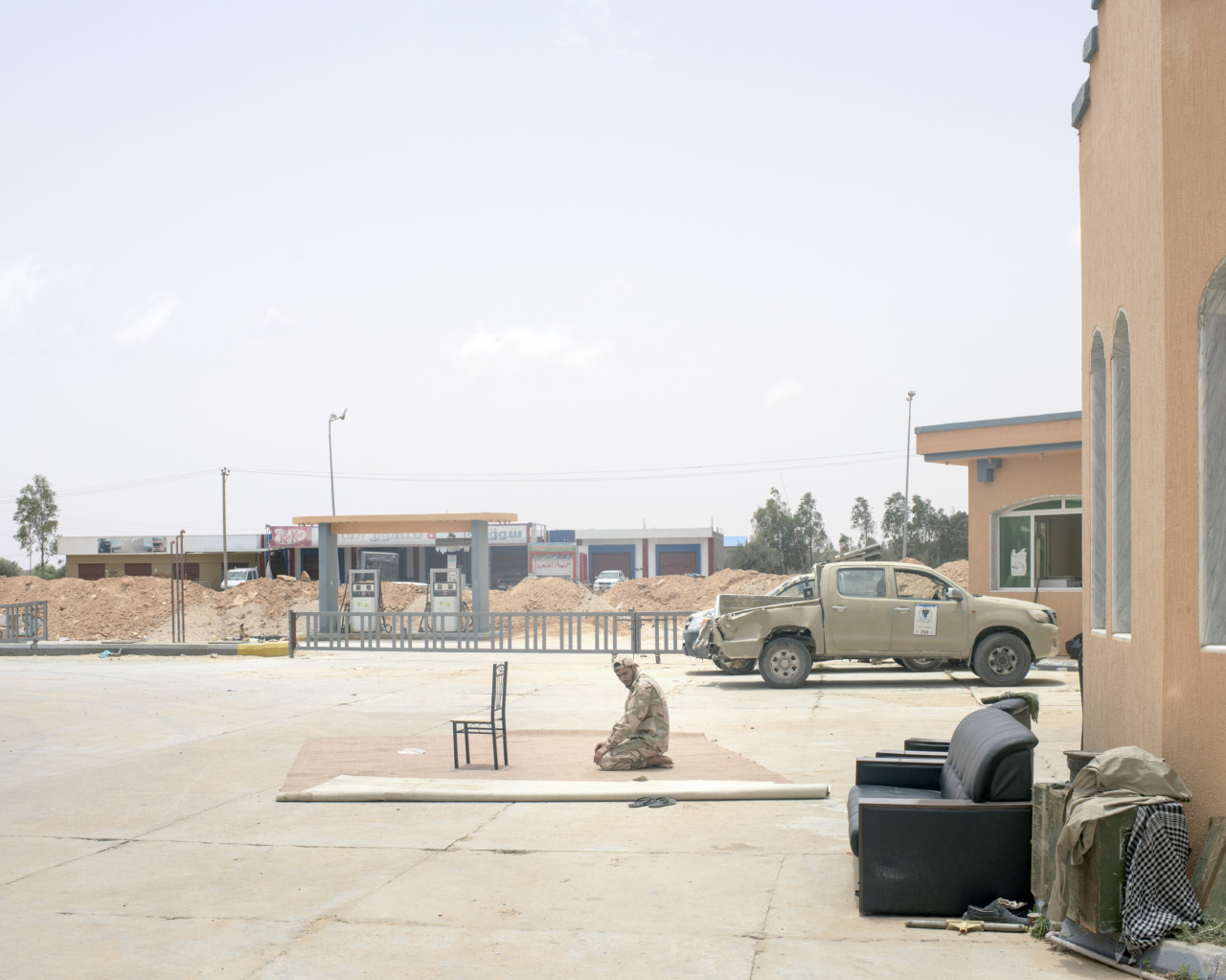 Lorenzo Meloni Before going to battle, a Libyan fighter prays in the grounds of a petrol station which is being used as a military headquarters. Sirte, Libya. July 2016. © Lorenzo Meloni | Magnum Photos

His photos of the pro-government troops, who mostly come from Misrata, show the frontline along with all the non-violent staples of war: fighters praying, washing, and resting on threadbare mattresses on the ground.

IS enforced strict Sharia law on Sirte during the two years the group controlled it. More than 40,000 residents are thought to have fled, while those who stayed witnessed public beheadings, hangings, and experienced constant fear that they could be pulled from their bed at any time and disappeared, according to Human Rights Watch.

As the Islamic militant group retreats, Meloni’s photos have documented the evidence its fighters left behind: a painted black flag; hair cuttings scattered as militants shaved their beards to escape undetected; a table overturned as they evacuated. Bloodstains cover one wall, denoting the spot where a landmine exploded and killed a Libyan commander. 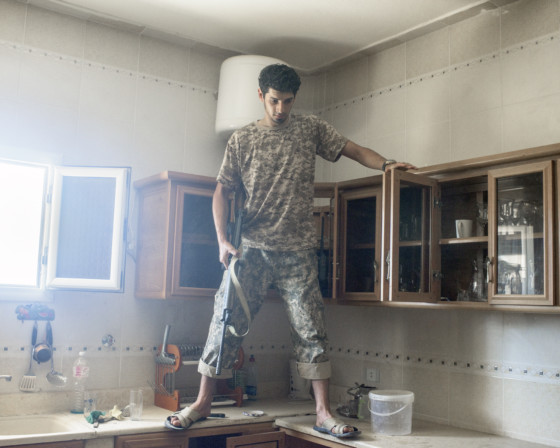 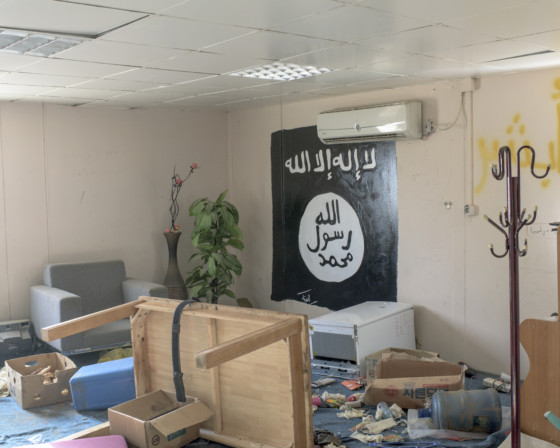 Lorenzo Meloni The black flag of IS painted on the wall of a living room in a complex of buildings occupied by IS fighters. Libya, Sirte. July 2016. © Lorenzo Meloni | Magnum Photos

"There are British forces on the ground, Italians are providing some help in the hospitals, there are rumors that Italians are also providing help from the sea, [but] they mainly say it is not enough
" Lorenzo Meloni LIBYA. Sirte. July 2016. A Libyan military jet at an airbase destroyed by IS. Militants sprayed one of their favourite mottos on the side: ‘remaining and expanding’ © Lorenzo Meloni | Magnum Photos

Libya has been shattered by war since the 2011 uprising, which began that February in Benghazi, and quickly spread.

Sirte was Gaddafi’s home city. It’s also where he was killed in October, 2011 – the backdrop to the blurry but graphic videos which chronicled some of his final moments.

Five years later, as warring militias and political groups continue to clash in the country, the focus on capturing this city is almost a distraction; it’s a symbolic prize that could prove a curse.

A defeat of IS in Sirte will be momentous: stymieing the growth of IS in Africa. The Islamic militants – who know this – are using everything they have to resist the Libyan fighters, including suicide car bombs and landmines.

While Sirte may feel like a key battlefield, Meloni says it’s actually marginal. “[People] are mainly worried about their political problems. They’re not really related to Daesh [IS], Daesh is a military problem they can defeat, they can easily solve it. They’re more worried about the government.” 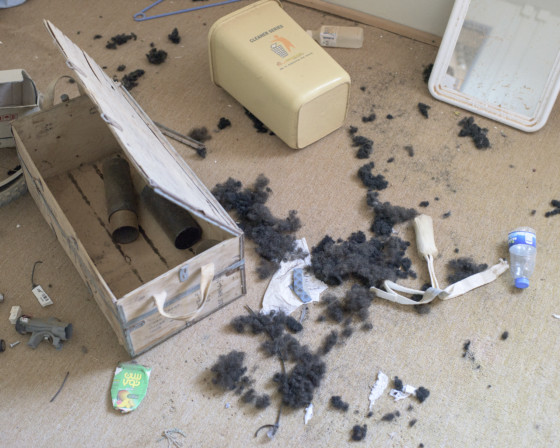 Lorenzo Meloni Hair cuttings and beard trimmings from IS fighters who shaved before fleeing the premises they occupied, to be able to be disguised amongst ordinary civilians. Sirte, Libya. July 2016. © Lorenzo Meloni | Magnum Photos Lorenzo Meloni The bloodstains from an explosion of a landmine which killed the commander of a bomb disposal unit who was trying to dismantle the mine. Libya, Sirte. July 2016. © Lorenzo Meloni | Magnum Photos 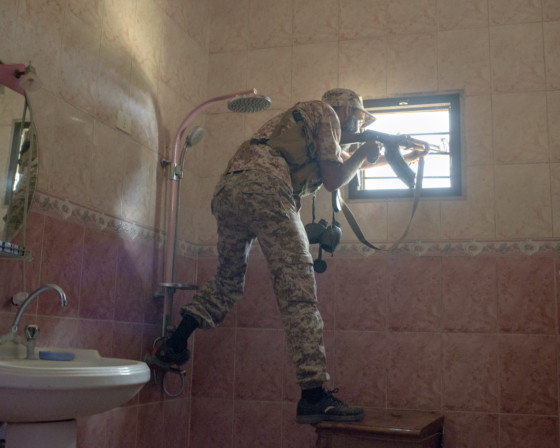 Lorenzo Meloni A Libyan sniper in Sirte’s Hay Dollar district.In the meantime, photography like Meloni's offers snapshots of the action, stasis, and mounting death toll that exemplifies a five-year-old conflict, (...)
raising understanding of a complex situation which Meloni says has no standout scenes and no memorable quotes, but simply continues towards an uncertain future. Libya, Sirte. July 2016. © Lorenzo Meloni | Magnum Photos Lorenzo Meloni A Tuareg fighter with an RPG on the frontline against IS in the Hay Dollar neighbourhood of Sirte. Libya, Sirte. July 2016. © Lorenzo Meloni | Magnum Photos Lorenzo Meloni LIBYA. Misurata. July 2016. Mourners line up to give condolences at the funeral of a fighter killed in Sirte © Lorenzo Meloni | Magnum Photos

Last week’s UK Foreign Affairs Committee report concluded that the UN-backed government in Tripoli must now be fully supported by the international community because “the alternative is political fragmentation, internecine violence, economic collapse and even more human suffering.”

However, as both the report and sentiment on the ground has shown, there’s always a need to consider other possible outcomes.

Despondency in Libya is growing, and there may be cause for a backup plan.In the meantime, photography like Meloni’s offers snapshots of the action, stasis, and mounting death toll that exemplifies a five-year-old conflict, raising understanding of a complex situation which Meloni says has no standout scenes and no memorable quotes, but simply continues towards an uncertain future. 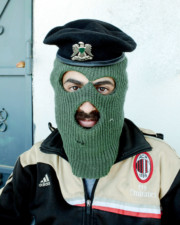